Today’s photos come from Charles Schwing, whose captions and IDs are indented. Click on the photos to enlarge them.

Here are some game camera pictures of the larger predators photographed at the Archer Taylor Preserve in the western hills above the city of Napa, CA. The picture below shows most of the approximately 400 acres in the Preserve. Caretakers live in the residences at the bottom left and to the right of center. 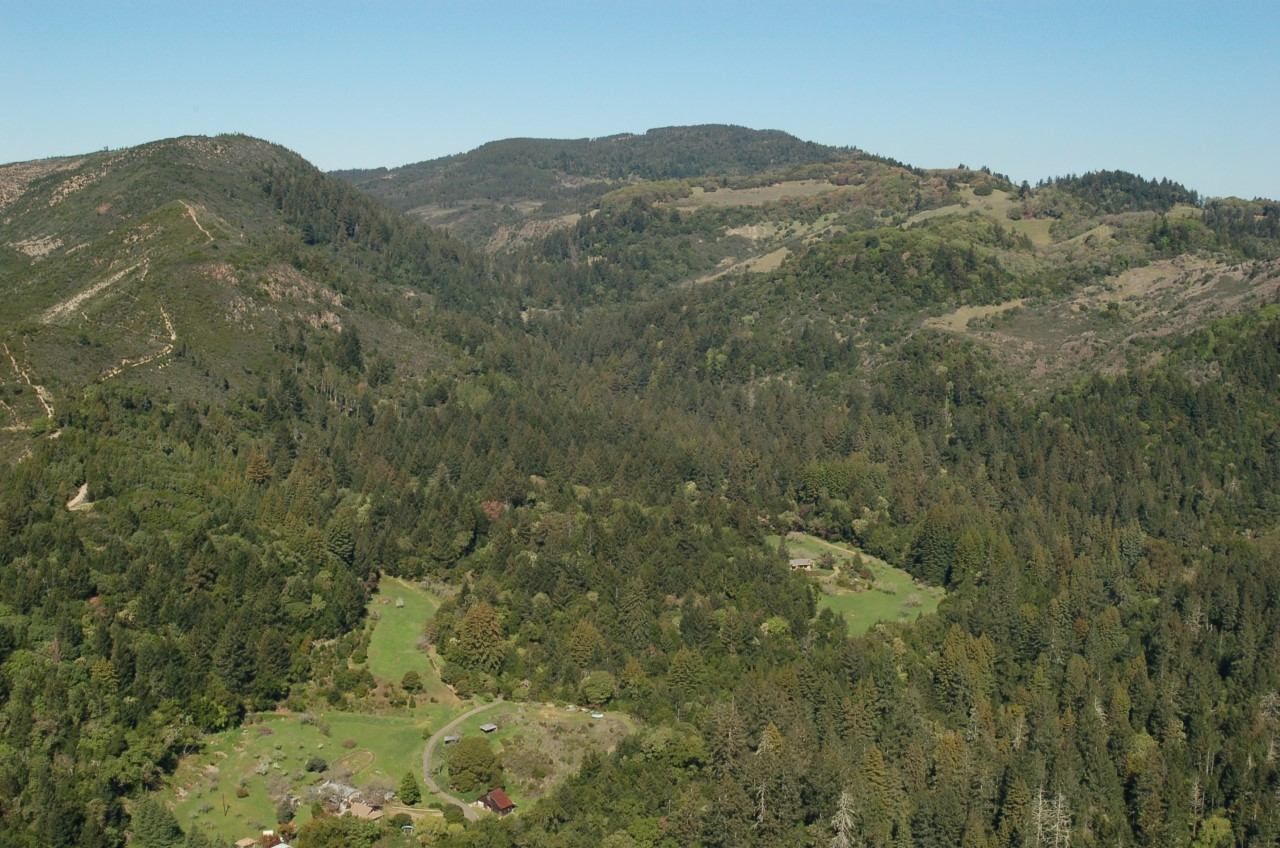 Above is before the 2017 fires, below is afterward.

The largest predator we’ve caught on camera is an American black bear (Ursus americanus). We suspect the bear is not resident. We get photos only occasionally – once or twice a year. 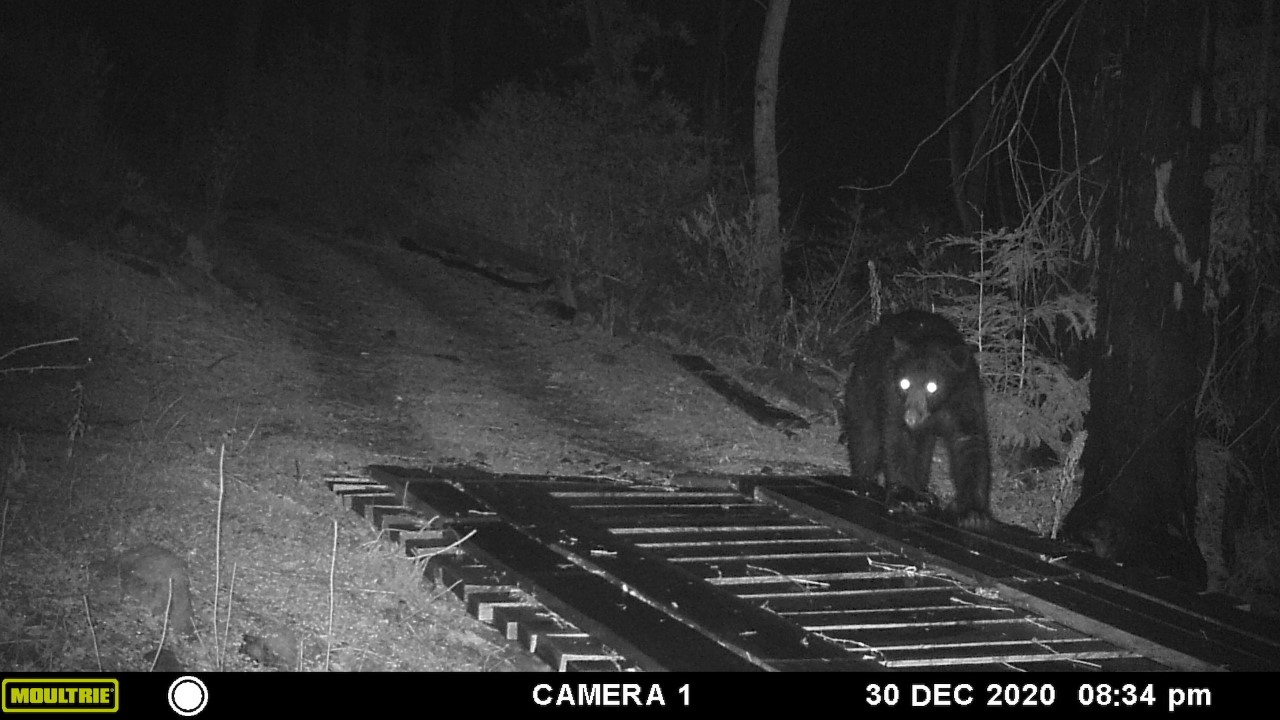 Not far behind the black bear in size and seen much more frequently (on camera, virtually never in person) is Puma concolor, locally called mountain lion or puma and panther or catamount in other parts of the country.

In the last year or so we have found pictures of two different families. The collared puma (Puma concolor, also called a “cougar”) is P4 (see this very informative site). The uncollared female and her offspring have been showing up frequently enough that we suspect their territories overlap in the vicinity of the Preserve.

The charred trees in the background are what much of the Preserve looks like 3.5 years after the Nuns fire swept through in October 2017. 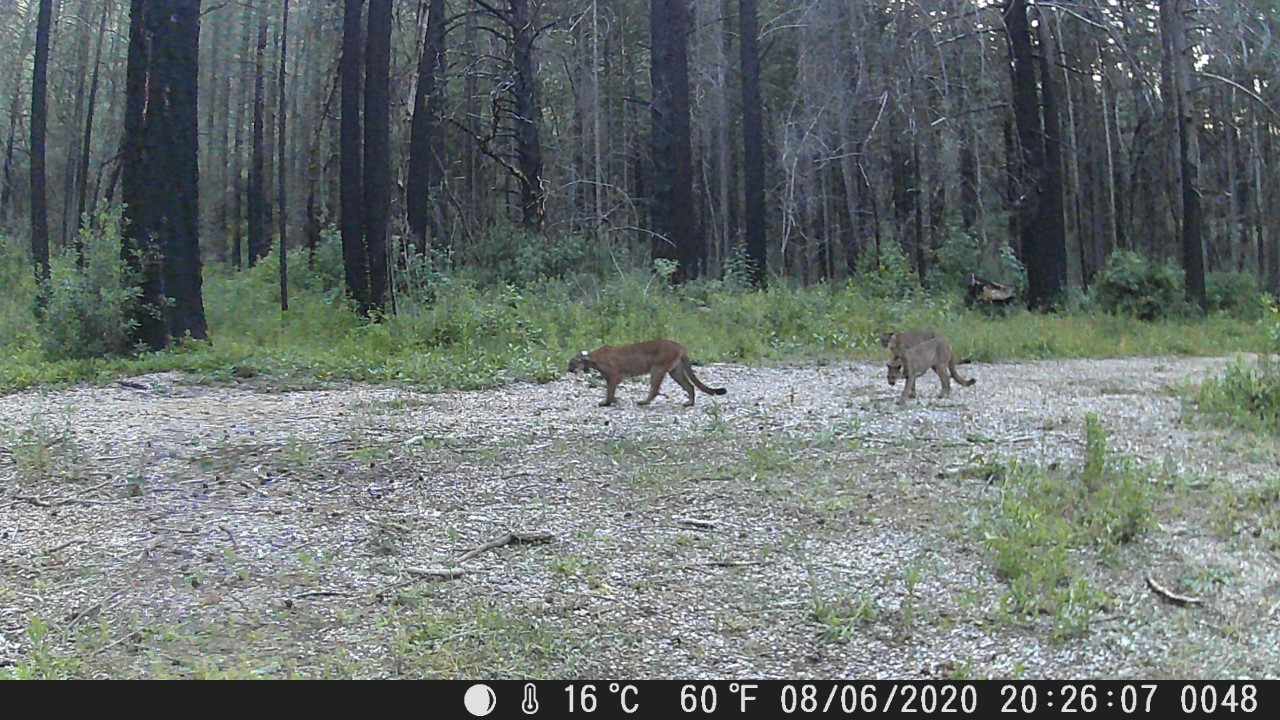 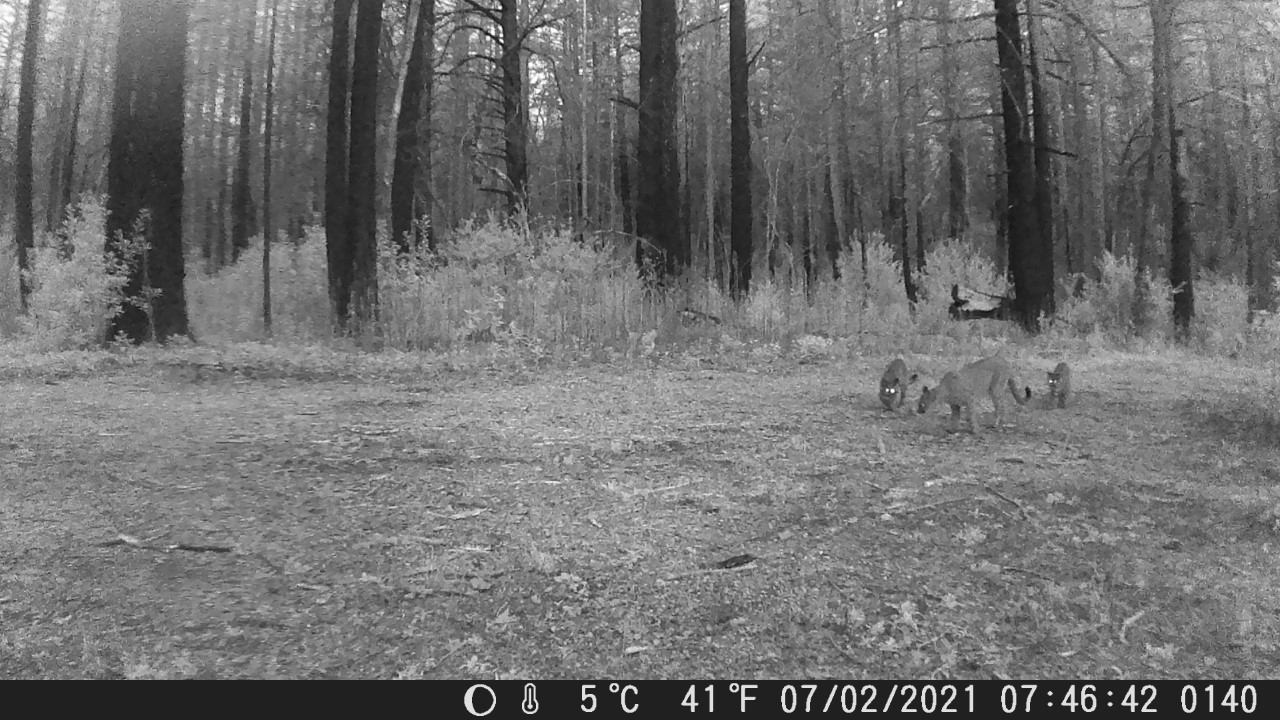 None of the other predators are nearly as large. Shown are coyote (Canis latrans), bobcat (Lynx rufus), and gray fox (Urocyon cinereoargenteus). 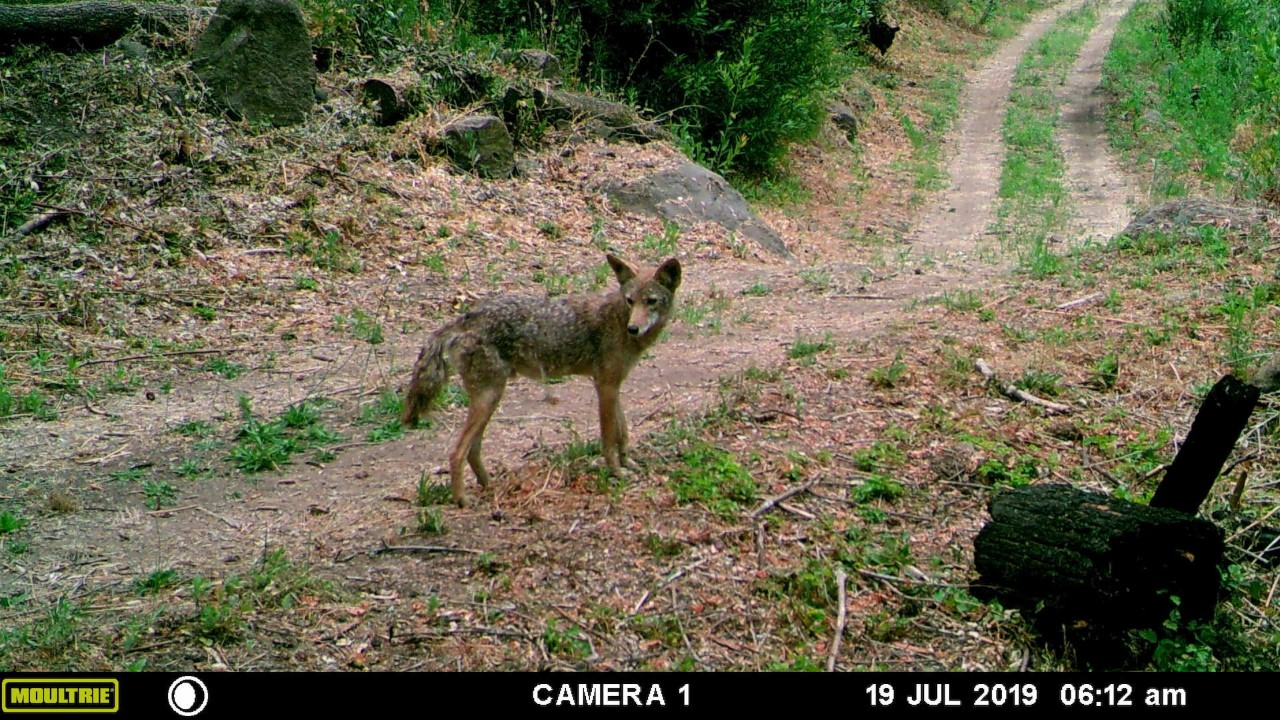 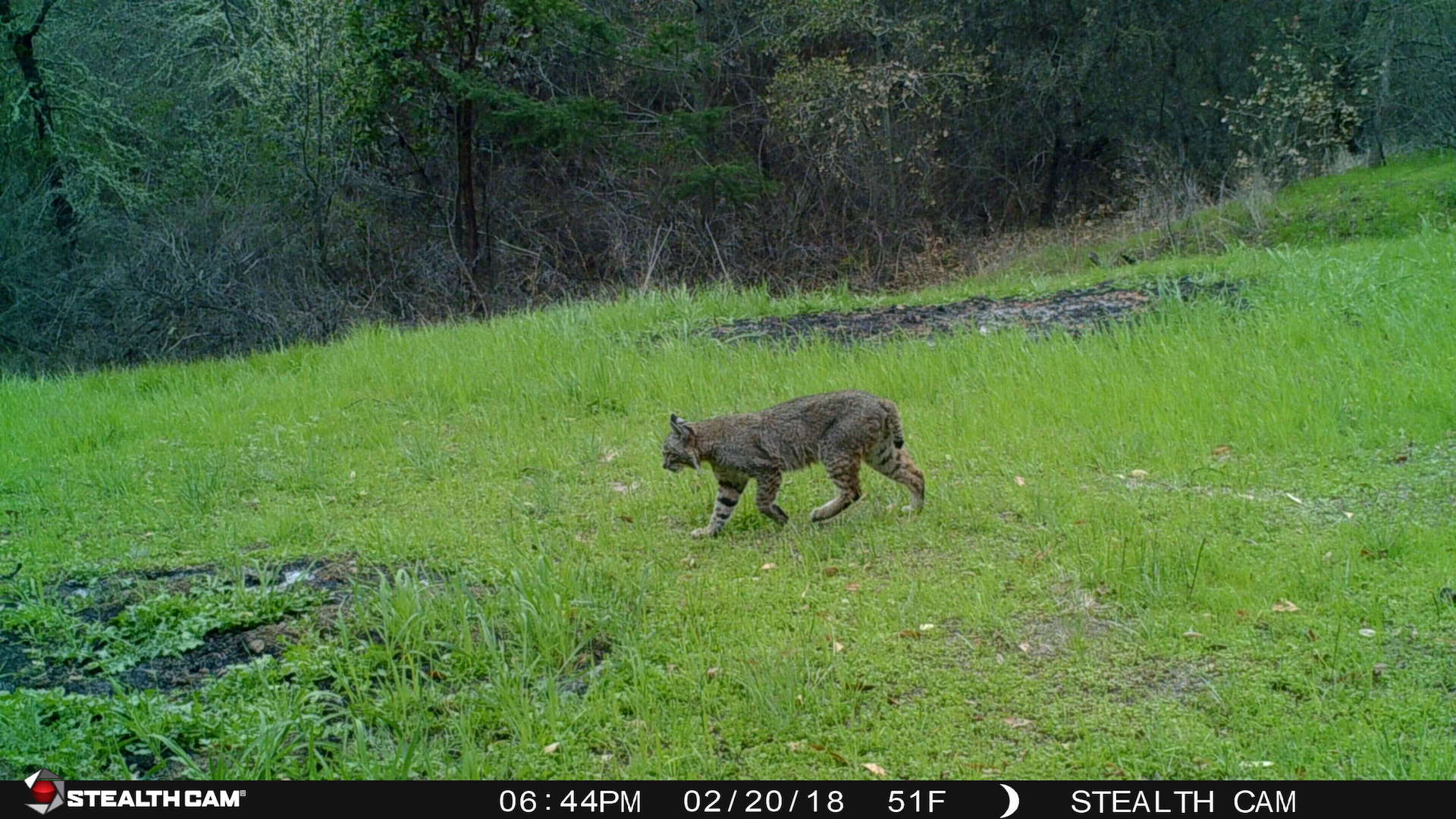 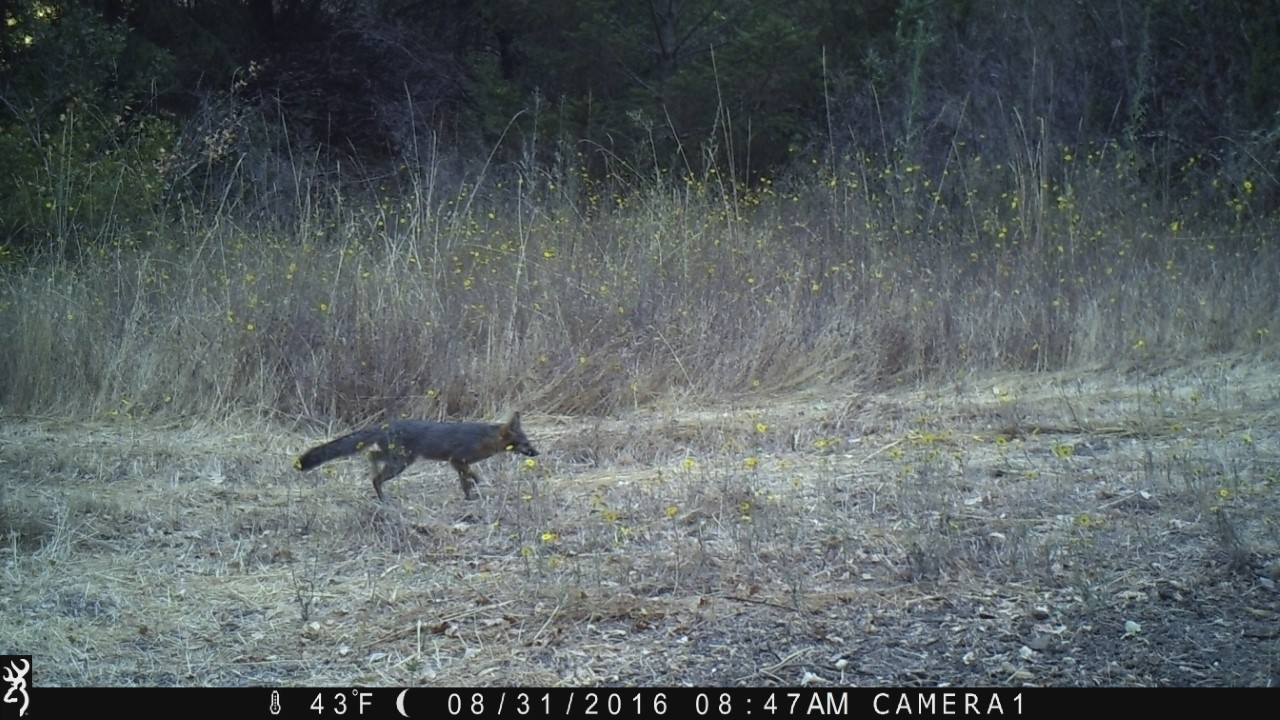