As far as I know, Franco is still dead, and the Bidens still haven’t brought a cat into the White House.

Derek Chauvin, the policeman who knelt on George Floyd’s neck as he died, has been sentenced to 22.5 years in prison for second-degree murder. He could have gotten 34 years, while the defense, unrealistically, asked for probation plus time served. The judge said his sentence was levied not to “send a message” or to “cater to emotion”; the statement that he was not using it as a deterrent was interesting.

Van Jones thinks the sentence is too lenient:

CNN political commentator Van Jones reacted moments after the judged sentenced Derek Chauvin to 22 1/2 years in prison, calling the sentence “very disappointing” and saying the judge should have handed down the maximum possible penalty for the murder of George Floyd.

“I know people doing 15 years for nothing, for victimless crimes of drug possession,” said Jones, referring to the minimum time Chauvin is likely to serve in the case. “Very disappointing.”

Jones pointed to aggravating factors the judge had identified in the case, saying they should have resulted in harsher sentence both as a punitive measure for Chauvin, but also as a warning to other law enforcement officials.

But Chauvin still faces federal charges on top of the state ones, and his sentence will likely be longer. As a cop in prison, he’ll have a tough row to hoe. When the sentence was announced on last night’s NBC Evening News, the sentence was called part of America’s “racial reckoning,” yet everyone forgets that Chauvin was not charged with a hate crime, and that his reprehensible and murderous act was not shown to have involved racial animus.

The three other cops on the scene face their own federal charges, and their trials haven’t yet begun.

I don’t level the charge of “racism” lightly, but all the new voting rights laws passed in the South make sense to me only in light of states trying to make it harder for black people to vote. Fortunately, Attorney General Merrick Garland has announced a government lawsuit against Georgia’s new “voting rights” law—on the basis of racial discrimination:

“Recent changes to Georgia’s election laws were enacted with the purpose of denying or abridging the right of Black Georgians to vote on account of their race or color, in violation of Section 2 of the Voting Rights Act,” Garland said Friday at the Justice Department.

Good for Garland, who himself was sabotaged by Republican perfidy.

The search for survivors in the Surfside Florida condo collapse continues, but things are looking grim. Now 159 people are unaccounted for, and 4 have died.

Chris Carter, who created the X-Files show, has an article in the NYT in which he think the new government report on “UFO”s will be inconclusive. Click on screenshot:

While it does give both sides (disbelievers: “where are the deathbed confessors if they’ve seen UFOs and aliens?), Carter generally seems to have some confirmation bias. His op-ed ends with the words, “I want to believe.”  Well, don’t we all? But wanting to believe means that you have to be even more skeptical than usual.

Sure enough, as I wrote this an article by Shane Harris in the WaPo came across my news feed, and the report is inconclusive:

The U.S. government was unable to determine whether more than 140 unidentified flying objects, many of them reported by Navy aviators, were atmospheric events playing tricks on sensors or crafts piloted by foreign adversaries, or whether the objects were extraterrestrial in origin, according to a long-anticipated report released Friday by the nation’s top intelligence official.

The report finds no evidence that the objects, characterized as unidentified aerial phenomena, or UAPs, were the handiwork of alien beings. But in almost all of the 144 cases that a team of government experts examined, a lack of data stymied their efforts to say definitively what they were.

The largely inconclusive results of the report, which was required by Congress, are sure to fuel Americans’ long-running interest in unexplained sightings, which have received unprecedented levels of attention in recent years from government officials and lawmakers.

You can read the full report here.

Some of the possible non-alien explanation for the UAPs (UFOs are know called “Unidentified Aerial Phenomena”) are in the article; see for yourself.  Aliens are grouped in the “other” category.

The NYC Pride Parade has, for the first time, banned LGBTQ cops from marching in the parade in uniform. The ban will be in effect until at least 2025. The reason? Apparently a growing animus against police. If you ask me (and nobody did), this is counterproductive, for what could improve relationships between the LGBTQ community and the cops more than cops openly participating in the march? Otherwise, how would we know they were police? (Could they carry a sign?) Andrew Sullivan doesn’t approve of the ban.

Stuff that happened on June 26 includes:

Here’s the earliest surviving portrait of Richard III, painted in 1520, after he had died in battle. His remains were found under a car park in Leicester in 2012; one of the identifying features was his twisted spine, a result of scoliosis: 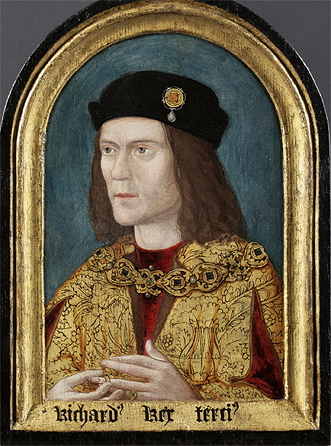 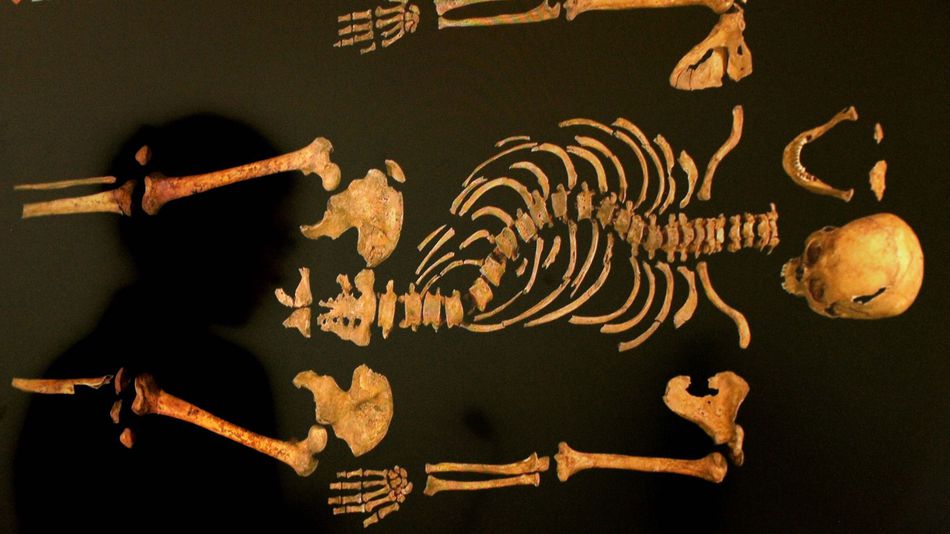 The blockade lasted three months and involved more than 250,000 flights over Berlin. Here’s one landing at West Berlin’s Tempelhof Airport 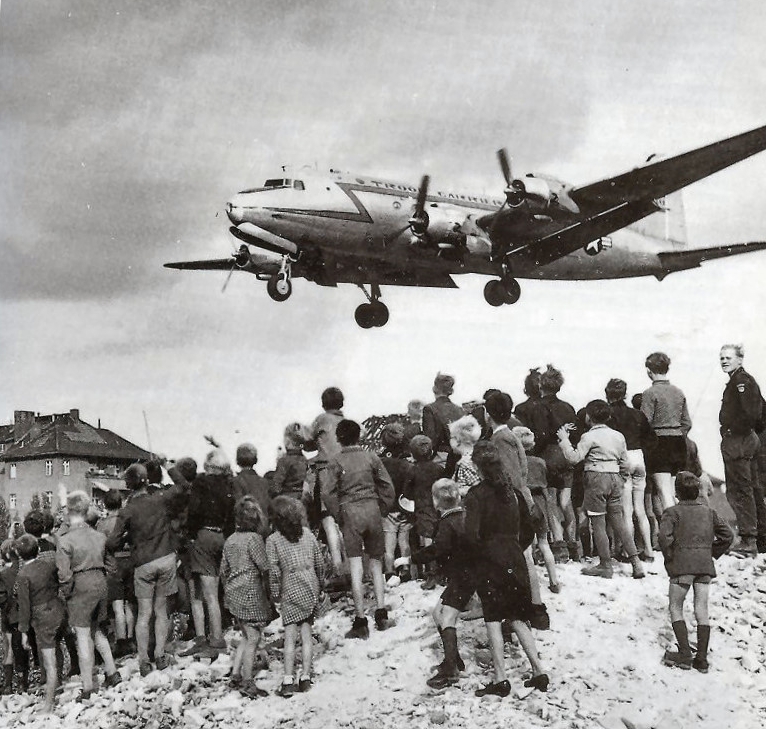 Here’s an image from the patent; we all know what happened to Shockley: 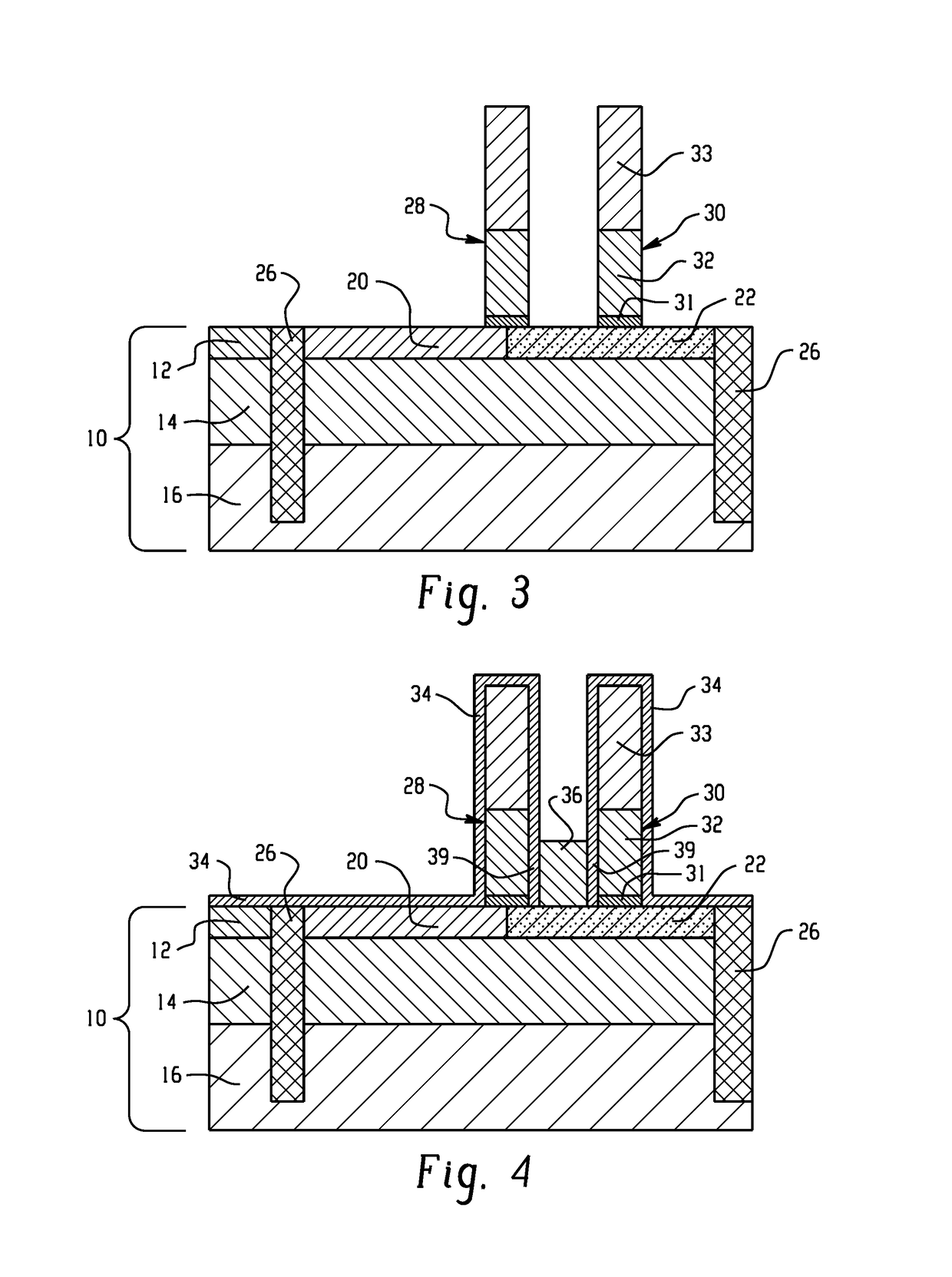 Here’s that famous phrase. I’m told, though I don’t know for sure, that the phrase should have been “Ich bin Berliner,” and using the “ein” meant that Kennedy said “I am a jelly donut.” This appears to be somewhat incorrect, because real Berliners use the phrase Pfannkuchen for a jelly donut, although “ein Berliner” does mean “a jelly donut” elsewhere in Deutschland.

A note from Wikipedia:

The first UPC-marked item ever to be scanned at a retail checkout was a 10-pack (50 sticks) of Wrigley’s Juicy Fruit chewing gum, purchased at the Marsh supermarket in Troy, Ohio, at 8:01 a.m. on June 26, 1974. The NCR cash register rang up 67 cents. The shopping cart also contained other barcoded items but the gum was the first one picked up at the checkout. The gum packet went on display at the Smithsonian Institution’s American history museum in Washington, D.C.

and, in a related decision:

Doubleday (photo below) was the Union commander at Fort Sumter where the shots were fired to begin the Civil War. Many think he invented the game of baseball, though this is disputed. 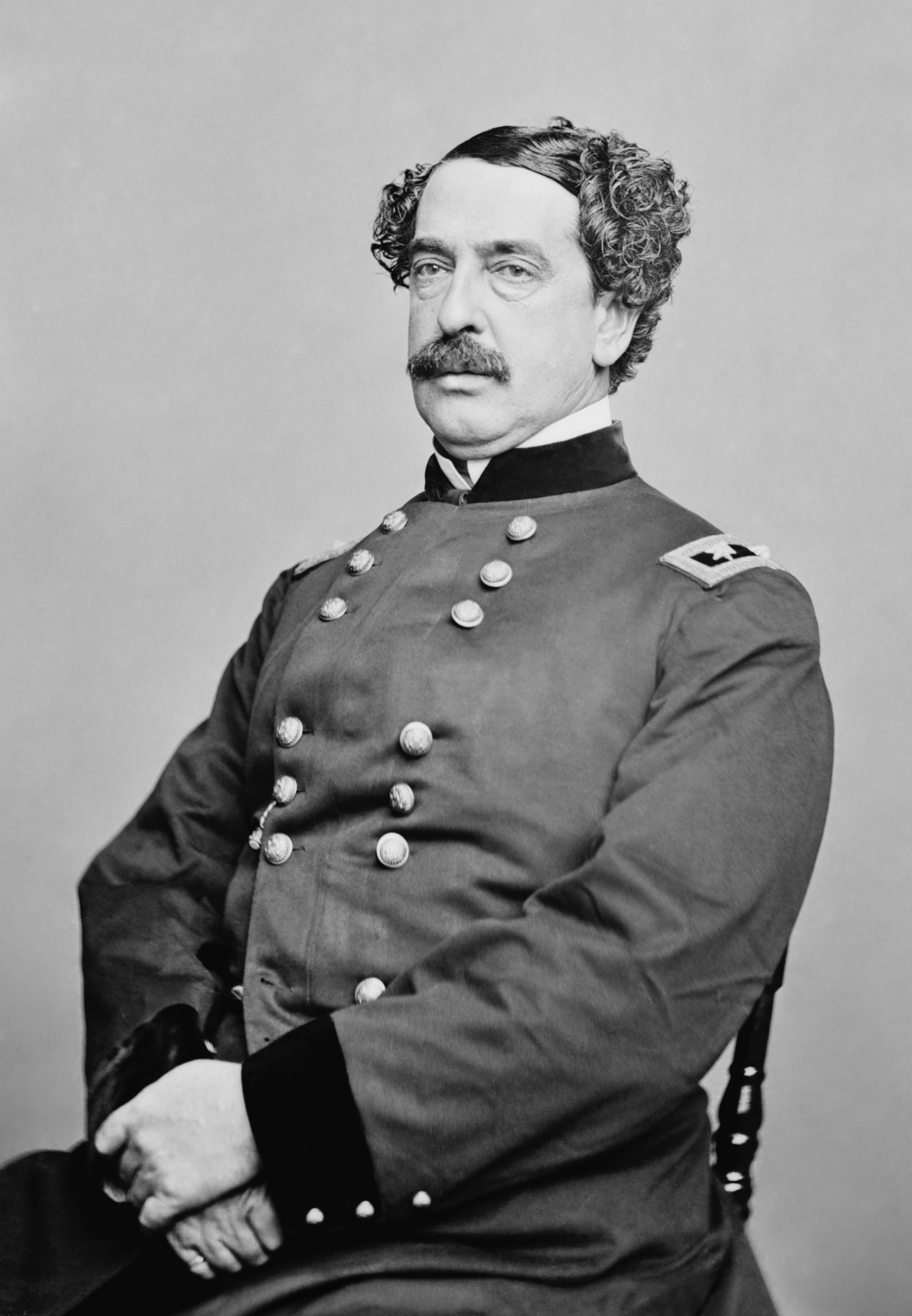 Jeter, a shortstop for the Yankees, is a Hall of Famer, elected with 396 of 397 ballots on the first try. He was fantastic both at the plate and in the field; here are some of his defensive highlights:

Those who perished on June 26 include: 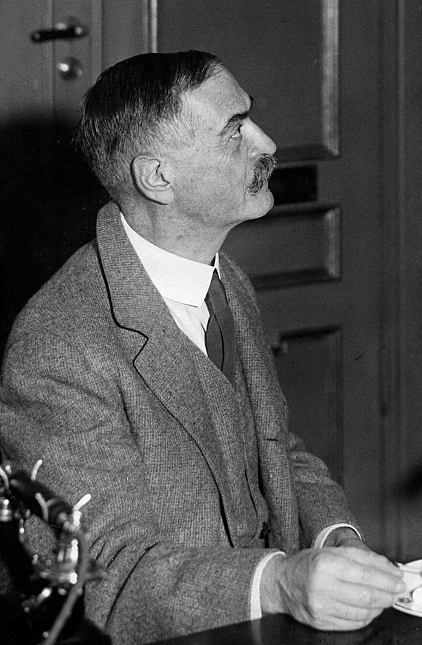 Here’s Ephron on When Harry Met Sally, one of the movies she wrote:

Meanwhile in Dobrzyn, Hili is preparing herself for some physical activity:

A: What are you doing?
Hili: I’m preparing for a leap. 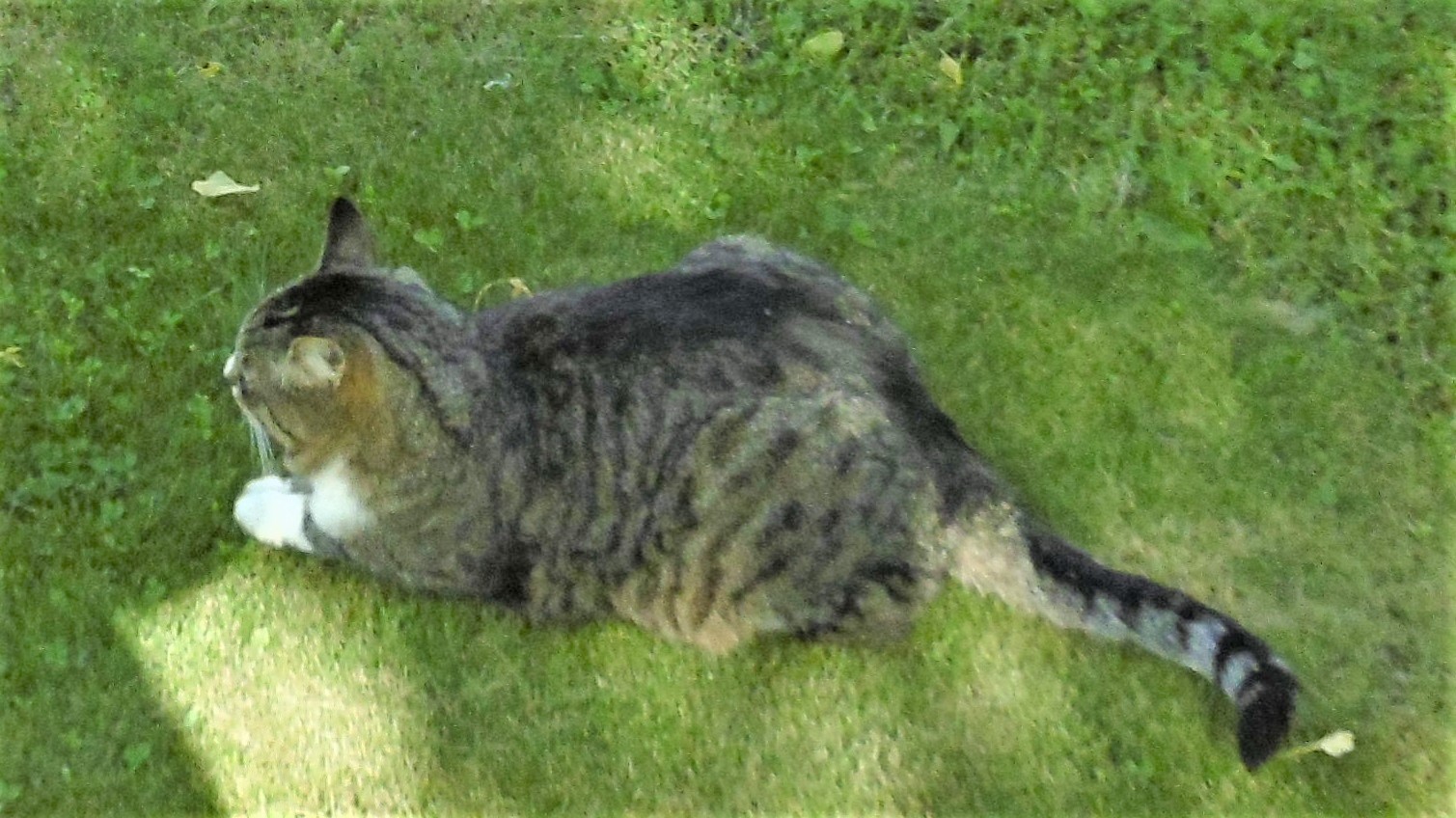 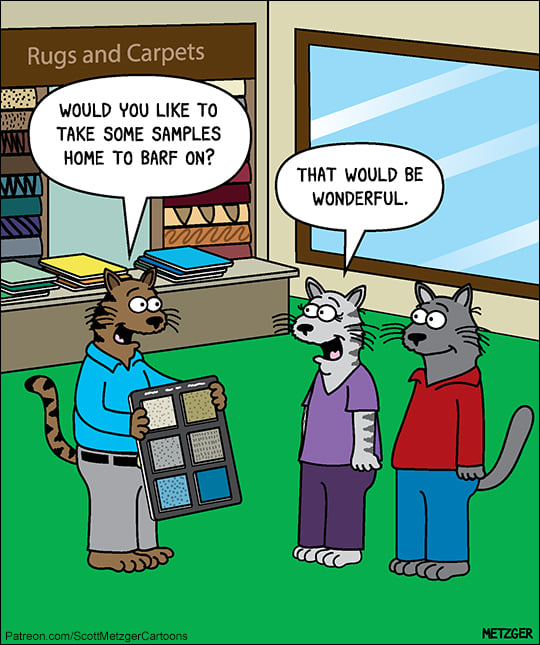 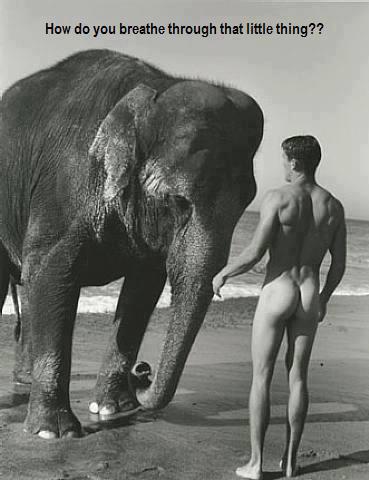 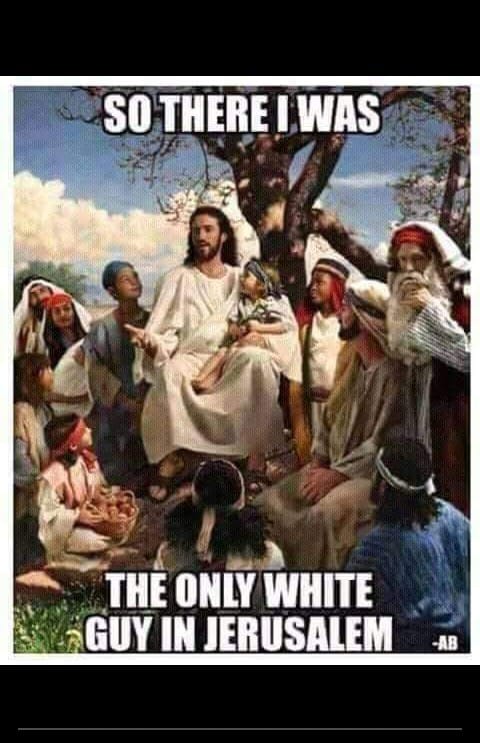 A tweet from Ginger K.  I don’t remember this dictum from Deuteronomy, nor does it make a lot of sense. Readers?

From Barry, who says this is “your groan-inducing line of the day”:

Never discuss infinity with a mathematician,
You’ll never hear the end of it.

Tweets from Matthew. The first will take you to a description of the new species of Homo recently discovered in China: “Dragon Man”, or the Harbin cranium. It’s very large, with a brain capacity the size of modern humans (about 1400 cc), and  an age estimated between 300,000 and 146,000 years. The article says that Dragon Man is a member of a “sister species to modern H. sapiens”, like Neanderthals, but even more closely related to H. sapiens sapiens than are Neanderthals. But I don’t consider Neanderthals a species distinct from H. sapiens, but a subspecies of the species: H. sapiens neanderthalensis..  (There was fairly extensive interbreeding between the two forms.) Neanderthals and ‘modern’ H. sapiens are thought to have diverged roughly 500,000 years ago, presumably as initial geographical isolates that later met and interbred a bit. We have a lot yet to learn about “Dragon Man.”

You can access images and resources including 2 videos from me discussing the features of the Harbin cranium here… https://t.co/DfFaTZwek8

I’m not sure what the “kitty” is here:

kitty fending off the horde of zombie baby Sloths with carrots@APPC_Panama pic.twitter.com/XKiYl1vBRN

The key word here is “apparent”, for there are many species of animals in which males and females look alike, including dragonflies, and there are other explanations besides “minimizing male harassment” (e.g., species identification)

Well I see @aBugBlog writes “many damselfly females are 'androchromes' they look like males, apparently to minimise male harassment, it's under frequency dep selection”, so this may be an example of that. https://t.co/ZZLrk5VvDP

A curmudgeonly cat. Look at that face!

This will work on Saturday, too. Is there any baby bird cuter than a duckling? (These are baby Pekins, the white ducks that are simply domesticated and selected versions of wild mallards.)

Good morning. This should get your Friday going right. pic.twitter.com/Ed1iwX3GnC

A tribute to DBW. We sure will miss this man! The saddest 900 words I have ever written, but also reaffirming of his impact on our field and people.