Welcome to Friday, June 25, 2021: National Strawberry Parfait Day. It’s also Global Beatles Day, celebrating the first satellite broadcast of a Beatles song (“All You Need Is Love”) on this day in 1967, National Food Truck Day, National Catfish Day, Bourdain Day (celebrating the day of Anthony’s birth in 1956; see below about a new documentary), World Vitiligo Day, and Take Your Cat to Work Day.

Posting will be VERY light today as I’m going downtown to get my “Real” ID that you can use for flying. It’s time consuming.  Stay tuned.

Here’s a “thought for the day” that came from the A Word A Day feature, sent in by reader Rick:

Scientists do not join hands every Sunday and sing “Yes gravity is real! I know gravity is real! I will have faith! I believe in my heart that what goes up, up, up must come down, down, down. Amen!” If they did, we would think they were pretty insecure about the concept.

Despite their pledge, the Bidens have still not acquired a First Cat for the White House.

The big news in the U.S., which you’ve surely heard, is that most of a high-rise condominium, consisting of 12 floors comprising about 130 units, unaccountably collapsed in Surfside, Florida, near Miami. One person is known dead, a dozen are hospitalized, but 99 people are missing, most likely buried in the rubble. Rescuers are desperately searching for signs of life. Nobody has any idea why the building collapsed.

Many sources, including the WaPo, report that Florida governor Ron DeSantis (a Republican, of course), has just signed a bill mandating that public universities in his state must undergo a yearly “climate survey” of “viewpoint diversity”. That means that students will be asked their political and ideological views. (They don’t have to answer, but of course that creates a huge bias in the results against students expressing unpopular views.) This comes on top of DeSantis’s successful push on June 10 to prohibit the teaching of critical race theory in Florida schools. While I’m not onboard with all aspects of CRT, I don’t favor state prohibition of teaching it. Nor do I favor climate surveys. Why is Florida doing this? The answer, at least to me, seems obvious: punish those schools, perhaps through withholding funds, that aren’t sufficiently “viewpoint diverse.”

More right-wing lunacy. Reader Ken sent this video (and Matthew a shorter version in a tweet) of a commentator on the far-right One America News (OAN) Network calling for th execution of people who opposed Trump’s claims of election fraud!.  Matthew notes, “A terrifying vid that will get people killed, I fear.” Ken says, “This is the kind of big-lie nonsense the rightwing is being fed on a regular basis:”

Stuff that happened on June 25 includes: 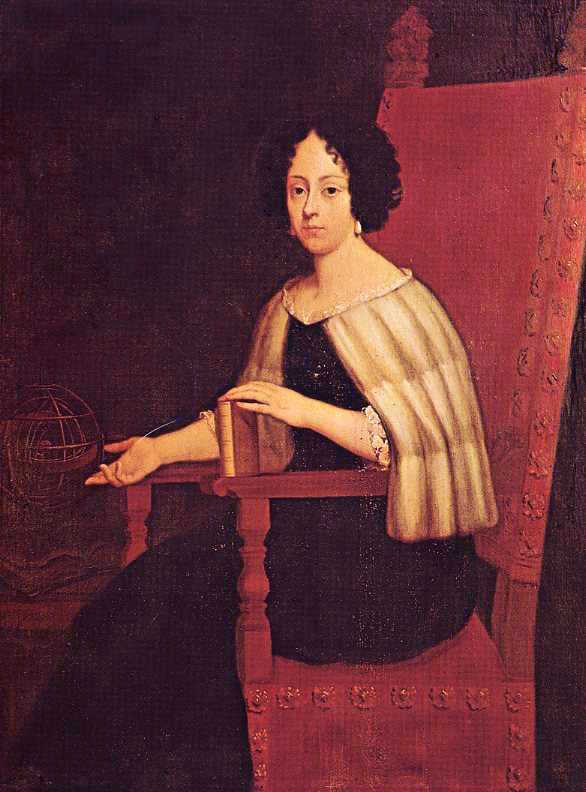 And here is that photo of the barricades on the Rue Saint-Maur:

Here’s that last strip. Herriman was a great cartoonist, ahead of his time, and both Matthew and I love his work. Offisah Pupp appears to save Krazy, though the last panel is enigmatic: 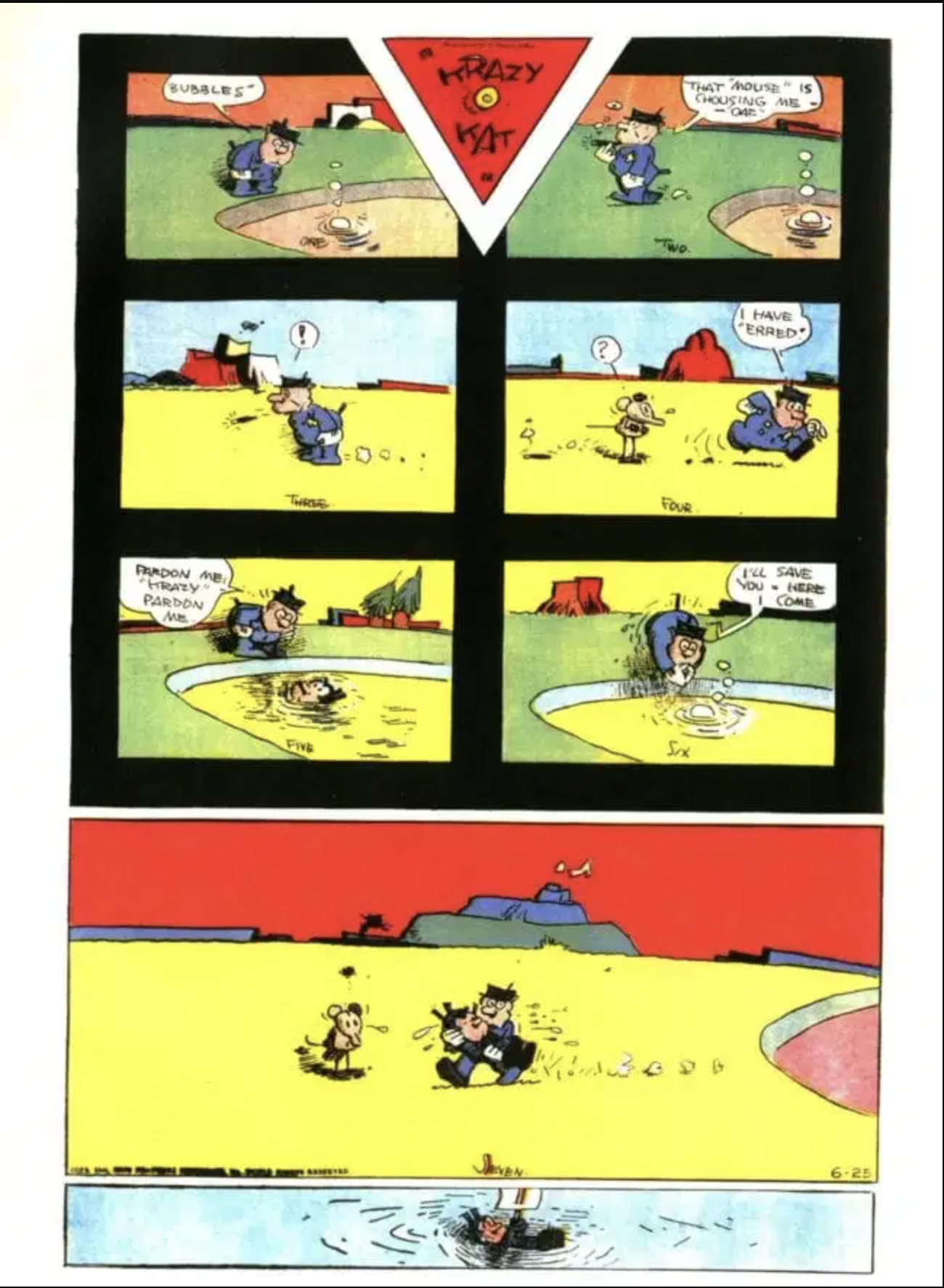 A good copy of the first edition will cost you upwards of $3,000: 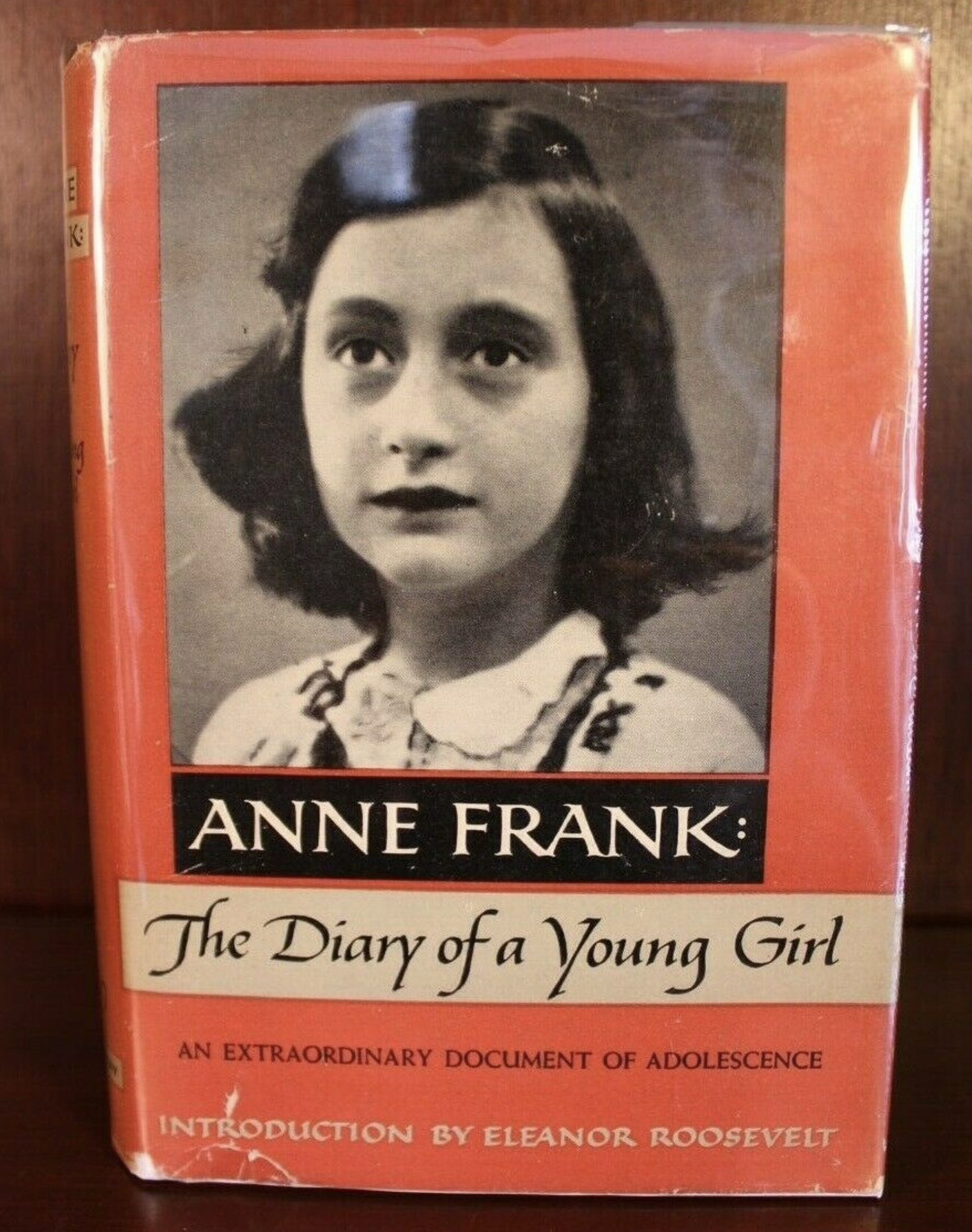 There are various versions of the flag, with stripes added from time to time. Here’s the original LGBT Pride Flag: 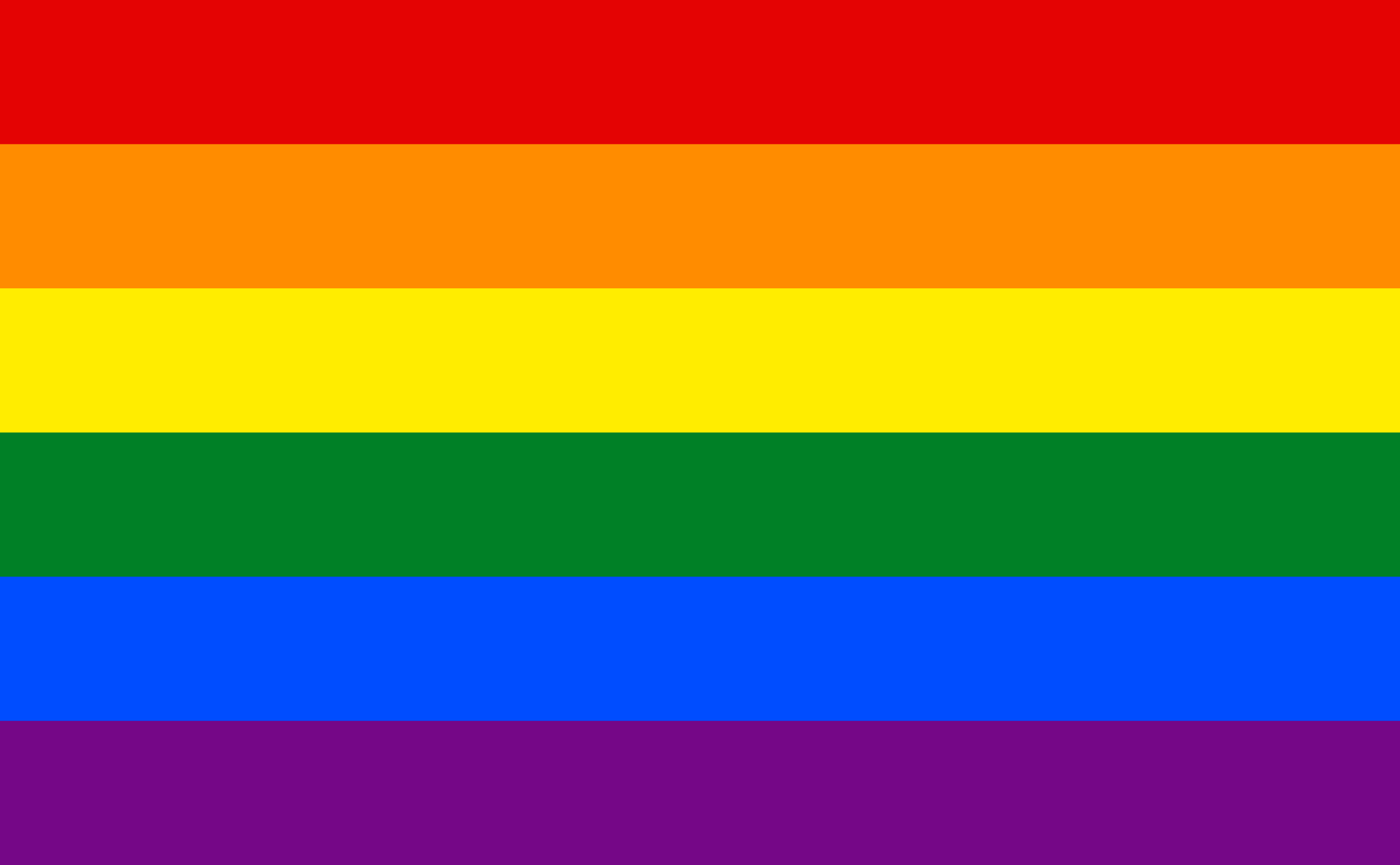 Here’s Gaudi, with the white beard, showing his masterpiece, the Sagrada Familia (the cathedral where the Spanish cops strip-searched me) to a Church official:

Here’s Orwell, who died at 46 of tuberculosis. I don’t know anyone who doesn’t admire his writing, even if they disagree with some of his views. What we he say about today’s political climate? 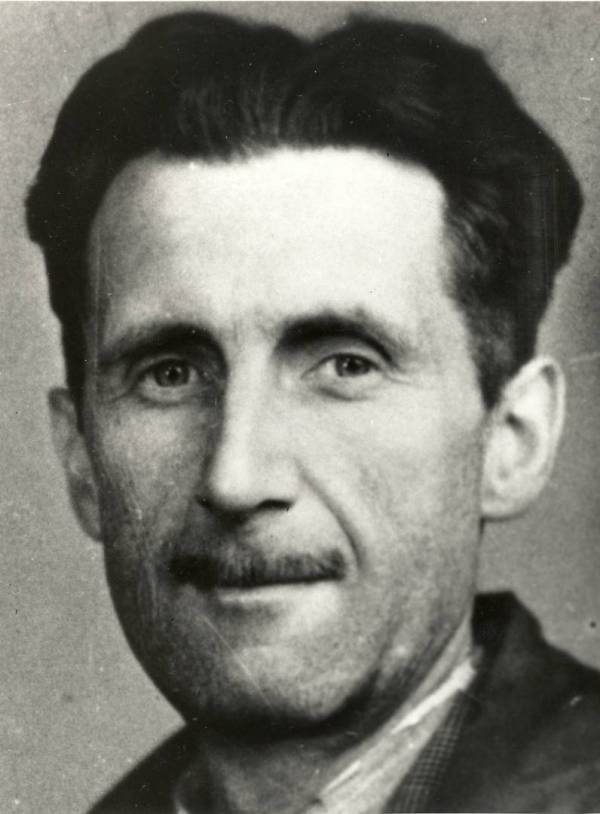 There’s a new two-hour movie about Bourdain (opened June 11) called “Roadrunner”; it gets a 100% critics’ rating on Rotten Tomatoes. See it!  Here’s the trailer:

Those who crossed the Rainbow Bridge on June 25 include:

Here’s a video of Michael Jackson’s best dance moves. Oy, could he dance!

Hili: It’s a good thing that I don’t believe in God.
A: Why?
Hili: I would have to blaspheme constantly. 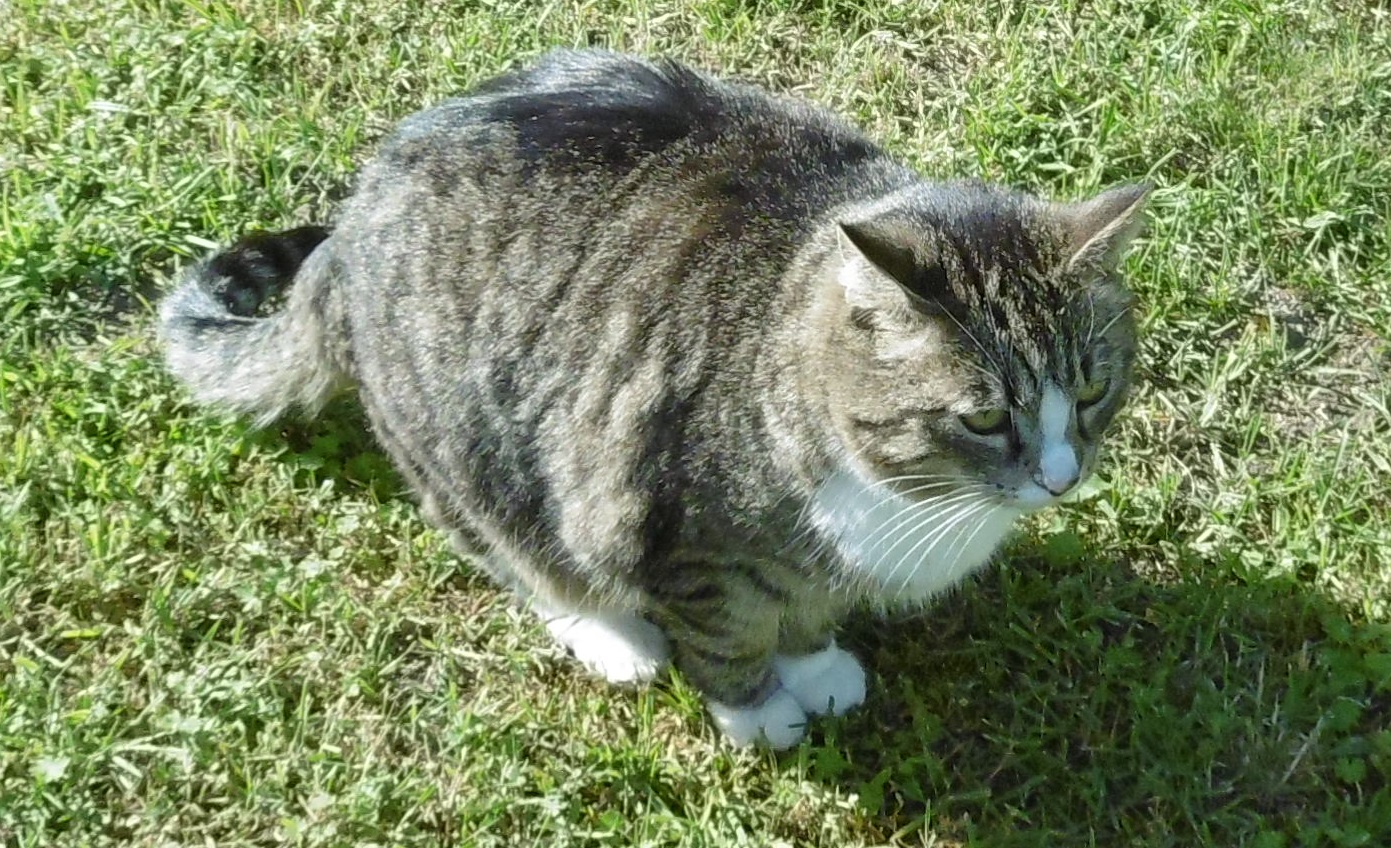 And a photo of little Kulka in the trees from Paulina: 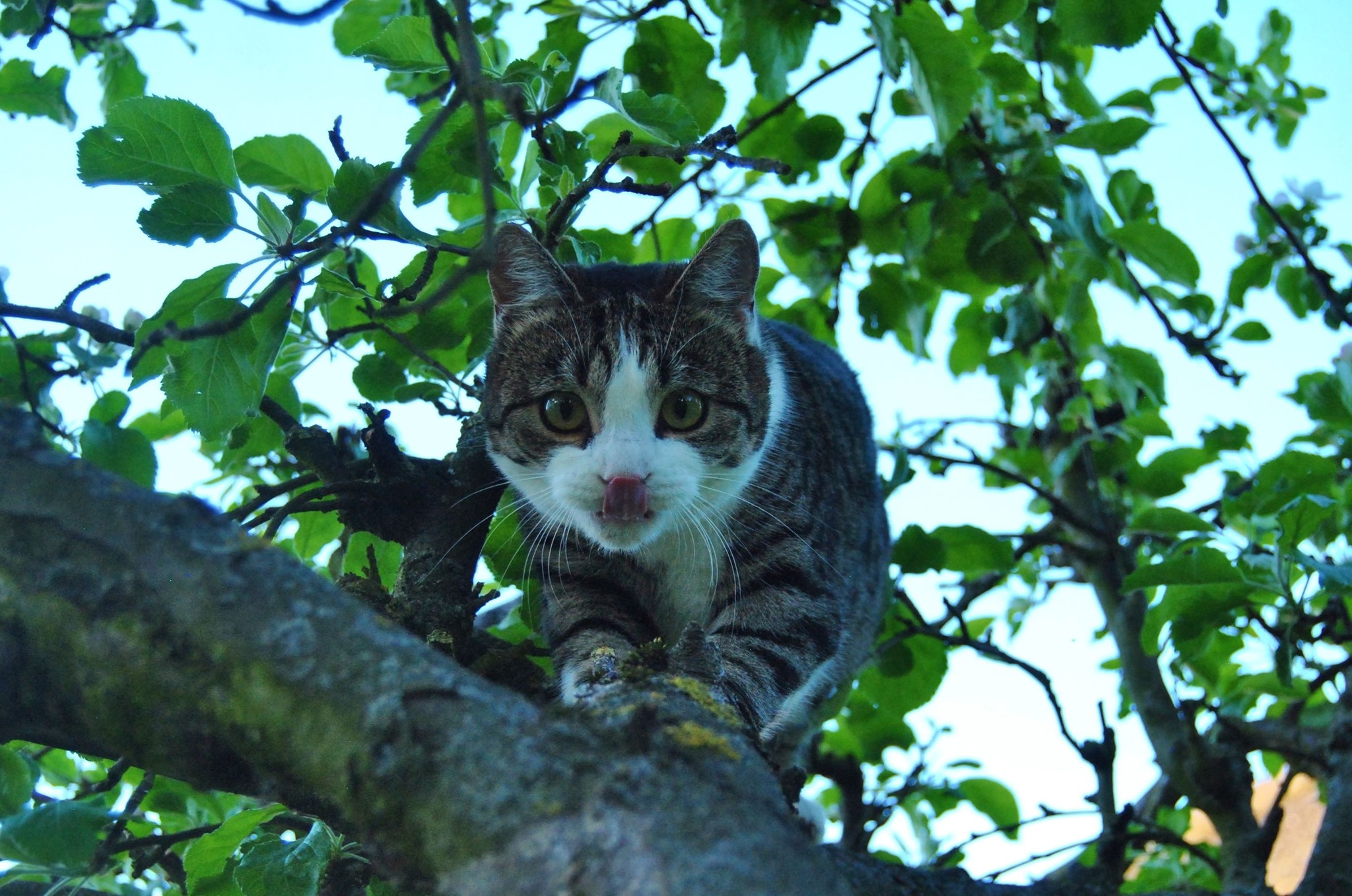 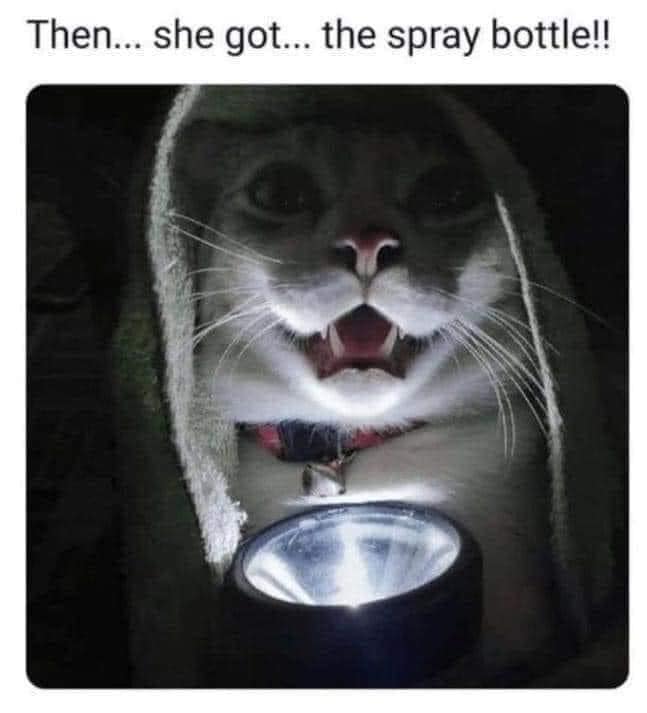 From Jesus of the Day. I don’t know where this sign is from, but it’s appropriate for the town of St. Ives in Cornwall, where a seagull stole a Cornish pasty right out of my hand:. But the wonky grammar suggests it’s not from an Anglophone country. 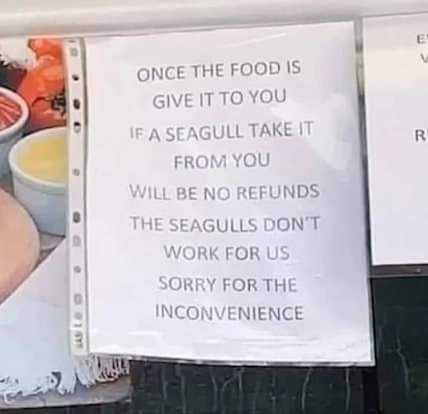 OMG Blog shows some product parodies of varying degrees of humor. Here’s one I like: 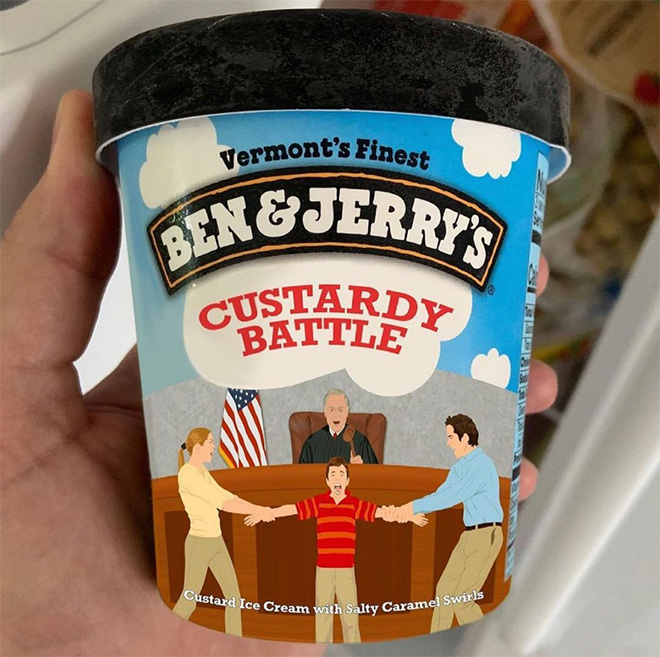 Tweets from Matthew. We’ve been following the saga of Wally the Walrus for a while as he makes his way up and down the Atlantic coast of Europe. He’s in Scilly now, and looking pretty good.

🤩INCREDIBLE images of Wally from the Isles of Scilly😄

One of our Seaquesters Rachel Box had the priviledge of watching Wally swim around Porthcressa bay for a couple of hours last week!

👉Please respect his space and make the police aware of any disturbance.

A retweet from Matthew. Look at the expression on the face of this hapless Kite!

Birds, so bright and sharp and intelligent and https://t.co/GaZJaTxhPA

A molting centipede. The orange one is freshly molted; the purple is the exuvia (shed skin):

An old aerial view of Chicago. The station no longer exists, but it’s a cool poster:

This detailed bird’s-eye view map of Chicago shows all elevated railroad lines which ran through the city in 1897. The map also includes an inset of the Rock Island Station.

I’ll let you figure this one out for yourself:

This chair is not in fact broken. Look closely pic.twitter.com/JbybruNZfa

This is a cool thread of linguistic variants of the “once upon a time” beginning to stories:

Esperanto (which is constructed, so it barely counts, but it's a cool one): "In a time already long past,
when it was still of use to cast a spell…"
Estonian: "Behind seven lands and seas there lived a…"
Filipino: "At the beginning of time…" or "At the first time…"

There are a lot more, too. Here are two more:

Romanian: "There once was, (as never before)… because if there wasn't, it wouldn't have been to told"
Russian: "(In some kingdom, in some land) There lived, there was…"
Slovak: "Where the water was being strewn and the sand poured…"