Wine of the Day: Bummer! I don’t know when I bought the chardonnay below, nor what I paid for it (it goes for about $40 now, but stay away); I found it in the oldest section of my wine collection, which I must organize. I knew I was in for trouble when the cork crumbled as I was opening it, despite it having been stored horizontally.  That’s a sign of age, and a California chardonnay stored at 65 degrees (I have no colder storage) for 14 years or so is dubious at best.

And so it was. It was darkish gold, another sign of oxidation and overage. While it was (barely) drinkable, with the sherry-like flavors of wine dotage, I had only one glass before I poured the bottle down the drain. What a pity, as in its prime the ratings were very good. So it goes. 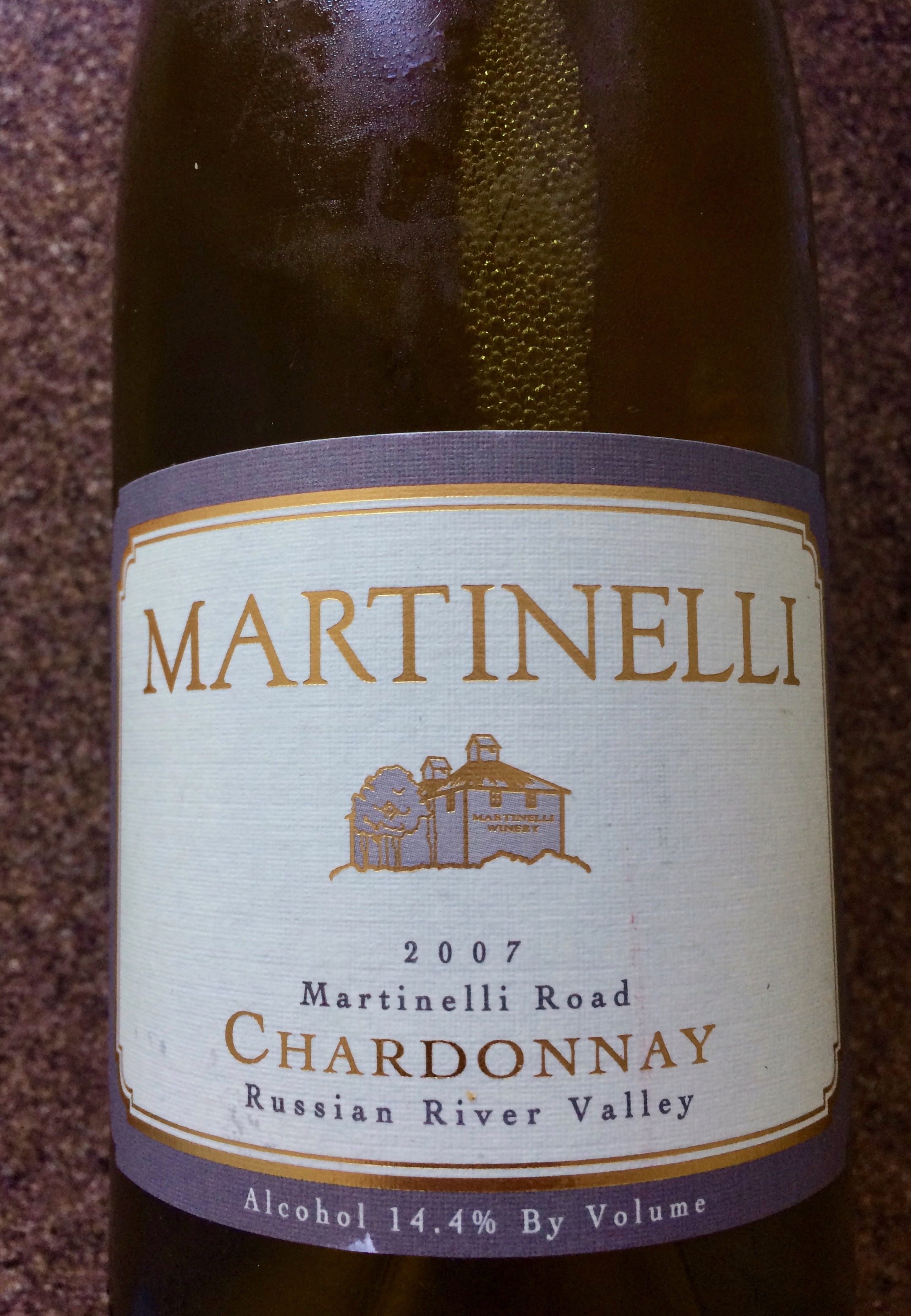 The Biden administration continues doing good stuff, now pledging to send 500 million (half a billion!) doses of Pfizer cornavirus vaccine to the 100 poorest countries in the world. I hope my tax dollars helped finance this donation.

Meanwhile in the US, a poll described on last night’s NBC Evening News says that about 20% of healthcare workers refuse to be vaccinated. Reasons vary, but most are born of ignorance. And in Houston, 178 workers at Houston Methodist Hospital were suspended for refusing to be vaccinated. This is not for religious or medical reasons, as the WaPo reports that “285 employees received a medical or religious exemption from the vaccine, and 332 employees were granted deferrals for pregnancy or other reasons.” The other objectors show sheer bloody-mindedness—except as with other ignorant decisions, like rejecting evolution, this one puts others at risk.

Did the COVID-19 virus enter humans from animals in a wet market, or through a lab leak in Wuhan? We don’t know for sure, but a new article in Nature looks at the evidence.  Their conclusion: a natural origin is still the most plausible hypothesis, but we can’t completely rule out the lab-leak theory.  (h/t: Greg)

A group of over 200 journalists has signed a petition vowing to be more anti-Israel in the coverage of the news. The petition says that it’s time to be realistic and apply the terms like “apartheid state”, “war crimes” and “ethnic superiority” more readily to Israel. The kicker is that the petition doesn’t say that these terms, which more accurately characterize the Palestinian territories but aren’t used for them, should be applied to Palestine as well. Once again we have anti-Israel double standards in the media. (See here for a more ascerbic take than mine.)

Speaking of anti-Zionists, a group that includes representative Ilhan Omar, the Minnesota Congresswoman put her foot in it once again, as she’s simply unable to hide her hatred of Israel. She issued this tweet with a video of an exchange with the Secretary of State::

We must have the same level of accountability and justice for all victims of crimes against humanity.

We have seen unthinkable atrocities committed by the U.S., Hamas, Israel, Afghanistan, and the Taliban.

I asked @SecBlinken where people are supposed to go for justice. pic.twitter.com/tUtxW5cIow

She was roundly criticized by many for equating the U.S. and Israel with Hamas and the Taliban, including the Democratic leadership:

“Legitimate criticism of the policies of both the United States and Israel is protected by the values of free speech and democratic debate. And indeed, such criticism is essential to the strength and health of our democracies,” their statement read. “But drawing false equivalencies between democracies like the U.S. and Israel and groups that engage in terrorism like Hamas and the Taliban foments prejudice and undermines progress toward a future of peace and security for all.”

The NYT adds this:

Speaker Nancy Pelosi of California cannot afford an internal rift, even with a small number of progressives. Democratic leaders had to beg Ms. Omar and other members of the progressive clique known as the squad to vote present rather than “no” last month on a $1.9 billion bill to finance Capitol security improvements, to prevent the measure’s defeat after they objected to more funding for the police. Ms. Omar seemed to allude to those pleas in her combative tweet.

Omar “clarified” what she said in a tepid press release, saying

“To be clear: the conversation was about accountability for specific incidents regarding those ICC cases, not a moral comparison between Hamas and the Taliban and the U.S. and Israel.

“I was in no way equating terrorist organizations with democratic countries with well-established judicial systems.”

Of course she was. The woman is a misguided ideologue (or rather, a “hater”). HuffPo, as usual, bought Omar’s palaver, asserting that the Democratic criticism of Omar just gave fuel to the GOP (click on screenshot):

No, it’s Omar’s own bigotry and anti-Semitism that gives the GOP talking points against the Democratic Party.

Onward: I won’t vouch for the accuracy of the plot below, which is on reddit (h/t: smipowell), but if true it’s pretty amazing. Who would have thought that the election results could be tied so closely to ancient geology through a series of causal links? 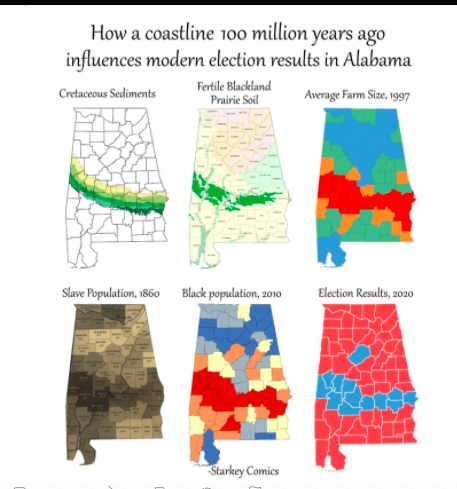 Stuff that happened on June 11 includes a lot o’ news:

I didn’t realize until now that yes, all Scandinavian countries have variants of this cross. Here they be:

One of the racers: 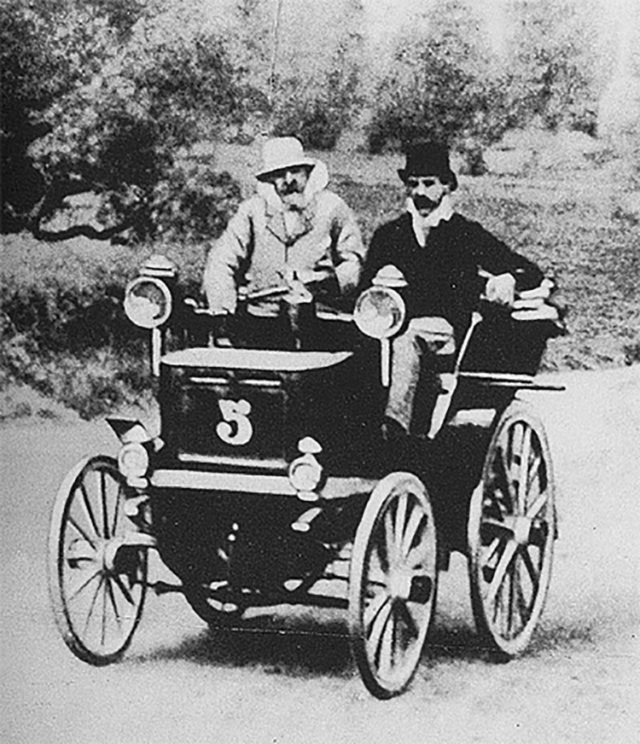 Here’s a video of the accident from British Pathé, but warning: it’s pretty horrifying:

It was scenes like this that helped galvanize the public, leading to the passage of the 1964 Civil Rights Act. Look at this guy! 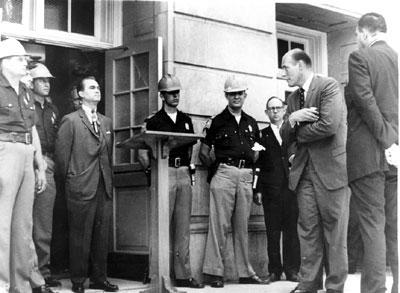 I remember it well; here’s a photo that Wikipedia labels, “Journalist Malcolm Browne‘s photograph of Quảng Đức during his self-immolation; a similar photograph won the 1963 World Press Photo of the Year.”

Here’s the lively official song of the world cup by Shakira; I believe she adapted it from a Cameroon military marching song: 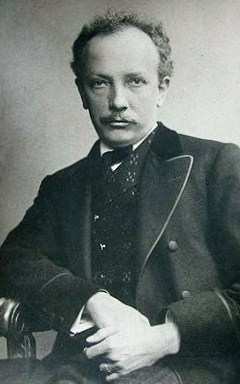 Those who bought the farm on June 11 include:

Hili: Are we going over there or are we staying here?
Szaron: This requires thinking through. 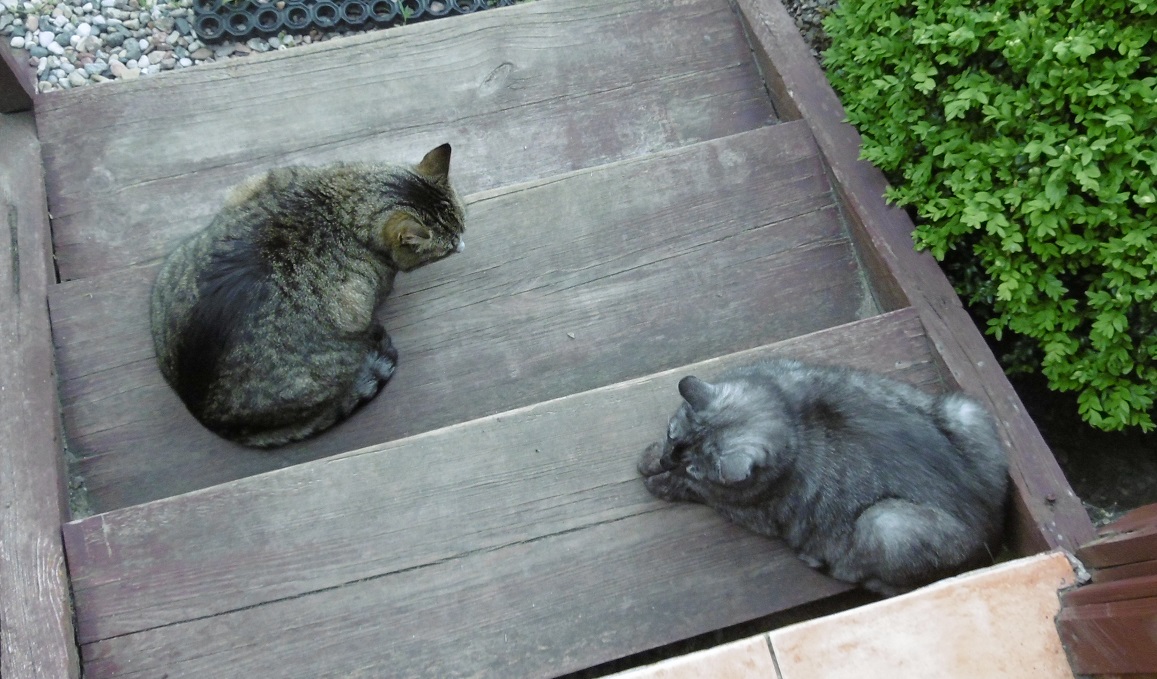 And we have our first Kulka dialogue:

Kulka: Let me in tp Paulina immediately.
Andrzej: What for?
Kulka: So she could let me out 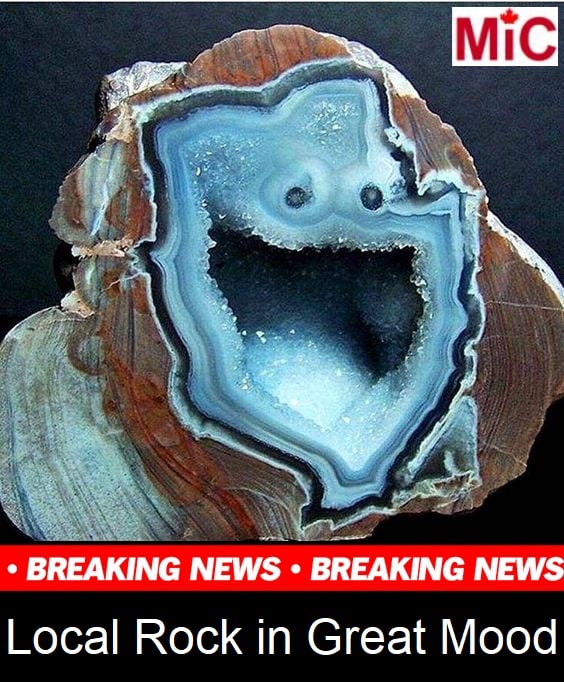 From Su; the Creation of Ducks: 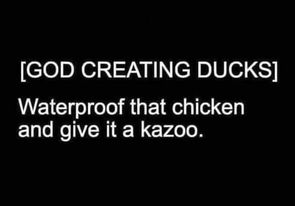 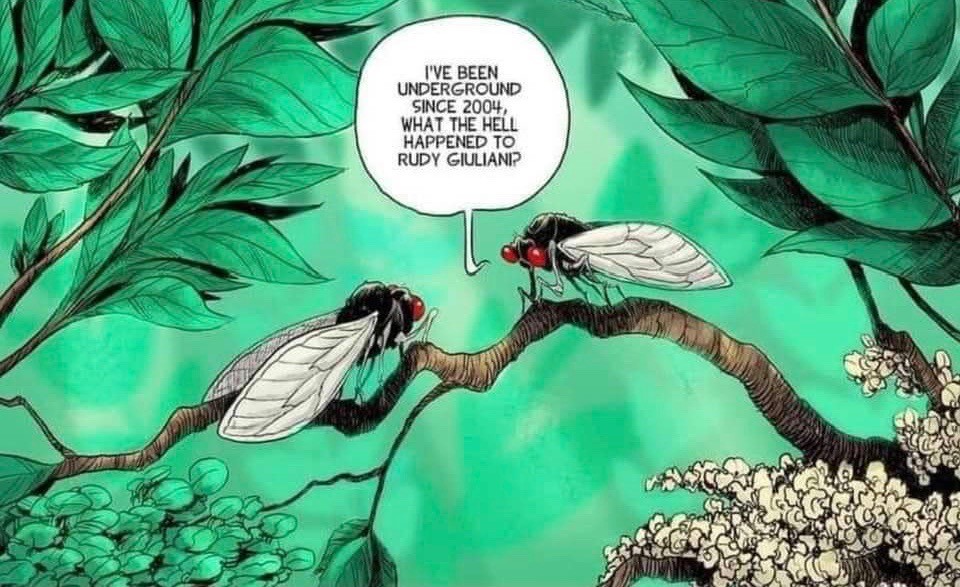 A tweet from reader Ken, who notes: “Texas Rep. Louie Gohmert — still the nation’s reigning stupidest congressperson despite stiff competition from QAnon conspiracists Marjorie Taylor Greene and Lauren Boebert — has come up with the Republican plan for addressing climate change (nota bene: the BLM he mentions is the Bureau of Land Management not Black Lives Matter). . . .”On the bright side, he seems to have accepted, at least provisionally, the heliocentric theory of the solar system!” (tweet also sent by Barry):

ORBITS: Rep. Louie Gohmert (R-TX) asks whether the Forest Service or the BLM can alter the orbit of the moon or the Earth in order to fight climate change during a House Natural Resources hearing pic.twitter.com/yYiOyi2cMZ

Tweets from Matthew. Sound up on this thriller, and watch to the very end:

There are a number of reasons why biological mimicry might be imperfect, among them a lack of genetic variation for “better matching”. This paper in Proc. Roy. Soc. tests some of them and settles on the “predators have incomplete information” hypothesis (i.e., predators don’t visualize all the aspects that could be mimicked):

Our paper testing some explanations for imperfect mimicry:
Mimicry in motion and morphology: do information limitation, trade-offs or compensation relax selection for mimetic accuracy? | Proceedings of the Royal Society B: Biological Sciences https://t.co/g4fv5CKxrW pic.twitter.com/c1xgkPMthb

Duck of the Day. I need to get Honey on that page!

A lovely trip through a larval gut made from successive visualizations:

OK, so you didn't have to, I climbed inside the mouth of a wax moth (Galleria mellonella) larvae, charted a path through its entire gut, and scrambled out of its butt #InverteButt pic.twitter.com/7EuLUj346x

This is very clever, but deadly for birds and their young:

If you didn’t know, this is how snakes climb trees. pic.twitter.com/pJpz4Y8bxb

Here’s how one person who lectures on space to the average person handles flat-earthers. There are 17 tweets in all, but read them. Her technique is empathic, clever, and well-honed, and, according to her, has a high “conversion” rate.

Matthew wonders how this tactic would work with creationists. I would guess not as well because religion plays more of a role in creationism than in flat-earthism.

I start out by saying that Q&A time is for questions about space. This works 70% of the time to keep them on topic. Usually they will default to "if the Earth is a globe…" type of questions. I can show WHY we know it is and they are unprepared for it. They get mad.
2/17