Today’s Jesus and Mo strip, called “Bulver”,  came with a long explanation. (You may have to go to its Patreon page to see it, which is what I did.)

Today I learned a new word: Bulverism. It was coined by CS Lewis. The Wikipedia entry explains it all:
In Lewis’s own words:

“You must show that a man is wrong before you start explaining why he is wrong. The modern method is to assume without discussion that he is wrong and then distract his attention from this (the only real issue) by busily explaining how he became so silly. In the course of the last fifteen years I have found this vice so common that I have had to invent a name for it. I call it “Bulverism”. Some day I am going to write the biography of its imaginary inventor, Ezekiel Bulver, whose destiny was determined at the age of five when he heard his mother say to his father—who had been maintaining that two sides of a triangle were together greater than a third—”Oh you say that because you are a man.” “At that moment”, E. Bulver assures us, “there flashed across my opening mind the great truth that refutation is no necessary part of argument. Assume that your opponent is wrong, and explain his error, and the world will be at your feet. Attempt to prove that he is wrong or (worse still) try to find out whether he is wrong or right, and the national dynamism of our age will thrust you to the wall.” That is how Bulver became one of the makers of the Twentieth Century.”

I think that the author (and the barmaid, who always represents the voice of reason) are talking about the classic Wokeist technique of attacking your opponent’s character rather than their argument. 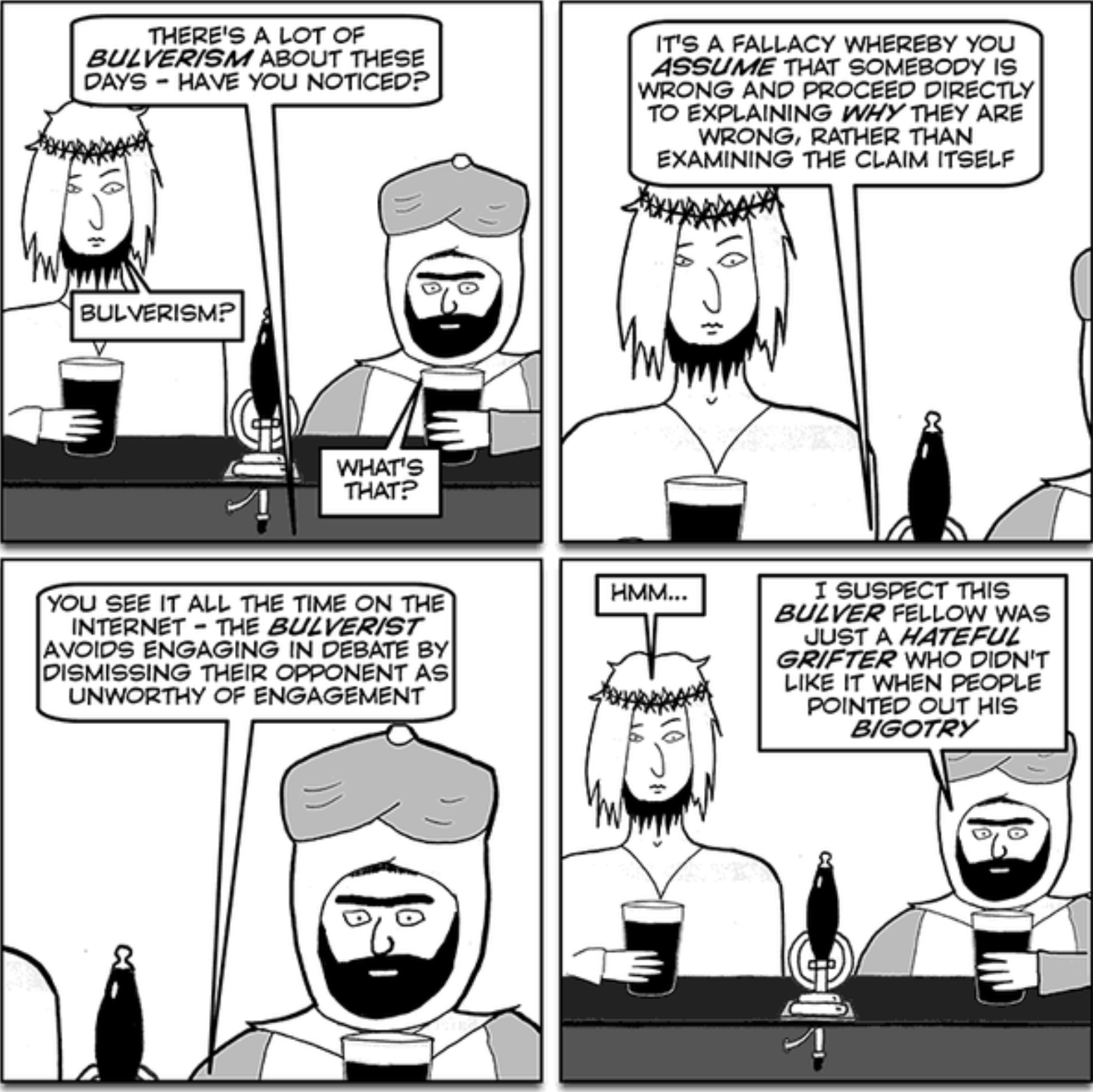