Send in your wildlife photos, please. I’ve been getting some, and thanks to those who have replied, but I can always use more.

Today we have Big Cat photos from Richard Bond, whose captions are indented. Click on the photos to enlarge them:

I am somewhat intimidated by the outstanding quality of many of your wildlife photo contributions, but there have been no big wild cats for a while, so these might interest you. They were taken in one afternoon and early evening in the Masai Mara.

First, though, on our way there we flew over the southern end of Lake Magadi, the southernmost alkaline lake of the Kenyan Rift Valley. We were about 3000 metres above the lake, which is about two kilometres wide at this point. The surface of large parts of the lake is formed by precipitated sodium sesquicarbonate, within which the “wildlife” comprises vast numbers of several species of archaea. Some of these cause the pink colour. The sectors of clear water are centered on two of the hot springs that feed the lake along its margins. 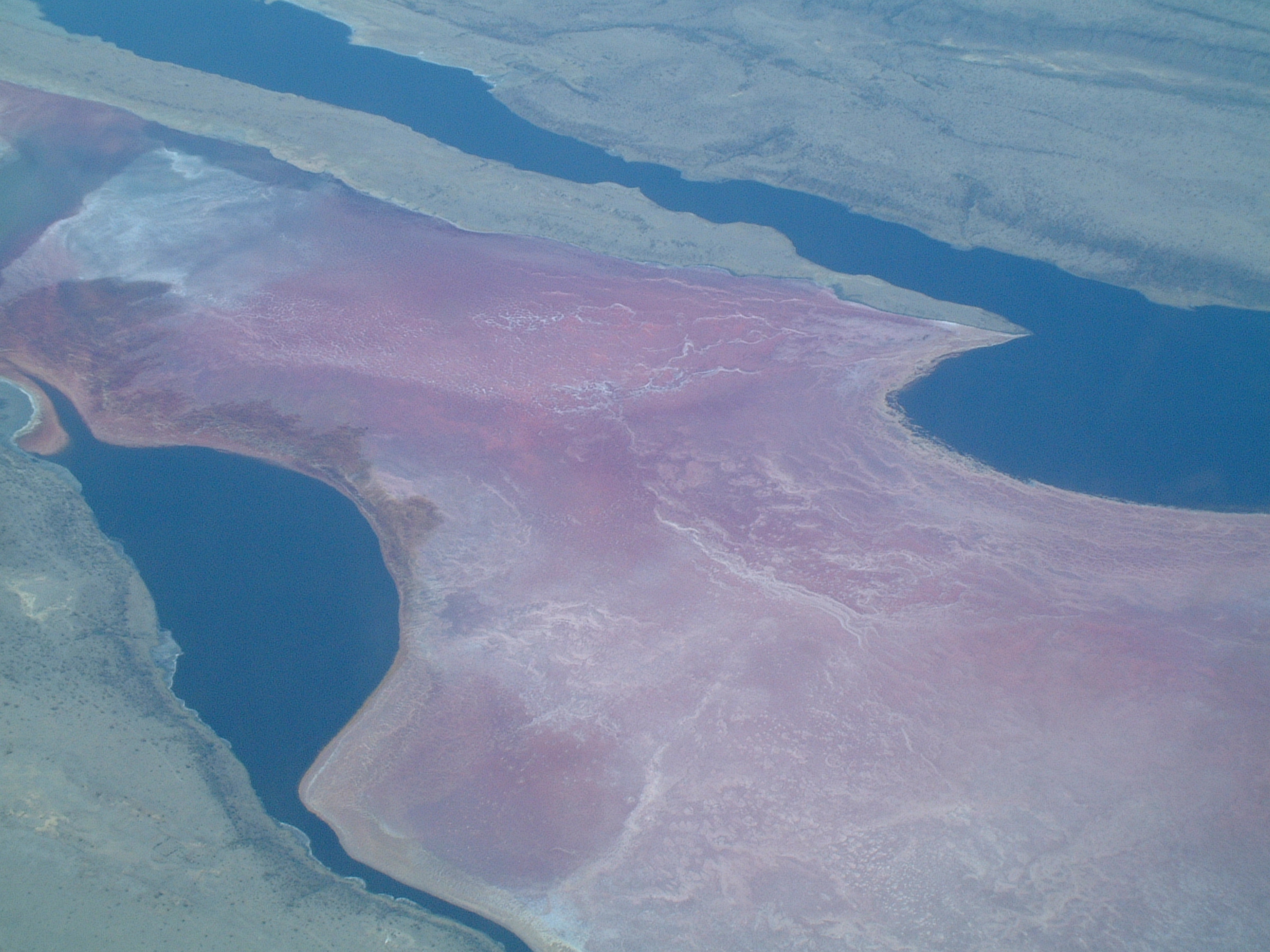 In the first photo of the lions [Panthera leo], the markings on the back of their ears show that the cubs on the right do not belong to the lioness on the left. The next photo shows the same markings on their actual mother. Apparently these markings are very variable between families and are inherited, so that they are useful to people studying lions. 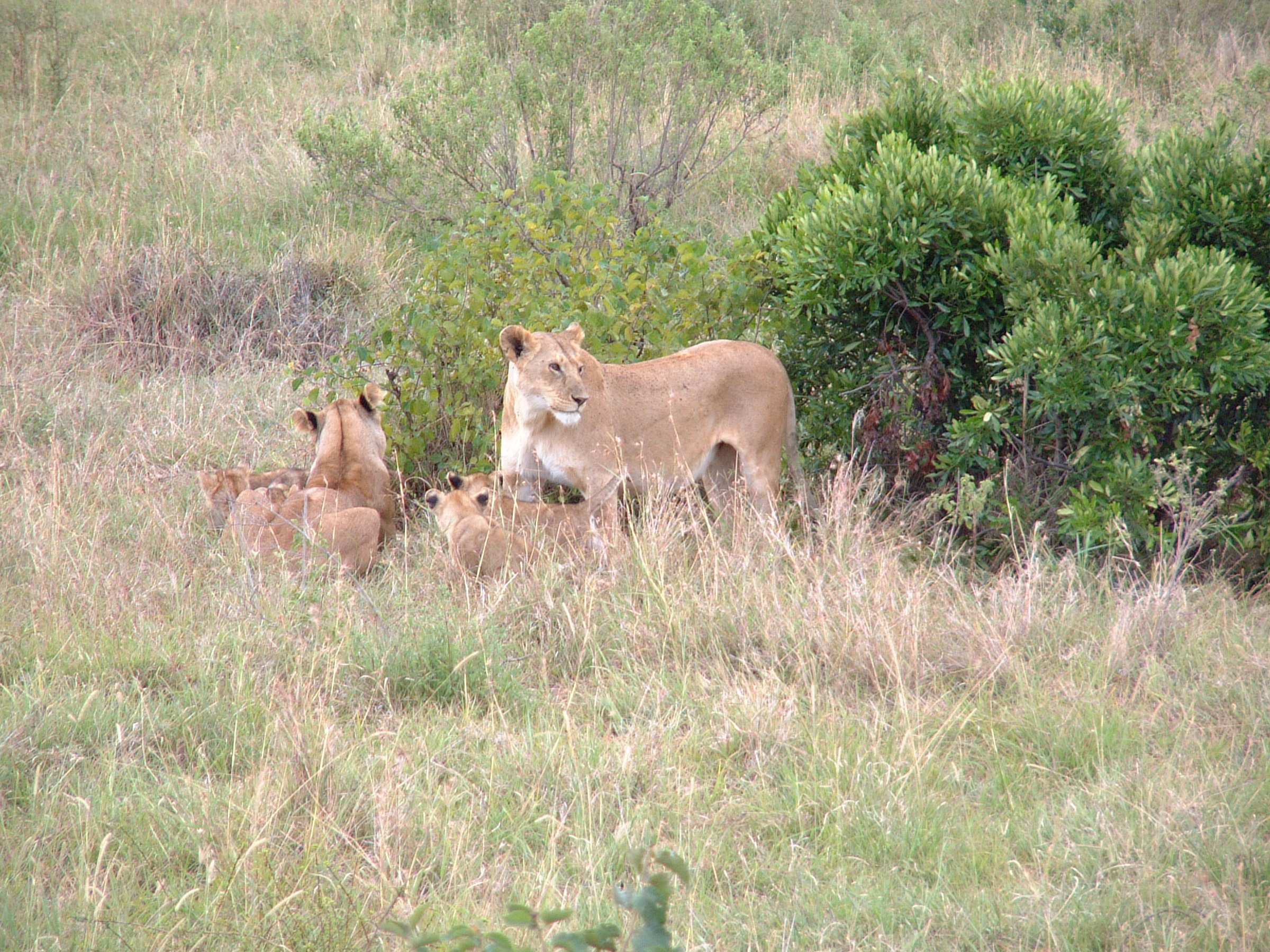 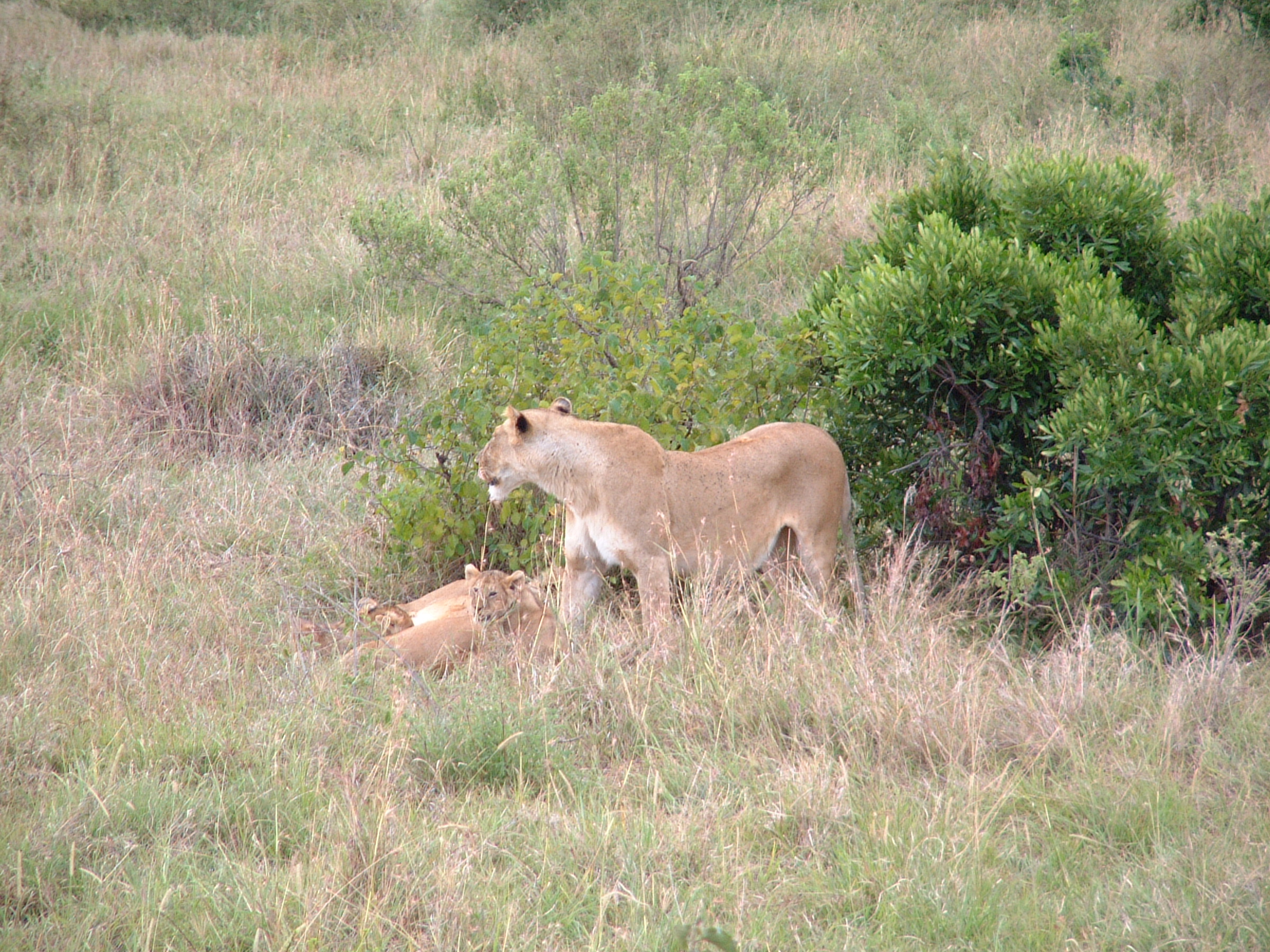 The next two photos were taken as the sun was setting. The excellent camouflage that this light provides makes it a little difficult to see that the lioness with her legs in the air is suckling three very small cubs. 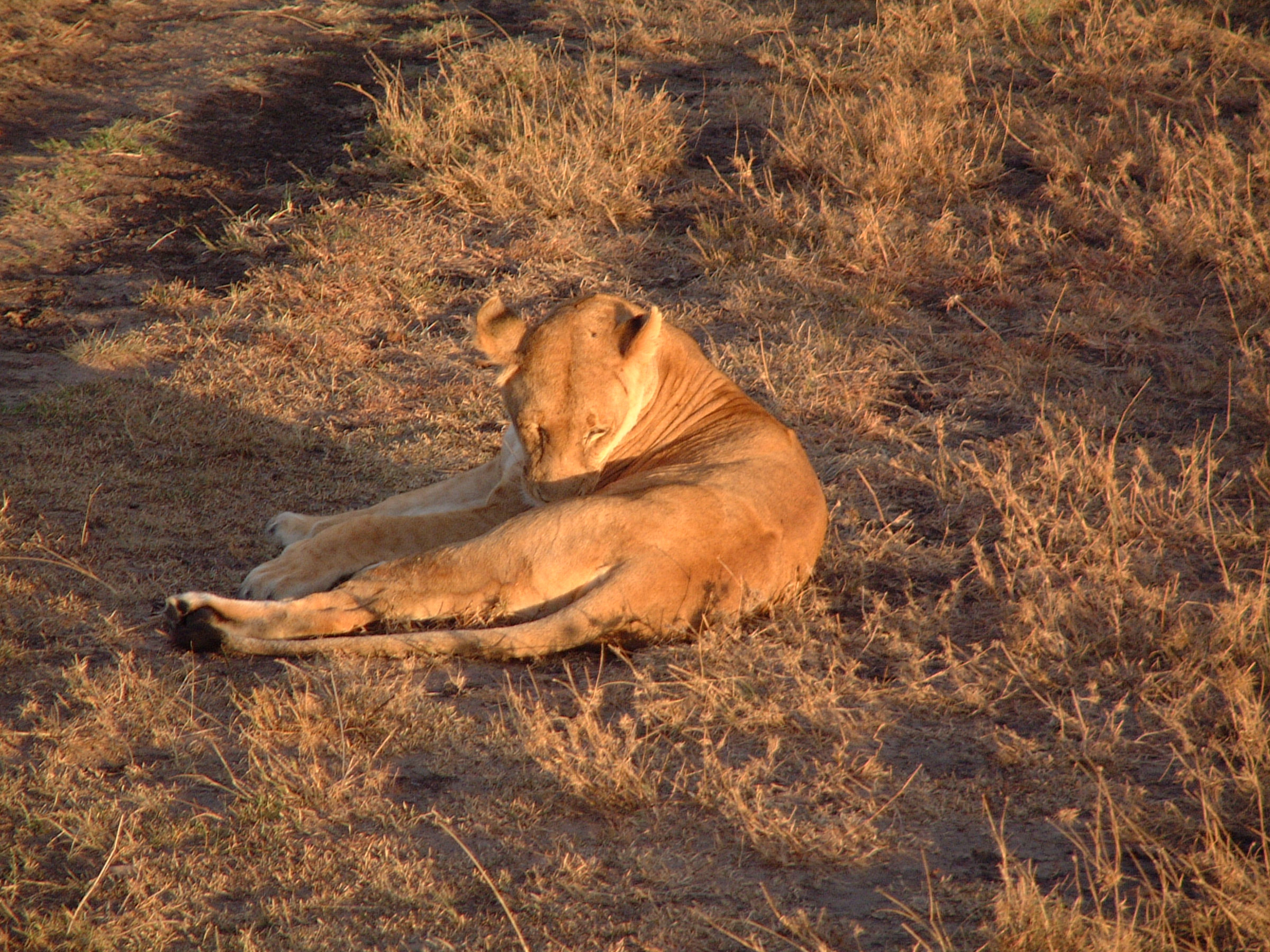 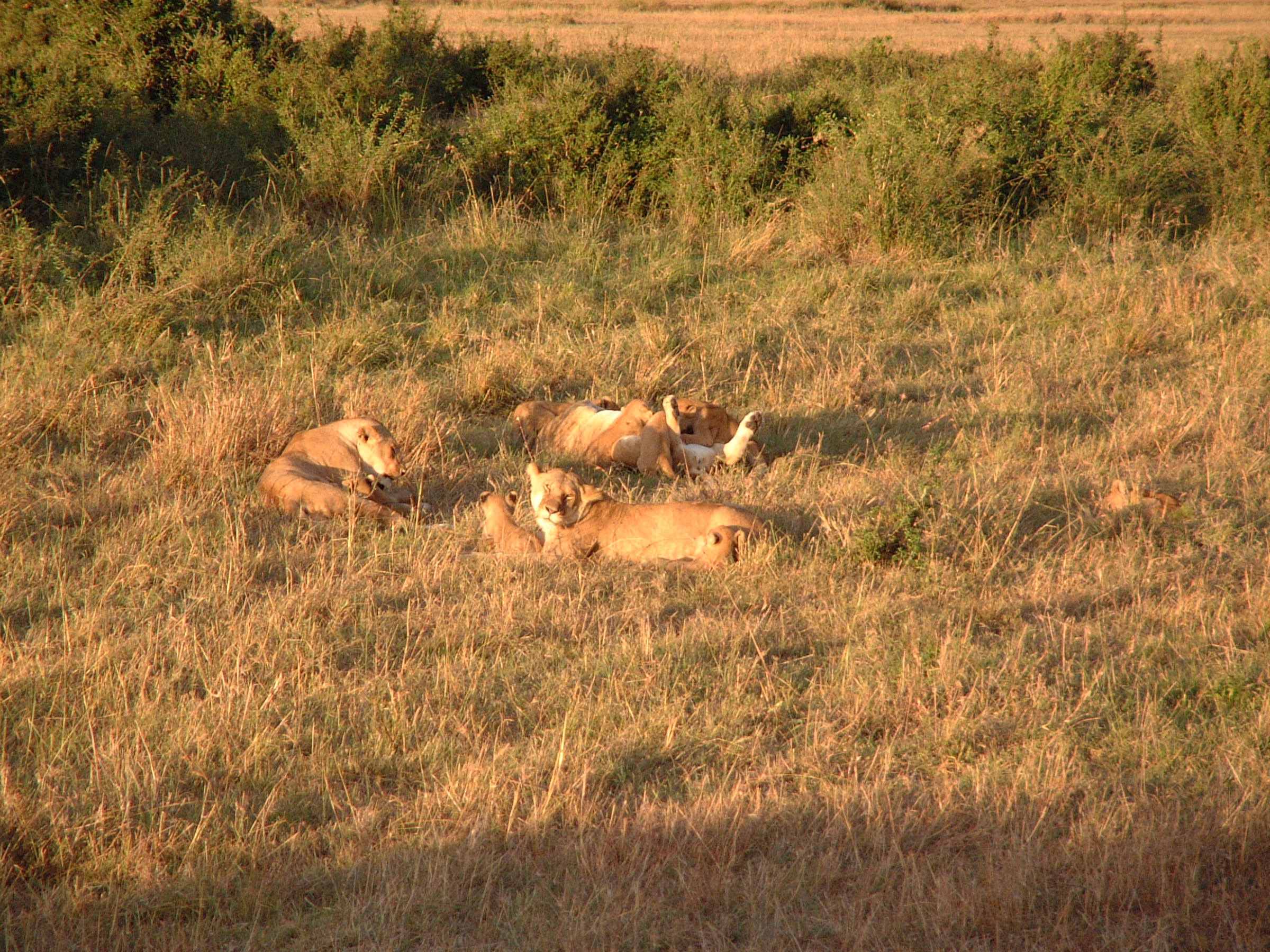 The two cheetah [Acinonyx jubatus] cubs (probably male and female from their relative sizes) have been left while their mother goes hunting. They are lightly screened by knee-high grass and continually looking around as a precaution against lions, which would regard cheetah cubs as tasty snackettes. 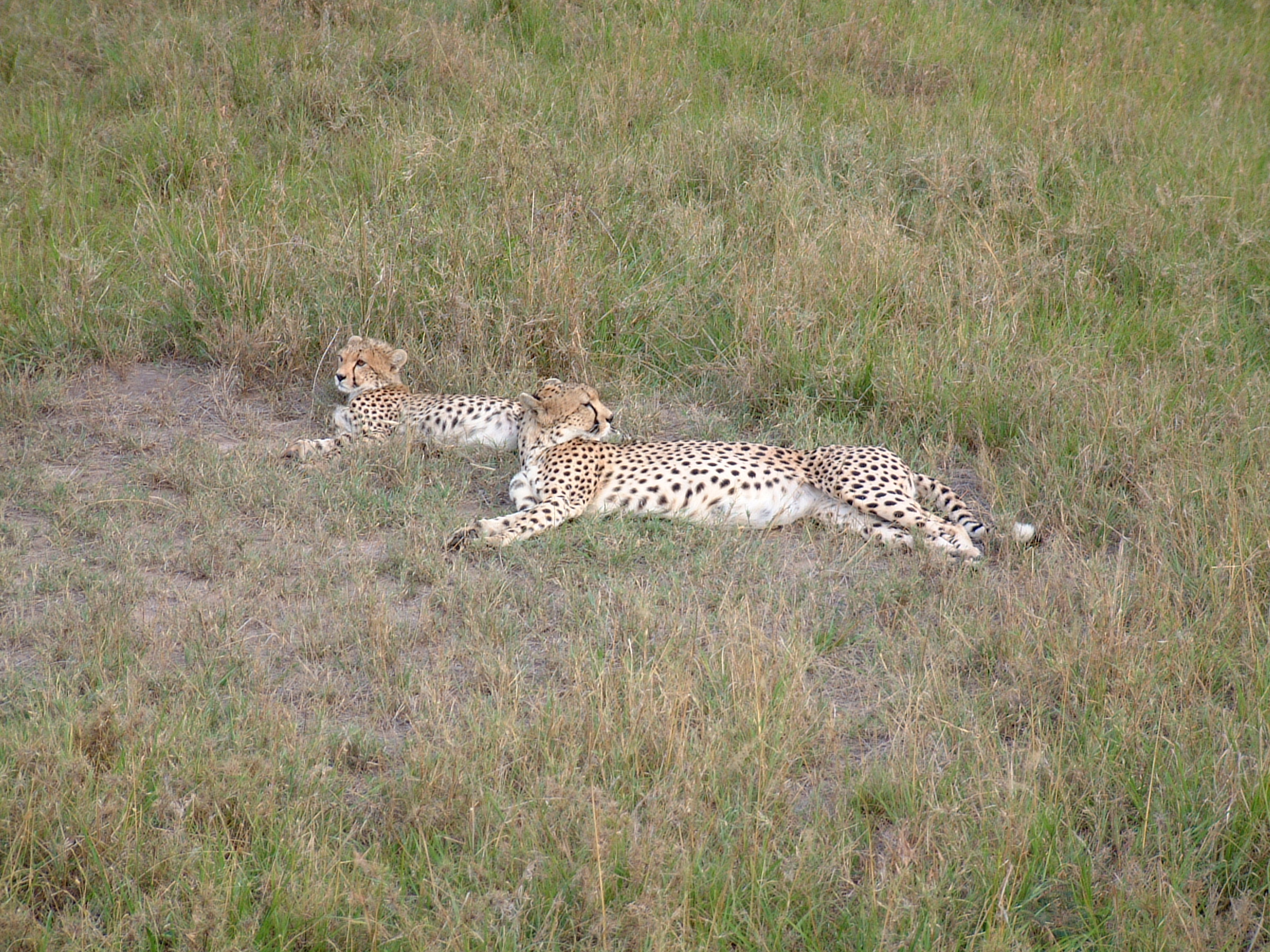 My distant shot of the leopard [Panthera pardus] is barely worth submitting. Unfortunately I entrusted the zoomed-in followup to an insistent and excited 11-year specimen of Homo sapiens, but did not realise until I saw it on a big screen that it was slightly blurred. 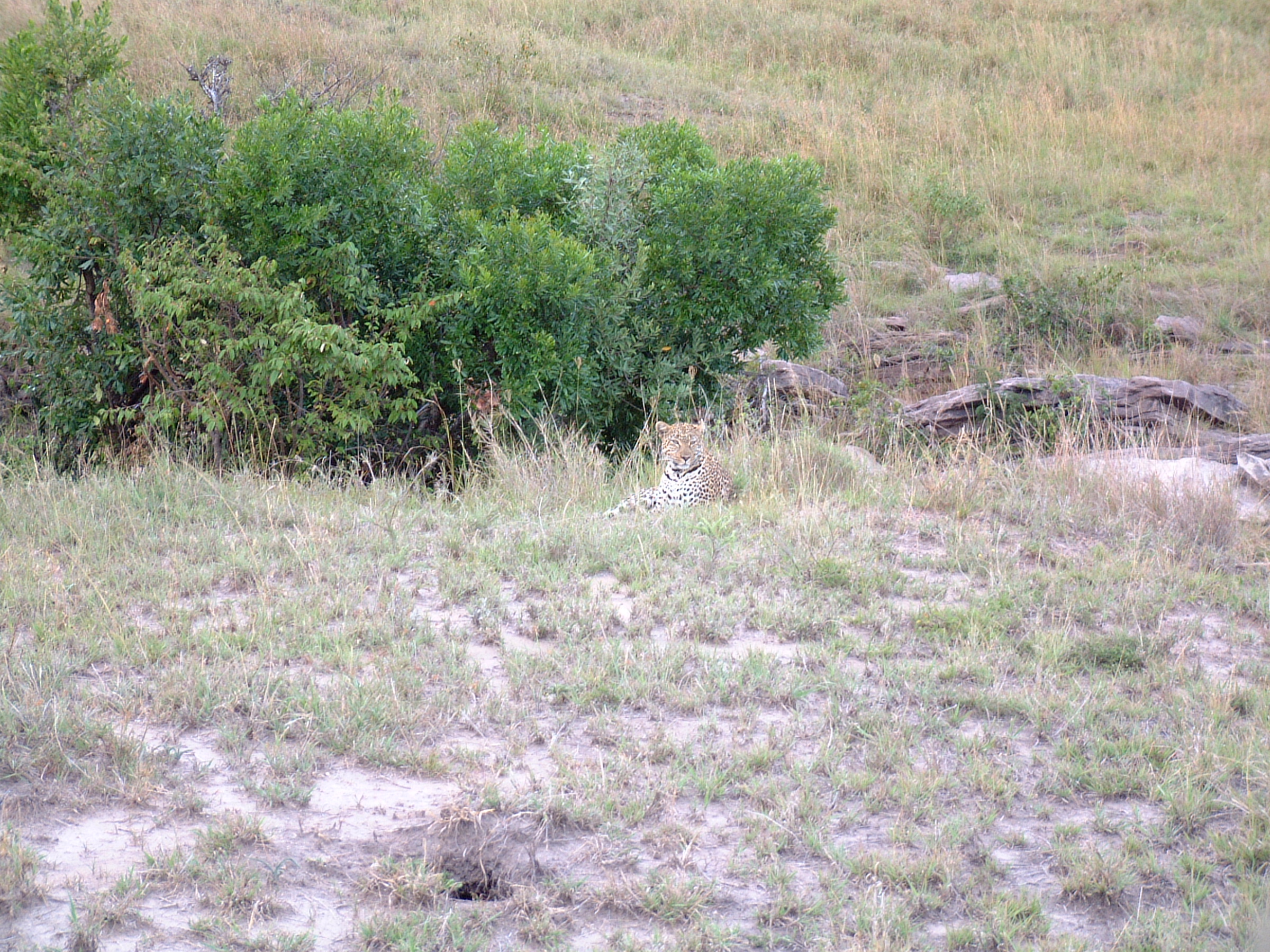 Given your interest a few years ago in flying in the copilot’s seat of a light aircraft, I have included a photo of the aforementioned H. sapiens specimen as he helped take us back to the coast. 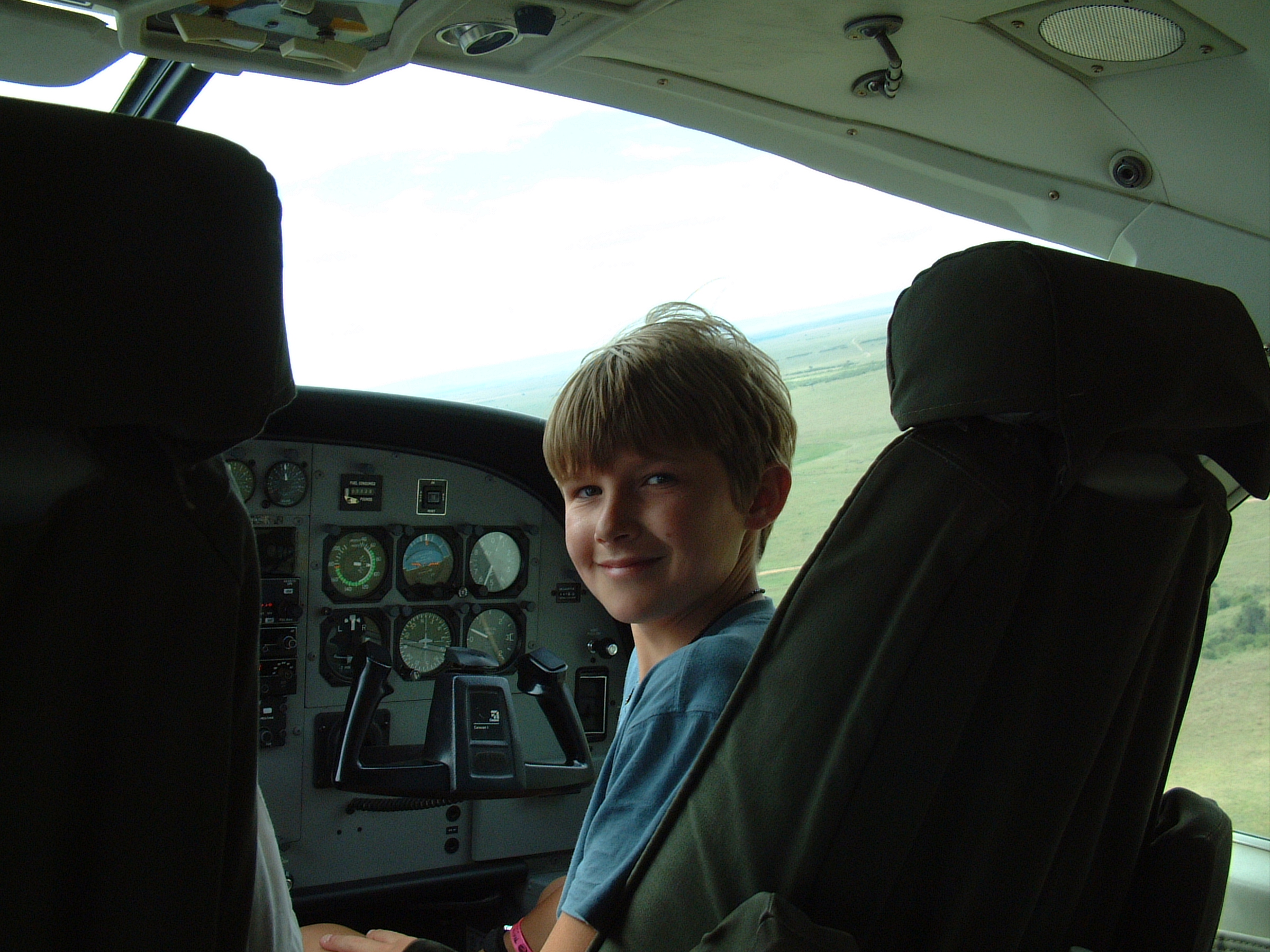