Posting will be light today as I have a dentist’s appointment AND we have a horrible situation in the duck pond with drake attacks and a shunned duckling. Please bear with me—and have pity on me.

There’s finally been a cease-fire in the fight between Gaza and Israel. It began at 7 pm yesterday Eastern US time (2 a.m. Israeli time). The peace was apparently brokered by Egypt, Qatar, and the U.N., with pressure from the U.S. But the old grievances remain, and now there’s internecine hatred between Jewish and Arab citizens of Israel. One errant Hamas rocket, and the fighting starts all over gain (also true for Israeli airstrikes, but I have more trust in Israeli restraint. But let’s just hope that, for the nonce, the fighting stops. One thing is for sure: it will resume again. I worry that all the aid to Palestine that will start flowing from the West will be used, as it has been before, to buy rockets.

Here’s HuffPost’s invidious headline, blaming the lack of a cease fire on Israel, when in fact both sides had to agree, and the cease-fire was brokered. This HuffPost rag is beneath contempt.

Over at the Washington Post, columnist Joe Waldman says that Biden isn’t really more radical than he has been: perhaps just a few ticks to the left:

Even now, Biden would argue that he’s basically sticking to this approach. The key difference is that as president he has the ability to push further on those same ideals. You can even make the case that he is not pushing much further than before but his movements are more visible because he can set the agenda.

After all, the truth is that the current agenda he’s setting isn’t all that radical. It’s a few steps to the left of where Obama was, and more ambitious than what Biden advocated for as a senator, but nothing in it expresses any different values from the ones Democrats have long held. He doesn’t want to seize the means of production and throw every billionaire into a reeducation camp; he just wants to beef up union protections and bump up the top tax rate by a few points.

The GOP claim that Biden is a secret leftist tells us only that Republicans, too, have the same basic ideals they’ve long had. They’ll surely be passionately opposed to the administration’s new plan to invigorate IRS enforcement, for instance, which could bring in hundreds of billions of dollars in lost revenue.

The BBC reports on “the unluckiest swan” that has now become lucky. It’s a swan in Cambridgeshire that was watched by Rob Adamson, a lovely guy who saw that its nest was about to be flooded. (The pair’s nesting attempts had failed for ten years.) He built a predator-proof floating platform, put the nest and its eggs on it and, mirabile dictu, all eight eggs hatched! A few photos are below (h/t Jez; photos by Rob Adamson and Jones boatyard). 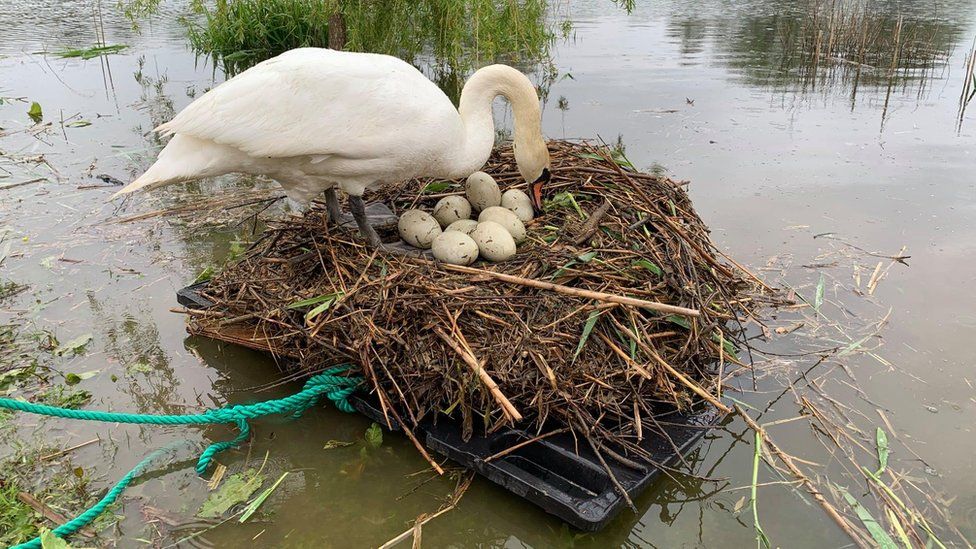 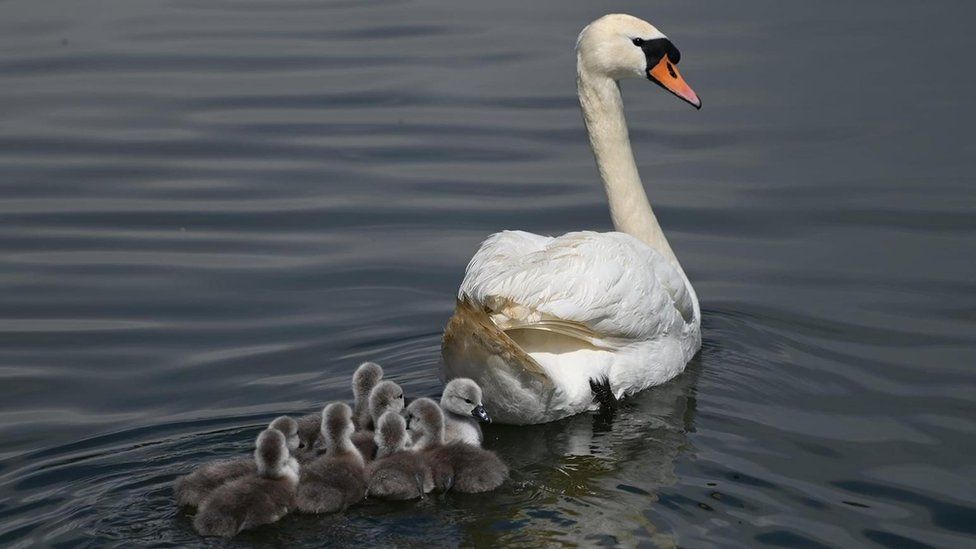 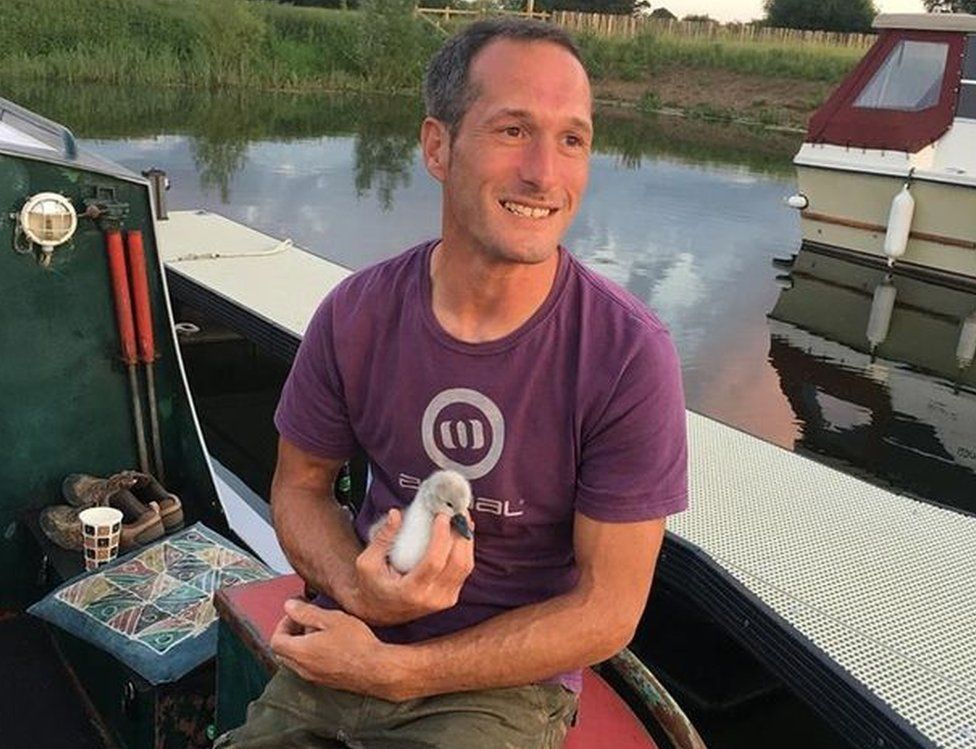 Stuff that happened on May 21 includes:

It drives me mad and I know it does you too, that one has no time for reading anything beyond what must be read: my room is encumbered with unread books. #DarwinOnThisDay 21.5.1868 pic.twitter.com/SpwDgjW9Og

The scandal of the decade, and at the U of C! Here are Leopold and Loeb’s mug shots (Leopold is at the top). Loeb was murdered in prison in 1936, while Leopold was released in 1958 and died in Puerto Rico in 1971. 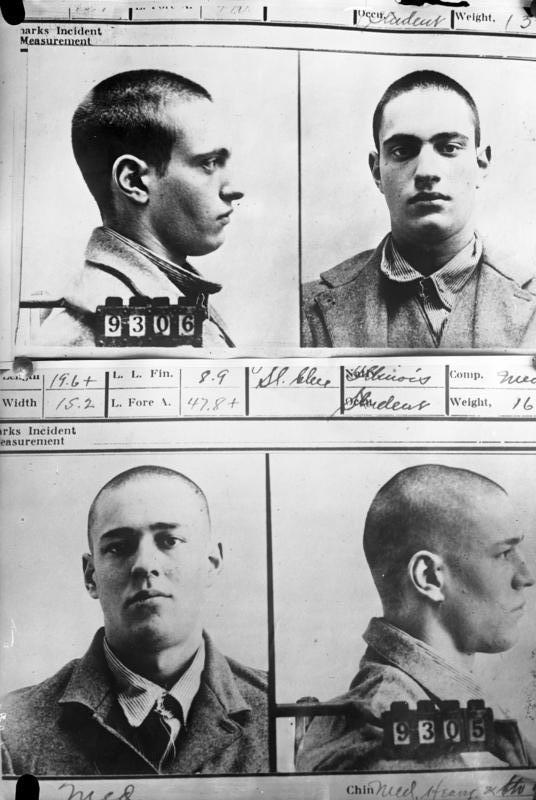 You can still see Lindbergh’s plane, “The Spirit of St. Louis”, at the National Air and Space Museum in northern Virginia. I highly recommend a visit: 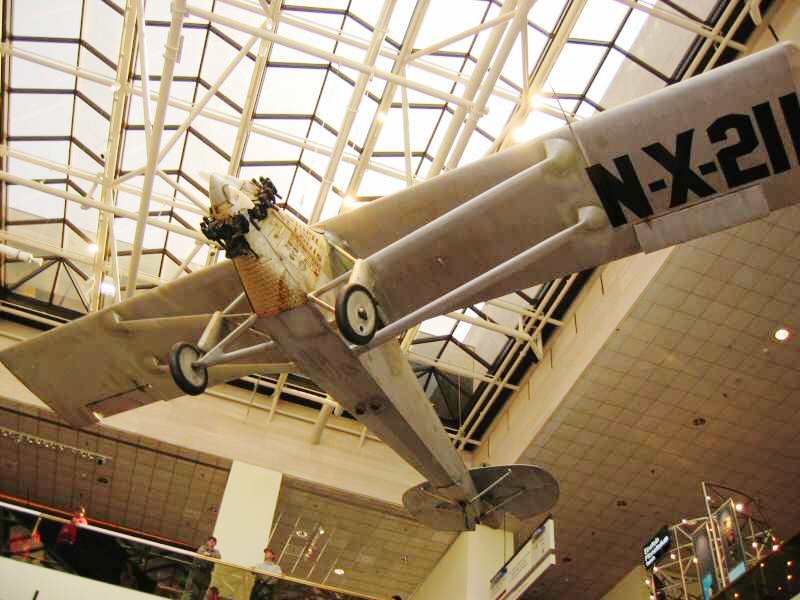 You can see this portrayed in the movie “In the Realm of the Senses.” Here’s a portrait of Abe: 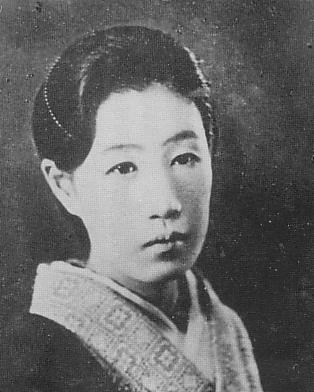 Here’s a re-creation of that incident; the Wikipedia caption is this: “A re-creation of the Slotin incident. The inside hemisphere with the thumb-hole next to the demonstrator’s hand is beryllium (replacing the uranium tamper of the same size in a Fat Man bomb). There is an external larger metal sphere of aluminium under it (replacing the pusher sphere in this bomb’s design). The plutonium “demon core” was inside the spheres at the time of the accident and is not visible, but its dimensions are comparable with the two small half-spheres shown resting nearby.” 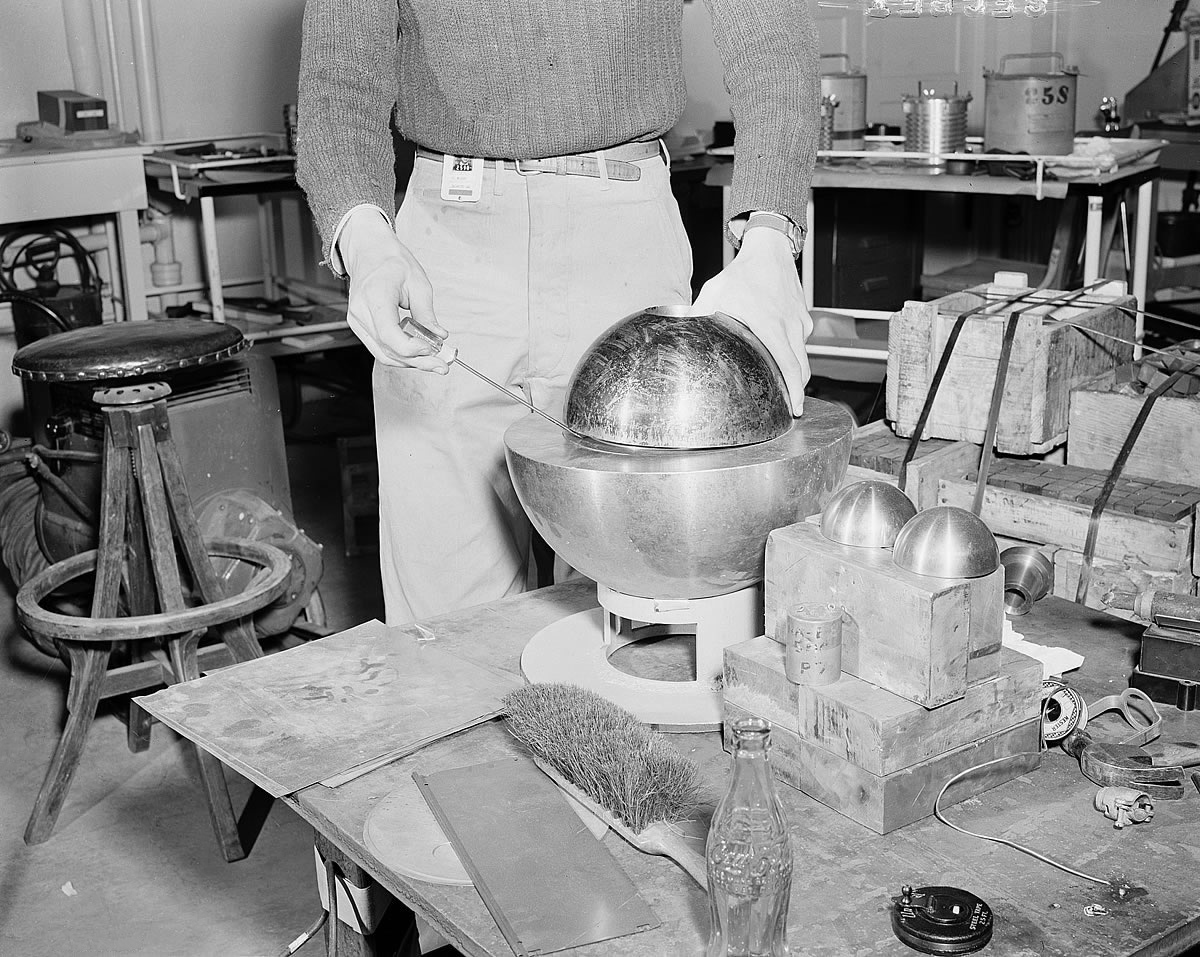 Here’s the damage below. Toth was in a psychiatric hospital for two years and then was deported to Australia, where he died in 2012:

Here’s Anning and her dog Tray, painted five years before her death: 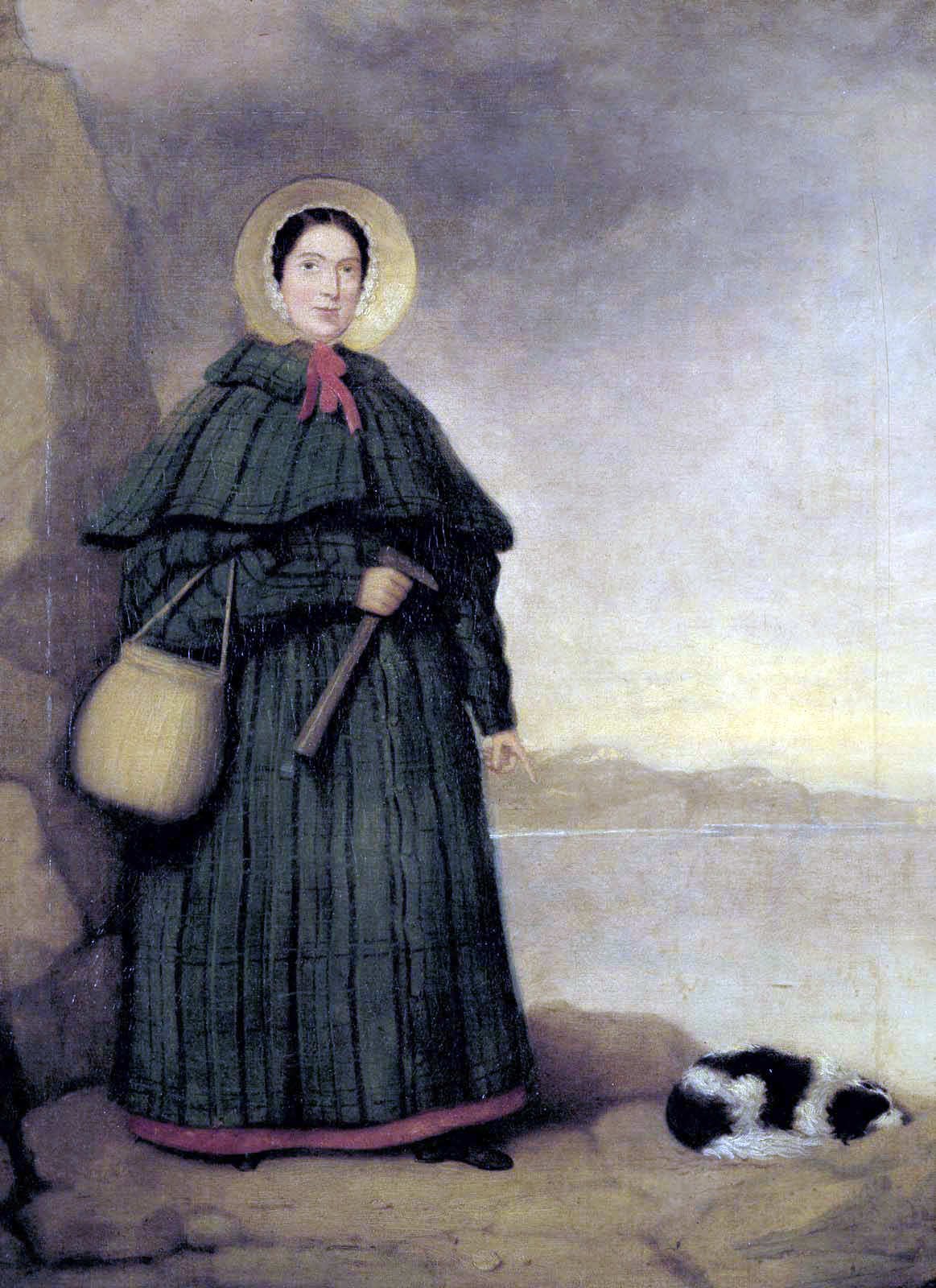 A wonderful painting, “Cat“, by Rousseau: 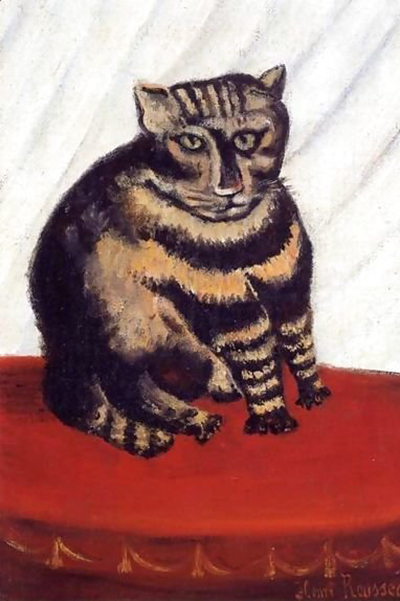 Those who were no more on May 21 include:

Once again I urge you to read the best cat poem ever, “For I will consider my cat Jeoffry“, by Smart, written while he was incarcerated for lunacy. It’s part of a longer poem, “Jubilate Agno.”

Addams in 1914; you can still visit her social-work “settlement house”, Hull House, in Chicago: 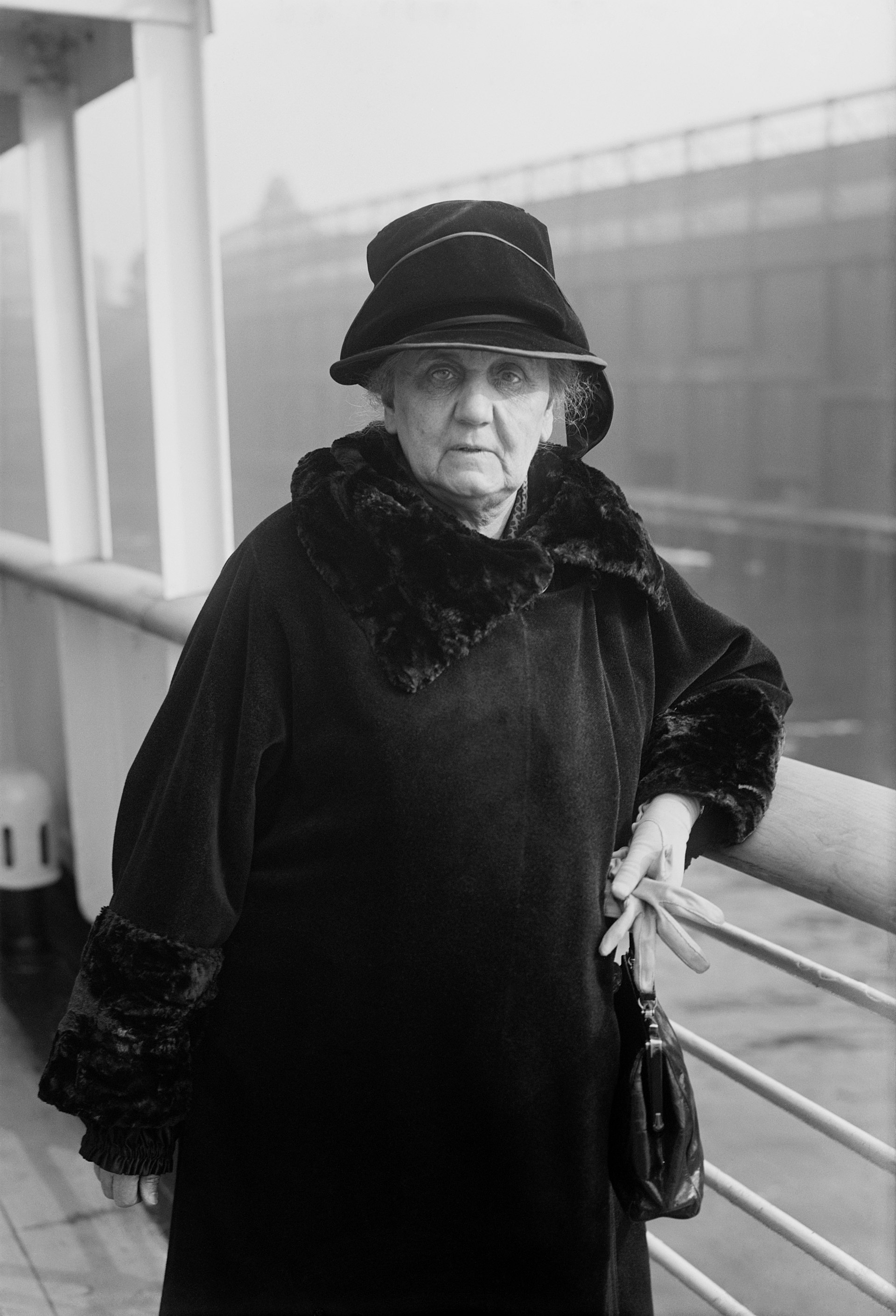 Paulina: What are you thinking about?
Hili: About your yesterday’s shopping.
(Photo: Paulina R.) 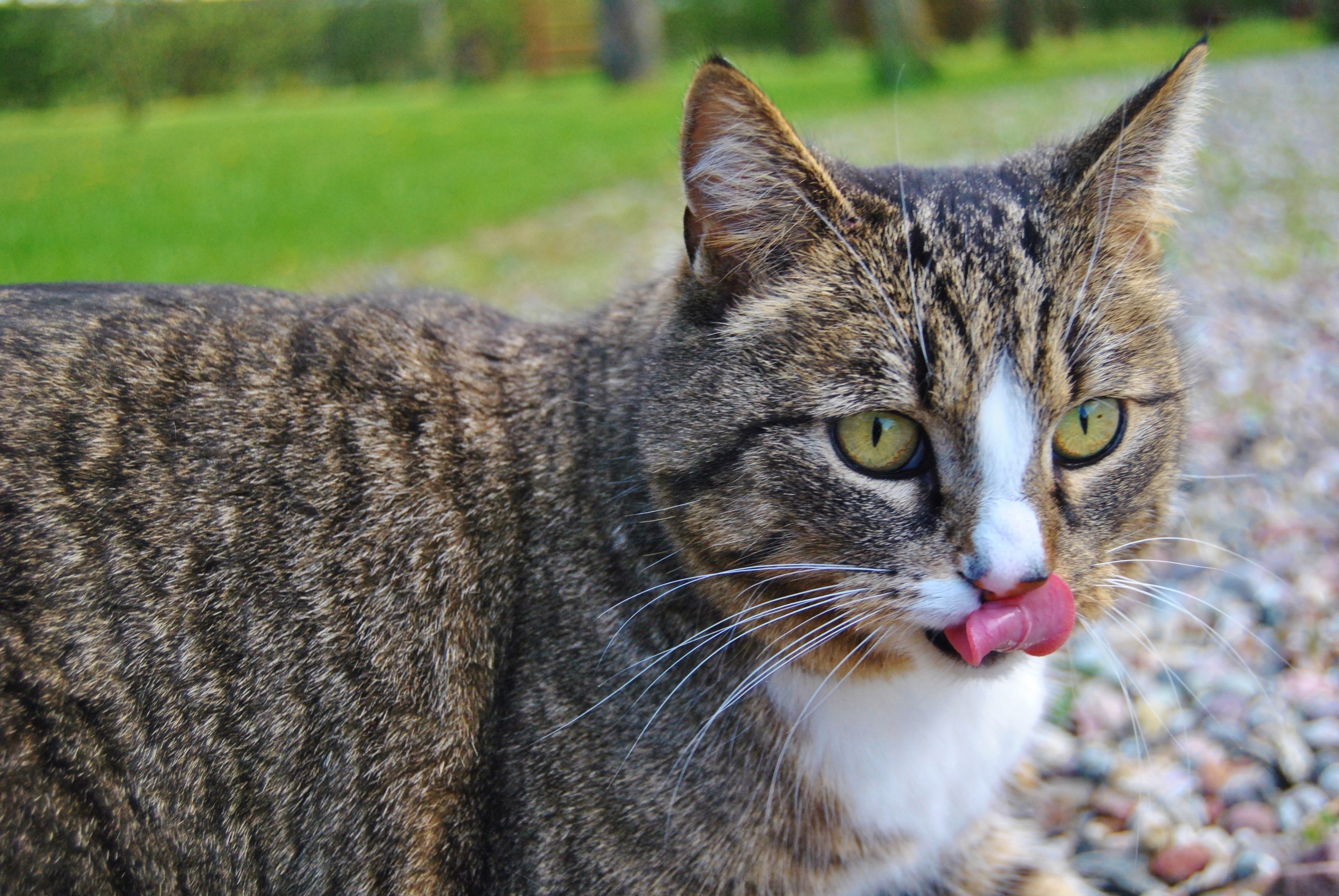 Here’s little Kulka up in a tree: 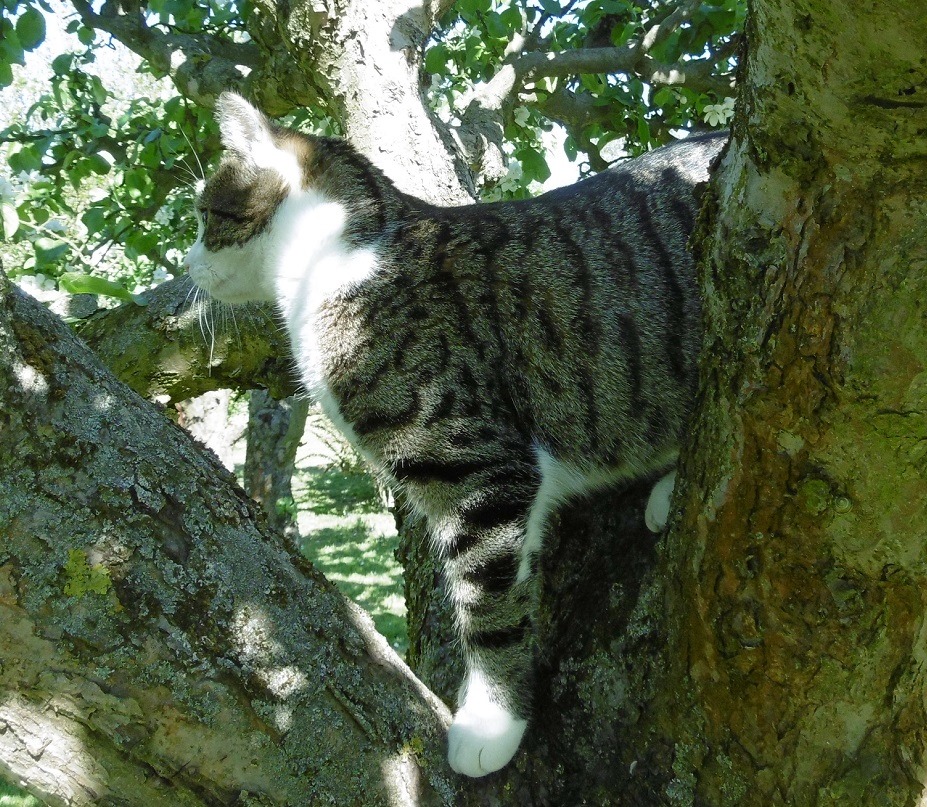 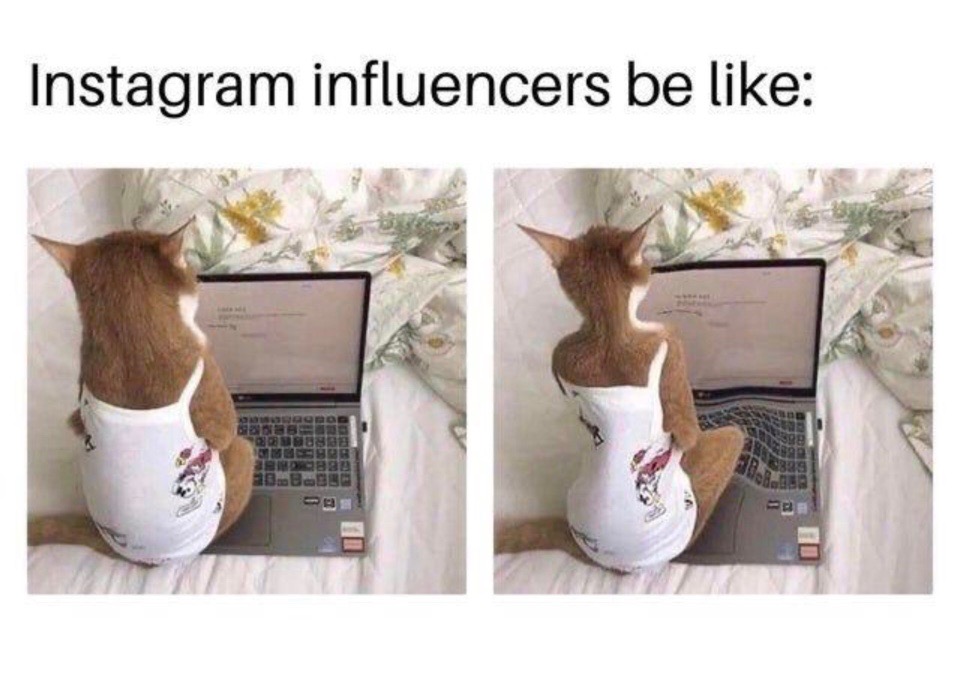 A meme from Jesus of the Day: 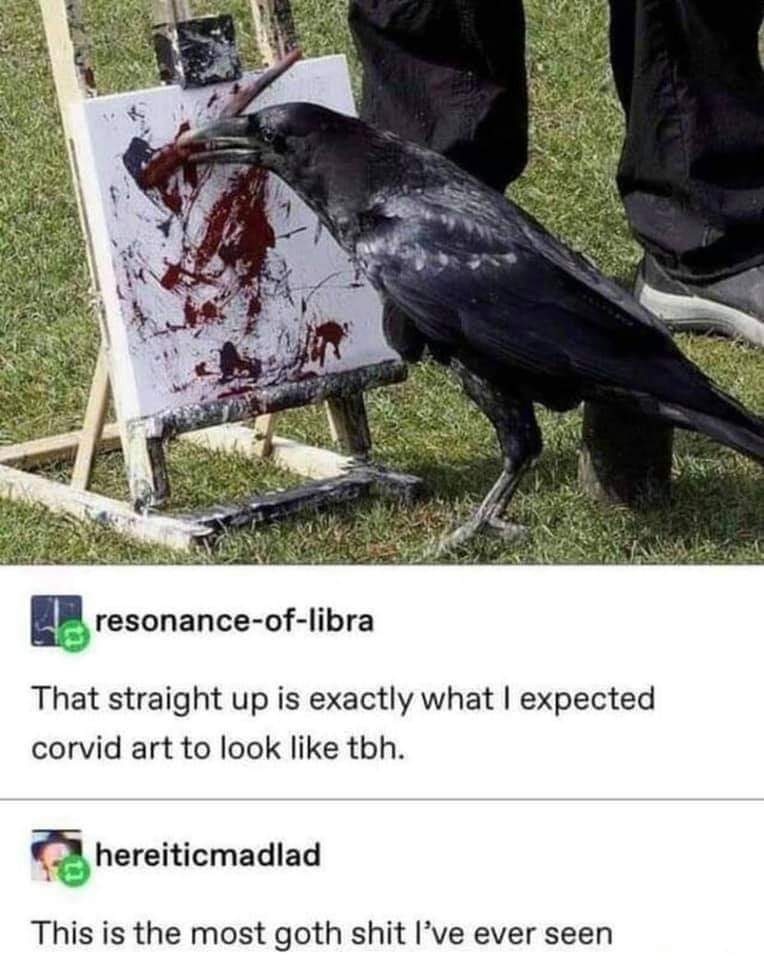 And another from the same source: 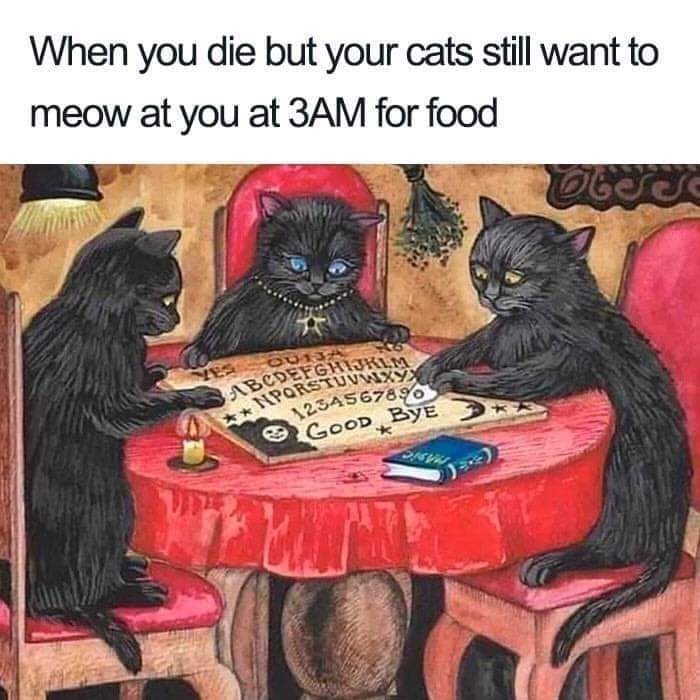 From Simon: I haven’t read this paper yet, but here you go!

Preliminary results from a trial of more than 600 people are the first to show the benefits of combining different vaccines. https://t.co/wLtpDkzxxT

Seriously? Flying a Nazi flag at the border of Israel? Don’t forget the mayhem caused by putting a cartoon of Muhammad on the cover of Charlie Hebdo!

For years, #Hamas has radicalized Palestinians and incited deep-rooted antisemitism. Hamas flew a #Nazi flag at the Israel-Gaza border to send one message. They have one goal, the #genocide of the Jewish people. As a Palestinian, I unequivocally condemn this hatred. #StopHamas pic.twitter.com/cdklMmeWED

One more gem from London:

No. This isn’t Nazi Germany in 1948. Not Spain in 1492. It’s London 2021. But in all fairness, what’s an anti Israel protest without a hook nose, horned Jew to parade around? #london #israel #antisemitism pic.twitter.com/zXaCheTfji

From Ziya Tong; no translation needed!

Hens are such sweet birds https://t.co/9DupwIIh6q

Tweets from Matthew: a NYT obituary of the accomplished and much-beloved biologist Dave Wake of Berkeley.  See Greg’s obituary of Wake here.

David Wake, an evolutionary biologist who was one of the world's authorities on salamanders, raised an alarm in the 1980s and ’90s about the dying off of amphibians, especially frogs. He has died at 84. https://t.co/b2BtAr7FEY

I’ve been to Wales only once, to see Dylan Thomas’s roost in Laugharne. I need to get there more often, especially to see stuff like this:

Has anybody read the “Duck Tales” bandit?

The criminal known as Dagobert became famous for raising the cops-and-robber game “to an intellectual level never before seen in German police history,” according to one Berlin newspaper. How did he do it? https://t.co/2agFOvjU7k

Yesterday was World Bee Day—a UN holiday! If you’re not a fan of bees, you should bee:

There are over 20,000 species of bee in the world!#WorldBeeDay🐝 pic.twitter.com/PQfvQFKGKy