It’s technically the beginning of the week, though I don’t know why, as Sunday should be the week’s end. But people wiser than us have decided this, and so it’s Sunday, April 18, 2021: National Animal Crackers Day.  These treats were a childhood favorite of mine, but now they cost $2.29 a box, the carrying string has been replaced by a cardboard handle,  the animals are no longer caged in a circus wagon, but roam free, though not in one habitat as shown.  They’re also called “Barnum’s Animals”. Two servings per package? Fuggedaboutit!

In August 2018, Mondelez International (the parent company of Nabisco) released a new design for its Barnum’s Animal Crackers boxes in the United States, showing the animals freed from their traditional circus boxcar cages. This design change was made in consultation with People for the Ethical Treatment of Animals (PETA), one year after the Ringling Brothers and Barnum and Bailey Circus ceased operations. The new design shows a zebra, lion, elephant, giraffe and gorilla together in an African landscape.

The number and variety contained in each box has varied over the years. In total, 53 different animals have been represented by animal crackers since 1902. In its current incarnation, each package contains 22 cookies consisting of a variety of animals. The most recent addition, the koala, was added in September 2002 after being chosen by consumer votes, beating out the penguin, walrus and cobra.

Yay—no cages! Here’s the American version currently on sale (there’s a British version coated on one side with chocolate):

Wine of the Day (drunk with a chicken breast, rice, and fresh tomatoes). This $27 beauty was a joy: fresh, fruity, and elegant, with a garnet color and not an off-note to the tipple. I don’t in general favor California Pinot Noirs, as they are not even close in complexity to great French burgundies made from the same grape (I’ve had very few, but have had the experience encapsulated in the saying, “Great Burgundy smells of shit“). Nevertheless, think of this as an elegant and delicious Beaujolais, not to be compared to Burgundy, and you’ll enjoy it a lot. It was well worth the money, and I was tempted to drink a third glass. (I usually get 4 or five decent glasses from a bottle, which lasts two days or so. 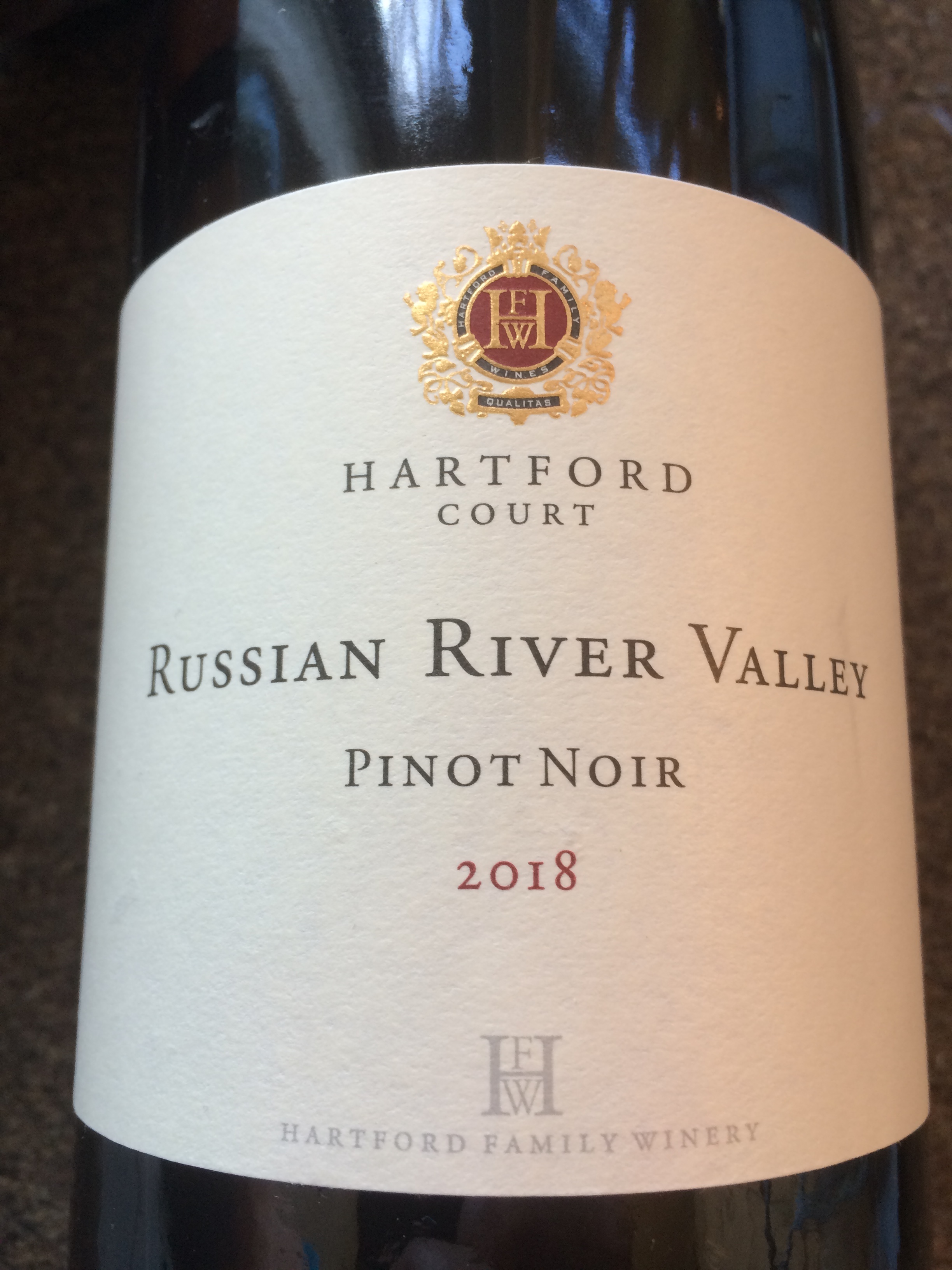 I watched a bit of Prince Philip’s funeral on the t.v. news, and was touched by the sight of Queen Elizabeth sitting by herself (there were only 30 guests) and occasionally bowing her head as if weeping. They were married 73 years—two years more than I’ve been alive—and although Philip made some racist gaffes and was generally to be avoided in his dotage, I think about the people who loved him, and, like the Queen, now have to face life without their helpmate.

This very moving image of the Queen having to sit alone is surely destined to be one of the photographs of the pandemic. pic.twitter.com/BhiJi5moFZ

After criticism by Democrats when he decided to keep the immigration limit close to that of Trump (about 15,000 per year), Biden has now backed off, saying that the new limit would be higher (he’d promised 62,500 during the campaign.) There’s still no sign of what standards “progressive” Democrats want, giving ammunition to Republicans who say that Dems favor a complete “open border” policy. In the meantime, Mexico is stepping up its own deportations of immigrants from Central America.

How many individuals of Tyrannosaurus rex were there on Earth at any one time? The NYT takes up this burning question, giving a gloss on a new paoer in Science.  The paper floats this figure:

This figure comes from known ecological data on density versus body mass, taking into account aspects of life like diet and metabolism. Drop it at a party and you’ll be the hit of the evening.

Stuff that happened on April 18 includes:

Apparently Joan’s birthplace is still in existence; Wikipedia gives the photo below with the caption, “Joan’s birthplace in Domrémy is now a museum. The village church where she attended Mass is to the right, behind the trees.” She was burned in 1431 at about nineteen years old. 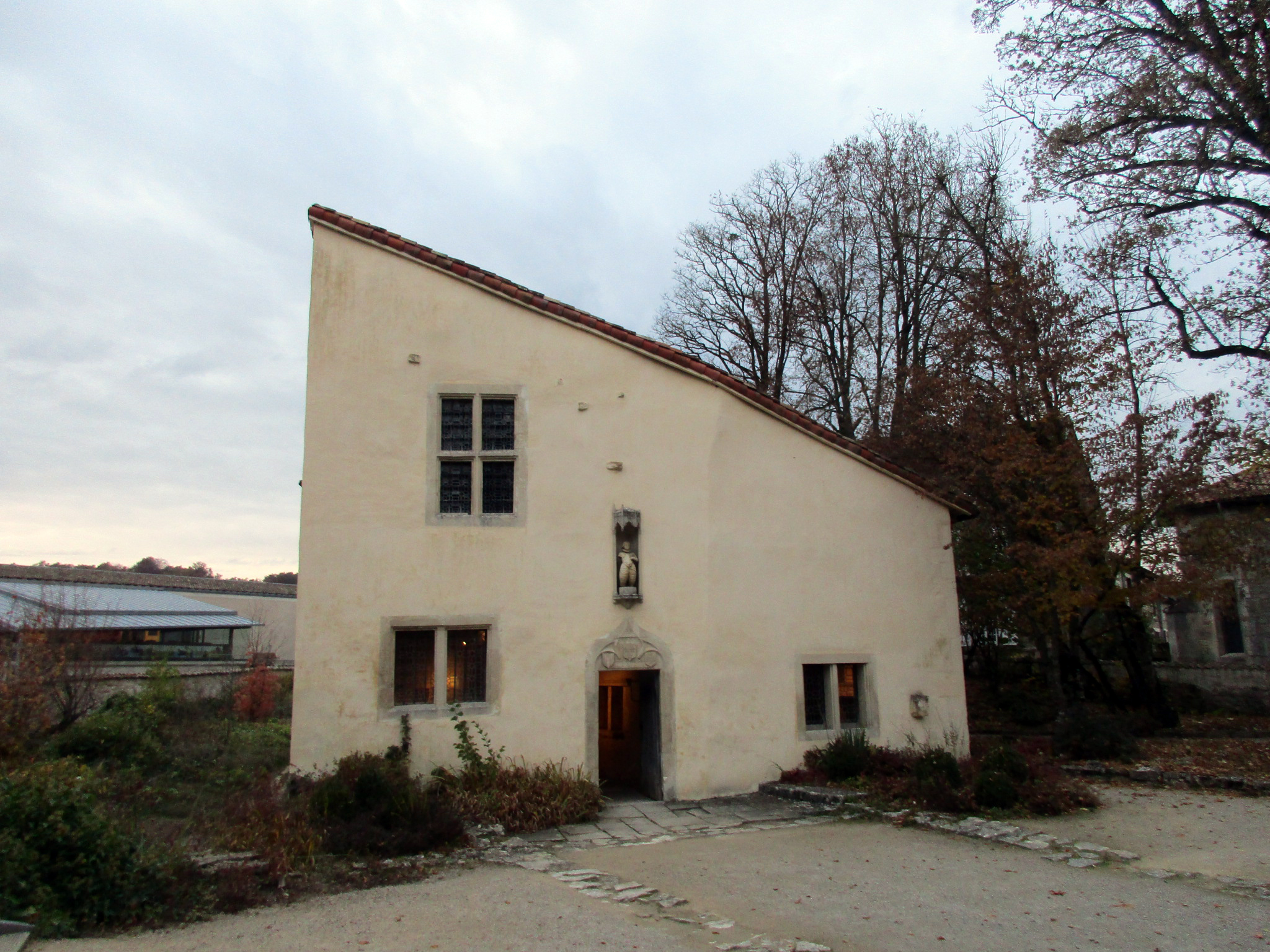 The Passion of Joan of Arc, a 1928 movie starring Renée Jeanne Falconetti, is in my view the greatest silent movie ever made. Do watch it!  It’s free online, and you can see it here.

All 705 survivors were in lifeboats, as the water was too cold for anybody to have survived during the hour and a half after the Titanic sunk (the Carpathia began heading towards the Titanic when it received the distress call several hours before the big ship sank).

It closed in 2008, and there’s a new Yankee Stadium. Fortunately, it hasn’t been given an odious commercial named like the venue for the Chicago White Sox: Guaranteed Rate Field. That name will hold for at least eight more years. OY! Here’s a brief documentary of America’s most famous baseball stadium. (I think that leaves Fenway Park and Wrigley Field as the last original ballparks in the major leagues.

#OnThisDay 1930: the BBC's news announcer said, "there is no news" and piano music was played for the remainder of the 15 minute segment. pic.twitter.com/1fhNRwiJx8

Here’s that last goal and his distribution of signed hockey sticks to his team members.

Here’s some rare footage of Darrow, Bryan, and Scopes during the 1925 “Monkey trial”:

Davidman was married to C. S. Lewis, who wrote about her life and death in several poignant memoirs. She died at only 45 of cancer, leaving the theologian bereft (she was born Jewish as well). Here she is: 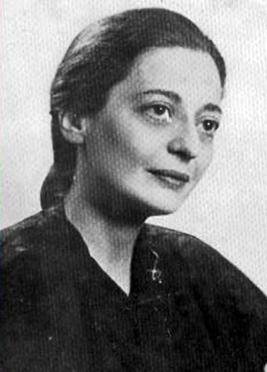 Those who became devoid of life on April 18 include:

Erasmus was Charles’s grandfather, and published the idea of evolutionary change well before his son, though Erasmus never worked out the consequences.

Pyle was a great war correspondent, and was killed on Iwo Jima while reporting. Here’s a photo of his body given in the Wikipedia article with its caption:

Meanwhile in Dobrzyn, Malgorzata describes this discussion “Hili thinks that political correctness has gone wild (see Titania McGrath).and there should be limits to it. Andrzej responds that people cannot agree where to put these limits.”

Hili: There should be limits to political correctness.
A: Everybody says so but these limits are disputed.
(Photo: Paulina R.) 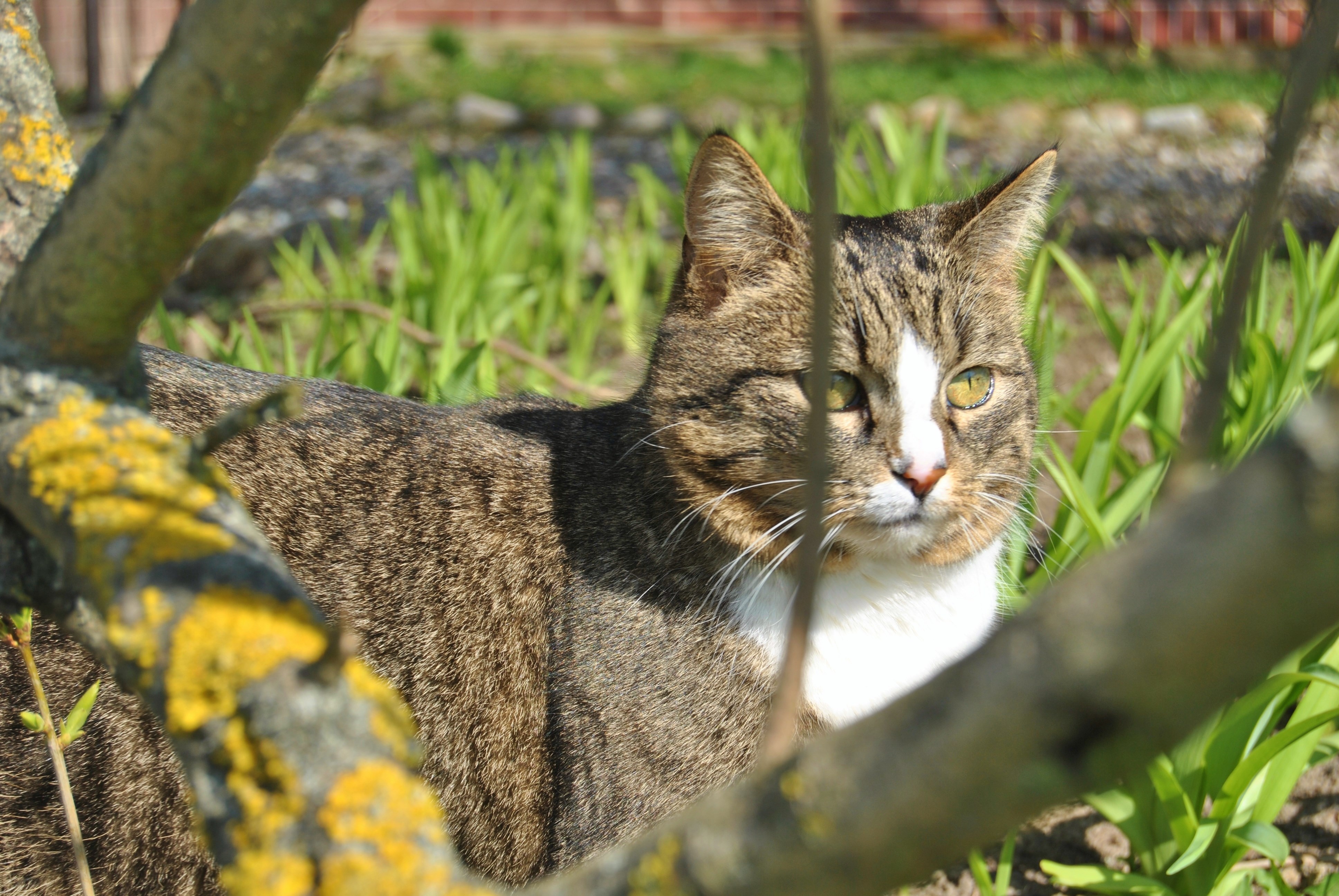 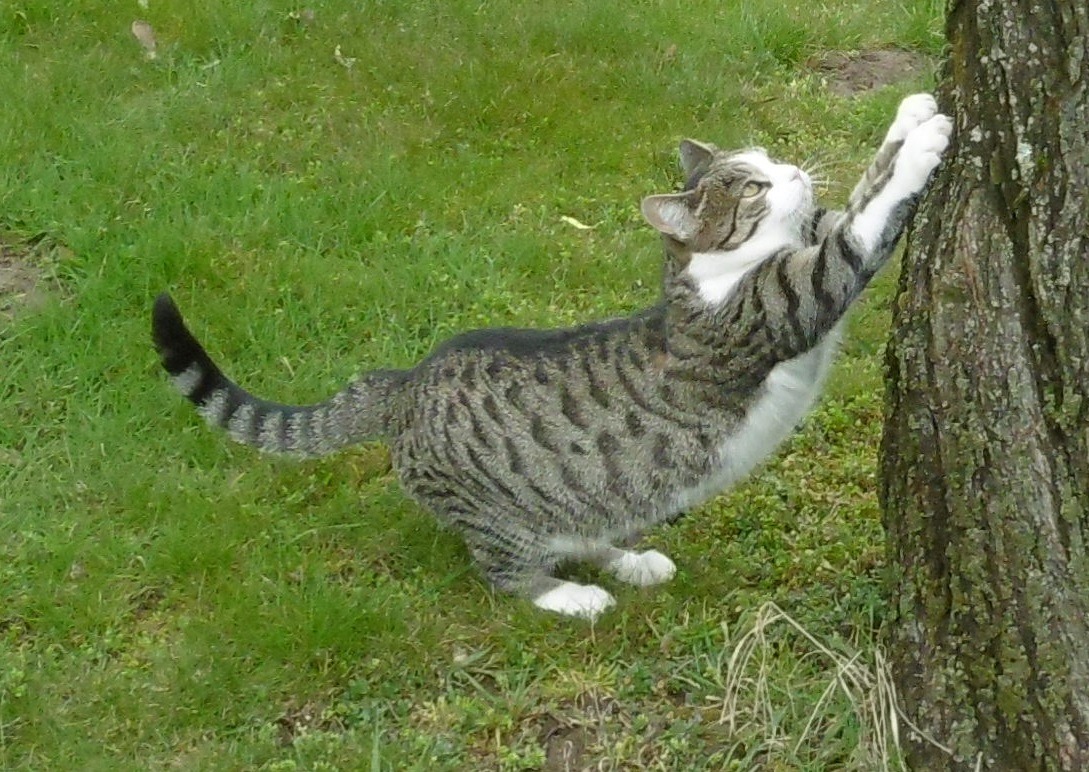 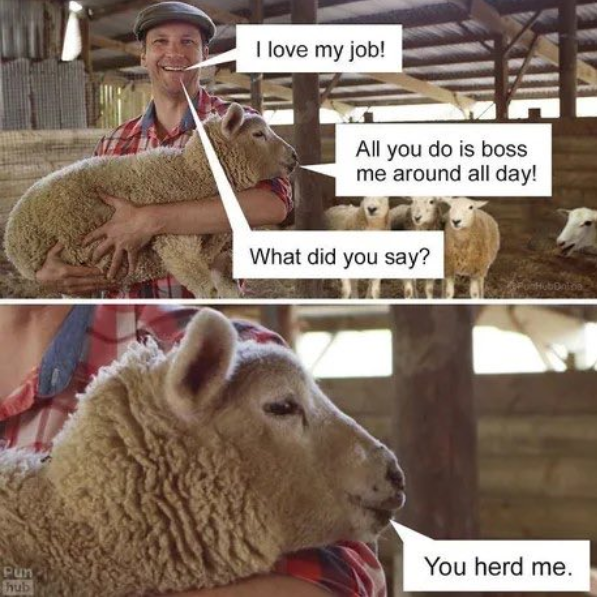 Speaking of sheep, a meme from Nicole: 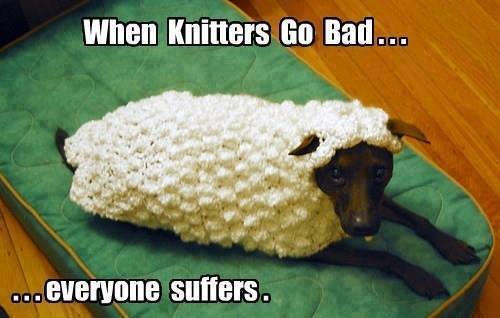 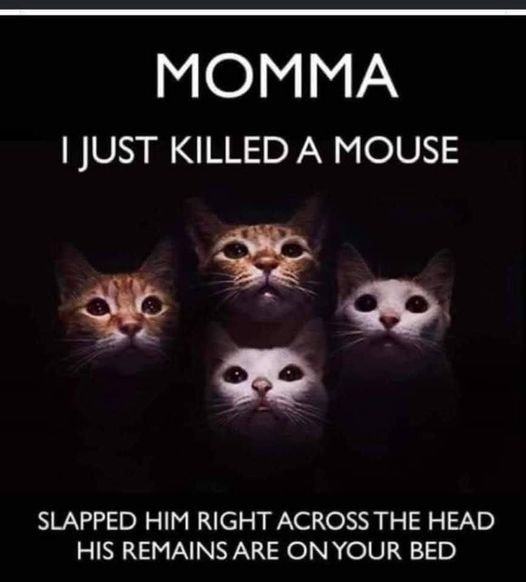 From Titania. By G-d, sir, this is too damn much!

As the @guardian points out, Genghis Khan's acts of genocide were remarkably eco-friendly.

So the next time someone complains about Stalin's "Great Purge", just remind them that he was simply trying to reduce his carbon footprint. pic.twitter.com/1q8iaO0nUL

A tweet from Dom about what we call a “long term study.” They haven’t yet gotten the results from this year’s bottle yet, but the thread has the results of germination from the last (120-year) bottle:

In fall 1879, Professor Beal buried this and 19 other bottles on MSU’s campus. Each bottle had seeds of 21 plant species packed in sand. To understand how long seeds remain viable in the soil, bottles are dug up periodically and the seeds germinated to check viability

Tweets from Matthew. Look at these beautiful ducks and ducklings! I’ve seen these in captivity in their native land, New Zealand. Curiously, the female is the more colorful sex (the one with the white head and chestnut breast):

Could you have guessed what was going on in this photo?

A photographer was lying on his back to shoot a picture of the ceiling when he was approached by curious pigeons.🤩 pic.twitter.com/Rjpsu56XuI

Bee flies and allies have the ability to extend their mouthparts to get into deep corollas to get nectar and pollen. Some retract the mouthparts into the head capsule; while others like this Leylaiya mythicomyiid, scrunch it up like an accordion. #FlyFriday https://t.co/A5RvP4GgTT pic.twitter.com/cFDufig2oc

Stegosaurs are Matthew’s favorite animals of all time:

Adding again that this art is by @KetrinaYim