Oy! I wake up this morning to find, thanks to the Guardian, that my beloved Hawaiian shirts—technically, “aloha shirts“—have gotten the stink-eye from the Perpetually Offended. According to the paper—or rather, according to a Princeton academic, clearly empowered to be an arbiter of culture, these colorful shirts, worn by locals (Asians, Native Hawaiians) and immigrant mainlanders alike, are now “problematic.” The article below, which shows eminent people like Bill Murray and Rihanna wearing Hawaiian prints, tells us that we are being colonialists by wearing them. 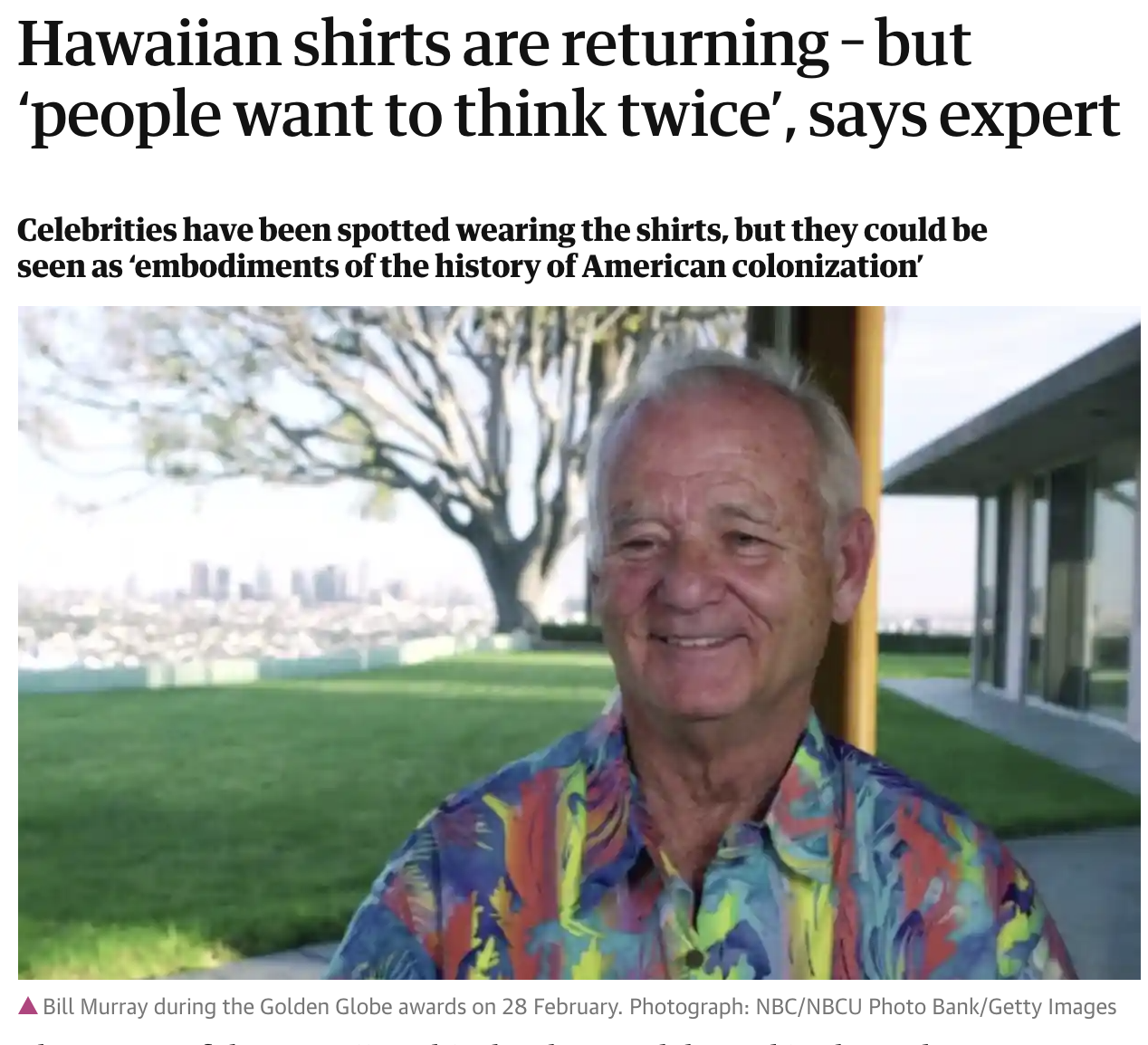 The return of the Hawaiian shirt has been celebrated in the style press, as celebrities including Bill Murray, Rihanna and Sophie Turner have been seen to wear them.

But according to Zara Anishanslin, a fellow at the Davis Center for Historical Studies at Princeton [she’s also an associat4e professor of history and art history at the University of Delaware], people should think twice before wearing the garments.

“They are the fashion equivalent of a plantation wedding,” said Anishanslin. “They could be seen as fashionable embodiments of the history of American colonization, imperialism and racism against Hawaii’s indigenous inhabitants. People might want to think twice about whether the look is worth the weight of its associative past.”

Yes, they could been seen that way—if you’re looking hard for reasons to police culture. But the Hawaiians themselves don’t seen them that way. In fact, according to Wikipedia, they were supposedly invented by a Chinese inhabitant of Hawaii, though the origin of this garment is still somewhat of a mystery:

According to some sources, the origin of Aloha shirts can be traced to the 1920s or the early 1930s, when the Honolulu-based dry goods store “Musa-Shiya the Shirtmaker” under the proprietorship of Kōichirō Miyamoto, started making shirts out of colorful Japanese prints. It has also been contended that the Aloha shirt was devised in the early 1930s by Chinese merchant Ellery Chun of “King-Smith Clothiers and Dry Goods”, a store in Waikiki. Although this claim has been described as a myth reinforced by repeated telling, Chun may have been the first to mass-produce or to maintain the ready-to-wear in stock to be sold off the shelf.

So in what sense are they the result of “American colonization and imperialism”?  Answer: they’re not. And if native Hawaiians and, in fact, nearly everyone wears them, what harm is being done? Even if there were an “associative past”, which is highly doubtful, the aloha shirt is an object of pleasure, brightening up the islands and bringing more color to an already colorful place. It’s hard to be unhappy when you’re wearing an aloha shirt. An island custom is “Aloha Friday,” when many workers, including lawyers and businessmen, wear these shirts instead of more formal attire.

But it gets worse, for the white-supremacist “Boogaloo Boys“, who advocate revolution, have adopted the aloha shirt as an unofficial uniform. The article goes on:

Hawaiian shirts have also been co-opted by the “Boogaloo” movement: white supremacists who advocate war against the federal government.

Not true! While some in the Boogaloo movement are white supremacists, others are allies of people of color, including the Black Lives Matter movement. The unifying aim of the Boogaloos is civil war against the government, not white supremacy. But never mind, for Dr. Anishanslin has a narrative to spin. There’s more.

About five years ago, Hawaiian shirts became part of the “dadcore” trend. Then the “Boogaloo” movement chose to combine them with camouflage trousers, body armour and weapons.

“It might not be an aesthetically pleasing combination but it’s a smart one, in terms of picking out your fellow members of the group in the crowd,” Anishanslin said.

Frankly I don’t give a rat’s patootie about what Anishanslin or any other Pecksniff thinks. I don’t wear my aloha shirts with camo pants, body armor, or weapons, so I’m not worried about accusations of being a proud boy.  I have a pretty big collection of aloha shirts, and intend to keep wearing them. Here’s a bit of my closet: 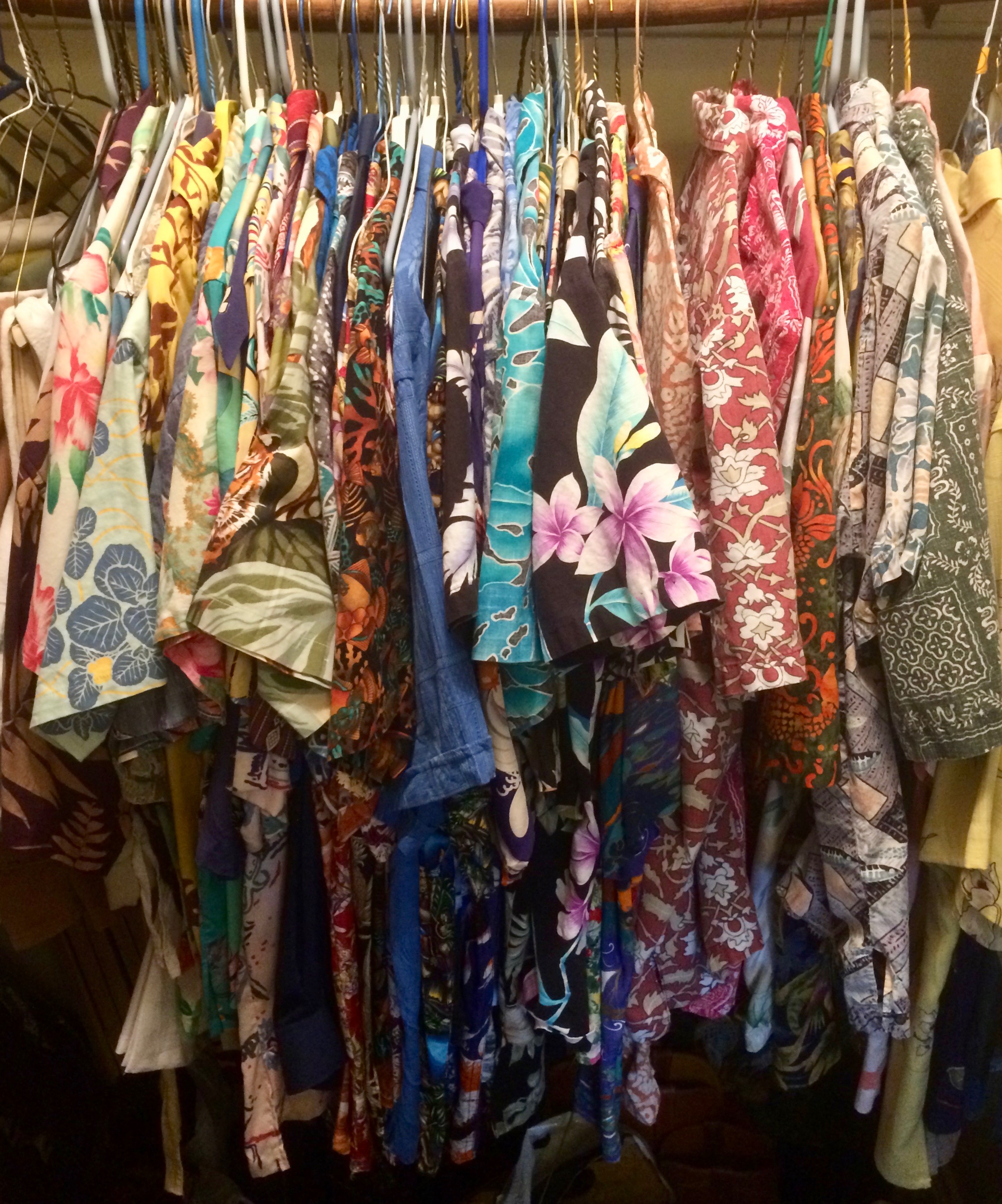 Anishanslin’s solution: anti-racist aloha shirts. Once again an object of joy is turned into a political statement:

Anishanslin also believes celebrities such as Cara Delevingne and Justin Bieber who have recently worn Hawaiian shirts have a chance to help to reclaim them.

“Why not design Hawaiian shirts that use anti-gun, anti-racist, pro-peace iconography and slogans?” she said. “Why not, perhaps importantly, hire indigenous designers to create them?”

And then they show Justin Bieber, who by wearing a racist Aloha shirt, is being a racist, for, as Ibram Kendi tells us, if you’re not an antiracist, you’re a racist. There is no middle ground:

Isn’t it often the case that the advocates of this kind of cultural fascism are white? Indeed, Anishanslin is clearly a PONC (person of no color): 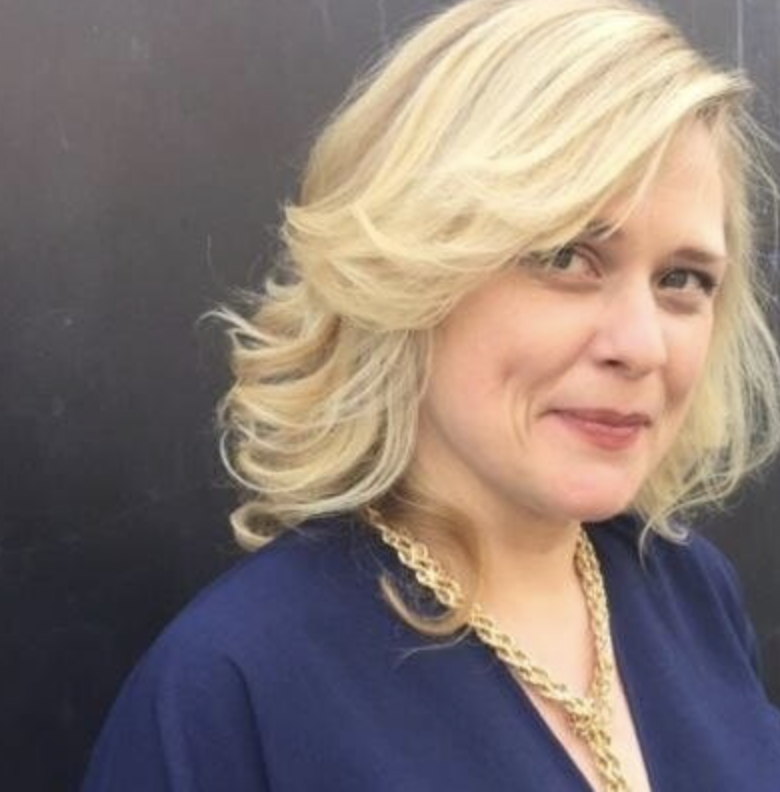 This fracas about aloha shirts is a prime example of performative wokeness: pretending you’re engaging in helping the downtrodden while actually doing noting to help them—what you’re doing is singling yourself out as particularly moral and perspicacious.  What, exactly, is the harm done when white people wear aloha shirts along with all their other fellow Americans in Hawaii?

57 thoughts on “Hawaiian shirts are now “problematic” symbols of colonialism”