These aren’t really wildlife, but these photos of old Antarctic expedition huts are of immense interest, at least to me. The photographer is Michael Hannah, a paleontologist at the University of Victoria at Wellington, and you can enlarge his photos by clicking on them. Mike’s captions are indented.

Here are some pictures of the “heroic era” huts on Ross Island, Antarctica along with some comments. I’ve included a couple of Ponting’s original photos. [Herbert Ponting, the photographer on Scott’s Terra Nova expedition in 1910-1913.]

It was always thrilling to work in Antarctica, where over five drilling seasons I was involved in a lot of amazing science. But one of my proudest achievements was to be made an official guide to the historic huts on Ross Island. In the end I never guided anyone through them – but the appointment is listed on my CV!

There are three huts in the vicinity of McMurdo Station and Scott Base. The oldest dates back to Captain Scott’s first expedition (1901 – 1904). It was built at Hut Point, now just across the way from McMurdo Station. 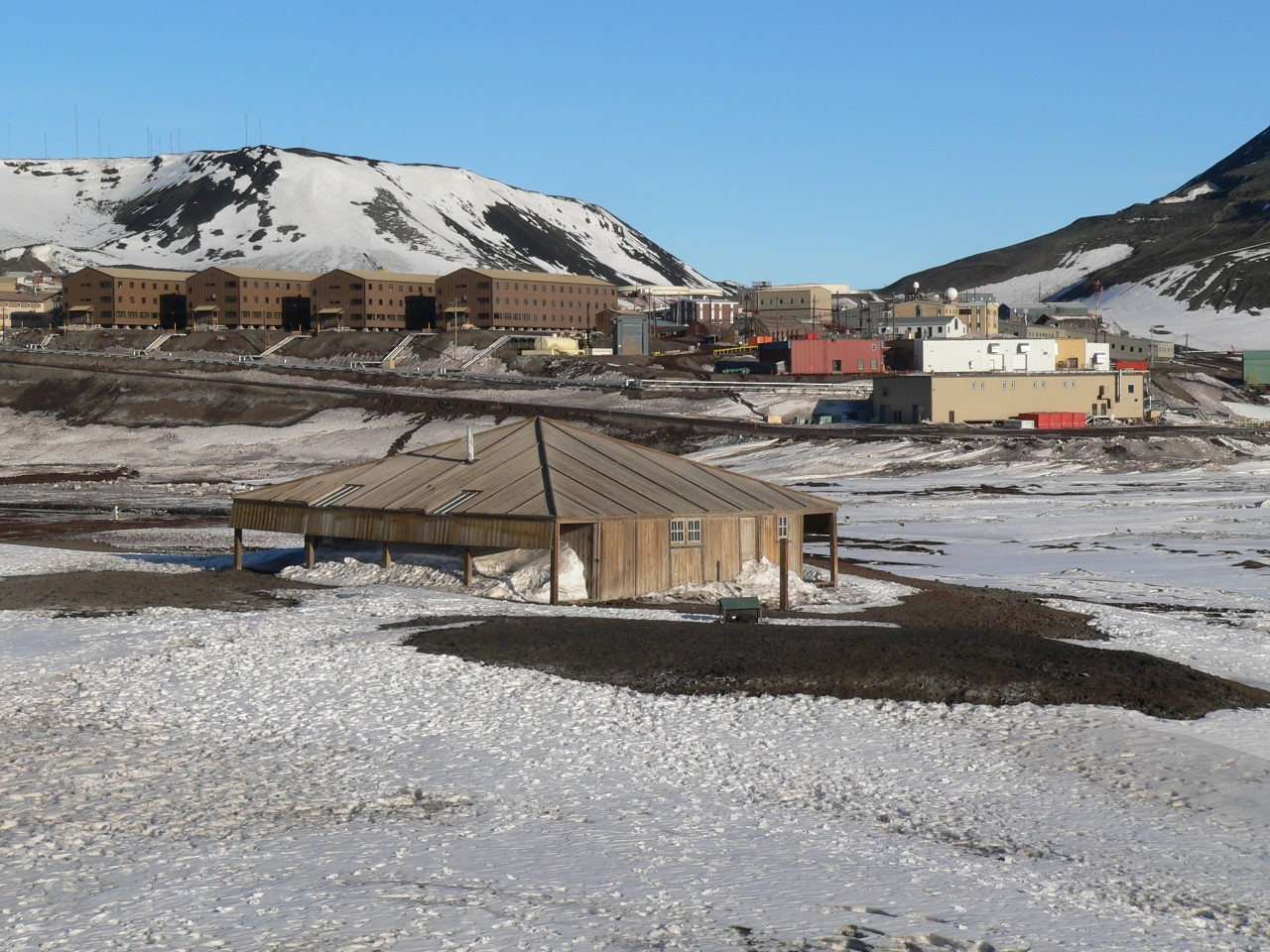 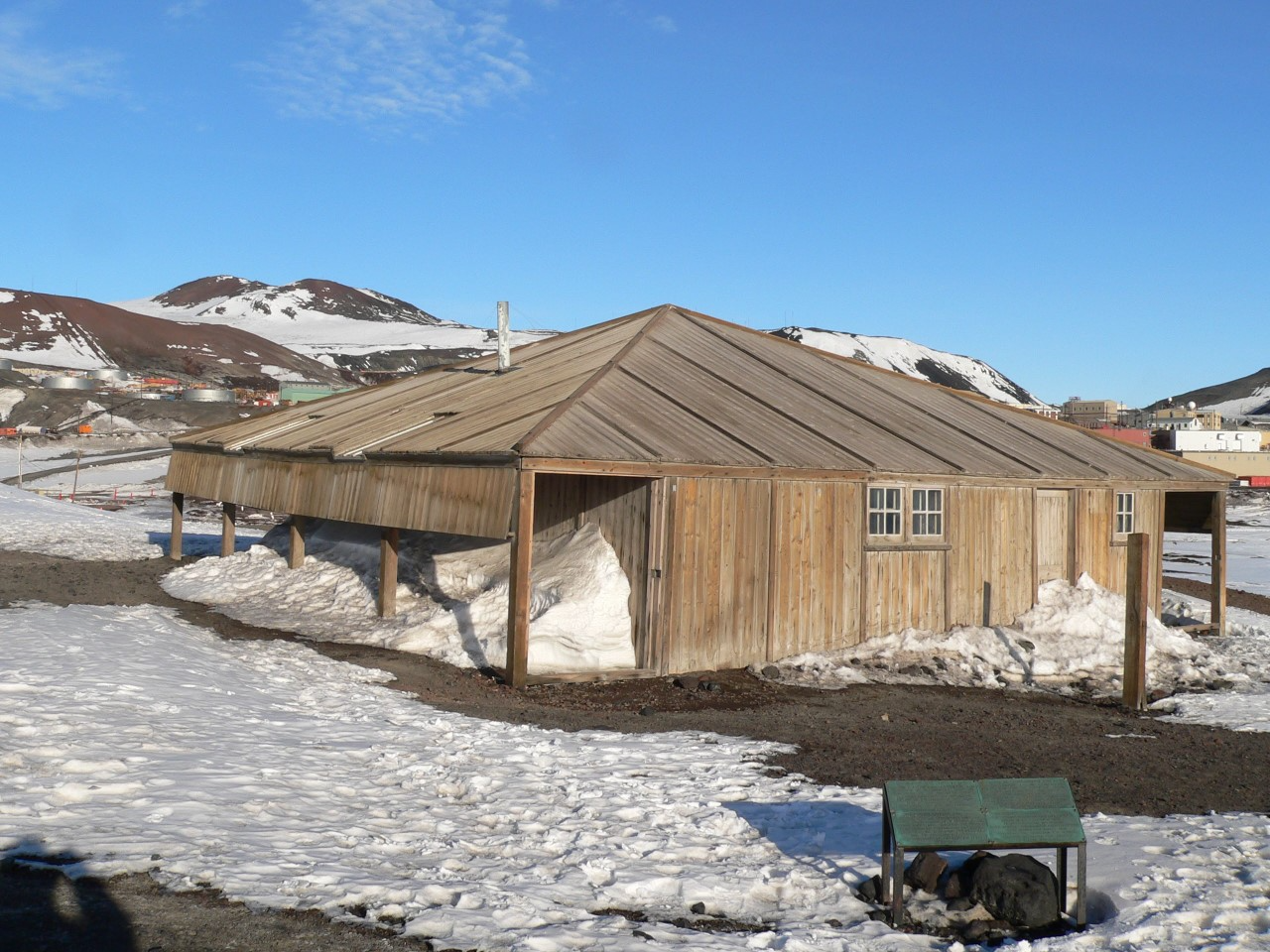 This wasn’t a very comfortable hut. Designed in Australia, it had wide verandas all around to keep the sun off and was poorly insulated and as a result it was cold and miserable – the expedition never used it as accommodation. They stayed on their ship Discovery which was frozen in nearby.

The hut was prefabricated and you can still see the code marks used to match up the various pieces. 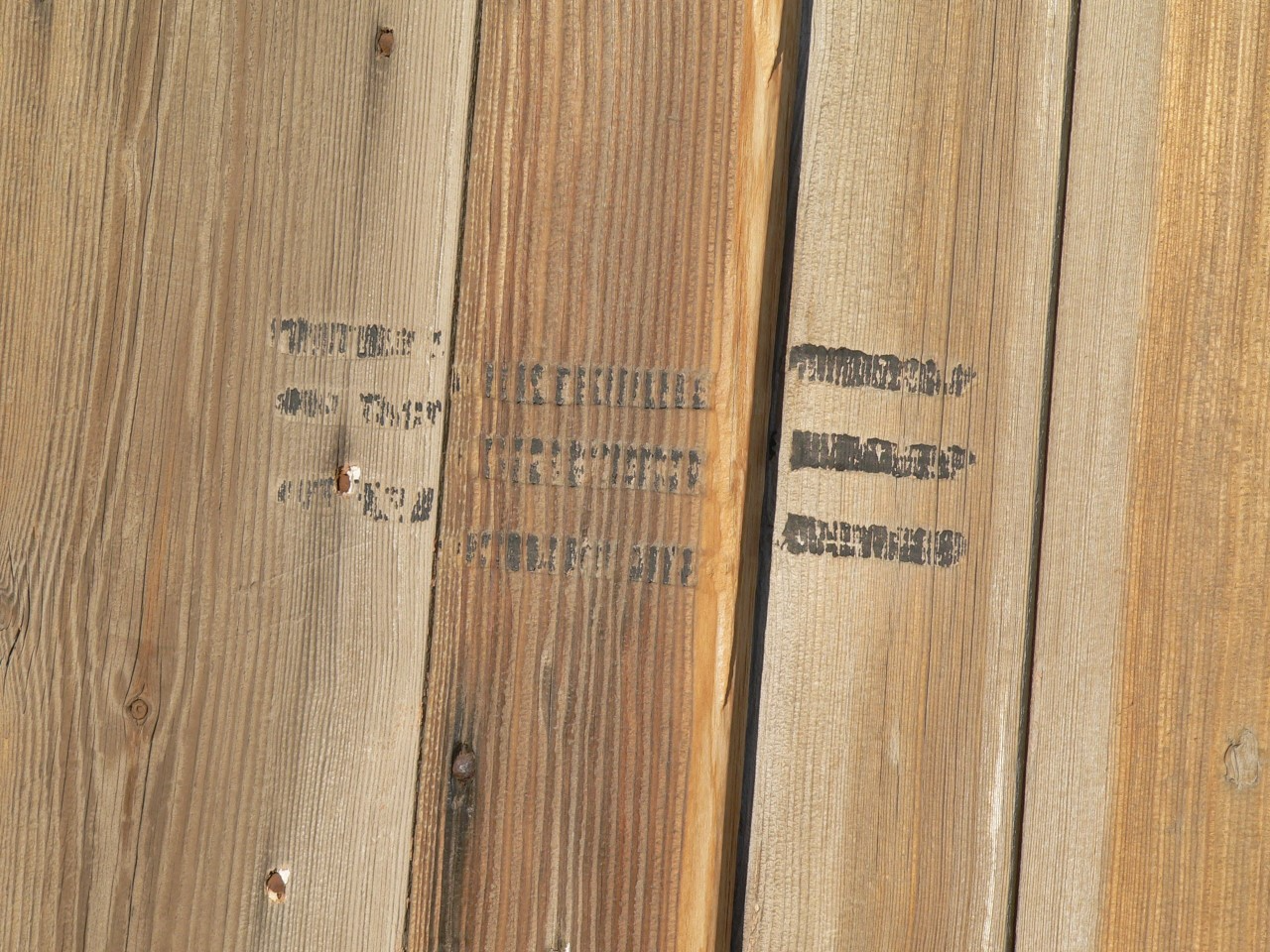 There is not a lot to see inside – which is not the case with the next two huts.

Shackleton’s hut at Cape Royds dates from his first Antarctic expedition (1907 – 1909). This small hut is probably my favourite – it is preserved almost exactly as it was when the expedition left it. 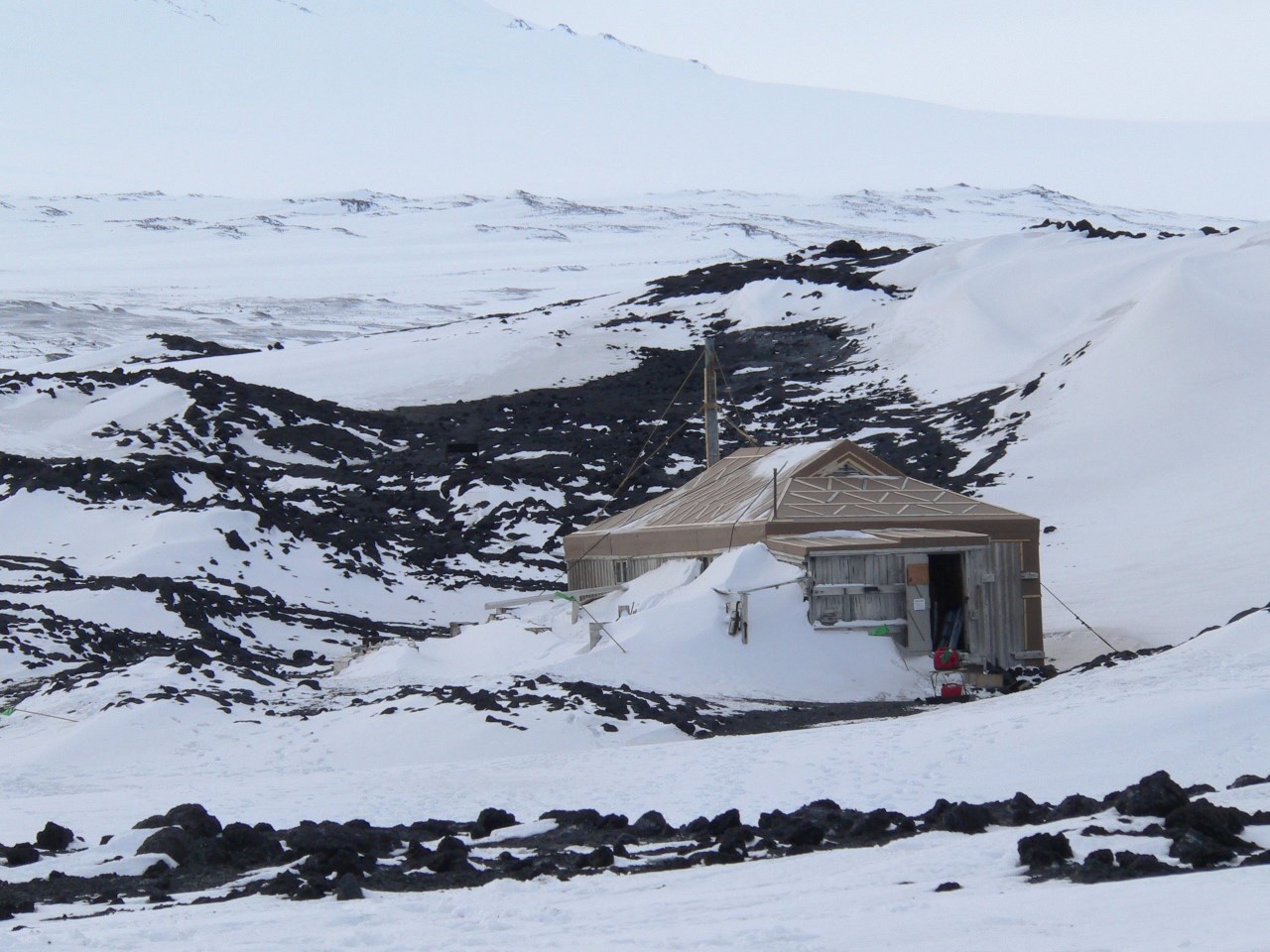 This visit there showed lots of snow blown against the hut 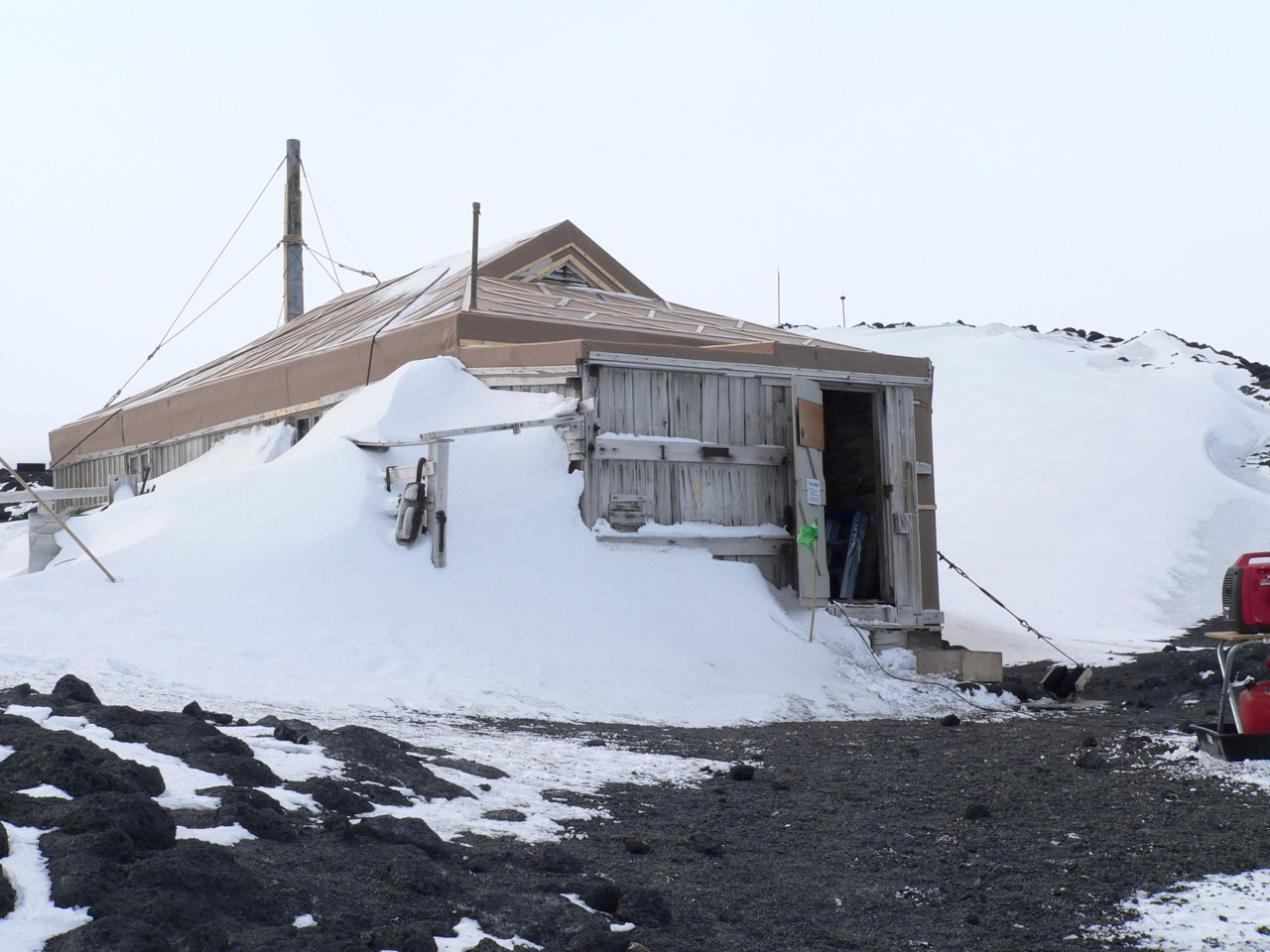 Under that snow is the jerry-built garage and a pile of junk. Conservators have argued about what is junk and what should be preserved! On a later visit it looked like this: 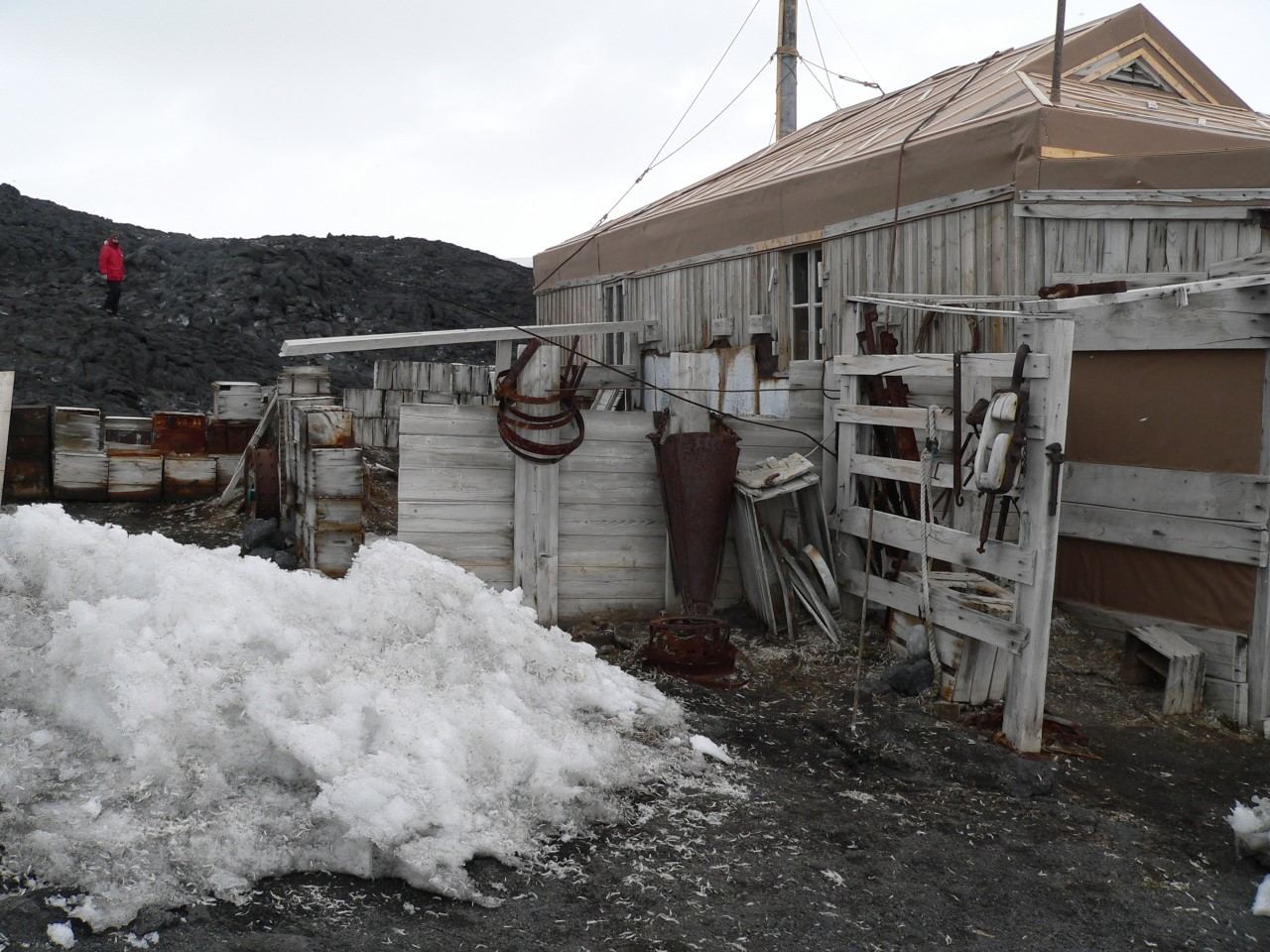 Going inside is like stepping back in  time – clichéd I know, but true. Unfortunately, I made a mistake with my camera and my pictures are pretty rubbish. Here are a few of my better ones: 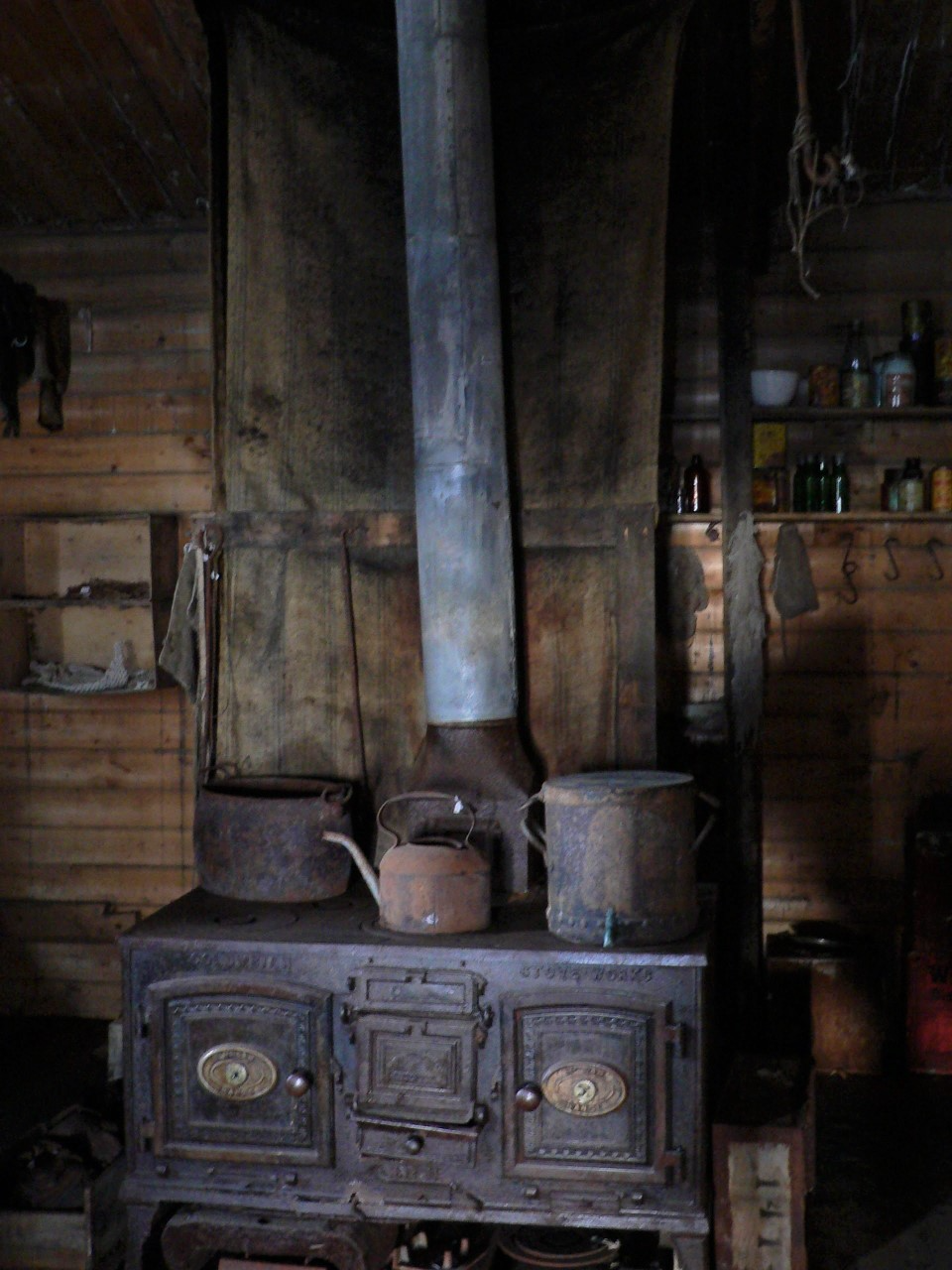 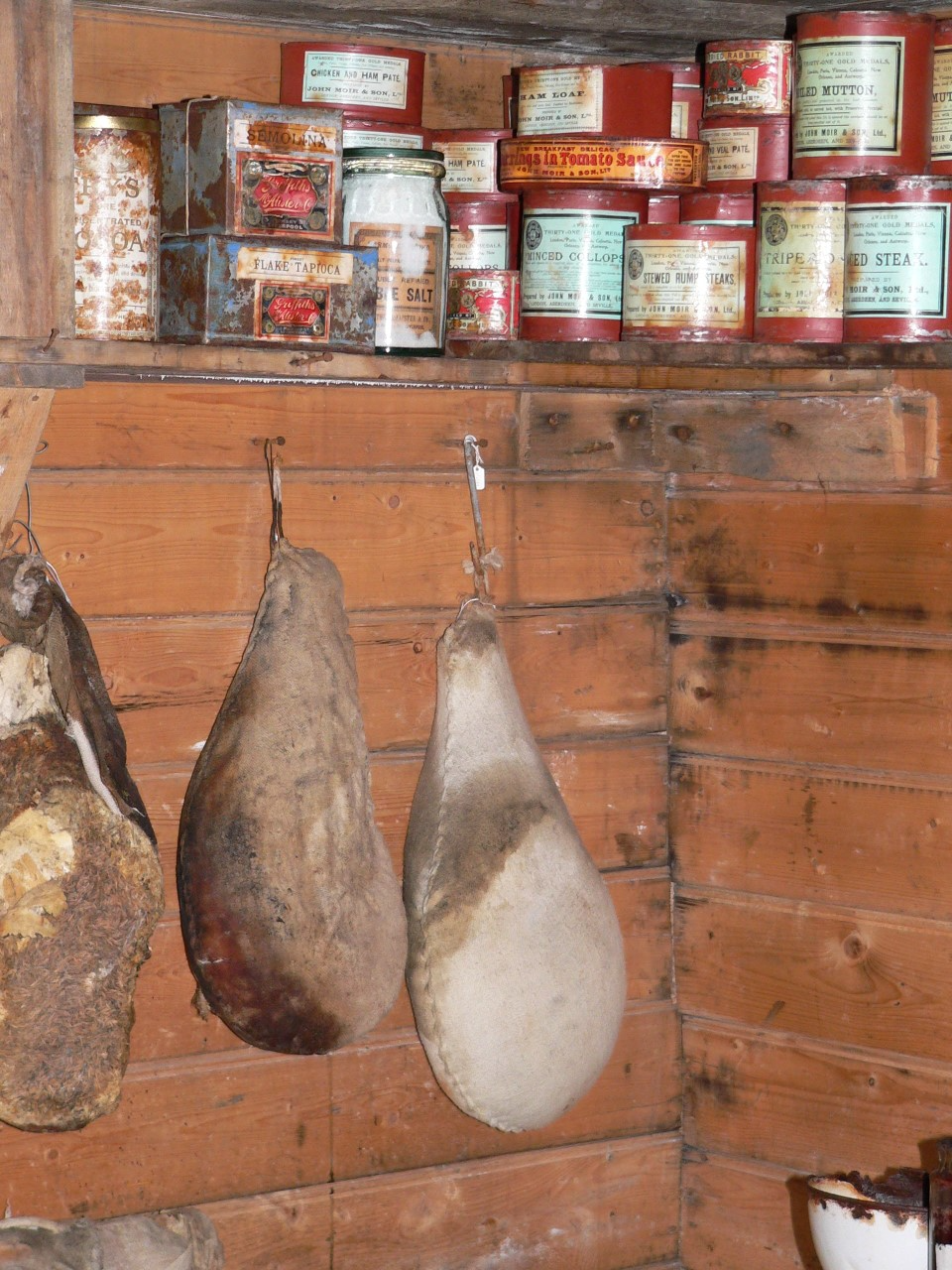 On of the beds had a headboard constructed of old packing cases -which carry Shackleton’s signature – this image is not upside down. 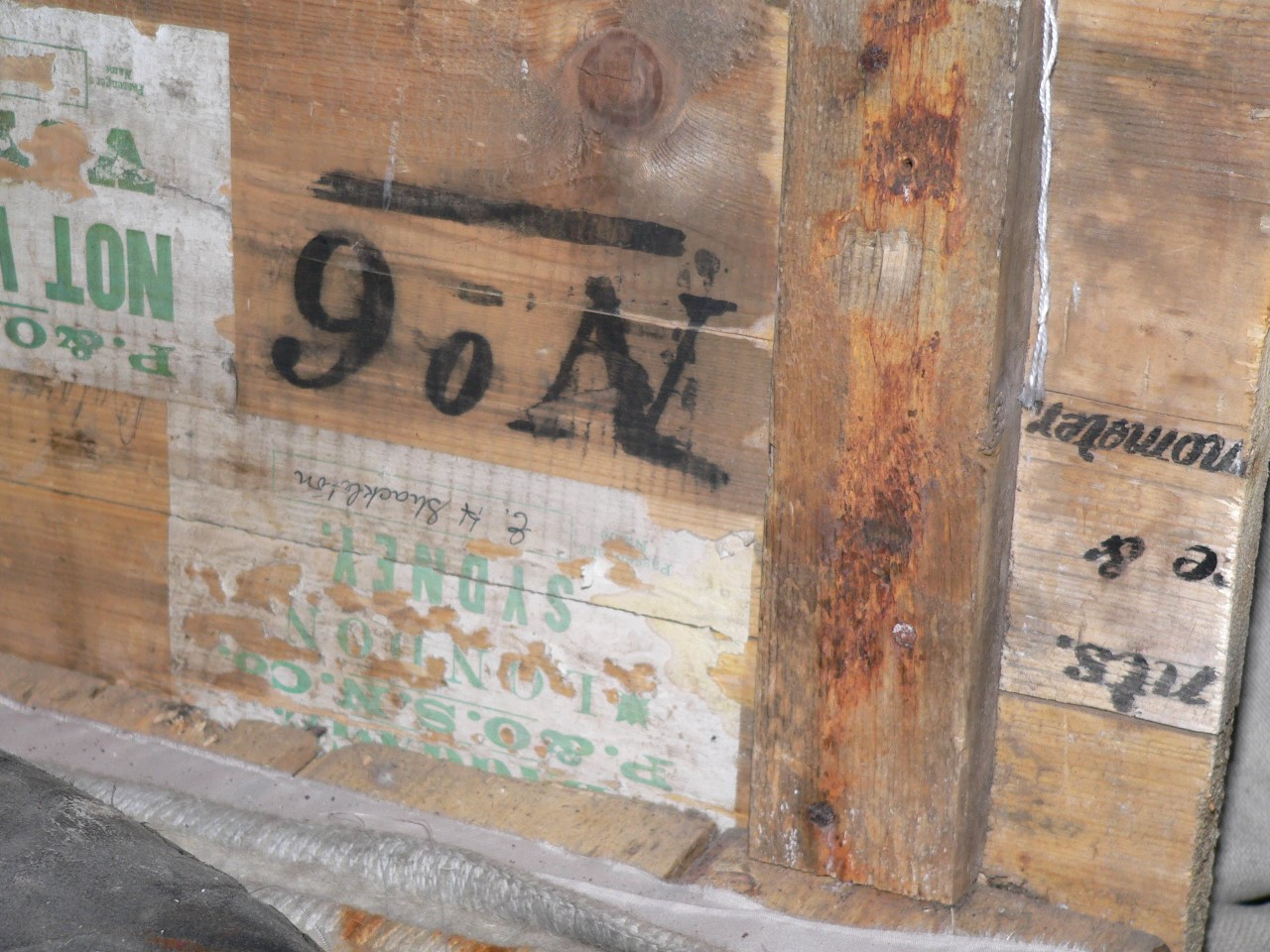 The Cape Royds hut is very close to the world’s most southern rookery of Adele penguins – and i was lucky enough to be there while they were nesting.

For an insight into the appalling sex life of the Adele Penguins, you should look up the publication by George Murray Levick, a scientist with the 1910-13 Scott Antarctic Expedition. The publication was so scandalous it was never publicly released at the time. [JAC: I did post on Levick a while back.] 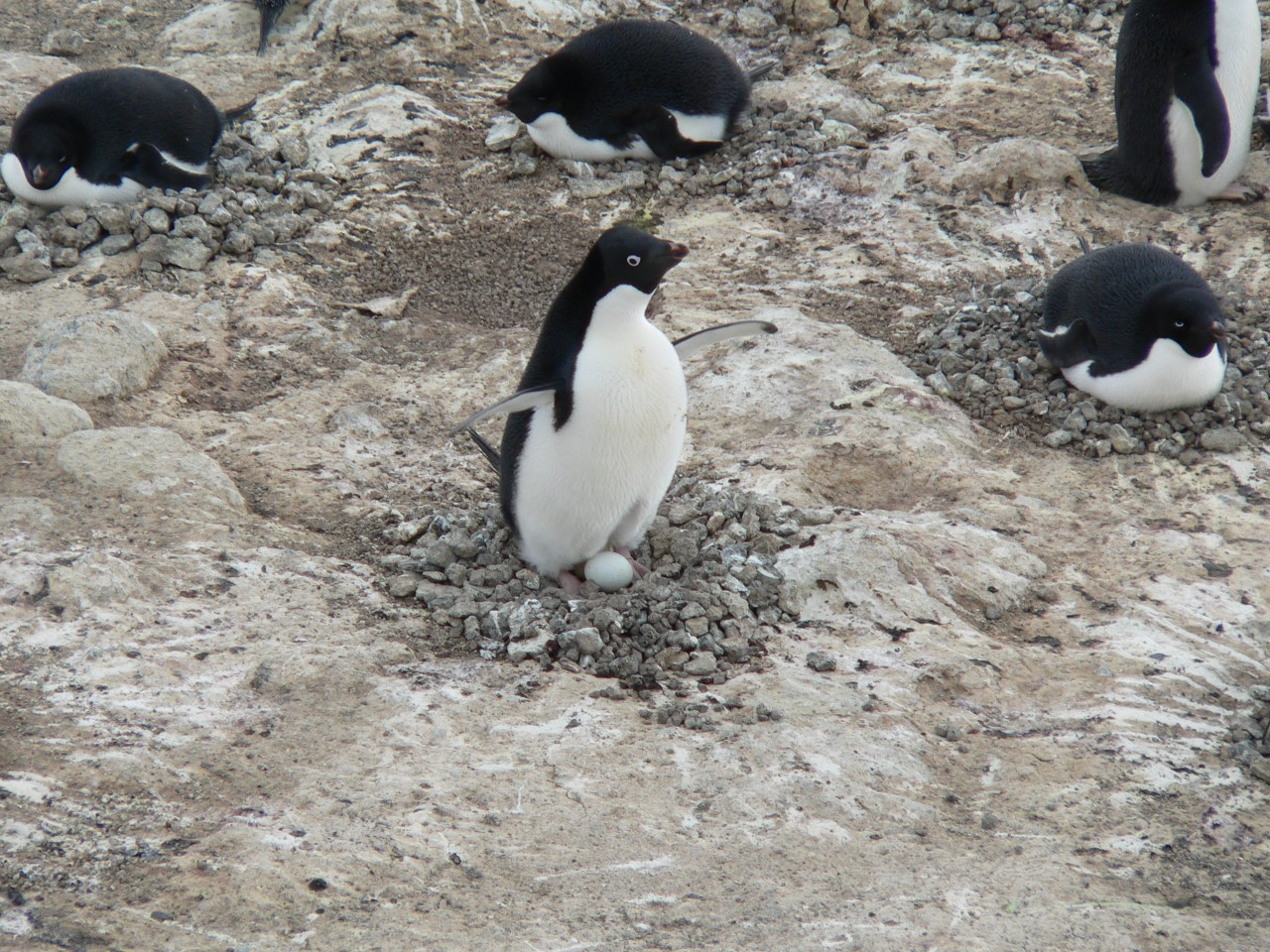 Of course the most famous hut on Ross Island is the one built by Scott for his 1910-1913 expedition. The hut was also used by Shackleton’s Ross Sea party who were there to support his attempt to cross the continent in 1914-1917.  So the hut when I saw it was as the Ross sea party left it – not Scott. However, since then the Antarctic Heritage Trust who look after all these historic sites have restored it to as it was in Scott’s day. Part of this was the reconstruction of wall made of packing cases that Scott had originally put up to separate the officers from the men. 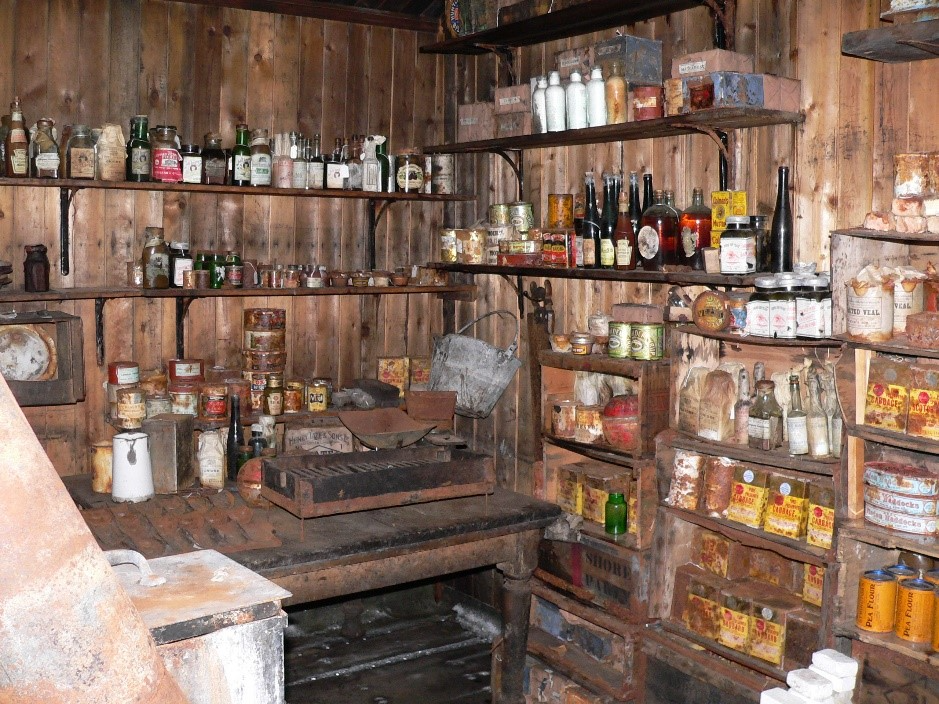 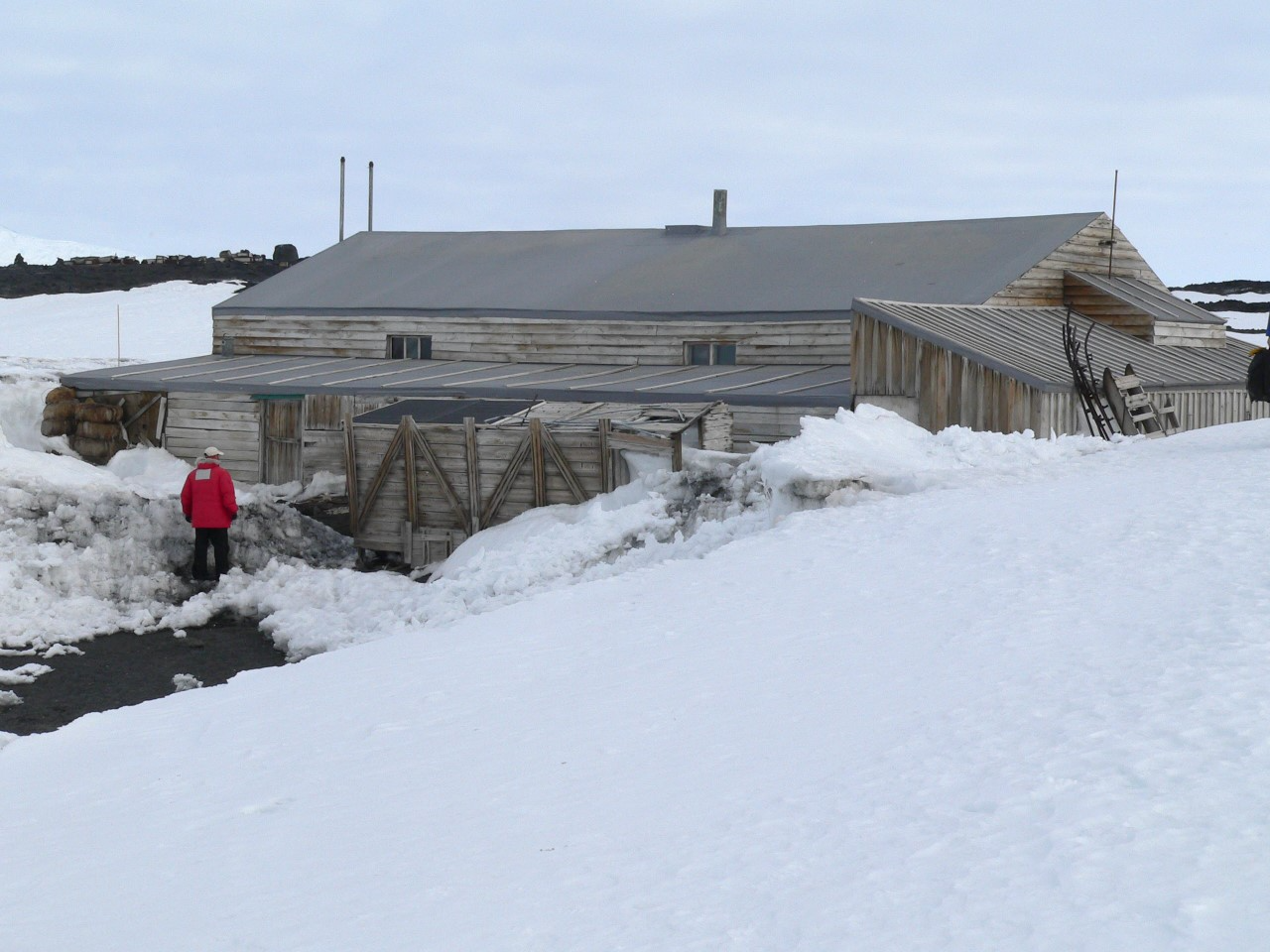 This was a much more successful hut. Well insulated and warm. The interior contains relics of both Scott’s expedition and Shackleton’s Ross Sea party.  The hut is dominated by the large mess table: 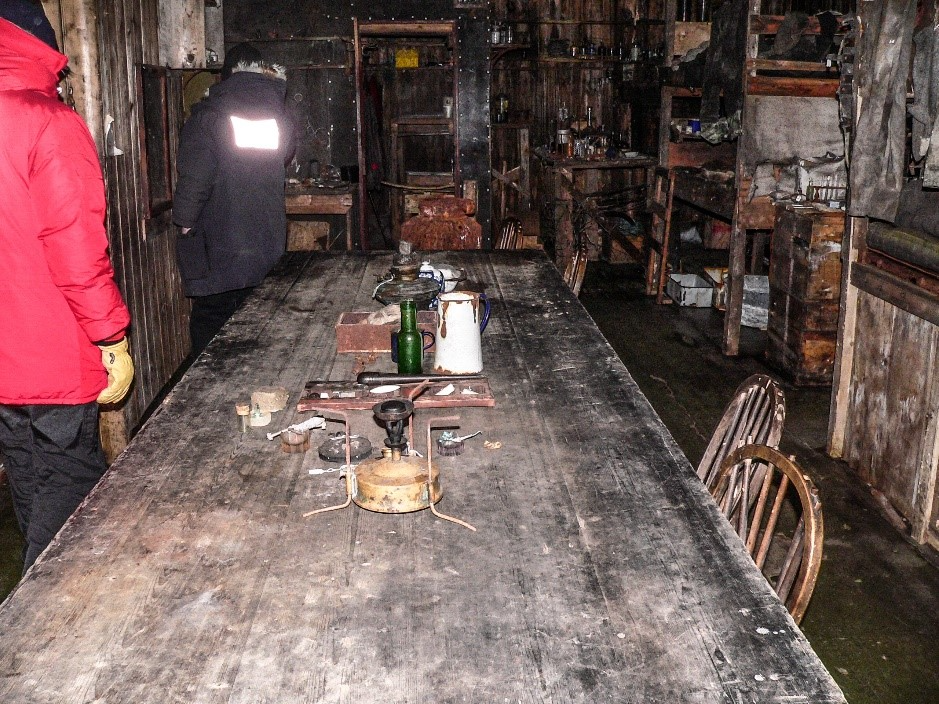 The table was made famous in this photo by Scott’s photographer Herbert Ponting. I think this is Scott’s party celebrating Christmas dinner around the table. 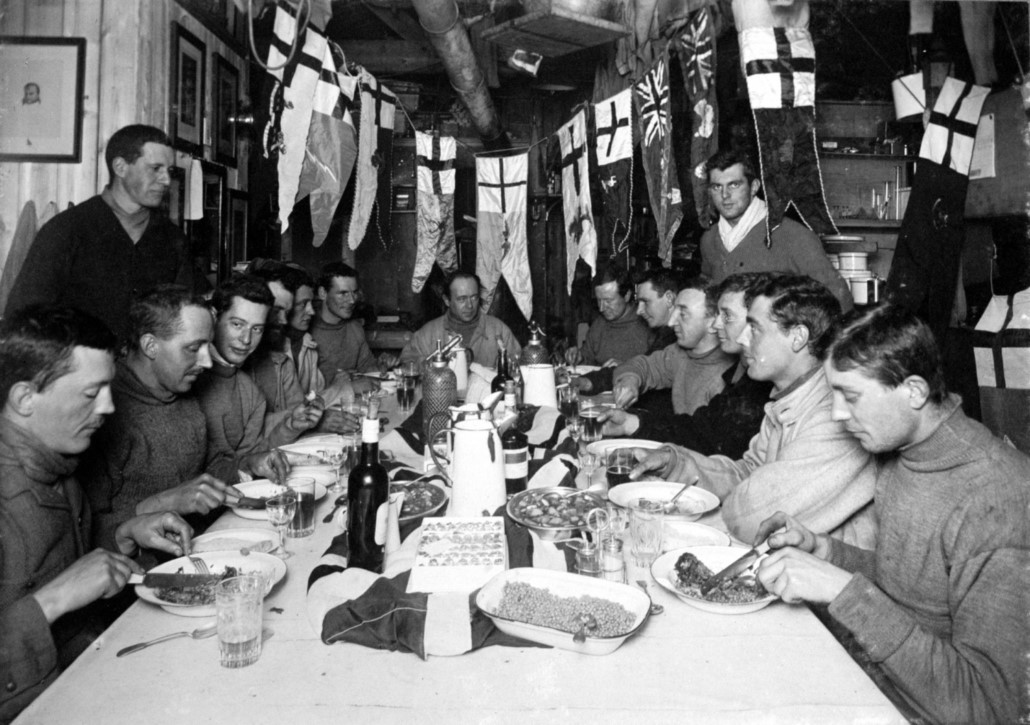 This set of bunks was known as “the tenements”: 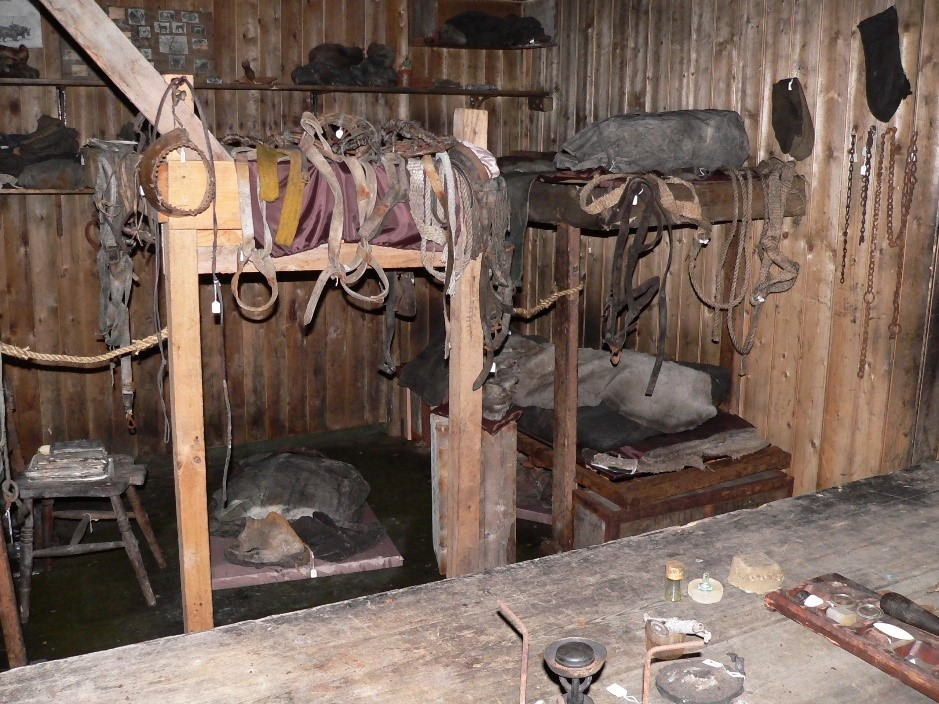 This is Ponting’s picture of the tenements.  The people I recognise are (from left to right) Apsley Cherry-Garrard, (author of The Worst Journey in the world), “Birdy” Bowers and Captain Titus Oates, both of whom died along with Scott on the return Journey from the pole. 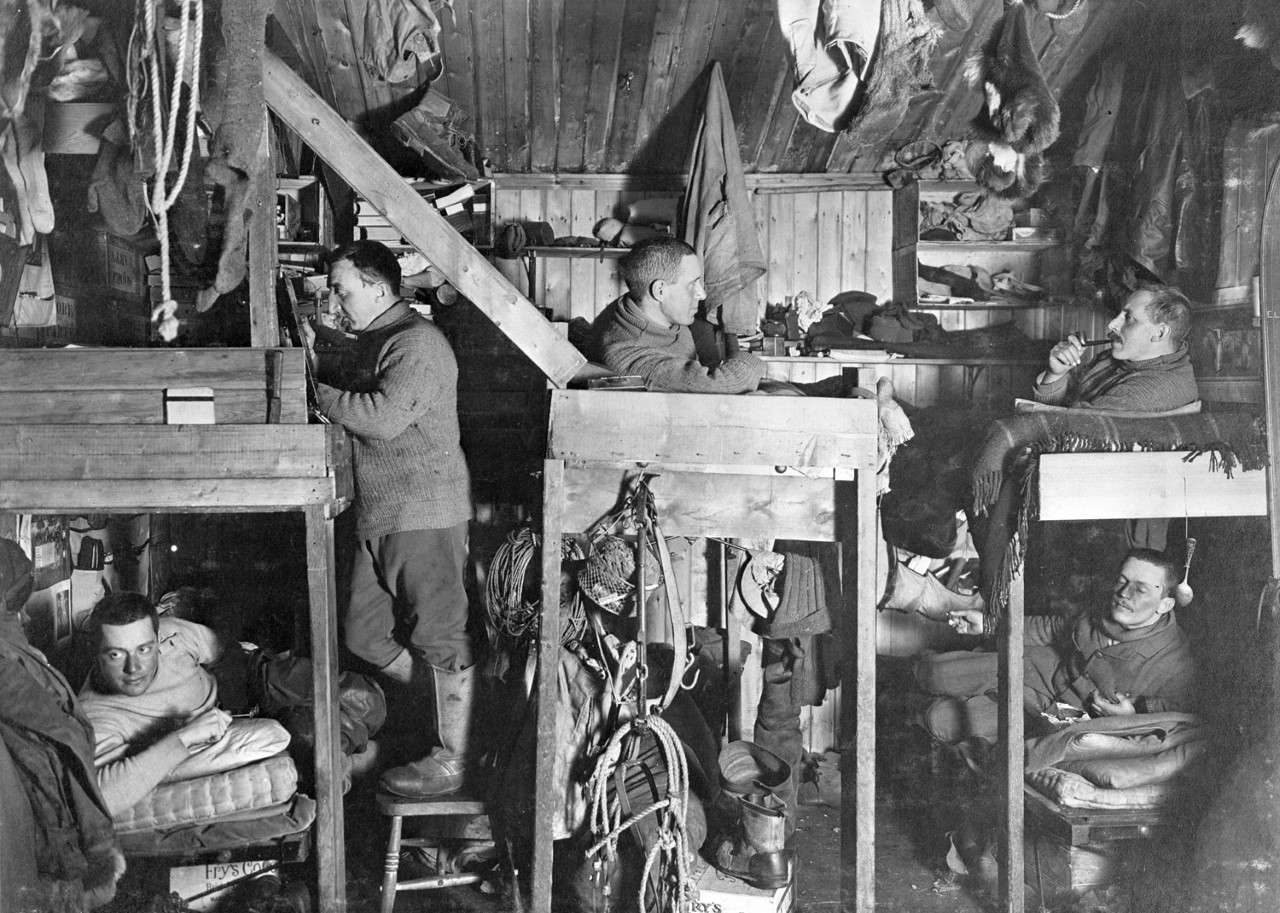 Ponting’s darkroom is still there. 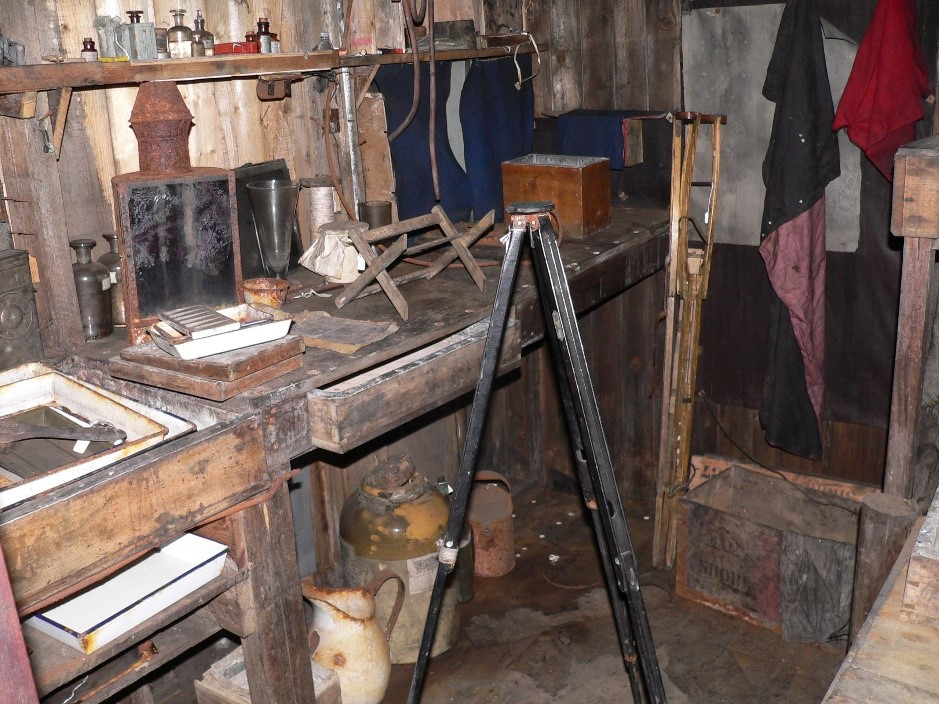 Tucked away next to one of the bunks is this pencilled note: 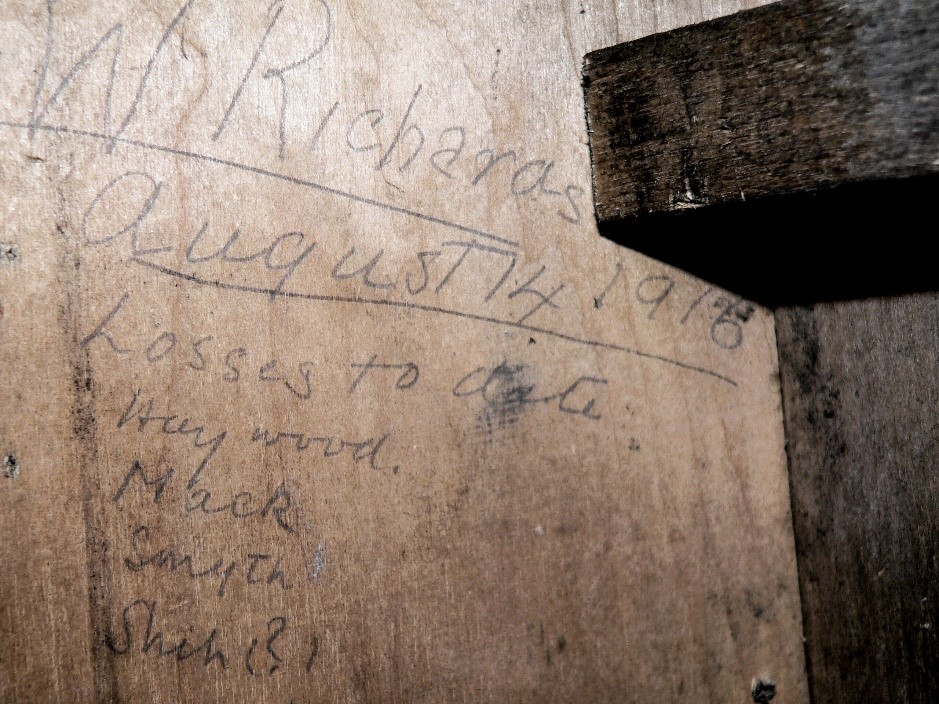 It was written by a member of the Ross Sea Party – W. Richards (I know nothing about him). The top names on the list are (Victor) Hayward – spelt wrongly here, (Aeneas) Mack(intosh) and (Arnold Spencer-) Smith, all of whom died during the expedition. The final entry – Ship (?) refers to the ship that transported them to Antarctica – the Aurora. It was blown out to sea before they had unloaded their supplies and couldn’t make it back leaving the entire party short of supplies. They didn’t know what happened to it so they were unsure if it would be back to pick them up.