From the philosophy section of Institute of Art and Ideas, we have a new 30-minute interview with philosopher Daniel Dennett. It’s basically about “the arc of his life”, and has some interesting revelations. I’ll just touch on a few points, but you should listen to it yourself.

Click on the screenshot to go to the interview. 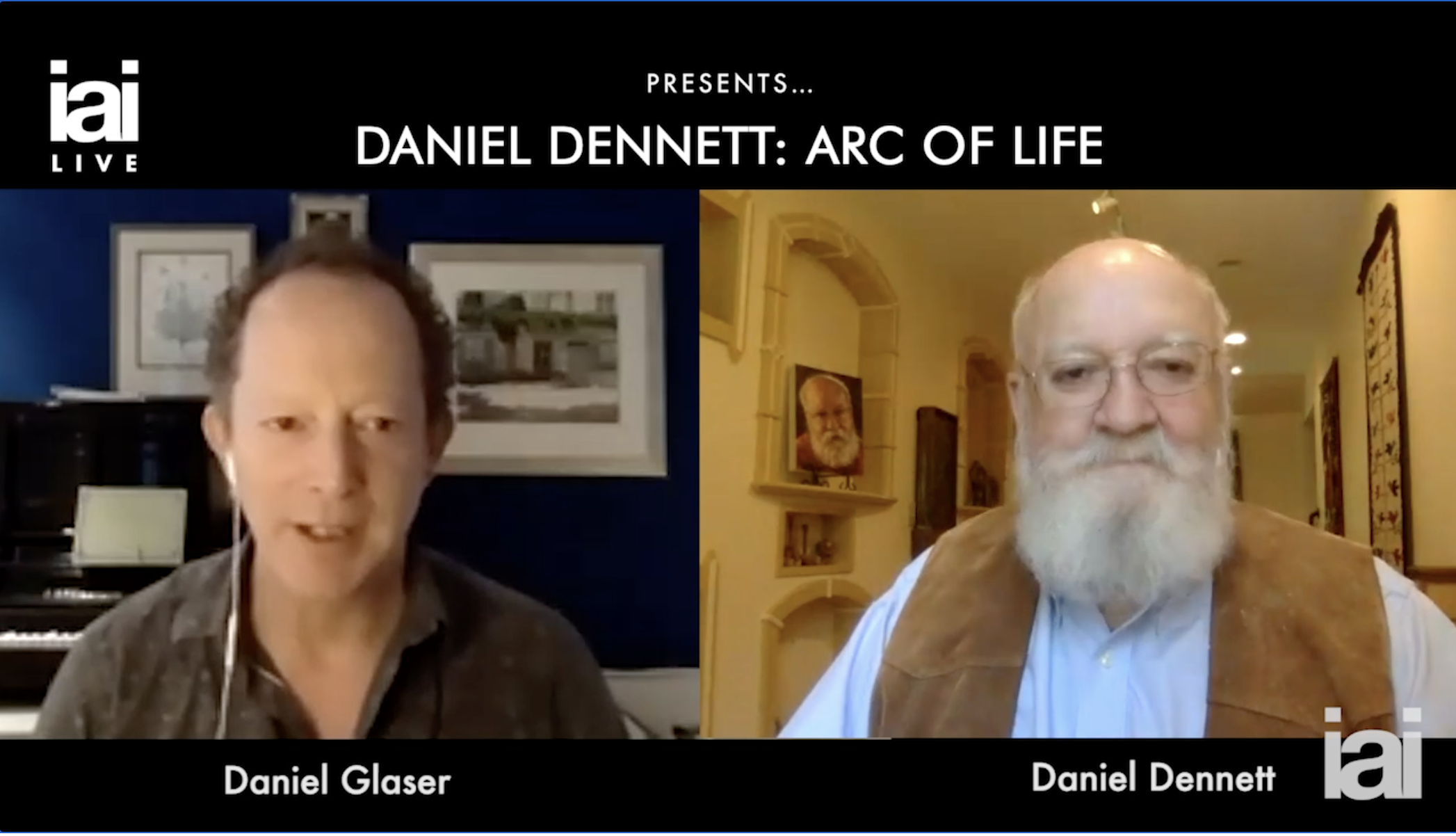