Send in your photos!

Today we have more lovely landscapes from Peter Lindsay. His IDs and notes are indented, and you can click on the photos to enlarge them.

In response to your call for photographs I am attaching a second batch of photographs I have made in my adopted home of south-western Manitoba.

The subject of the first four images are depression ponds and sloughs in different seasons. These bodies have no natural inlet; the water collects from the runoff from snow melt in the spring. During hot and dry summers they often completely disappear. 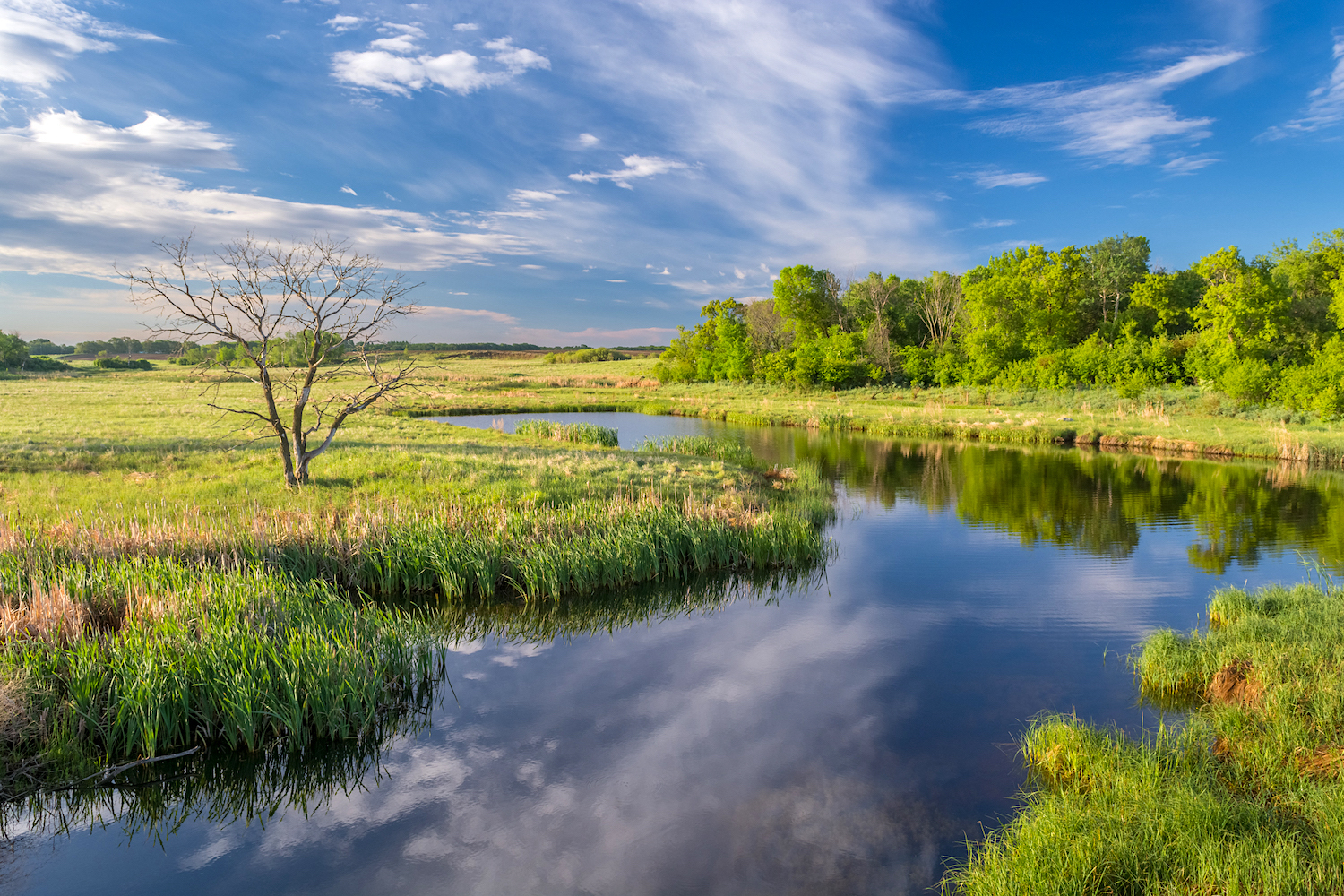 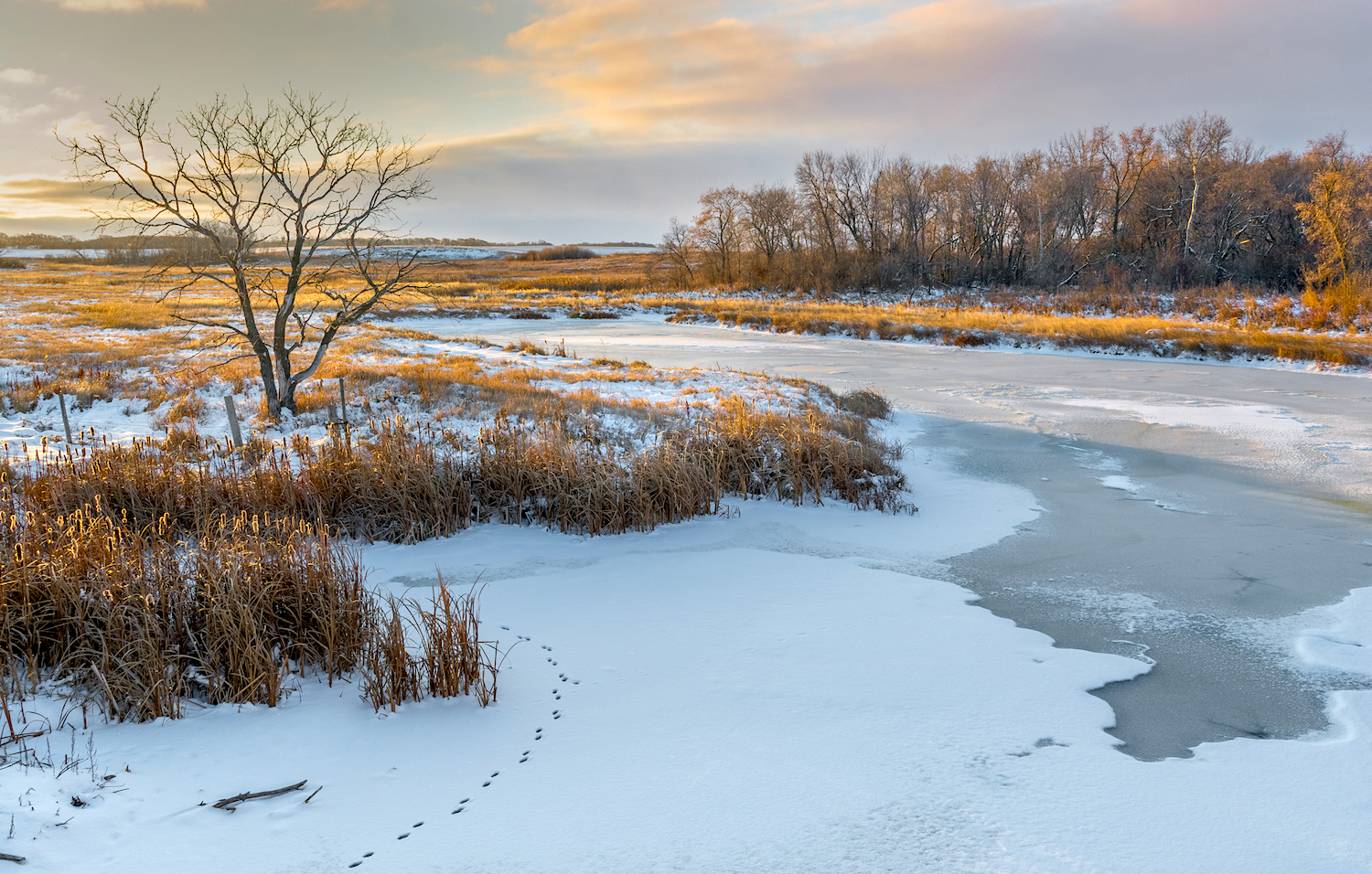 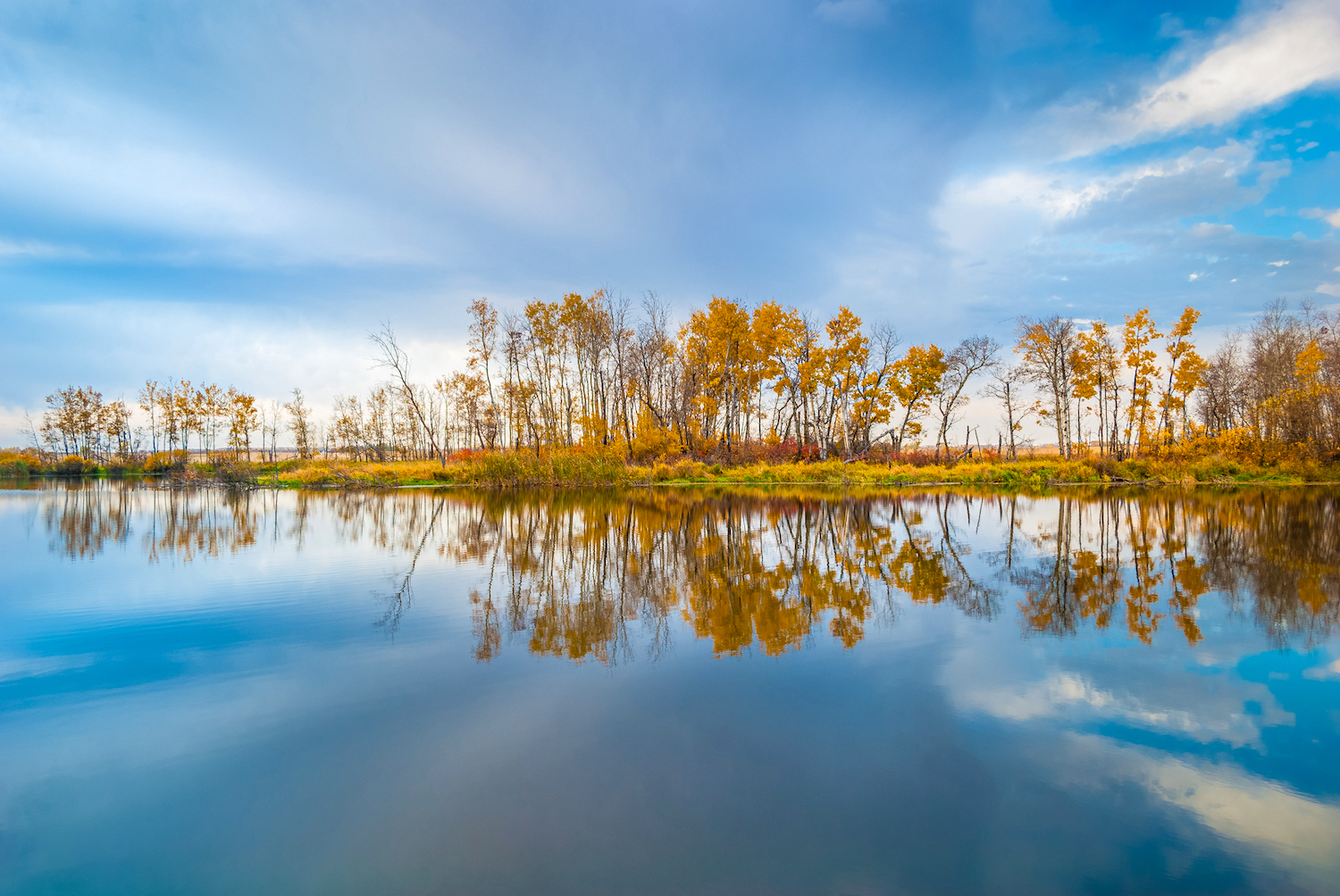 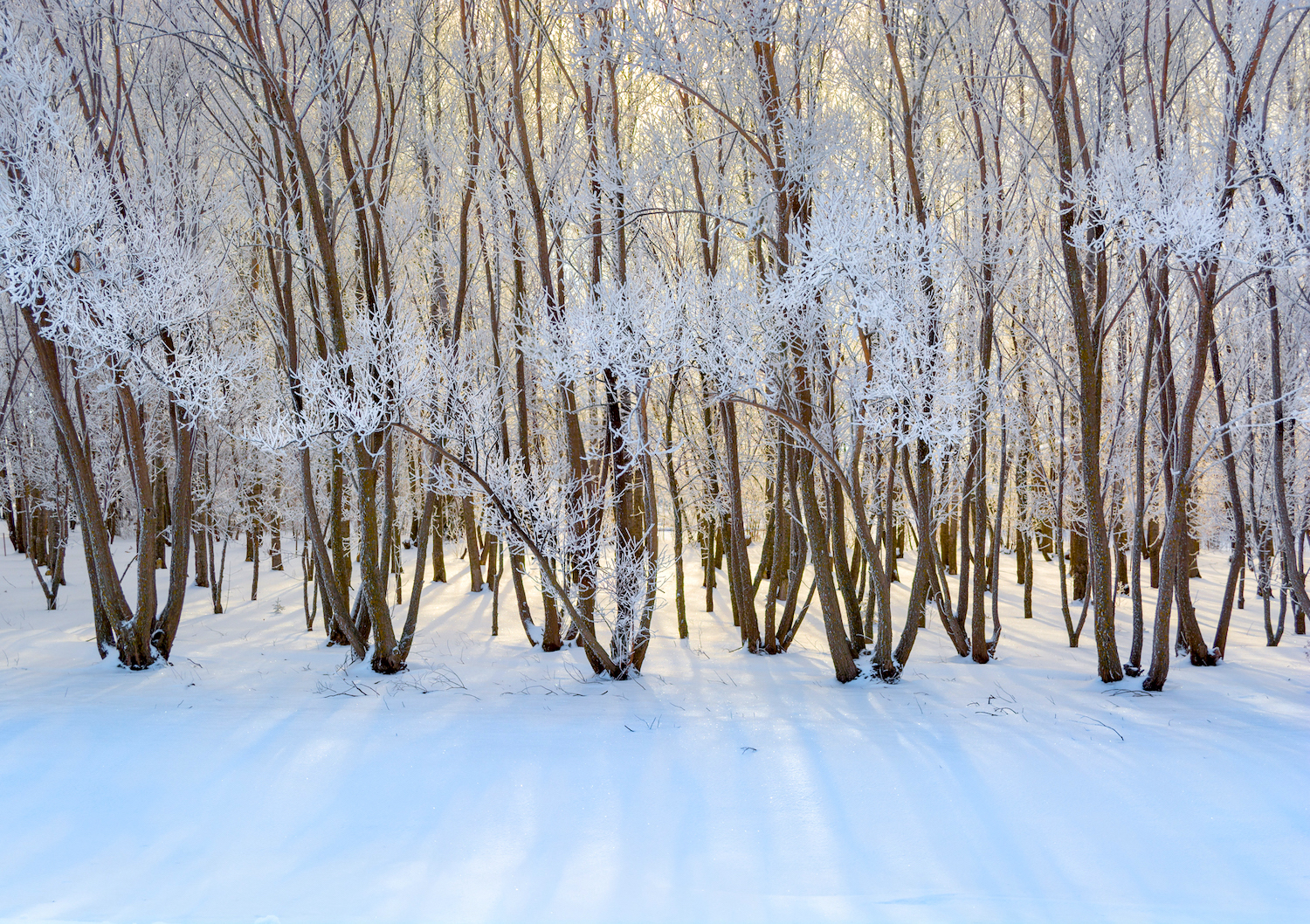 Lone trees don’t often fare that well on the prairies. The dead tree in the next image stands in the bottom of a depression which is frequently flooded in the spring and dry for most of the summer. It disappeared a few years ago; probably carried off by the waters during the spring flooding. 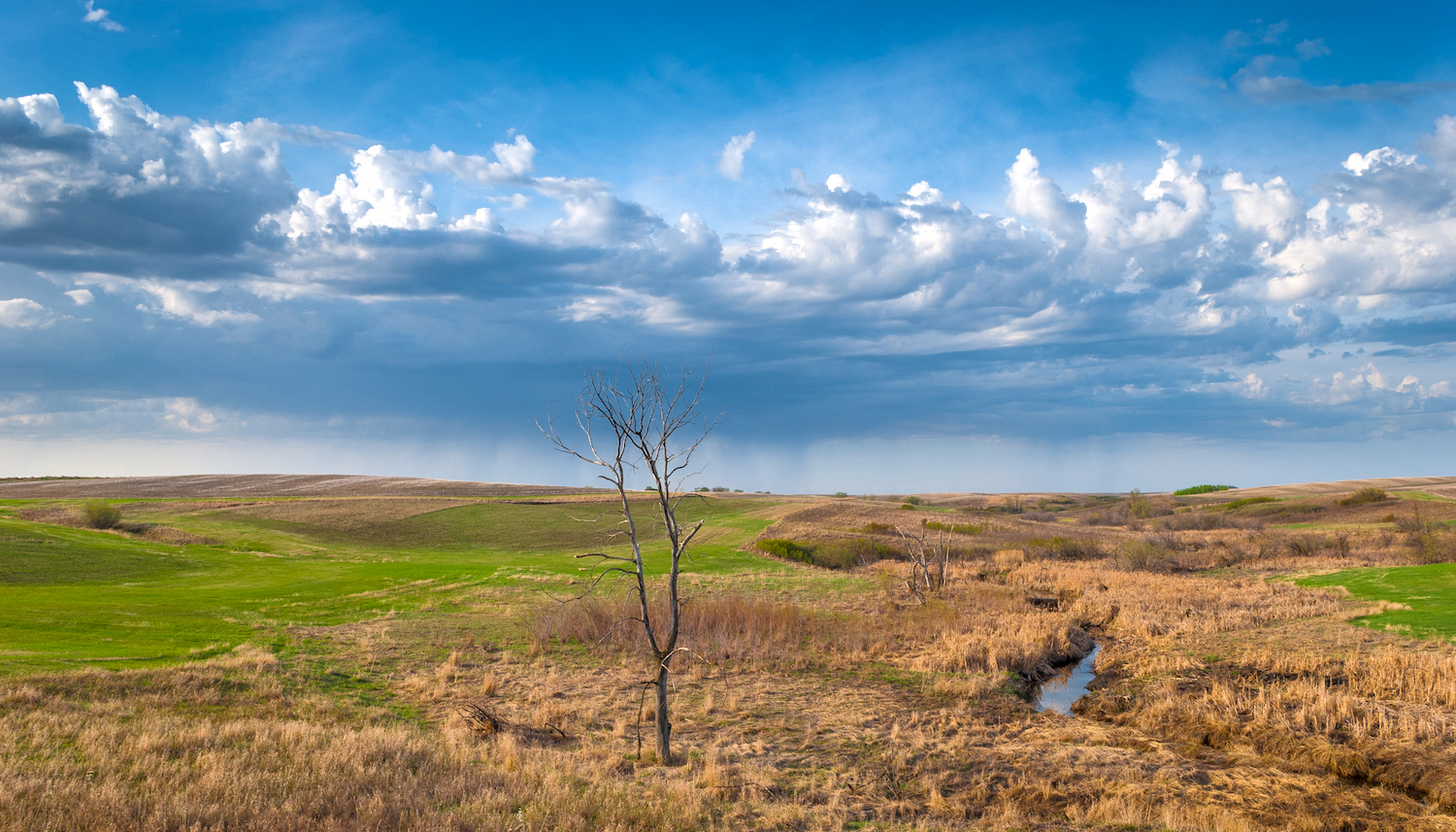 The next two images are of Quaking Aspen (Populous tremuloides), one of the most common trees of the aspen parkland region in the Prairie Provinces of Canada, as well as the extreme northwest Minnesota. They form clonal colonies with all trees sharing the same root structure. The colony in the first photo is on the very edge of  a large grazing field.  The second photo shows a colony of four trees. Did the rest of the colony die off, or is this the beginning of a new one? 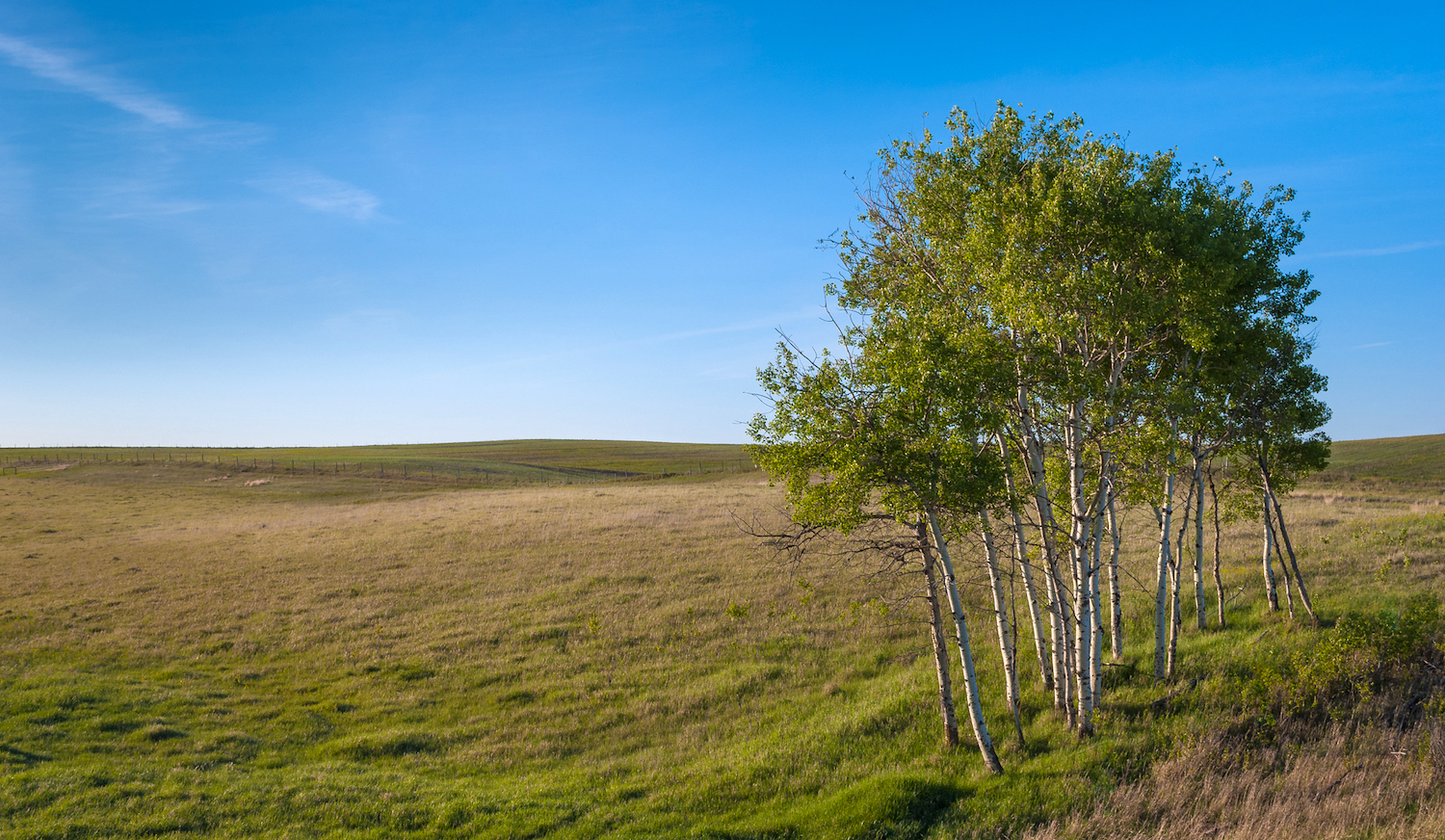 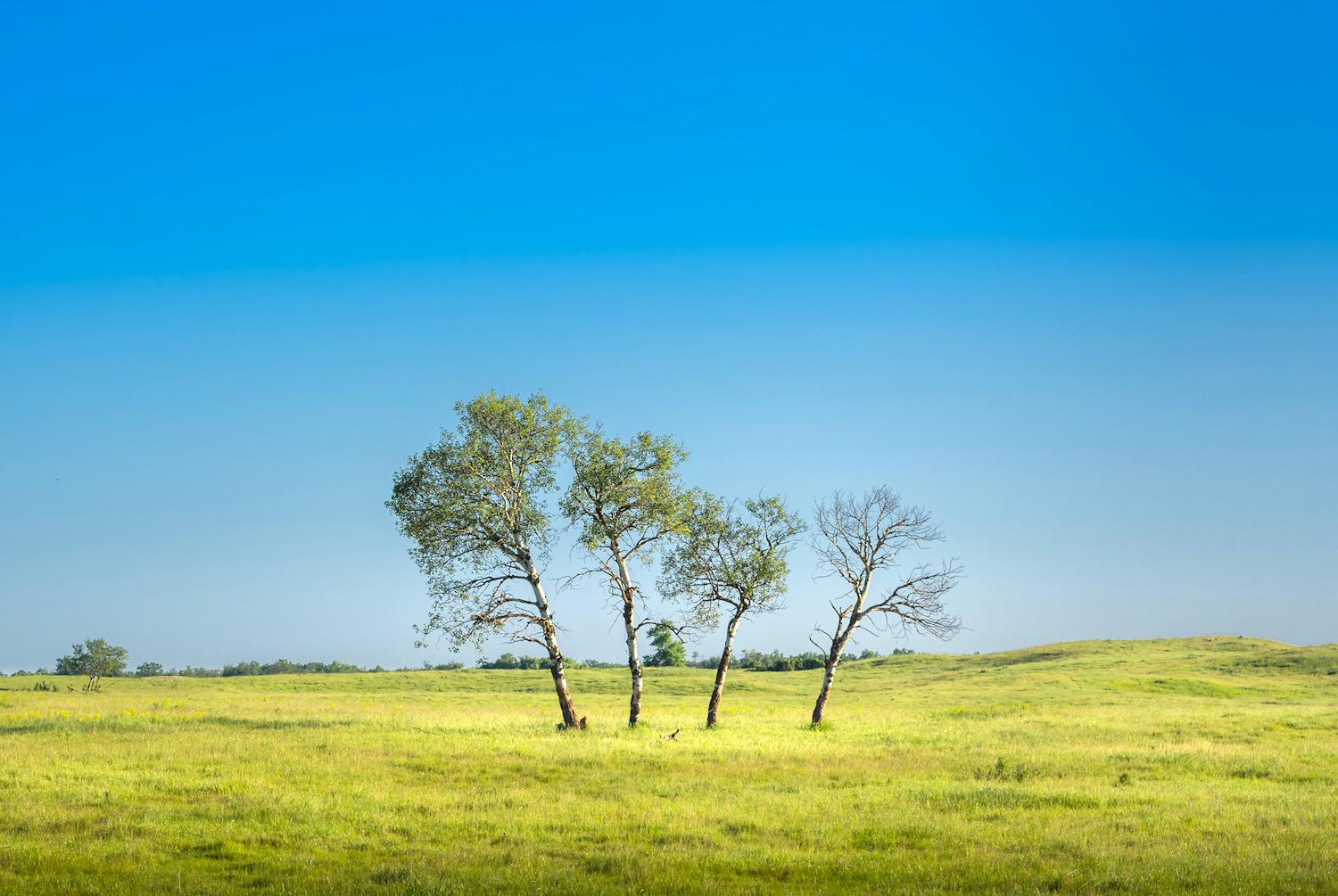 The last three images show one of my favourite windbreaks, or shelterbelts, in western Manitoba. These trees originally served to hold moisture and prevent topsoil loss. They also offer some protection and nesting sites for birds. This windbreak, although somewhat deteriorated at one end, is over one kilometre long. 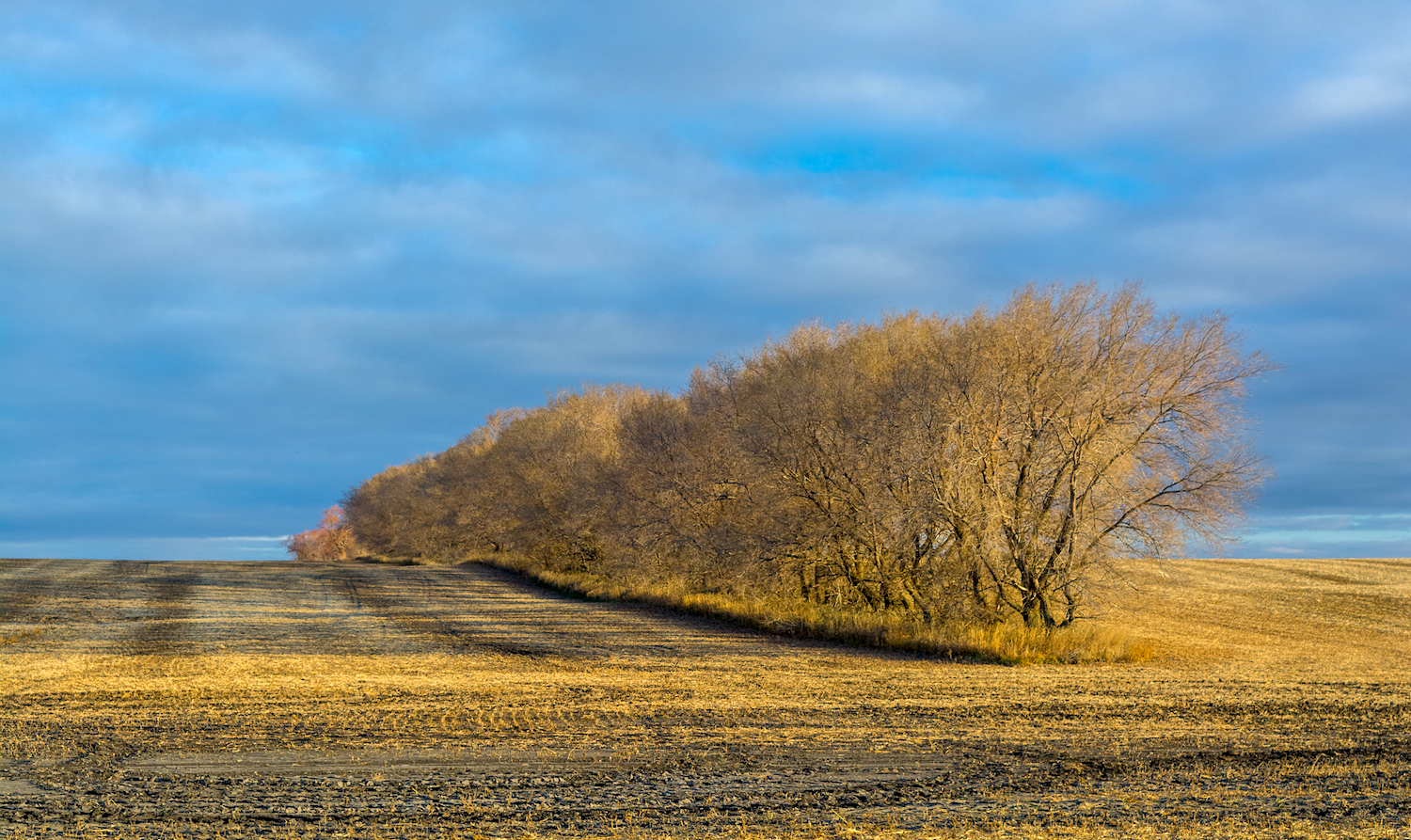 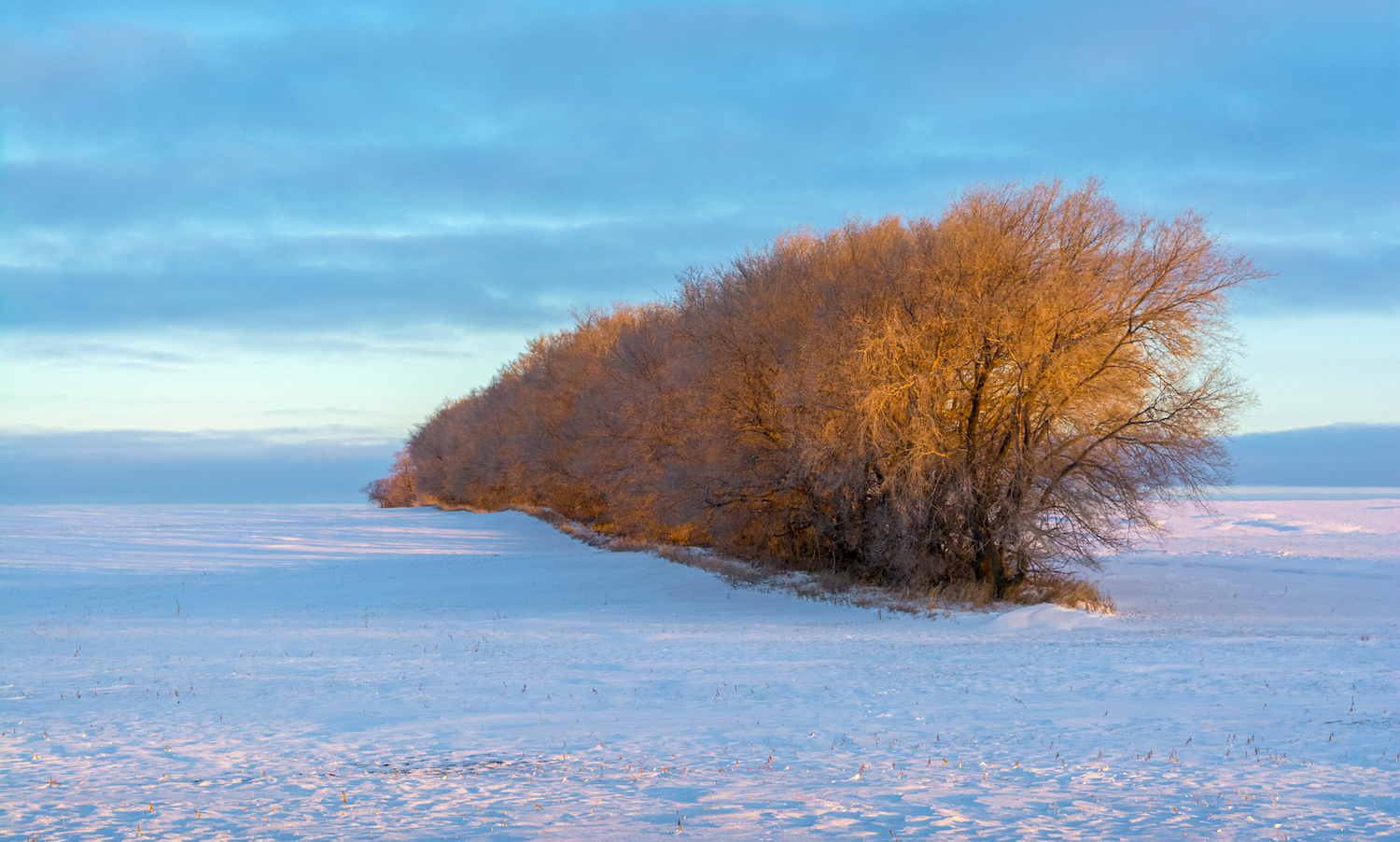 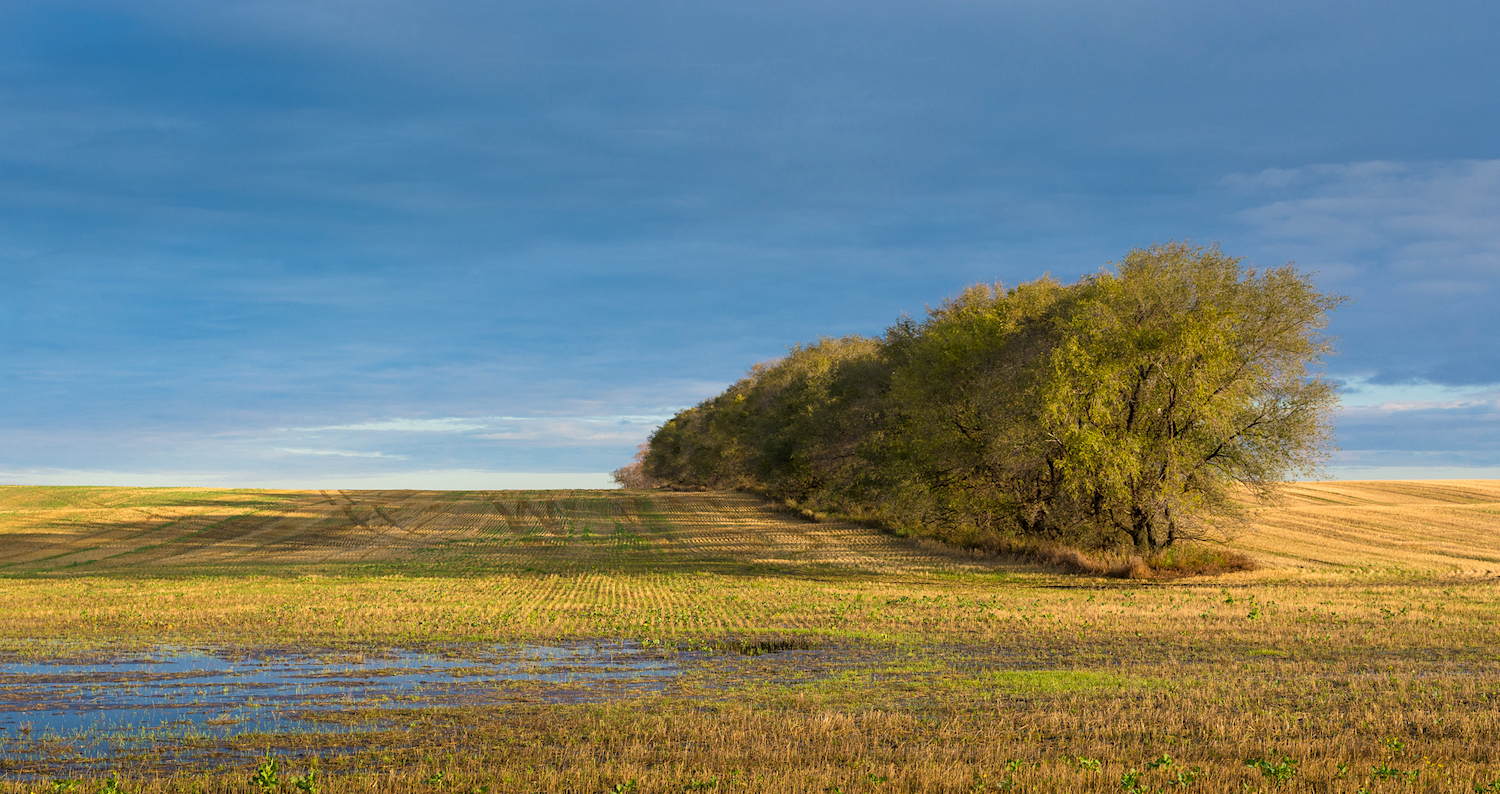