Good morning on Monday, March 15, 2021: the Ides of March and National Peanut Lover’s Day. Again with the singular possessive: who is the single peanut lover being feted?

It’s also National National Pears Hélène Day (pears poached with red wine and named after Offenbach’s operetta La belle Hélène), World Consumer Rights Day, Fill Our Staplers Day (always a good idea), National Brutus Day (it is, after all, the Ides of March), and Everything You Think is Wrong Day.

When I drove to the grocery store at 7 a.m. yesterday, the street in front of the UC Hospital’s emergency room was blocked off by cop cars at both ends. There were many other cop cars with lights flashing, and a group of people milled around outside the ER door. I had never seen anything like this before. It turns out that there were multiple shootings yesterday on the South Side, where the University of Chicago and its hospital are located. One of the incidents, which I suspect caused the fracas I saw, involved an early-morning mass shooting at a party that wounded 15 and killed 2. So far this weekend—and I’m writing this at about 6 pm on Sunday—31 people have been shot in Chicago, and 7 of them died. The carnage is unbelievable.

According to CBS News, 34% of Republicans will not be taking the coronavirus vaccine. Assuming that Republicans are about half the electorate, that puts us at about 83% of the population vaccinated—barely on the border of herd immunity. Compare that to only 10% refuseniks among Democrats. What can you conclude from this comparison? To quote yours truly:

Republicans won’t take the shot;
“They’ll microchip me!” is their thought.
But Democrats are far, far wiser:
They line up for their jabs from Pfizer.

Is Meghan Markle planning a political career in the U.S., including a run for the Presidency? So says The Daily Fail:

One senior Labour figure – a veteran of Tony Blair‘s Downing Street administration with strong links to Washington – claimed to The Mail on Sunday that Ms Markle, 39, was networking among senior Democrats with a view to building a campaign and fundraising teams for a tilt at the US Presidency.

Last night, a source close to the Duchess of Sussex declined to comment, but the couple have made little secret of their political beliefs.

No way! But then again, Arnold Schwarzenegger became the governor of California. . .

Last night Billy Strings, a product of Michigan, won the Grammy for Best Bluegrass Album with his release of “Home.” (See my posts about him here and here.)

Shoot Me Now Department. A NYT essay combines decent pictures with absolutely dreadful and overheated prose/poetry, in a nostalgic piece on dancing in clubs and its absence during the pandemic. The writing is absolutely DIRE, with the text, by Wisher, so self-consciously saccharine as to be indigestible. But read it (click on screenshot). The headline is of course clickbait, and I bit: 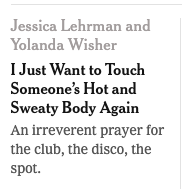 Stuff that happened on March 15 includes:

Caesar was stabbed 23 times, but a post-mortem examination (the first in history) determined that only one of them would have been fatal, and that Caesar died from blood loss. A depiction sans blood: 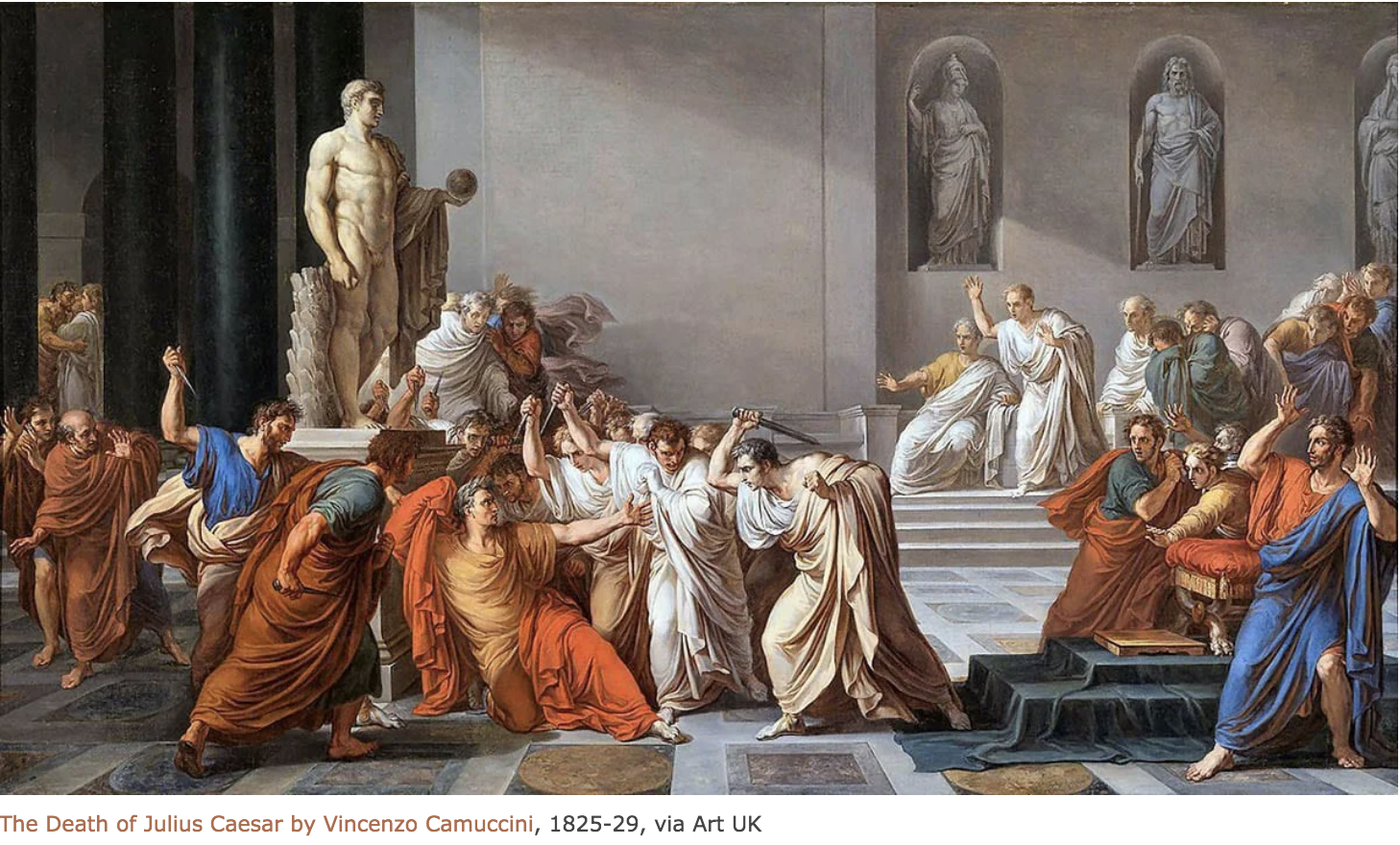 Here’s the English cricket team for that match, and a hirsute bunch they are (only one lacks facial hair): 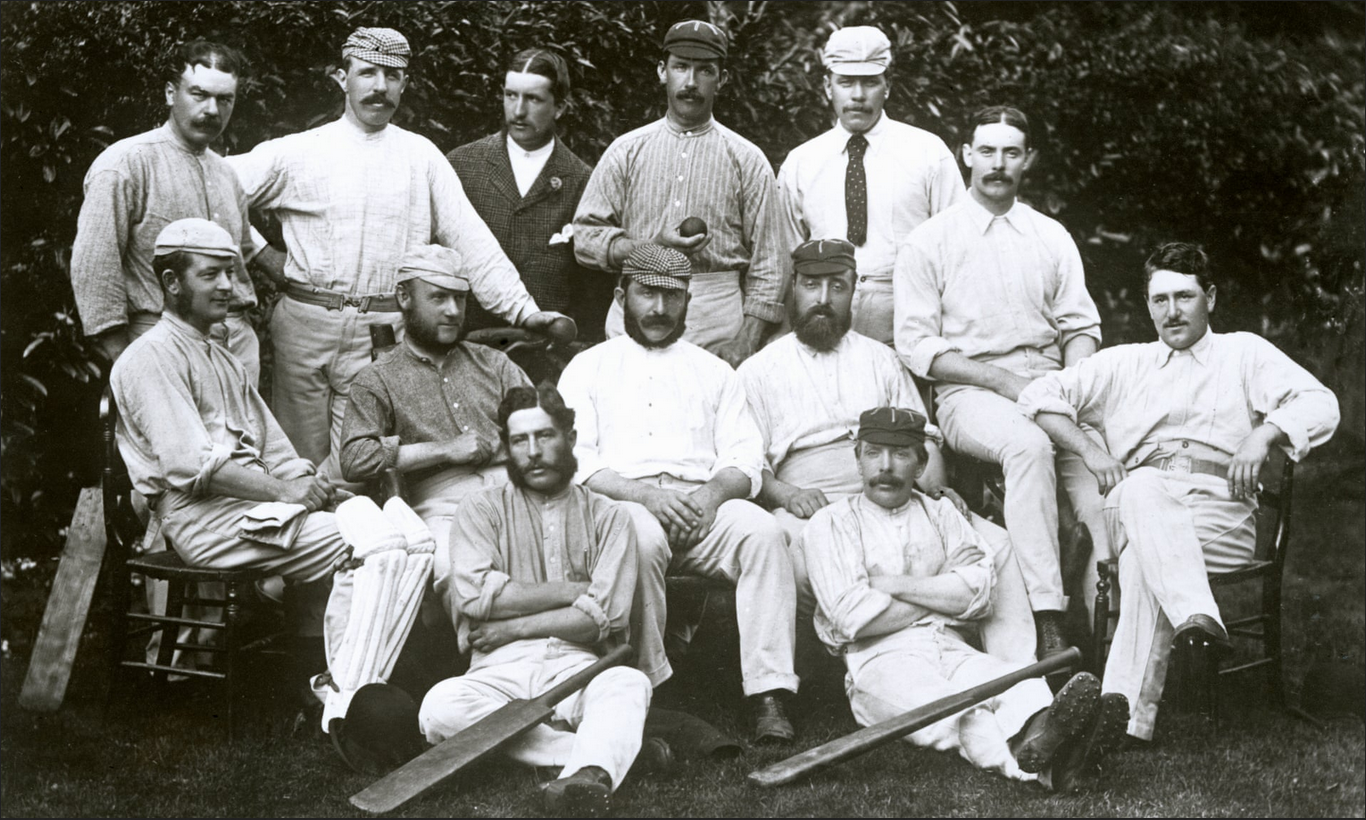 The Tsar, of course, was executed, along with his family and his retainers, in 1918. Here he is with the Wikipedia caption: “Emperor Nicholas II of Russia with his physically similar cousin, King George V of the United Kingdom (right), wearing German military uniforms in Berlin before the war; 1913.” 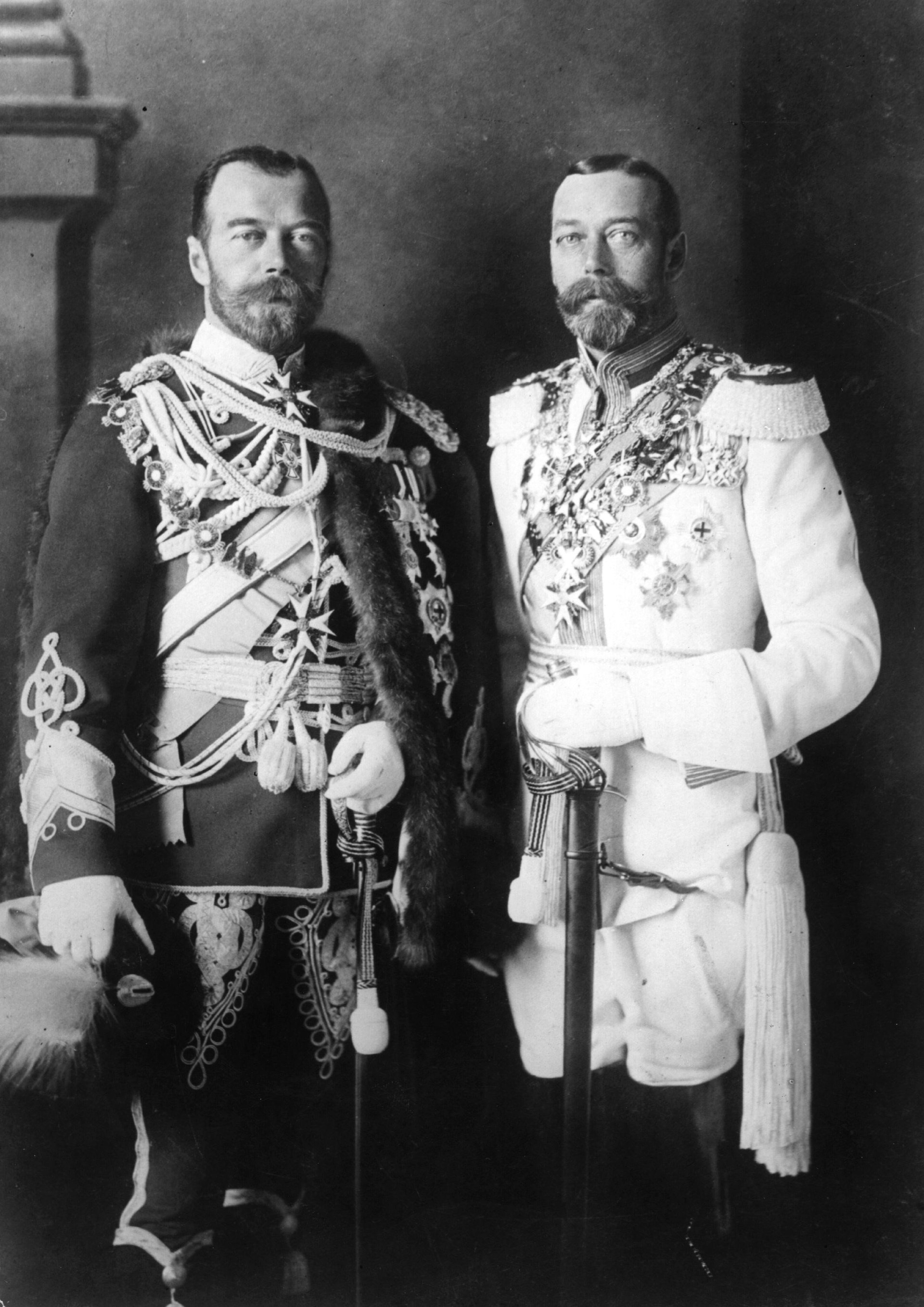 Here’s a short silent film (talkies were introduced that year) of the race, with Cambridge clobbering Oxford by three lengths:

Notables born on this day include several musicians:

I found this photo of RBG, who, at only 15, was giving a sermon as chief rabbi at the Jewish Summer camp Camp Che-Na-Wa in Minerva, NY (collection US Supreme Court): 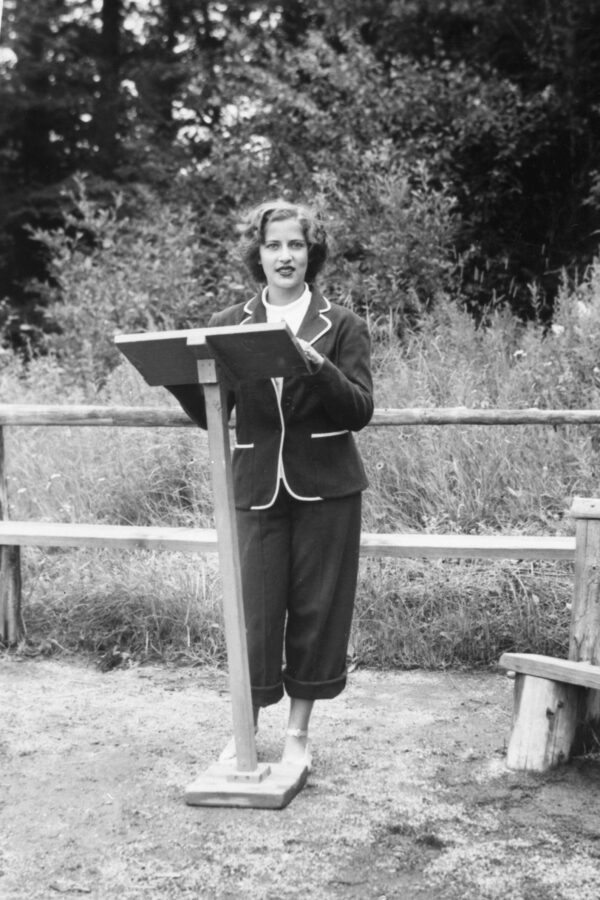 Here’s Jimmy confessing his sins to his congregation in 1988 (the audio cuts out at times, but he starts bawling four minutes in).  He was more or less defrocked after two affairs with prostitutes (you can see one of those hookers discussing Swaggart here).

Those who succumbed on March 15 include: 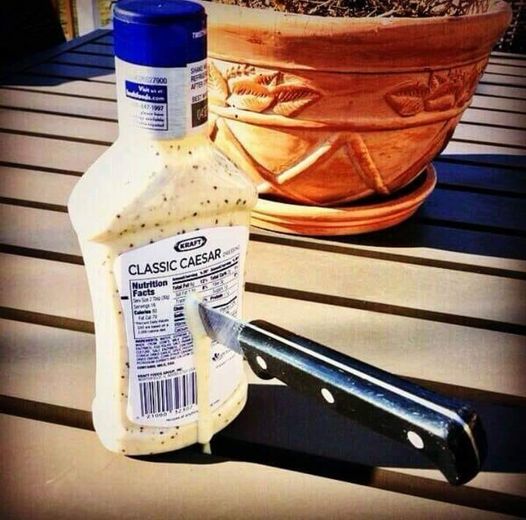 Here’s classic Prez, dextrous but with a light tone, and endlessly inventive, playing “Mean to Me” the year before he died:

Meanwhile in Dobrzyn, Hili is showing off her vocabulary:

Hili: I have to figure out new strategies.
A: And what are your aims?
Hili: Reconnaissance of the situation and quick action depending on what I see. 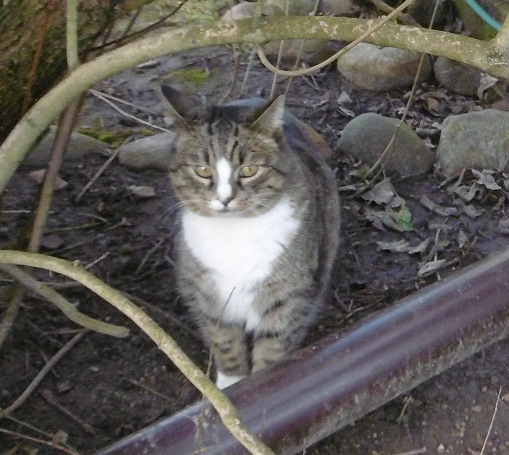 Here’s little Kulka, scuttling about as usual. This is our first Kulka monologue.

Kulka: So what if I’m hiding under the bed? 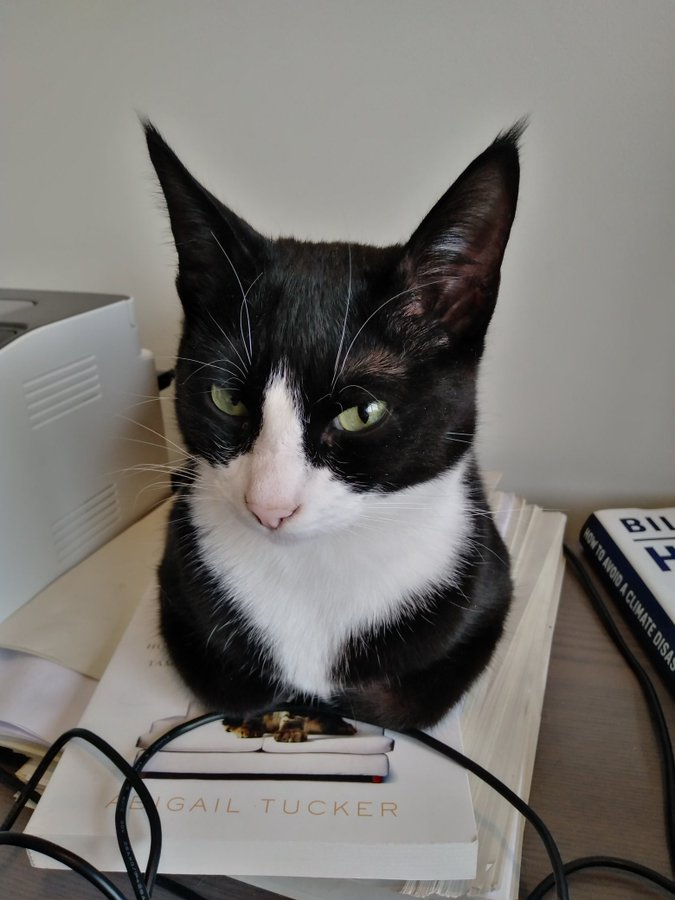 From Bruce, who says this is a dog who has dragged the sprinkler through the doggy door: 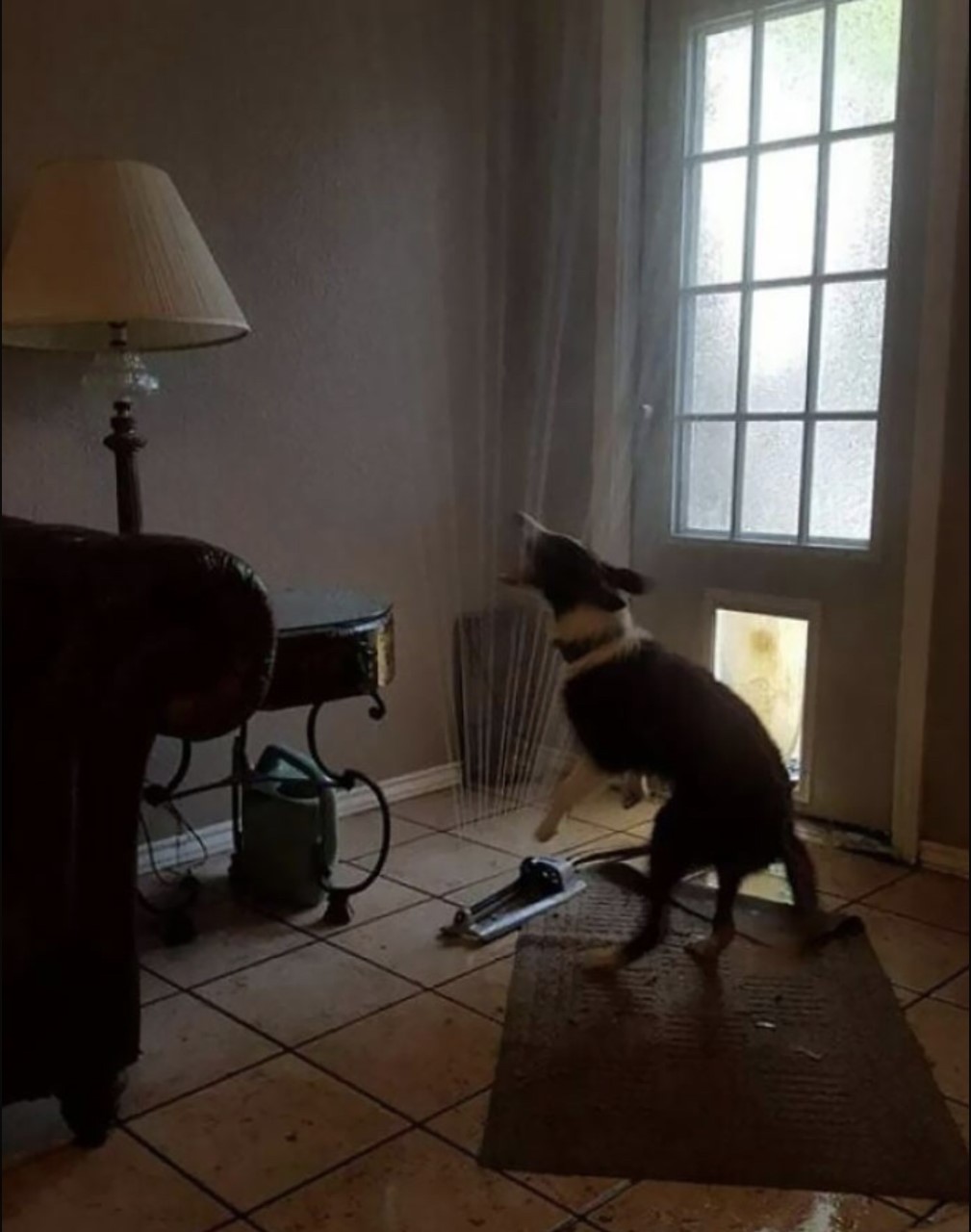 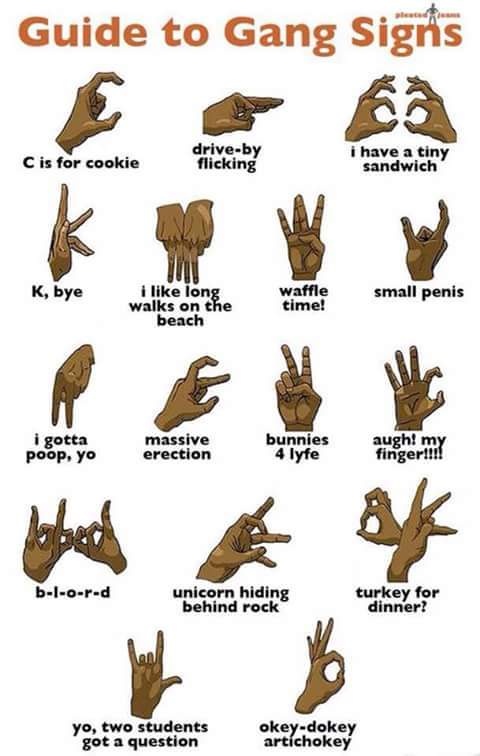 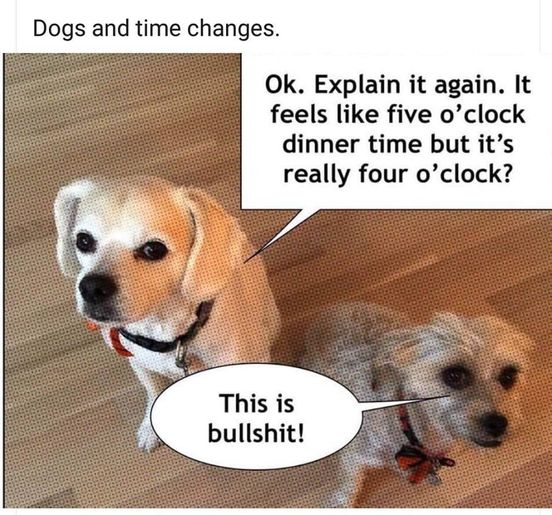 Titania’s started posting a “Titania Educates” series in which she reproduces some of her Twitter exchanges. Some of these are hilarious:

I am an activist. I am a healer. But above all, I am an educator.

This came from several readers, thanks to all:

From Simon. Tyson is being a real nerd here:

I want to eat Pizza at this place on #PiDay.https://t.co/BfYxsxusxV

From Barry. This is incredibly sweet.

When he calls, the Asian elephants he helped rescue come running.

A distant, lonely wind…interrupted only by the sounds of laser strikes. @NASAPersevere’s SuperCam instrument has recorded the sound of wind on Mars, along with the laser used to gather information about the structure of rocks in Jezero Crater. Listen in: https://t.co/ARA6E0XDdc pic.twitter.com/4WnowHwVZx

More wind on Mars. Is there a wind noise with no ears or microphones to hear it? Answer: NO! Noise depends on a receiver.

Things are sounding really good here. Listen to the first sounds of wind captured by my SuperCam microphone. This mic is located at the top of my mast. For this recording, my mast was still down so the sound is a bit muffled. https://t.co/0KpN30oIro