There seems to be lots of organizations forming to protect academic freedom and freedom of speech, and the three I know of (two of which haven’t yet been announced) include a mixture of liberals and conservatives, which is great. After all, freedom of thought and expression isn’t the bailiwick of any one side of the political spectrum.

I found out about this one from my colleague Brian Leiter, who posted this on his website Leiter Reports: (CHE is the Chronicles of Higher Education, and you should read their article; link below). Brian’s short post:

This new organization will provide moral and in some cases legal support for faculty whose academic freedom rights (including their right to engage in extramural speech) are under attack.  CHE has an article about the new organization here.   I will note that in recruiting initial members, it was made very clear that the AFA would have defended Ward Churchill and Steven Salaita, as well as Amy Wax and Adrian Vermeule.  That is how a principled defense of the academic freedom rights of faculty should proceed.

ADDENDUM:  While the delusional Wokerati in academia pose a growing threat to academic freedom, it’s worth noting that in the examples mentioned above, the two faculty who lost their jobs were targeted, successfully, by reactionary forces outside the universities.

Click on the screenshot to go to the site:

It’s a truly impressive list of leaders (many from beleaguered Princeton University, where the group was founded) and members, all of whom are academics (they seem to have forgotten about Professor Ceiling Cat, Ph.D). The legal advisory team comprises several heavy hitters, including Jeannie Suk Gersen and Randall Kennedy from Harvard Law School, as well as a number of high-powered private attorneys. These can and will be used to put pressure on universities who are violating principles of free speech and academic freedom.

There’s also a reading list of books, and one of articles, which include pro-free-speech pieces by Brian Leiter, John McWhorter, Cornel West and Robert George, Randall Kennedy, and Jeannie Suk Gersen. I’ve read most of those pieces, and it’s really worth going through them.  The “other historical examples” on the book list page contains two of the founding principles of The University of Chicago. 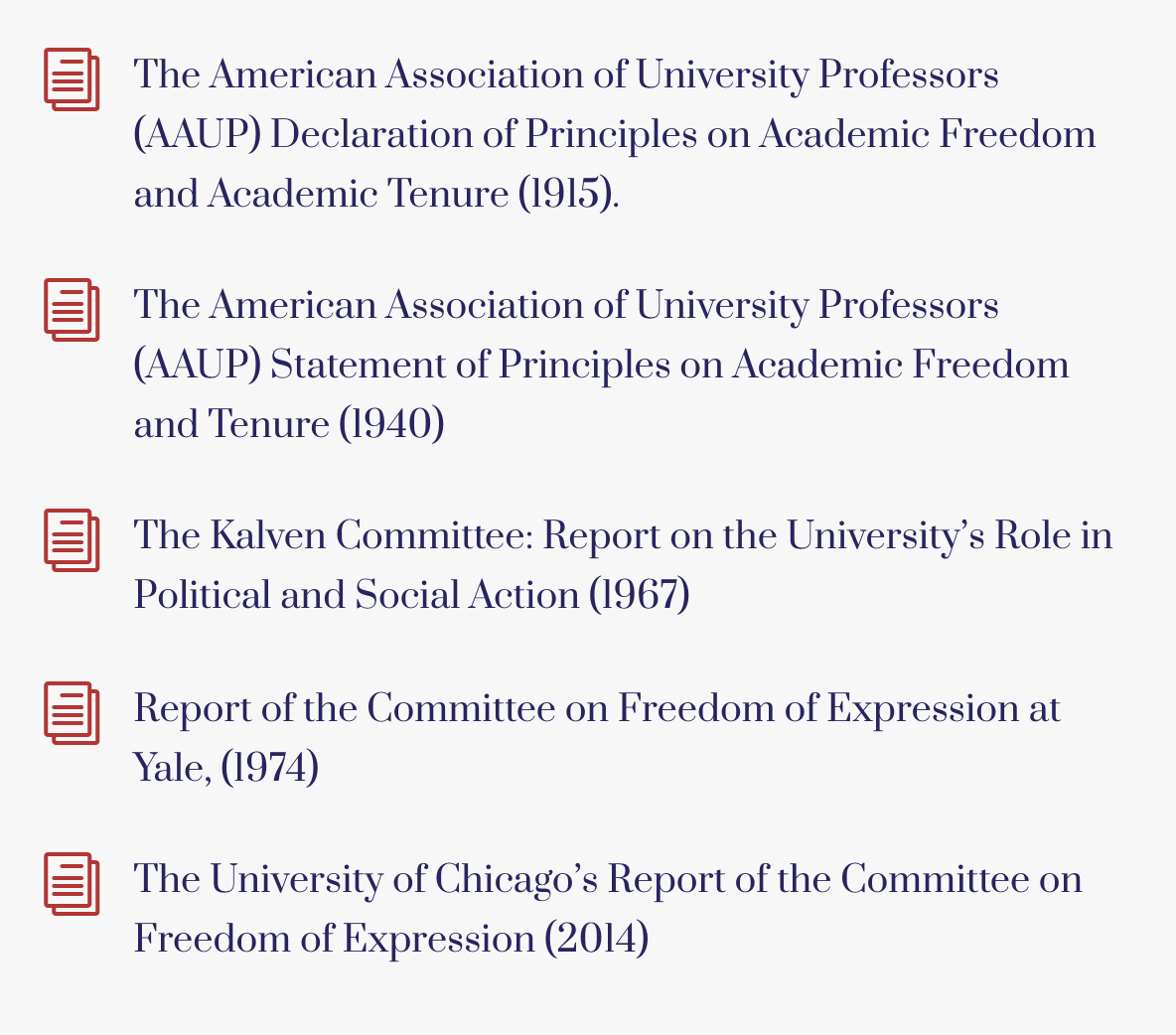 And a few tidbits from the CHE article by Wesley Yang.  First, the genesis and the mission:

When I spoke to the Princeton University legal scholar and political philosopher Robert P. George in August, he offered a vivid zoological metaphor to describe what happens when outrage mobs attack academics. When hunted by lions, herds of zebras “fly off in a million directions, and the targeted member is easily taken down and destroyed and eaten.” A herd of elephants, by contrast, will “circle around the vulnerable elephant.”

George was then recruiting the founding members of an organization designed to fix the collective-action problem that causes academics to scatter like zebras. What had begun as a group of 20 Princeton professors organized to defend academic freedom at one college was rapidly scaling up its ambitions and capacity: It would become a nationwide organization. George had already hired an executive director and secured millions in funding.

In the summer, George emphasized that the organization must be a cross-ideological coalition of conservatives, liberals, and progressives who would be willing to exert themselves on behalf of controversial speakers no matter which constituency they had offended. Though the funding for the organization came from a primary conservative donor, and many of those who feel most besieged in today’s academic environment are on the right, the threats to academic freedom were myriad — and did not threaten only those on the right. A principled defense of core values would require scrupulous neutrality in application and significant participation from across the ideological spectrum. “If we were asked to defend Amy Wax, we would,” he said. “If we were asked to defend Marc Lamont Hill, we would.”

Today, that organization, the Academic Freedom Alliance, formally issued a manifesto declaring that “an attack on academic freedom anywhere is an attack on academic freedom everywhere,” and committing its nearly 200 members to providing aid and support in defense of “freedom of thought and expression in their work as researchers and writers or in their lives as citizens,” “freedom to design courses and conduct classes using reasonable pedagogical judgment,” and “freedom from ideological tests, affirmations, and oaths.”

The alliance will intervene in academic controversy privately, by pressuring administrators, and publicly, by issuing statements citing the principles at stake in the outcomes of specific cases. Crucially, it will support those needing legal aid, either by arranging for pro bono legal representation or paying for it directly.

As the article adds, the group is so well funded and so stacked with high-class academics and lawyers that any college getting a warning letter from AFA had better pay attention! But I’m a bit worried about the balkanization of the mission. As well as this group, and the two incipient organizations I mentioned earlier, there’s also the Foundation for Individual Rights in Education (FIRE), an estimable organization that seems to do pretty much what the AFA and others propose. I wish there were some way for these groups to be folded together, or at least to coordinate their activities.