The BBC is doing five ca.-15-minute shows on insects, and today’s is on my favorite insect (or genus of insects): Drosophila. It was broadcast this morning, but is now on the BBC site for your delectation. It won’t be there forever, so listen soon. The subtitle, “Drosophila Melanogastronaut” is clever, a play on the famous species Drosophila melanogaster, but they shouldn’t have capitalized the second word.

Erica McAlister, curator of Diptera at London’s Natural History Museum, introduces a number of talking heads, one of which is our own Matthew Cobb. It’s a short listen, and since your host spent his life working on Drosophila, you might want to learn a little about the fly. Click on the screenshot to listen how this humble fly (properly called the “vinegar fly” rather than “fruit fly”), kick-started genetics in the early 20th century. 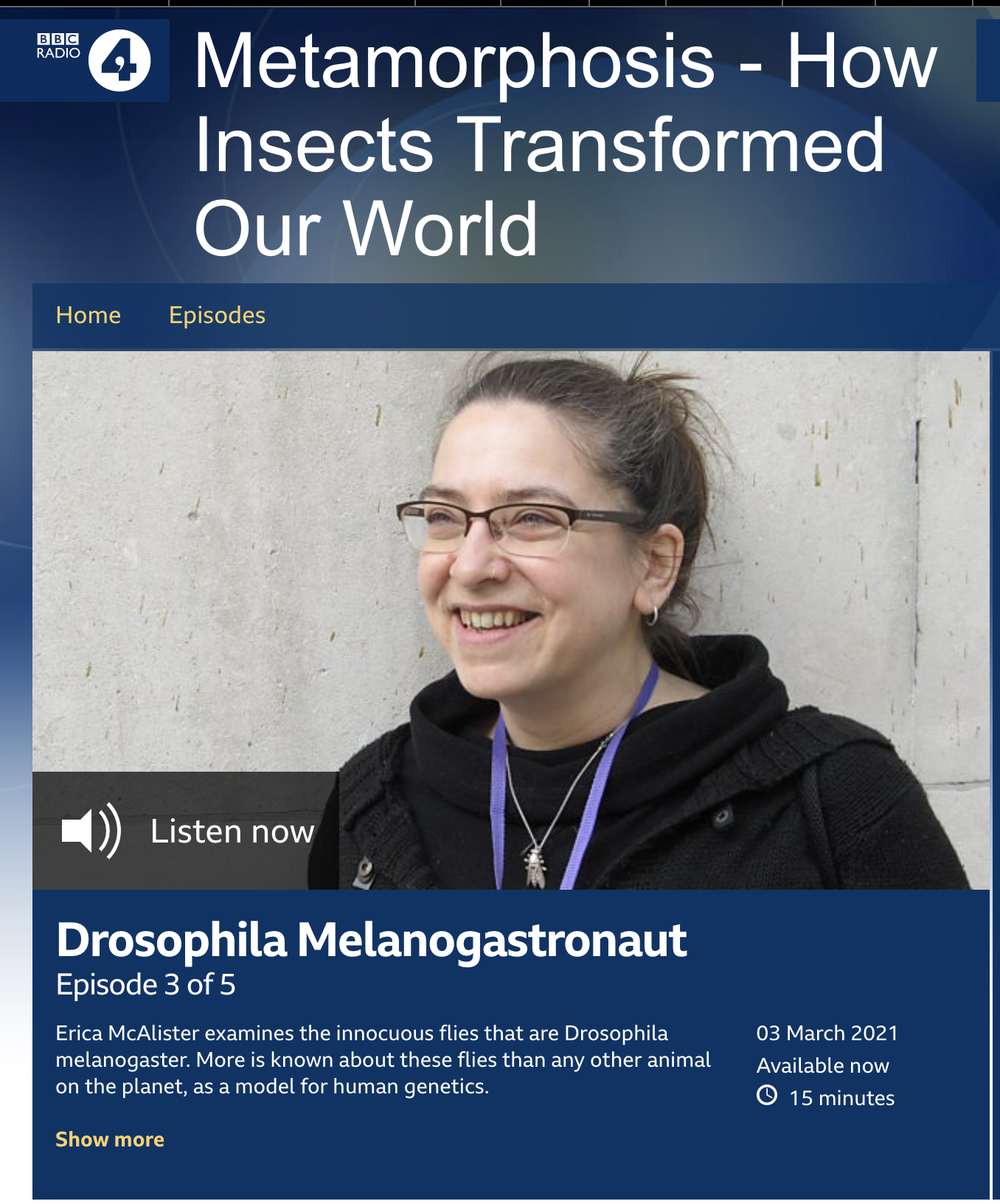 10 thoughts on “BBC show: Matthew and others on Drosophila”