I was asking my French-Canadian friend Anne-Marie (the travel guide) if the French use “vau vau” as the spelling for the dog barking that Americans write as “bow wow”, and she said no, that the French spelling is “wouf wouf”. Well, that’s close enough, but then I thought that someone should compile a list of all the different languages’ spelling of what we spell as “bow wow” (alternatively, “woof, woof”) or, for cats, “meow”.  Foolish me—I should have known that there are tons of such lists on the Internet. Anne-Marie called my attention to two of them.

Take this one from BarkPost: which gives sixteen national versions of “bow wow”. I’ll show just three that struck me: 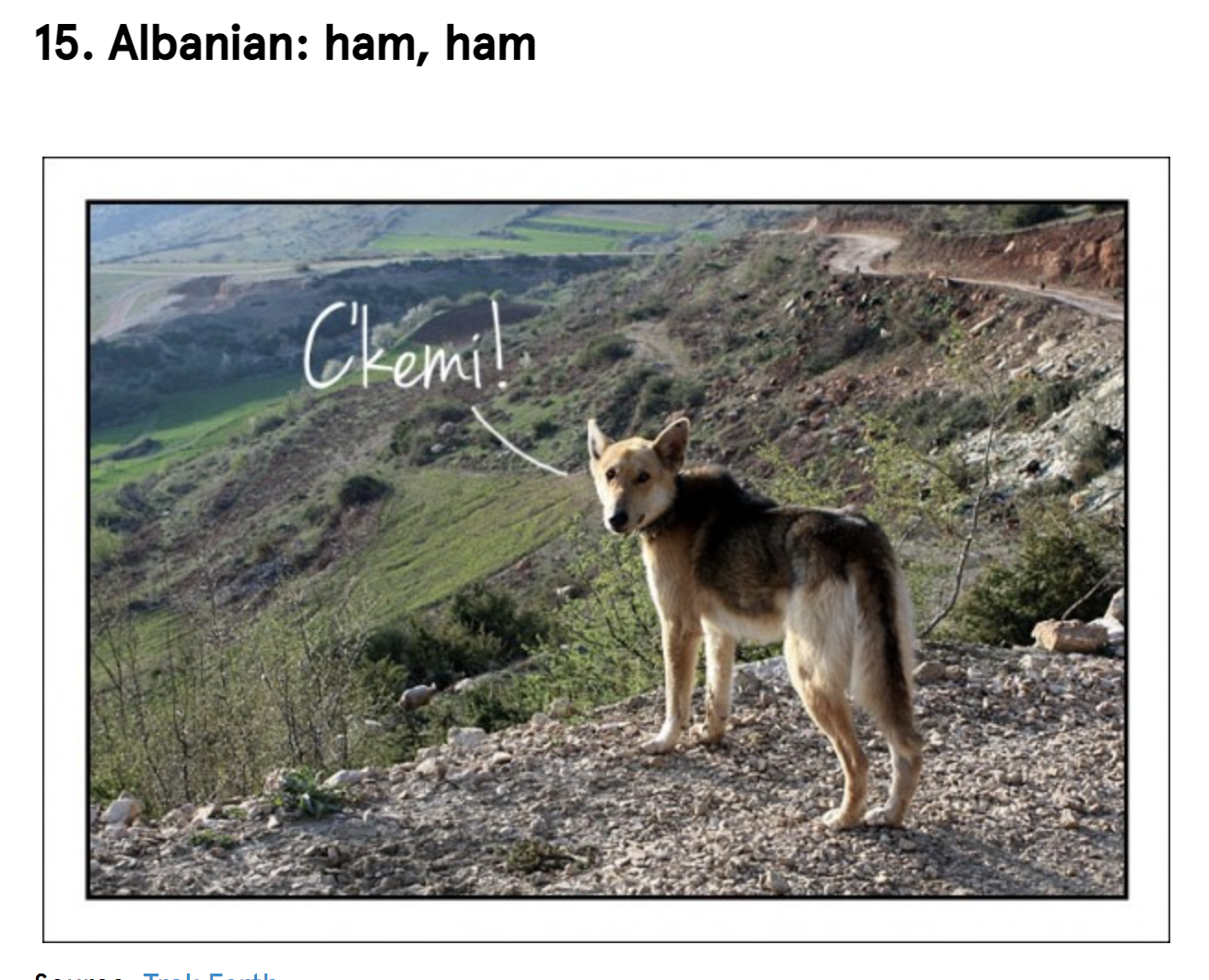 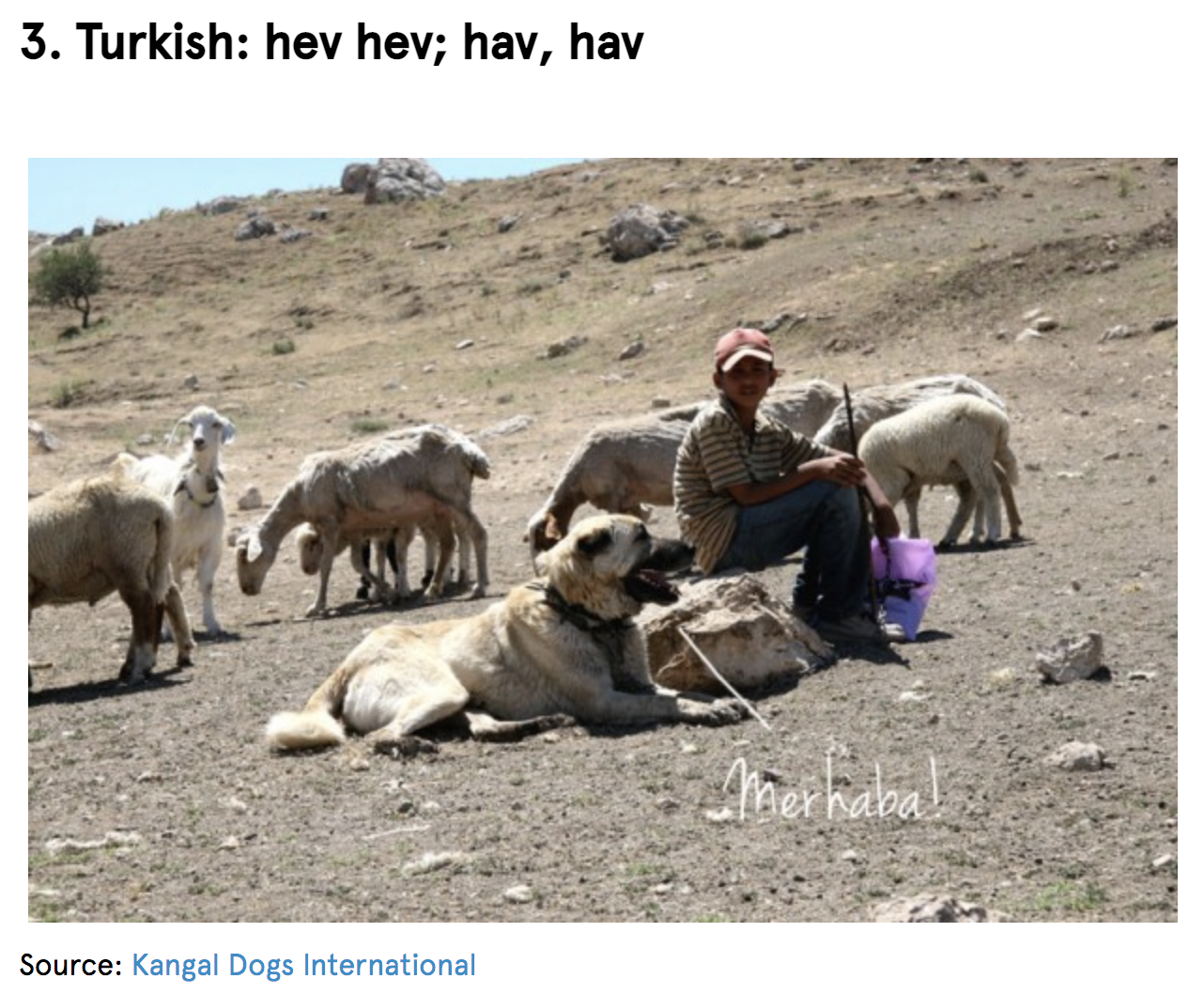 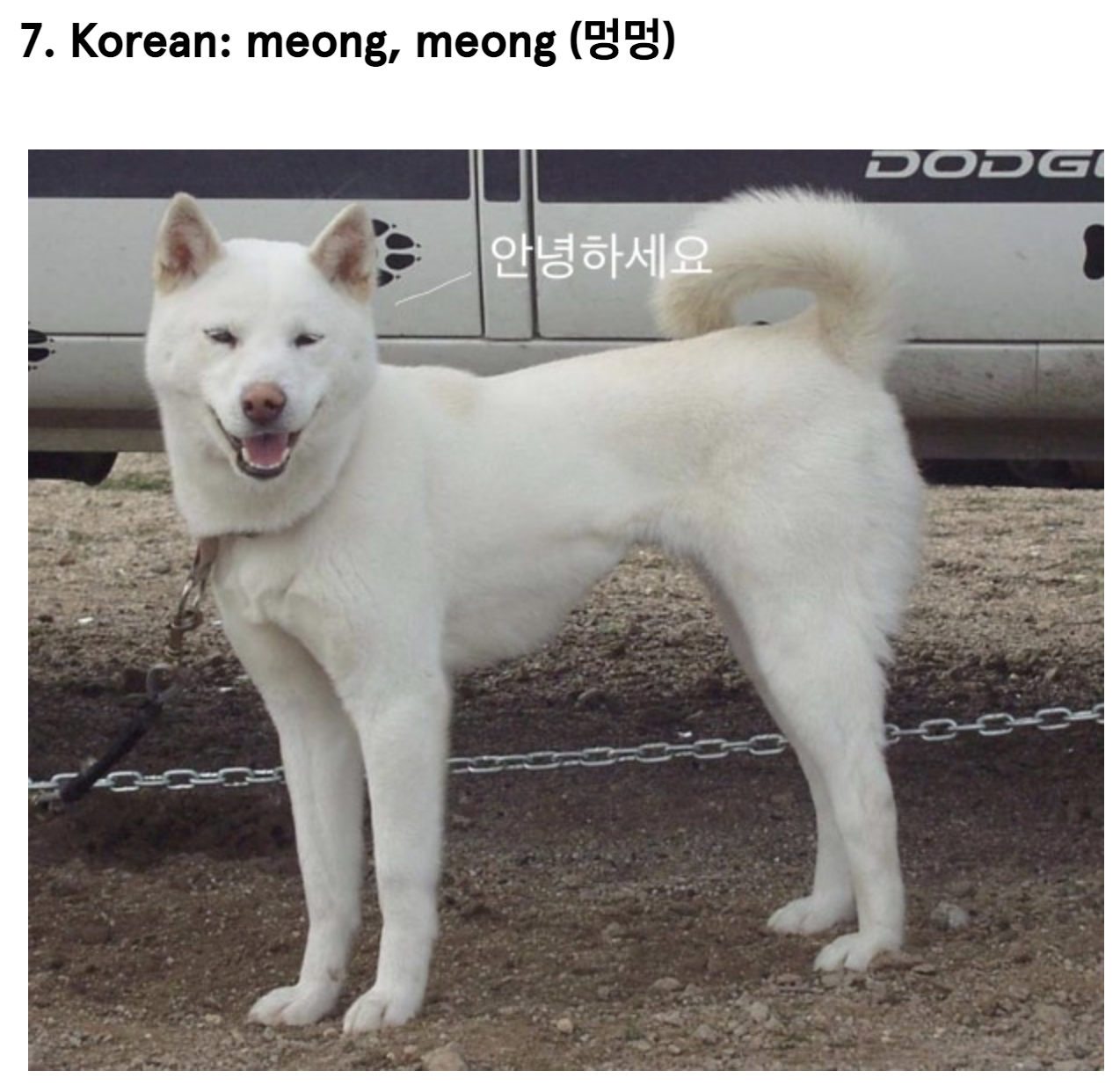 Meong-meong? Seriously? But in the video below, which gives not the written but the verbal renditions, you can hear native speakers from 70 countries give their national versions of dog and cat noises. It IS “meong meong”!  What you can conclude is that, in general, most people hear dog noises the same way, but there are some odd variants. But there is much less international variation of cat sounds (why?). Note, though, that Thailand is very odd!

15 thoughts on “How different languages depict dog and cat sounds”