This morning we received an email from the Chair of our Board of Trustees, announcing that, as of September 1, Bob Zimmer, who’s been President since 2006, will be stepping down in favor of another STEM person, Paul Alivisatos (Zimmer is a mathematician), now the 14th President of the University of Chicago.  Alivisatos, 61, is a very well known chemist, covered with honors (including the National Medal of Science), and, as Wikipedia notes, “In 2016 he was named U.C. Berkeley’s Vice Chancellor for Research. As of July 1, 2017, he became University of California, Berkeley’s Executive Vice Chancellor and Provost, and then acted as as Vice Chancellor for Research on an interim basis.”

I don’t think the University would mind if I reproduce the bona fides of Alivisatos as passed on to us in the email. You can read more about him at the Wikipedia link above.  I note that, like me, he was born in the U.S. and moved to Greece as a child, which gave him the opportunity to learn Greek (most of mine has disappeared). I’ve highlighted one sentence, which speaks—but not clearly—about one of my main concerns.

Reader George just pointed out that Alivisatos has his own photography website and is a very good amateur photographer with striking images of India, the Arctic, Africa, and Hong Kong, among other places. This is off to a good start! I’ve stolen one of his images to put below (it’s from the Arctic): 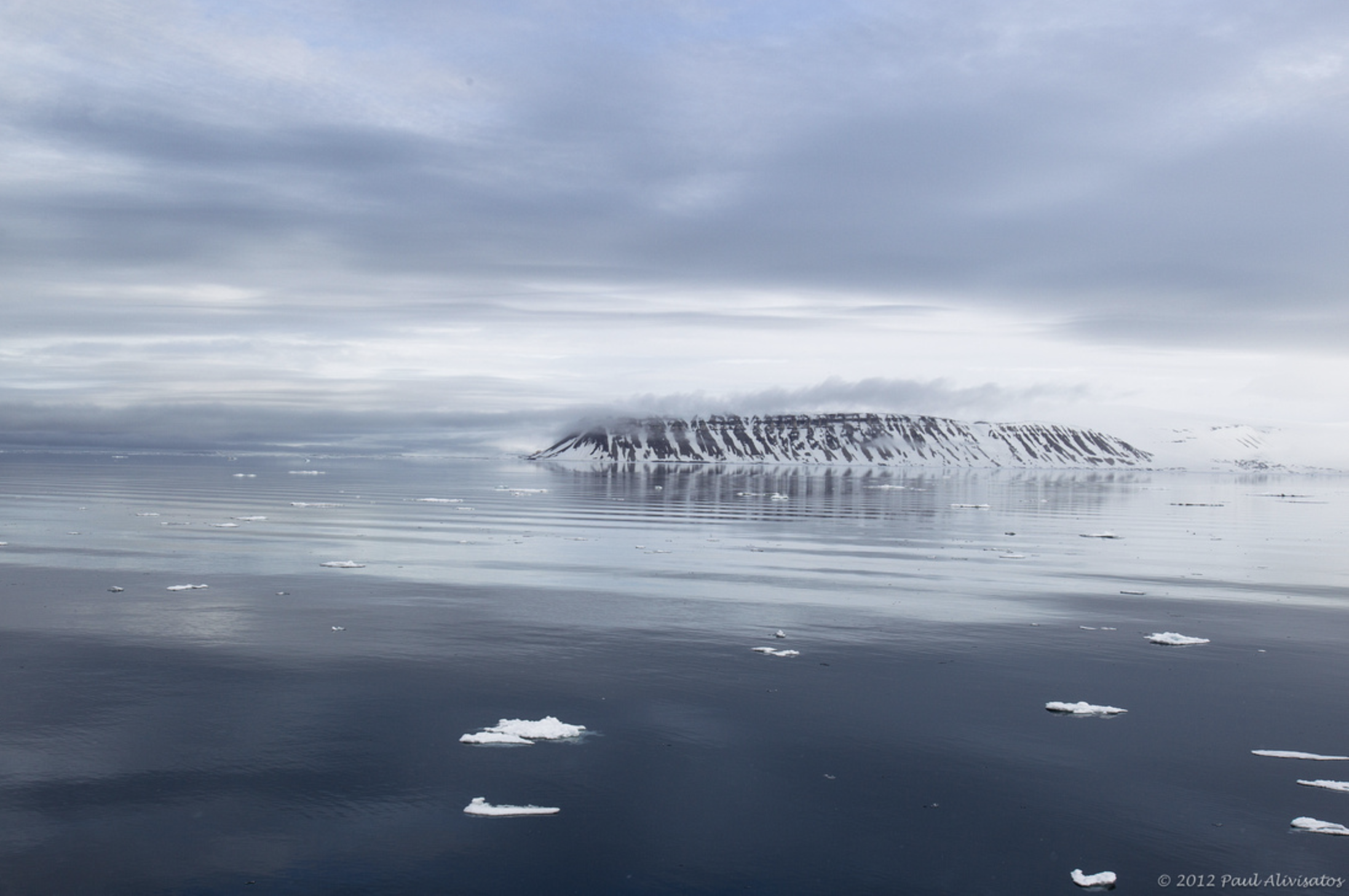 From the Chair’s email:

I am very pleased to announce that the Board of Trustees has elected Paul Alivisatos as the 14th President of the University of Chicago.

An accomplished leader in higher education and a world-renowned scientist, Paul is currently Executive Vice Chancellor and Provost at the University of California, Berkeley. He is also a Professor and the Samsung Distinguished Chair in Nanoscience and Nanotechnology Research in the Department of Chemistry and the former Director of the Lawrence Berkeley National Laboratory.

Following an extensive international search, Paul was elected President at a meeting of the University’s Board of Trustees on February 25 and will assume his role on September 1. The Board acted on the unanimous recommendation of the 12-member Trustee Search Committee, which has worked closely with the 10-member Faculty Advisory Committee over the last six months.

Paul will succeed Robert J. Zimmer, who has served as President since 2006. Bob will transition into a new role as Chancellor of the University on September 1.

A native of Chicago, Paul is also a proud University of Chicago alumnus, having received his bachelor’s degree in chemistry in 1981.

Throughout his distinguished academic career, Paul has demonstrated the skills and imagination needed to be an inspirational leader, confront the challenges of our time, and guide the University of Chicago during a period of enormous opportunity. He has the vision to further elevate the University’s eminence, uphold its rich traditions and enduring values, and make an impact on higher education and the lives of University students, faculty, and staff, as well as enrich the South Side community.

As Berkeley’s Executive Vice Chancellor and Provost, Paul has been responsible for the planning, development, implementation, and improvement of campus academic programs and policies. Since taking the role in 2017, he has supported new initiatives to increase diversity in the undergraduate and graduate student body and achieve greater faculty and leadership diversity. He also has been deeply engaged in issues of free speech and social justice.

Paul also spearheaded efforts to transform undergraduate education—leading a campus-wide initiative that created immersive learning projects and discovery experiences for students, while starting a series of forums that promoted mentoring between faculty and graduate students. During his tenure, Berkeley also launched a new division focused on data science, creating opportunities for students in the humanities and the social sciences to join the fast-growing field.

Paul oversees a significant development portfolio as Provost. Annual giving to Berkeley exceeded $1 billion in 2020, with Paul stewarding more than $450 million in gifts from 2016 to 2020. As Director of Lawrence Berkeley National Laboratory from 2009 to 2016, Paul guided the U.S. Department of Energy lab through a period of transformational change, creating new programs in biosciences, renewable energy, and entrepreneurship. From 2016 to 2017, he served as Berkeley’s Vice Chancellor for research, fostering greater interdisciplinary faculty research and strengthening opportunities for undergraduate research.

A preeminent scientist and entrepreneur, Paul has made pioneering research breakthroughs in nanomaterials. His inventions are widely used in biomedicine and QLED TV displays, and his scientific advances have yielded more than 50 patents. He also founded two prominent nanotechnology companies: Nanosys, Inc. and Quantum Dot Corp. (now part of Thermo Fisher).

Among his more than 25 awards and honors, Paul has received the National Medal of Science, the Wolf Prize in Chemistry, and the Priestley Medal. It also was announced this week that Paul will share the prestigious international BBVA Frontiers of Knowledge Award. He is a member of the National Academy of Sciences, the American Academy of Arts and Sciences, and the American Philosophical Society.

Zimmer did a terrific job as President, not only raising tons of dosh for the University (the main job of a President these days), but also holding the line on free speech, for which our University is famous. He also appointed yours truly as an Essential Duck Worker, allowing me to take care of the waterfowl at Botany Pond. Zimmer will start a new position as Chancellor of the University, which is said to involve “focus[ing] on high-level strategic initiatives, stewardship and development of key relationships, and guiding high-level fundraising.”

Given Alvisatos’s record, I think he’s a very good choice (I’m biased towards scientists), and of course I hope to Ceiling Cat he isn’t woke. 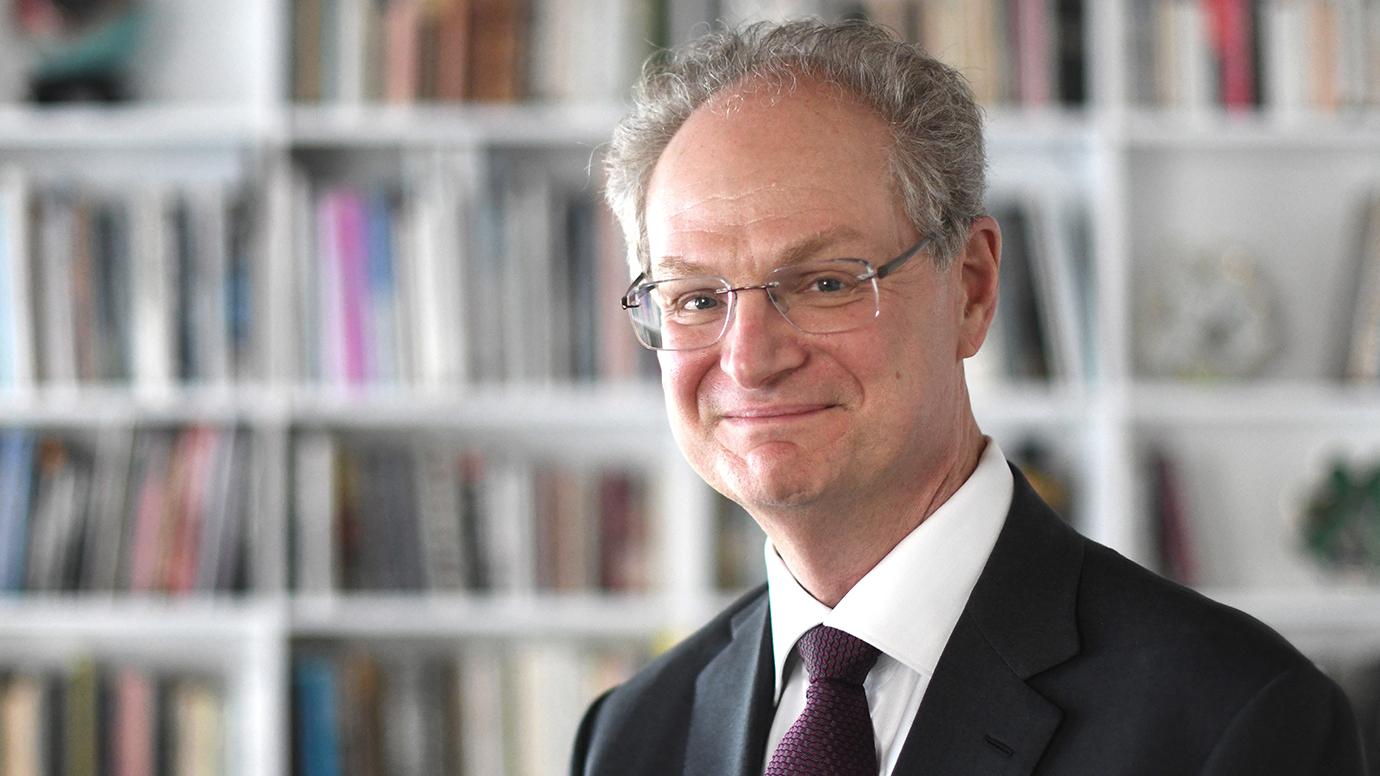 And a fond farewell to Bob Zimmer: 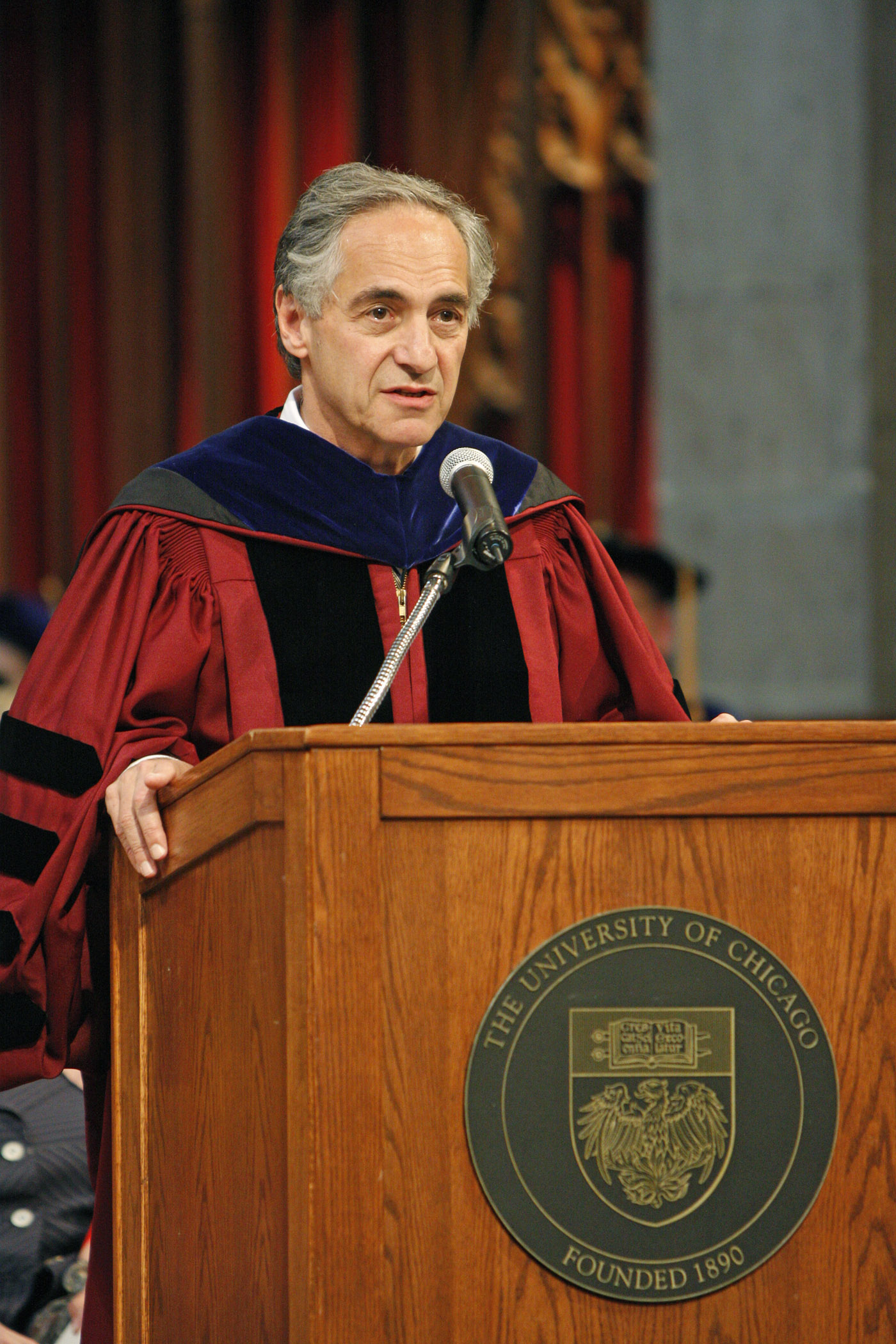 18 thoughts on “A new President for the University of Chicago”