If you read the title below, you’ll probably guess that the answer will be “no”. And you’d be right. Grady, a credentialed physicist, but also a believer, uses her Conversation piece to ponder several questions, one of which is: “If God created the laws of physics, and thus is infinitely powerful, can he break the laws of physics?” (Answer: Yes, of course he could. But we wouldn’t know that.) 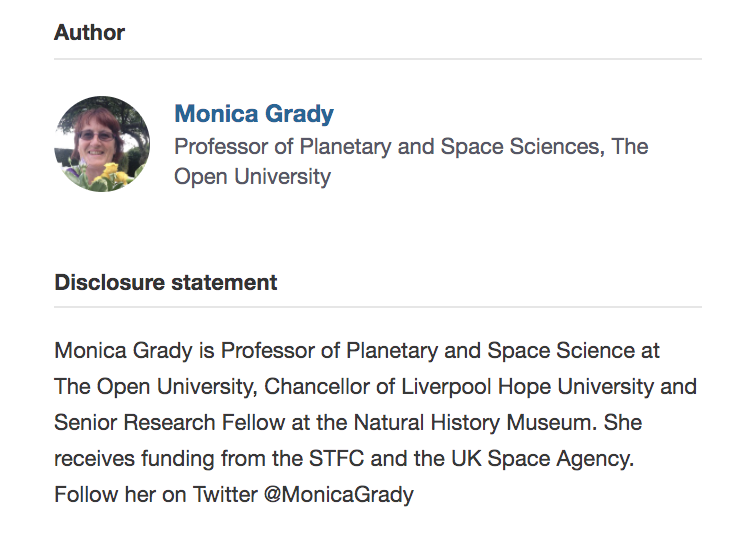 It’s all a bit of a mess. For example, Grady asks “Can God go faster than the speed of light?” She responds that some phenomena already do, referring to quantum entanglement, but that’s still a mystery and, at any rate, cannot be used to send information faster than the speed of light. Why this is relevant to her question is unclear. Then she asks whether the anthropic principle is evidence for God. She calls our universe “fine tuned for life”, but evokes the multiverse as the reason why this could happen: we just happen to be in one universe where the laws of physics (which may differ among universes) permit life to exist and evolve. Yet according to her God created not just the multiverse, but the different laws of physics that may apply among them.

In the end, Grady admits that science and religion are different, for science uses evidence while religion uses faith. But that itself gets her into a dilemma. For example:

I have this image of God keeping galaxy-sized plates spinning while juggling planet-sized balls – tossing bits of information from one teetering universe to another, to keep everything in motion. Fortunately, God can multitask – keeping the fabric of space and time in operation. All that is required is a little faith.

Has this essay come close to answering the questions posed? I suspect not: if you believe in God (as I do), then the idea of God being bound by the laws of physics is nonsense, because God can do everything, even travel faster than light. If you don’t believe in God, then the question is equally nonsensical, because there isn’t a God and nothing can travel faster than light. Perhaps the question is really one for agnostics, who don’t know whether there is a God.

A little faith? But put that aside and look at the bit in bold above (my emphasis). Here’s her admission that God is omnipotent: he/she/it can do anything. Okay, we’ve established that, and we can’t ask Dr. Grady why she knows that God is omnipotent—after all, some religions have gods that aren’t all-powerful—because she takes that on faith. She simply has an intuition or revelation that God can do anything.  But then look at this:

This is indeed where science and religion differ. Science requires proof, religious belief requires faith. Scientists don’t try to prove or disprove God’s existence because they know there isn’t an experiment that can ever detect God. And if you believe in God, it doesn’t matter what scientists discover about the universe – any cosmos can be thought of as being consistent with God.

Well, as the late Victor Stenger said, “Absence of evidence is indeed evidence of absence if that evidence should be there in the first place.”  Stenger was referring to the fact that in fact we have evidence against a theistic god since such a god, either on purpose or inadvertently, should have provided evidence since that god interacts with the world. Presumably, Dr. Grady would respond that evidence or lack thereof is irrelevant, for religion is a matter of faith. But remember that her faith has told her that God is omnipotent.

In that case, since God can do anything, how you deal with the question she raises (but doesn’t answer) at the beginning of her piece:

“. . . . tragic events, such as pandemics, often cause us to question the existence of God: if there is a merciful God, why is a catastrophe like this happening?”

She never answers that question or even addresses it further. Yet if she knows that God is omnipotent, presumably through faith alone, why can’t faith also tell her why an all-powerful God allows such suffering? Is he malicious, or simply indifferent? You can’t say that you know God’s characteristics from faith, but then plead the Fifth when asked about why God kills so many kids who could not possibly deserve it—especially when he could stop the harm. In other words, if faith tells you that God is omnipotent, then it should also tell you whether God’s a nice being or a callous one.

Such is the selective ignorance of the theist.