Please send in your good wildlife photos, as the tank is running lower.

Today’s photos feature dragonflies, a favorite subject of Mark Sturtevant. Mark’s comments are indented, and you can enlarge his photos by clicking on them.

It is once again time to draw from the queue of WEIT-worthy pictures of dragonflies.  First up is a male calico pennant dragonfly (Celithemis elisa). 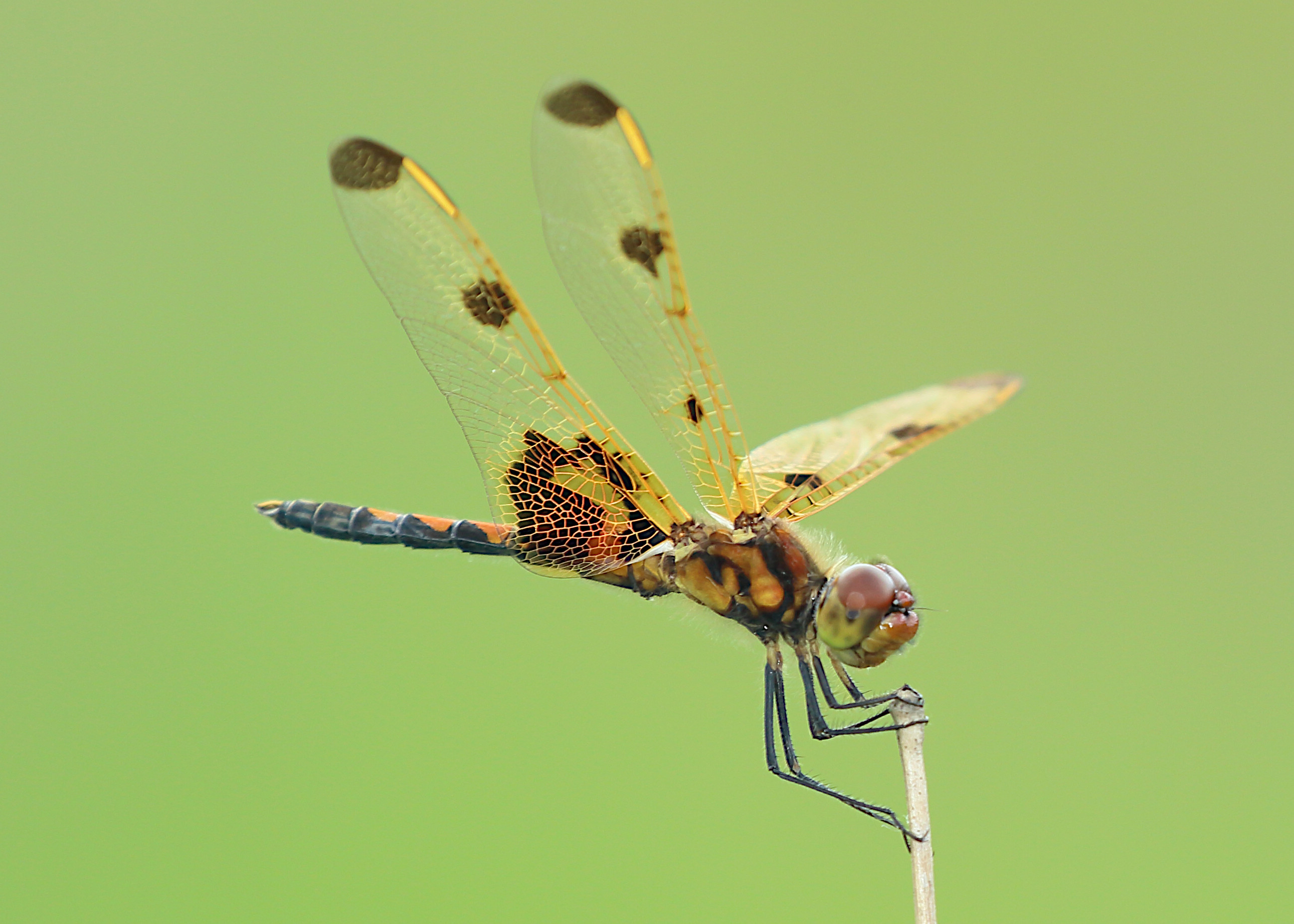 The handsome dragonfly in the next picture is a mature male slaty skimmer (Libellula incesta). These are, I think, the most entertaining of our dragonflies, since mature males stay next to water where they obsessively guard a favored perch against other dragonflies. They are constantly hurling themselves at real or imagined interlopers before quickly returning to their perch. 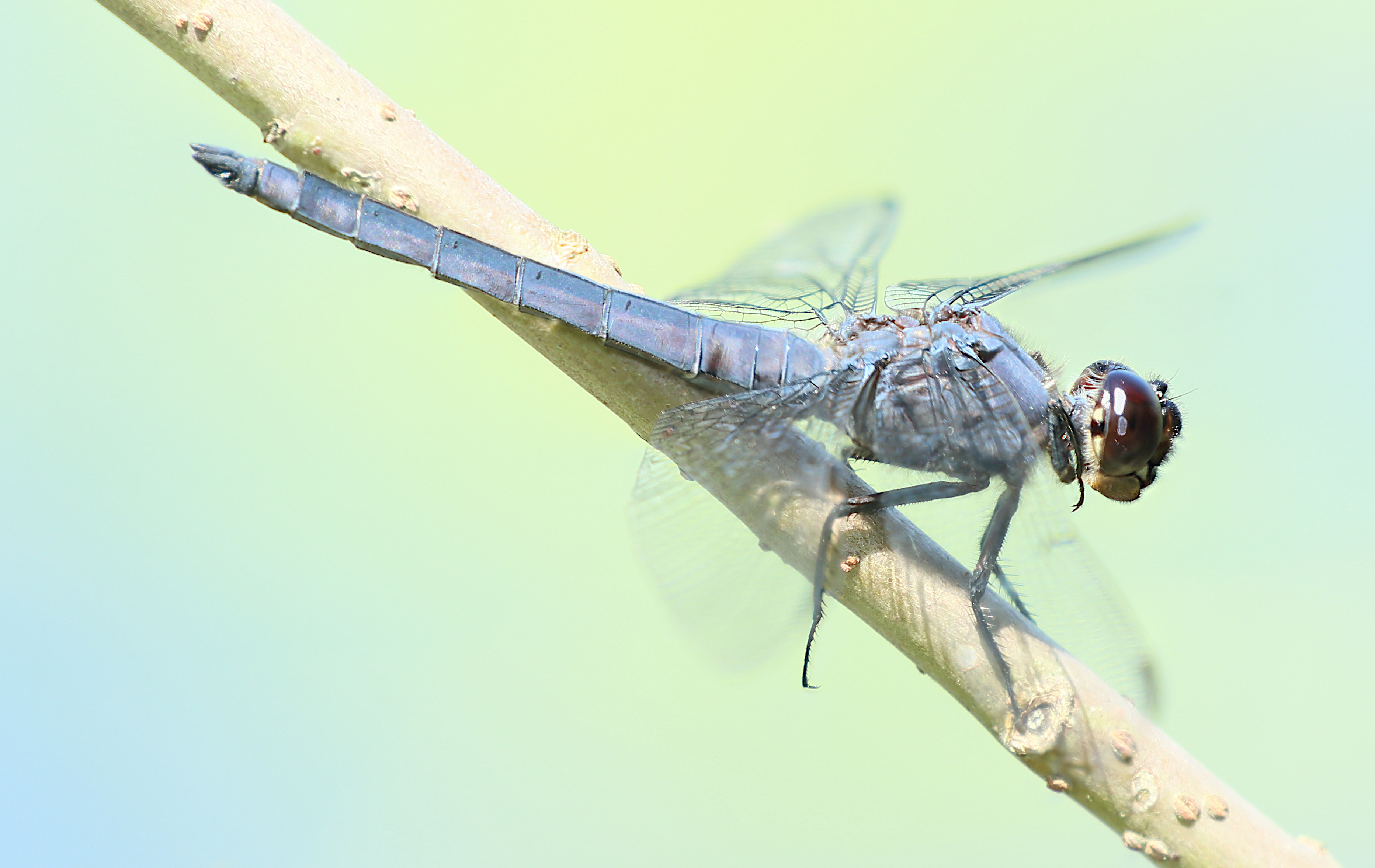 Now, male slaty skimmers are seen regularly. But what about females? I had never given it a thought, for some reason, until one day I came across a mystery dragonfly that was tucked away into some bushes, well away from the water. The next picture shows what turns out to be a female slaty skimmer, which is strikingly different from mature males. I have perhaps seen hundreds of males, but this is my only female, and that is weird. 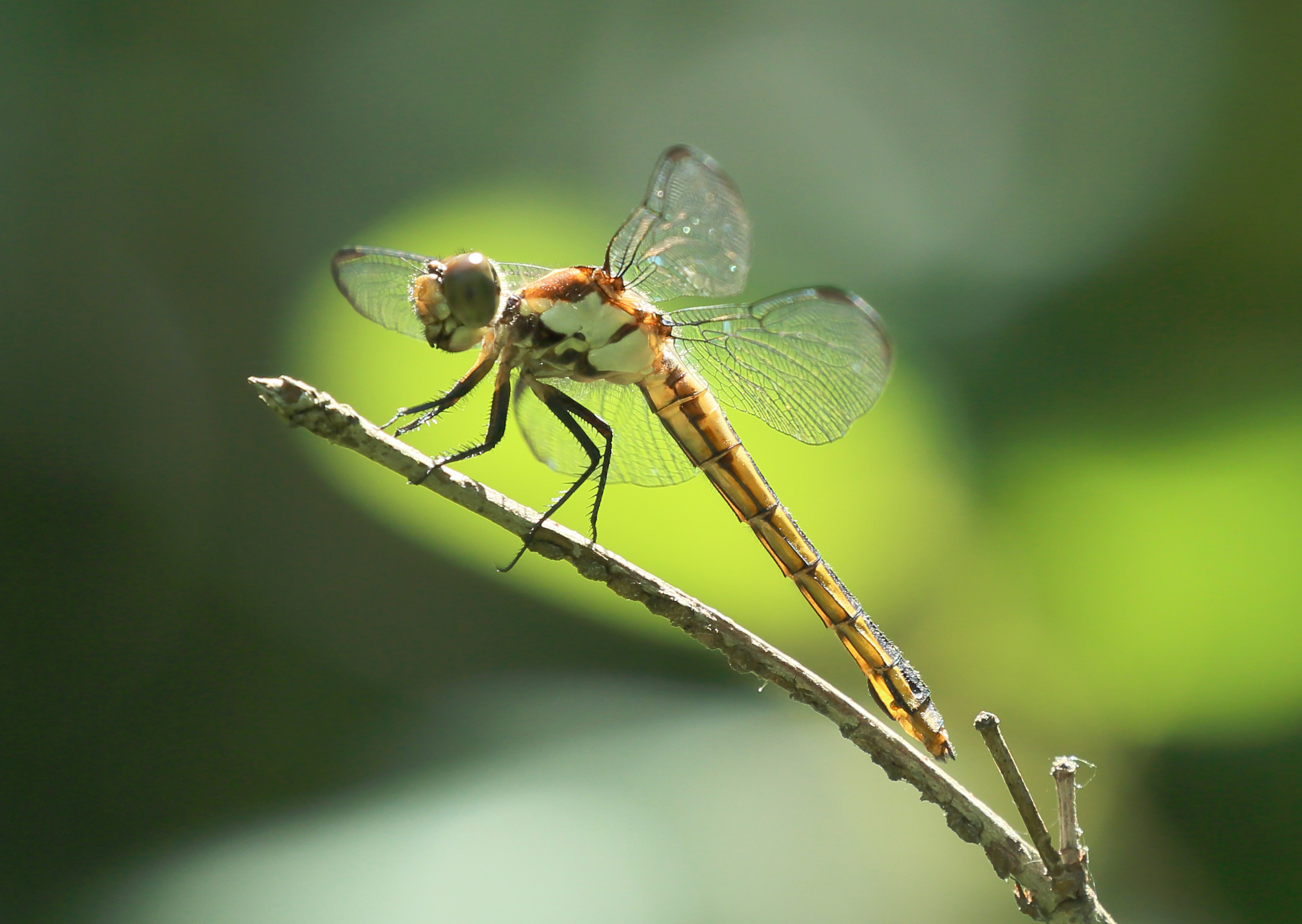 It is always a special day when I find a new species. So here is an admittedly plain looking dragonfly, but I was very pleased to see it. This is a female belted whiteface (Leucorrhinia proxima). 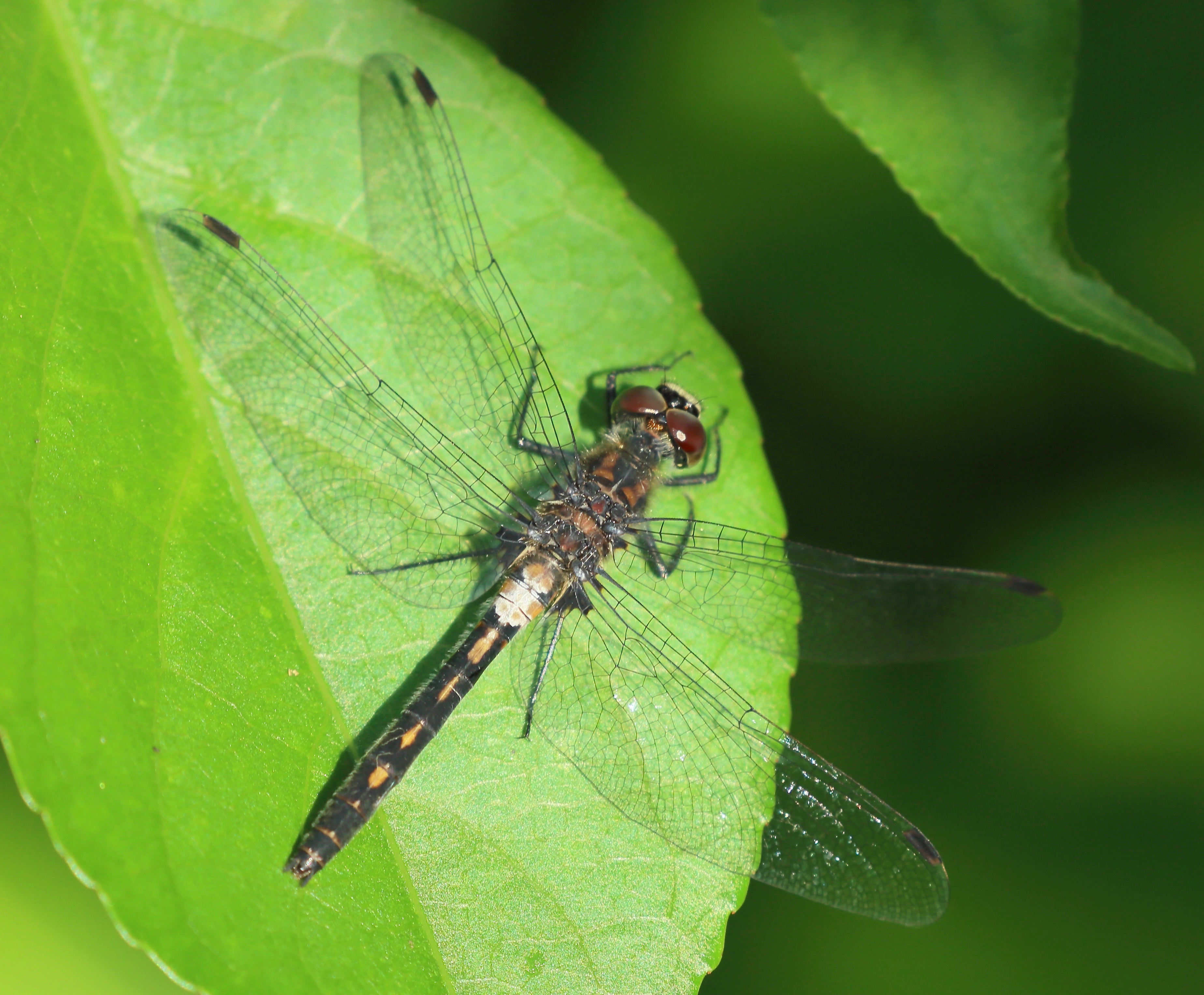 The above species are all members of the skimmer family. Many skimmers spend extended periods of time on a perch, and that makes them easy to photograph. But the skimmer family is large, and there are species that show little inclination to do that. The next picture is one of those kinds of skimmers. This is the black saddlebags (Tramea lacerata), and species that I commonly see flying high and effortlessly all day on their extra broad wings. So it was a happy find to see one just sitting there! This is one of two species of saddlebags in my area, so one more to go! 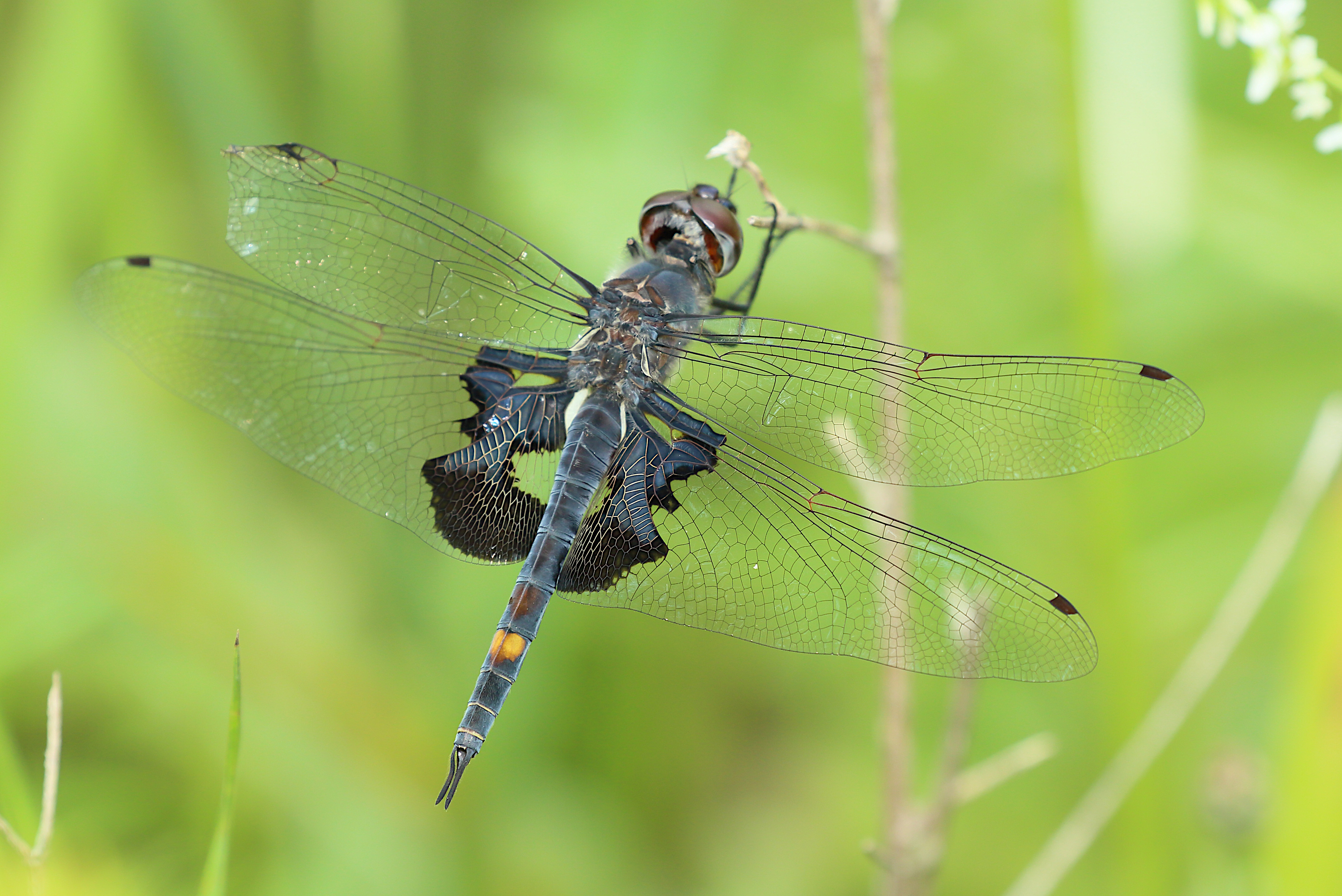 The later months of summer are when the very special royal river cruiser dragonflies (Macromia taeniolata) make their entrance into the Magic Field. These large dragonflies are the largest species in the cruiser family. Fast and agile, even by dragonfly standards, they take long patrolling flights where they will quickly disappear into the distance, returning after several minutes. But they will eventually land, and with luck that will be in range of sight. Then, they suddenly become very easy to approach for photographs. So here are two of them. The first is a female, and the second a male. I was especially pleased with that one, as it was my first male r.r.c. 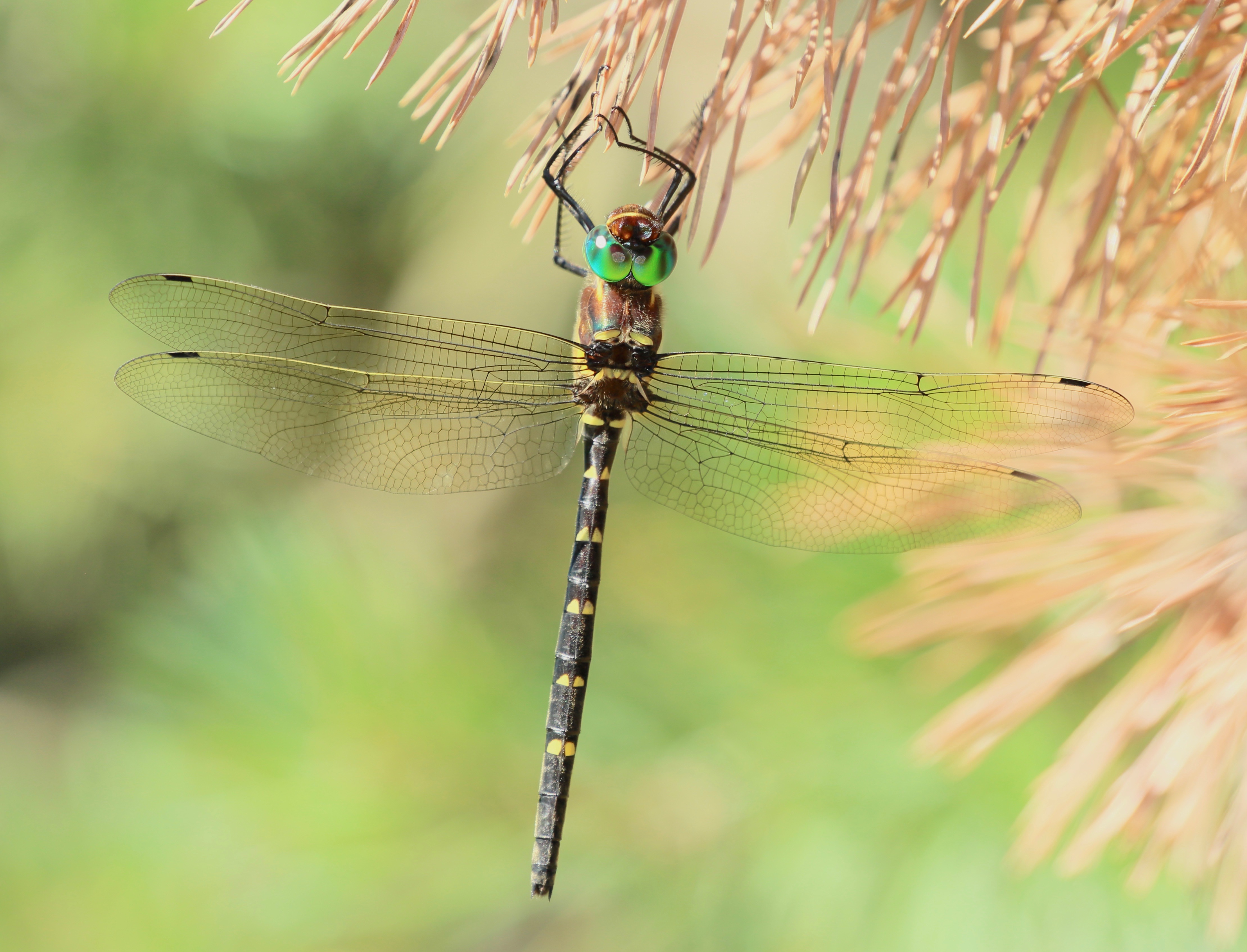 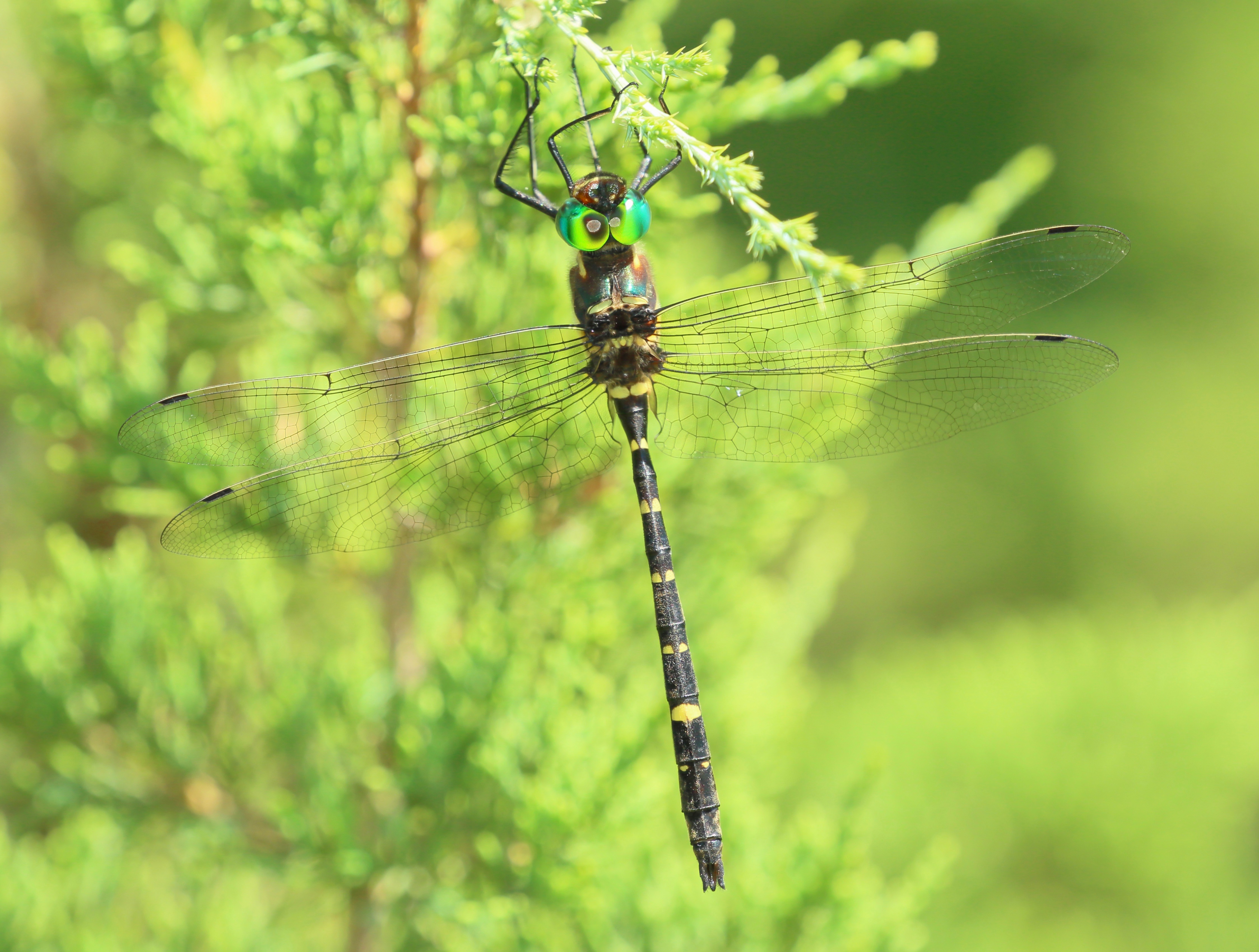 On a later occasion I returned to the MF with a friend who is also very enthusiastic about the hobby (I wish he would post here, but he’s too shy). We worked together to get more pictures of this species, and it was much easier to spot one landing since we could station ourselves along a patrol route. 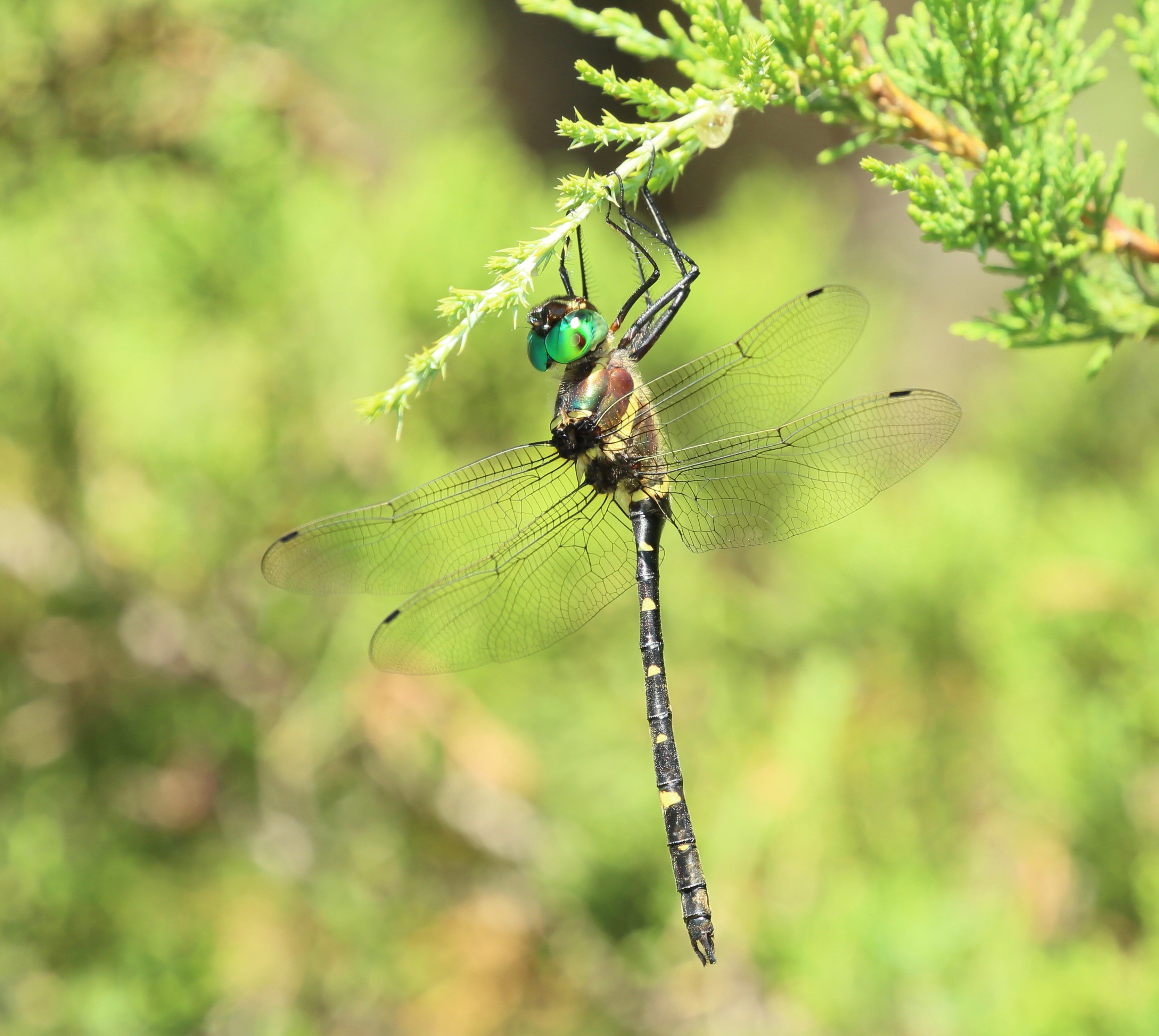 Finally, here is a beautiful dragonfly from the darner family. This large male flew past me, perched within arm’s reach, and just sat there! Easiest darner picture ever. This is one of the “mosaic” darners, which are a group of species with nearly identical markings. It would have been best to get pictures from the side since the lateral stripes on the thorax can really help to identify mosaic darners, but I was not thinking clearly at the time. Fortunately, I have a good friend online who is quite good with dragonflies, and he thinks it likely (although not certain) to be a green-striped darner (Aeshna verticalis). 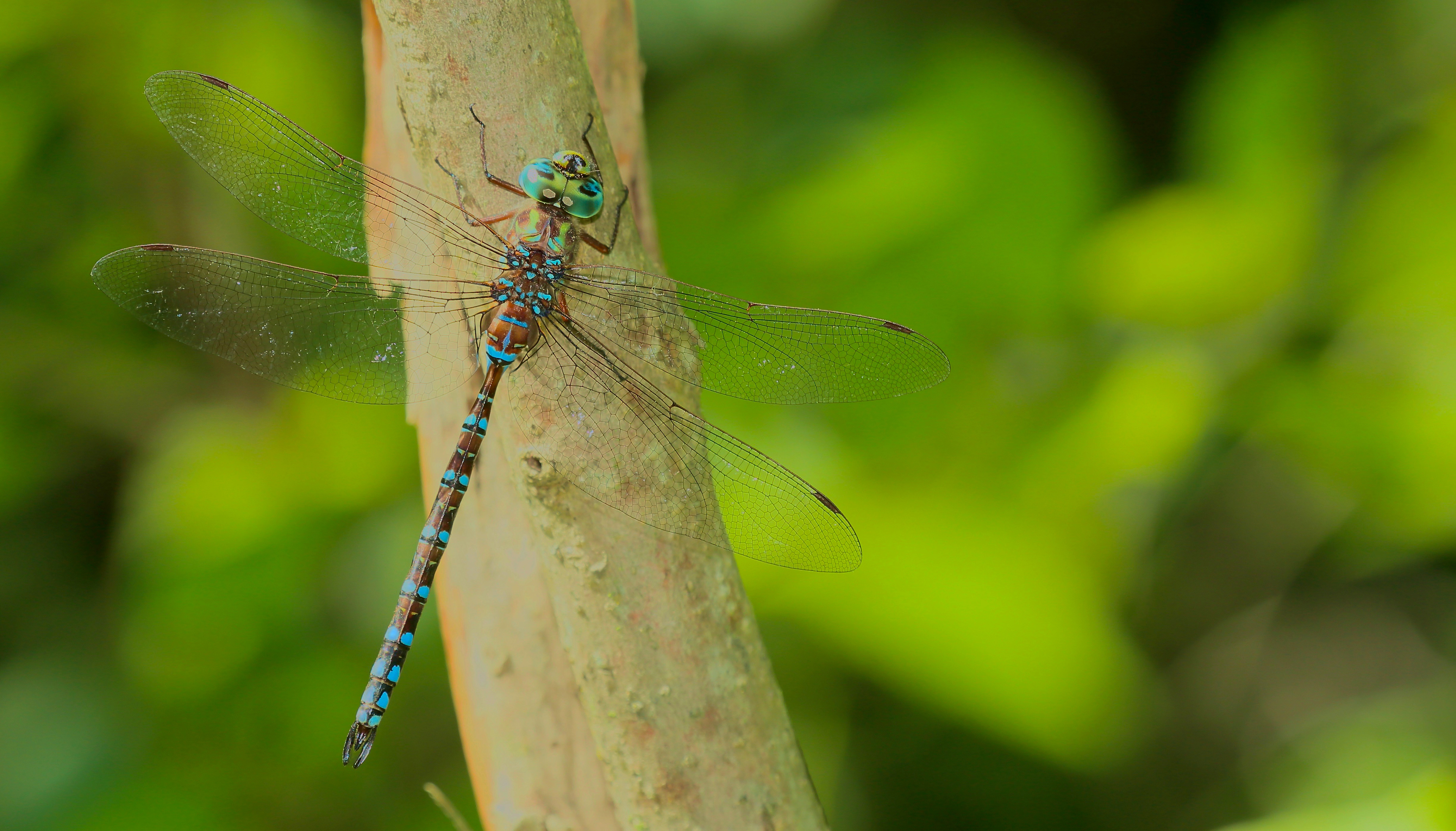