Today’s Jesus and Mo cartoon, “smug”, came with the email note, “Jesus is worried about the Mars landing.”  And on the cartoon page itself you can read, “We love it when he does that.” That of course refers to Mo’s theological malleability: 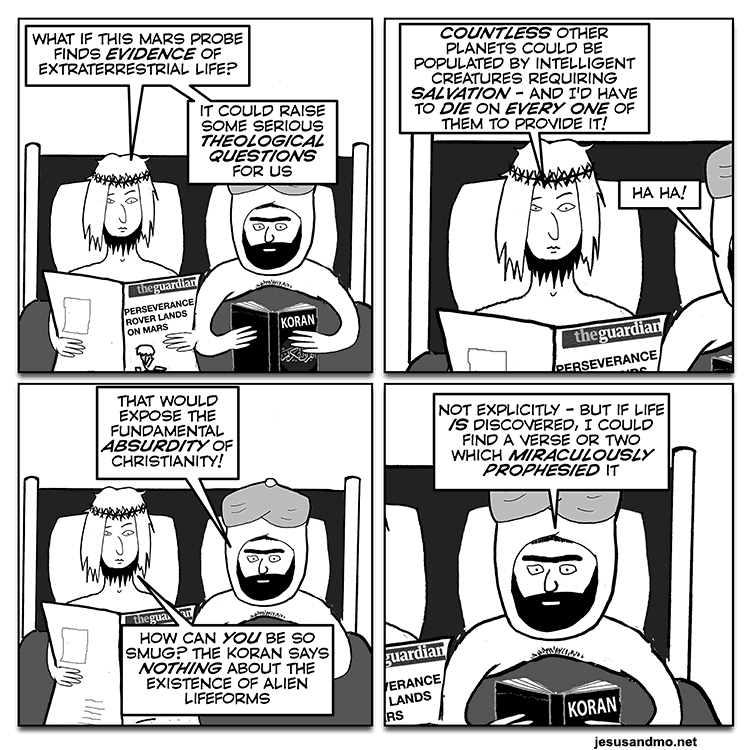 The question may seem funny, but the question of what Christians are to do with aliens has been considered by both theologians and faitheists.  One of the latter, Michael Ruse, discussed this in his book Can A Darwinian be a Christian?  (answer: of course!). I reviewed that book a wee bit critically in the London Review of Books:

Indeed, the book is a splendid example of how a trained academic can extract himself from a philosophical thicket through the relentless chopping of logic. For example, in a chapter on ‘Extraterrestrials’, Ruse wrestles with the implications for Christianity of life having evolved elsewhere in the Universe. Would this life be human-like and blighted with original sin? If so, who would save the fallen aliens? Ruse floats the possibility of an ‘X-Christ’, who could redeem sinners throughout the Universe – an intergalactic Jesus shuttling between planets and suffering successive crucifixions. ‘One has to belong to the intelligentsia to believe things like that,’ George Orwell wrote (in a quite different context). ‘No ordinary man could be such a fool.’

Ruse is an atheist, but not so much Guy Consolmagno, the head astronomer of the Vatican Observatory, who is co-author of this book. I took it out of the library but haven’t yet read it, though a quick scan shows that, as expected, it’s rife with accommodationism: 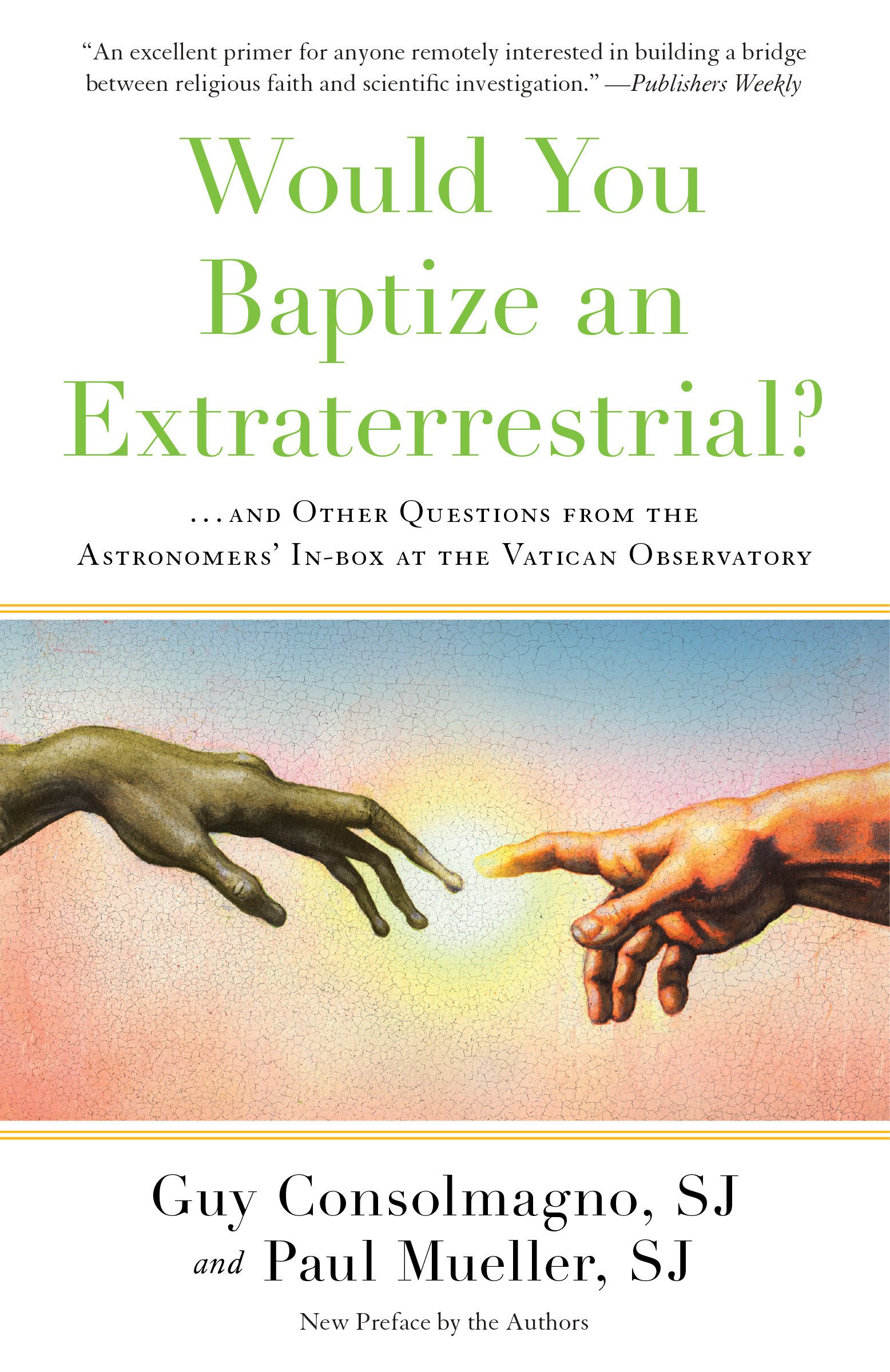