Today we have some nice photos of (be still my heart) Antarctica taken by reader Mike Hannah, an evolutionist and paleontologist at the University of Victoria in Wellington, New Zealand. Mike’s captions and narrative are indented; click the photos to enlarge them.

I have been fortunate to spend five seasons in Antarctica as a palynologist on two scientific drilling projects – The Cape Roberts Project (1997 – 1999) and ANDRILL (2006 – 2007) . These pictures are all from my association with ANDRILL – it was the only time I got my camera to work!

The first image is of the American McMurdo Station on Ross Island (where New Zealand’s Scott Base is also situated). Although I was part of the New Zealand programme, we worked and were quartered in McMurdo, which has a population of over 1000 in summer. The photo was taken from the top of Observation Hill, where  a look out was kept for Scott and his party, hoping that they would return from the South Pole. 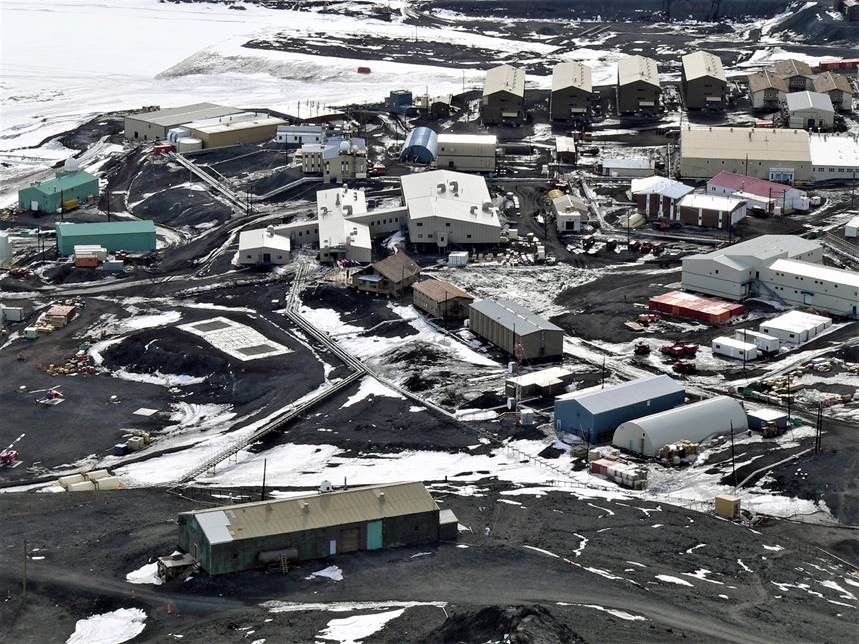 This is the view from my office window – across McMurdo Sound to the Royal Society Range – part of the Transantarctic Mountains. 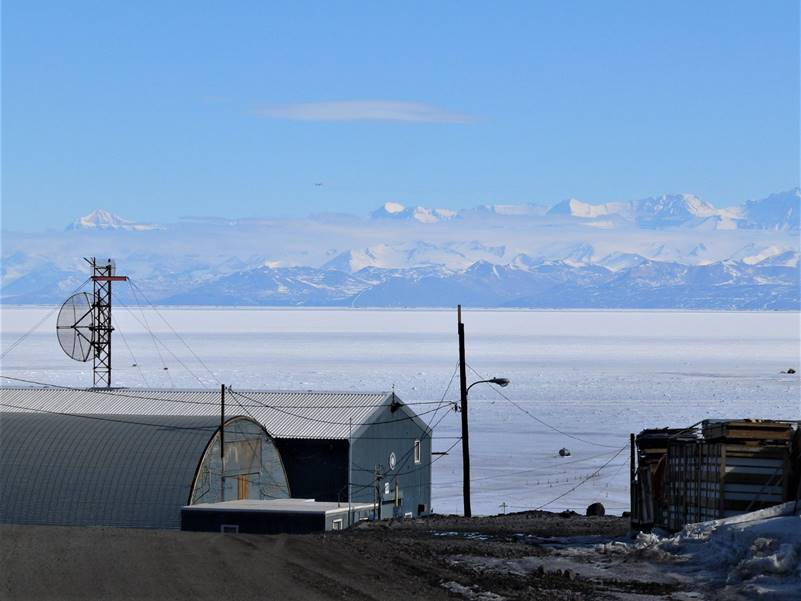 As part of the project we got to visit the Dry Valleys – areas that are snow and ice free all year round – the winds are so strong that snow can’t accumulate. Flying into the Taylor Valley, you pass several beautiful ice falls. 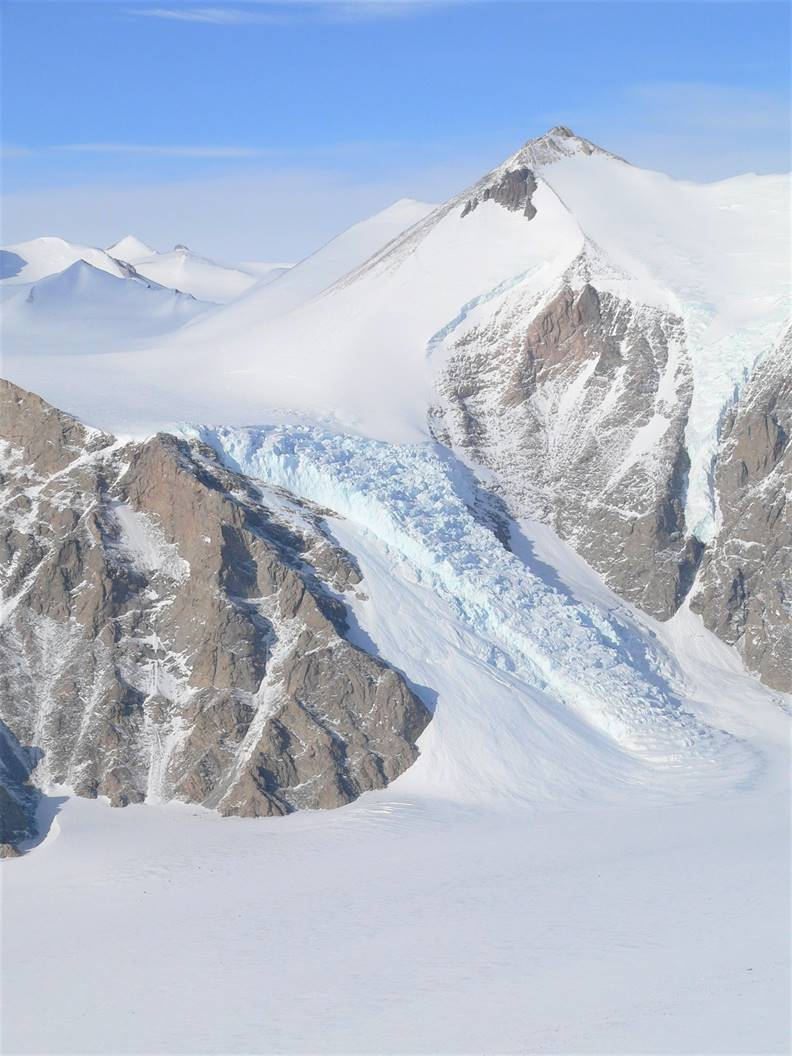 Taylor Valley itself is stunningly beautiful, much of it free from snow and ice but with hanging glaciers dripping from the margins. 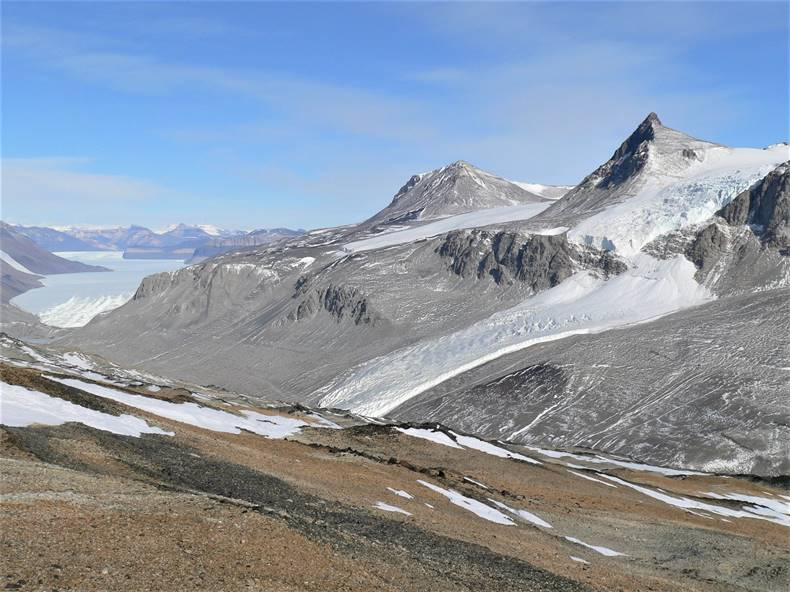 Another view of the Taylor Valley this time with the Taylor Glacier that fills one end of it, The black stripe running around the valley is the Ferrar Dolerite. The injection of this igneous rock as the supercontinent Gondwanaland broke up is associated with one of the planet’s mass extinctions. 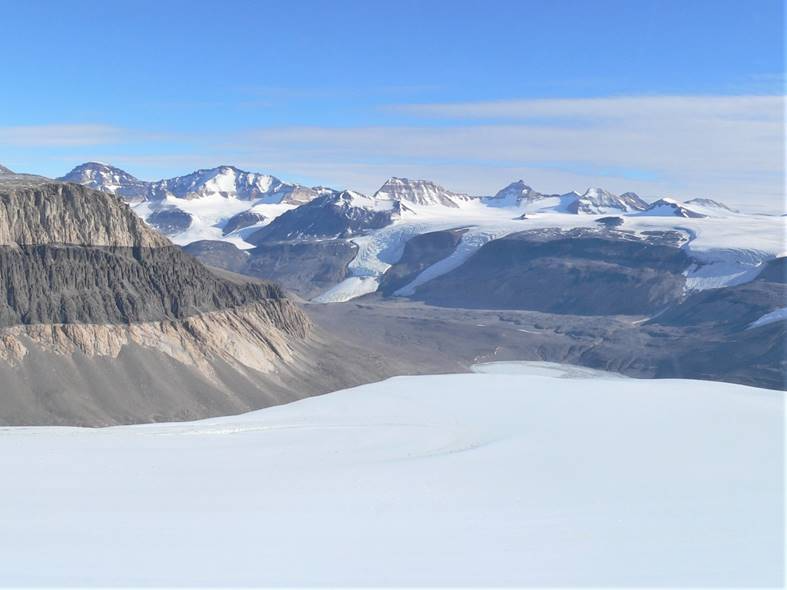 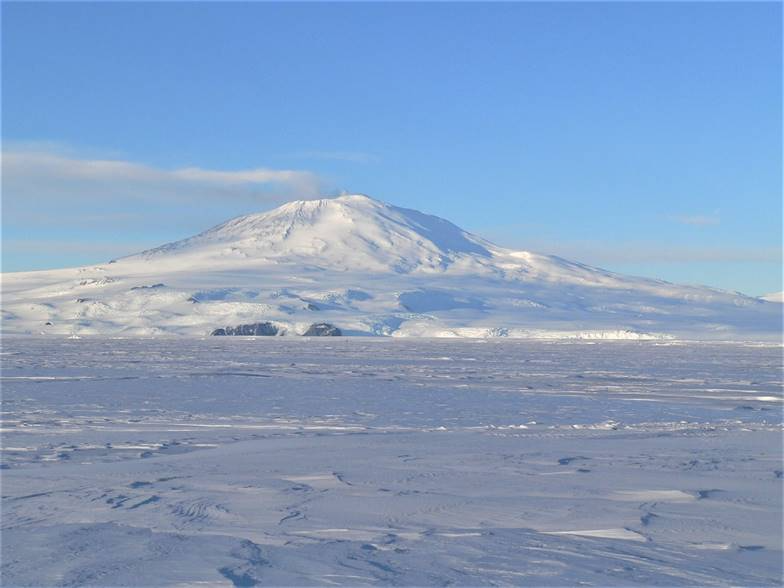 Across McMurdo sound is another volcano – Mt Discovery. I took this picture at about midnight in early January, and did not use any filters! If you look closely, there are Adelie penguins [Pygoscelis adeliae] in the foreground. 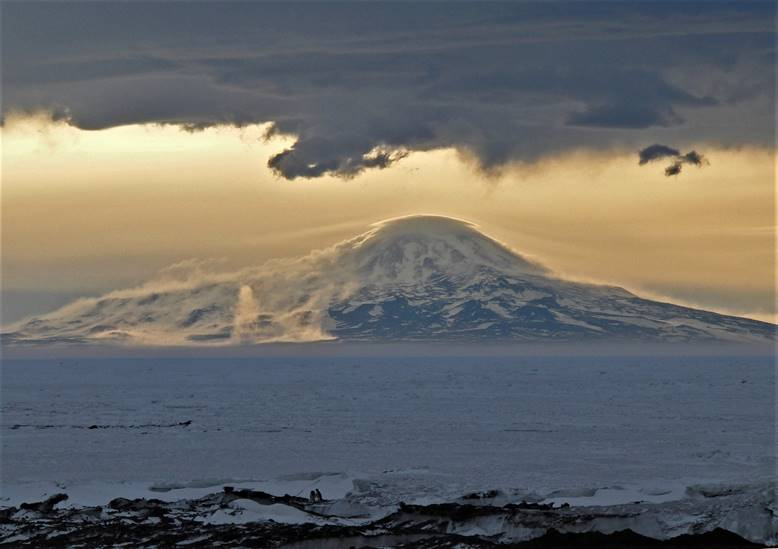 Finally, a much younger me on top of Observation Hill next to the cross erected by the survivors of Scott’s expedition in memory of Scott, Oates, Bowers, Wilson and Evans—all of whom perished on the return journey from the South Pole. The famous quote from Tennyson: ”To strive, to seek, to find, and not to yield” that they inscribed on the cross is now barely legible. 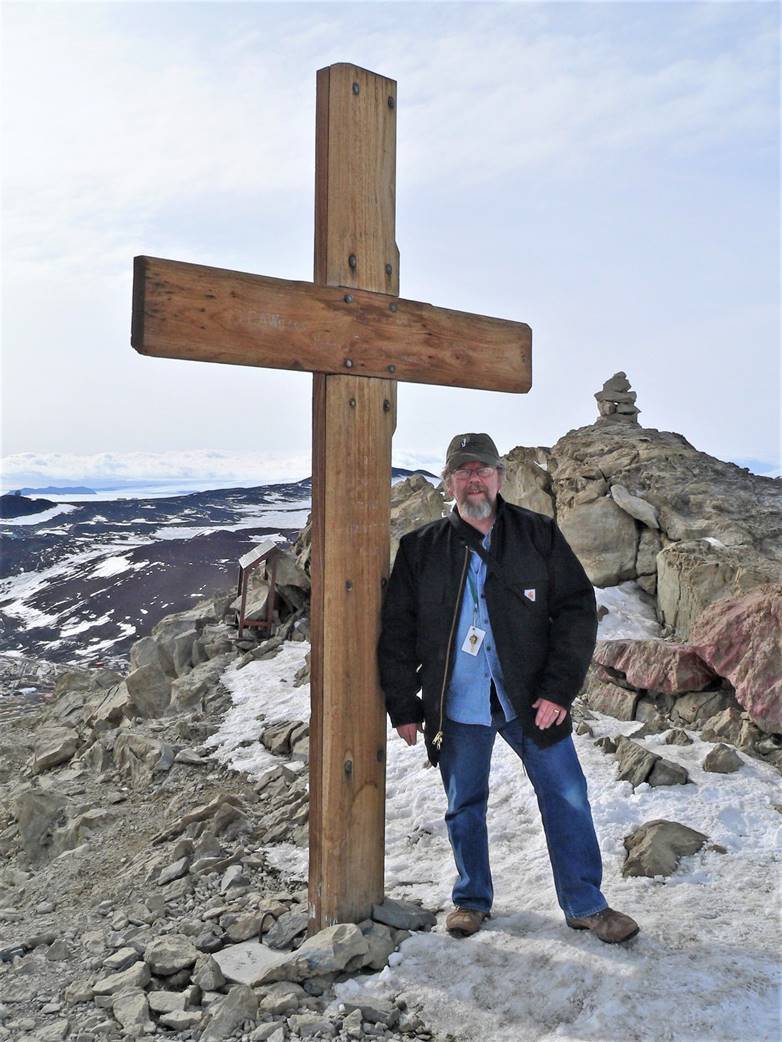