We are predicted to have freeze-thaw cycles every day for the next week, when the temperature goes above freezing during the day but mostly below at night. What this means is ICE FORMATION on the streets and sidewalks. First, the predictions for this week in Fahrenheit and Celsius respectively:

Yesterday afternoon was warm, but then it snowed a tad last night and the temperatures dipped below freezing. When I walked out of my building door this morning, I stepped straight onto the sidewalk, my legs flew out in front of me, and I landed flat on my back. OOF!  But though I’m old, I’m also tough, and no harm was done.

The sidewalks all the way to work were covered with a thin sheet of ice; no walking on them was possible. So I hied myself into the street. The streets were covered with ice, too, but there was a thin center strip of snow where the car tires don’t touch the road and melt the snow, so I gingerly picked my way to work down that center. It’s dire today, and there will be a lot of falls and accidents.  Here’s one street.  I walked on the thin, crenulated strip of snow in the middle, for treacherous ice lay on either side. 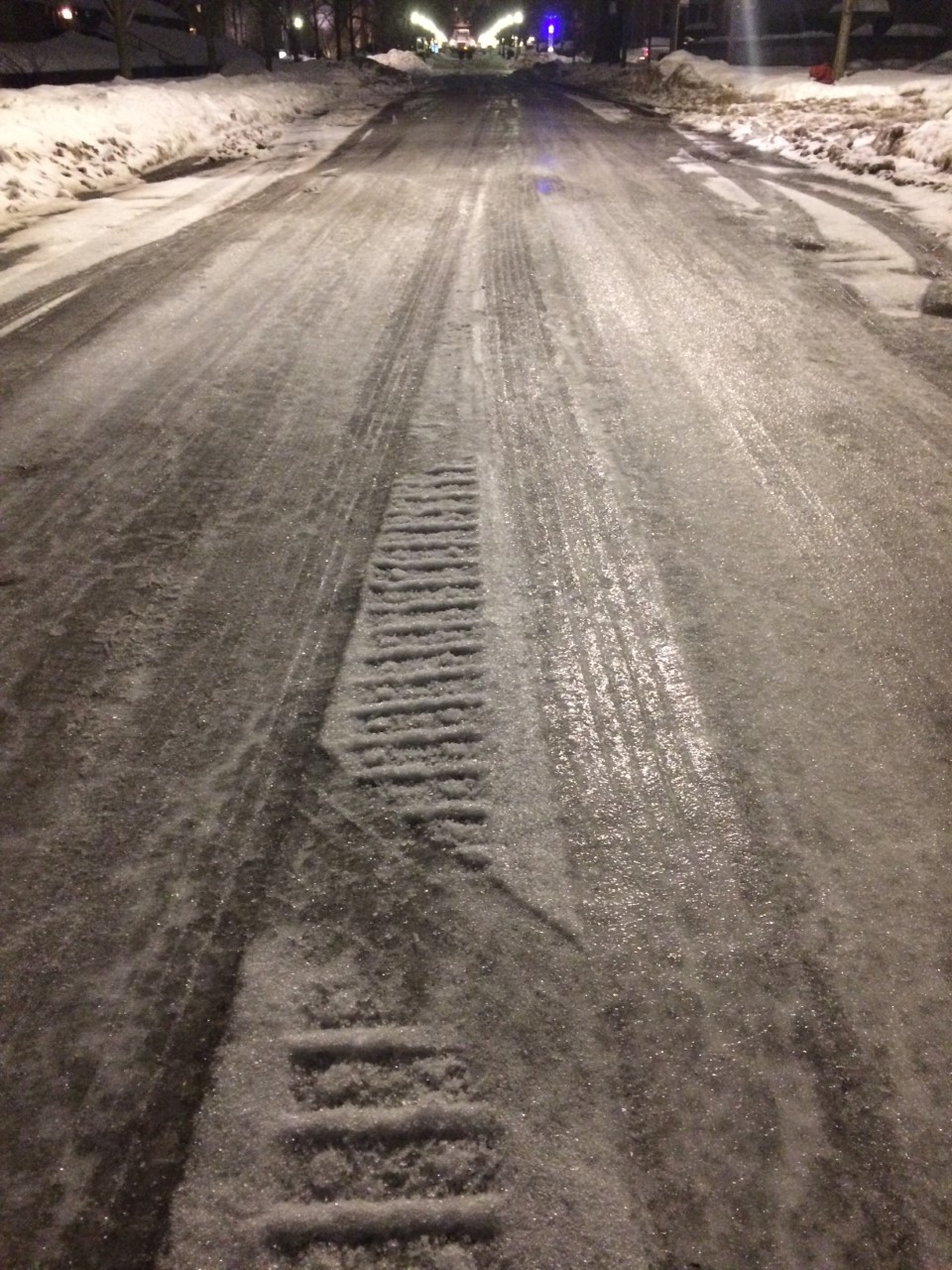 Welcome to the new week: Monday, February 22, 2021: National Margarita Day. I like them okay, but I prefer a good daiquiri. It’s also National Sweet Potato Day, ‘s Birthday, Walking the D*g Day, Be Humble Day (theologians love this one), and National Wildlife Day.

. . . a Yankton Dakota writer, editor, translator, musician, educator, and political activist. She wrote several works chronicling her struggles with cultural identity and the pull between the majority culture she was educated within and her Dakota culture into which she was born and raised. Her later books were among the first works to bring traditional Native American stories to a widespread white English-speaking readership, and she has been noted as one of the most influential Native American activists of the 20th century.

Working with American musician William F. Hanson, Zitkala-Ša wrote the libretto and songs for The Sun Dance Opera (1913), the first American Indian opera. It was composed in romantic musical style, and based on Sioux and Ute cultural themes 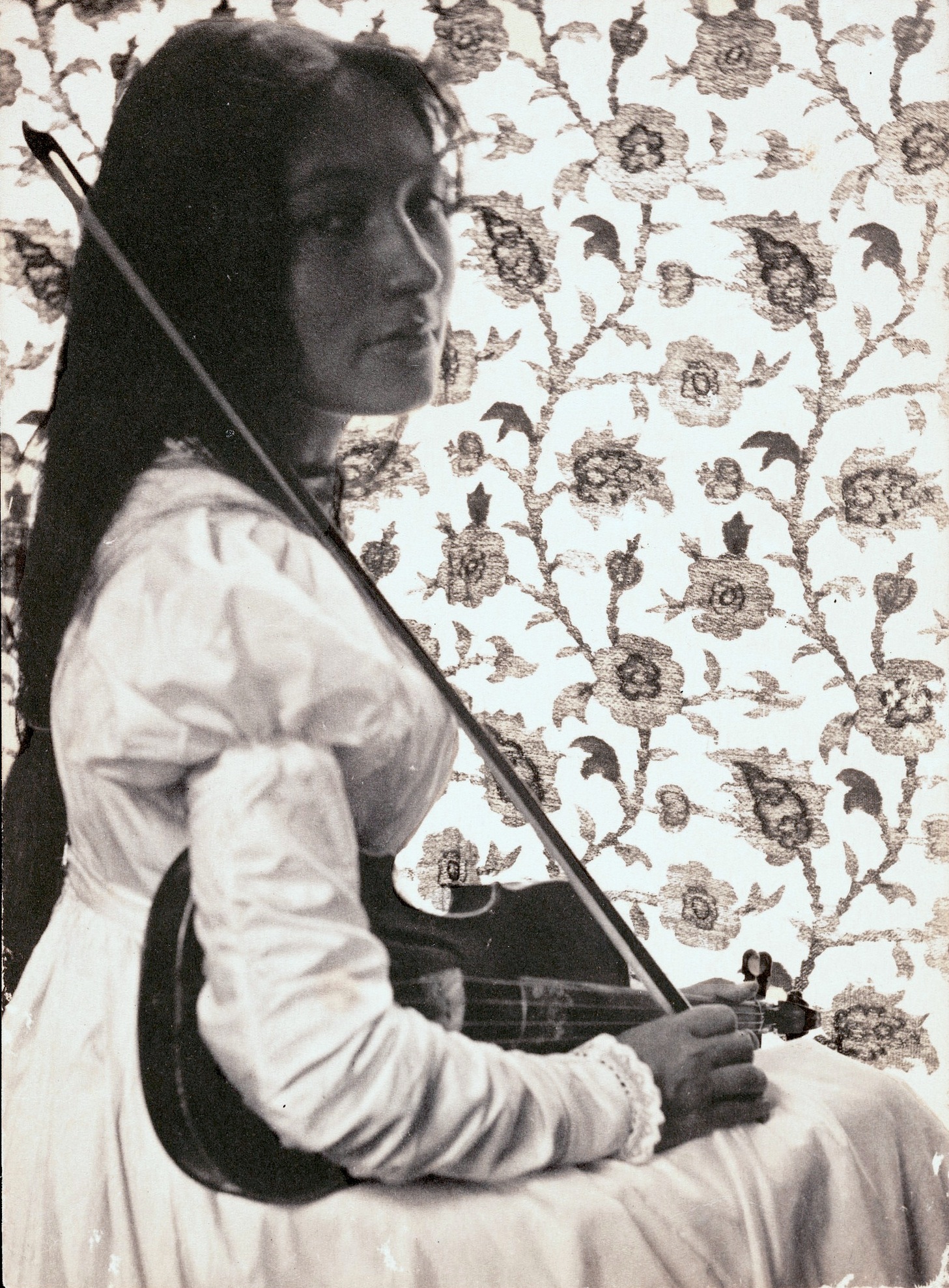 By now many of you have heard of the ginormous electricity bills that some Texans, who subscribed to private energy firms, have been saddled with after the winter storms. One poor schmo got a montly bill of $16,752, which was taken directly out of his bank account. That’s 200 times what he normally pays! He’s had to dip into his retirement savings to pay the bill. The mayor of Houston, one of the hardest hit cities, has called for Texas to pay these astronomical bills. That seems fair. (h/t Jez)

Preliminary investigations of the blown-out engine of United Boeing 777 plane that was trying to fly from Denver to Hawaii show that one or two fan blades might have broken off. An expert on last night’s NBC Evening News, however, says that such an event would not have caused the engine cowling to break off. In the meantime, United, the only carrier that uses this type of engine in the U.S., has grounded some of its 777s for inspection.

The New York Times, in its “movie’ section (?), has published a timeline of the Woody Allen/Mia Farrow case in which Allen was accused, years ago, of molesting his 7-year old adopted daughter Dylan. There’s never been enough evidence to convict or even try Allen, especially in light of other claims that Mia Farrow, enraged at Woody’s affair with Farrow’s adopted daughter Soon-Yi, coached Dylan with her accusation. The new timeline doesn’t add much to what we know already, and I’m not sure why the NYT is even doing this story, except that a new HBO “docuseries,” Allen v. Farrow, has been released. NPR says it paints a damning picture of Woody Allen but adds this:

What Allen v. Farrow doesn’t have: original interviews with Allen or anyone close to the family who might take his side. That includes Mia Farrow’s two children who have spoken in support of Allen — adopted son Moses Farrow, who has accused his mother of abuse, and Mia Farrow’s daughter who became Allen’s wife in 1997, Soon-Yi Previn. (The series notes that Allen and Soon-Yi didn’t respond to interview requests and Moses declined to participate.)

Stuff that happened on February 22 these things:

The Brits who guarded the fish were ready, though, and fought off the French in two days.

See below for more information. These resisters are heroes—imagine opposing the Nazis as a German in 1943! They were caught throwing leaflets into a lobby from the floors above, and executed on the same day that the Nazi kangaroo court found them guilty.  Here are Sophia and Hans (right): 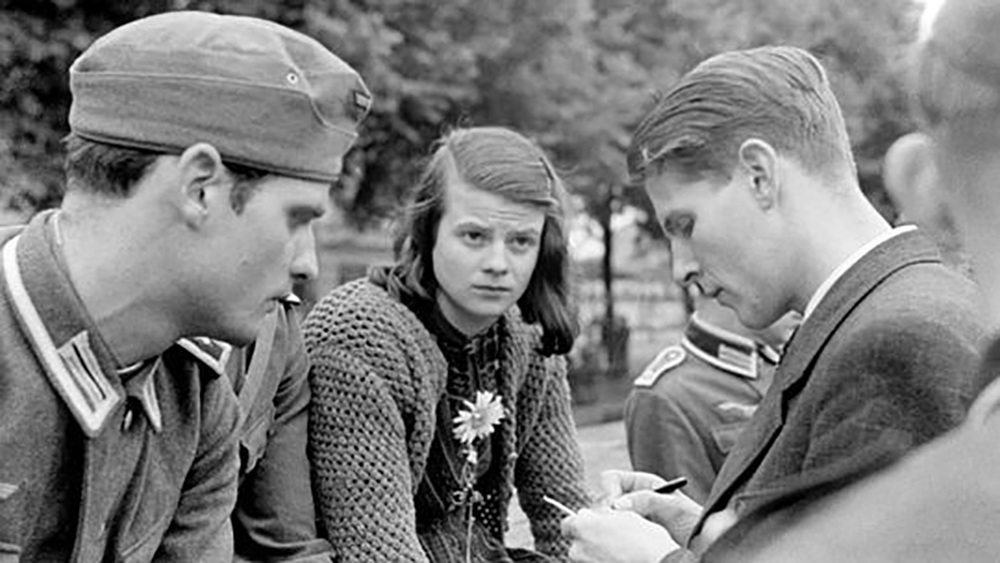 In February of 1943, the [White Rose group] was apprehended when leaving pamphlets in suitcases all across the University of Munich. Sophie took to a balcony that overlooked a courtyard and scattered reams of flyers as students exited classes. Her action was witnessed by the school’s janitor, who reported Sophie and Hans to the Gestapo. After being interrogated for nearly 24 hours, Sophie emerged from questioning with a broken leg but a steely spirit. She was quoted as saying, “I’ll make no bargain with the Nazis.”

The students’ hearing began a mere four days after their arrest and, because all pled guilty, they were not allowed to testify. Still, Sophie did not sit quietly throughout the proceedings. She interrupted the judge throughout, with statements like: “Somebody had to make a start! What we said and wrote are what many people are thinking. They just don’t dare say it out loud!” and “You know the war is lost. Why don’t you have the courage to face it?”

She was allowed one official statement: “Time and time again one hears it said that since we have been put into a conflicting world, we have to adapt to it. Oddly, this completely un-Christian idea is most often espoused by so-called Christians, of all people. How can we expect righteousness to prevail when there is hardly anyone who will give himself up to a righteous cause? I did the best that I could do for my nation. I therefore do not regret my conduct and will bear the consequences.” She and her fellow defendants were sentenced to death by execution, which was carried out within hours of the decision. On the back of Sophie’s indictment, she wrote the word “Freedom”. Her reported last words were, “Die Sonne scheint noch”—”The sun still shines.”

You can hear those words in the video clip below:

Gorey was a well known ailurophile, and reader Jon sent a lovely photo attesting to that: 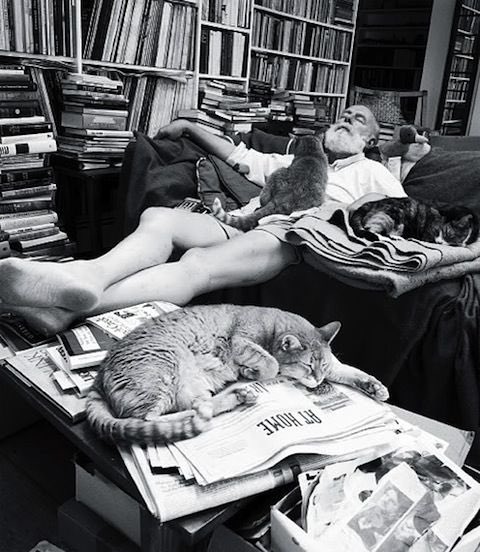 Those who began pining for the fjords on February 22 include:

Sopie Scholl and her “conspirators” Probst and brother Hans were guillotined with the day after she’d been found guilty of treason. Here’s a tribute to her from the Auschwitz Memorial (h/t Mtthew).

22 February 1943 | Sophie and Hans Scholl & Christoph Probs were executed in Germany for their public resistance against the Nazi regime. They were members of White Rose movement called for active opposition to the Nazi party. https://t.co/4AMOXwj209 pic.twitter.com/yB3Yhbaa8v

Here’s a fairly accurate video of her last farewell to her brother and Probst, the pronouncement of her sentence, and her immediate execution (no gore). From the movie “Sophie Scholl: The Final Days” (2005). The full film is free on YouTube. This ending is very moving. 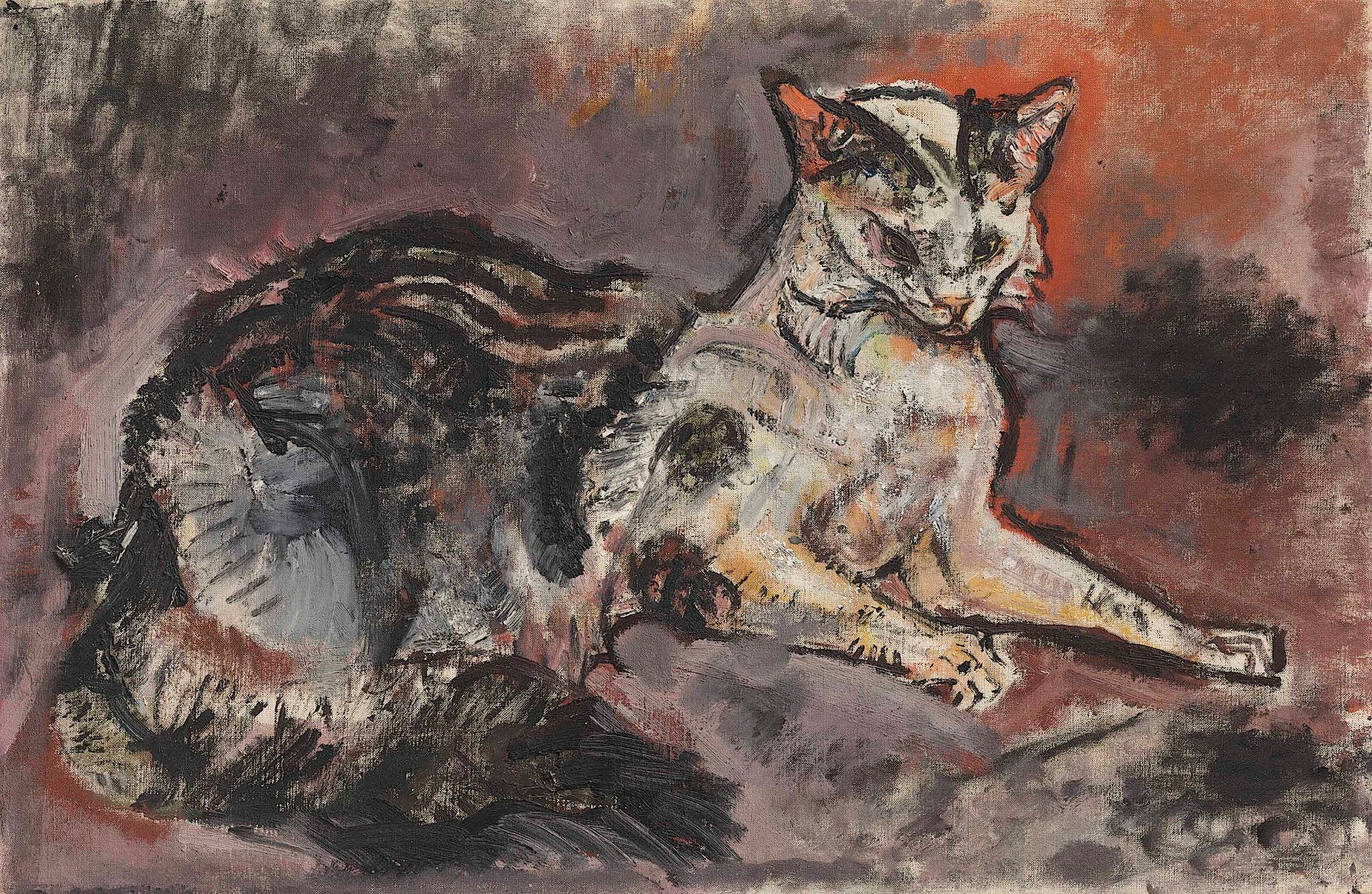 Meanwhile in Dobrzyn, Hili is prognosticating:

Hili: If I see correctly, tomorrow will be the next weekday.
A: It’s possible. 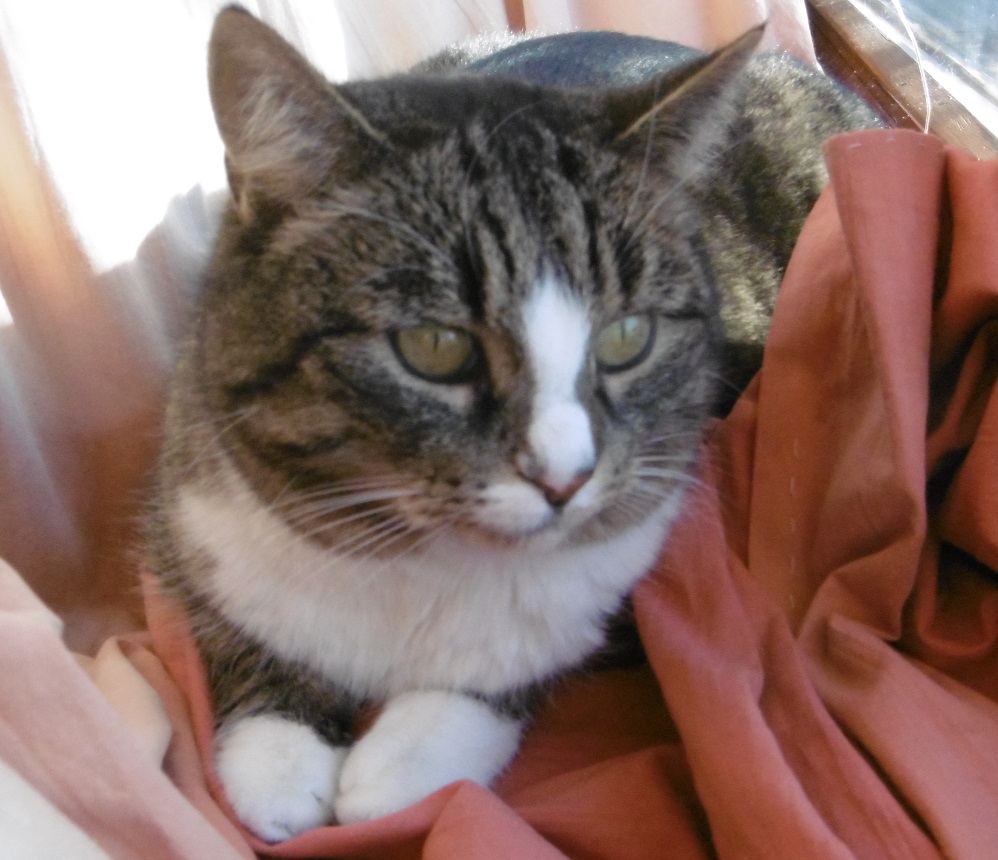 And in nearby Wloclawek, Leon is hibernating, which is why we haven’t had a monologue from him in a while.

Leon: Is it spring yet? 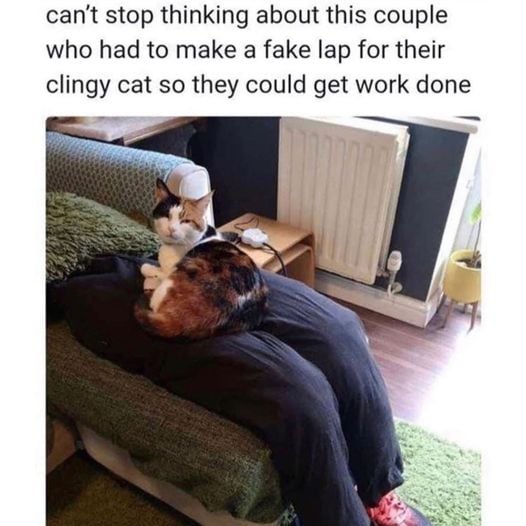 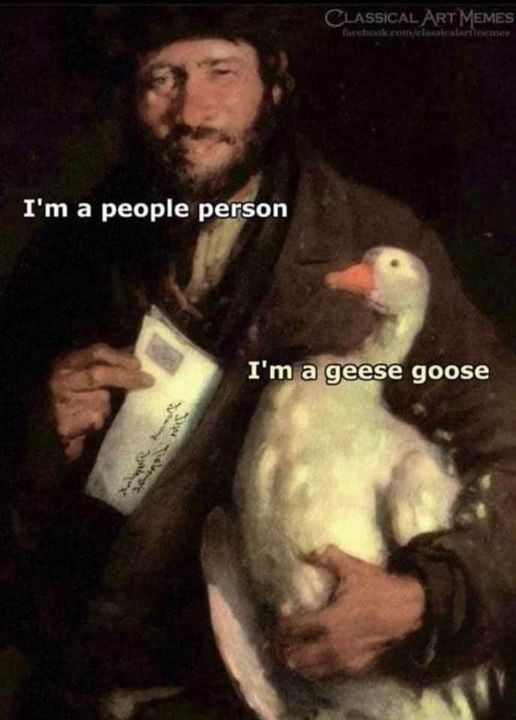 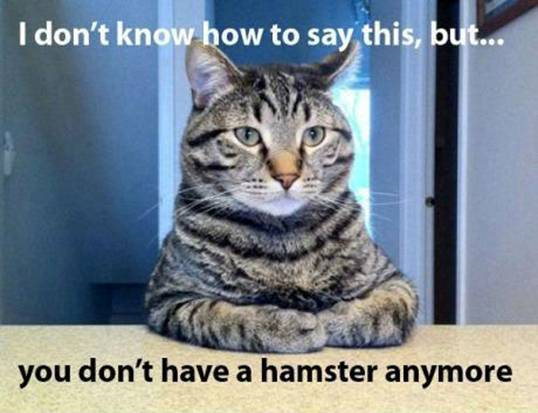 From Titania. Coca-Cola has obviously been learning from Robin DiAngelo:

Which is the best ever @CocaCola advertising slogan?

A tweet from Isabelle, who points out that this woman is worth $850 million, yet she’s kvetching about oppression by The Patriarchy:

The Patriarchy continues to try to crush my neck with their heavy boots, cut off my life force and take away my voice—Even those who call themselves artists…………..You know who you are!!! DEATH TO THE PATRIARCHY! Now and Forever. #riskwhatyouvalue #valuewhatyourisk pic.twitter.com/A5BtfIIFNR

Ginger K. asks, “Why would anybody throw a book in the trash?” Good question.

Garbage collectors in Ankara open a library with books rescued from the trash. "The only regret the men have, is that they didn't start collecting sooner."https://t.co/wWpWAeFA2H pic.twitter.com/hDNEUhuMNt

Me for the past year. #Caturday pic.twitter.com/Jpx0jjaq1I

Tweets from Matthew. Look at this demon cat!

I was glad to hear that the Perseverance Rover is okay and that its silence didn’t mean that something was wrong. Here’s NASA’s explanation along with some photos (one of the rover’s tire):

As @NASAPersevere instruments come online, we are using processes and lessons learned from @MarsCuriosity. Thanks for all your interest and your patience! It will be worth the wait! pic.twitter.com/3iAa70WQqO

Look at these beautiful Mandarin ducks (Aix galericulata)—the prettiest duck species in the world. The sexual dimorphism is extreme. If you want more, go to the YouTube video.

Sunday morning Narnia. Mandarin ducks in Richmond Park are transporting us through a gate to an oriental garden.
If 2 minutes is not enough, twice as long video on YouTube https://t.co/5o8zlL5UwQ pic.twitter.com/txAGDq5Aex