It’s the cruelest day of the week: Tuesday, and February 9, 2021, also known as National Pizza Day. It’s also Chocolate Day, Extraterrestrial Culture Day, and Read in the Bathtub Day (I much prefer showers and can’t remember the last time I took a bath, which I do only when injured and need to soak. I was permanently traumatized as a child when my dad, who abjured baths, told me, “Why would anybody want to sit in their own schmutz?”)

It’s also cold—probably the coldest week of the year. And there will be no letup.  It snowed yesterday and it’s currently 6°F (-14°C).  Here are the predicted high and low temperatures for this week in Chicago, first Fahrenheit and then Celsius:

In this dire weather, I’m constantly fretting about where my ducks are, and whether they are cold and/or starving.

Here’s Professor Ceiling Cat on his walk to work this morning. (Note Wright’s Robie House in the background.) WHO’S a good boy? 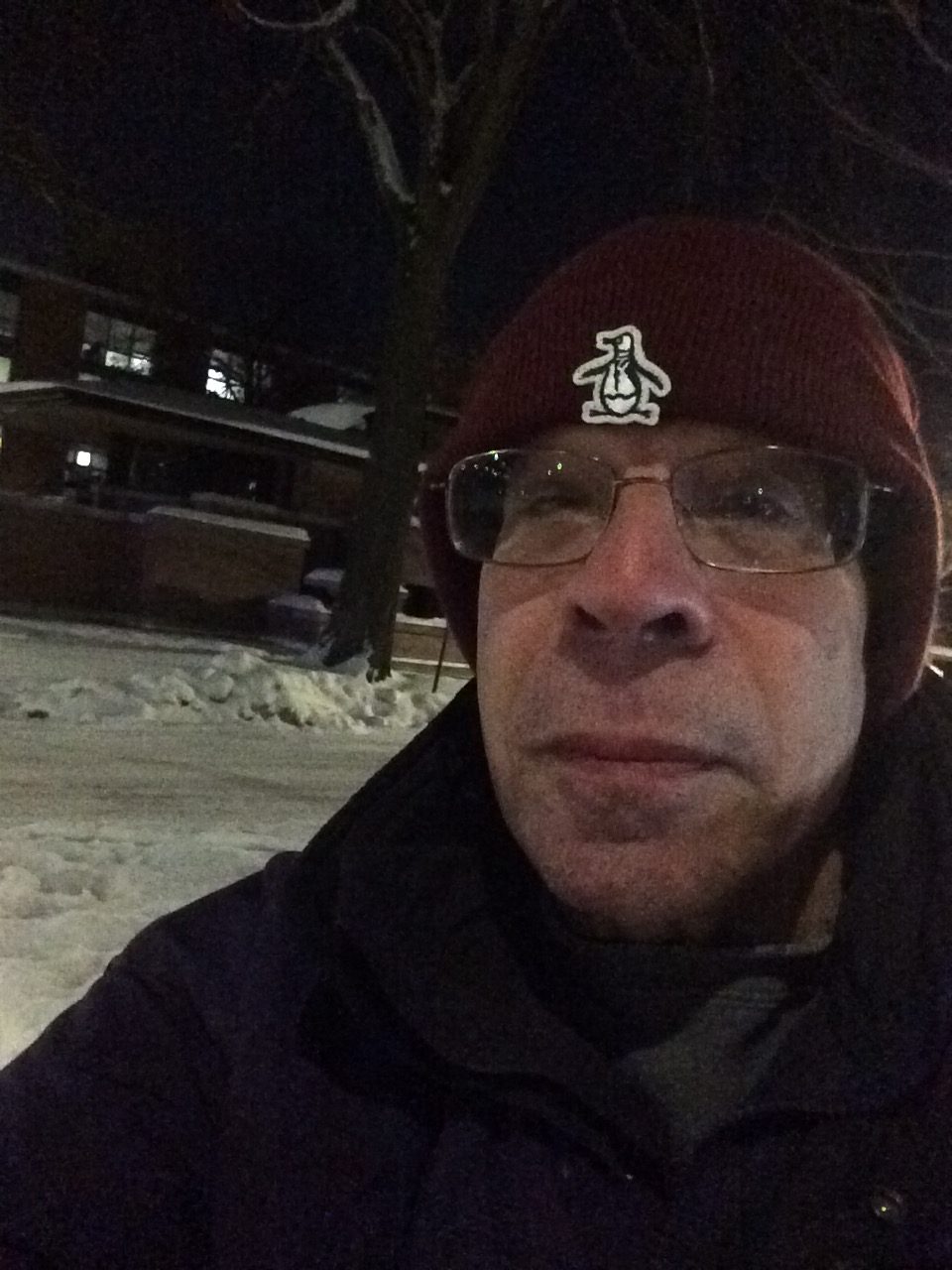 It’s Impeachment Day! Mitch “666” McConnell and Chuck Schumer have agreed on the timing and protocols in the trial, expected to start today and last 1-2 weeks.  You can read the formal rules here; each side has 16 hours to present its case, and there may be a debate and a vote on whether to call witnesses.  Today there are some preliminaries, and then the House presents its case on Wednesday, with Trump’s lawyers then given two days to exculpate the Guilty. They’ve already submitted a brief to dismiss the case because, they argue, impeachment is “unconstitutional” for an ex-President. The House “impeachment managers,” aka The Prosecution, rejected the brief.

Here’s a relevant cartoon from reader Pliny the In Between’s Far Corner Cafe: 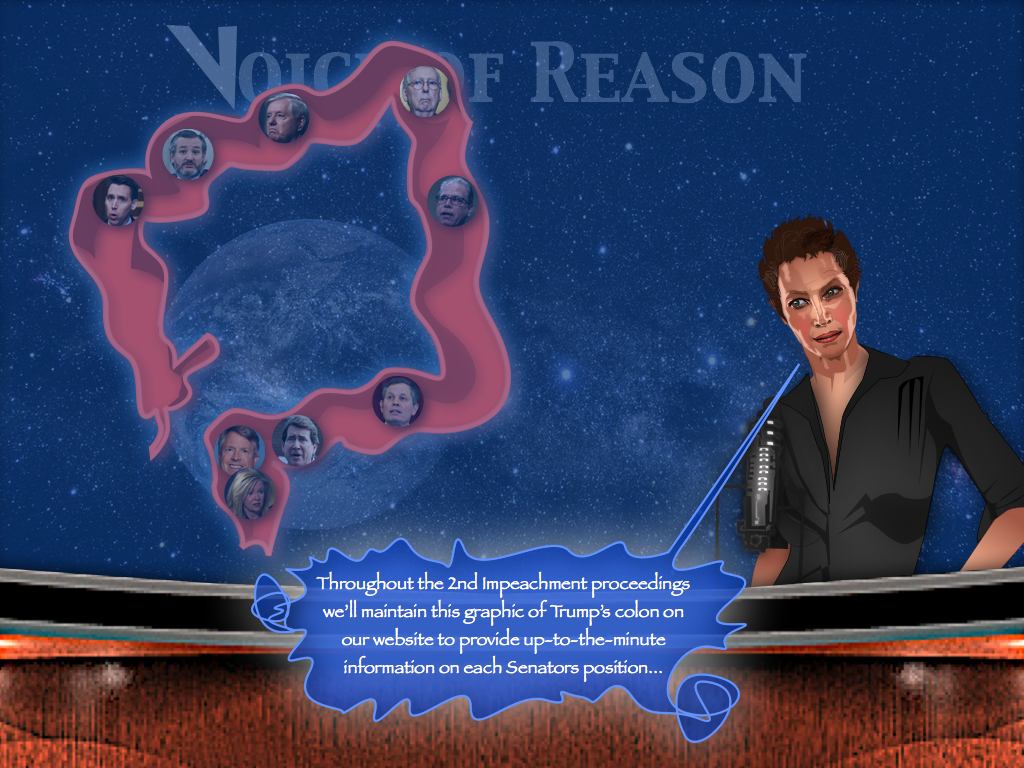 A report at NPR suggests that the new “spreader” strains occurring in the coronavirus may have formed in patients who were persistently infected because of immune-system defects. That would allow the virus to build up and exchange mutations to arrive at a strain highly resistant to our immune system. While South Africa has suspended the rollout of the AstraZeneca/Oxford vaccine on the grounds that it doesn’t work well against the “South African” variant of the virus. Various studies are confusing. What is sad is that this was the vaccine that was going to halt the pandemic in South Africa.  The mRNA vaccines by Pfizer and Moderna, at least so far, appear effective against the new variant strains.

According to the New York Times, the U.S. is weighing requiring a negative coronavirus test before any air travel within the U.S. Mayor Pete, now Secretary of Transportation, is in charge of that, and I have doubts about that decision. For one thing, it would destroy the airline industry. A mask mandate on planes seems sufficient to me. And if you fly, you should wear a cloth mask over a surgical one.

Stuff that happened on February 9 includes:

“All in favor of Allesandro, say ay!” (That was his “secular” name.) Gregory ruled only a year and a half.

Davis was imprisoned for two years for treason after the war, and then pardoned by Andrew Johnson. He was going to be tried by a jury of 24, shown in the photo below, which included 12 blacks and 12 whites. (That trial never took place.) Davis made many trips in England hoping for a job, didn’t get one, wrote his memoirs, and died in 1885.

The first game was played on July 7, 1896, at Springfield College.

It was called “The Mud March” because it was raining and conditions were atrocious. Nevertheless, they persisted. Here’s the Daily Mirror’s headline two days after the march: 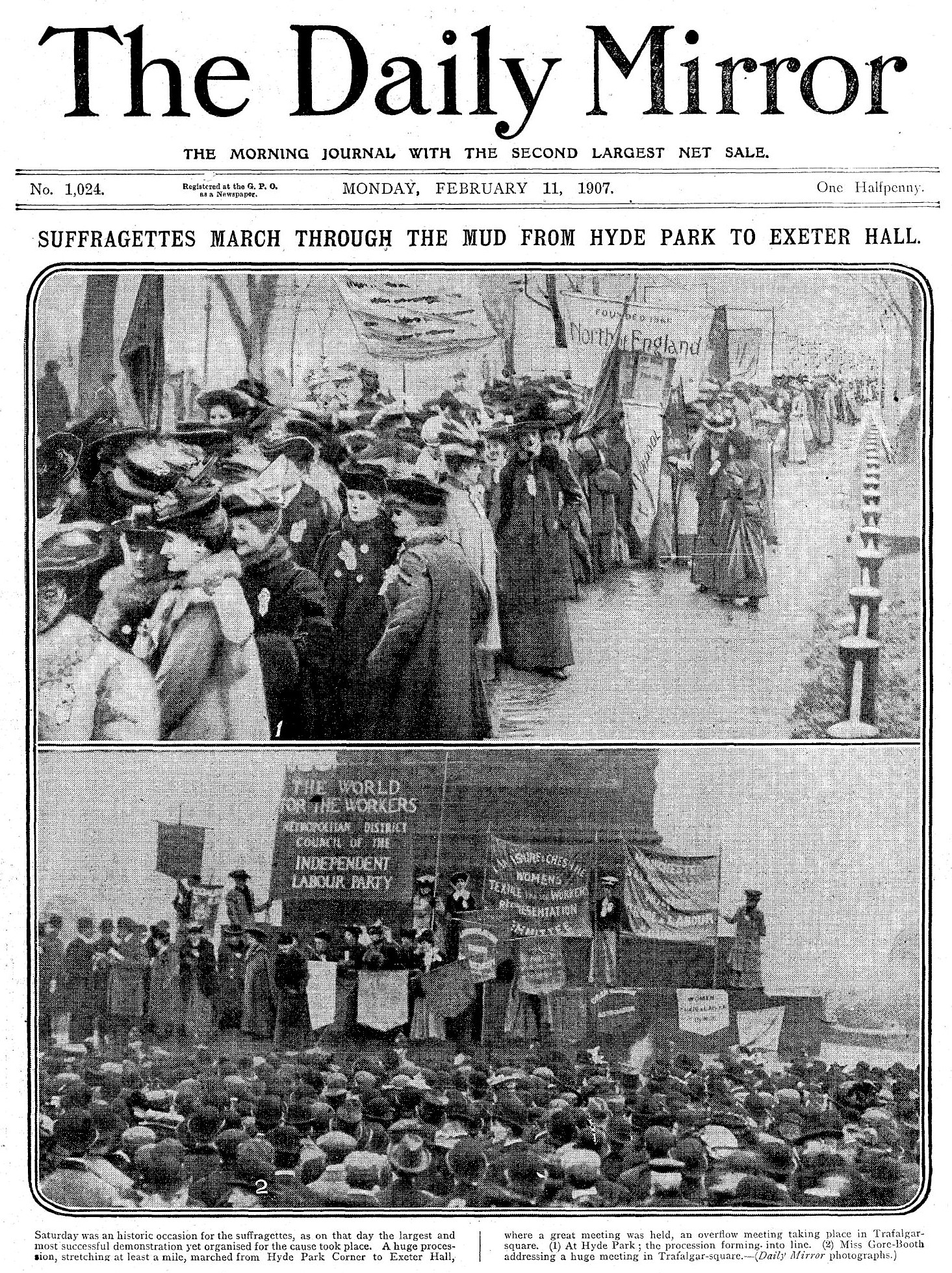 The video of this appearance isn’t on YouTube or Vimeo, so I can’t embed it. But if you click on the screenshot below, you can see this performance on a Facebook video: 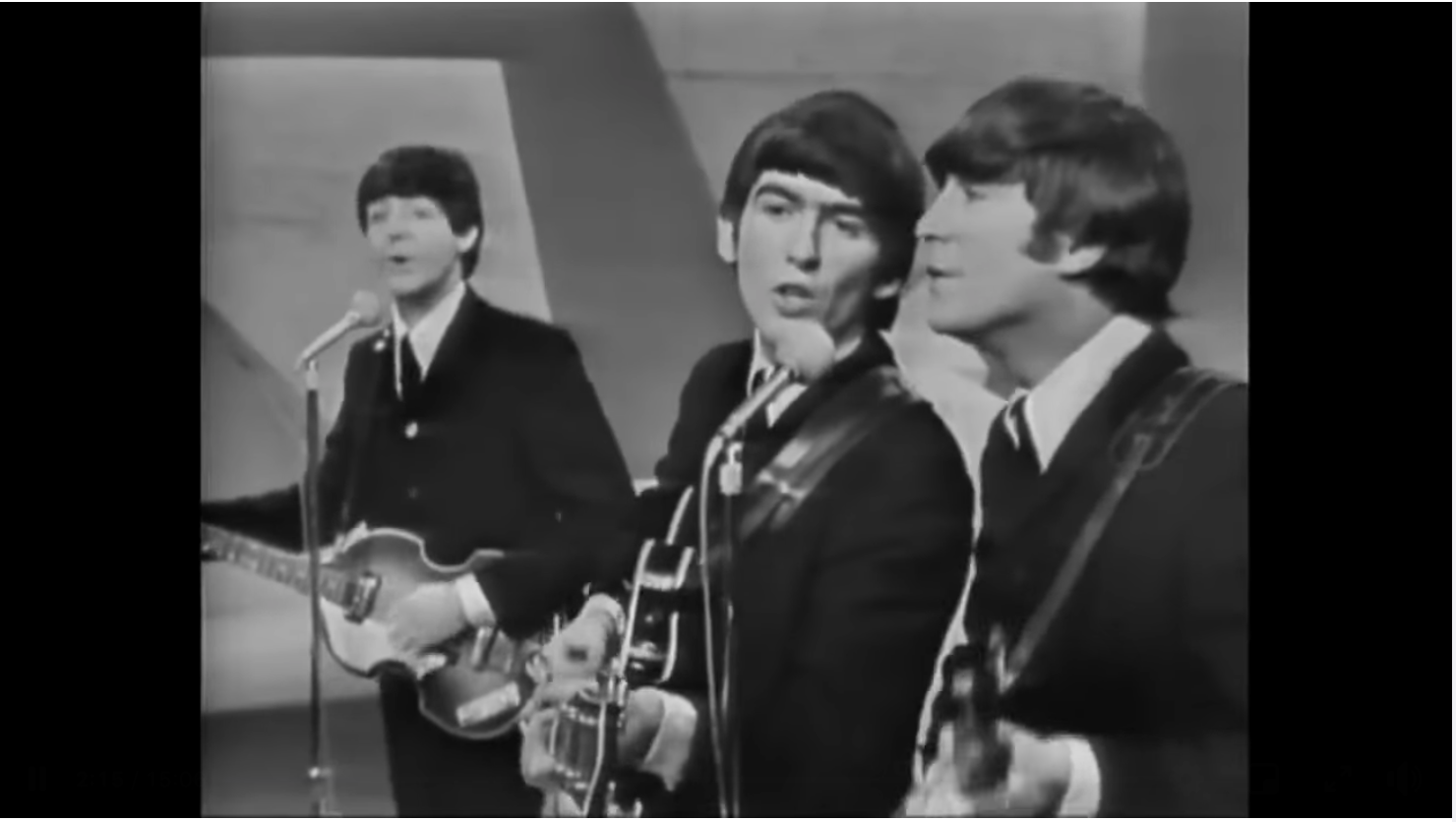 It is a great shame that Satchel Paige didn’t get to play in the major league (it was segregated) until he was over 40. His won/loss record in the Negro League was 146-64.  As Wikipedia notes, “On town tours across the United States, Paige would sometimes have his infielders sit down behind him and then routinely strike out the side.” Here’s a short documentary:

This element was created in the lab and its most stable isotope has a half-life of only 28 seconds.

Miranda was of course known for her “fruit hats”. Here she performs “Chica Chica Boom Chic” for the 1941 film “That Night in Rio“. A heavy smoker, she died at 45 of a heart attack. Did you know that she had an affair with John Wayne?

Remember this scene from Goodfellas?

Those who dropped dead on February 9 were few, and include:

Here’s Dostoyevsky’s death mask that I photographed in his apartment (now a museum) in July, 2011. If you’re ever in St. Petersburg, you must go to his flat, which is as he left it when he died. Go have a look at my post about visiting the place, written shortly after I returned from a meeting in Russia. 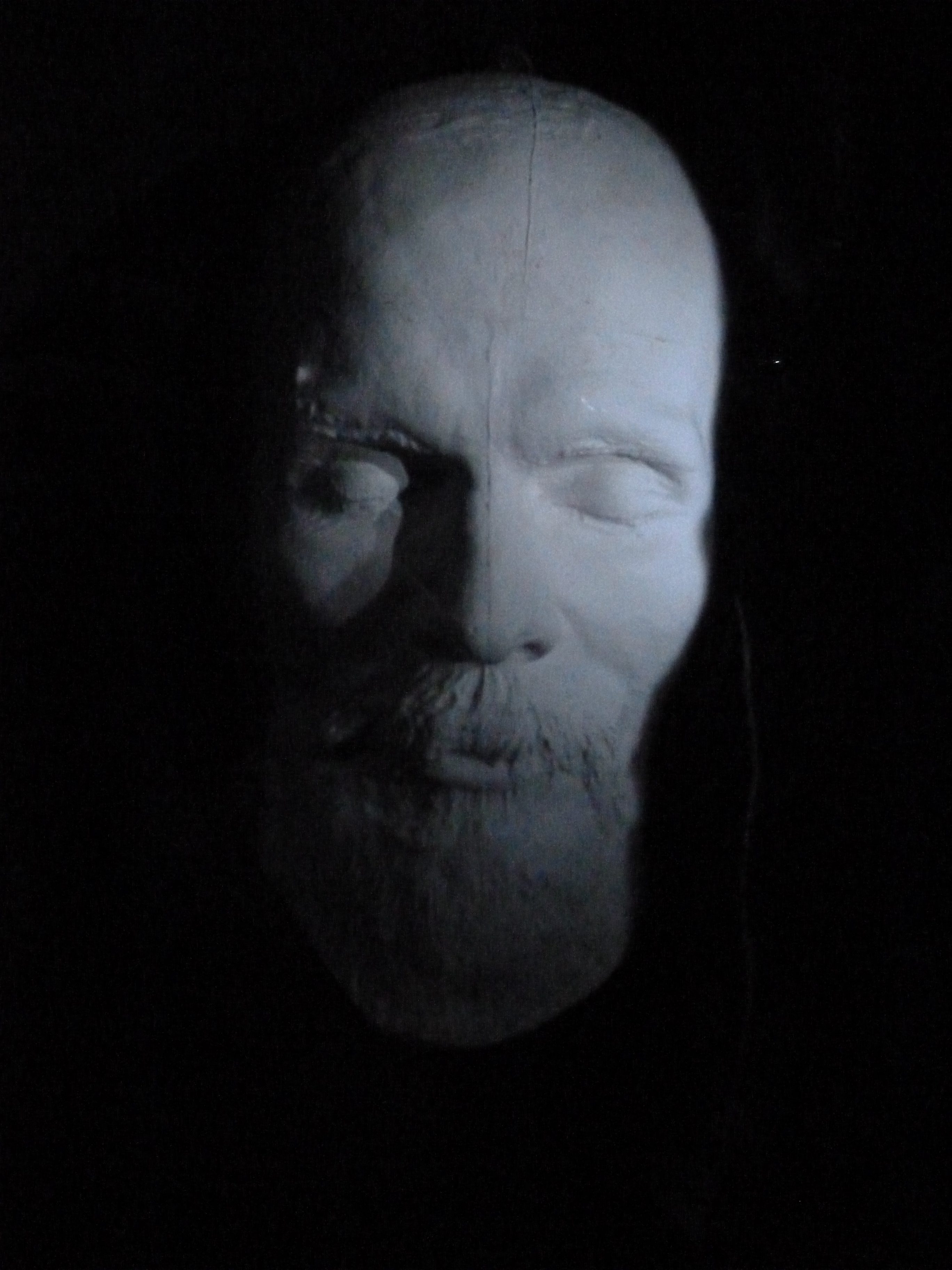 Meanwhile in Dobrzyn, Hili’s appropriated Andrzej’s coat as a blanket: 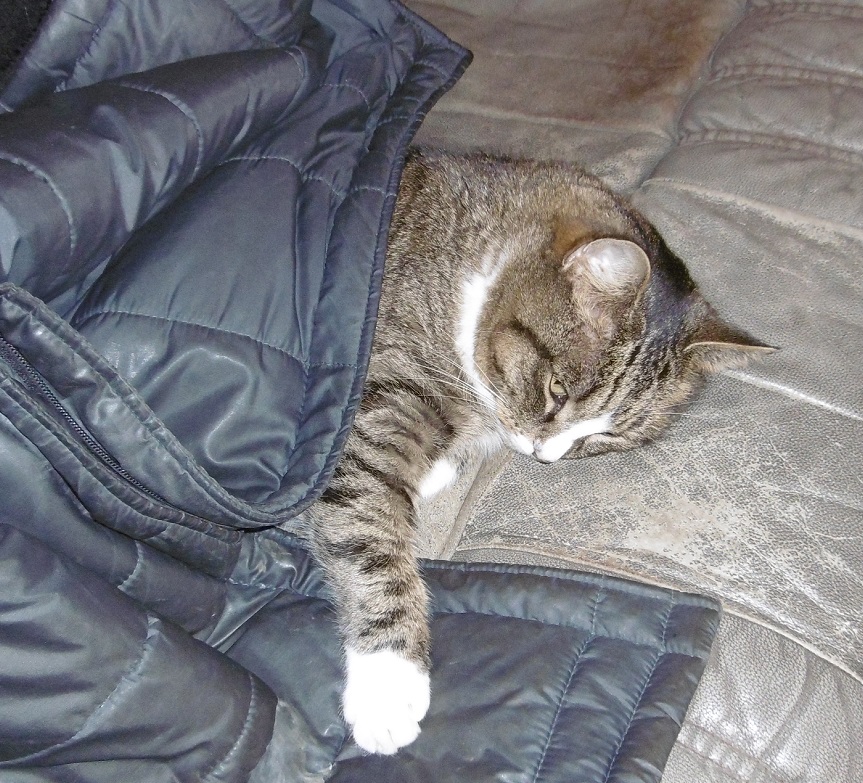 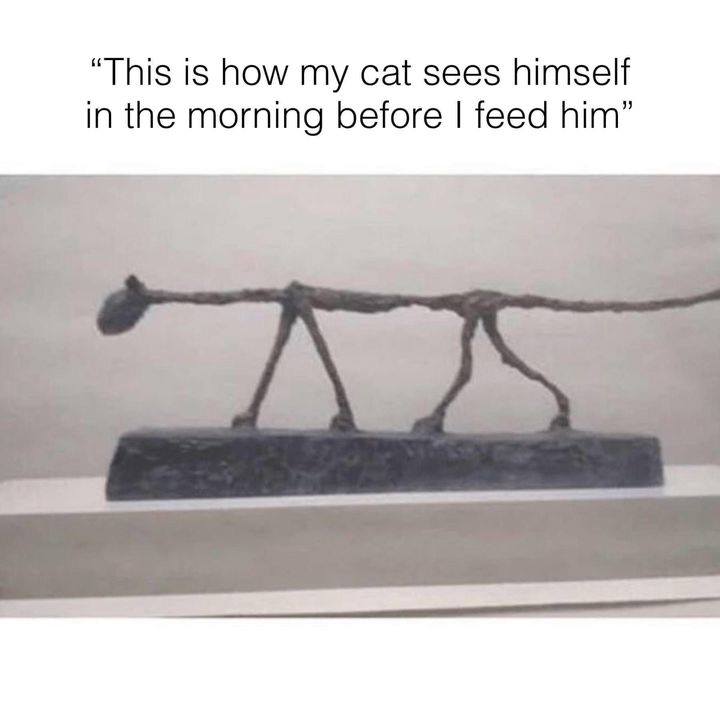 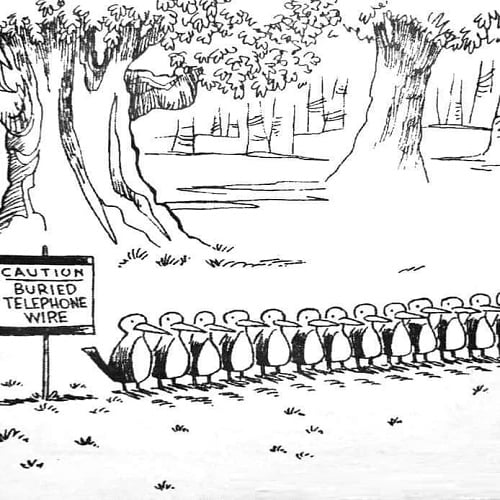 From Stephen, clearly a response to Marjorie Taylor Greene’s insane claim that California wildfires were set by Jewish-controlled space lasers designed to clear land for a high-speed rail system: 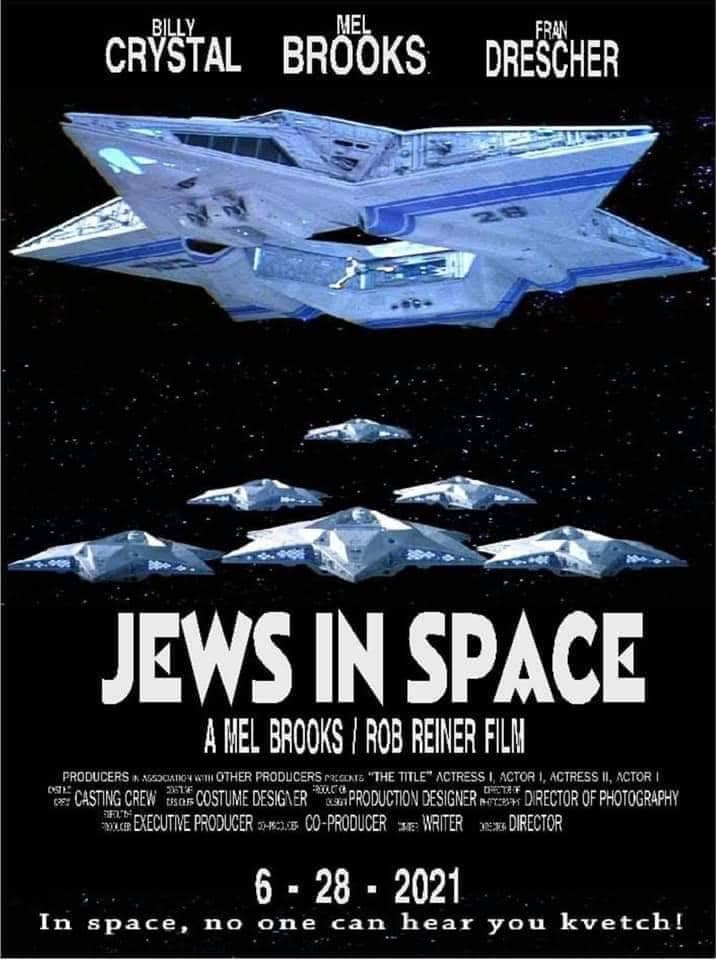 From Titania. I don’t know who this guy umairh is, but but his Twitter feed shows that he’s a). woke, b). obsessed with d*gs, and c). tweets a gazillion times a day. Combined with that tweet, it doesn’t paint a pretty picture. Coyne’s Fourth Law: anybody who tweets more than 15 times a day should not be taken seriously.

We will only achieve tolerance and unity once white people accept that they are evil, repugnant, worthless trash whose very existence is a vomit stain on the fabric of society. pic.twitter.com/l3U54SWYk5

Tweets from Matthew.  This is almost certainly a mimic of a salticid (jumping spider); I’ve put a picture of a real salticid below it.  Barklice are in their own order, and are scavengers.

When observing these barklice with the naked eye, they do look quite a bit like salticids. But up close, they just look like misaligned eyes. 😅 pic.twitter.com/6221gprcGd

Here’s a salticid from Github: 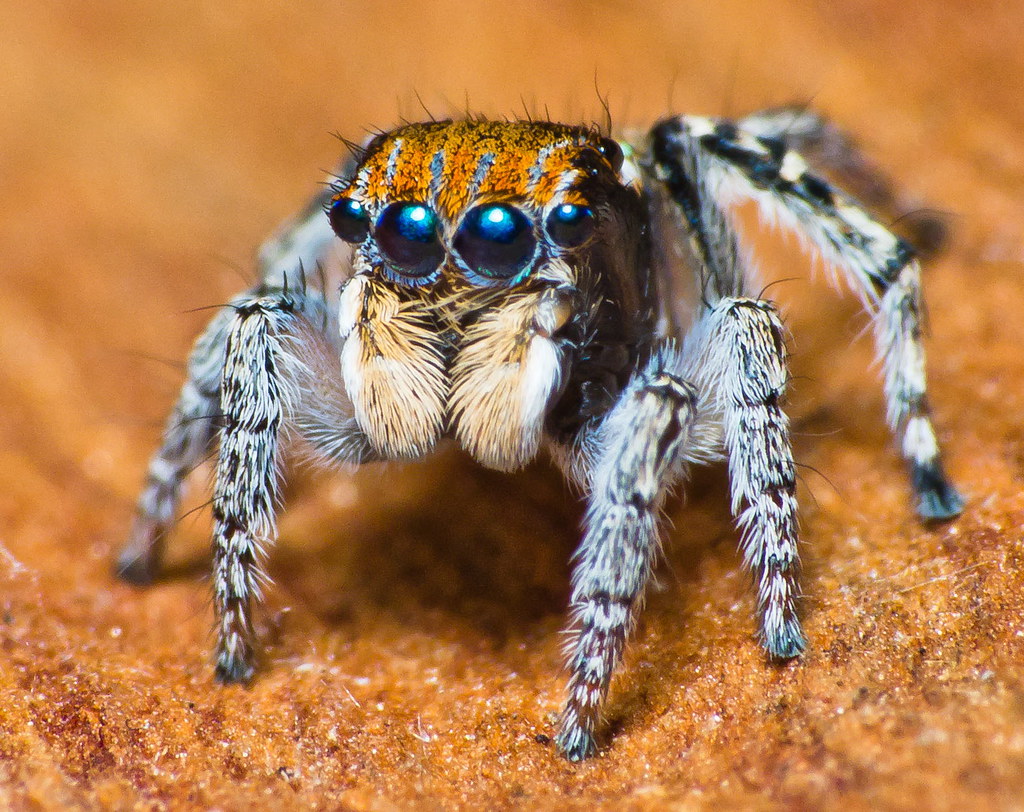 And another spider from the great arthropod photographer Nicky Bay:

Not a rare spider, but always a joy to find in the wild.

The answer to the question below is in the thread:

What ailment kills the most fruit flies?

This woman has the world’s best job. Sound up!

Never get bored of penguins getting weighed 🐧

This is a few days back, but it looks scary driving a train in a white-out. I guess you have to trust the tracks.

👷‍♂️👷‍♀️ Here's footage from the locomotive we used to plough from Dalwhinnie to Blair Atholl yesterday, to give you an idea of the conditions on the Highland Mainline. @ScotRail @LNER @ColasRailUK @DRSgovuk @transcotland @networkrail pic.twitter.com/zlfmqZAZvP

After hanging our for a while and contemplating the city it flew away. pic.twitter.com/GP9pK7NUqM