Keep sending in your photos, folks! I am getting some, but the pace is slower than usual.

Today’s contribution is from regular Mark Sturtevant, who has a single series of a fishing spider. Mark’s captions are indented, and you can enlarge his photos by clicking on them.

Here are more pictures, which mark the beginning of a rather dramatic series.

The six-spotted fishing spider (Dolomedes triton) is a large semi-aquatic spider that sits out on floating vegetation on lakes, ponds, and rivers, often far from shore according to reports. From these vegetation rafts they hunt insects and small fish. I am fortunate that they live in my area. The first picture was posted earlier in WEIT a few years ago, and it records one of my first encounters with these spiders. This big female has captured a blue dasher dragonfly (!) You can see how this sort of thing might leave a lasting impression on Arachnophiles like me! 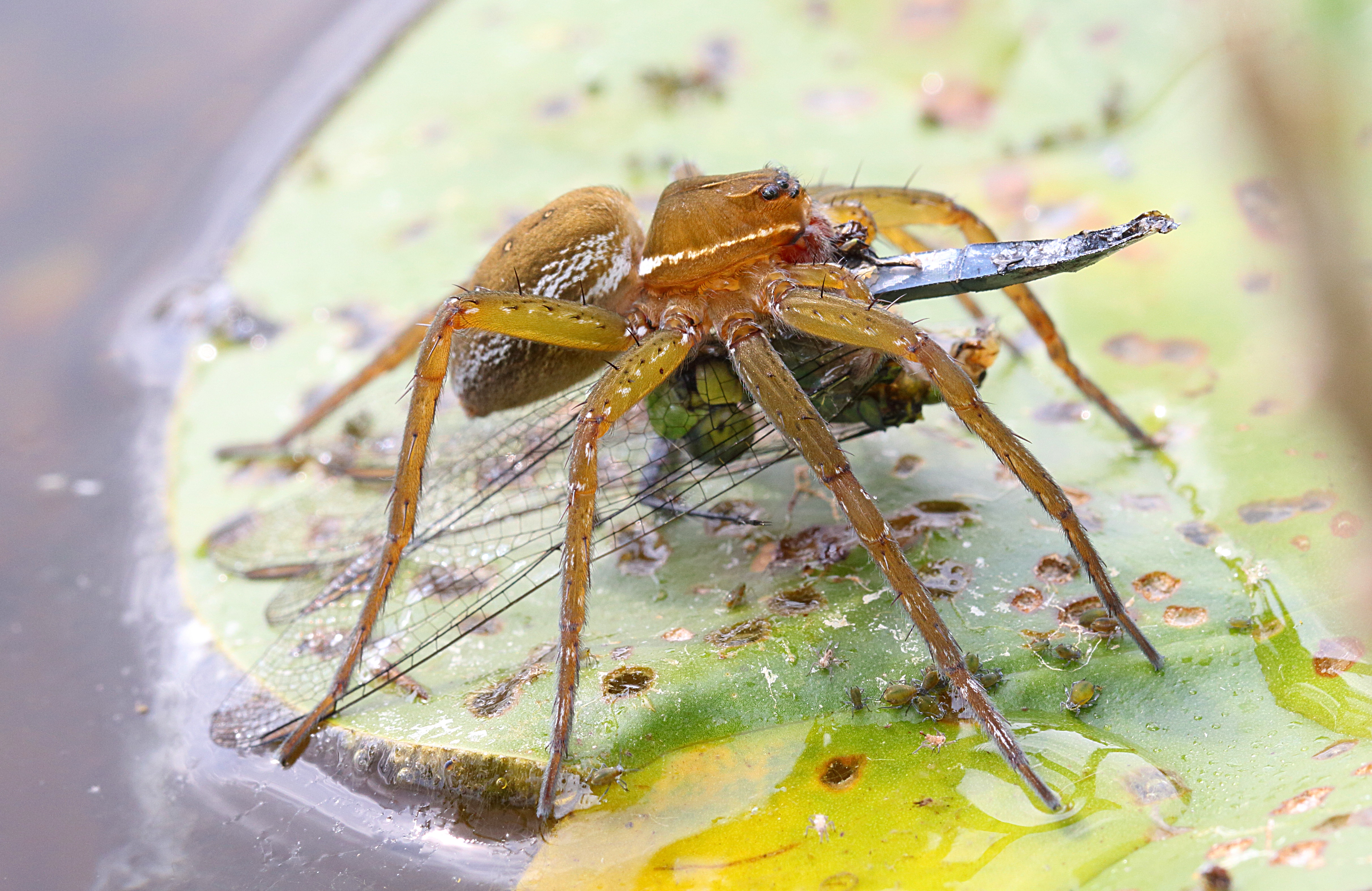 Ever since then, I had it in the back of my mind to one day catch a fishing spider, bring it home, and document some of their special behaviors in staged settings. And so begins a series of posts about the results of those plans. Catching one proved to be a very enjoyable day, as it involved going down a wide and lazy river in a kayak and visiting the many patches of lily pads that grew around bends and obstructions. Fishing spiders were here and there on them, and a dip net and a bug cage was used to take one home.

You can see the spider I brought home in the next pictures. While she was with me, she was kept in an aquarium with a few inches of water and lily pads. 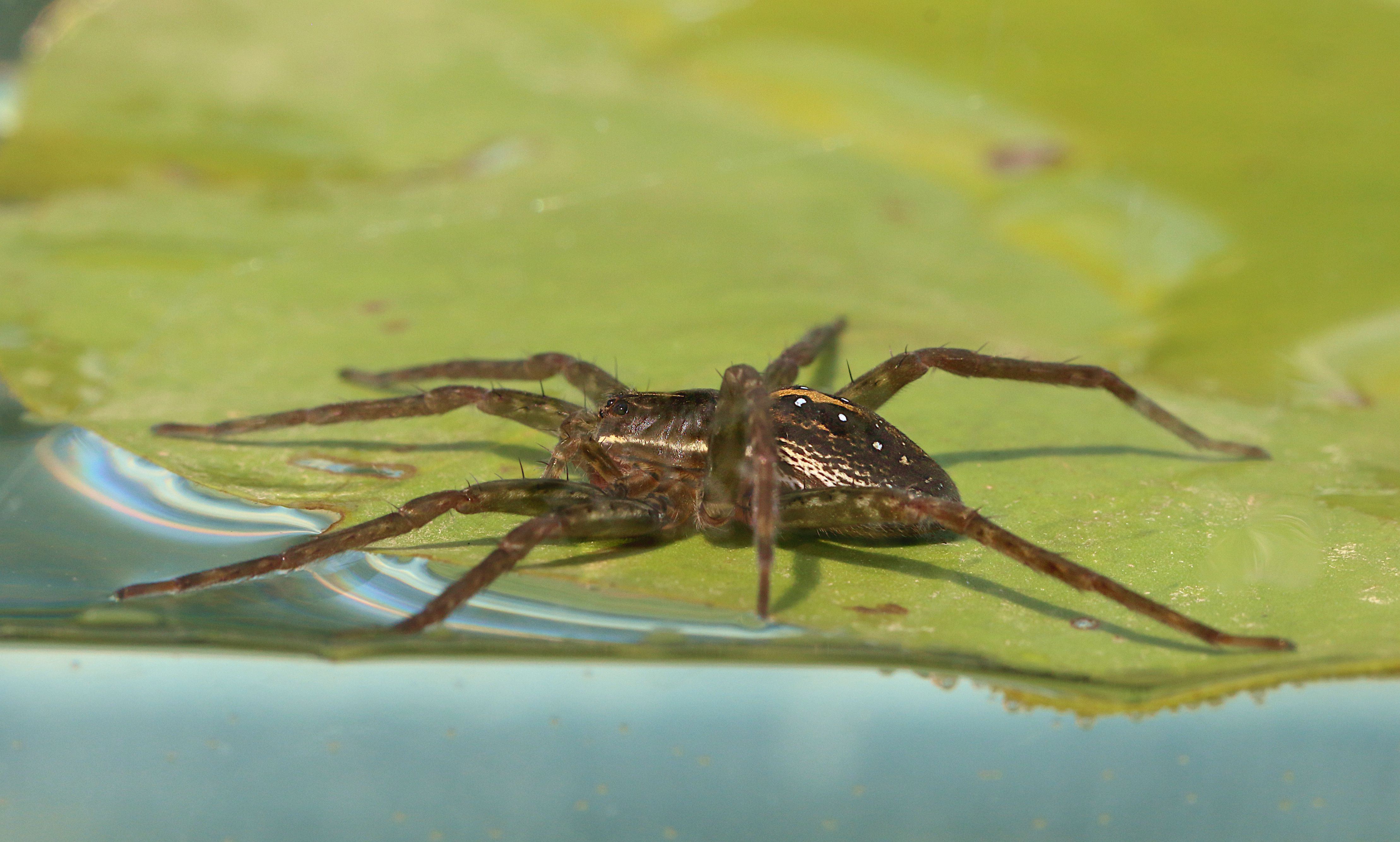 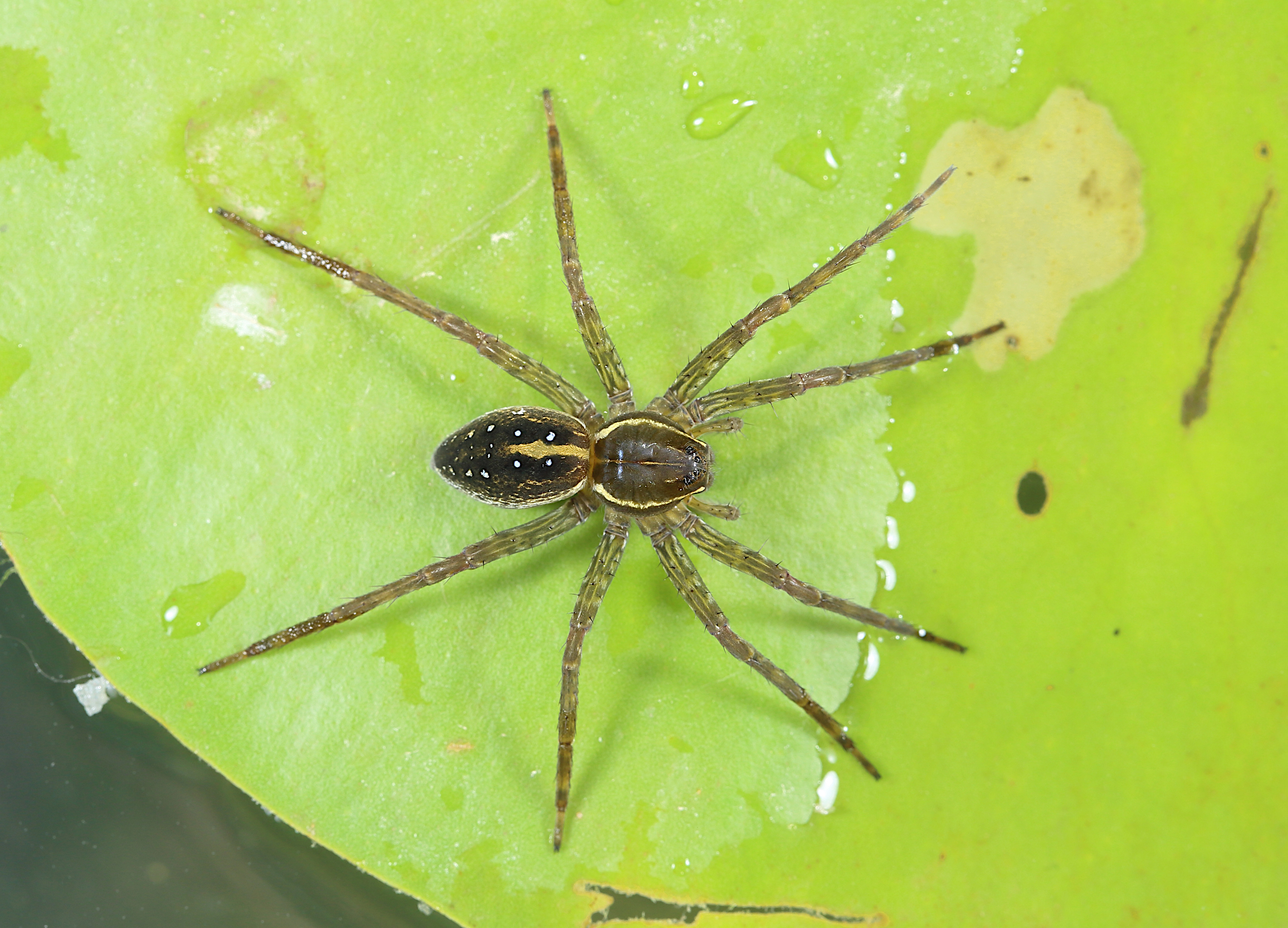 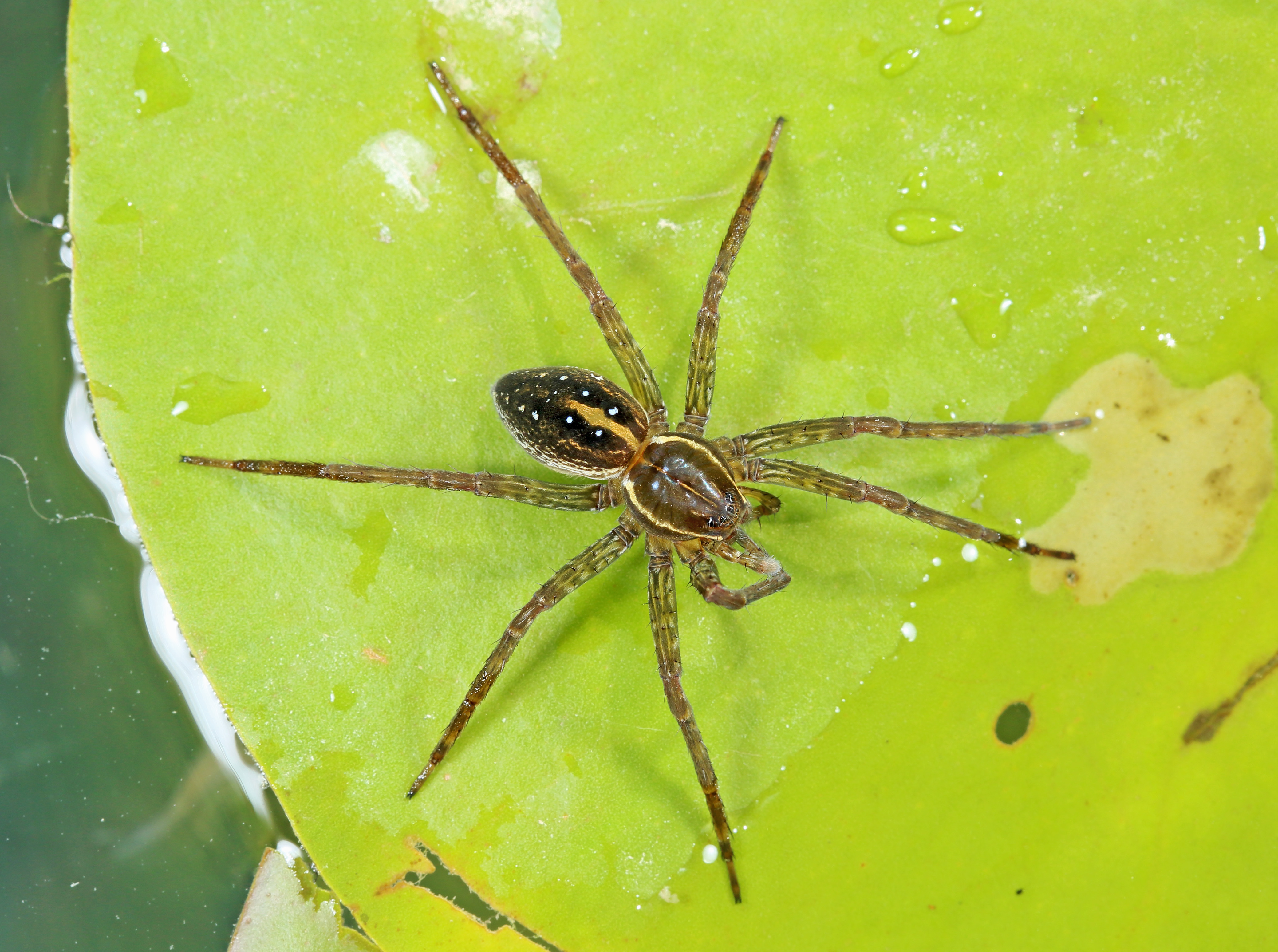 The aquarium had a glass bottom and so I could lie underneath it and photograph from below to see the spider in silhouette. This was quite an exciting moment! For a couple years I had this specific picture in mind, and here it is! 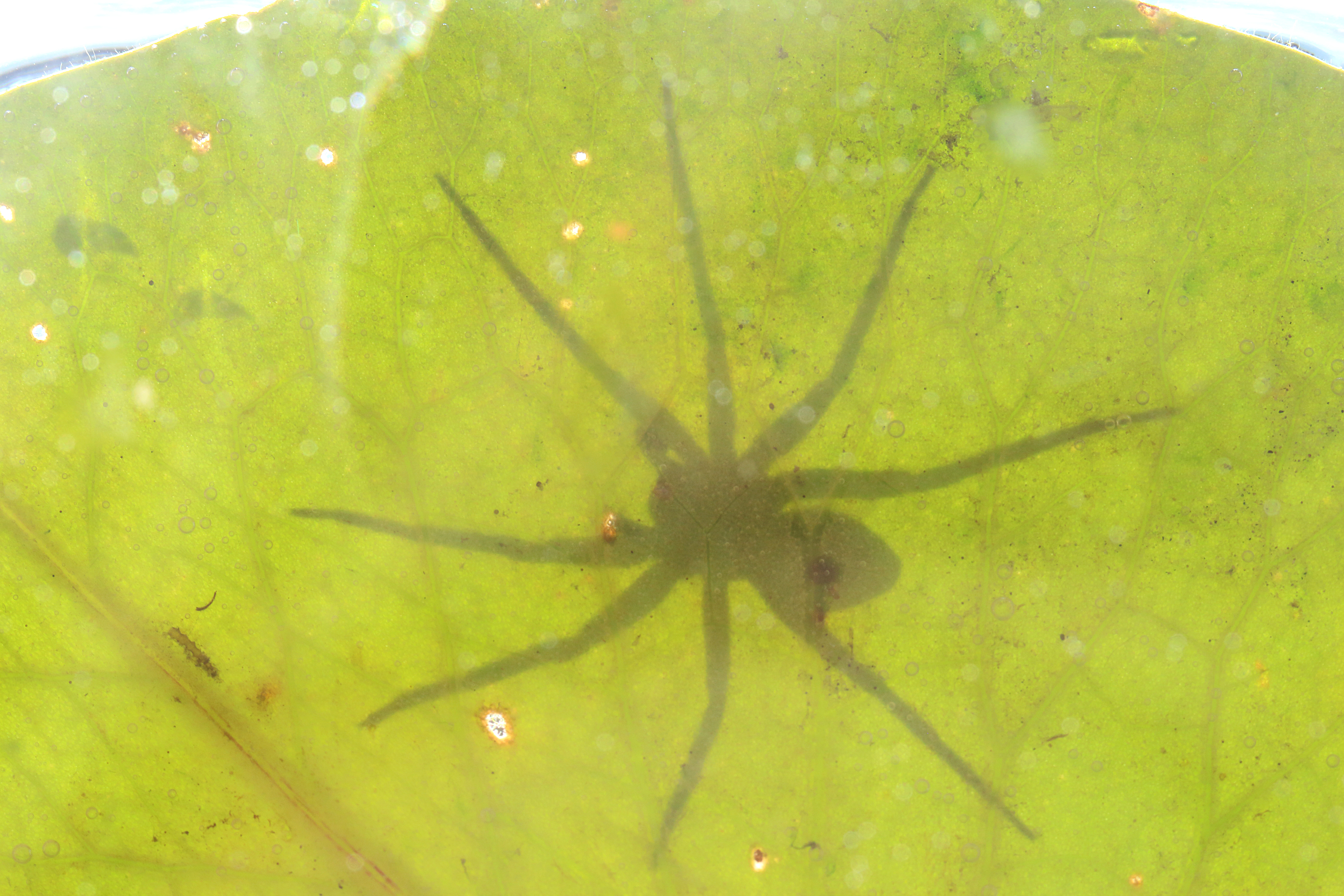 When these spiders are alarmed, they quickly duck under the water to hide. Since they are covered in a dense pile of fine hairs, it seemed likely they would become enclosed in an air bubble while under water. This turns out to be the case, as shown in the next two pictures. For the second of these, it should be explained that you are looking up at an alarmed spider through the bottom of the aquarium, while the spider is meanwhile under water. Air is around her body, and this makes her buoyant so she can sit upside down under the lily pad. 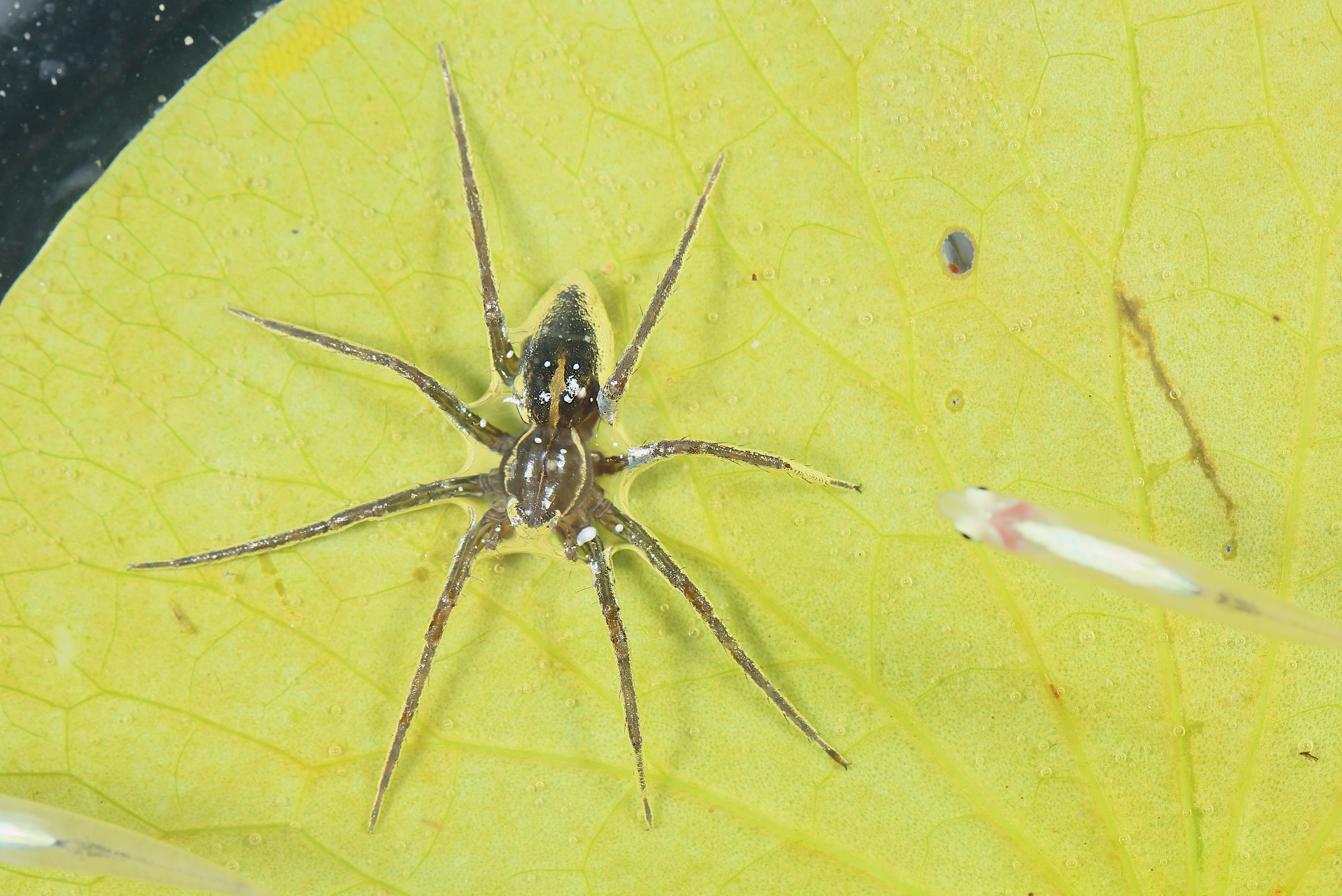 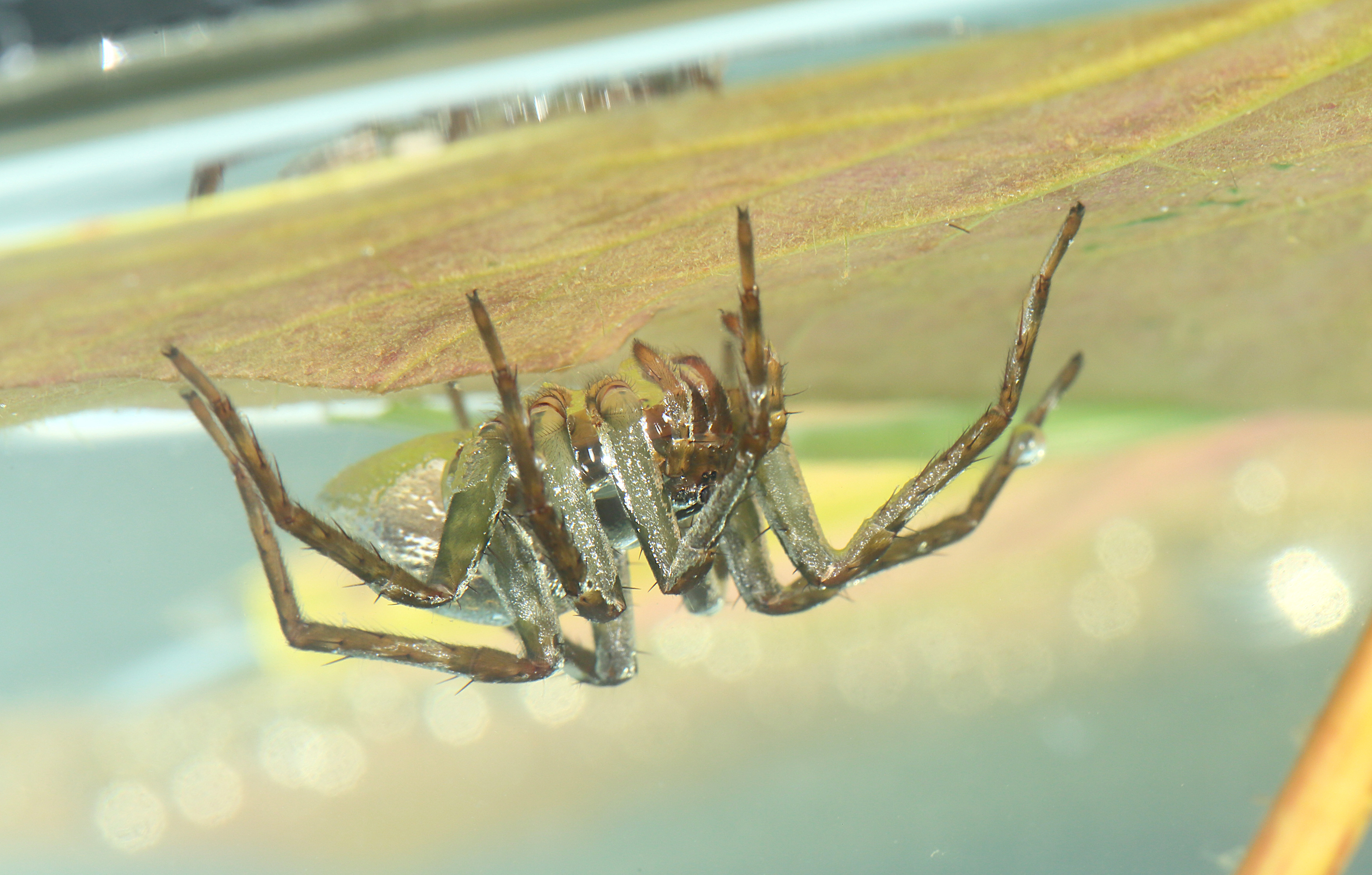 After a few minutes she will pop back to the surface; barely wetted by her plunge.

And then there is the fish in the picture. Remember that fishing spiders aren’t given that name for nothing, since they really do catch fish! That will be in the next installment. 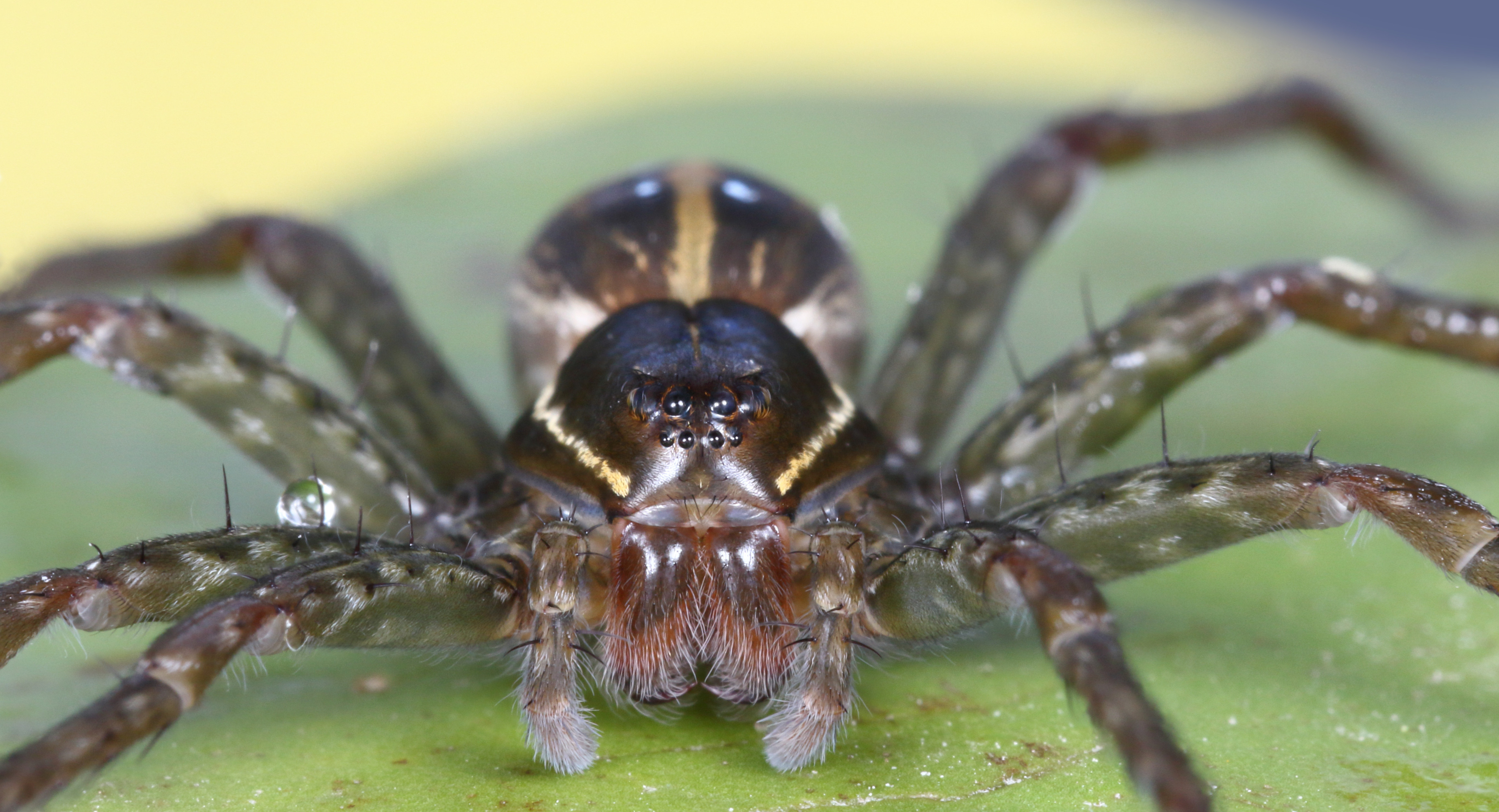