Welcome to this week’s Hump Day, Wednesday, February 3, 2021: National Carrot Cake Day: the only vegetable that can improve a dessert (so long as the cake has cream-cheese frosting). I just recalled that one of my favorite Indian desserts is Gajaar ka halwa: carrot halwa, another great carrot sweet. I made it once, but it’s very laborious, requiring constant stirring and lots of ghee (clarified butter; one recipe is here).

It’s also American Painters Day, National Girls and Women in Sports Day, Take a Cruise Day (not this year!), and The Day the Music Died, memorializing the day in 1959 when a plane crash killed four, including the rockers Buddy Holly, Ritchie Valens, and the Big Bopper. Speaking of memorializing the death of four, it’s also Four Chaplains Memorial Day, honoring four pastors who died on this day in 1943 after their troopship was torpedoed and they gave their life jackets to other men before going down with the ship. Here they are: a Methodist, a Jew, a Catholic, and a Reformed Church pastor. Very sad, and brave, too. 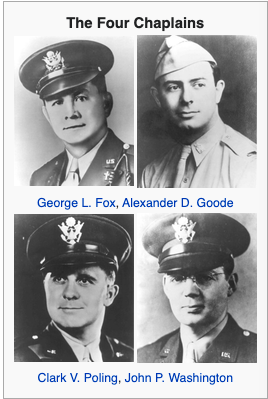 There was a stamp, too, which still resides somewhere in my boyhood stamp collection: 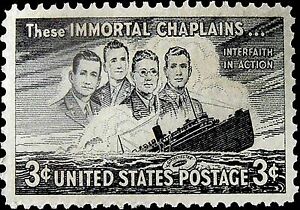 Trump’s lawyers are laying out the outlines of their defense, which is that Trump can’t be impeached because he’s no longer in office. I doubt that the Democrats will give up in the face of this argument, but it may make Republicans even more reluctant to vote to convict. But of course Trump’s not going to be convicted anyway. The proceedings start next week.

Oh dear! Sir “Captain Tom” Moor , the man who walked 100 laps of his garden and thereby raised £ 45 million pounds for British hospitals, has died of covid-related pneumonia at 100. What can you say except that he was a good man and an inspiration to all of us?

The Great Western Railway, which named a locomotive after him, issued a memorial tweet:

We are so very, very sad to hear about the passing of @captaintommoore.

Our deepest condolences are with his family.

Rest in Peace Captain. You made us all very proud. pic.twitter.com/IURSzhvZhR

I guess Jeff Bezos is going to kick back and enjoy his millions, as he’s announced that he’s stepping down as CEO of Amazon, which he founded and has led for 27 years. His new role is “executive chair”, whatever that means. How rich is he? Try $182 billion, making him by far the richest person in the world, and, with the appropriate adjustments, the richest person who ever lived. Click on this link to see world’s the five “centibillionaires”. I bet you can guess at least four of them.

Have you ever wondered where the Amish and Mennonites go on holiday? You probably thought that they didn’t go on holiday. But some of them do! And when they want some sun and sand, they head to the tiny community of Pinecraft, Florida.  The BBC has a 7-minute video about this place, with narration and photos by Dana Litovsky. Click on the screenshot below to see it, and go to this link if you want to read more about Pinecraft. (As you might expect, the pie in Pinecraft is fantastic.) 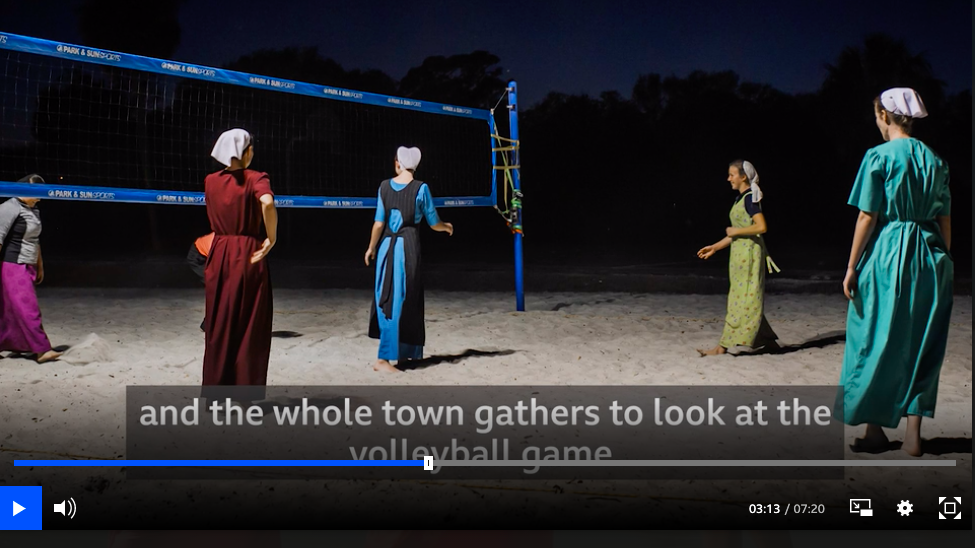 CNN reports that Russia’s own Covid-19 vaccine, called Sputnik V, is remarkably effective against the virus: 91.6%, to be precise. Good news for my friends in Russia, and I suppose for Putin, too. But I don’t wish anyone to get ill, even killer oligarchs.

Stuff that happened on February 3 includes: 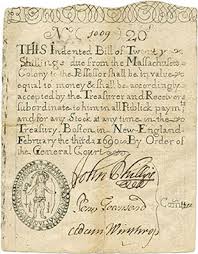 Here’s that declaration of war: 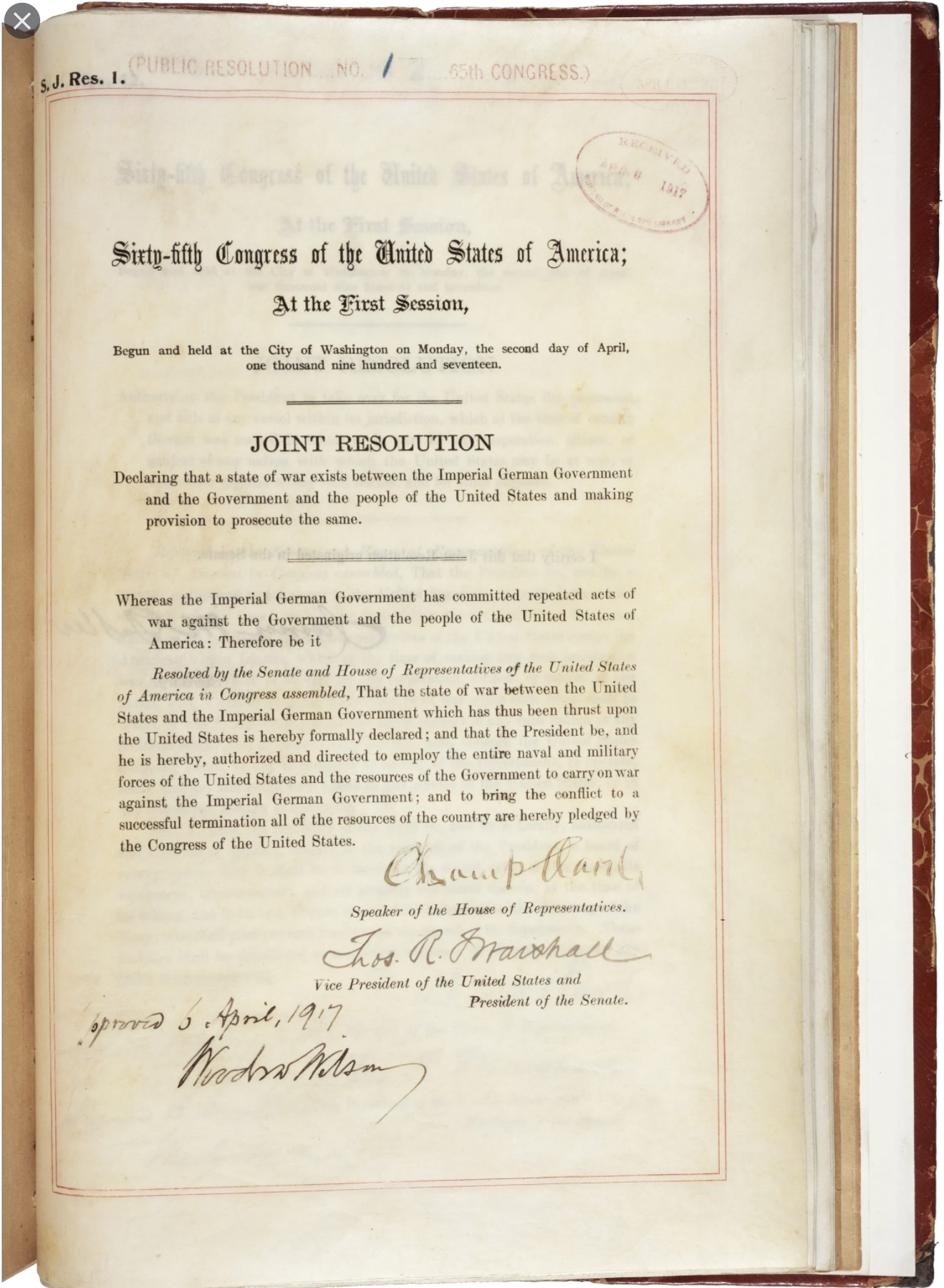 The Four Chaplains were aboard (see above).  674 of the 904 aboard were lost, with one survivor dying after rescue. 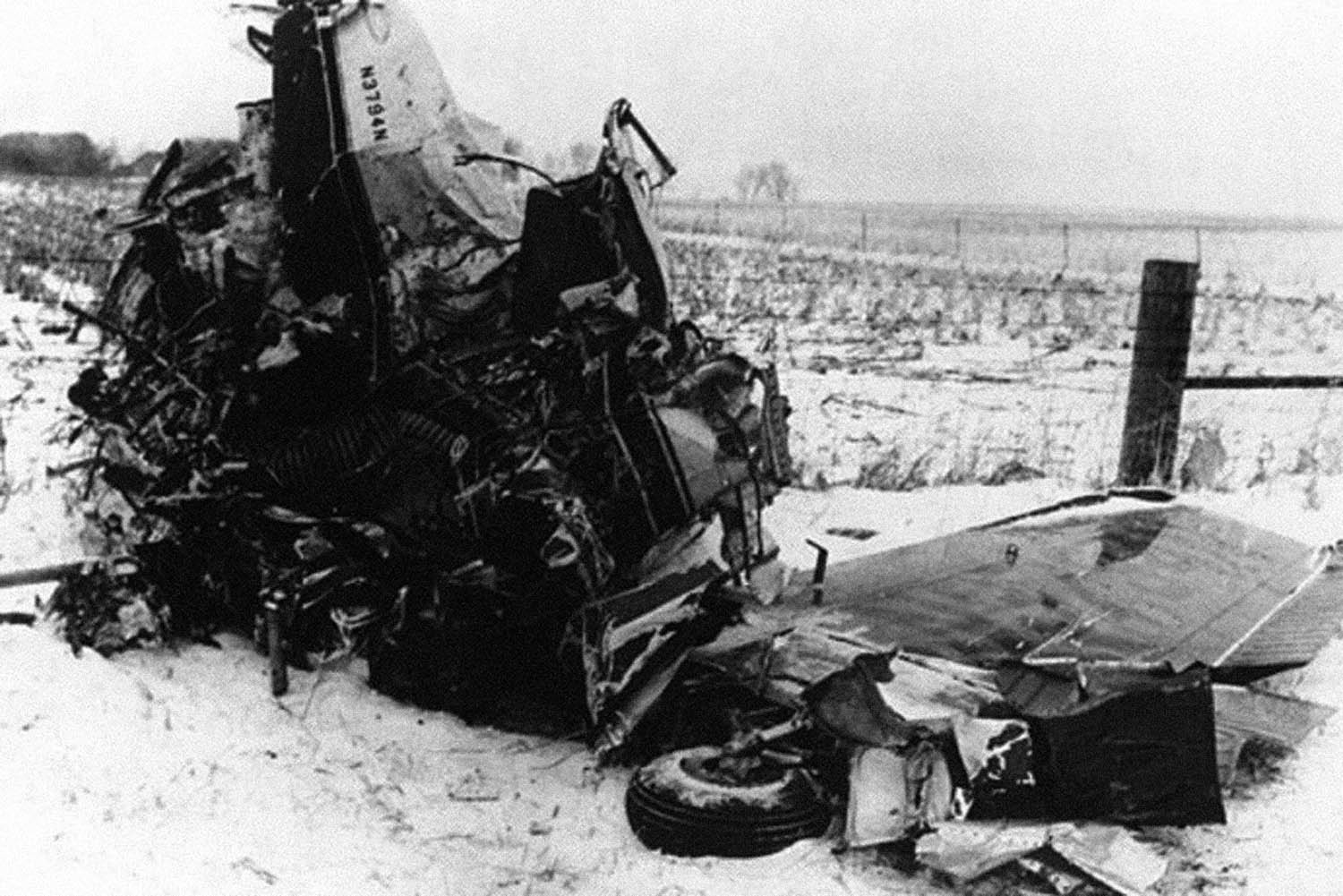 Here’s Serpico, still around and lecturing on police corruption, with Al Pacino, who played him in the 1973 movie “Serpico”. Hard to believe that was 48 years ago! 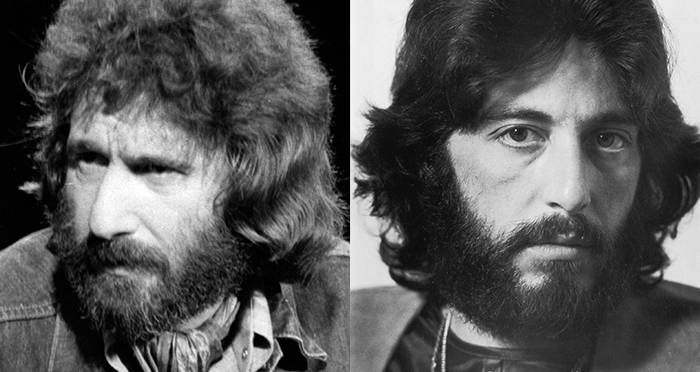 Blackwell was the first woman to receive a medical degree in the United States:

Here’s one of Rockwell’s famous “Four Freedoms” paintings; this one is “Freedom from Want”: 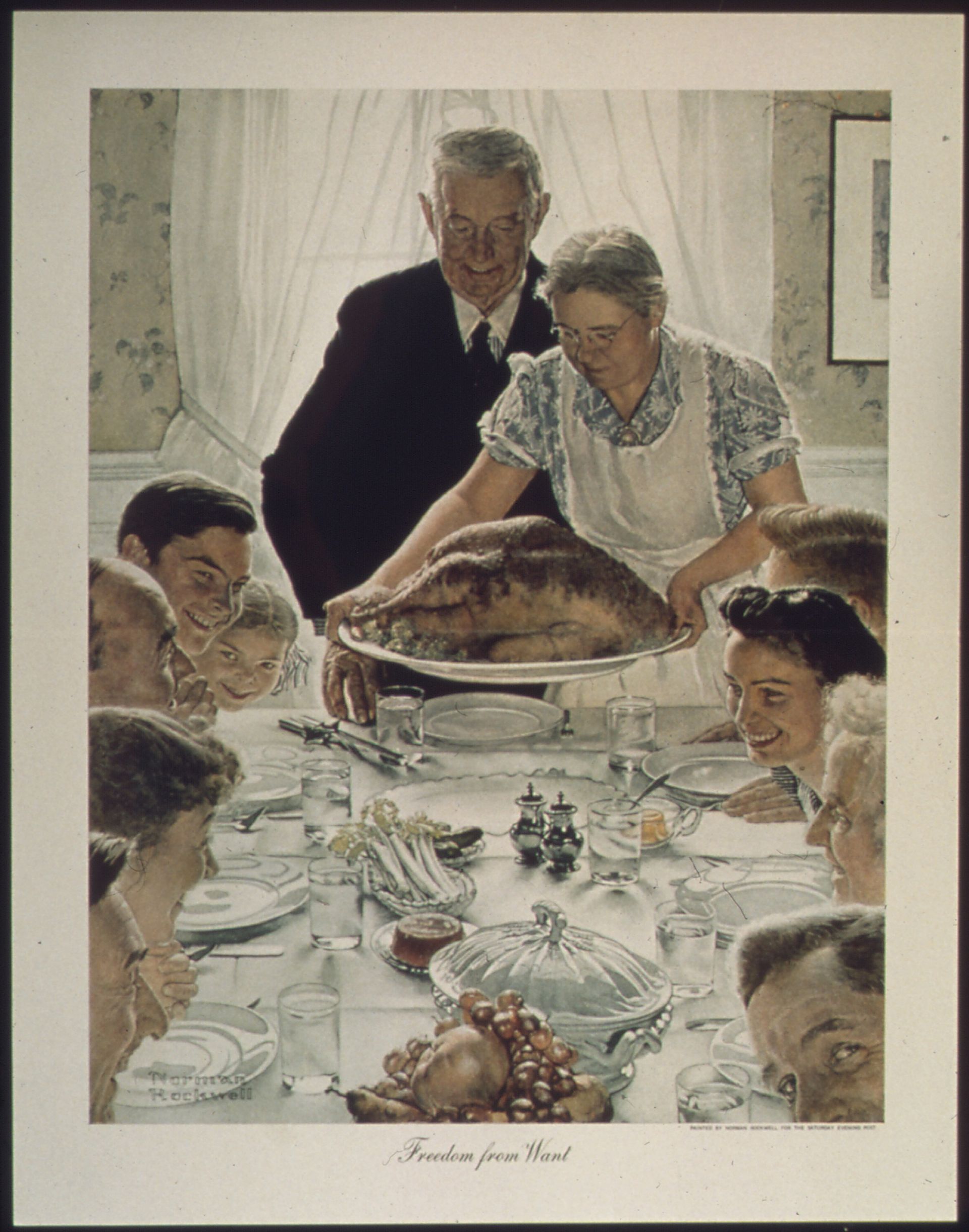 For more on a recent kerfuffle about Lander, named as Biden’s chief science adviser, go here.

Those who went belly up on February 3 include:

Once again I extol Mayr, who is largely forgotten by today’s young evolutionary biologists despite his immense influence on the field.  Here he is as Harvard’s Curator of Ornithology. And here’s his obituary that I wrote for Science soon after he died at 100. 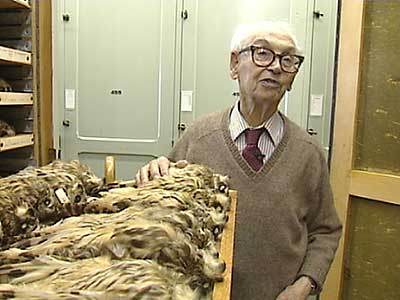 Hili: A bit warmer puff of wind.
A: It’s always a reason to rejoice. 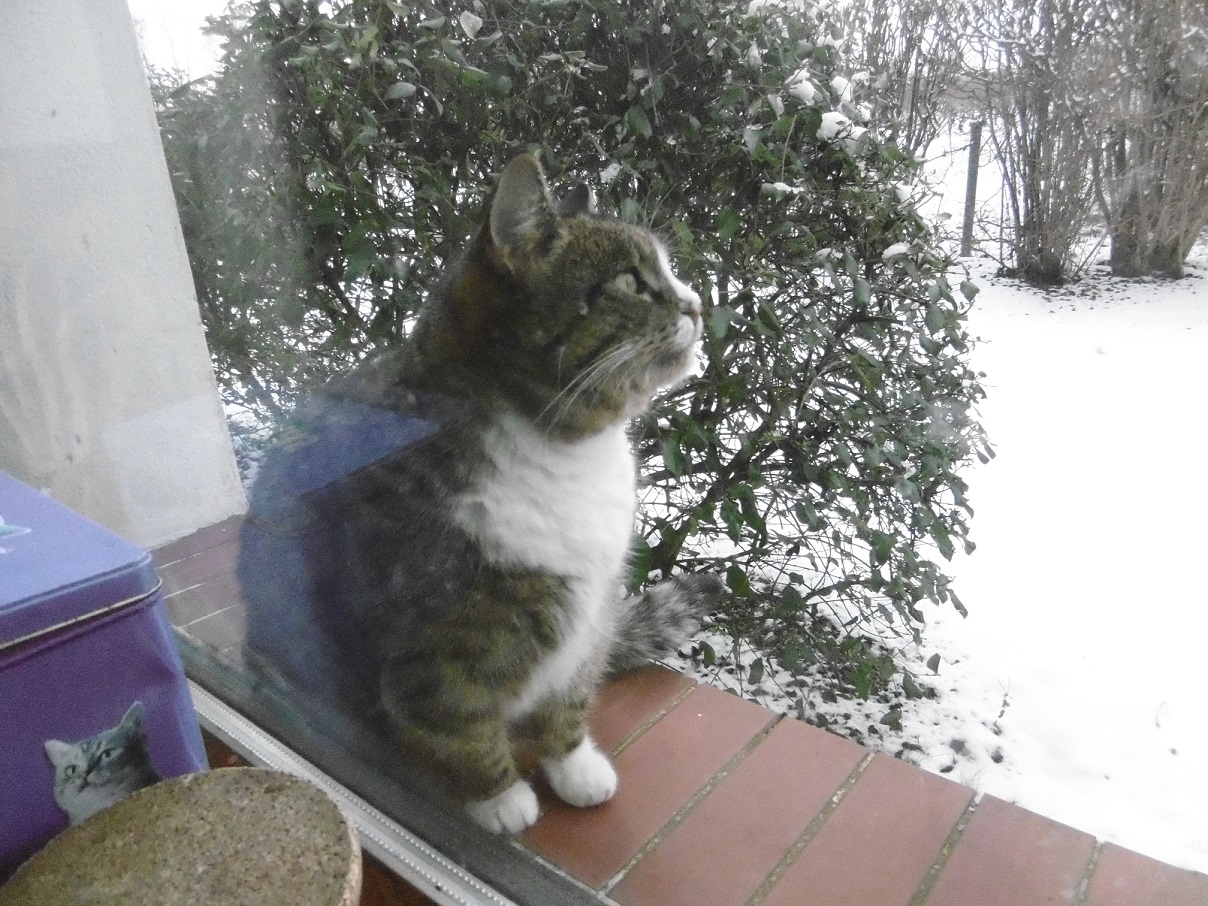 And a photo of little Kulka under the veranda, with a reference to Orwell:

Caption: Little Sister is watching you. (Photo by Paulia R.)

From Cats Without Gods: 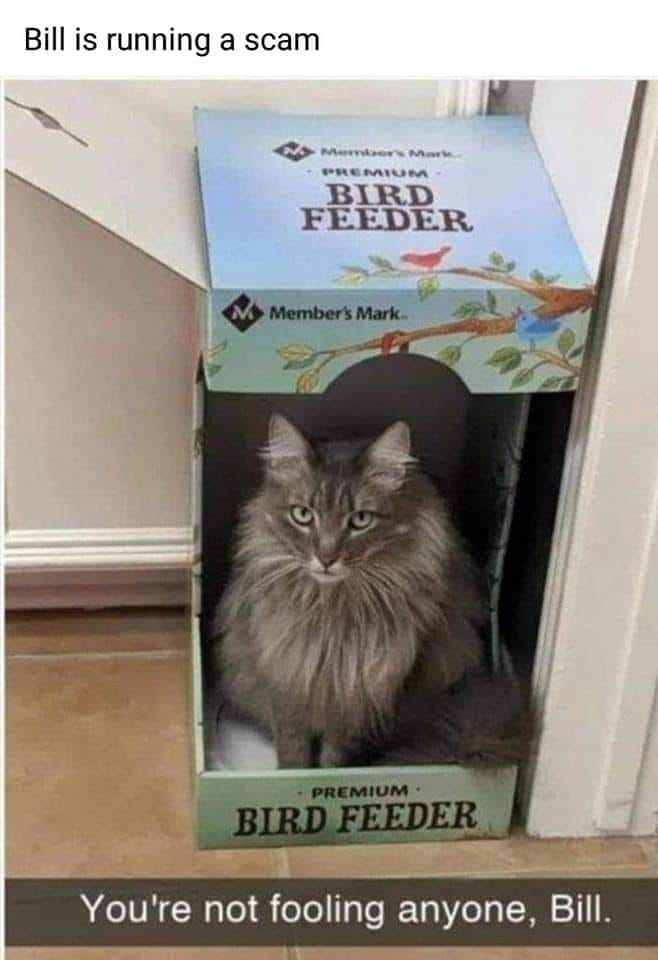 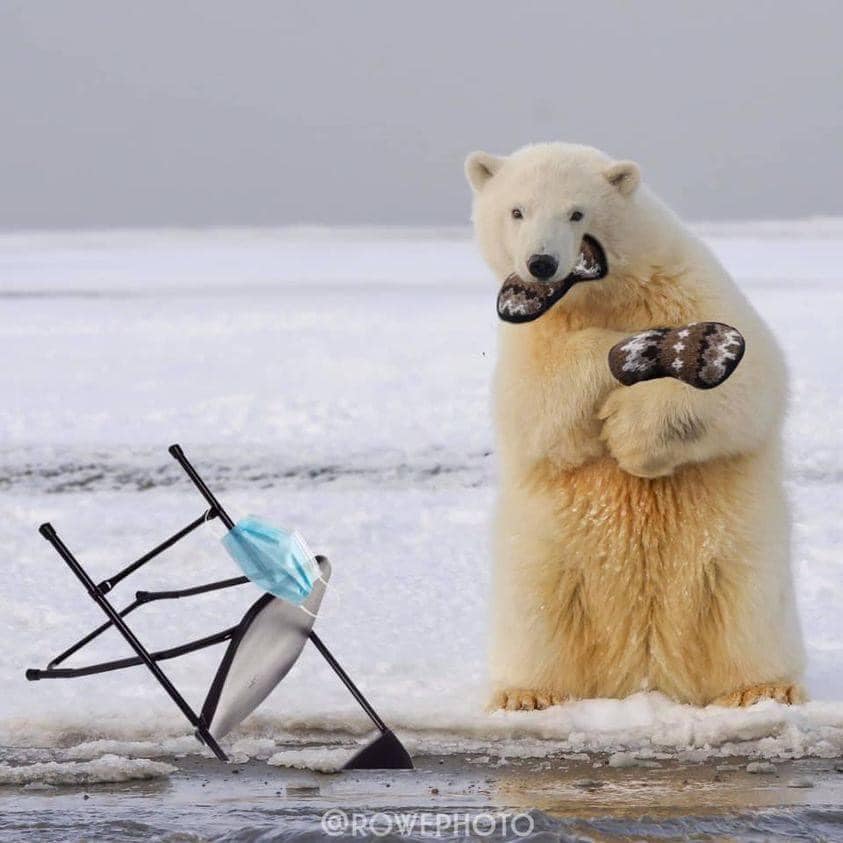 And a meme (certainly not real) from Bruce: 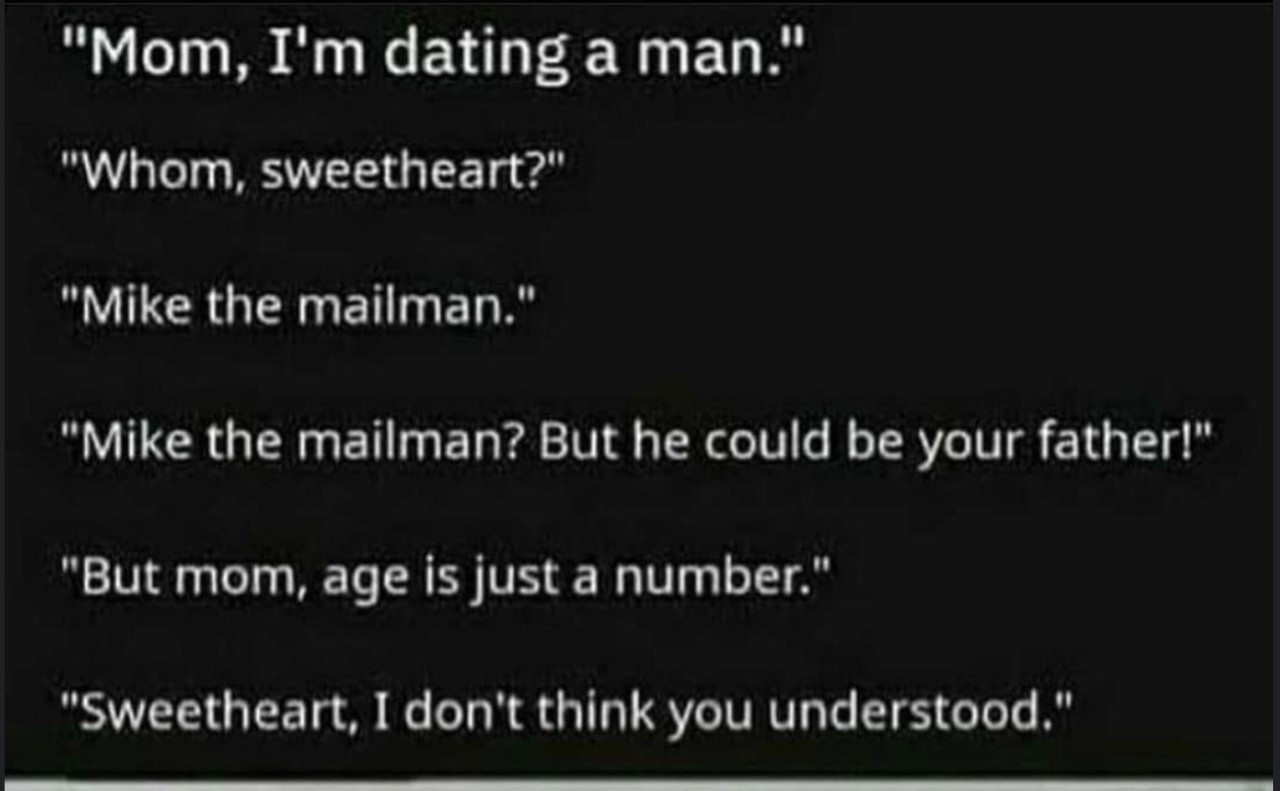 Biden is not woke enough for Titania:

I adore Joe Biden. But his reference to “women” is pure misogyny.

If he can’t call us “bleeders” then he’s no better than Trump. pic.twitter.com/juQCdTacTe

Two tweets from Barry. Ignore the first one, which you’ve seen, and watch the second (I haven’t learned how to separate linked tweets; suggestions welcome.) The second shows the spineless George Bridges of cats. As Barry notes, “If there’s cat in the world that’s more spineless than this one (yes, I do remember the cat chasing the rat across the street and then running away from it), I haven’t seen it”:

From Dom: Mollusc of the Year, and a lovely one it is, too!

Thank you everyone for the amazing response! Over 20k votes received from 126 countries! 🥳

The title "Mollusc of the year 2021" goes to the Greater Argonaut (Argonauta argo)!👏

Tweets from Matthew. This first one is sweet: Stadler is a senior bat: a 33 year old (!) flying fox, and can’t fly any more, so his caretakers take him out for faux flights every day, give him fruit, and then hang him up again. Sound up.

On April the 28th, 2020, Statler turned 33 years old. Statler had a difficult life before he came to Bat World Sanctuary. He was born in a zoo and has a few battle scars, and somehow over the years he lost an eye. He came to us two years ago after the small zoo (where he was mistreated) thankfully closed. Statler loves to recline in a hammock where his favorite foods are close by. He gets arthritis medication every day as well as a warm facial and gentle brushes. Statler is the oldest living bat in captivity; we hope to give him many more years of daily pampering. (And in case you are wondering, Statler’s friend, Chessie, got a piece of “cake” as well).

The comments on the thread after the first tweet below are largely odious, nasty, and show the worst aspects of humanity.

I love Statler. Be sure to check in tomorrow at the site below, where Statler’s going to “fly” again today:

Statler would like to thank everyone who has shared his video, he is quite proud of it. He has asked us to record his daily flight tomorrow, to share with his adoring fans. Stay tuned. 🦇 pic.twitter.com/4Fi32qstnh

My answer was “to get lipids,” which I considered a perfectly respectable answer; but Matthew thought it tautological. It isn’t. That’s just one of several answers to the “why?” question.

.@Cataranea hi I'm looking for answers as to why this spider is eating butter… can you help?https://t.co/CmbrqB5Dnf

Goose and cat love. Grania would have liked this, for she was keen on interspecific animal friendships.

Interspecies friendship of the day. pic.twitter.com/xDUOjSyI6f

Here we have a cool tweet followed by a haughty response from a Pecksniff:

Remarkably inefficient machine. A few good men or women with a ladder and baskets would work much better.

And they blocked a cycle path.

It goes on, of course, because this is Twitter:

Well I suppose my point is is there really that much of a rush to get the job done. It just seems more organic and more environmentaly friendly to collect by hand.