Welcome to Saturday, January 30, 2021. Remember: the Sabbath was made for cats, not cats for the Sabbath. It’s National Croissant Day, as well as National Escape Day and Martyrdom of Mahatma Gandhi Day, marking the day he was assassinated in 1948.

Wine of the Day: Yep another Rioja (I do love them so!) I didn’t buy this wine at Costco for ten bucks, as many apparently did, but I couldn’t have paid much more, and it must have come from a recommendation (for the life of me I can’t remember buying it). It’s pretty highly rated by both experts and tyros, so I looked forward to having it with my weekly (or rather every-ten-day) steak last night.

It’s 100% Tempranillo, and has some age (it’s also barrel-aged for two years before bottling) and now appears to be at about its peak, ripe and with the classic flavors of oak and vanilla. The tannins are tamed but there’s still plenty of fruit. I probably should have chosen a gutsier wine with steak, but this was fine. And if you can find it for around ten bucks, snap it up. 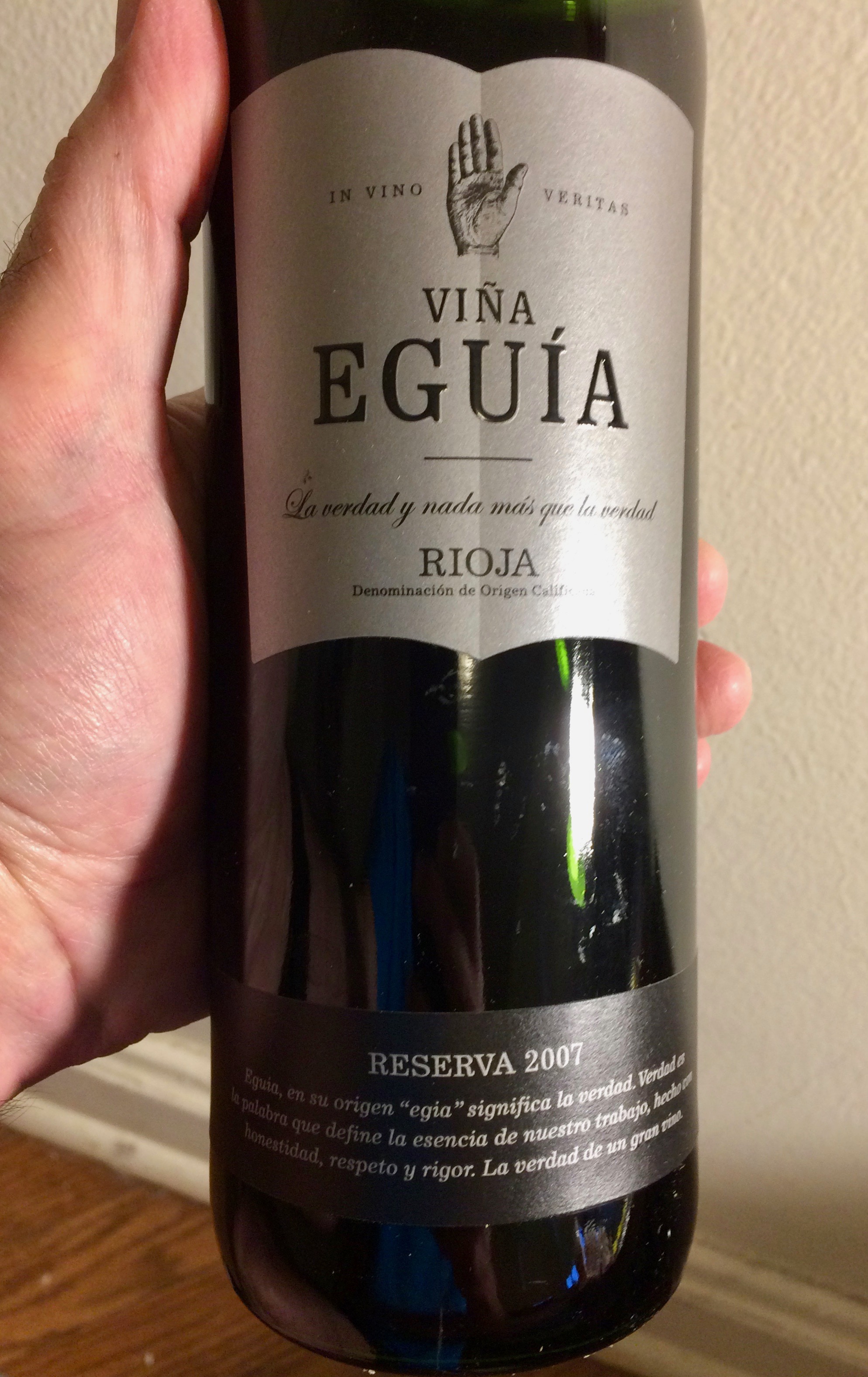 Speaking of wine, Eric Asimov, the NYT’s wine critic, has a list of 20 wines below $20 NYC retail price that he thinks are well worth trying. I haven’t tried any of these, but you should have a look, and you might be able to get them at lower-than-Manhattan price. As Asimov says, and I agree, “. . . .I have long contended that the best values in wine fall into the $15-to-$25 range. That’s where many small farmers can work traditionally and still earn enough to sustain their businesses.” The Haarmeyer California Chenin Blanc (a white-wine grape I favor) sounds good, and it’s made from fruit trodden by human feet: a rarity! One tip, though: stay away from the Grüner Veltliner. I’ve tried it many times on enthusiastic recommendations, and have never had a decent bottle. It’s a stinkeroo.

Below we have a woman gun nut just elected to Congress, Representative Marjorie Taylor Greene, talking about the 2017 Las Vegas shooting that killed 60 people. She’s a Republican, of course, as well as a conspiracy theorist, and represents Georgia’s 14th Congressional District. That makes at least two new Republican Congresswomen who are gun loons (the other is Lauren Boebert of Colorado, who wants to carry her Glock onto the House floor).

Here’s @mtgreenee talking about the Vegas mass shooting if you need some batshit crazy to start your day pic.twitter.com/0MzxFm131l

The efficacy of the Johnson & Johnson coronavirus has been reported, and it’s okay (better than flu vaccines), but not as good as the Pfizer and Moderna jabs, which are about 95% effective (i.e., they reduce the chance that an exposure will give you the disease by 95%). The new J&J jab is reported to be 66% effective in preventing moderate + severe disease, and 85% against severe disease by itself.  That will take some of the stress off the other vaccines, but of course if one had a choice, you’d probably take the mRNA vaccines already in use in the U.S. (The Johnson & Johnson vaccine uses a simian adenovirus that’s been genetically engineered to express Covid protein in the human body.) But the J&J vaccine requires storage only at refrigerator temperature, and the full dose is just a single jab. That may make it more accessible to people in remote areas, and also appealing to those who don’t like shots. (There are surprisingly many shot-phobes.)

Stuff that happened on January 30 includes:

The 47 samurai were all forced to commit seppuku as a way of atoning for exacting revenge. Here’s the leader, Ōishi Yoshio offing himself: 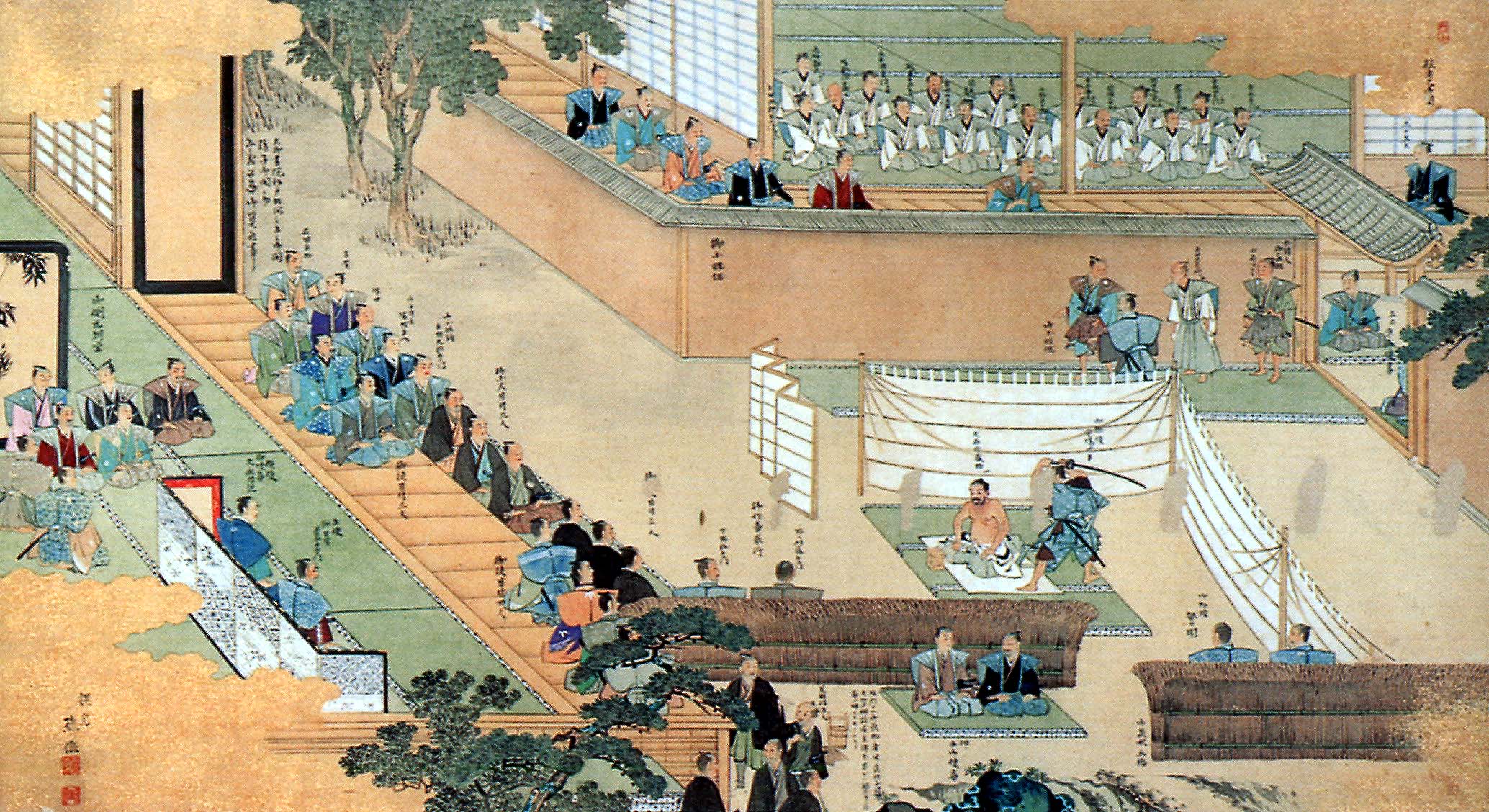 Here’s a clip from that last concert:

Here’s “Liittle Jazz”, an underrated musician except among the cognoscenti, doing what I think is his finest work on “After You’ve Gone”. What a solo!

Those who handed in their dinner pails on January 30 include:

Here’s the great man, but he was a bit of a bigot early in his life, and so he’ll be erased: 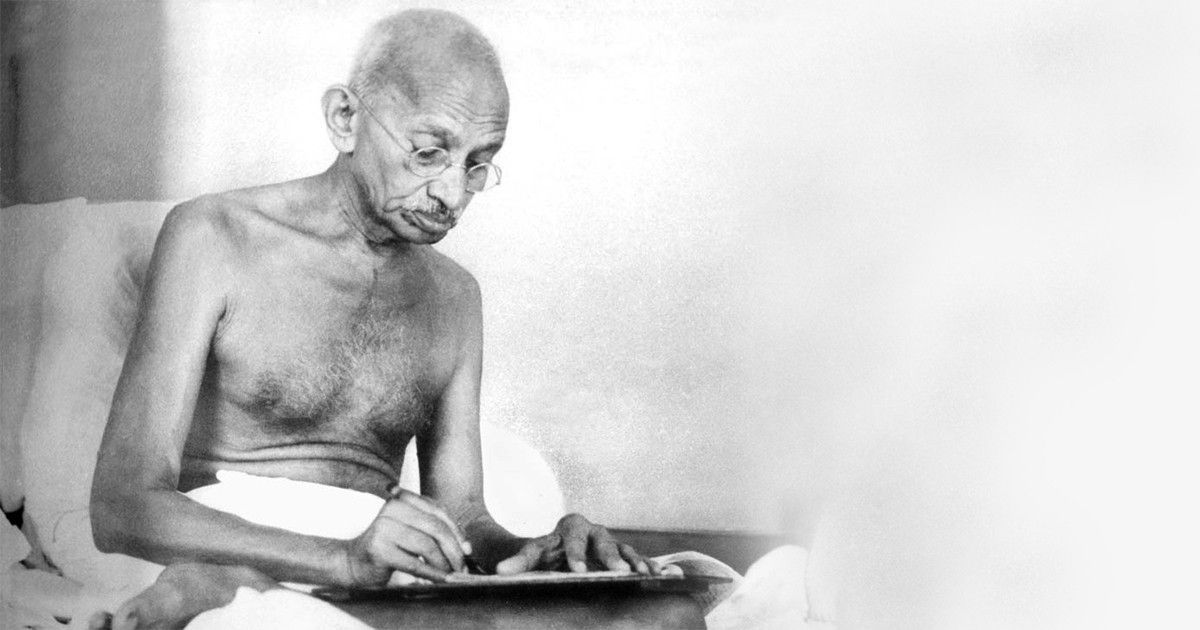 Meanwhile in Dobrzyn, Hili went outside in the cold, but didn’t like it, although she appears to be well insulated:

Hili: It’s a no-brainer.
A: What do you mean?
Hili: I have to return to the warmth and full bowls. 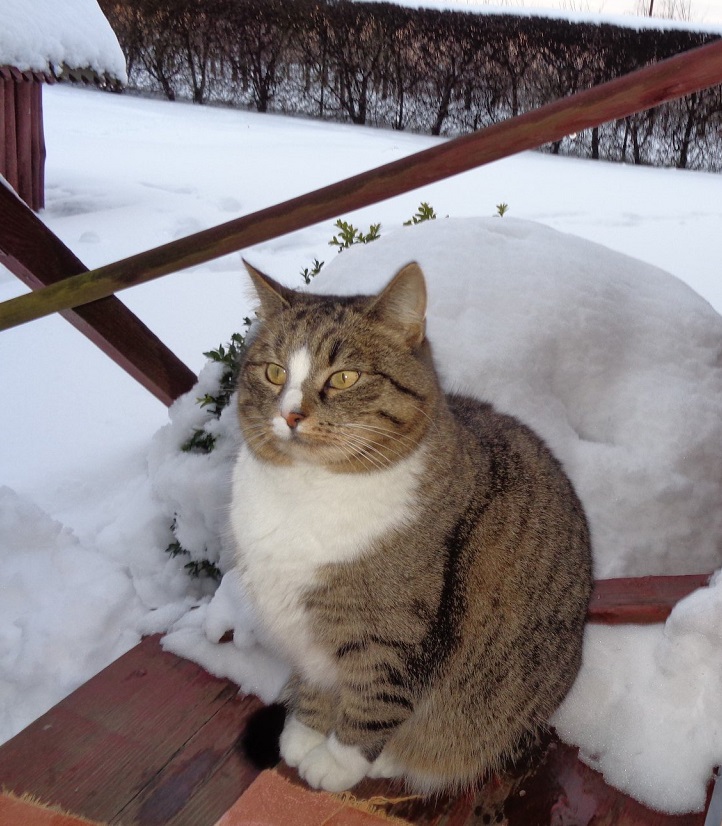 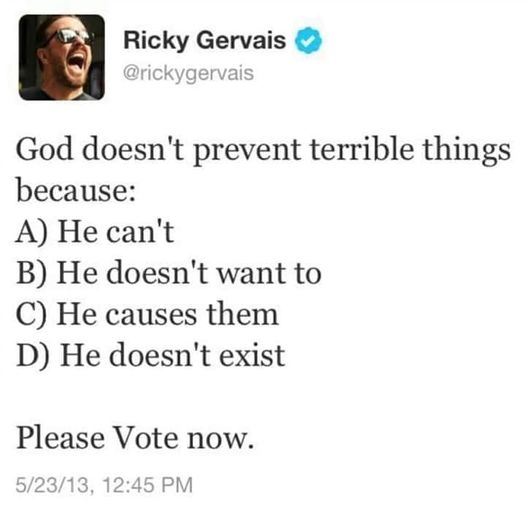 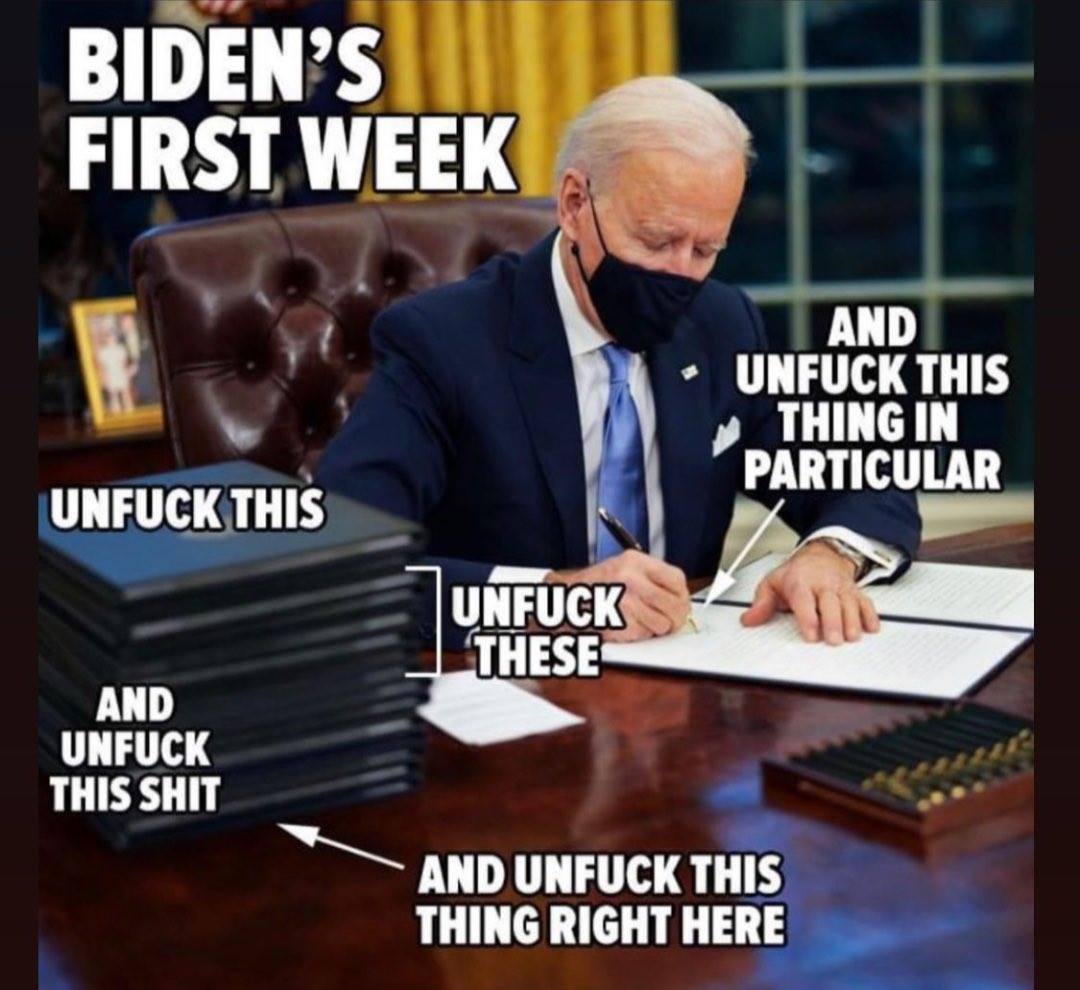 UPDATE: Matthew says that the meme above is a riff on the gif below (which is also Matthew’s semi-permanent status”):

From Doc Bill (you have to know something about the comic strip “Peanuts” to understand this): 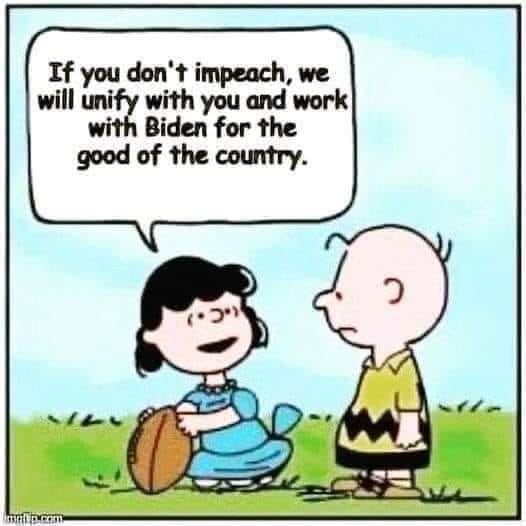 I don’t know where Titania got this guide to fixing “speciesist” language, but I’m sure it’s real. This is a funny one:

There is a very good reason why self-harming among chickens is on the rise, and why pigs are so prone to depression and suicide.

you are tough. you are scary. you are a good boy. but also a scary one. if the situation calls for it https://t.co/KWXCX5uEbn

2/5 The winner of the over 18 category is Alan Clark with an image of 'German wasps drinking'.

“This reminded the judges of antelope drinking around a water hole on the savannah. To see this in a much-maligned insect like the wasp made for a striking and memorable photograph.” pic.twitter.com/HAZGPhEBdz

Tweets from Matthew. I saw this one on the news the other night.  Healthcare workers carrying a supply of vaccine vials got stuck in the snow. With a time limit of vaccine preservation, they decided to walk along the road and vaccinate people so that nothing got wasted. There’s a link to the NYT story below.

“Our No. 1 rule right now is nothing gets wasted.”https://t.co/jc8vOvI2zu

I think this is a genuine “Nancy” strip. Heater cats!

Guess the animal! (Not hard.)

Extreme close-up of the day. pic.twitter.com/S0DtSonvTb

I wonder if the bird can choke that thing down:

There is a #first #time for everything. #osprey with a puffer #fish #birds #birbs #florida #fishing pic.twitter.com/YFj8JebHx3

Evolution is cleverer than you are: larvae that use their old molted skins to protect themselves from predators:

I love how popular this strategy is with phytophagous larvae! see also Uraba lugens https://t.co/p57F07O9jo pic.twitter.com/jp6Ut60d5R