Please send me in your good wildlife/street/people photos. Thanks!

Today’s beautiful photos come from Joe Routon, who photographed at a Buddhist monastery. His captions are indented, and click on the photos to enlarge them.

Here are a few photos that I made on a trip to a Buddhist monastery in Myanmar a few years ago. The country has many monasteries and shrines, some of which are the most beautiful in Asia.

A growing number of children have been seeking refuge in monasteries as a result of conflict in Myanmar. Buddhist monks can be ordained as young as 8. Traditional guidelines state that a child must be “old enough to scare away crows.” 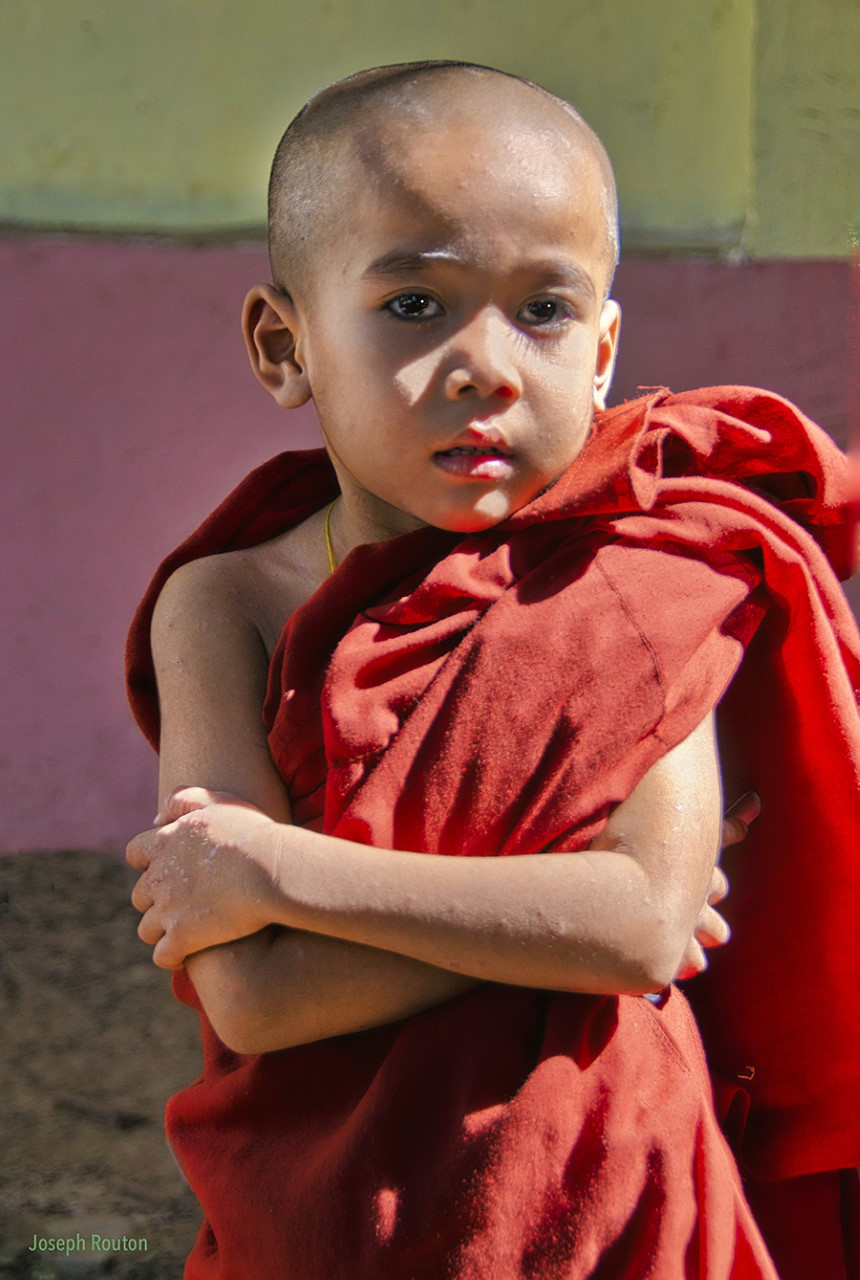 The Buddhist monastic school system in Myanmar dates back to the 11th century. All Buddhist boys in Myanmar are expected to spend some time, as little as a few weeks, in a monastery. In addition to reading, math, history, and other secular subjects, they learn the basics of the Buddhist faith and earn merit, a kind of spiritual credit that will benefit them and their families in this and future lives. Schooling in a monastery is the only education that many children in Myanmar ever get, especially rural and poor children. They also receive food, board, and health care. 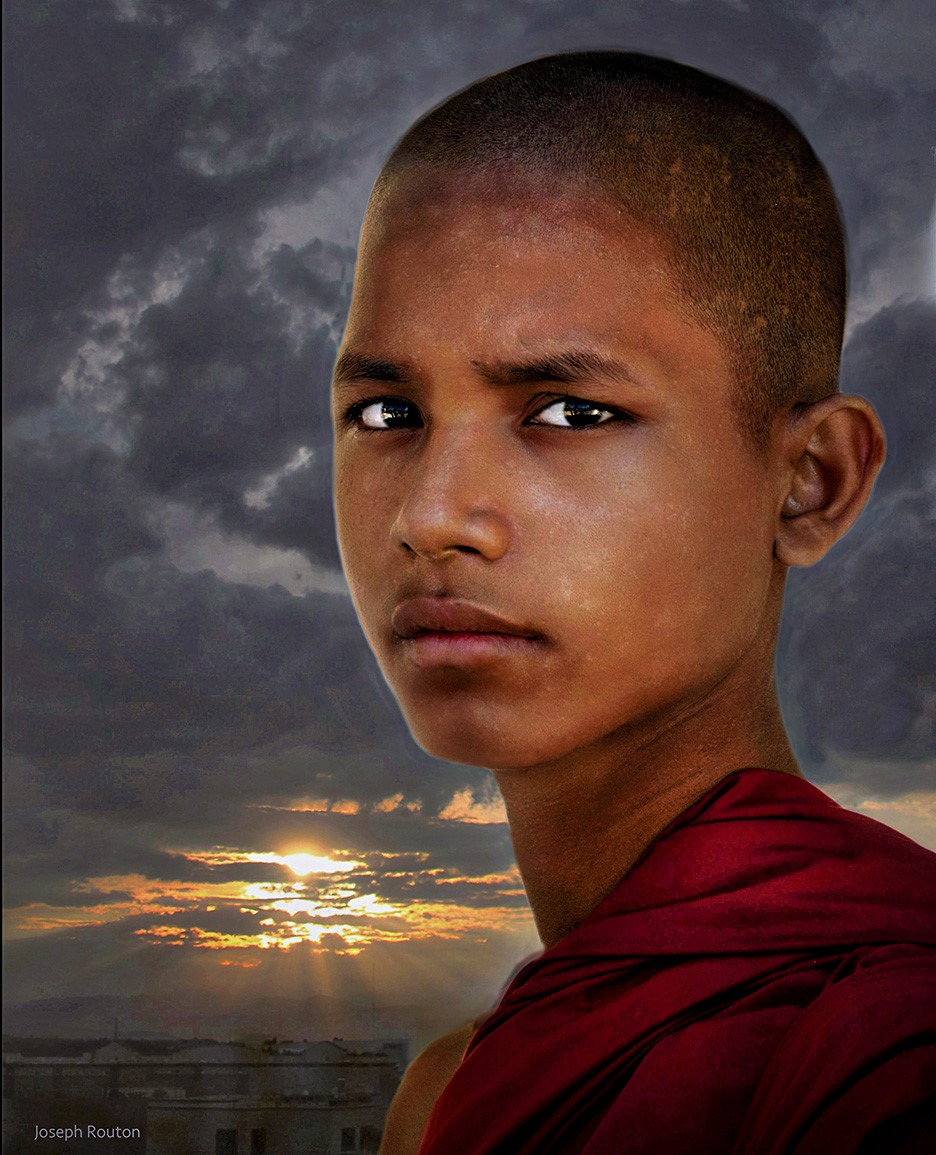 While most young men remain at the monastery for only a short time before returning to the secular life, some become fully ordained monks. The 500,000 Buddhist monks in Myanmar wear saffron- or rust-colored robes. 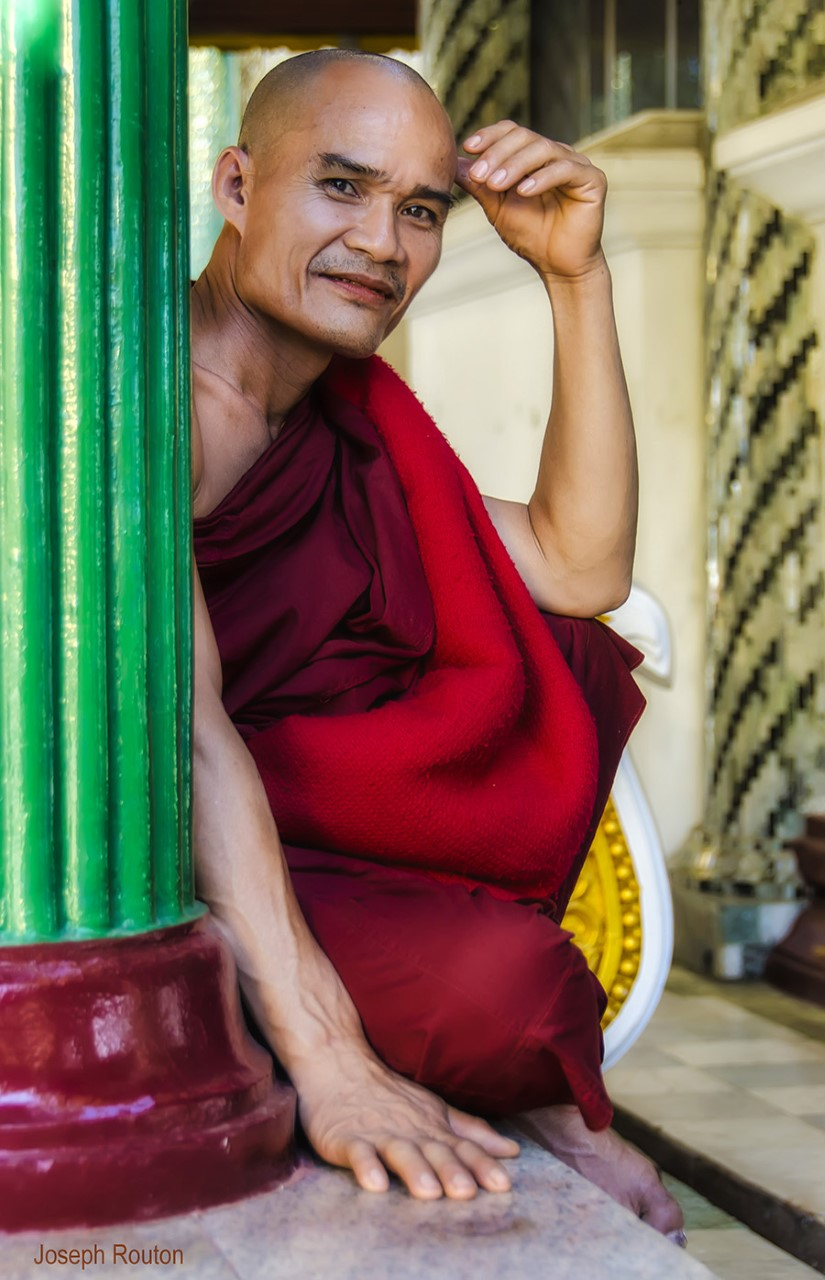 Child and adult nuns, who live in convents, shave their heads and wear pink robes. 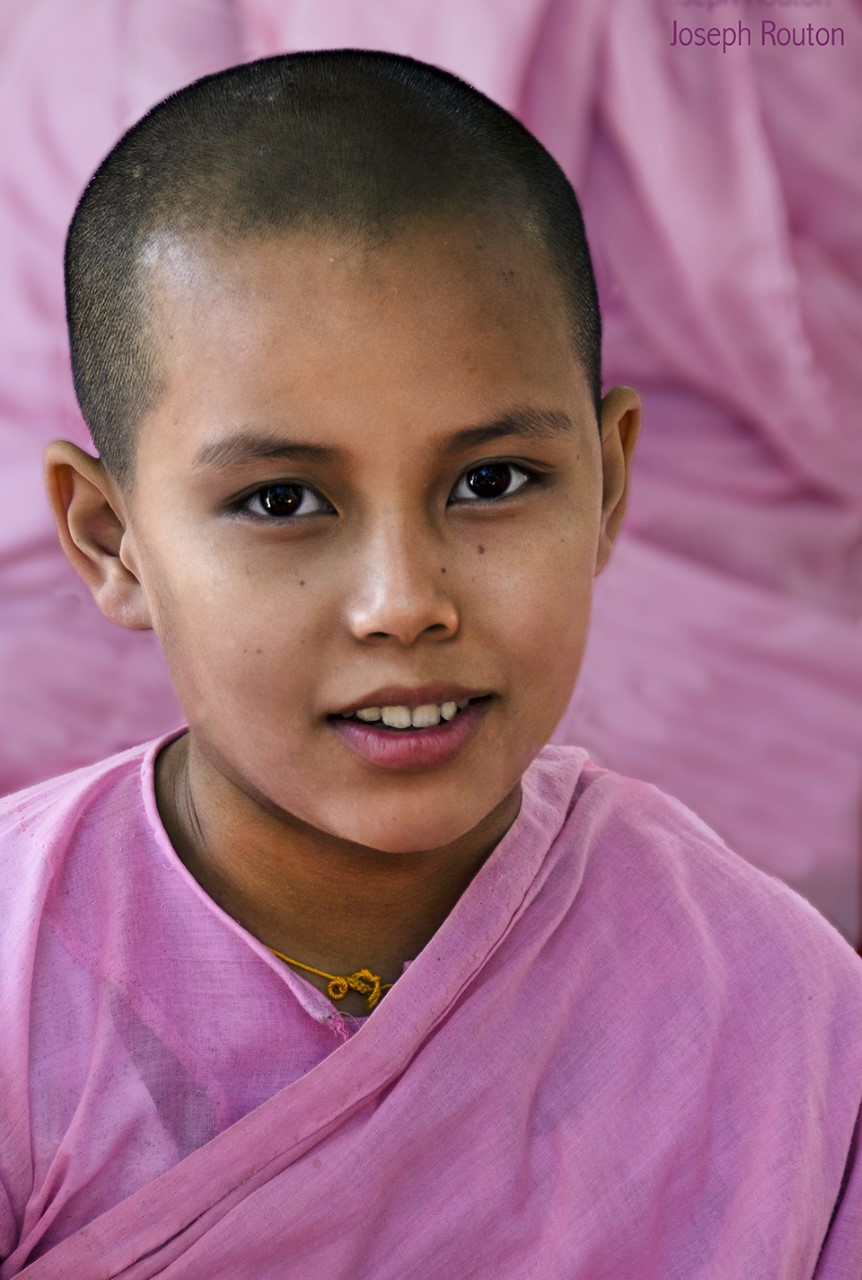 Monks wash themselves in the monastery pool before meditation. 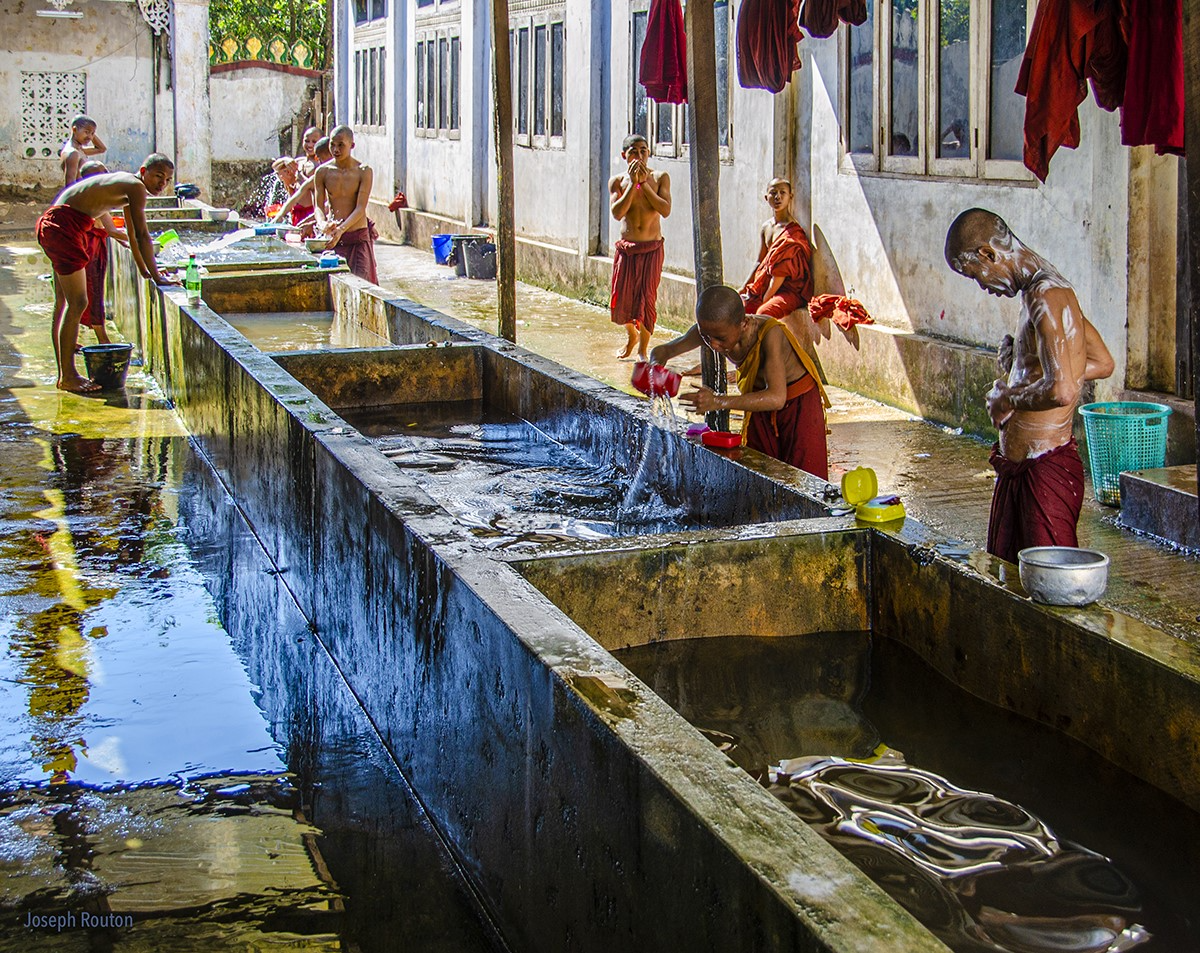 Monks usually follow the traditional rule from the time of the Buddha and eat only one meal a day, before noon. Eating in silence is a necessity for monks. When you eat, your mouth is used for that purpose, and talking is a distraction and impractical. There is little or no snacking outside meals. 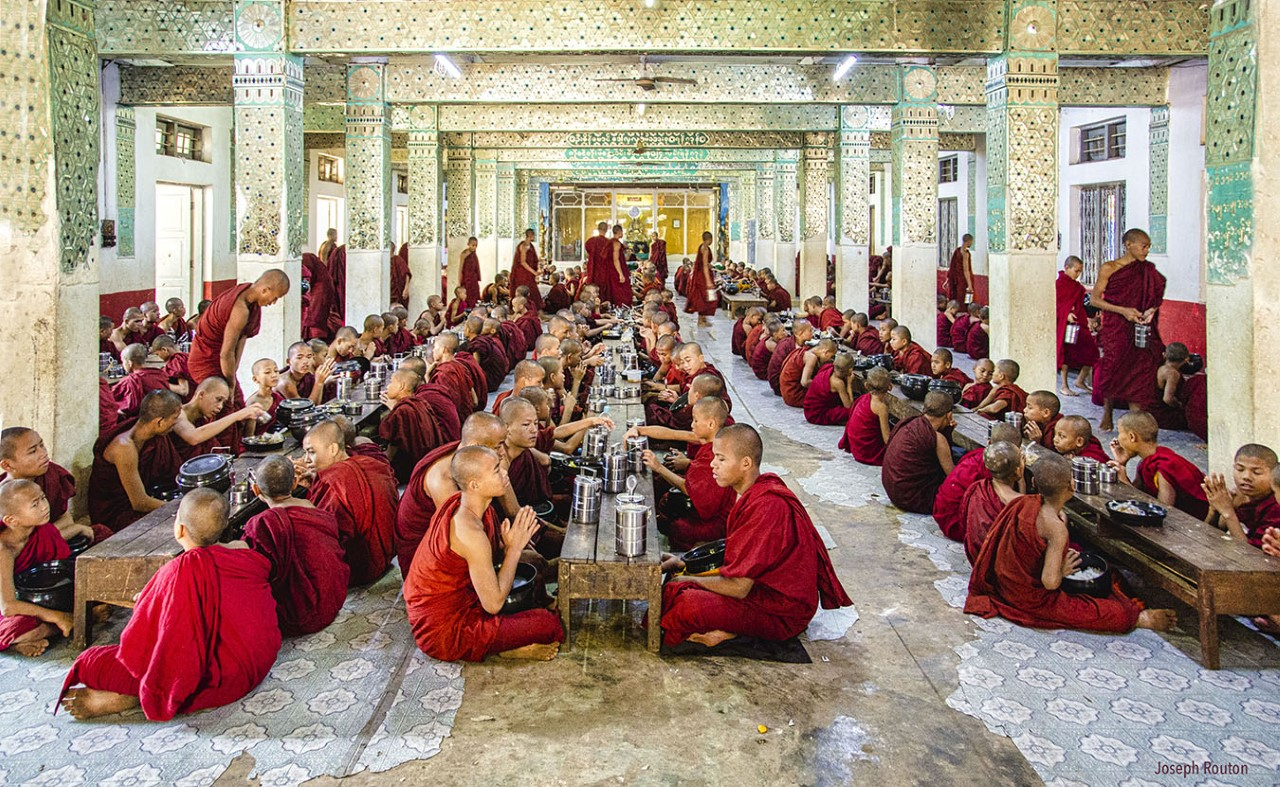