Tony Eales from Queensland weighs in with photos documenting a nice story of parasitism and mimicry, with the mimicry being an orchid that deceives a male wasp into trying to copulate with it. (The gain is pollination for the flower; the wasp gets nothing but frustration.)

Tony’s descriptions are indented; click on the photos to enlarge them.

I came across something quite special on the weekend. It’s a terrestrial orchid Arthrochilus prolixus, AKA Wispy Elbow Orchid. 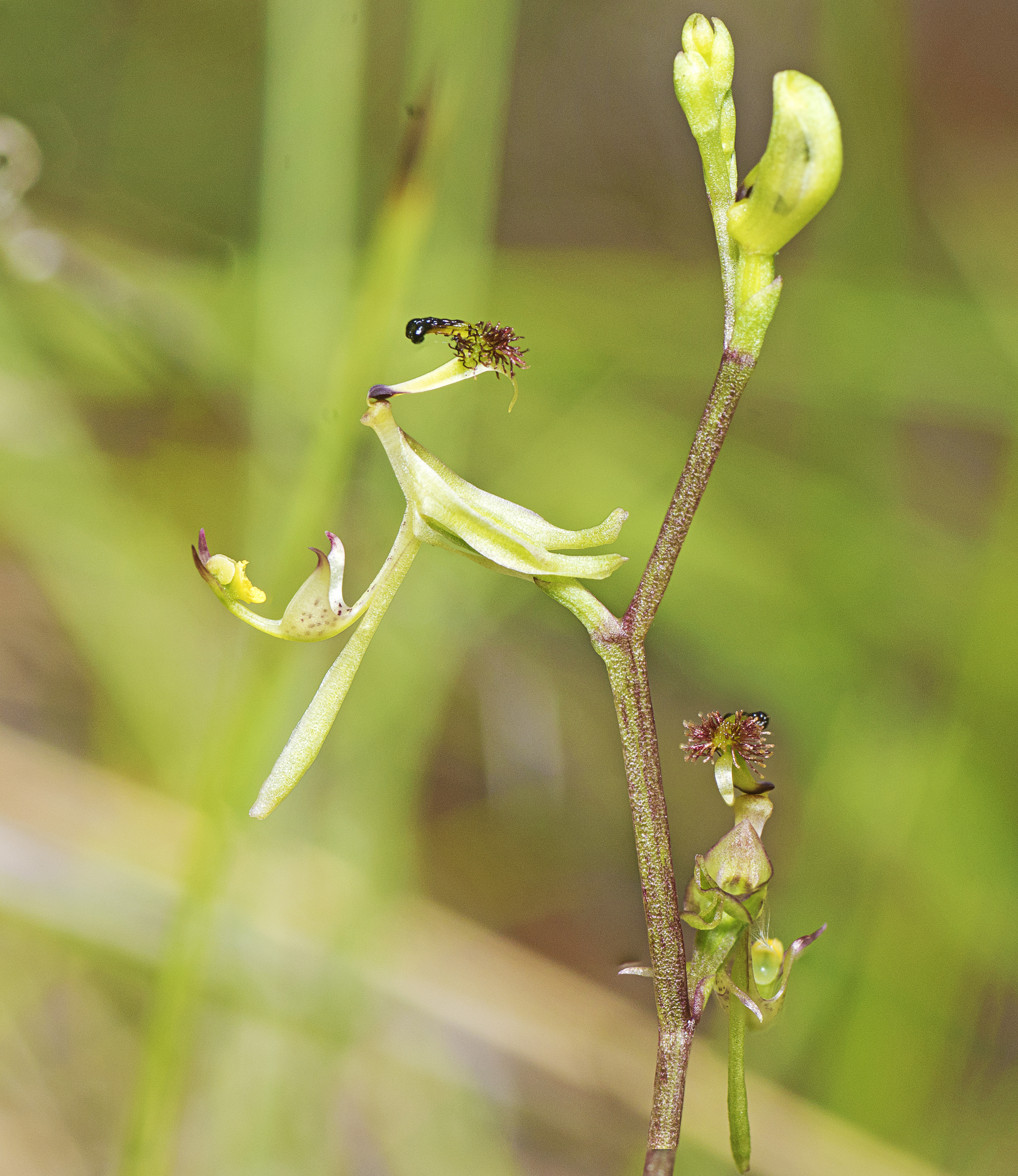 This orchid by sight and smell imitates a wingless female Thynnid wasp. Female Thynnids often sit at the top of a blade of grass waiting for a male to find them. It is this behaviour the orchid takes advantage of.

JAC: Note how the orchid above imitates a waiting female.  The male mates with the orchid, getting pollen on its back, and then, because wasps aren’t that smart, eventually tries to mate with a different orchid, whereupon the pollen from the first orchid detaches and pollinates the second one. (Note the stamens in the orchid at lower right above.) This is known as pollination by “pseudocopulation.” 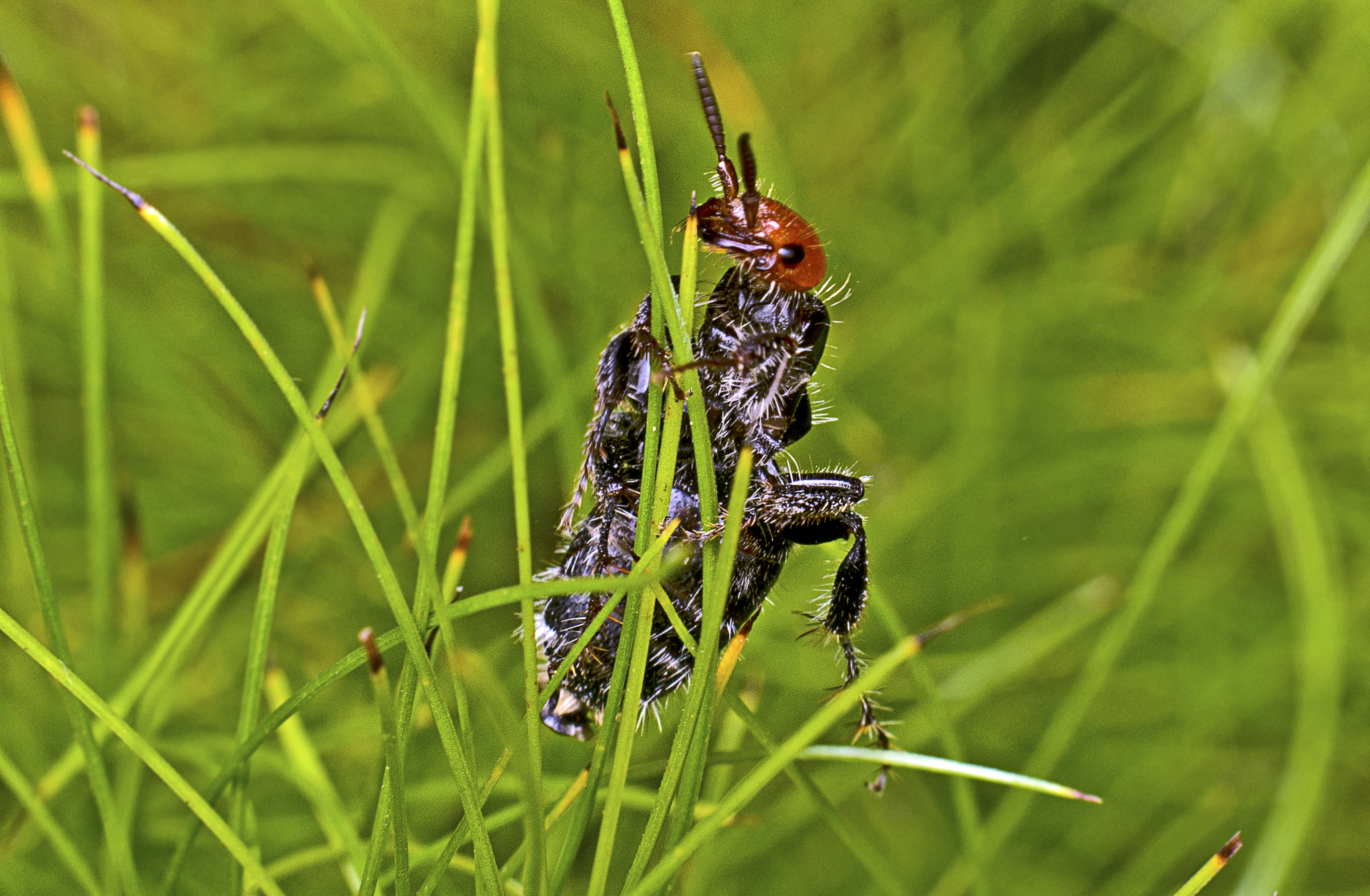 Thynnid males pick up females and carry them around while mating for many hours. 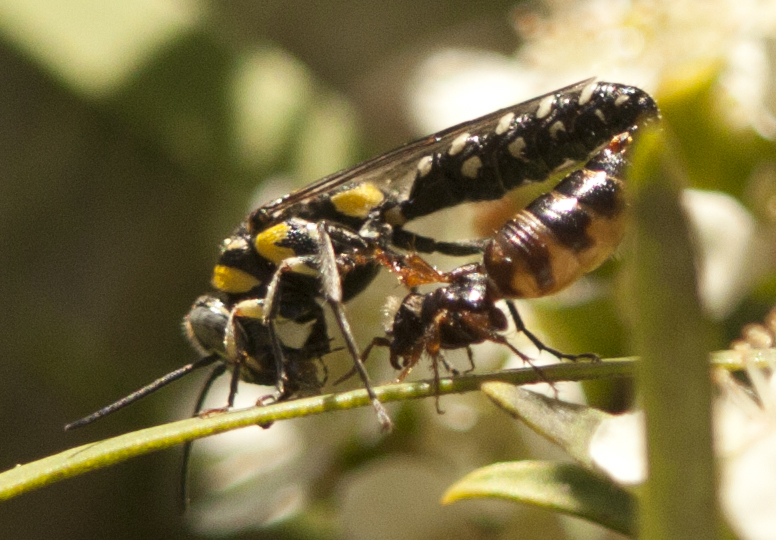 Thynnids are parasitoids of scarab beetle larvae. Scarabs live under ground or within litter for a year or more, feeding and growing. As larvae they are often known as Curl Grubs (and I realise I don’t have any photos of curl grubs which is strange, only adults). [JAC: see a photo here.] 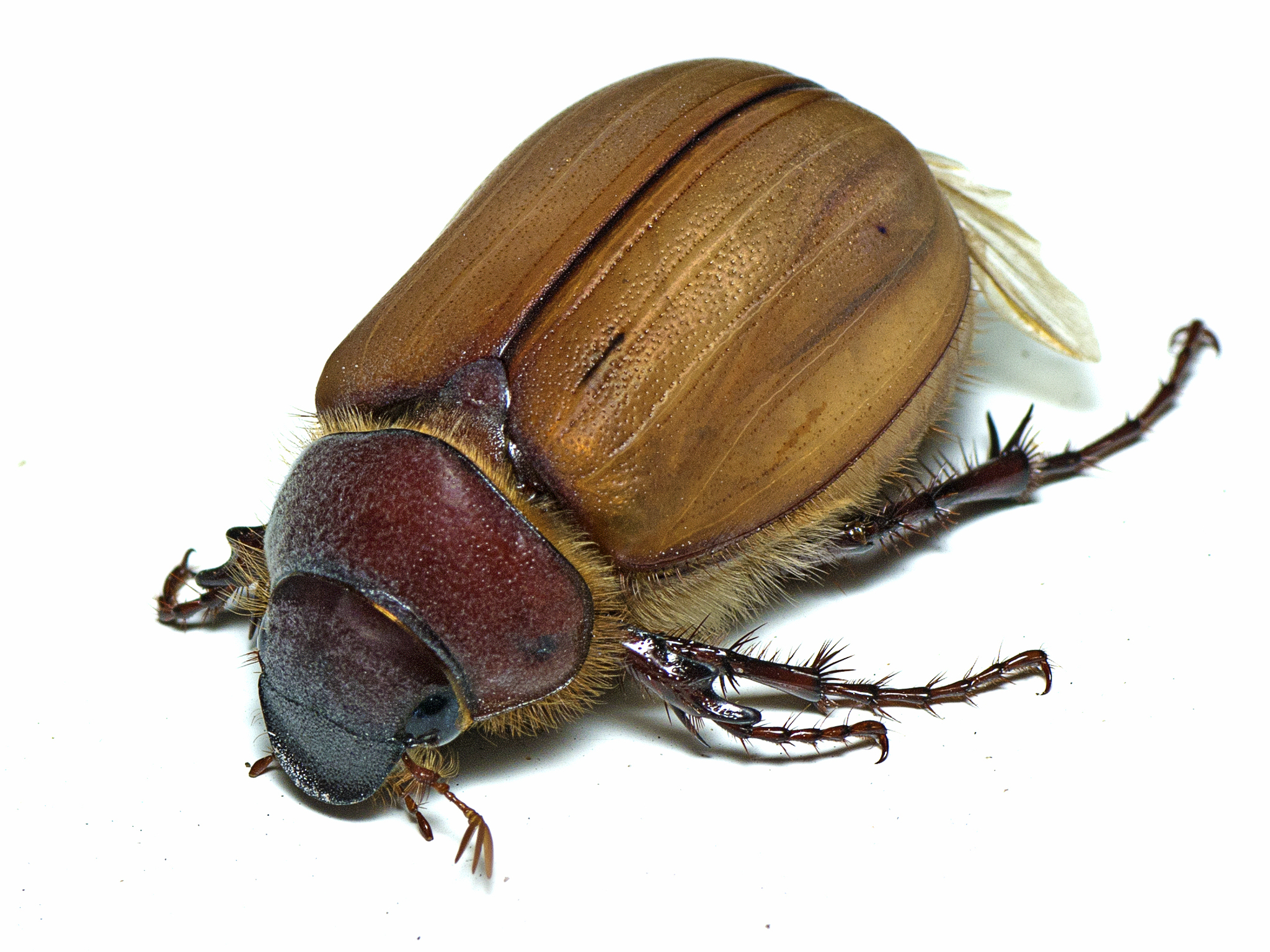 The females deposit a single egg on any scarab larvae they find which grows and eats the larvae until emerging as an adult wasp and digging out.

Here’s a photo of a male I observed busily pulling back leaves off the ground as a newly emerged female was making her way out. 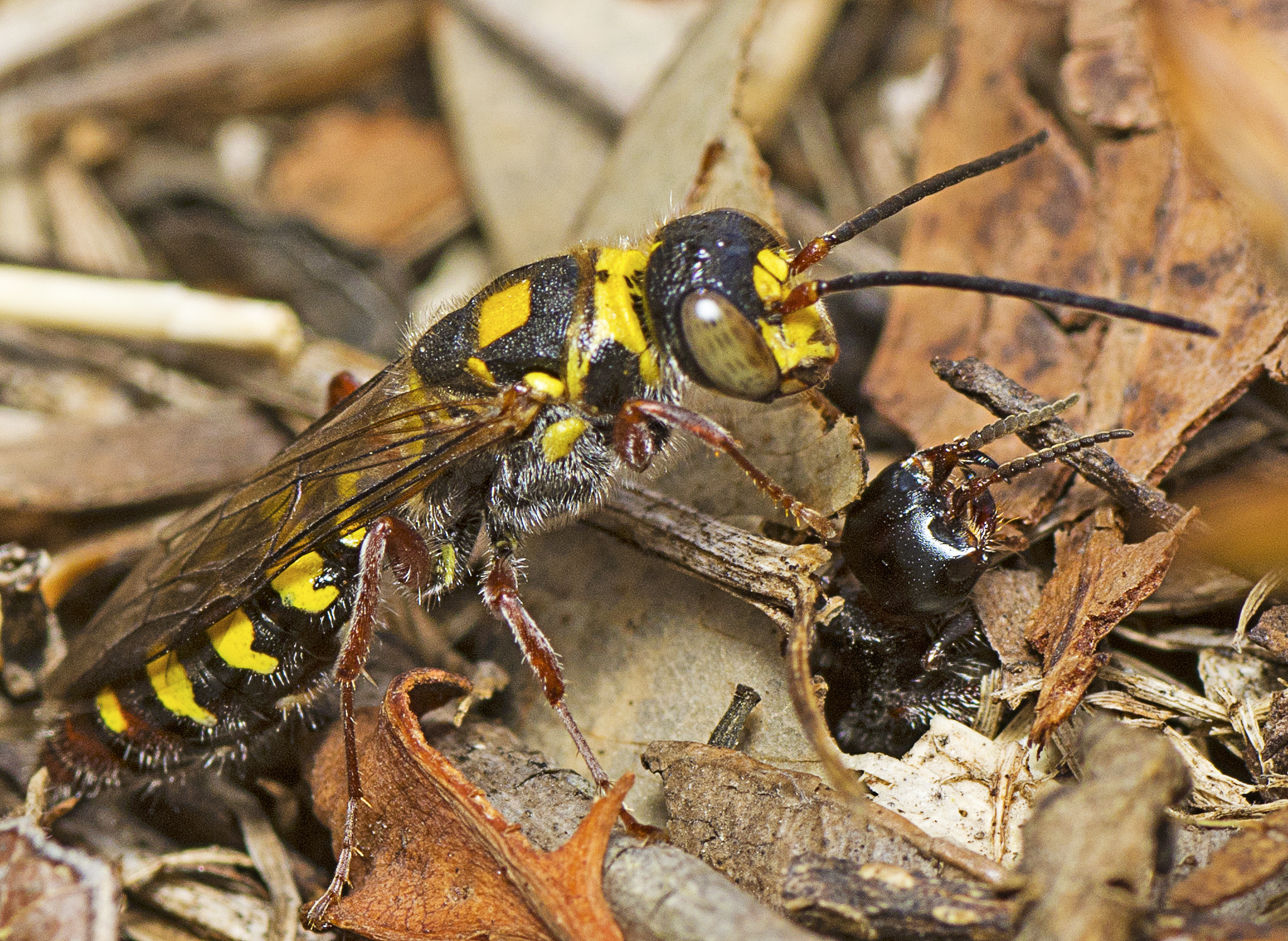 There are around 2000 species of Thynnid in Australia of which only about a quarter have been described and named. As far as I can tell no-one yet knows the species that pollinates the orchid that I found.

Here’s a good article on Australian Thynnids for the layperson.

And here is a paper describing how a different species of elbow orchid tricks the wasps into getting a wad of pollen attached to the right spot on their back with great pictures.