I’m back to reading a lot during the pandemic, as I’m simply tired of looking at the Internet as a distraction. And so I finished two books this week: one excellent and one so-so. Let’s start with the good one, which I read so long ago that it seemed new to me. Reading The Plague is especially apposite at the moment as it can be read the contest of the pandemic. Can it illuminate our current experience? The answer is yes and no.

And it was this old edition that I read (click to go to the Amazon site): 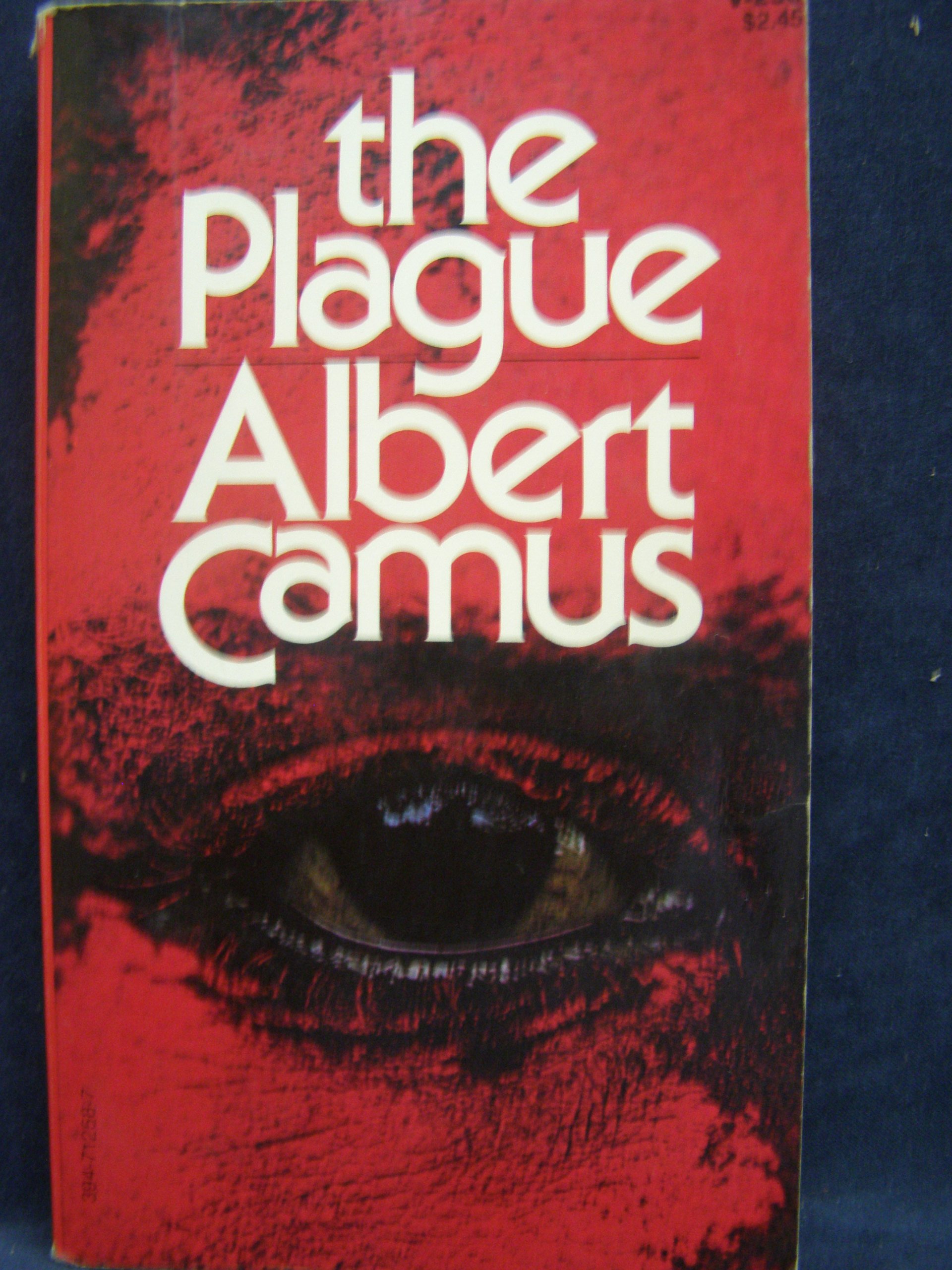 At about 280 small pages, those who shy away from big books will find this one doable. It’s one of the novels that won Camus the Nobel Prize in Literature, and deservedly so.  The Plague (La Peste in the original French) is considered an “existentialist” novel, and I suppose that’s because one could construe it as the fictional story of men laboring to fight a meaningless but fatal pestilence: a bubonic plague that struck the city of Oran in Algeria in the 1940s. The protagonist, Dr. Rieux, is an atheist, and realizes the senselessness of what is happening—despite the local priest’s attempt to find meaning in the epidemic—but still labors to exhaustion, seven days a week, to help the stricken. Rieux doesn’t do this because he sees it as the “moral” thing to do, but believes that relieving suffering is an aspect of human love, the only worthwhile thing he sees in our existence.

I won’t give away the plot or the spoiler (i.e., who the narrator is), but it’s worth rereading in light of the coronavirus pandemic. There are parallels (quarantines, lots of death), but also differences (no mask wearing, even though some of the plague is pneumonic, no lockdowns of businesses, and none of the peevishness that limns our behavior). But the big parallel is humanity being at the mercy of an invisible microbe, which takes lives randomly and senselessly. If that’s existentialism, so be it.

The novel rises to a climax with the narrator’s “analysis” at the end after the plague has lifted, which contains some of the book’s best writing. My favorite bit, which I’ve mentioned before, is the ending, which is wonderful even in translation. And it’s also about the futility of fighting the plague, which, though it can be temporarily conquered, will always return:

And, indeed, as he listened to the cries of joy rising from the town, Rieux remembered that such joy is always imperiled.

He knew what those jubilant crowds did no know but could have learned from books: that the plague bacillus never dies or disappears for good; that it can lie dormant for years and years in furniture and linen chests; that it bides its time in bedrooms, cellars, trunks, and bookshelves; and that perhaps the day would come when, for the bane and enlightening of men, it would rouse up its rats again and send them forth to die in a happy city.

I read this one on—as I recall—the recommendation of a reader here. But perhaps not. At any rate, I was drawn by the topic: Daum’s disillusionment with wokeness and her discovery of “IDW” members like John McWhorter, Glenn Loury, Christina Hoff Sommers, and Bret Weinstein. This is journey that many of us have taken, and I wanted to see what Daum had to say about it. 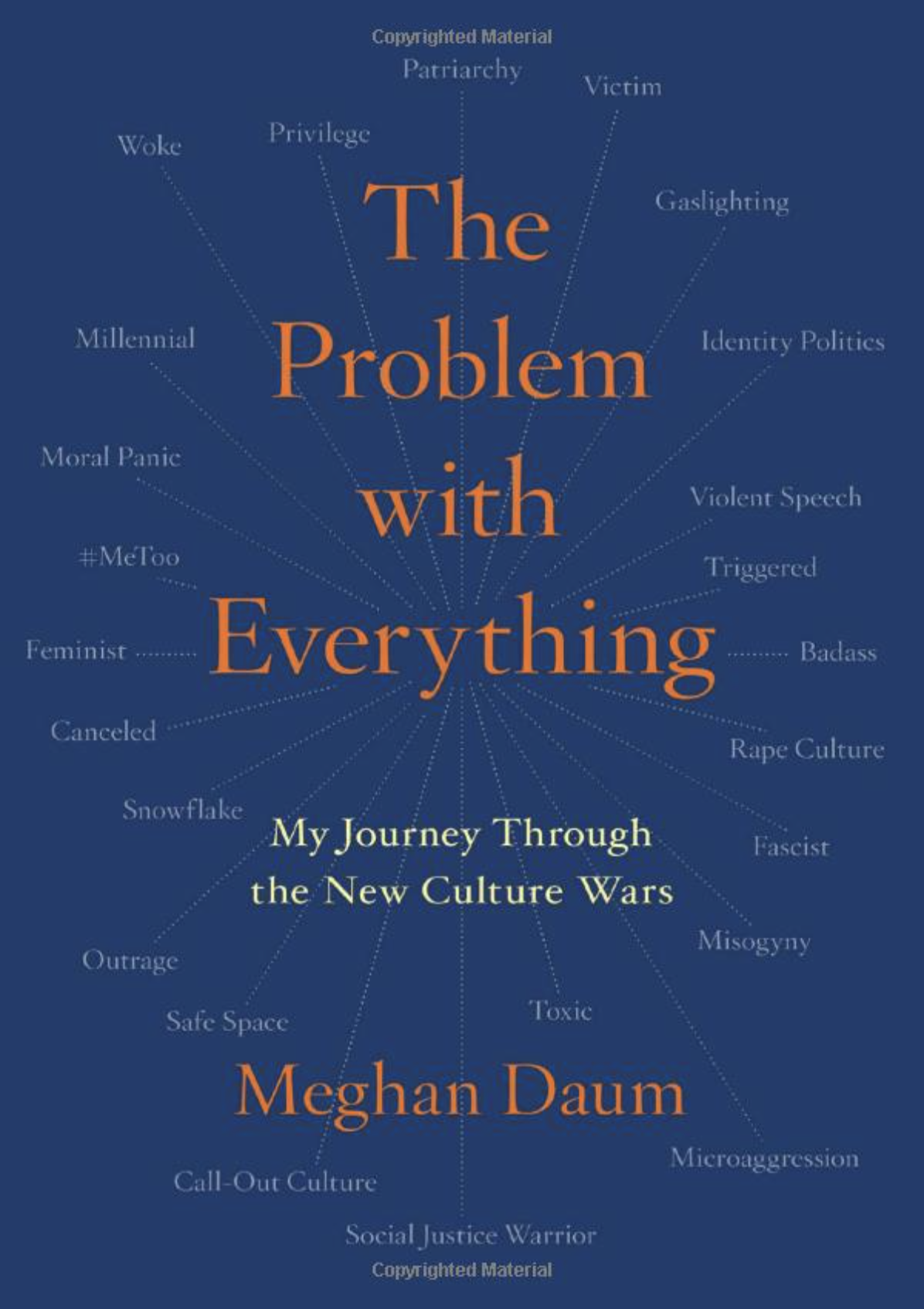 I didn’t find the book absorbing, but perhaps that’s because I already share Daum’s intellectual criticism of wokeness and had undergone the political changes that describes at length, embroidering them with details about her crumbling marriage and her disillusionment with feminism. In my view, Daum provided too little meat and tried way too hard to be clever, throwing in personal information that didn’t enhance her thesis—if she has a thesis. Daum is a big fan of Joan Didion’s writing, but doesn’t have the chops to emulate her, nor Didion’s ability to make the personal sufficiently impersonal to be interesting to the reader.

It’s a solipsistic book that I don’t think would enlighten many of us. Read it at your own peril.

What next? Below a book that came highly recommended from an expert: literary critic James Wood of the New Yorker. Having met James in Cambridge MA (he teaches at Harvard) and discussed with him the idea of whether literature was a “way of knowing” (I won’t divulge his take), I wrote him asking if I should read a copy of Donna Tartt’s The Goldfinch that I found in a free book box.

The Goldfinsh won the Pulitzer prize in 2014, and I was about to start it when Wood replied and said that he much preferred a wonderful 2006 novel, translated from the German by Anthea Bell in 2015, that he had extolled several years ago in The New Yorker.  All for Nothing is clearly one of Wood’s favorite modern novels. He warned me not to read his review before I read the book, as he gave spoilers. So I haven’t, but will start this book today: 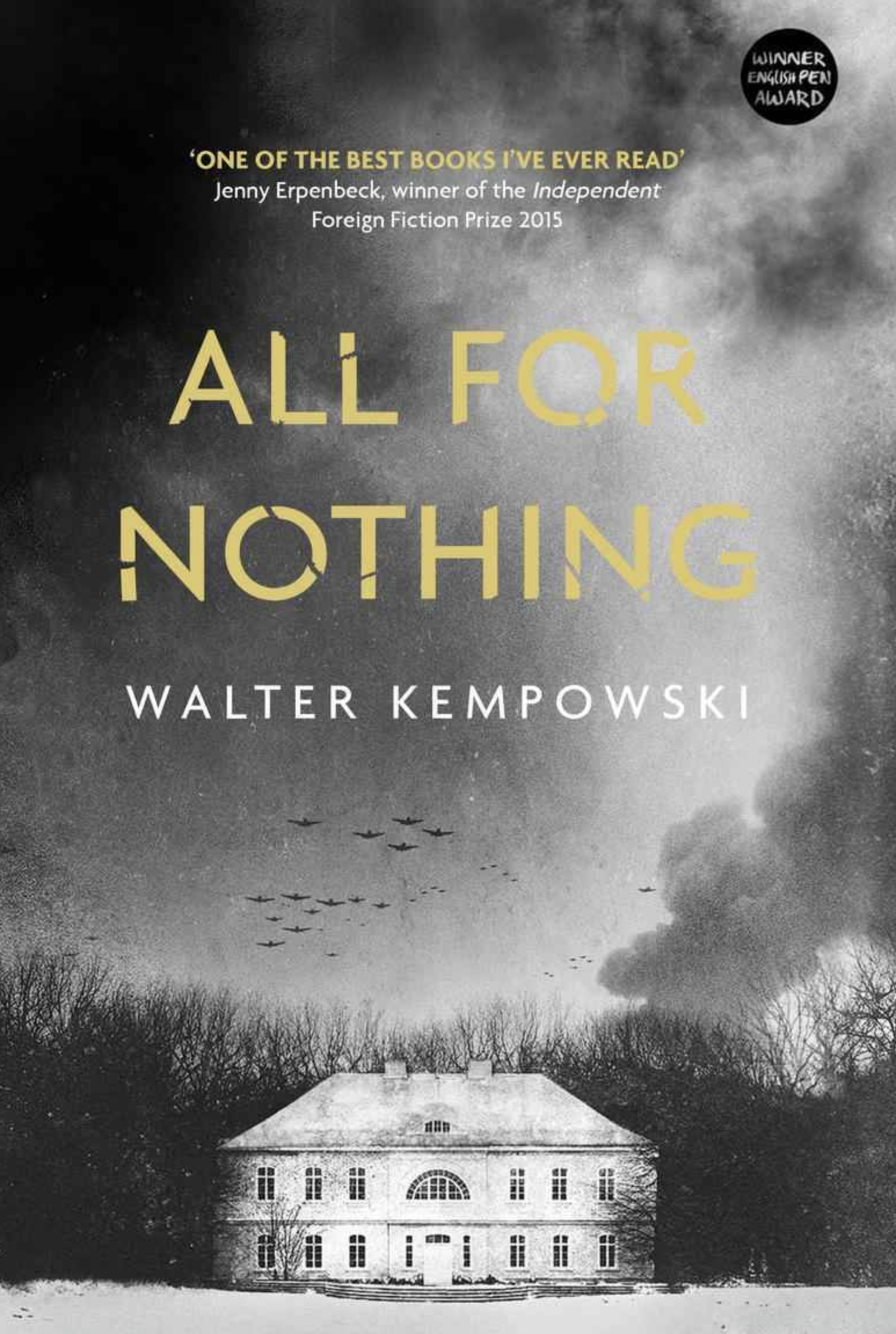 So that is my latest reading. Your turn: what books have you liked lately?