This may inflame the mob more, but we have some good news from Georgia.  The second Senatorial election has been called by several sources for the Democrat Jon Ossoff.

With exactly half of the Senators now Democratic, the deciding vote in the many ties to come will go to the Vice President of the U.S., who happens to be Democrat Kamala Harris.  That the tying vote comes from the VP will drive Republicans crazy—if they can be crazier than they’re acting now. (n.b. I am not indicting all Republicans. Yes, there are some reasonable ones—ones who are appalled by what’s happening in Washington.) 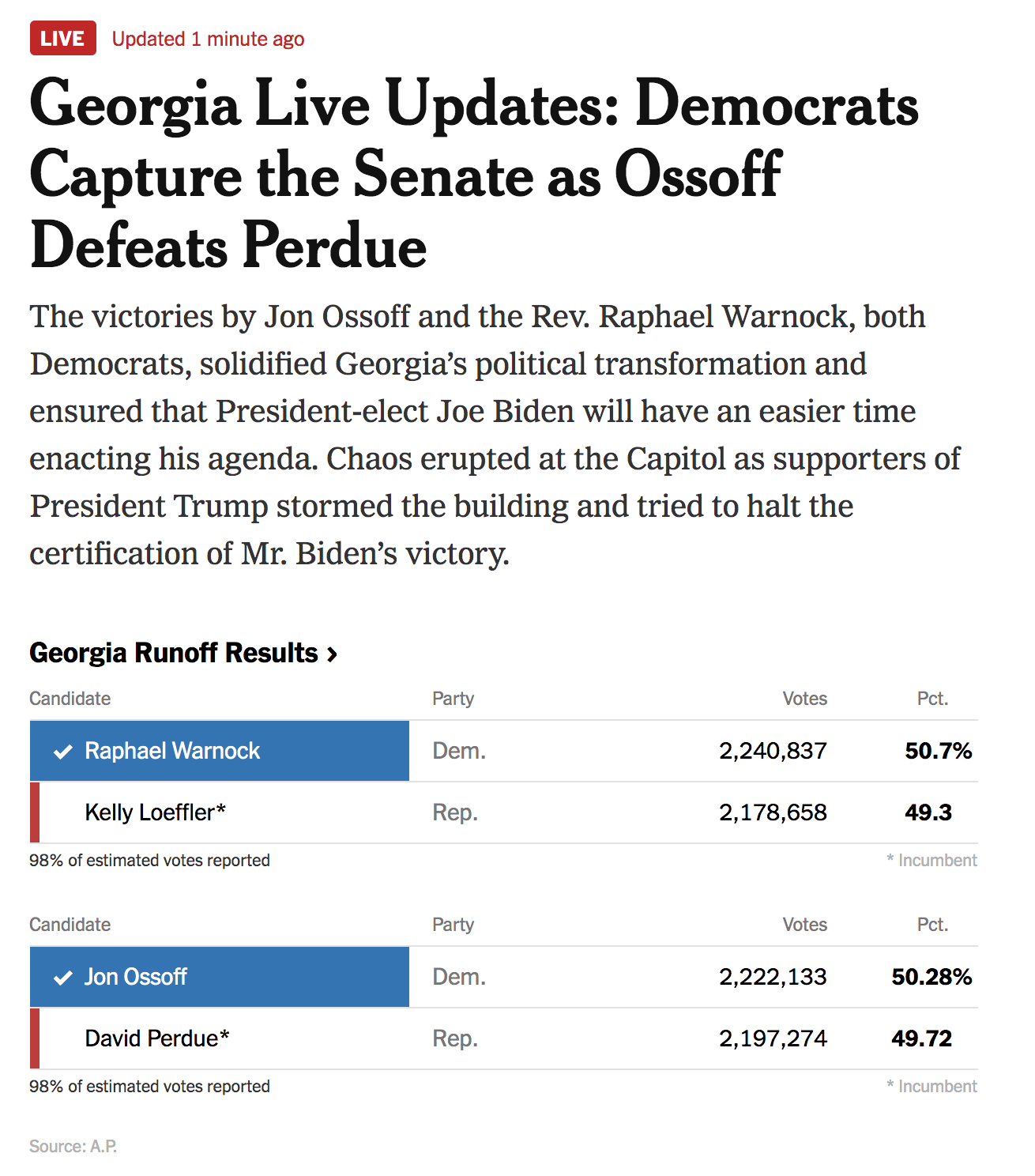 54 thoughts on “Ossoff wins Senate seat in Georgia, both houses of Congress now with a Democratic majority”