Again I importune you to send in your phots. In a few days the situation will be dire!

Today, though,  we have a diversity of photos from Rachel Sperling, including Lepidoptera, landscapes, and herself. Her captions are indented; click on photos to enlarge them.

Here are a few wildlife photos for your site, taken around New England and New York this summer and fall. 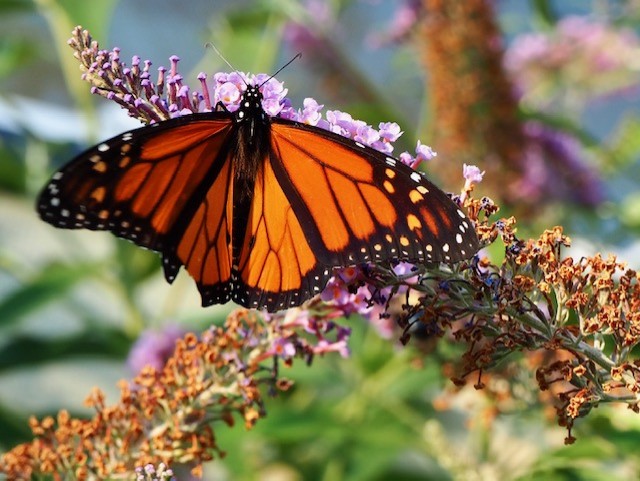 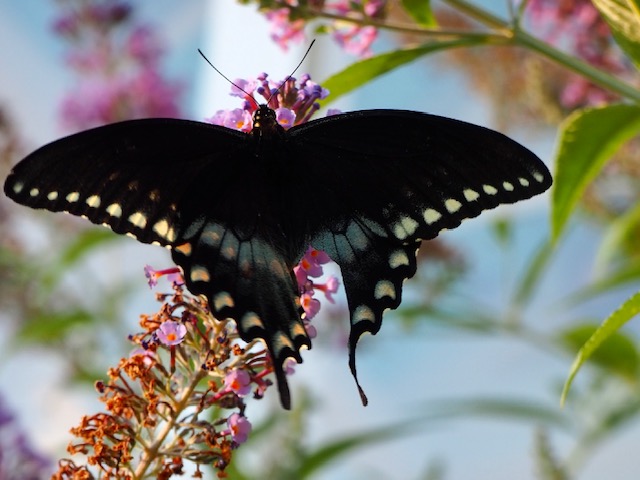 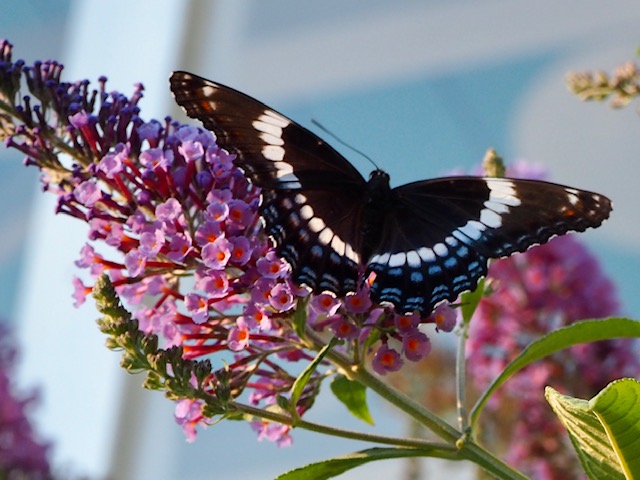 Hummingbird clearwing (Hemaris thysbe), a moth in the Sphingidae (hawkmoth) family. They really do resemble hummingbirds at first glance and they’re hard to photograph because they don’t stop moving! Not for me, anyhow. 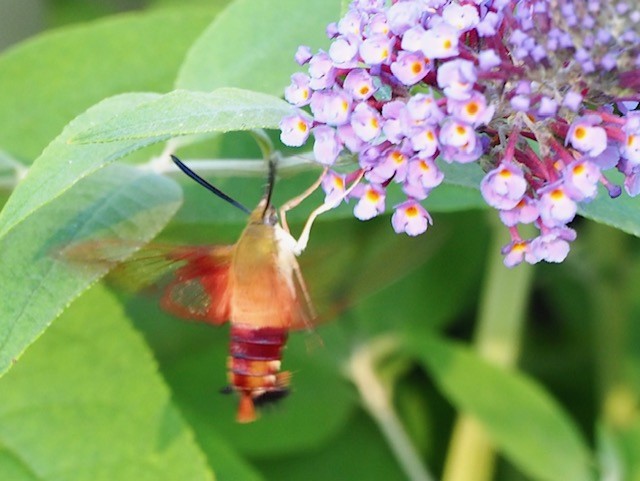 Common loon (Gavia immer) on a small lake in the southern Adirondacks this August: 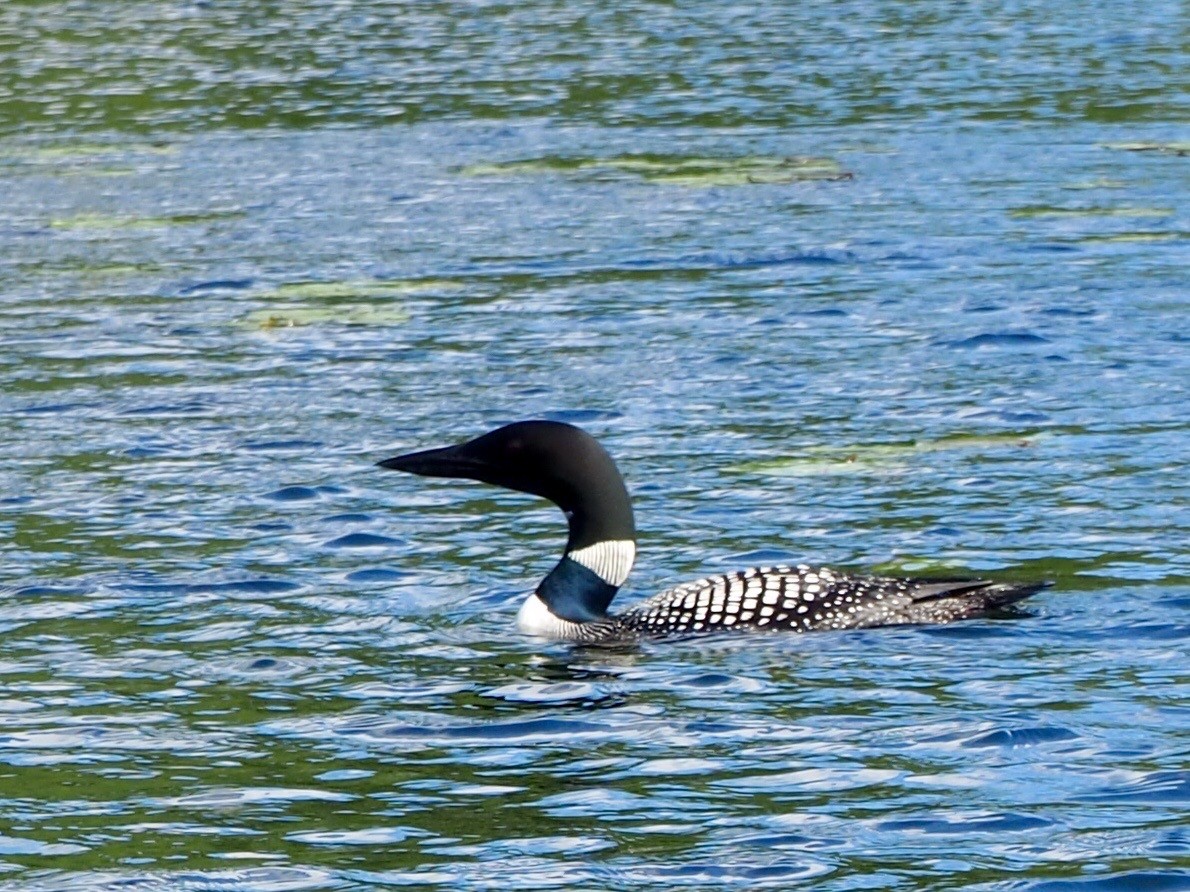 White oak (Quercus alba) on the Appalachian Trail in Pawling, New York. This particular oak, known as the Dover Oak, is at least 300 years old and is thought to be the biggest oak (if not the biggest tree) on the entire 2,190-mile trail. I guess I AM an unabashed tree-hugger. 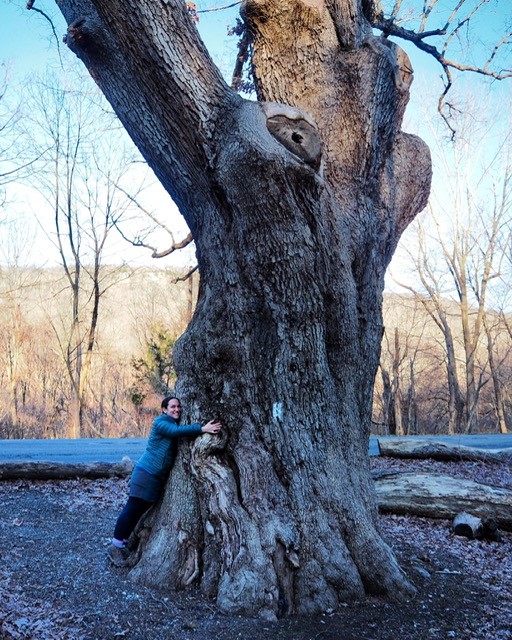 This black birch (Betula lenta) also known as a sweet birch or spice birch, is also on the AT in New York … and is clearly possessed by some kind of angry spirit. Consensus among hikers is that it was hit by a shotgun shell some years back (it’s still alive). I’d be angry too. 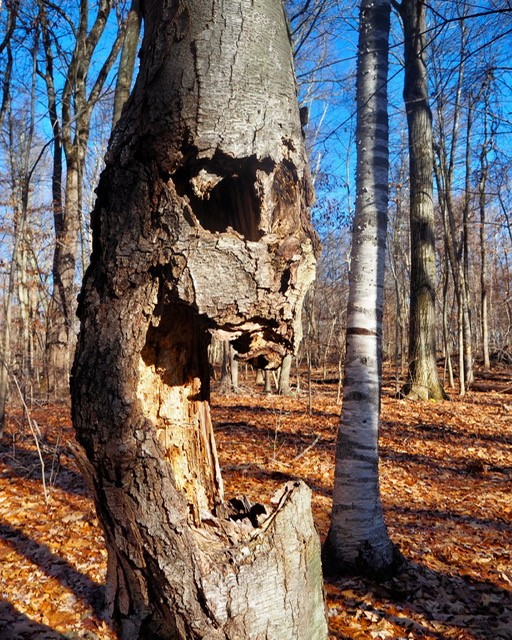 Smooth rock tripe (Umbilicaria mammulata) on a boulder on the AT in New York, though I’ve seen it almost everywhere I’ve hiked in the northeastern US. [JAC: This is a lichen.] So-named because of its resemblance to tripe (cow’s stomach) it’s apparently edible as a last resort. (According to accounts, George Washington’s men ate it to keep from starving at Valley Forge.) 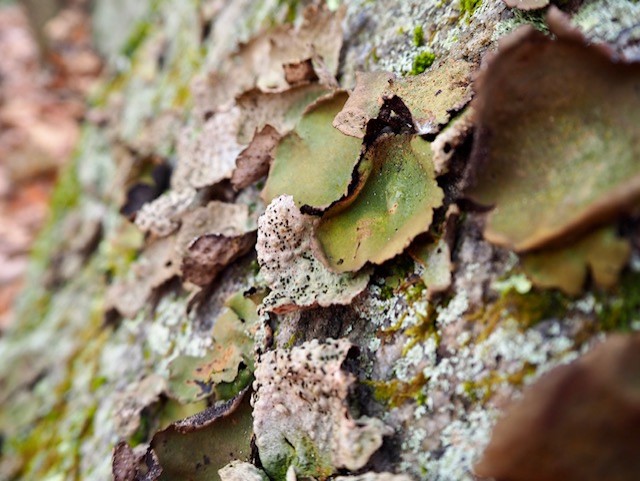 I don’t know if you’re still collecting photos of readers, but this is me (Homo sapiens) on the summit of Mount Mansfield, highest peak in Vermont, trying not to get blown over by the high winds (I think it was gusting around 30mph, maybe more). There wasn’t much of a view at the summit, but once I began my descent, the clouds dispersed and it got better. This was back in late September. When I’m not hiking, I’m a librarian at a university in Connecticut. 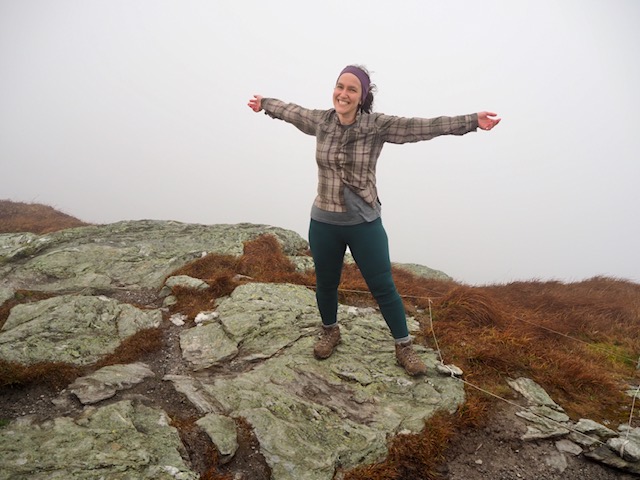 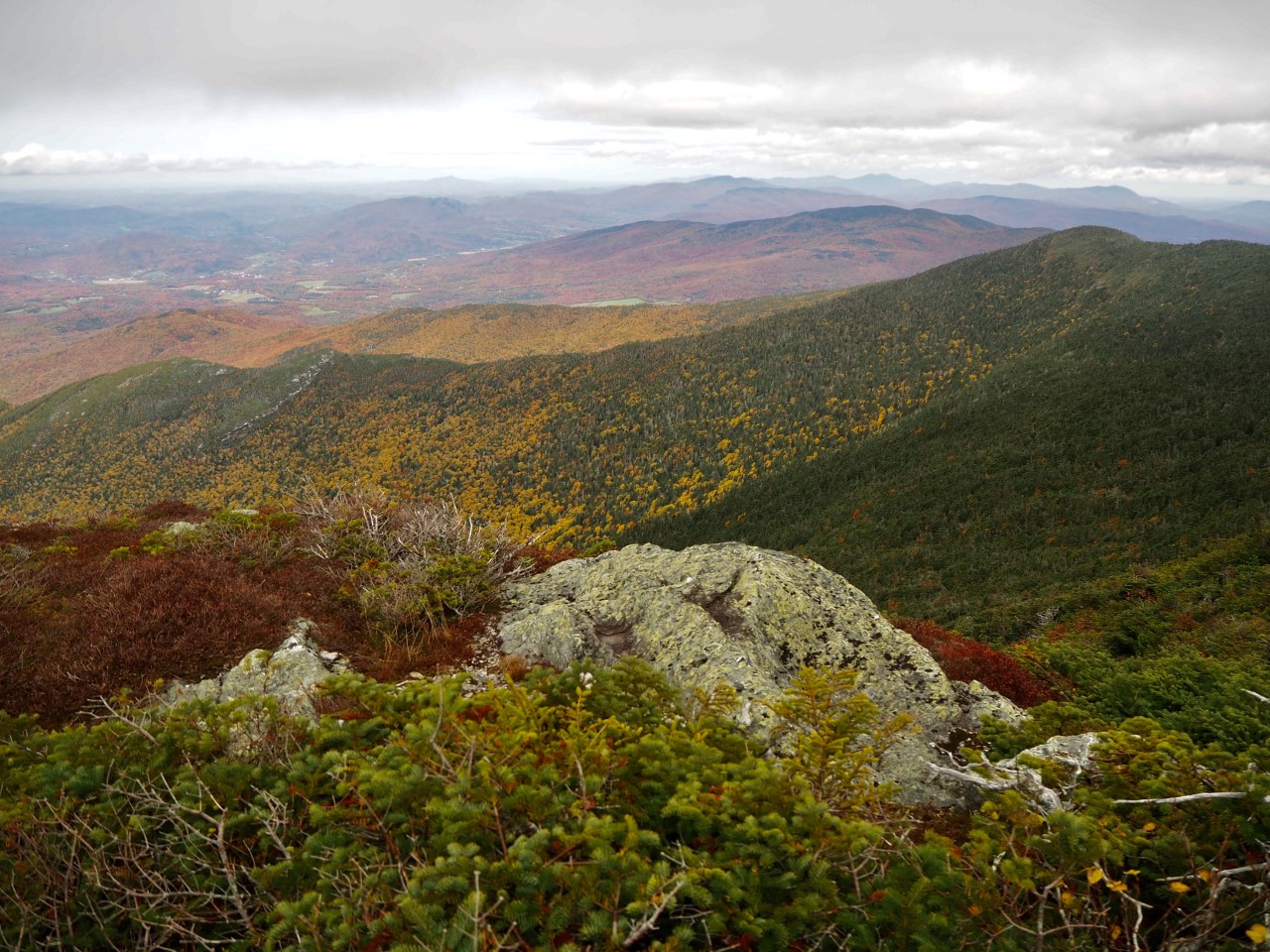 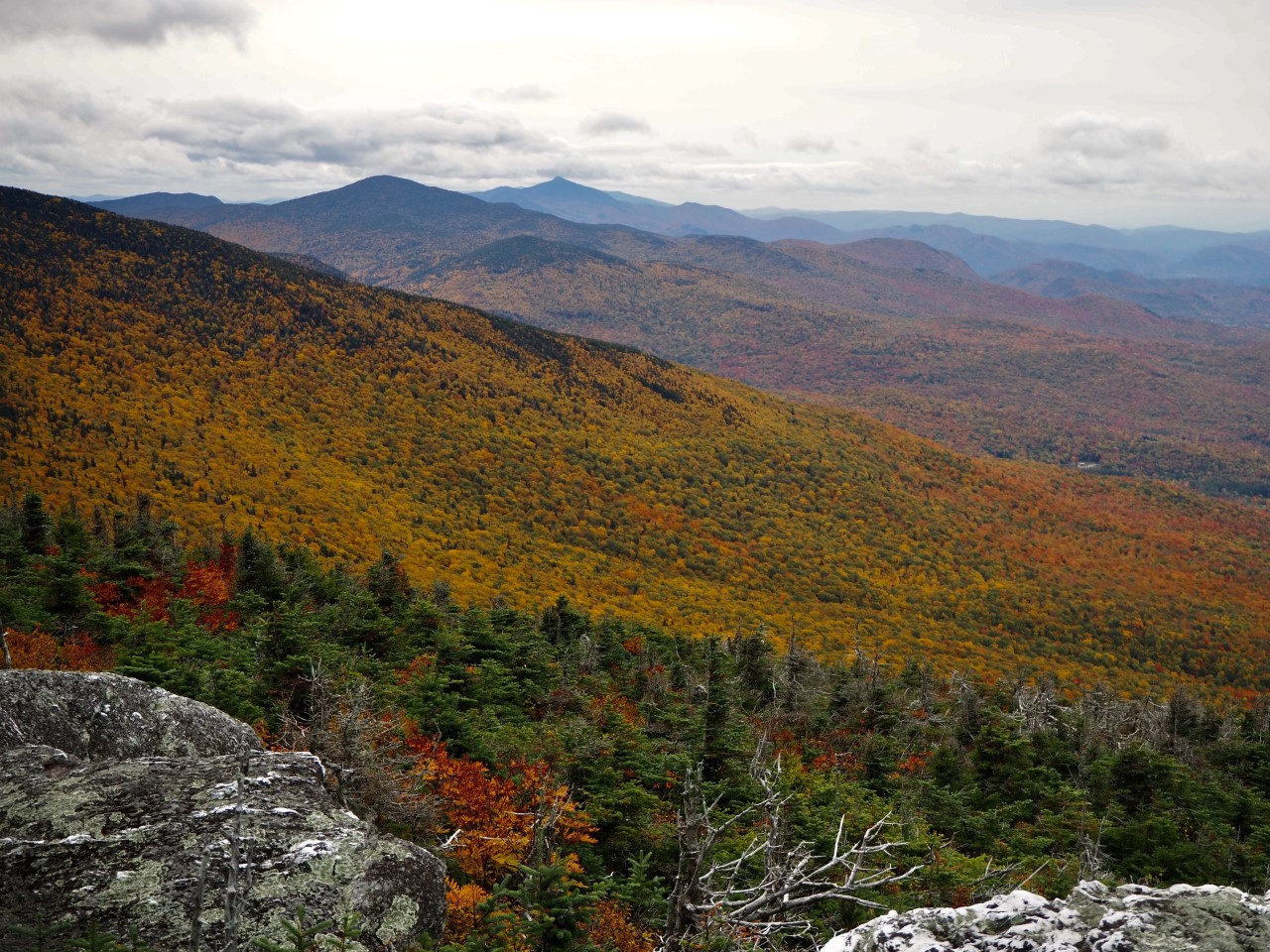 “I didn’t mean to climb it, but got excited and soon was at the top.” – John Muir