A few years ago I got an email from a colleague who was disturbed about the anti-science attitudes of the New Yorker, which include an emphasis on “other ways of knowing” —often through the arts and literature. But first I’ll repeat my colleague’s analysis:

The New Yorker is fine with science that either serves a literary purpose (doctors’ portraits of interesting patients) or a political purpose (environmental writing with its implicit critique of modern technology and capitalism). But the subtext of most of its coverage (there are exceptions) is that scientists are just a self-interested tribe with their own narrative and no claim to finding the truth, and that science must concede the supremacy of literary culture when it comes to anything human, and never try to submit human affairs to quantification or consilience with biology. Because the magazine is undoubtedly sophisticated in its writing and editing they don’t flaunt their postmodernism or their literary-intellectual proprietariness, but once you notice it you can make sense of a lot of their material.

. . . Obviously there are exceptions – Atul Gawande is consistently superb – but as soon as you notice it, their guild war on behalf of cultural critics and literary intellectuals against scientists, technologists, and analytic scholars becomes apparent.

Today’s topic, though, is “other ways of knowing through folk wisdom“. In particular: ways of healing used by indigenous people. Now this shouldn’t be rejected out of hand; after all, many modern remedies, like quinine, derive from plants used by locals. But that doesn’t imply a wholesale endorsement of “the collective lived experience” touted in this video about plant-based healing. For the “collective lived experience”, after all, sometimes includes shamanism and, in the example below, “spiritual elements” as a way of curing disease. And here the disease that “lived experience” tackles is something the Siekipai of Ecuador have never experienced: Covid-19.

Reader Jeff Gawthorpe saw a New Yorker video at the link below; I’m not sure whether you’ll have free access, but you will using the yahoo! finance link at the bottom, where the video was republished.

Jeff is about as distressed as I by the fulminating wokeness of the magazine and delivered his critical “review” of the video, which I asked if I could put up in full, including his name. (I don’t like paraphrasing other people’s words, especially when they’re as good as the analysis below). Jeff said that was fine, and so here is his take, indented. I have to say that I agree with it, and have a few comments of my own at the bottom.

Around 30 minutes ago I happened across a dreadful video on the New Yorker‘s website, which drove my temptation to meet head with keyboard through the roof. This piece of ‘journalism’ was entitled: “Fighting COVID-19 with Ancestral Wisdom in the Amazon”. And yes, It’s as bad as it sounds: unscientific, irresponsible nonsense. Complete tosh.

The message which the piece attempts to convey is that COVID-19 can be dealt with by ‘lived experience’, ancient ‘ways of knowing’, and a few bits of boiled tree bark. Then, if you hadn’t had enough already, Just before the end, a caption pops up saying: “With a new stock of plants, the Siekopai are prepared to address future outbreaks of the virus according to their traditions.” Urrrhhgg.

You’ll notice that they are canny enough to maintain a degree of plausible deniability by making no definite claims. To me this demonstrates the very worst of journalism:

That’s bottom of the barrel journalism at the best of times, but now it’s irresponsible, reckless even. It presents a clear message that indigenous knowledge and ancient wisdom are perfectly acceptable ways of dealing with the pandemic. At no point is it mentioned that these ‘remedies’ are not backed by evidence, clinical or otherwise.

As you know, many western societies have huge anti-vax movements which often distrust and denounce mainstream medicine. Unfortunately, this video just adds fuel to the anti-vaxers fire. By failing to mention that these plant ‘remedies’ have zero efficacy, they are providing implicit support to the anti-science, anti-vax groups. Worse still, they are acting like digital snake oil salesmen, imbuing members of the public with false confidence that that they can avoid or fight off this virus with a couple of well chosen tree bark specimens. It’s dangerous, irresponsible nonsense. 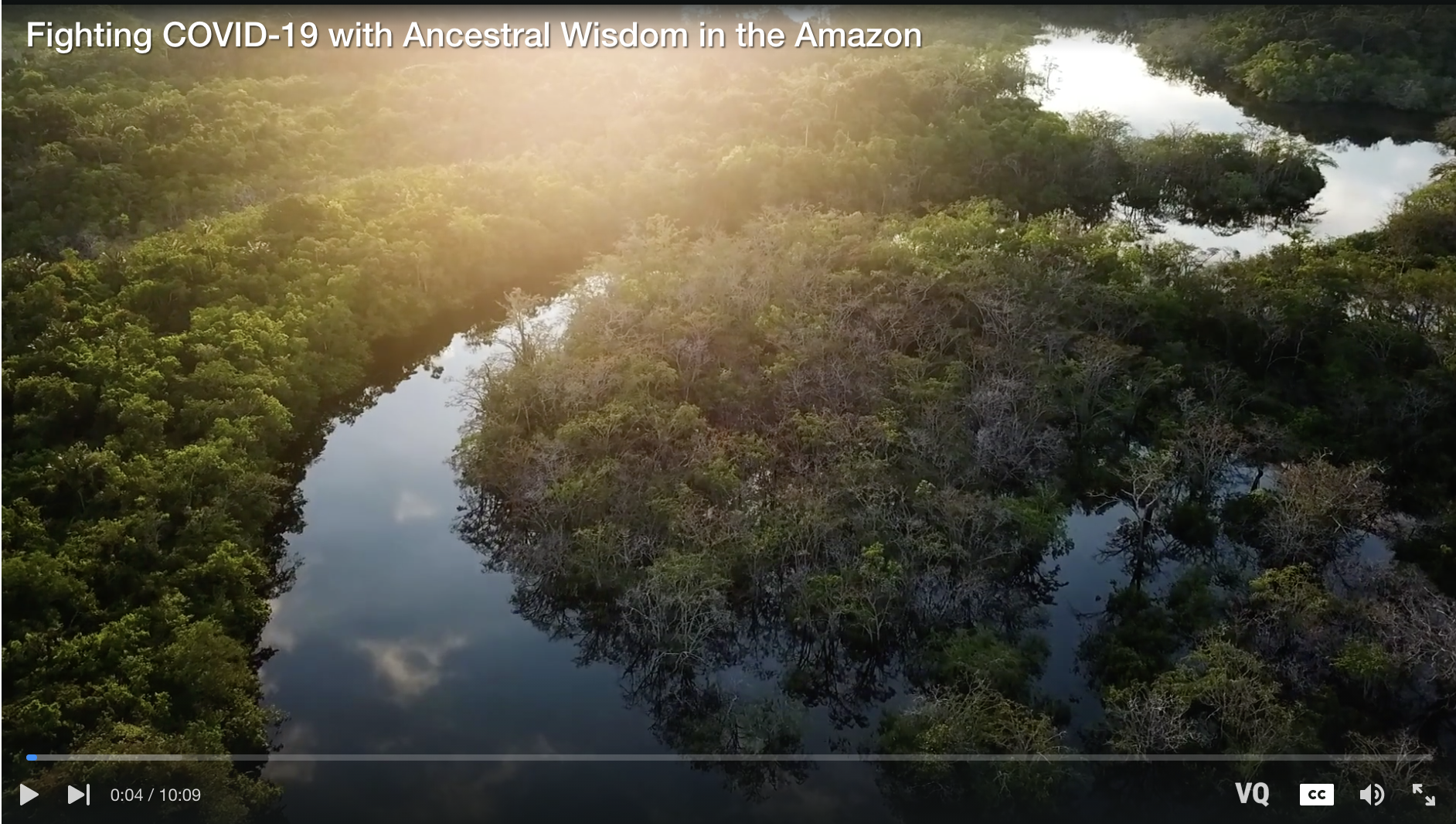 My own comments are few. First, it looks like the “remedy” includes cinchona bark, the source of quinine, as a palliative (the remedy seems directed at symptomatic relief rather than a cure).

Second, even “lived experience”, while useful, is no substitute for double-blind clinical trials. Granted, the Siekipai can’t do that, but they sure as hell should take the vaccination when it gets to them.  And, like Jeff, I think it’s totally irresponsible of The New Yorker to present this video without any kind of caveat. After all, when Trump skirts the truth, they don’t hesitate to correct him.  I guess “lived experience of indigenous people” is a different matter—it’s not as if they’re recommending drinking bleach or anything.

22 thoughts on “Guest post: The New Yorker suggests that “other ways of knowing” can cure Covid-19”