As CNN reports, the federal government has already executed eight inmates in federal prisons in 2020, a big number. But it gets worse, as now there are five more prisoners scheduled to be executed by the feds before Inauguration Day. This is all since Attorney General William Barr order federal killings to be resumed in July 2019—following a 17-year moratorium on killing federal prisoners. As I’ve said before, Trump has the authority to stay the executions, and that would allow the Biden administration, with Joe opposed to capital punishment, to determine the fate of the prisoners.

That would be the charitable thing to do, but, as the article reports, “”What is clear is that this administration wants these prisoners dead before Joe Biden takes office,” Executive Director of the Death Penalty Information Center Robert Dunham told CNN on Monday.”  To Trump, I suspect, these men—and one woman—are simply pawns that he can sweep off the board to curry favor with his acolytes. But they are human lives.

If you’re opposed to the death penalty as barbaric, non-deterrent (why not televise executions if you want a deterrent?), useful only to satisfy feelings of retribution, and, above all, a penalty that can’t be undone if the convicted person is exonerated (there have been many), then this is bad enough. But it gets worse. As reader Ken informed me, the U.S. Department of Justice has filed a a proposed rule change, effective on Christmas Eve, that would add three other forms of execution to the presently mandated lethal injection: suffocation by nitrogen gas (never before used), electrocution, and firing squads Some of these are already legal for state executions.

Why the change? The Federal Register link above says this (my emphasis):

Execution by lethal injection is authorized in all States that have capital punishment. . . . However, some States also authorize execution by other means in certain circumstances. . . . Some States also provide by law that a prisoner may choose the manner of execution from among several options, in at least some circumstances. . . States may authorize execution by other means in the future, and it is possible that a State in the future will provide that a manner other than lethal injection is the only authorized means of execution. Section 3596(a) would then require execution in that manner for a Federal offender sentenced in the State.

The current regulations also provide that a Federal execution shall occur “[a]t a federal penal or correctional institution designated by the Director of the Federal Bureau of Prisons.”. . . Section 3597(a), however, provides that State and local facilities and personnel may be used in carrying out Federal executions. As discussed above, future situations may arise in which it is necessary to carry out an execution by some means other than lethal injection. However, the Federal Bureau of Prisons (“BOP”) facility for carrying out executions, located at the Terre Haute correctional complex in Indiana, is equipped for carrying out executions only by lethal injection. If cases arise in which the Department is required to execute a Federal inmate according to the law of a State that uses a method other than lethal injection, the most expedient means of carrying out the execution may be to arrange for State assistance.

Since most states—and the federal government—have hit on lethal injection as (presumably) the most humane way of killing prisoners, why would “a situation arise in which it is necessary to carry out an execution by some other means”? Well, American pharmaceutical companies now refuse to provide the requisite drugs to prisons, so they have to obtain the unconsciousness-inducing drug from suppliers in other countries, or by other means that they don’t specify including having pharmacists mix up the requisite barbiturates themselves (pentobarbital is used most often, having replaced sodium thiopental). The result is that quality control isn’t guaranteed, and some lethal injections have gone badly wrong.

Further, the rules have been that prescriptions for fatal drugs must be issued and signed by a physician prescribing for the condemned person. This is against the American Medical Association’s ethics rules, and this stipulation now appears to have been overturned by the Supreme Court.

There are other questions about how humane executions are, with reports that the patients are tortured, with extreme pain that isn’t evident to observers. If you simply want to cause death, isn’t dying and the thought of it punishment enough without making it painful and horrible? (Disgustingly, some advocates of capital punishment are gleeful at the thought of such torture.)

If these five are executed before Biden takes office, that will still leave 49 people on death row. The fair thing to do is to halt all federal executions pending the new administration. But who ever said that Trump was fair?

As for the other methods of execution, well, electrocution is surely grossly inhumane.  Execution with bullets is quick but surely painful, and execution with nitrogen gas has never been tried before; there are doubts about its efficacy and painlessness.  But none of this matters to me, as none of the methods should be used.

Here’s the gurney that the state of Arkansas uses for its executions by lethal injection: 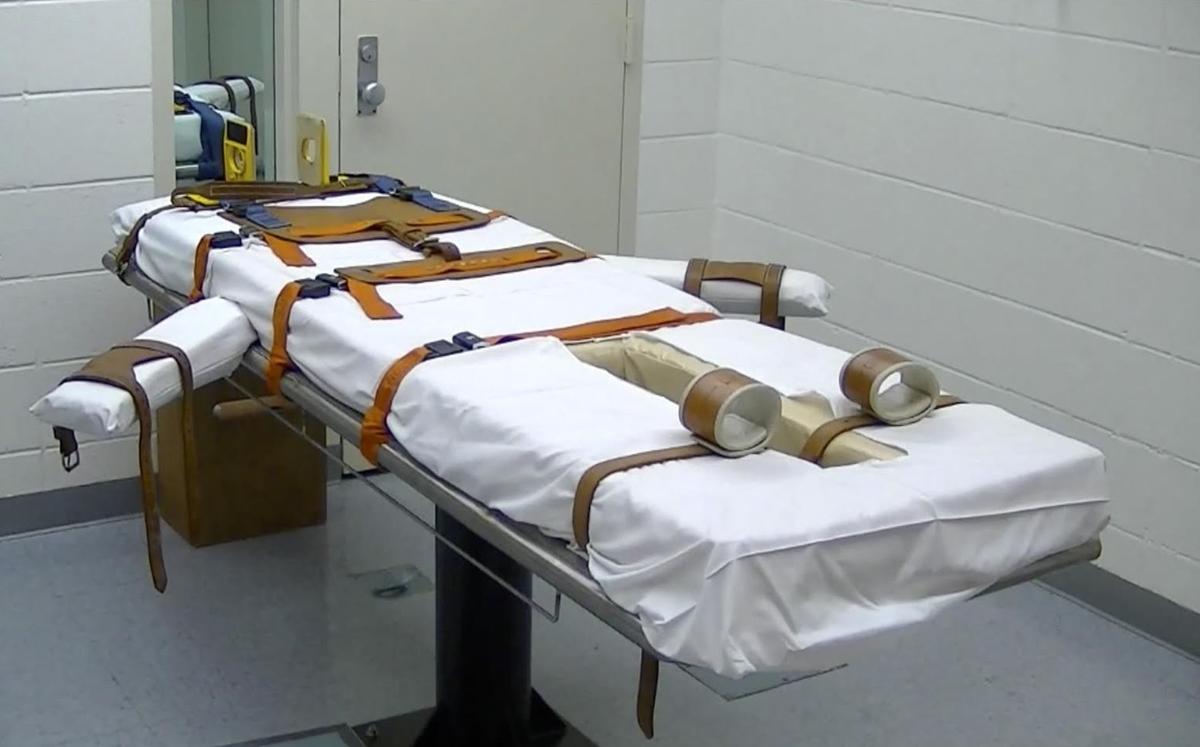