Bring out your photos, please: I go through seven sets a week from generous readers, and I always need more. Thank you!

Today’s photos come from regular contributor Tony Eales, who hails from Queensland.  His notes are indented.

Spring has really taken hold now and the colours of nature are showing. We just recently took a trip a few hundred kms to the north of my city of Brisbane to a lovely coastal spot. The nearby national park is mainly a dense coastal heathland called “Wallum” named after the dominant tree the Wallum Banksia (Banksia aemula). This is a very diverse habitat with much of the diversity on a tiny scale, which for me is perfect.

Many of these photos are from one misty evening when I went spot-lighting in the national park, and the subjects are covered in a fine layer of dew, as with this St Andrew’s Cross Spider (Argiope keyserlingi) and the less common Argiope probata (second photo). These will look familiar but different to most people as the genus Argiope occurs on every continent except Antarctica and are common garden orb-weaving spiders. 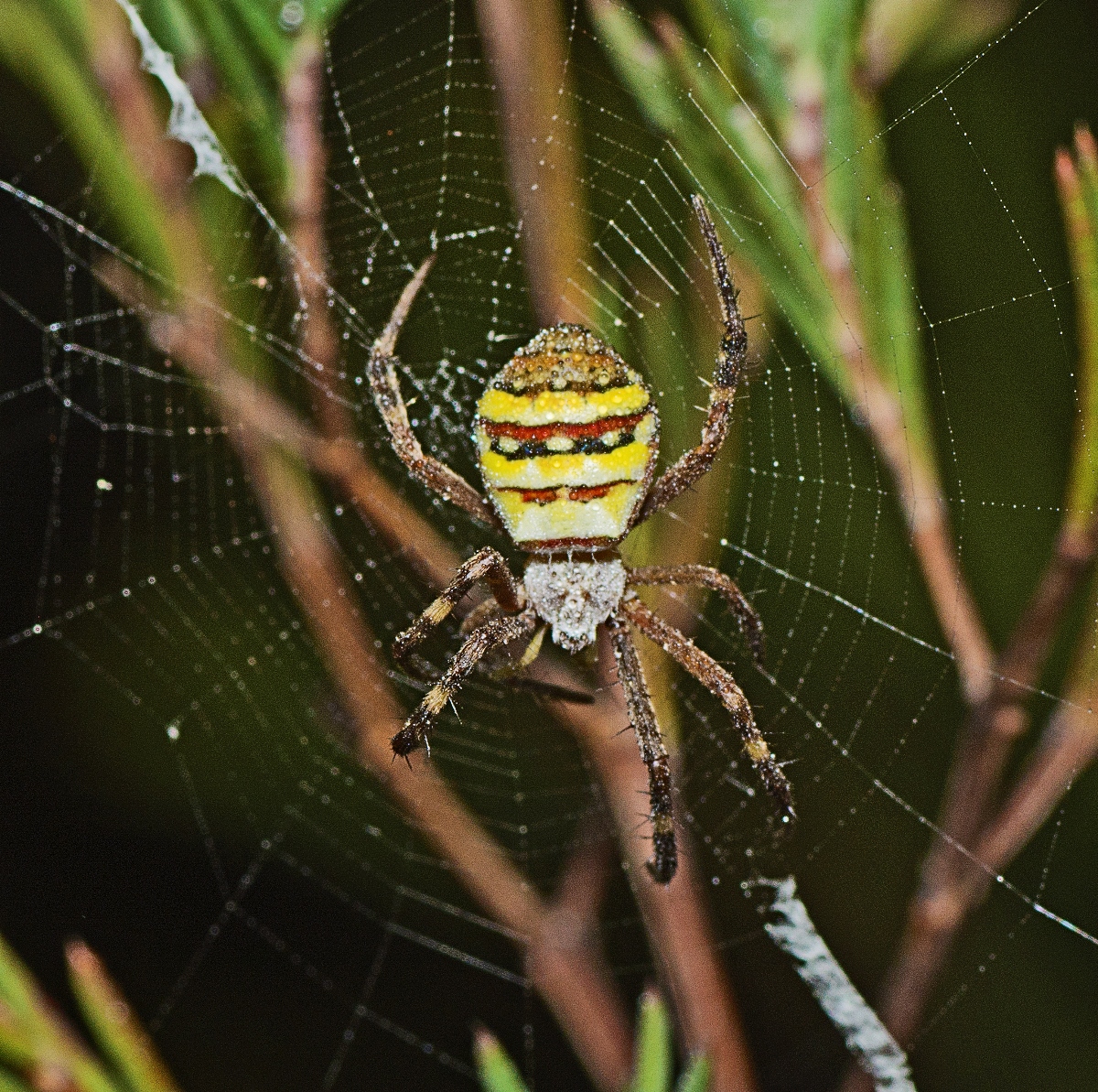 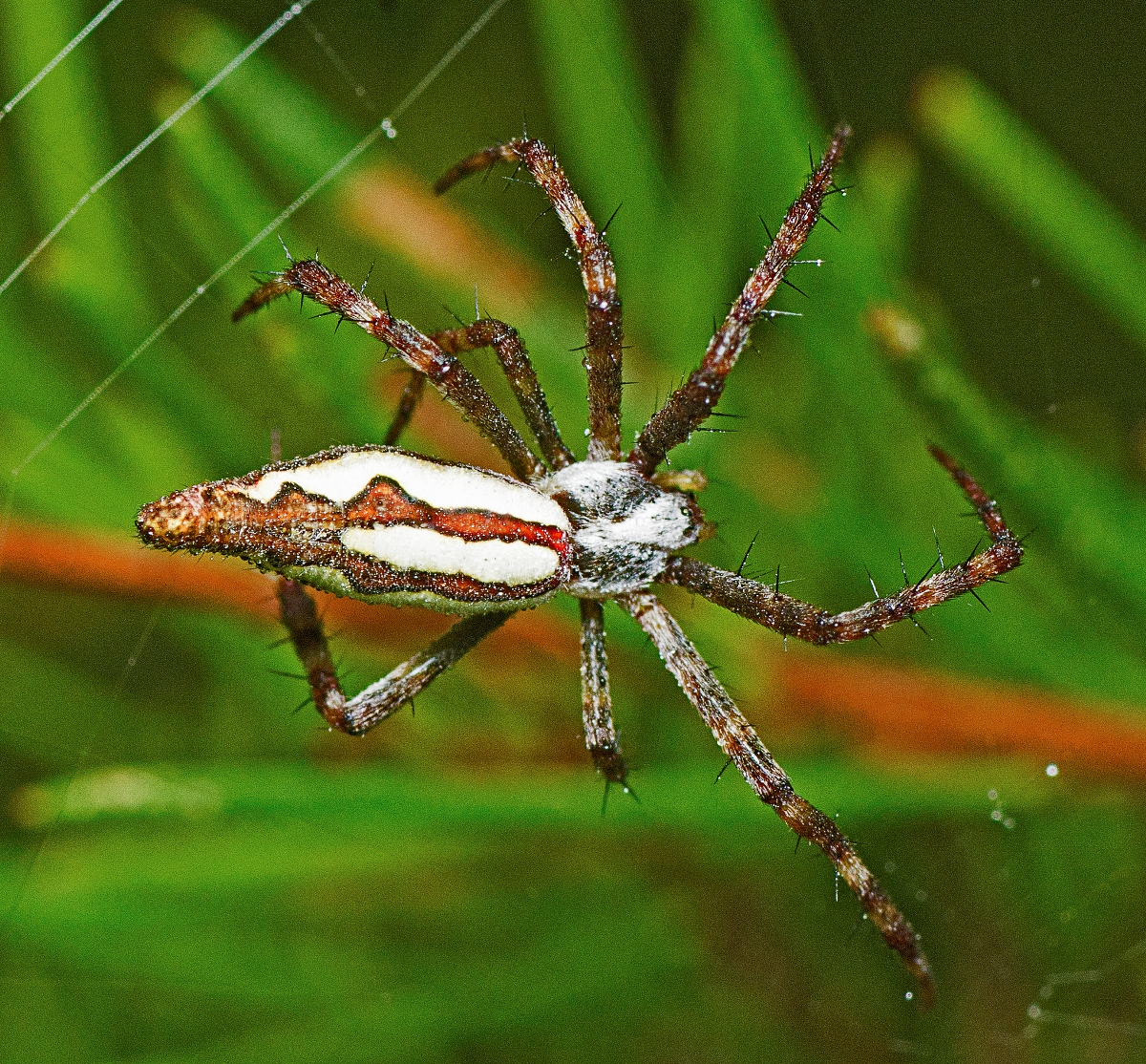 If there is such a thing as a beautiful cockroach, it is these ones in the genus Balta. Their transparent edges and fine lined patterns are really worth seeing up close. They occur only in intact native habitats and don’t invade our homes like the introduced cockroaches. 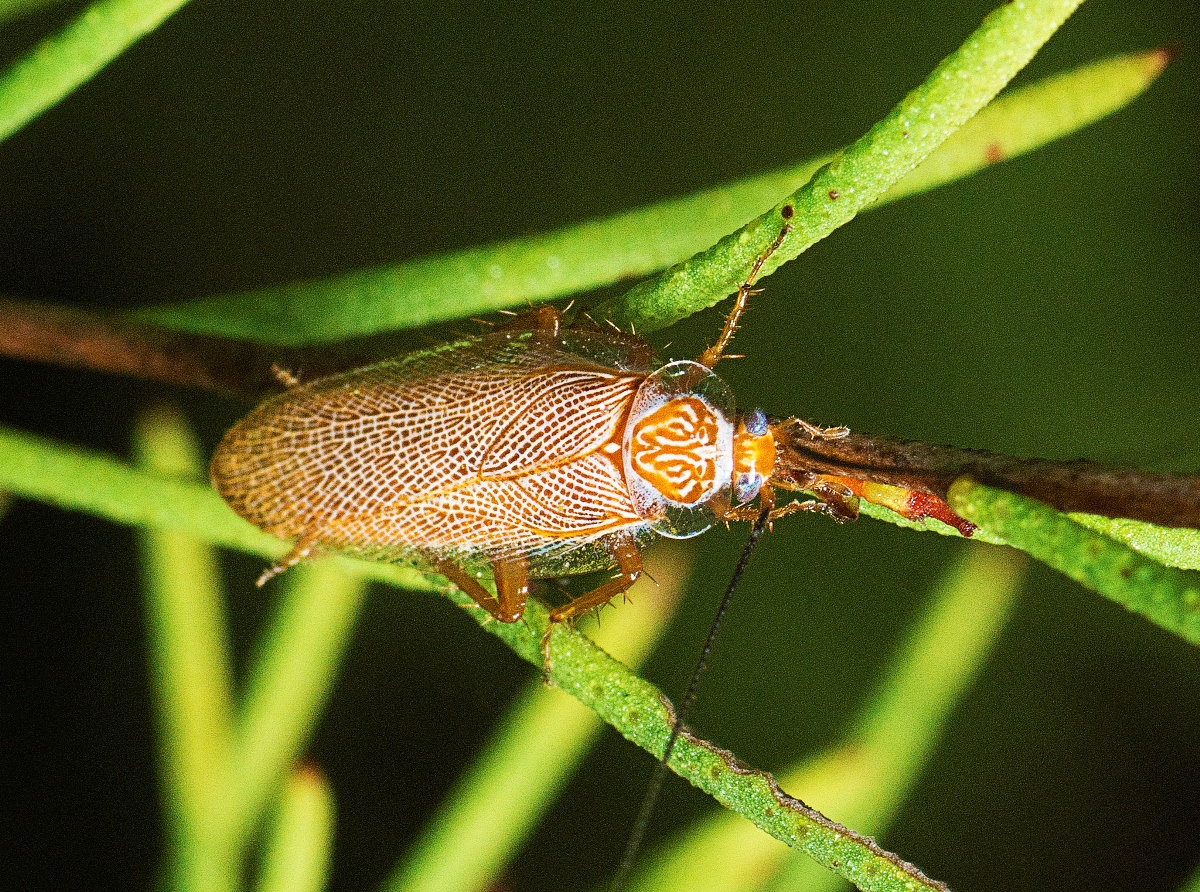 The small shiny green scarabs of the genus Diphucephala appear in great numbers in spring time to feed on flower pollen and new growth. Some species are even commonly known as green spring beetles. I don’t think I’ve seen this particular species before. Its iridescence is more uniform—like metallic paint—than most of the ones I’ve seen. 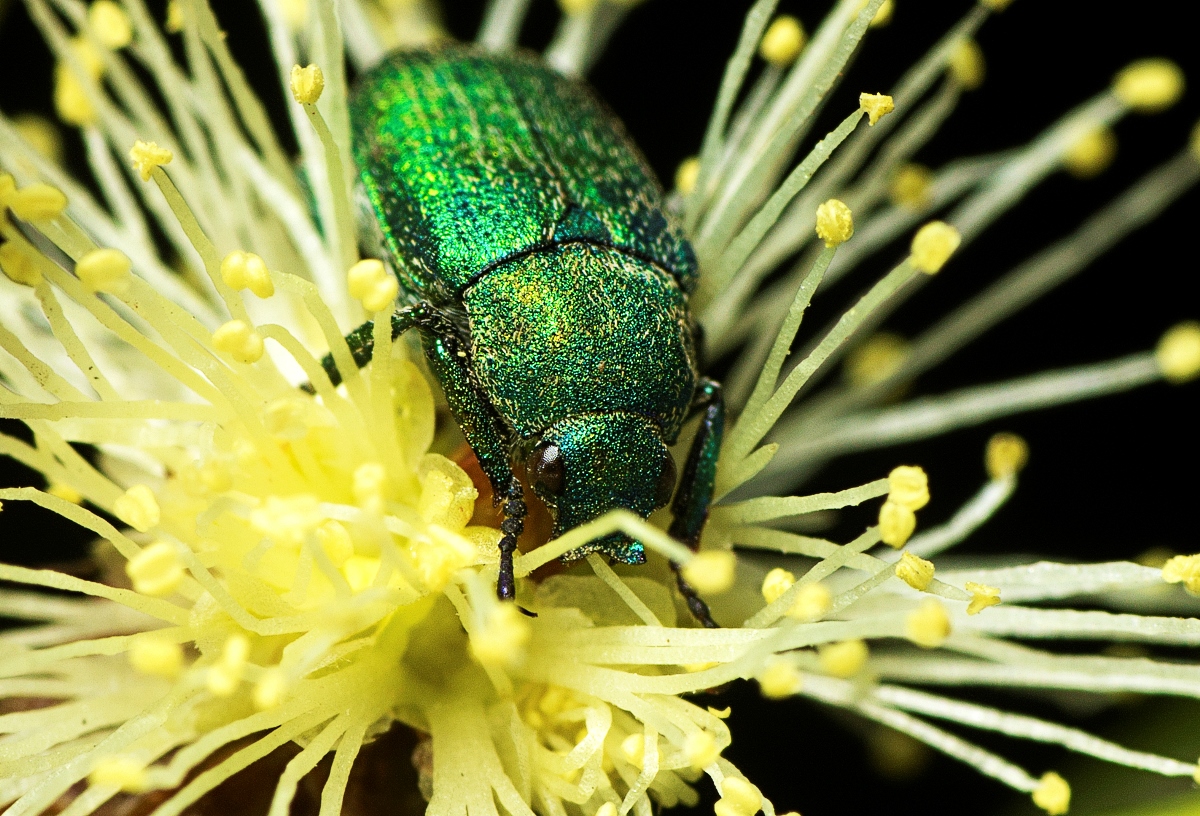 The delicious coastal pigface (Carpobrotus sp.) were all in flower, attracting hundreds of small native sweat bees like this Lasioglossum (Homalictus) sp. 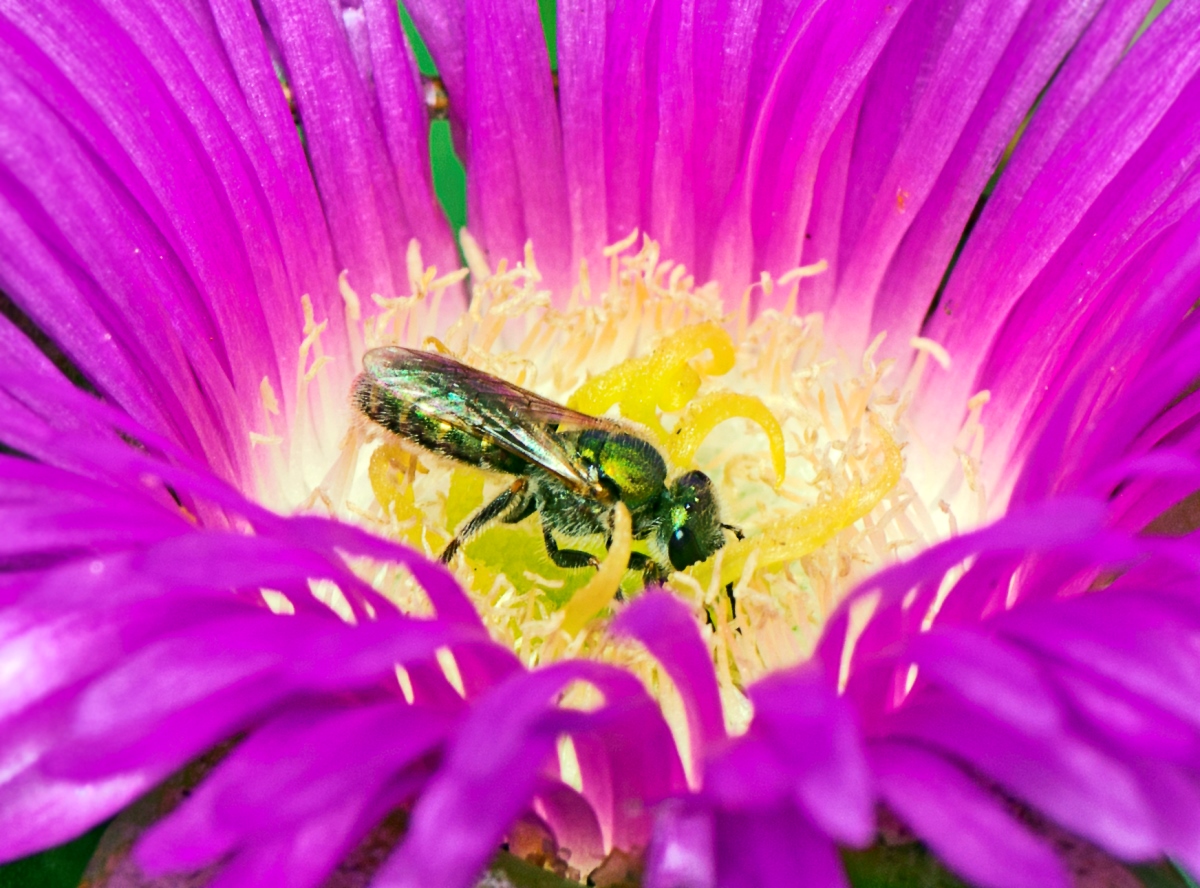 I finally managed to photograph the very fast and flighty beach tiger beetles (Hypaetha upsilon). I couldn’t get close enough to use the macro lens, and so had to take the photos with a cheap telephoto lens. This lost some detail, but they are beautifully iridescent and shine in the sun. 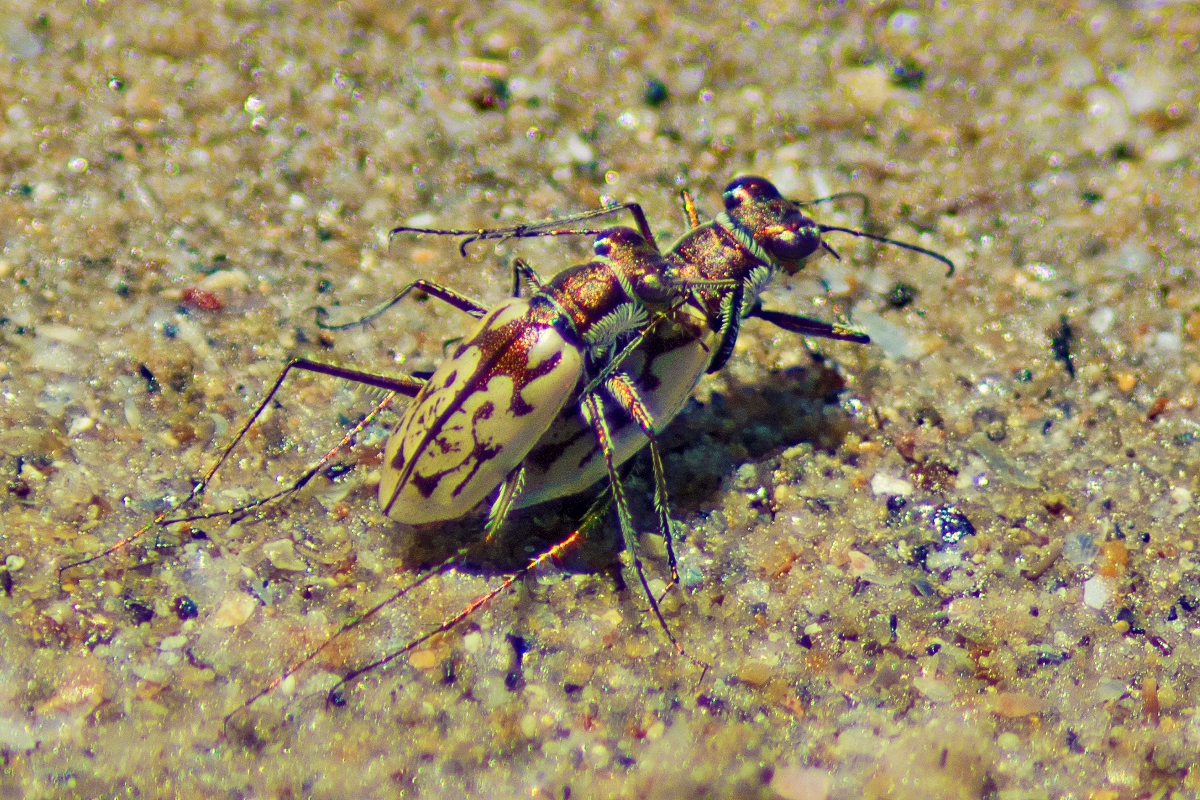 Speaking of beautifully iridescent beetles, I just had to show this one I found in a local park. It is a species of leaf beetle (Johannica gemellata). I’ve seen beautiful leaf beetles before, but this one takes the prize. I can’t find much info on these beetles. They appear to be endemic only to my little corner of the world with records from only a couple of hundred km north and south of my city. I wonder what use they have for those remarkable antennae? 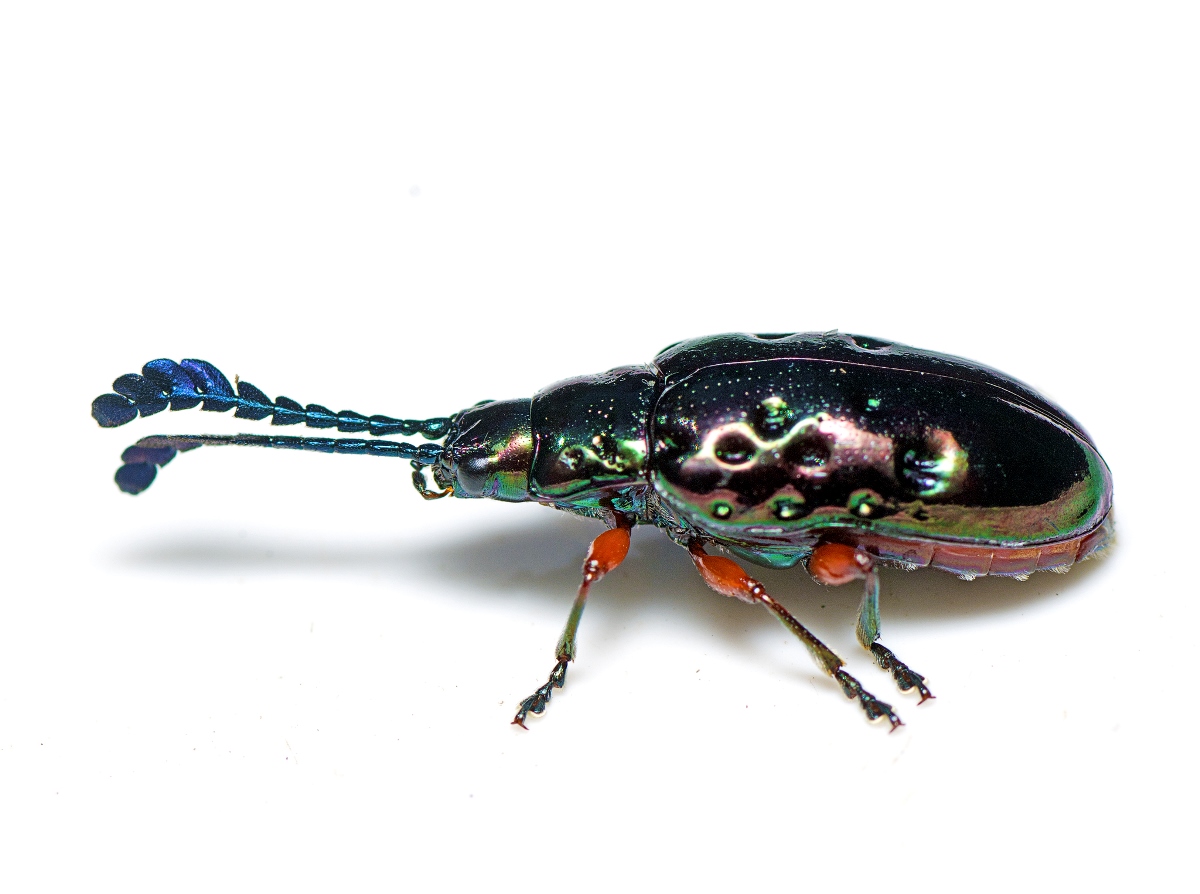 Also from my night walk was this colourful and probably undescribed katydid (sp.). I actually found a number of remarkable orthopterans that night, which I’ll send in a separate email. This one was by far the most colourful. 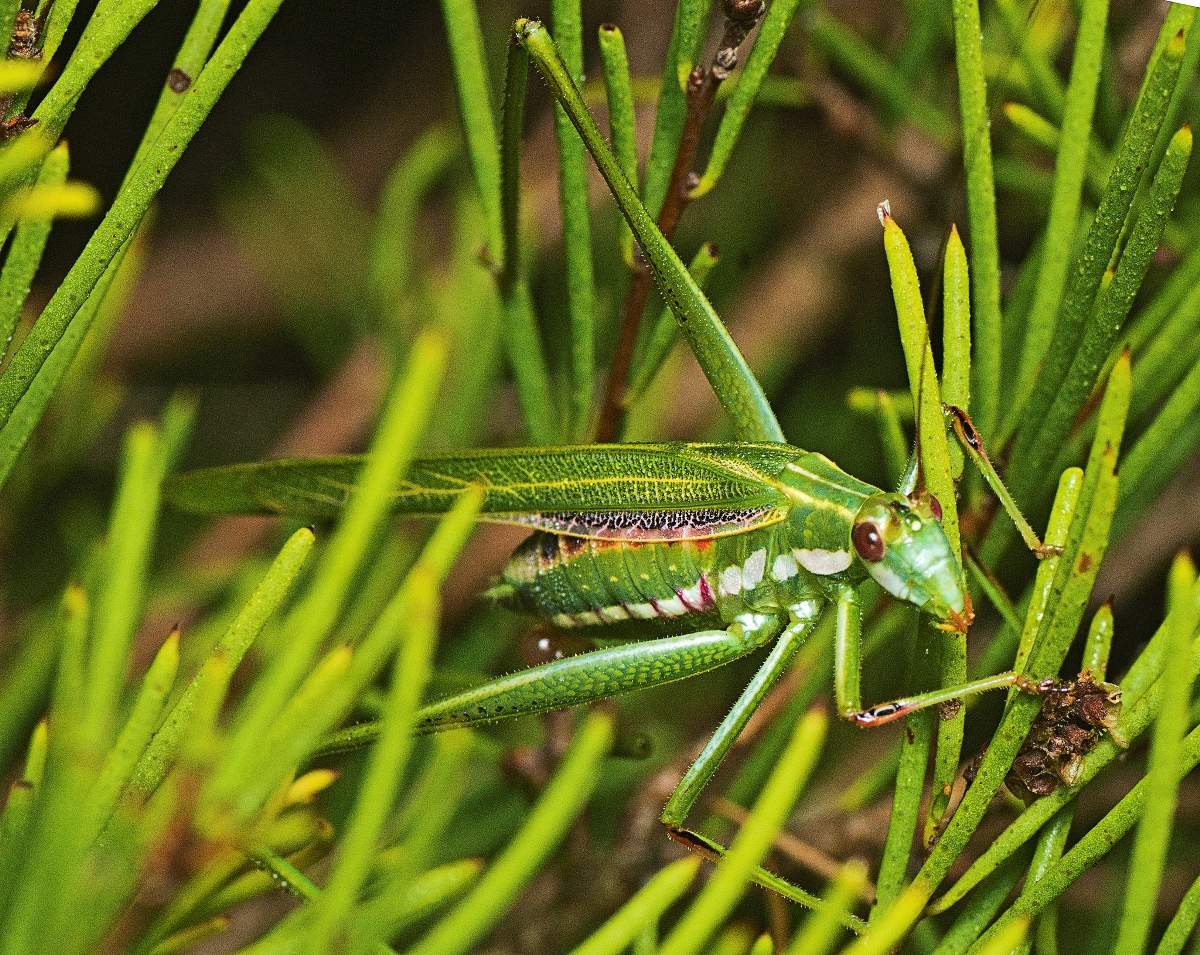 And lastly the beach, with thousands of Greater Crested Terns (Thalasseus bergii) roosting on sand bars waiting for the right tide to go hunting. The colours of the water here are so many shades of magical blue that I really didn’t want to go back to work. 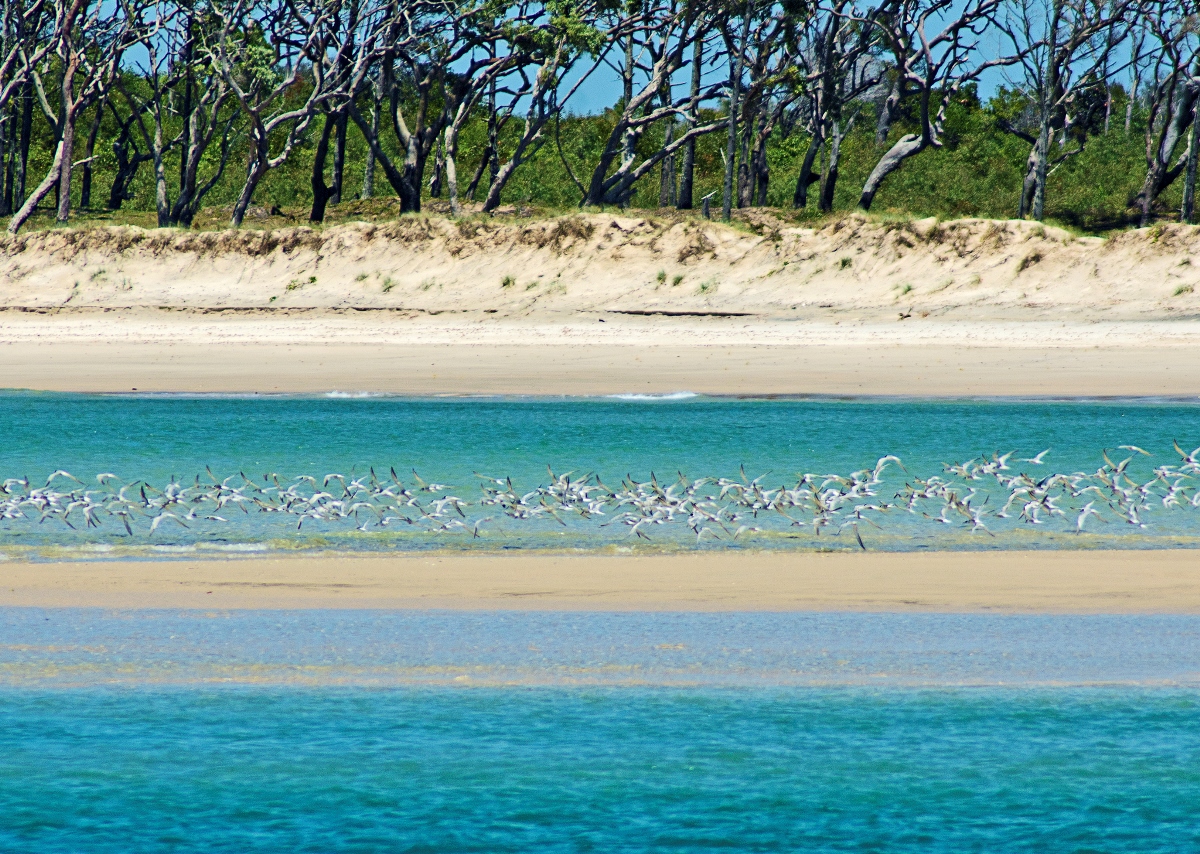