It’s the non-Jewish sabbath today: Sunday, November 29, 2020: only about a month till we’re out of this hellish year. It’s National Chocolates Day today, so treat yourself—or a loved one. It’s also Lemon Creme Pie Day (aka Lemon Meringue Pie), Small Brewery Sunday, and, religiously, International Day of the Bible as well as Advent Sunday, the beginning of Advent (the fourth Sunday before Christmas).  Finally, it’s Throw out Your Leftovers Day, though many of them will still be good. After all, Thanksgiving was just four days ago! I once won a bet with my lab for eating, on Christmas, a piece of pumpkin pie that was brought to the lab on Thanksgiving. Granted, it was shrunken by about 75%, had the consistency of beef jerky and tasted like leather, but I won my bet.

I tweeted this Very Big News:

At last–a cat in the White House again! I don't think there's been one since the Clintons' cat Socks. https://t.co/D33X1NgqlL

The mysterious metal monolith that was found last week in the Utah desert has vanished. https://t.co/tUFYRCfhe0

After Iranian nuclear scientist Mohsen Fakhrizadeh was assassinated several days ago, most likely by Israeli agents, Iran has vowed to retaliate. It’s not clear whether the U.S. helped with intelligence in the killing, but, given Trump’s view of Iran, I wouldn’t doubt it. The problem, of course, is that if Iran retaliates after Biden is elected, and it involves the U.S. that could be a problem. (Biden also has a much more lenient view of Iran’s nuclear program than does Trump.) I have no idea what the retaliation would involve, but if it’s against Israel, big-time conflict is in the offing.

At any rate, despite opposition to Trump’s position from the Left and the liberal media (see here), I’m still not convinced that Iran isn’t building a bomb.  In fact, all the signs are that it is, and perhaps I’ll write about this soon. I suspect that any renewal of an American deal with Iran, then, will represent only a delaying tactic, as Iran will have a bomb in the end. (Does anybody really doubt that?) And if it does, what did all this temporizing accomplish? On the other hand, state-sponsored assassinations don’t seem the way to go.

There’s a literary pedophilia scandal in France: a big-time winner of a literary prize sexually exploited children, and the jury that gave him the prize knew about it. A NYT story exposes the deeply corrupt nature of France’s “elite institutions.”

Stuff that happened on November 29 includes:

They did this because there wasn’t enough water to give to all the slaves and the crew. So this horrific incident ensued (from Wikipedia):

On 29 November, the crew assembled to consider the proposal that some of the enslaved people should be thrown overboard. James Kelsall later claimed that he had disagreed with the plan at first but it was soon unanimously agreed.  On 29 November 54 women and children were thrown through cabin windows into the sea.  On 1 December 42 male enslaved people were thrown overboard, and 36 more followed in the next few days. Another ten, in a display of defiance at the inhumanity of the slavers, chose to commit suicide by jumping into the sea. Having heard the shrieks of the victims as they were thrown into the water, one of the captives requested that the remaining Africans be denied all food and drink rather than thrown into the sea. The crew ignored this request. In total, 142 Africans were killed by the time the ship reached Jamaica. The account of the King’s Bench trial reports that one enslaved person managed to climb back onto the ship.

There was a trial, but nobody was convicted, of course. Here’s a Turner painting about this shameful episode:

Byrd also claimed to have flown over the North Pole, but that is hotly disputed, and there are accusations that he falsified his flight records. However, he did fly over the South Pole; here’s a poster for the 1930 movie about it: 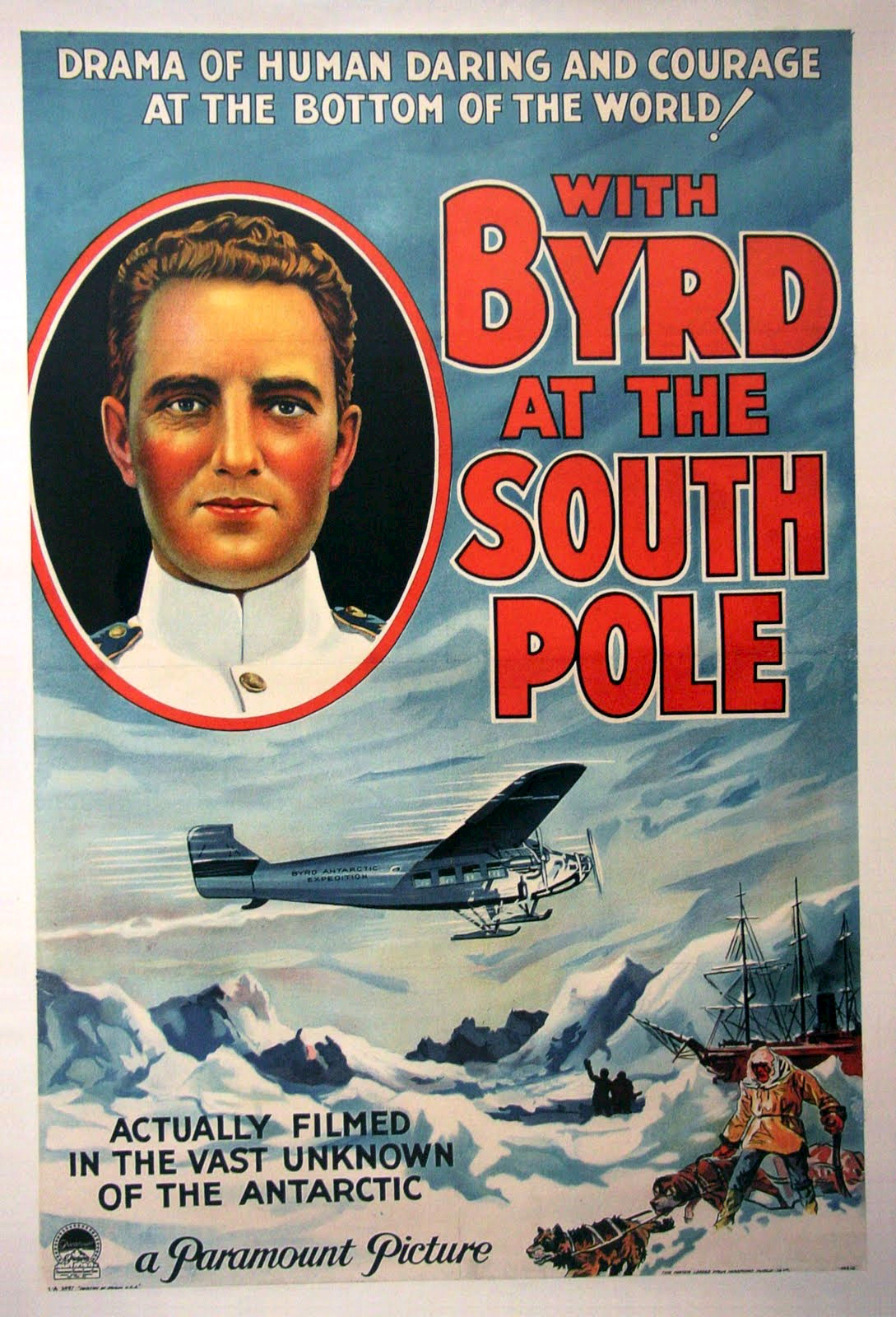 From Wikipedia: “Enos being prepared for insertion into the Mercury-Atlas 5 capsule in 1961.” 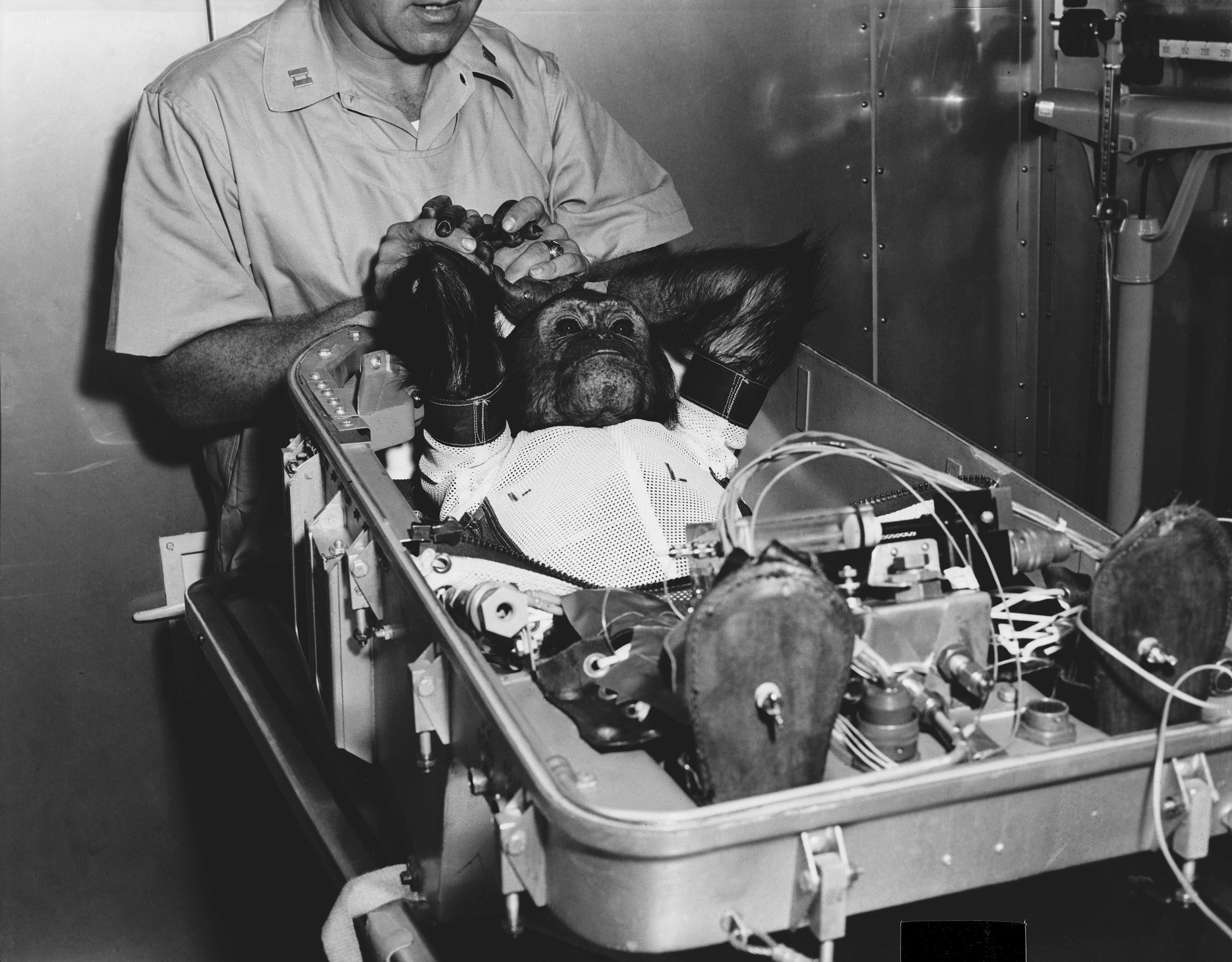 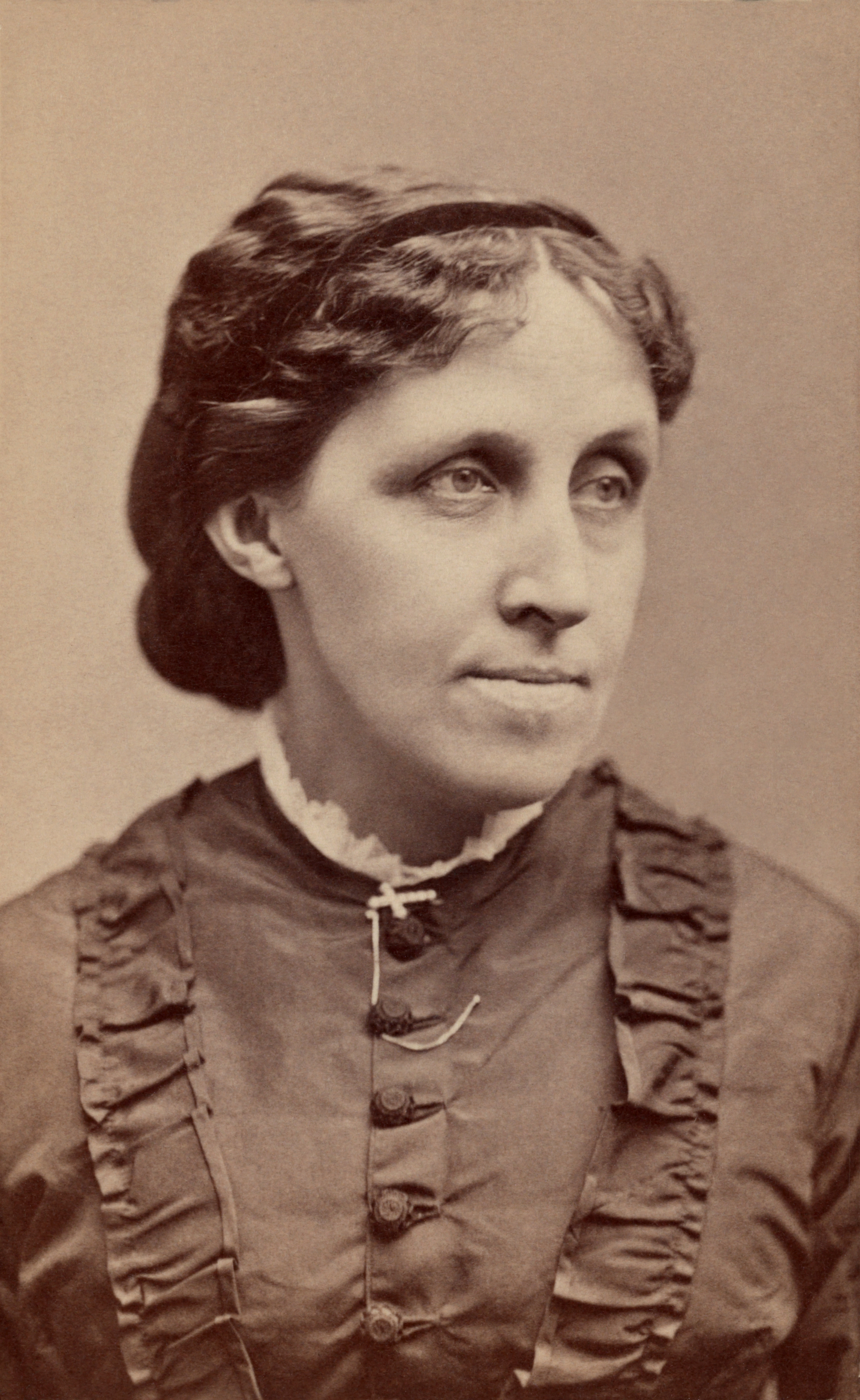 Lewis died on the day that Kennedy was assassinated, so his death wasn’t noted as widely as it should have been. (“Should have been” is subjective, of course, since what I’ve read of his theology is pure hogwash. However, it’s probably true that he was the most popular theologian of the twentieth century.). Here he is with his beloved wife Joy, who died of bone cancer, plunging him into depression:

Those who died on November 29 include:

Wood’s real name was Natalia Nikolaevna Zakharenko, as she was the daughter of Russian immigrant. I’m a big fan of hers; she was a terrific actor and, to me, the most beautiful movie star ever. Here’s the trailer for her movie with Warren Beatty, “Splendor in the Grass” (1961). Directed by Elia Kazan, it got mixed reviews but I like it.

And his real name, as you may know, was Archibald Alec Leach.

Meanwhile in Dobrzyn, Hili feels the need for speed:

Hili: I should go hunting.
A: Are you hungry?
Hili: No, but I need the exercise. 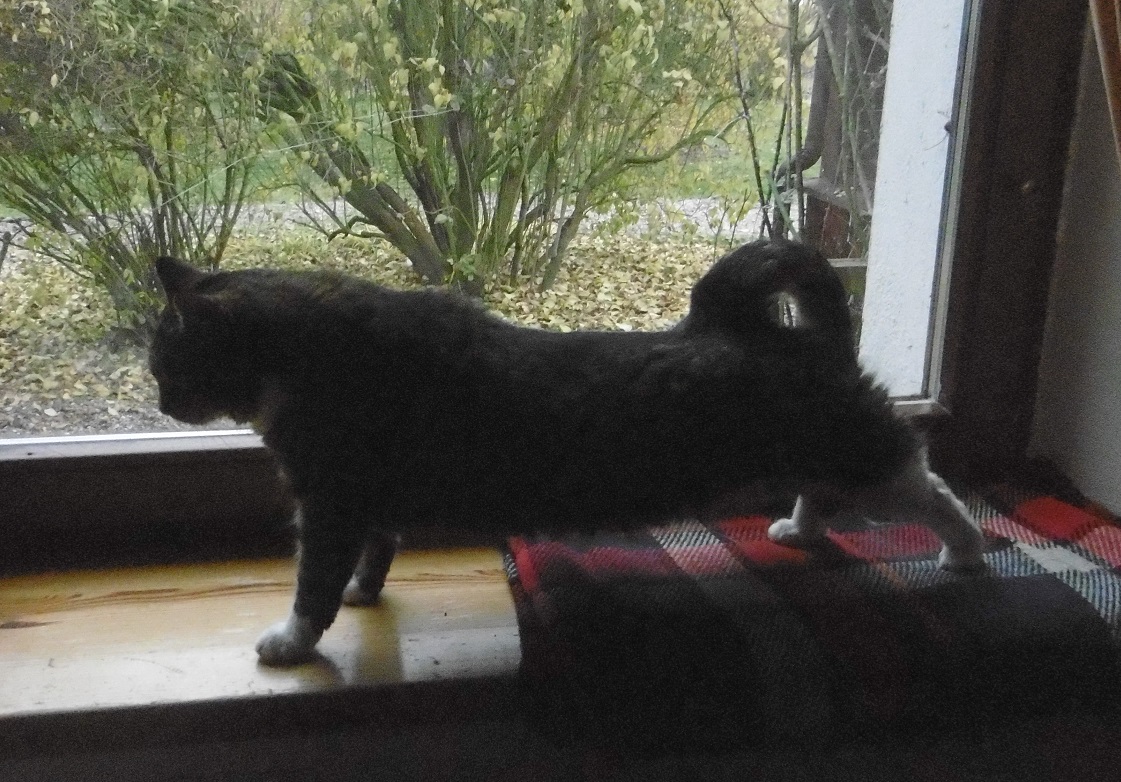 A meme from Barry, one of many about “how evolution started” (another was this one from Gary Larson): 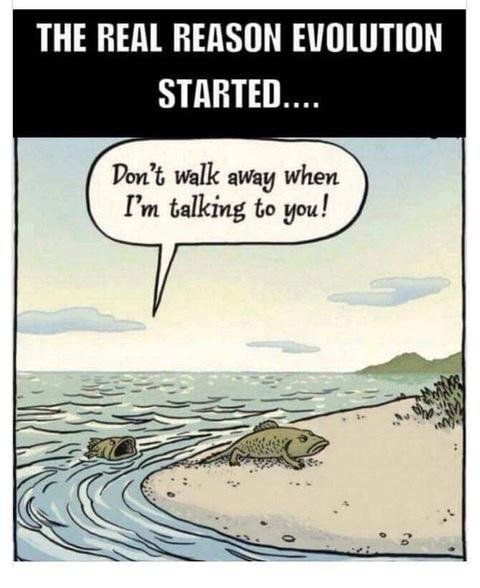 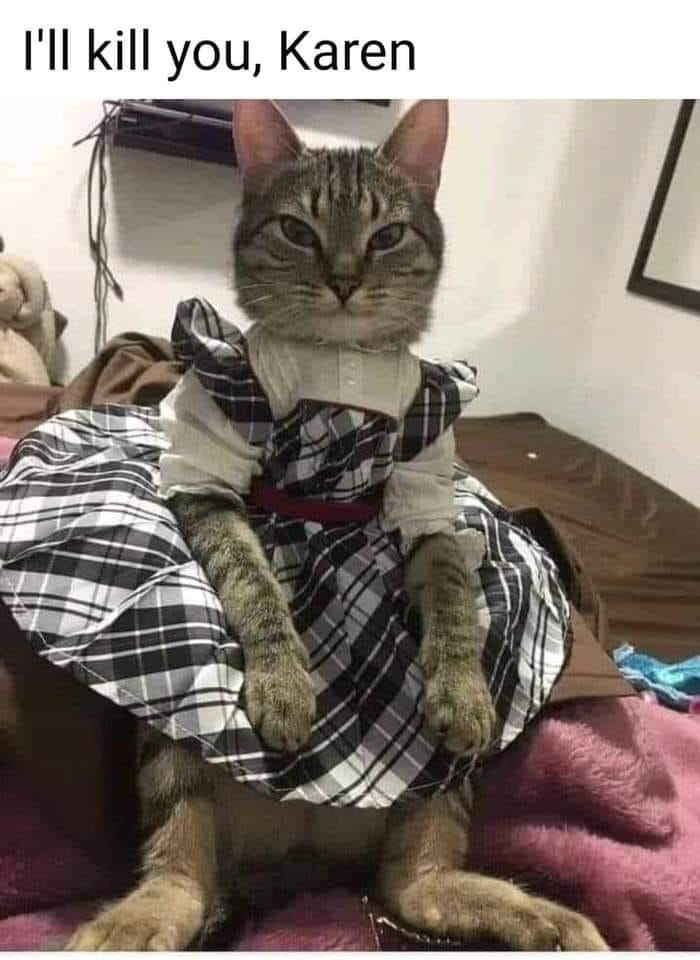 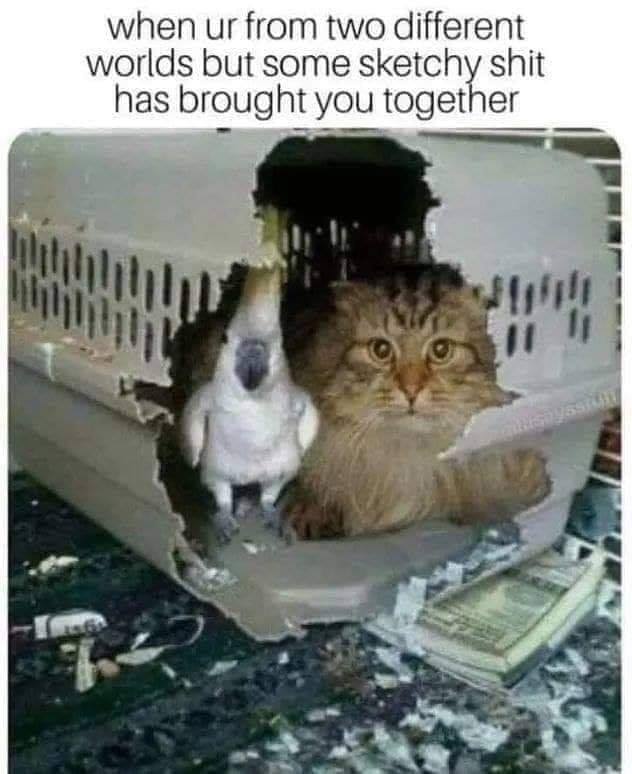 This sounds like a First Amendment violation; I hope the guy brought a lawsuit, as it’s all on tape (sound up):

Aurora Pro Services in Greensboro, NC fires an employee for not praying with them pic.twitter.com/N5sPTDsZk9

Tweets from Matthew. This is one plump capybara!

I still don’t understand why the water level drops or whatever, but I’m sure a reader will explain this:

Thanks to the awesome photos by Colin Monteath

Ten to one this caterpillar is toxic or distasteful to predators:

Another Mexican caterpillar beauty. This one is a Mexico City dweller. Who knows what it turns into as an adult? @HannahMRowland pic.twitter.com/fwcU6sKlpp

I knew this but Matthew didn’t. Live and learn!

Notice that the starlings assume the shape that protects them best against predators: