Good morning on Wednesday, November 25, 2020: National Parfait Day. It’s National Jukebox Day (do they still exist?), What Do You Love About America Day (my answer: barbecue and our having voted Trump out of office), and International Day for the Elimination of Violence against Women.

Good news! Remember Rockefeller, the saw-whet owl that stowed away in the Rockefeller Center Christmas tree? According to National Geographic, he’s rehabilitated already and will be set free (click on screenshot): 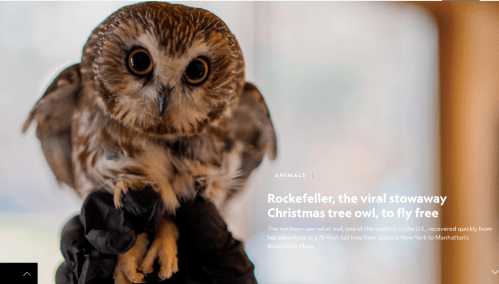 A aerial surveying team in the remote Red Rock Country of Utah found a 10-12 foot metal monolith embedded in the ground (see below). “It’s probably art” is the consensus, but it may have been there for 80 years or so.  And I’m sure the loons will have their own theories involving extraterrestrials. Here’s a photo:

Some savvy Chinese in Beijing are staging “performance art” in an attempt to having their faces captured on the many CCTV cameras in the country. According to the BBC, there are more than 200 million surveillance cameras in China, and by 2021 there will be at least 560 million.  But it’s futile: Big Brother is watching. Below: a photo showing the crouching protestors, who also wear reflective vests (h/t: Jez). 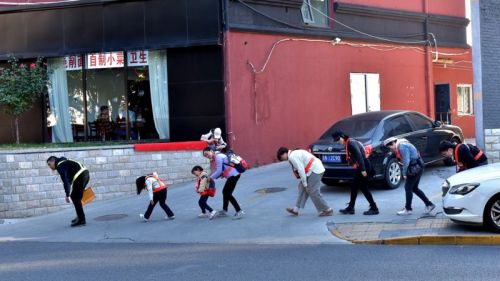 The Washington Post reflects on Biden’s cabinet choices so far, and concludes that they’re astute. As they say:

Nearly all the senior people he has named so far worked in previous Democratic administrations. In some cases, they held positions just under Cabinet rank. His pick for secretary of state, Antony Blinken, was deputy secretary of state under President Barack Obama; and his choice for director of national intelligence, Avril Haines, was deputy director of the CIA, and so on.

. . . These are not people who have to spend time learning how the government and their departments work. And the contrast with the Trump administration is striking.

Finally, today’s reported Covid-19 death toll in the U.S. is 259,832,  a big increase of about 2,200 from yesterday’s figure. Yesterday, 1.5 Americans died every minute from the virus. The world death toll is 1,416,840, a huge increase of about 13,100 over yesterday’s report, and the biggest daily increase I’ve seen yet. Yesterday, nine inhabitants of this planet died every minute.

Stuff that happened on November 25 include:

Here they are; since they didn’t commit a crime (but were cited for contempt of Congress), they weren’t jailed, but for most of them, their careers were over:

The Mousetrap ended its performance on March 16, of this year, ended due to COVID-19. Total performances, over 28,000.,

Here’s some moving black and white footage of Kennedy’s lying-in-state in the Capitol, the funeral cortege across the Potomac, and the burial at Arlington National Cemetery:

Here’s a video; how many of the performers do you recognize?

Remember this photo when the boy was taken away from his relatives by federal agents and eventually sent back to his dad in Cuba (the photo, by Alan Diaz of the AP, won a Pulitzer Prize). Gonzalez is now 27, works as an engineer in a plastic-container factory, and has his own kid:

As I’ve noted recently, Vavilov was a great geneticist and agronomist who was sent to the Gulag for the great crime of following science instead of the charlatan Lysenko. He died in the camps in 1943, and here’s his mug shot: 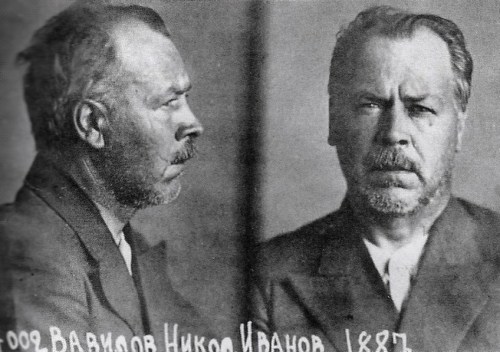 Those who kicked off on November 25 include:

Hili: The poor tree—there are no apples nor birds any longer.
A: But one can climb it.
Hili: That’s an art for art’s sake. 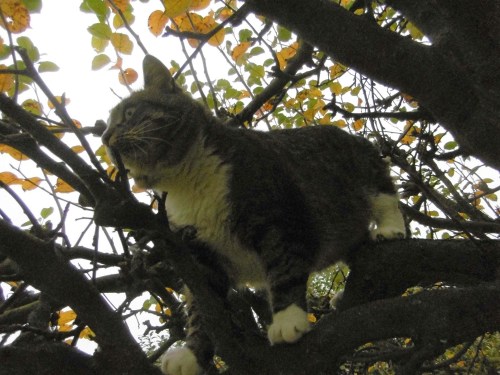 And here’s kitten Kulka, with her yellow eyes (Hili’s are green) pawing at a tasty morsel (photo by Paulina R.) 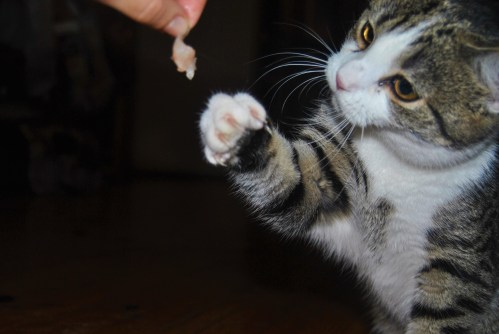 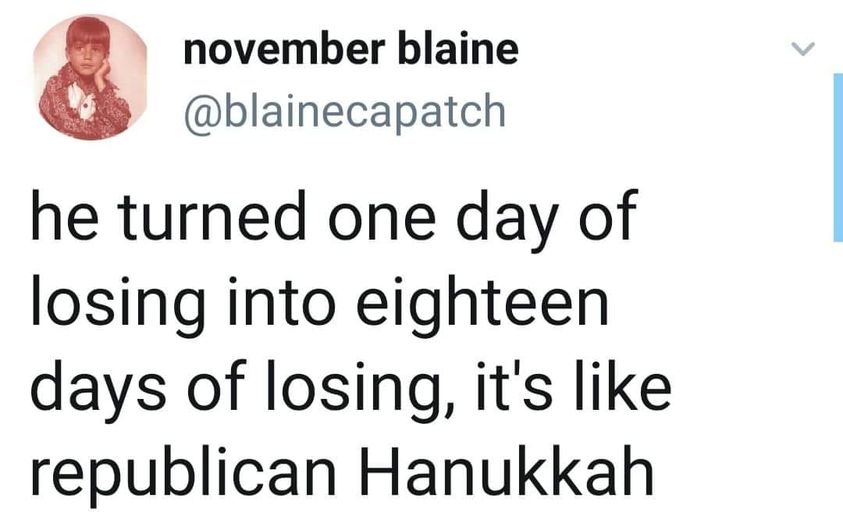 From Cole and Marmalade on Facebook, captioned, “Challenge accepted, humans!” 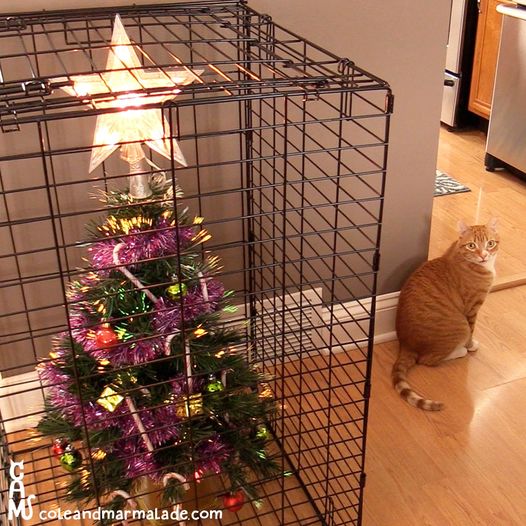 Another inadvertently salacious church sign sent by Stephen, who says, “Another catchy warning we’d all do well to heed.” (I always wonder if these signs are real.) 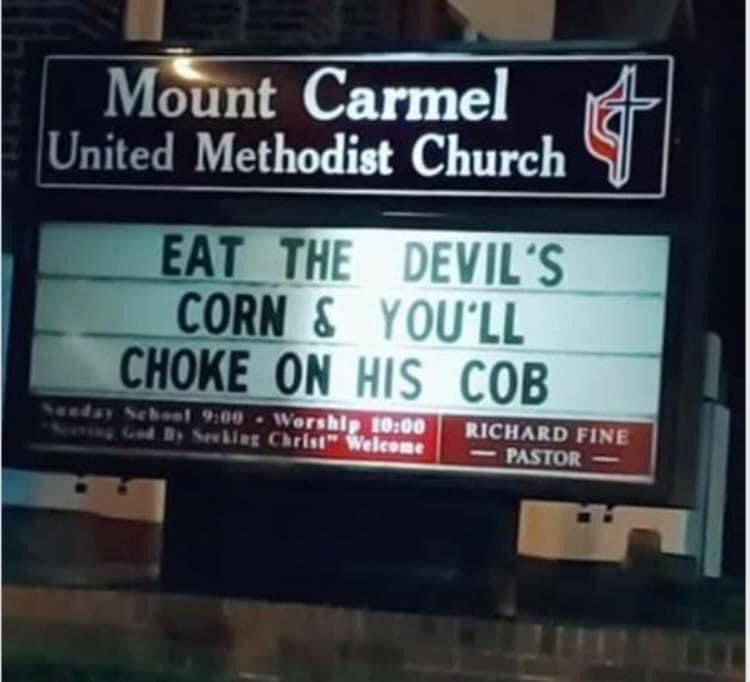 13 Women against 13 Clerics: a tweet from my Iranian hero, Masih Alinejad. (Spoiler: the women win. Kudos to the brave women of Iran.)

Tweets from Matthew; you want the second one, the Me-Ow One Step from 1919. The YouTube video says this:

When you get to about half way through this early lateral Gennett Disc from March of 1919, you will hear a familiar melody. This was used as background music in early cartoon and films when ever a “Cat” related moment occurred . This song was composed by Mel B. Kaufman and played by the Gennett Orchestra.

How can you tell if you've got a 1st edition of Darwin's "On the Origin of Species"? "Species" is misspelled on pg. 20. https://t.co/3Py15GQ8vs pic.twitter.com/rSEcJhlQct

Without doubt, this is the world’s most beautiful duck, Aix galericulata. Sound up.

n.b.: This children’s book, by Bette Midler (yes, that one) will be out early next year.  Read about the Central Park Mandarin here: it has its own Wikipedia page, of course! 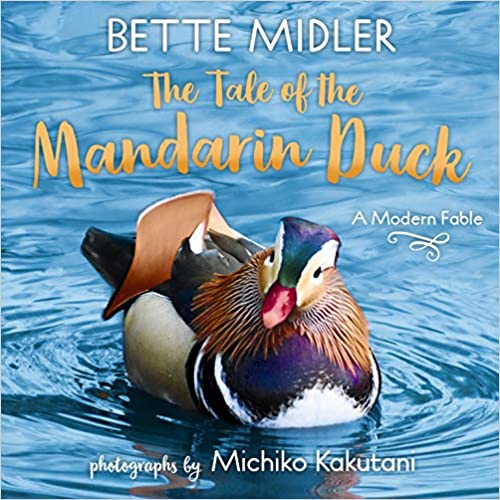 TIL that the globe artichoke is a variety of thistle.

Sound up. Nobody knows why the woodcock moves like this. It’s interesting that the babies don’t. . . or do they? (Watch until the end; the action occurs in the last ten seconds.)