Another week is almost done: it’s Friday, November 13, 2020: an unlucky Friday the Thirteenth. But it’s also National Indian Pudding Day, one of the best desserts in the world. Earthy, grainy, and robust, it’s well worth seeking out, though you won’t find it if you’re far outside of Boston. If you haven’t had it, you’re deprived (warning: many people don’t understand the dish as they have asbestos taste buds.)

The recipe is easy but the cooking time long. Here’s the recipe for the best version I’ve had, at the late, lamented restaurant Durgin-Park in Boston. Below is a photo of the restaurant’s version (the warm pudding demands to be topped with a scoop of vanilla ice cream). I was devastated when the restaurant closed, as there was never a time I visited, no matter how much I ate for dinner, when I eschewed the Indian pudding. 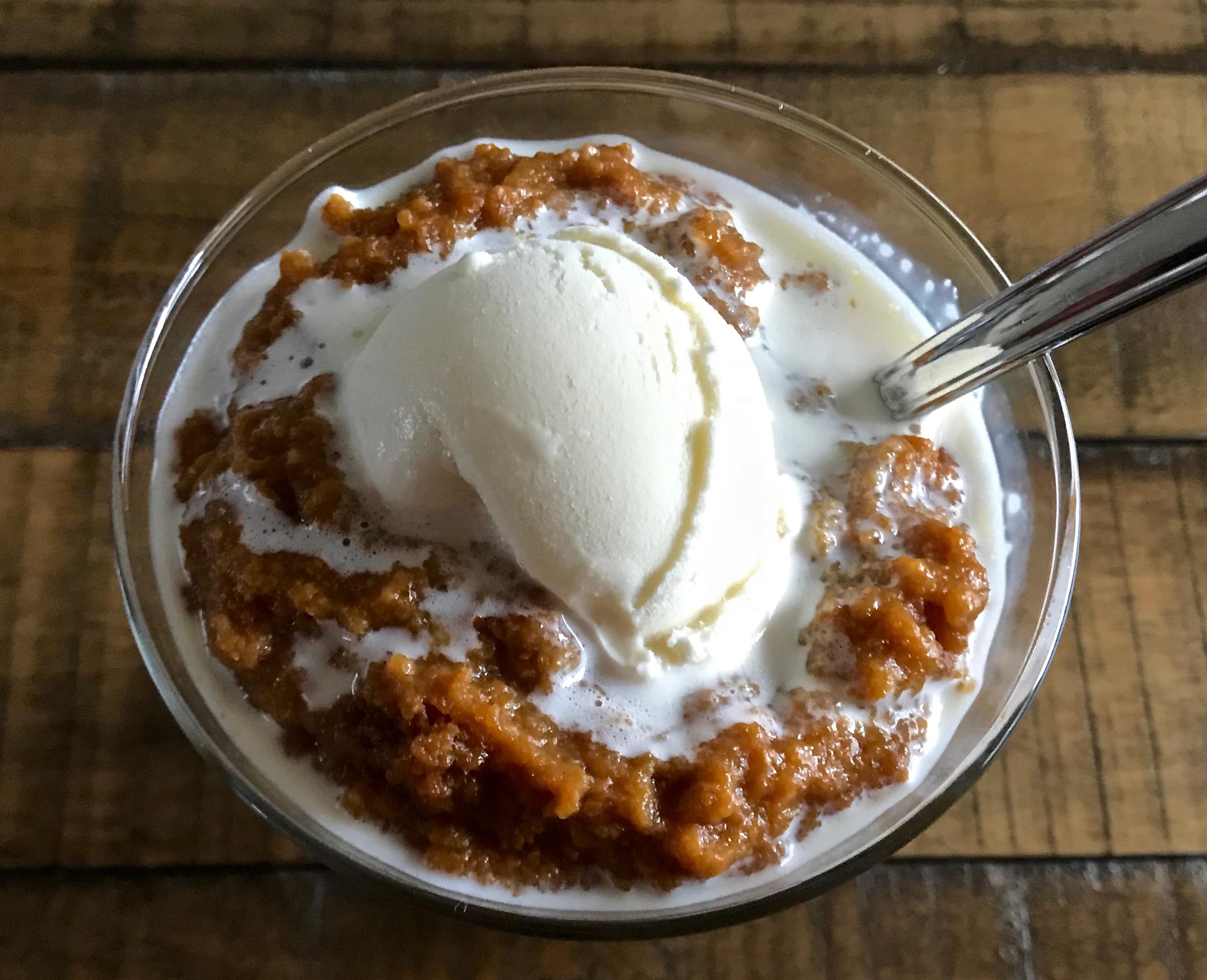 It’s also Sadie Hawkins Day, started from the comic strip Li’l Abner, in which women are supposed to ask men out.  That would be fine, but if you read the link, you’ll see it has a sexist history, beginning with this cartoon: 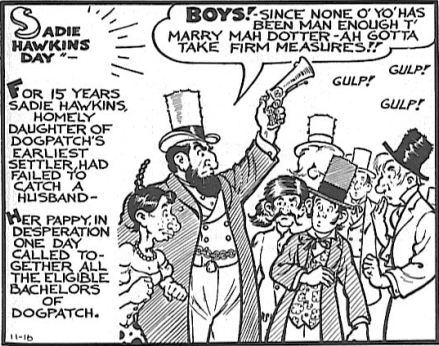 CNN has projected that Biden carried Arizona.  It was a squeaker: Biden’s margin was only 11,000 votes, but this gives him 290 electoral votes, well over the 270-vote winning threshold. Since Georgia is in all likelihood going for Biden too (but North Carolina is a probable Trump state), that would give Biden a final 306-vote victory—exactly what I predicted soon after polls closed. Just remember that Professor Ceiling Cat (Emeritus) not only was the first to call the election, but called it on the nose! Show me justice!

The big news, of course, is the vicious resurgence of the pandemic, including in a once-safer state, Illinois. Chicago is now under a stay-at-home order, with our hard-ass mayor warning us against non-essential trips. Here are the daily new cases for Illinois, which hit a record yesterday with 12,788: 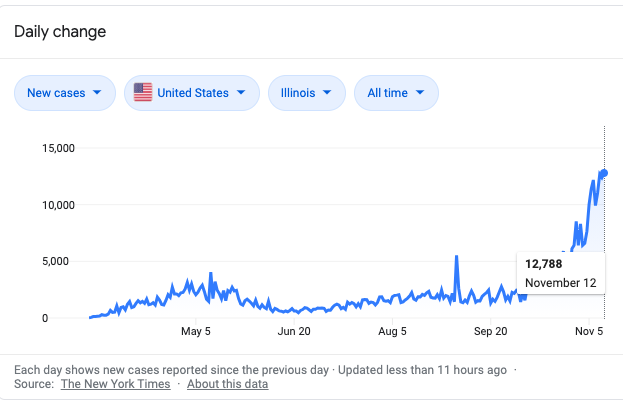 In Germany, pandemic weariness has evolved into pandemic resistance, with huge crowds assembling to protest Germany’s restrictions (among the least restrictive in Europe), and with Molotov cocktails and explosives being used by protestors. The protestors are loosely allied with right-wing political movements.

In other news, Franco remains dead and Trump continues to refuse conceding the election, not allowing the Biden transition team access to government offices or documents.

Barack Obama’s memoir is so weighty that it’s divided into two volumes. But the prose apparently isn’t ponderous; rather, according to the NYT’s review of the first volume—A Promised Land—by Chimamanda Ngozi Adichie, Obama is “as fine a writer as they come.”  The review makes me want to read this book, but I’ve always avoided political autobiographies. We shall see.

The Monster Wolf has four legs, a shaggy body, blond mane and red, glowing eyes. When its motion detectors are activated, it moves its head, flashes lights and emits sounds ranging from wolfish howling to machinery noises. The maker, Ohta Seiki, has sold about 70 units since 2018.

The real Japanese wolf roamed the central and northern islands of the country before being hunted to extinction more than a century ago.

Also in Japan, a 20-kilogram crate containing 100 mandarin oranges sold for a million yen, or about $9,500. That’s nearly $100 per orange! The usual price for that amount is $150 total, but these were prize specimens. Here’s a photo of the pricey fruit from CNN: 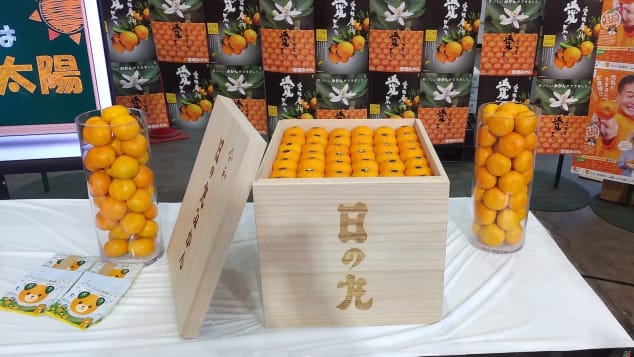 Here’s the trailer for the 50th-anniversary reissue of Fantasia.  I haven’t seen that movie in decades, but really should:

This automatic rifle is still used because it’s cheap, durable, and easy to use. The name stands for Avtomat Kalashnikova (‘Kalashnikov’s assault rifle’), so it’s also known as the Kalashnikov. (It was invented around WWII in Russia by Mikhail Kalashnikov. The usual magazine is 30 rounds; here’s one with a bayonet.

García (below) saved Nacozari, Mexico, by driving a fiery train loaded with dynamite away from the town; it exploded and killed him. Here’s a photo taken days before his heroic act: 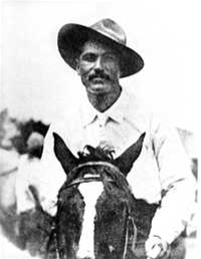 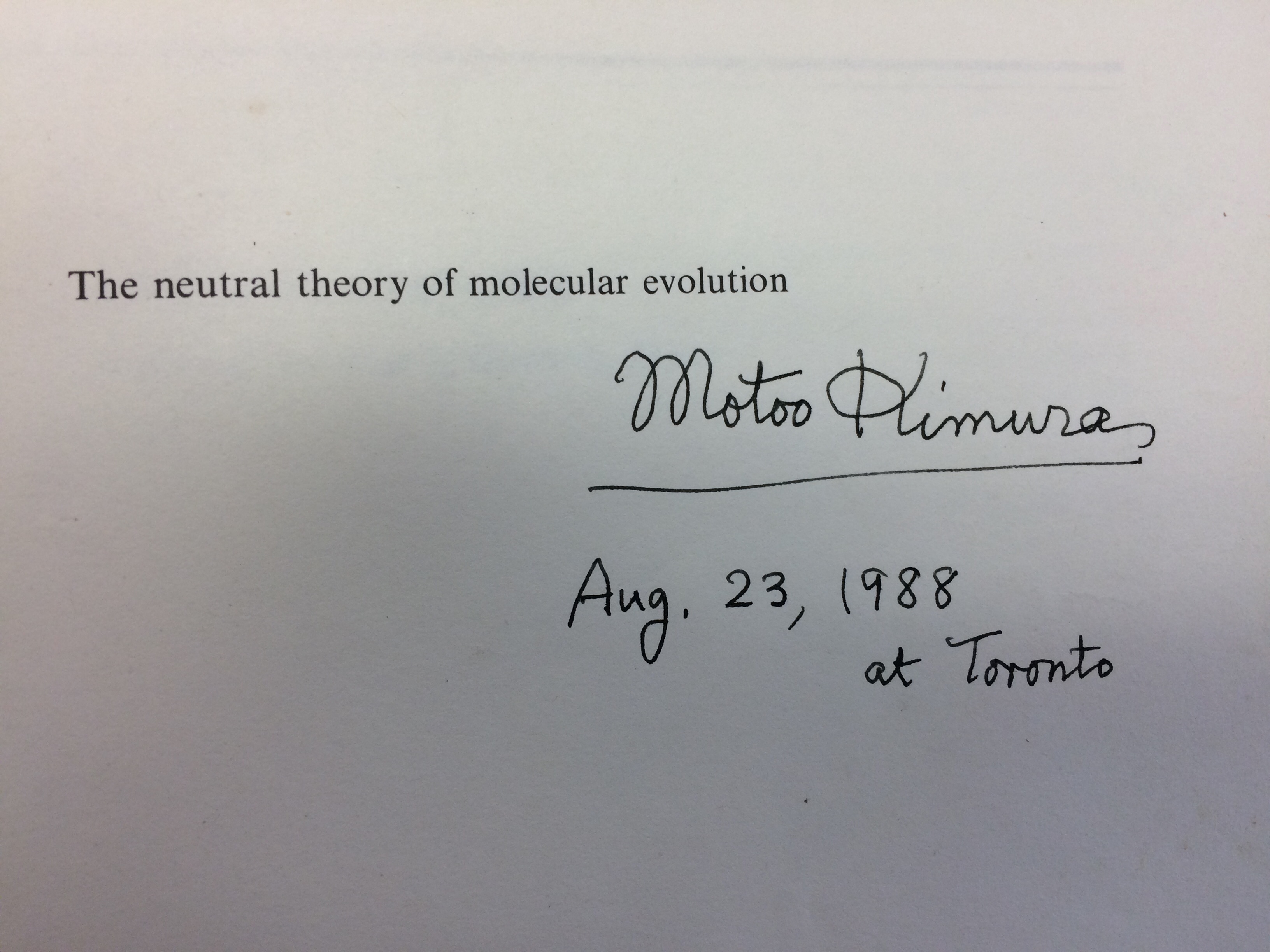 Here is Kimura with another great geneticist, Jim Crow. Together they wrote the definitive book on theoretical population genetics, An Introduction to Population Genetics Theory.  I still treasure my copy, which is completely covered with my scribbles as I re-did the equations until I understood them: 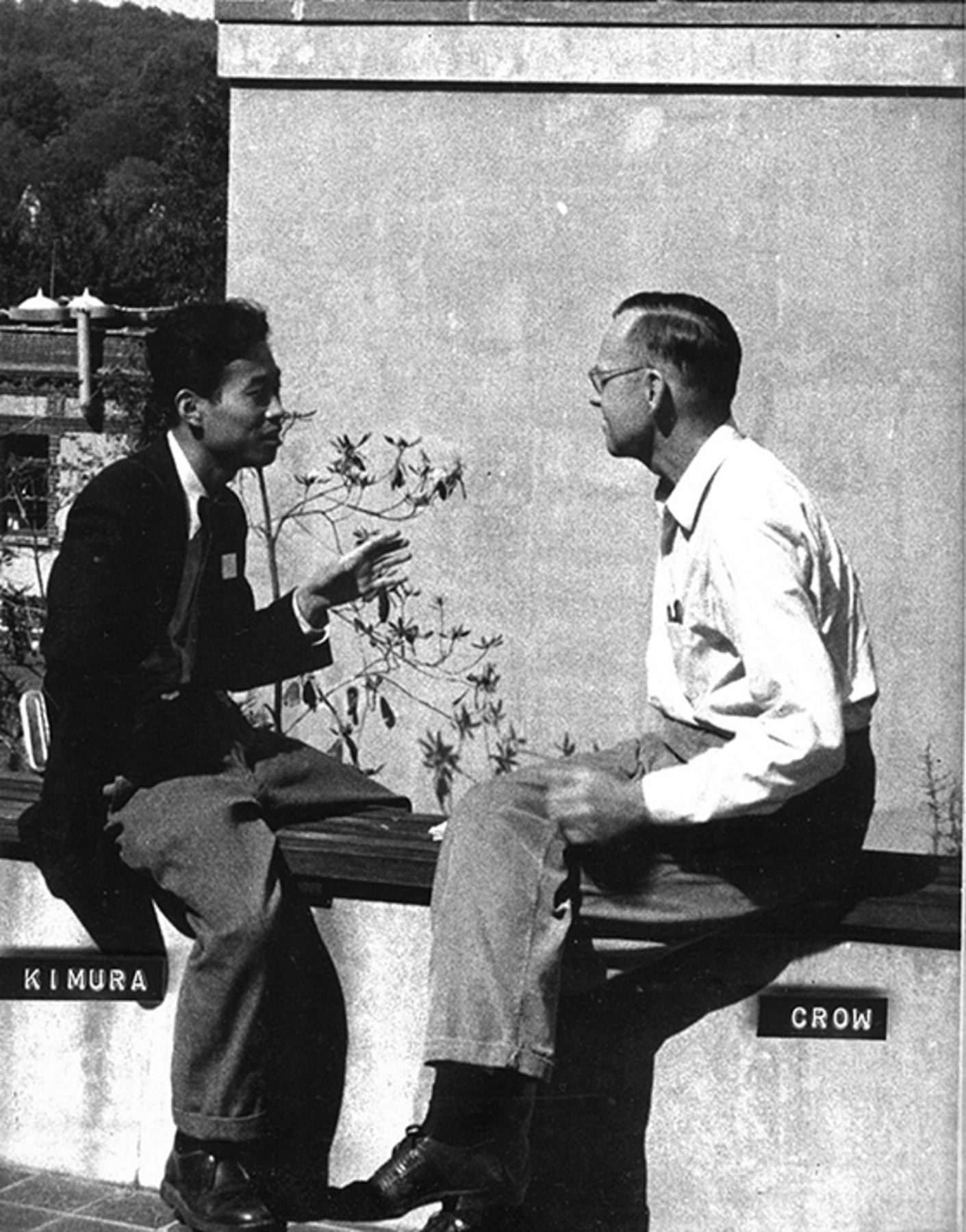 Here’s my well-marked copy of the book, and then a note on the last page, commemorating the day that Don Hickey (a fellow grad student) and I finished the book. We spent a year working our way through it together. 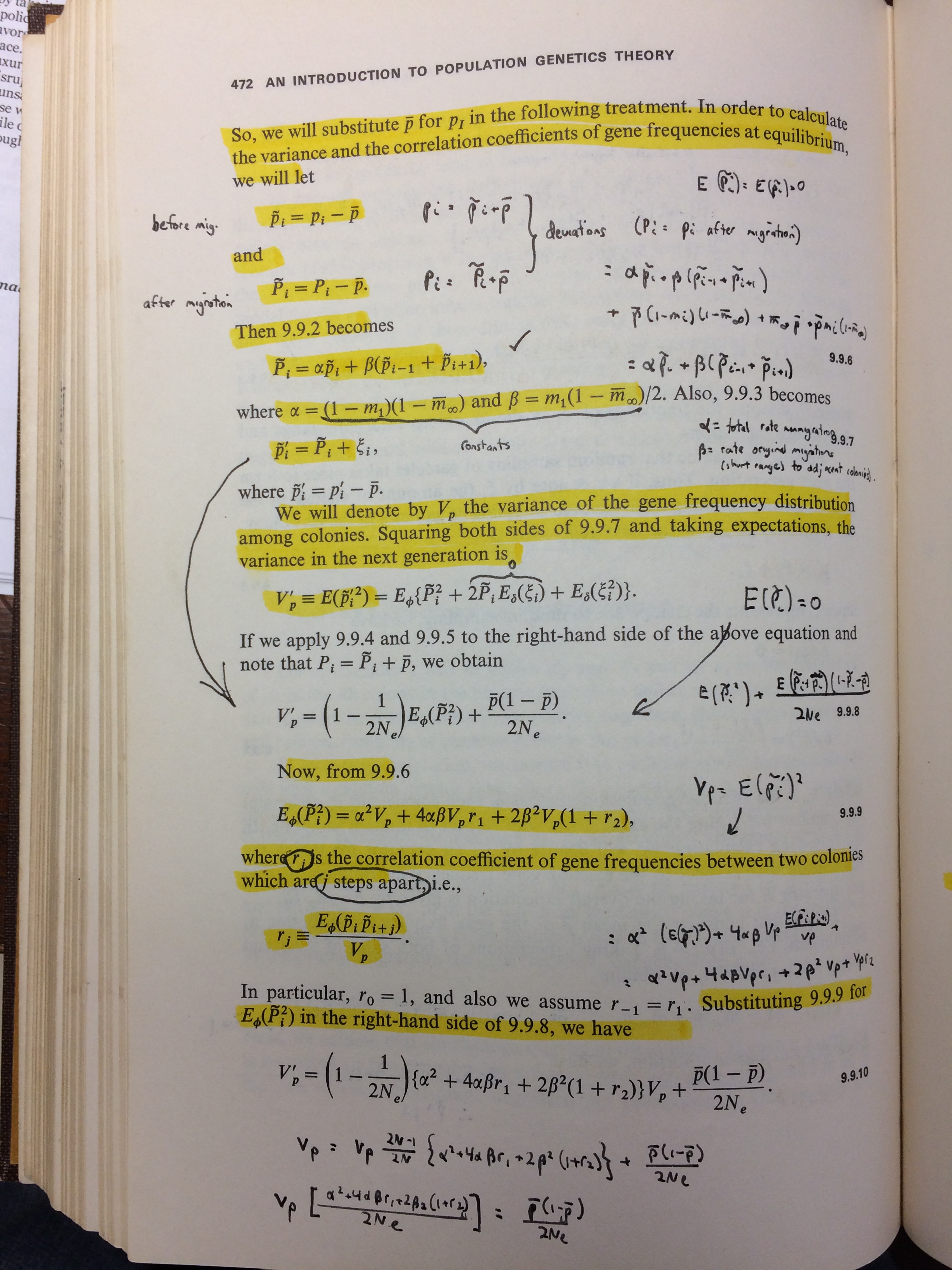 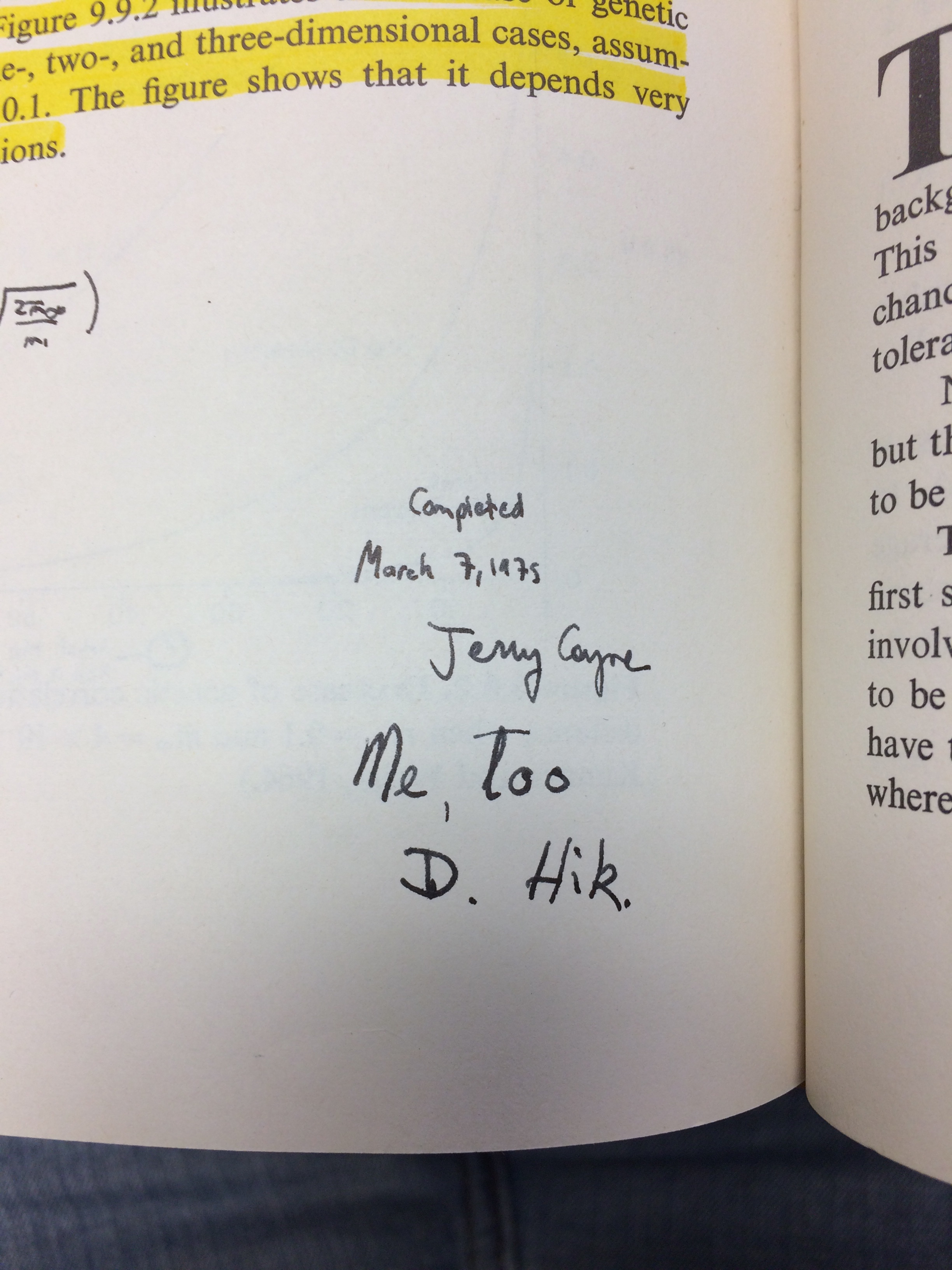 I sat next to Kripke in 1972 in the Rockefeller University student lounge (he was faculty and I a beginning student), watching the election returns as Nixon bulldozed George McGovern (for whom I campaigned). Only Massachusetts and Washington, D.C. went for McG; it was a Nixon landslide. I remember Kripke rocking back and forth on the couch, much like an Orthodox Jew davening (Kripke, a very famous philosopher, was also the son of a rabbi).

Those who became quiescent on November 13 include:

Silkwood was a whistleblower about violations at the Kerr-McGee nuclear facility in Oklahoma. After being mysteriously contaminated with plutonium, she died in a mysterious car crash at 28:

Kimura apparently died on his 70th birthday (see above)

Meanwhile in Dobrzyn, Kulka once again unsuccessfully tries to make friends with Hili:

Kulka: Hi, how are you doing?
Hili: We are sleeping and we don’t expect any guests. 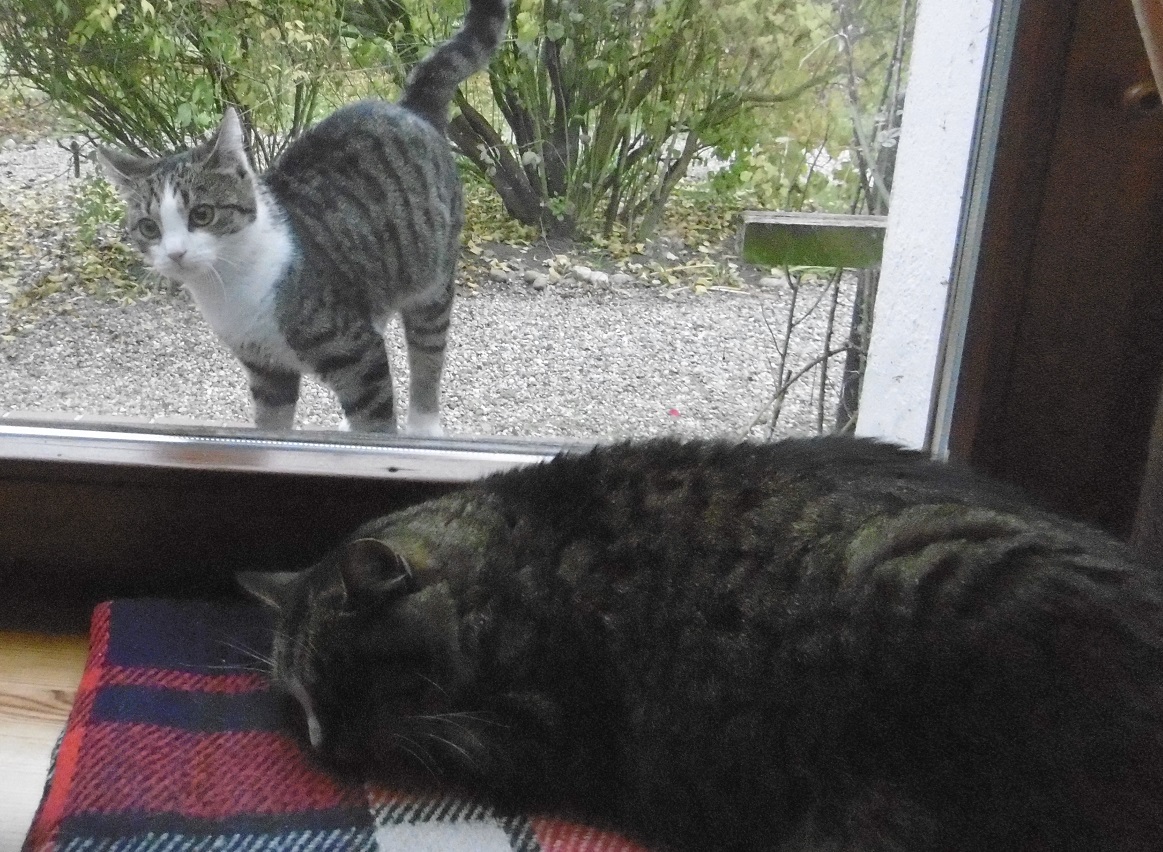 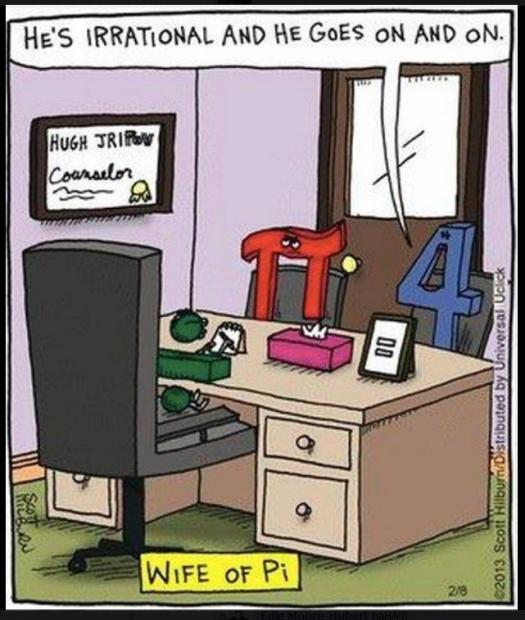 There’s a lot of this going around now, and I assume this one is real and not Photoshopped. From Jesus of the Day: 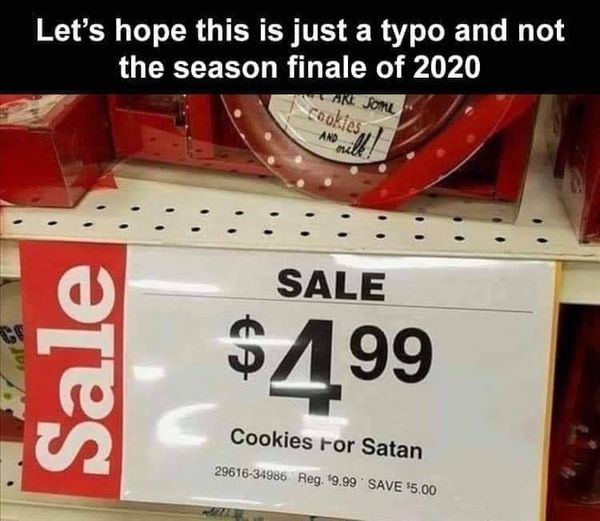 Also from Jesus of the Day. I did not know this! 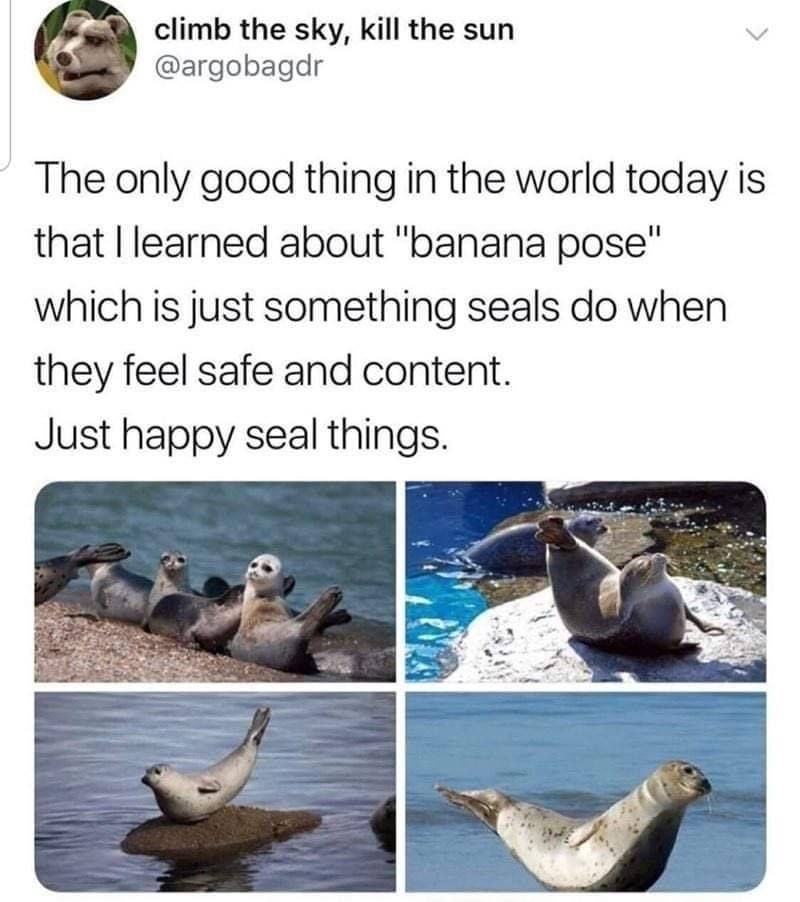 Two tweets from Barry. The first is a koala getting a tummy rub. I think we could all use this:

Nevertheless, the rodent persisted. But enough seeds were spilled that it could have a fine feast after its ride.

Get me off this thing!

Tweets from Matthew. I saw these ducks in Hyde Park last week, but they were far away and didn’t show any of this cool behavior (for a cool video, see here):

Dating in NYC for a Male Hooded Merganser, involves head-tipping, neck-stretching, body dipping to woo the ladies at The Reservoir in Central Park. Accordion neck is sexy!!😆 Things got a little bit testy as the males competed for female attention. An absolute joy a watch!❤ pic.twitter.com/vXFIh4RWoo

One of Matthew’s beloved optical illusions.

The hair of the left image appears to be whitish, though the color is the same gray as that of the right image. pic.twitter.com/2wvNMrsqeE

Leta Powell Drake’s Wikipedia page says that she works as “a broadcaster, television producer, screenwriter and television personality on local stations in Nebraska.”

Currently obsessed with Leta Powell Drake, the greatest interviewer of all time. pic.twitter.com/3oCYAd9vZD

This video links to a New Scientist article with free access, and a remarkable video of the wasp hunting by immersing itself fully in water:

Matthew is joking, of course:

What about this poor bird with only one leg? Shouldn’t @RSPBEngland be saving it rather than taking a photo? https://t.co/VBGxl6I9gp