Reader Jorg Driesener sent some photos of a newly-hatched cicada (species unidentified), one of our most beautiful insects. His notes and IDs are indented.

I saw this cicada shortly after it had left its previous shell. I wish I had stumbled upon it a bit earlier, but it was not to be.  As you can see, initially its wings were still wrinkled and non-functional.  It had no choice but to be a willing photographic model.  Over time they straightened out and hardened, and then it was flew away. 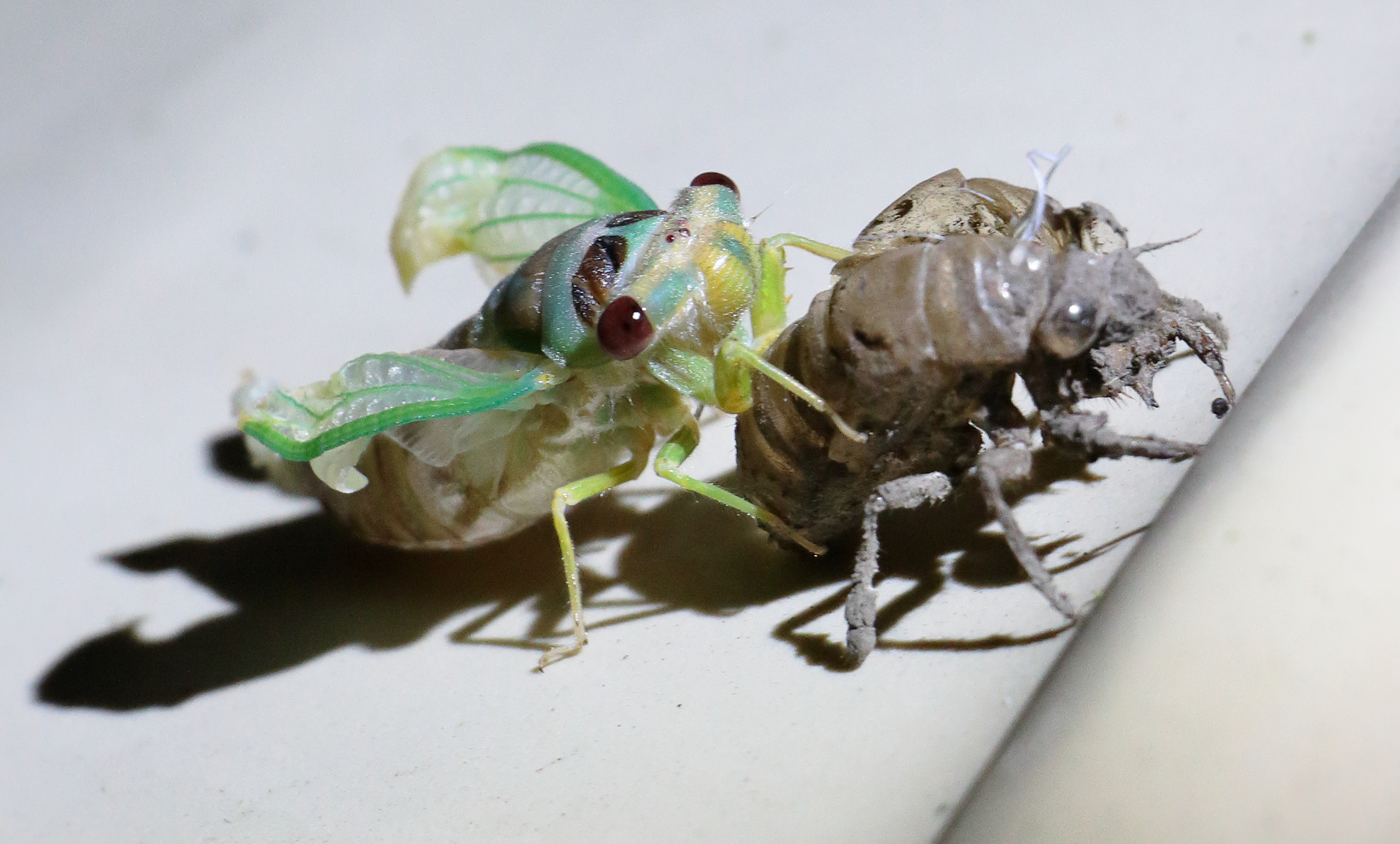 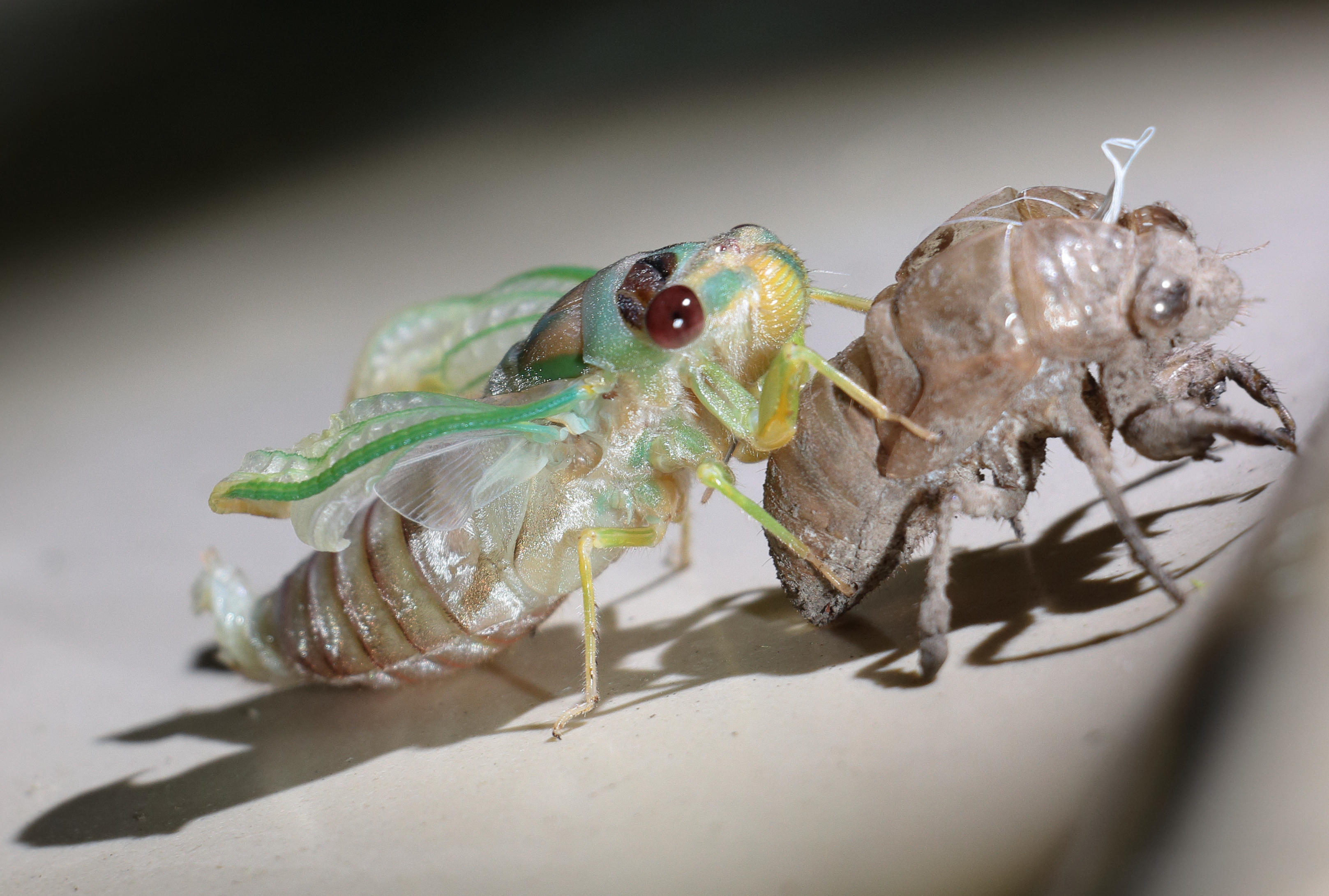 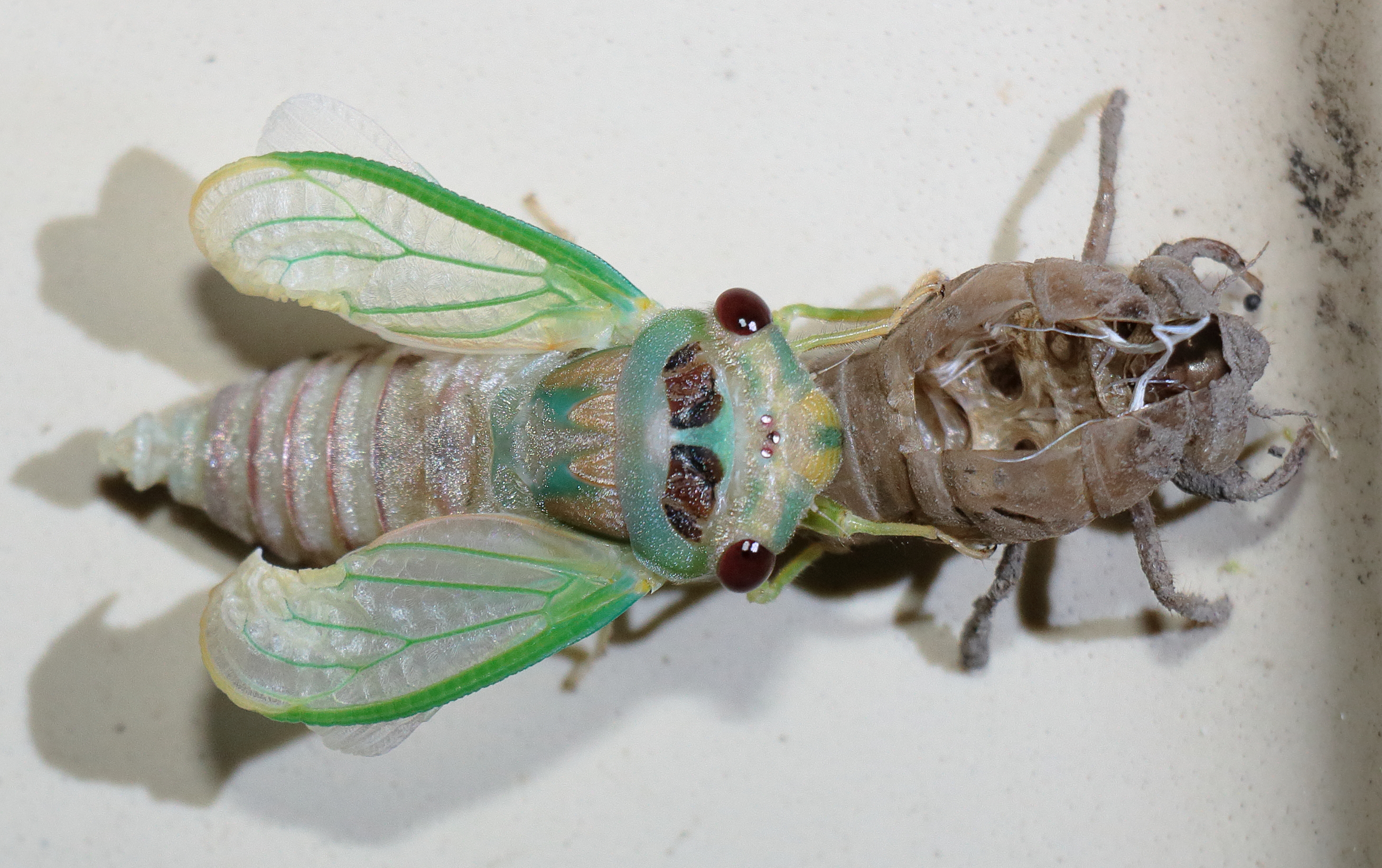 Comparing this fully adult cicada to the one that had just shed its shell, you can see how the colours get more intense with age and the markings become more dominant. 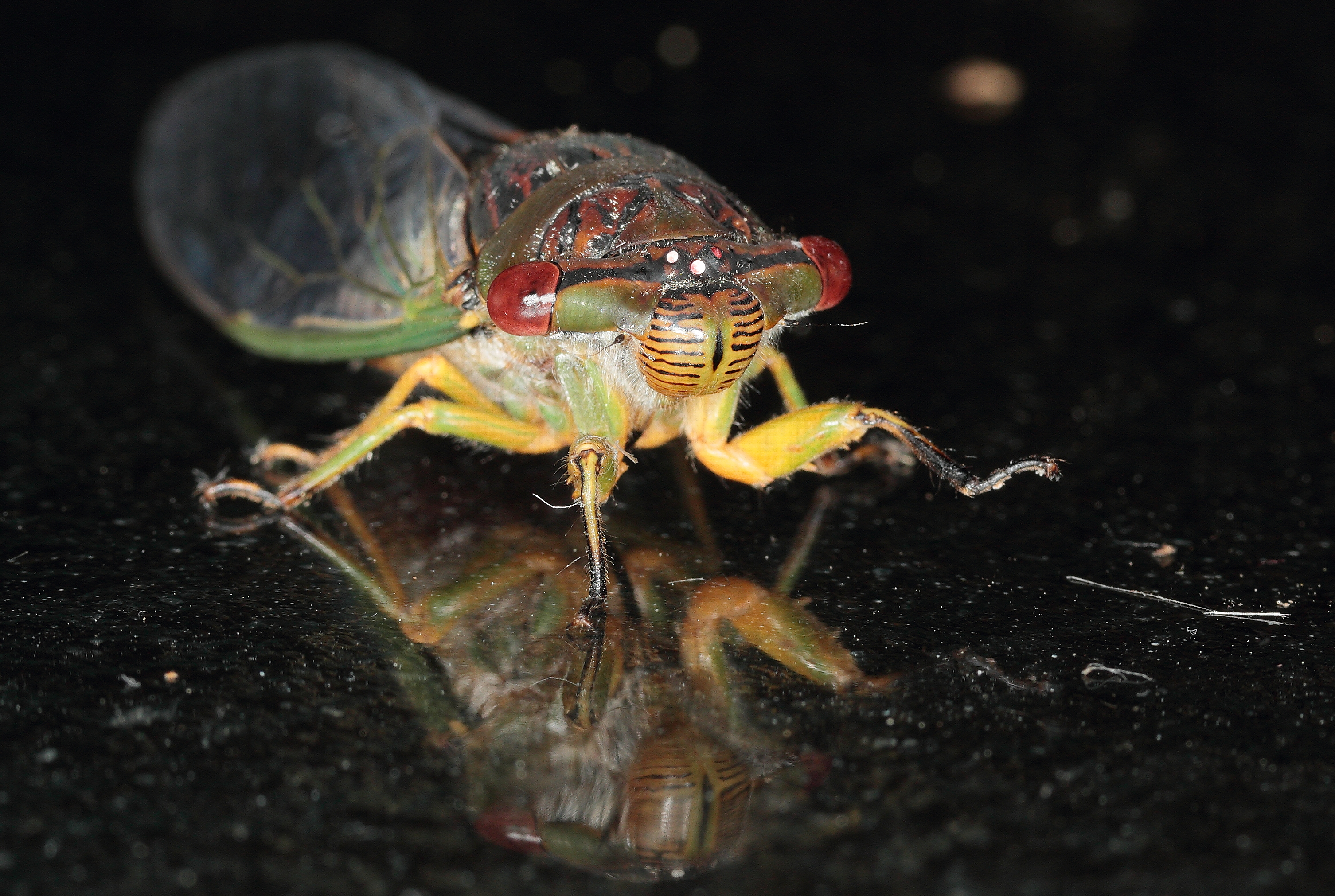 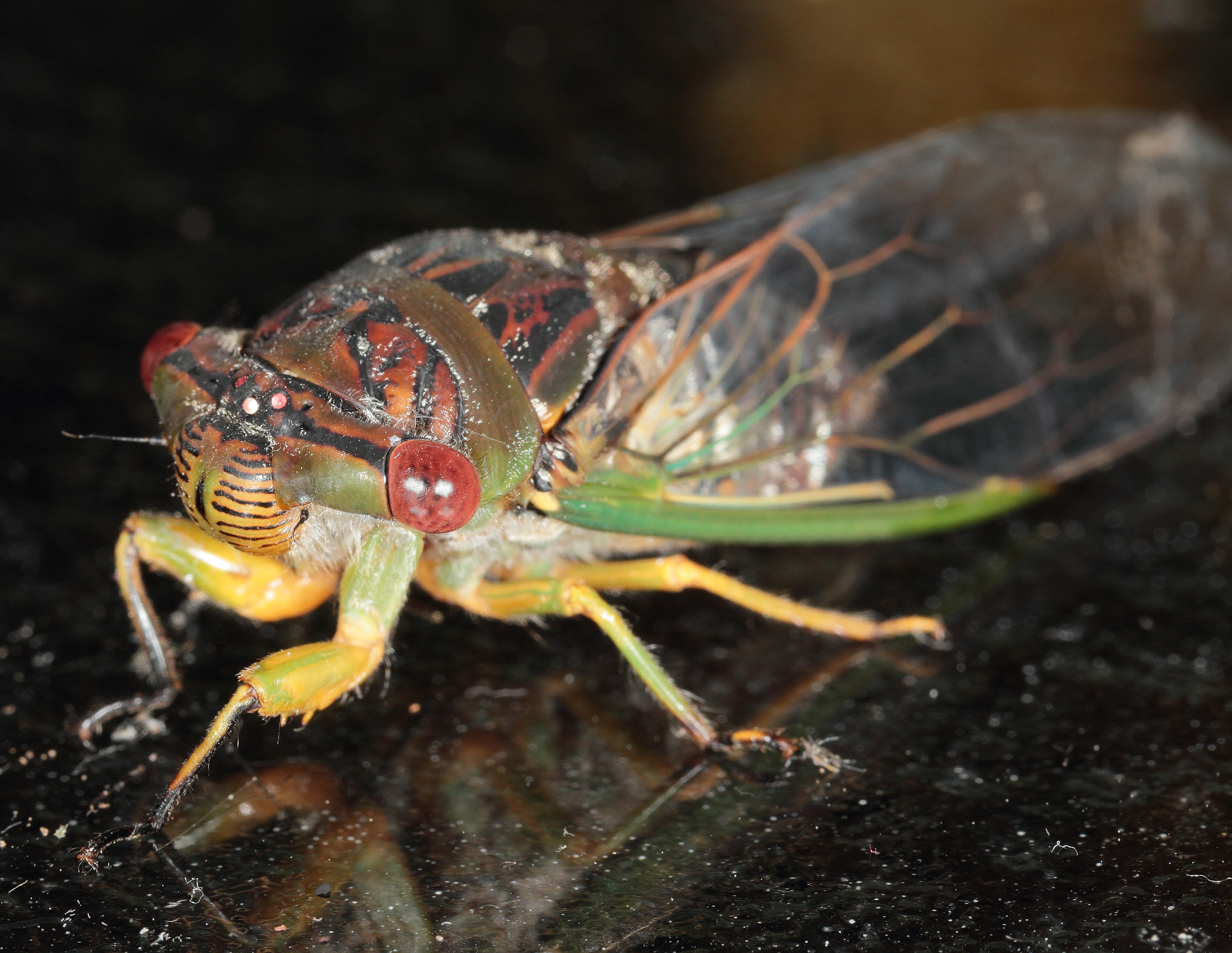