DO NOT FORGET TO SET YOUR CLOCKS BACK IF YOU DIDN’T LAST NIGHT.

Good morning on Ceiling Cat’s Day, November 1, 2020; remember that the sabbath was made for cats, not cats for the sabbath. For food, it’s both National Bison Day and National Paté Day.

And it’s also a multiple food month, to wit:

As always, I start November by posting a lovely and appropriate poem by Wallace Stevens

And the rude leaves fall.
The rain falls. The sky
Falls and lies with worms.
The street lamps

Are those that have been hanged.
Dangling in an illogical
To and to and fro
Fro Niz – nil – imbo.

Only two days remain until I get sliced like a porterhouse steak at Peter Luger’s: I report for slicing and dicing at 6 a.m. on Tuesday. I took my first COVID test yesterday morning (required before surgery) and it came back negative less than 24 hours later.

Today’s Google Doodles (click on screenshot) goes to a “how to vote” page:

News of the Day: According to a New York Times/Siena College poll, Biden is leading Trump by a “clear advantage” in four key states: Pennsylvania, Florida, Arizona, and (by a wide margin) Wisconsin. People are fed up with Trump, he’s going to lose, and I’ll win abut $400. (I also have a bet that if Biden wins, the election will not be taken to the Supreme Court.) I won big time in 2012 and 2008, winning two dinners and several hundred bucks betting on Obama. I lost on Hillary last time, but will recoup my losses this November.

Joseph R. Biden Jr. holds a clear advantage over President Trump across four of the most important presidential swing states, a new poll shows, bolstered by the support of voters who did not participate in the 2016 election and who now appear to be turning out in large numbers to cast their ballots, mainly for the Democrat.

Mr. Biden, the former vice president, is ahead of Mr. Trump in the Northern battlegrounds of Wisconsin and Pennsylvania, as well as in the Sun Belt states of Florida and Arizona, according to a poll of likely voters conducted by The New York Times and Siena College. His strength is most pronounced in Wisconsin, where he has an outright majority of the vote and leads Mr. Trump by 11 points, 52 percent to 41 percent.

A journalism scandal at The Atlantic. A Washington Post story gives the link to the Atlantic piece and the “correction”. A quote from WaPo

The Atlantic’s widely read story on niche sports and ambitious parents took a strange turn late Friday night, when the publication appended a nearly 800-word editor’s note claiming that its fact checkers had been deceived — including by the author of the piece. According to the note, Ruth Shalit Barrett — the former New Republic writer who left journalism in 1999 after scandals over plagiarism and claims that she embellished quotes and exaggerated details — participated in a scheme to mislead the magazine about at least one detail relating to the story’s central character.

Oy! Well, this next story proves that all police training isn’t innocuous. The Manual (Kentucky) Redeye reports that, for a brief period, well, I’ll let the paper tell you: (h/t Saul)

A training slideshow used by the Kentucky State Police (KSP) — the second largest police force in the state — urges cadets to be “ruthless killer[s]” and quotes Adolf Hitler advocating violence.

Yes, it’s true, though they haven’t used that slideshow for a long time. See the site for the slides.

For the third day in a row, Illinois has set a daily record for new coronavrus cases: 7,899. I was tested yesterday as well, as all pre-surgery patients must be. It was painless, even though they said it would be “uncomfortable.” As I expected (see above), I was negative.

Stuff that happened on November 1 includes:

It took the old guy ten years (in two dollops) to paint that ceiling, and I must see it one day. Italy is the one European country that I’ve almost never visited. I’ve never been to Florence, Rome, or any of the great cities, having spent only three days in Padua (for a conference) and a month in Bellagio on Lake Como (for a writing stint). 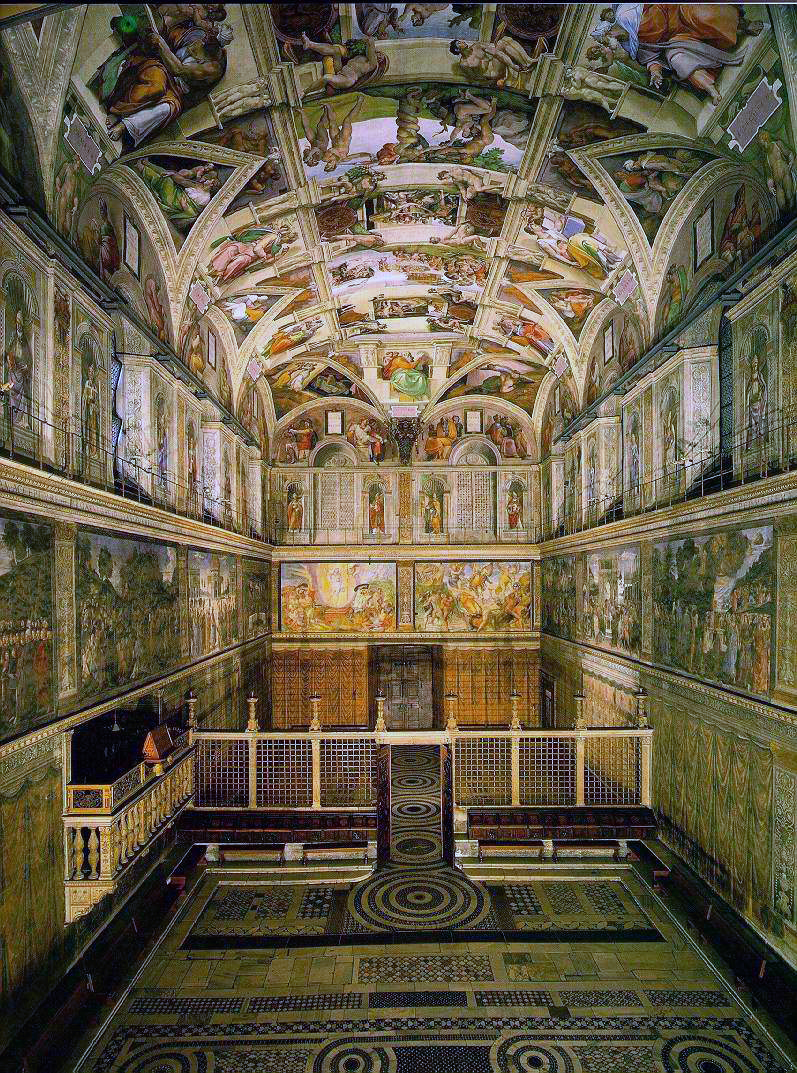 One of the deadliest earthquakes in history, this disaster features in Voltaire’s Candide as an example of how this is not the best of all possible worlds (and, by extension, God isn’t doing a good job).

Here’s a short documentary of that first movie studio and a few film clips, including one of Annie Oakley doing some sharpshooting.

Here’s that picture: a Zulu bride and groom on their wedding day: 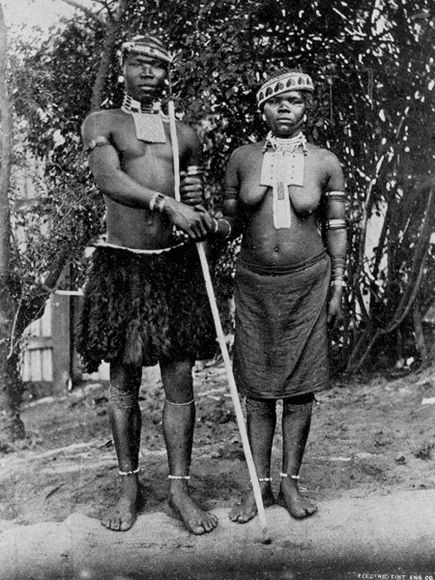 And of course I must reproduce that deservedly famous image (the link tells the story): 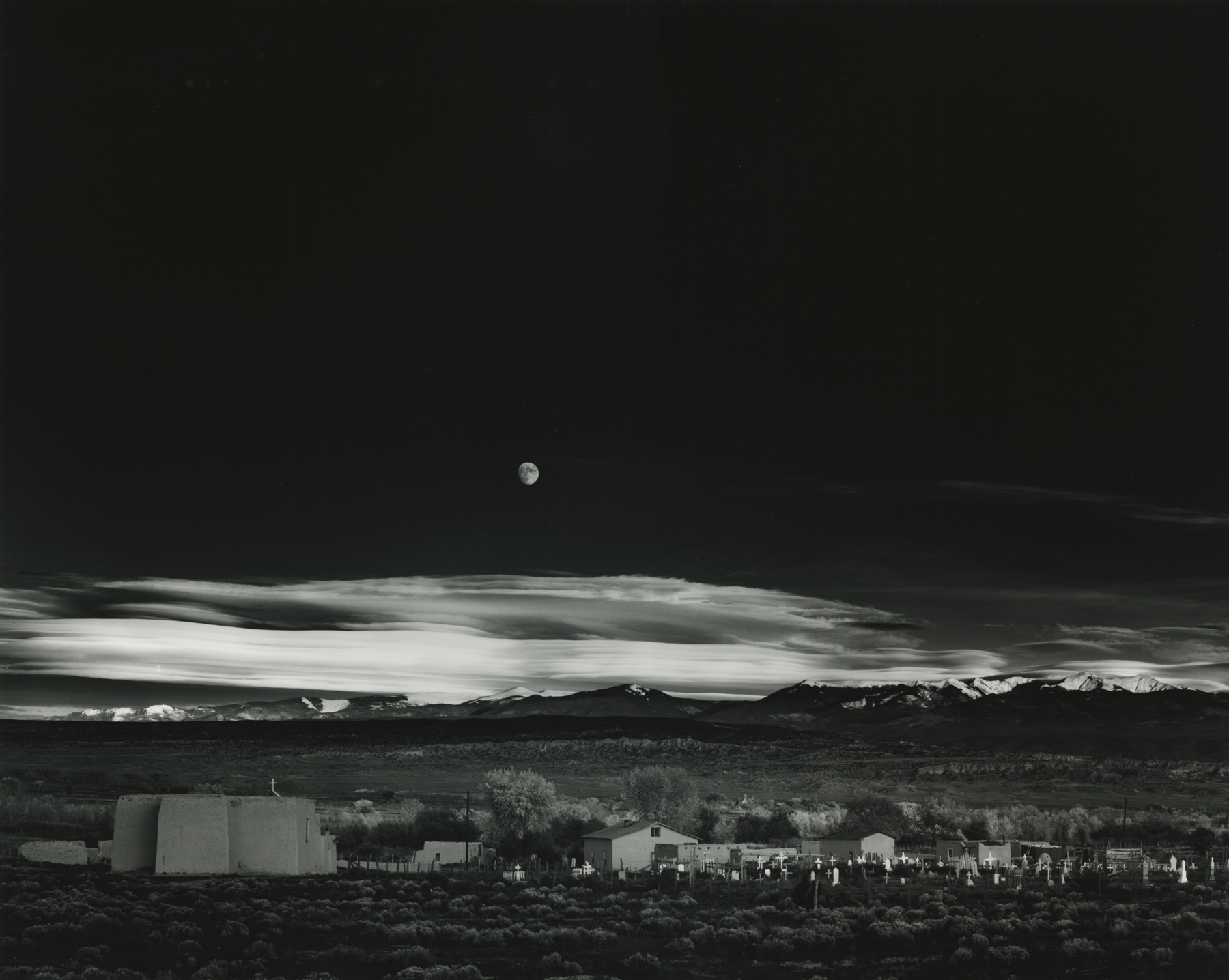 A thermonuclear weapon differs from the Hiroshima bomb by using both fission and fusion reactions, with the fission reaction starting the fusion. These are also known as hydrogen bombs or “H bombs.”

Beginning about 1912, Wegener proposed the “continental drift” hypothesis, and was poo-pooed by his colleagues. He was, of course, right: we now know of plate tectonics. Sadly, Wegener (pictured below) died before his hypothesis was confirmed (one of its opponents, curiously, was the famous paleontologist George Gaylord Simpson).

One of my claims to fame is that the boot store Texas Traditions (in Austin) posted an Instagram photo of my ancient T. O. Stanley boots, made by T. O. for himself and acquired by me, and Lyle Lovett liked the boots: 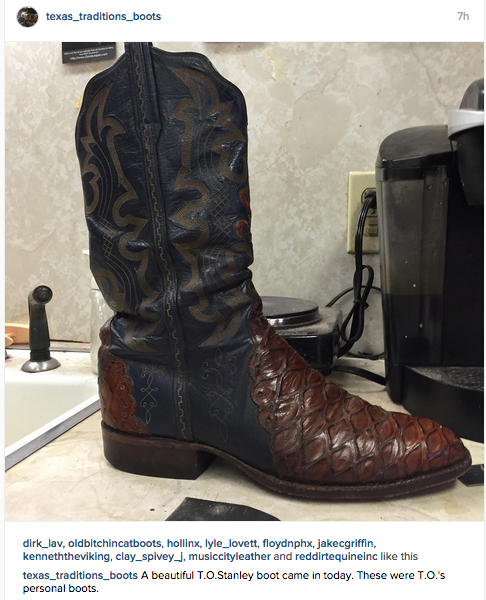 Those who took the Big Nap on November 1 include:

Ochoa and Arthur Kornberg shared the 1959 Medicine or Physiology prize for work on the synthesis of DNA and RNA.

Meanwhile in Dobrzyn, Hili’s arguing with Andrzej again. And Hili’s life is FAR from difficult!

Hili: Life is always difficult.
A: Now it’s easier than it was in the past.
Hili: These are objective data which have no impact on our subjective feeling. 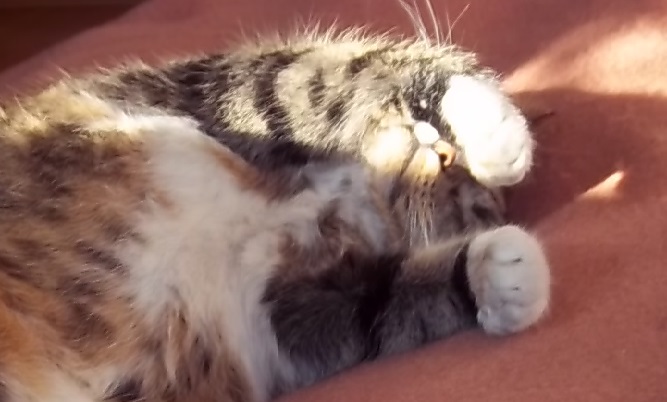 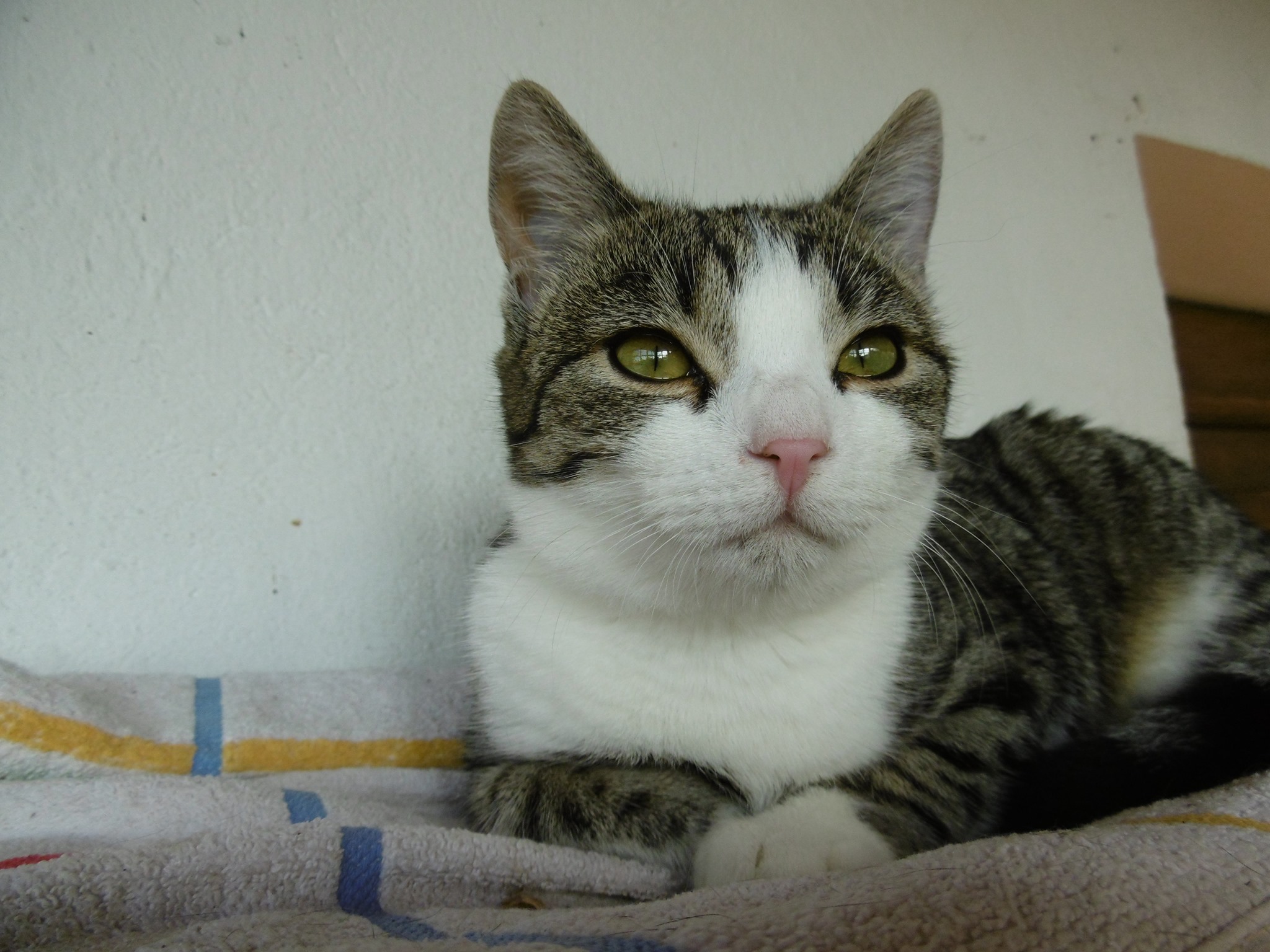 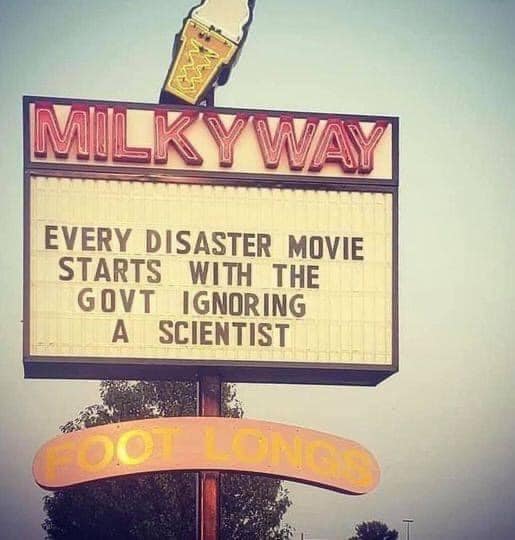 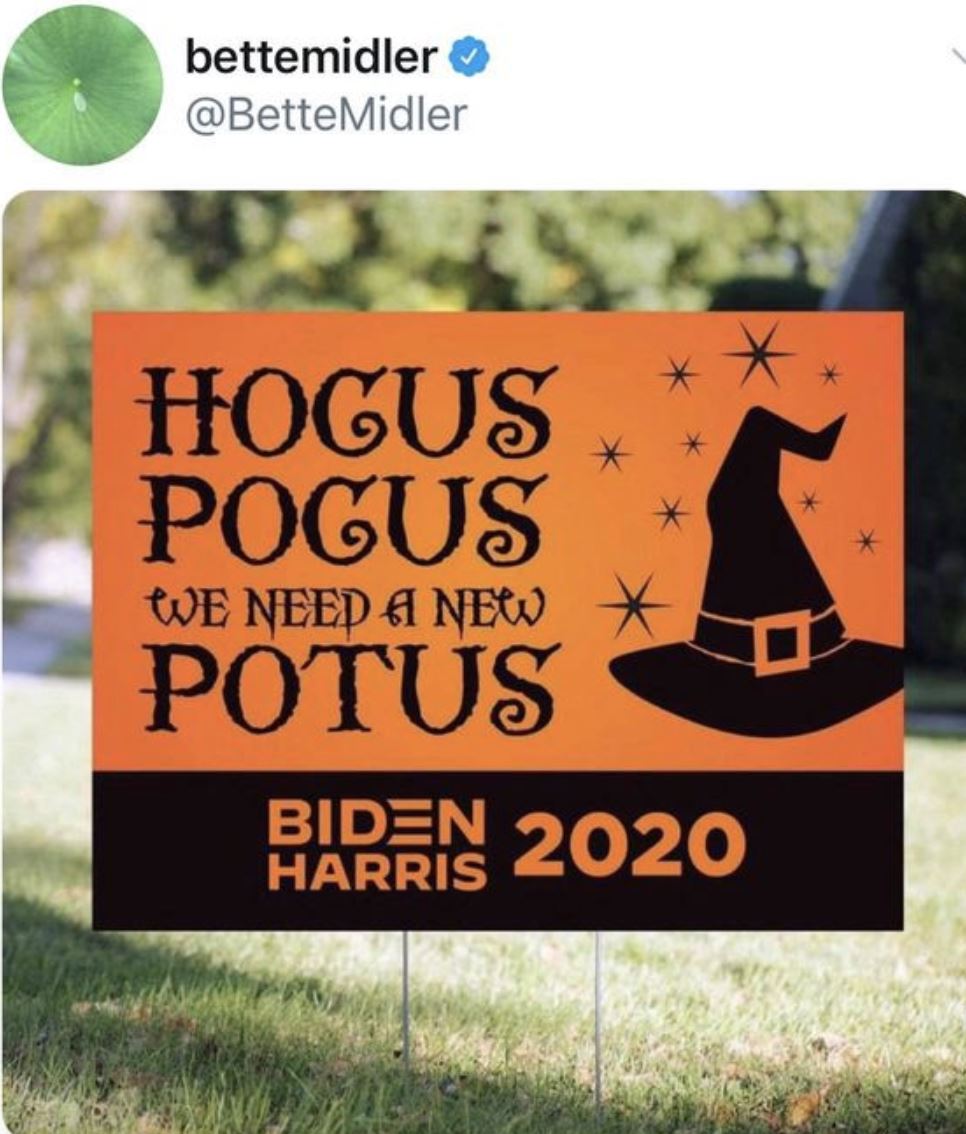 From Jesus of the Day, some great Halloween costumes: 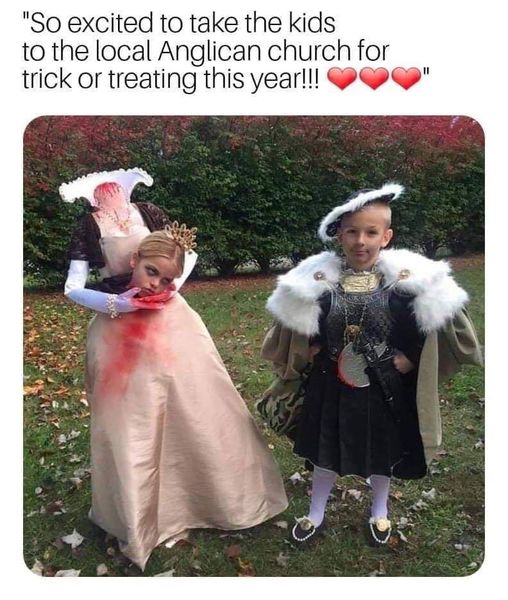 A tweet from Simon. Evolution of masks (but the end product is not on an adaptive peak).

Evolution is a tinkerer pic.twitter.com/uvtJbu5Lbg

Tweets from Matthew. Check out this fossil, which clearly represents a deformed embryo that didn’t thrive.

Okay, okay as it’s #Halloween here’s one of the spookiest fossils ever found, a 125 million-year-old TWO-HEADED reptile from China.

This oddball is an embryo or newborn of a semiaquatic reptile known as a choristodere.#Halloween2020 pic.twitter.com/ieklc3JuFb

I got one of these in the head in Costa Rica in 1973. The larvae entered on a mosquito proboscis:

Human botflies are so noisy that they dont approach us but instead lay their eggs on other animals that do, such as this mosquito. Yep stuck on the side of this mosquito is an egg of Dermatobia hominis – TRES COOL #HappyHalloween pic.twitter.com/kDF3SXgPC2

I wonder if this is true:

Behold, I present to you: Gourd of the Flies! This pumpkin features three beloved garden pollinators, a hoverfly, a bee fly, and a long-legged fly! pic.twitter.com/ppmjKCntXs

This is a moth caterpillar, turned upside down in the first picture. In normal posture, it’s a stunning leaf mimic.

L3 of Salassa sp. on J. regia in the wild pic.twitter.com/bvM9pYMdBK

Matthew explains: Halloween in Japan involves people wearing placards around their necks describing their situation, adding “They imagine themselves in some trivial but slightly anxiety-inducing normal situation and then dress up appropriately (so in first tweet woman has a tray of food).”

“the Starbucks employee forced to smile through an exhausting Halloween” pic.twitter.com/B33ZCaVEI4