We received the mailer below last Friday. It is transparently mendacious. 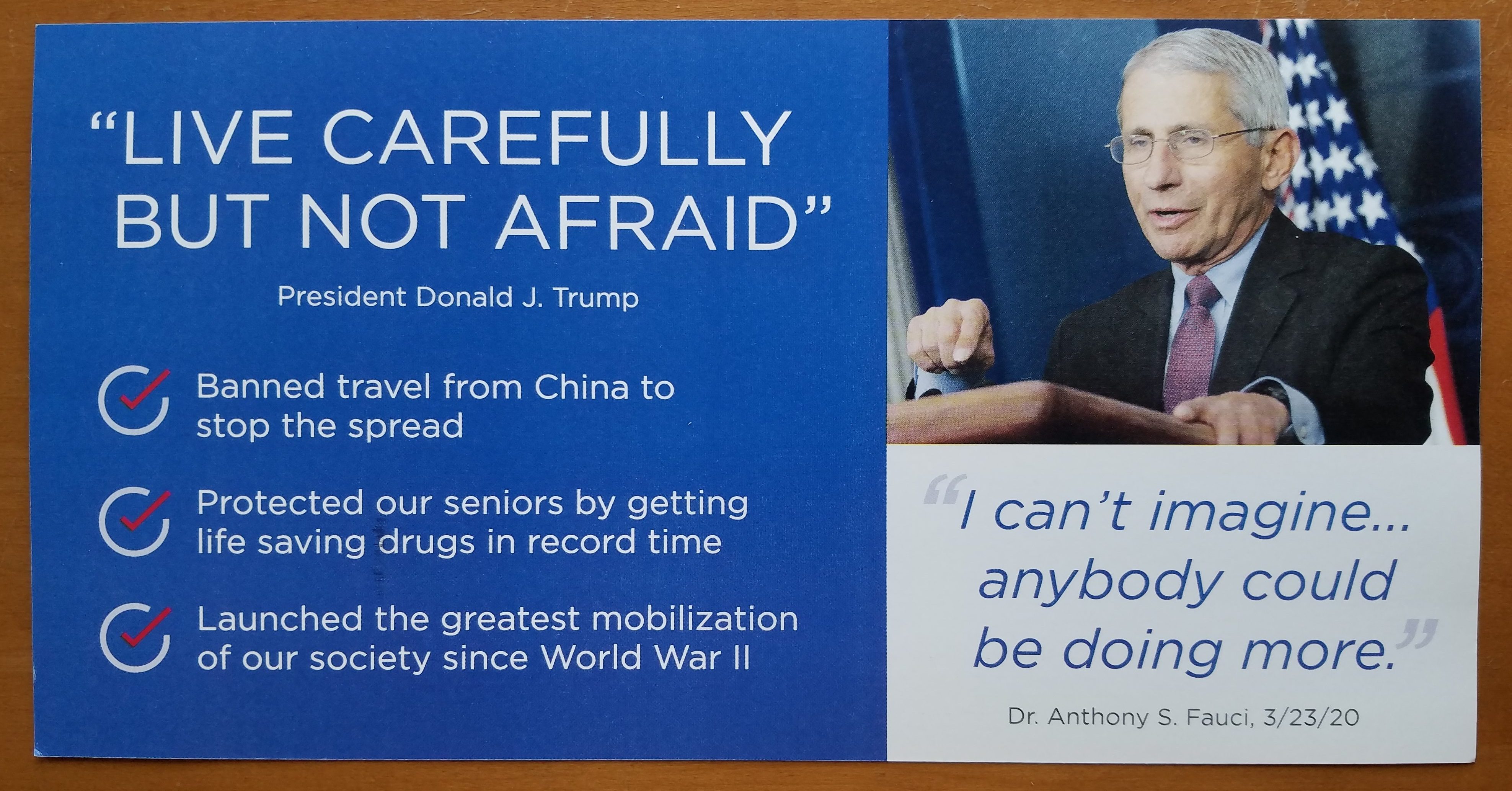 As everyone knows, Anthony Fauci has not, and has never made a political endorsement; and the statement he made in March is not about Donald Trump. The other three statements range from partly true to patently false. But of course, the major thrust is the apparent endorsement of Trump by Fauci, and thus on that ground alone, the people who put this out are liars. Who are they? 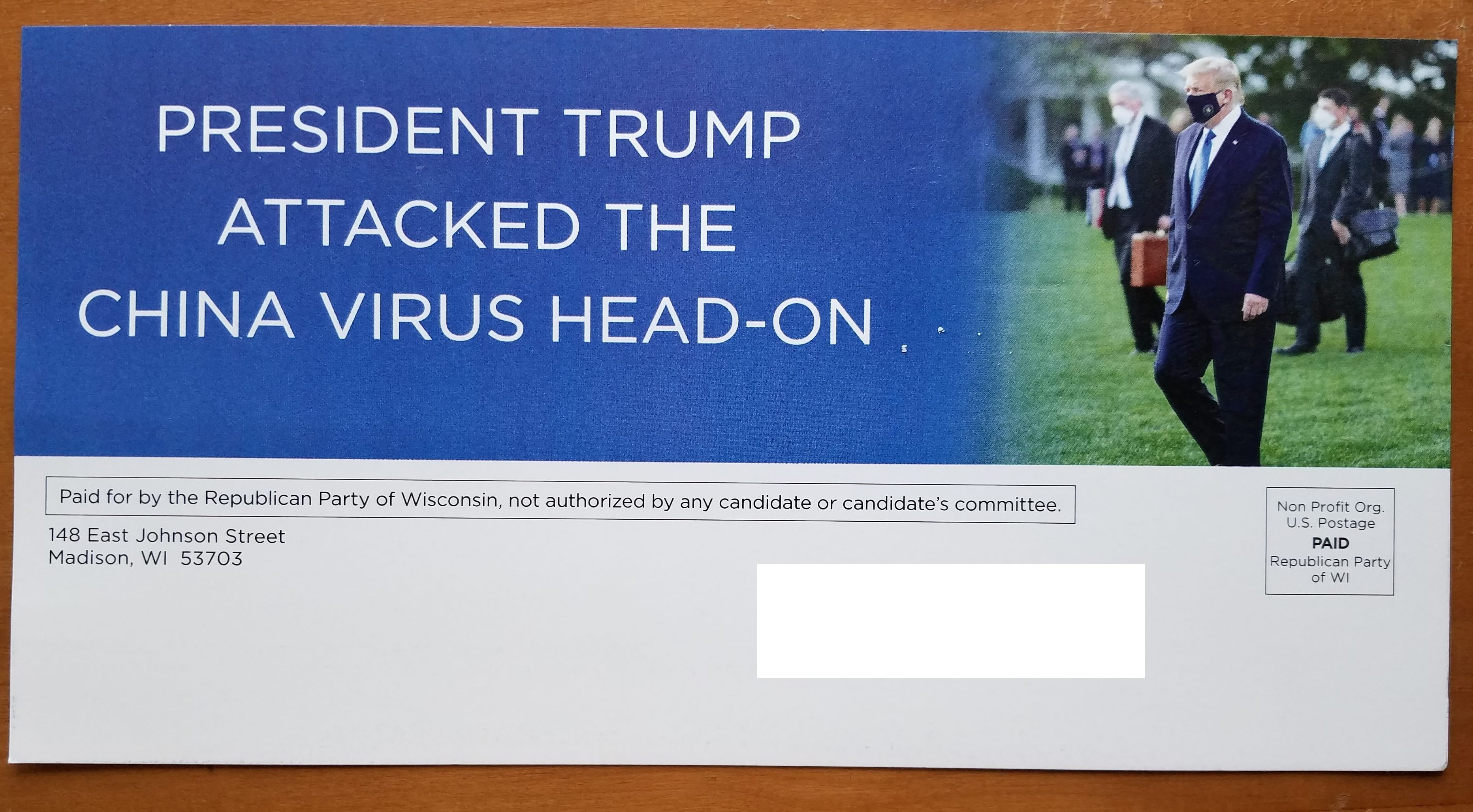 Yes, it’s the Republican Party of Wisconsin. No surprises there. But it was too late to influence me. I’d already voted!

44 thoughts on “A dishonest election ad”