Today we have installment #2 of John Avise‘s new series on “faux ducks”: those species that many people think are ducks, but which aren’t ducks. You still have to guess the species, even though you know it isn’t a duck. The answer, some fun Faux Duck facts, and a range map are below the fold. John’s words are indented:

We continue our series of “faux ducks” with another common waterbird species that some people might otherwise confuse with true ducks in the family Anatidae. 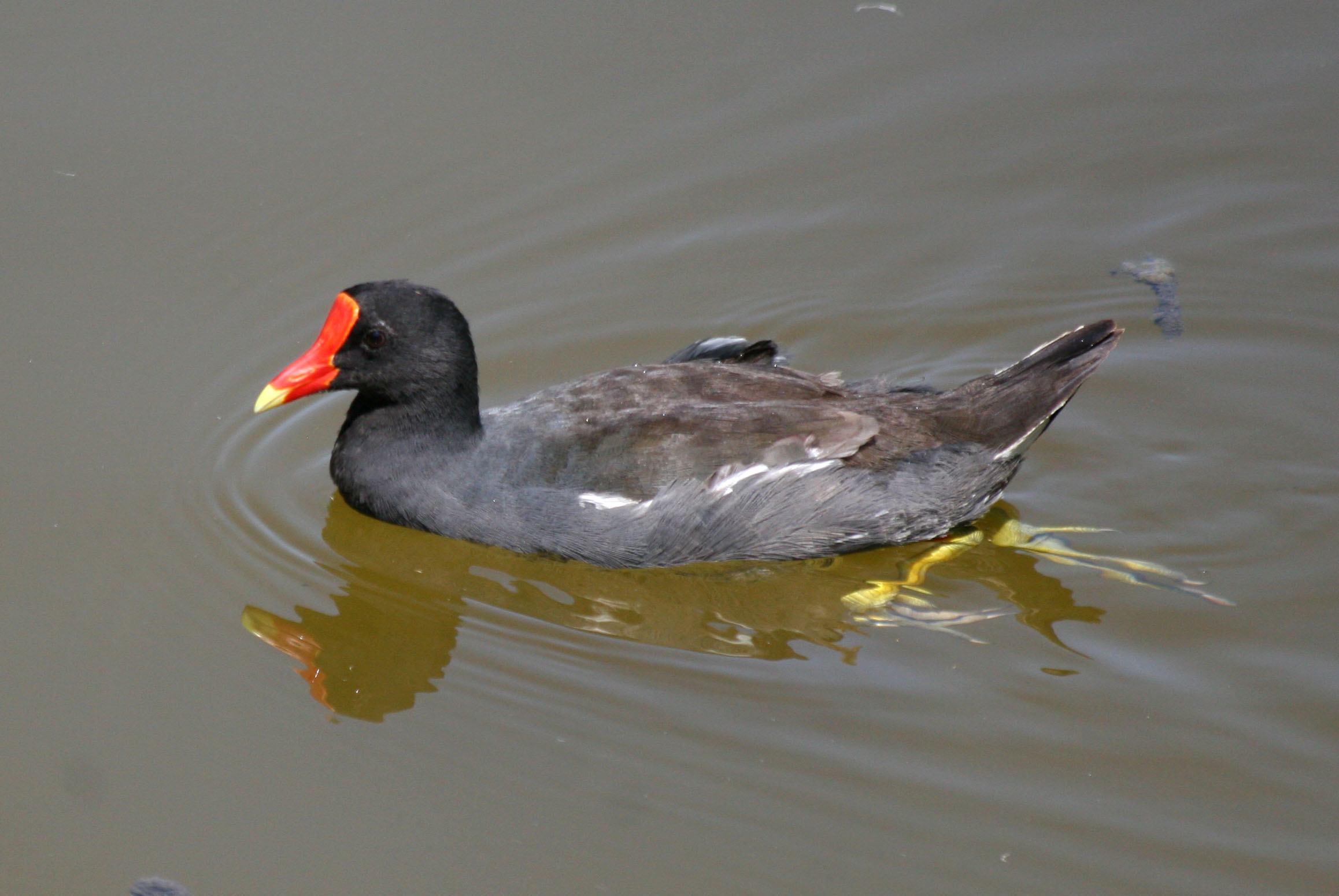 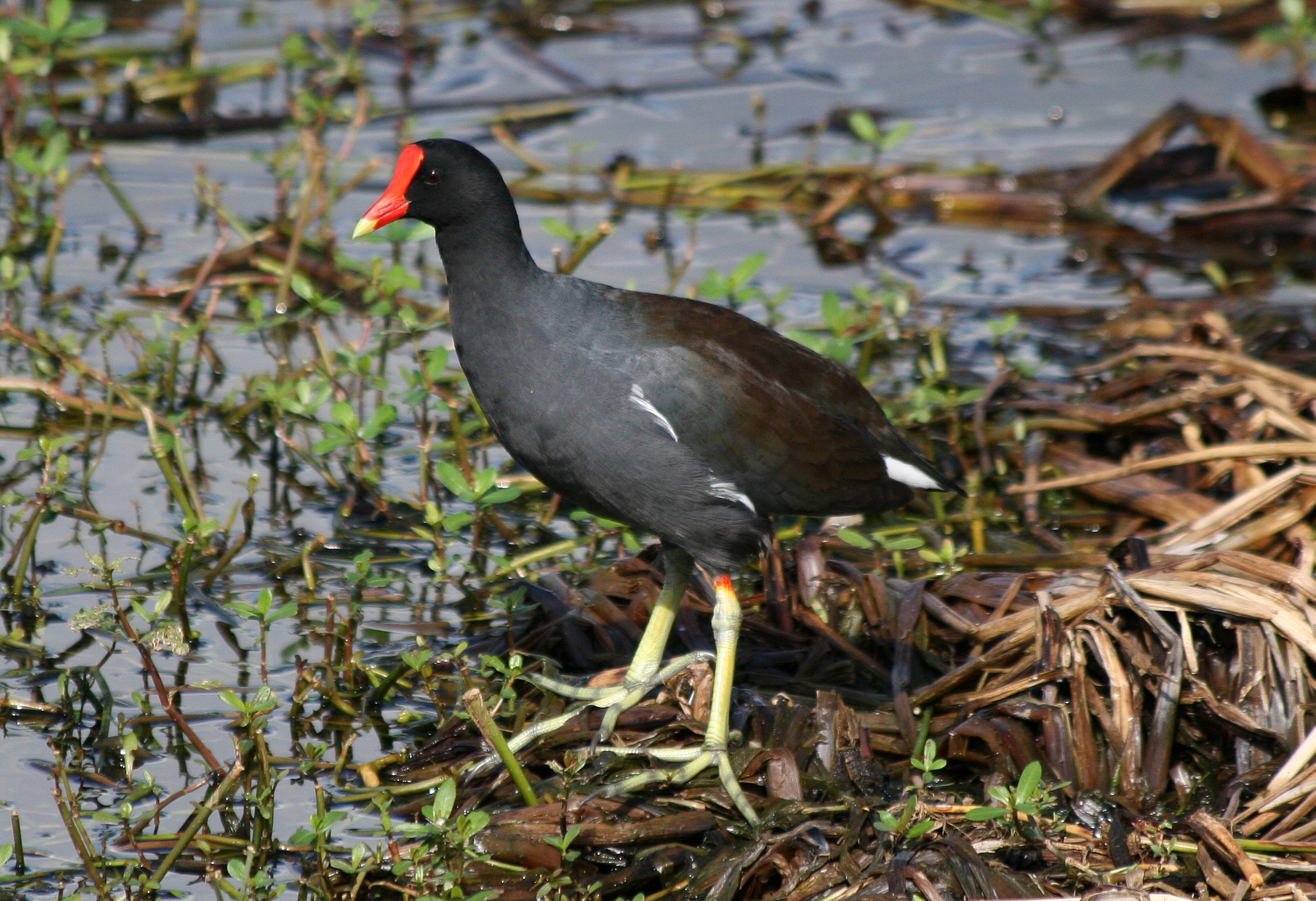 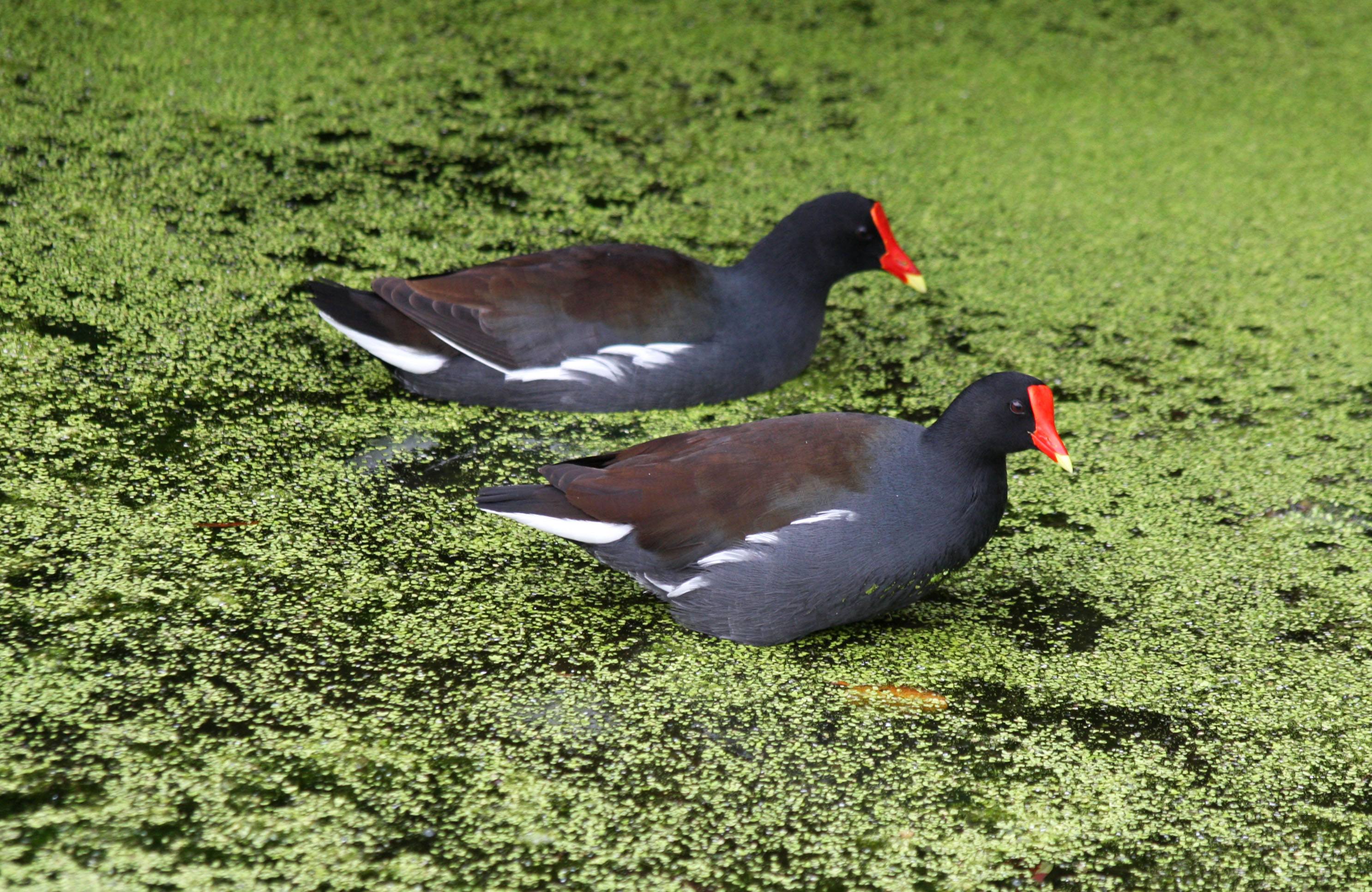 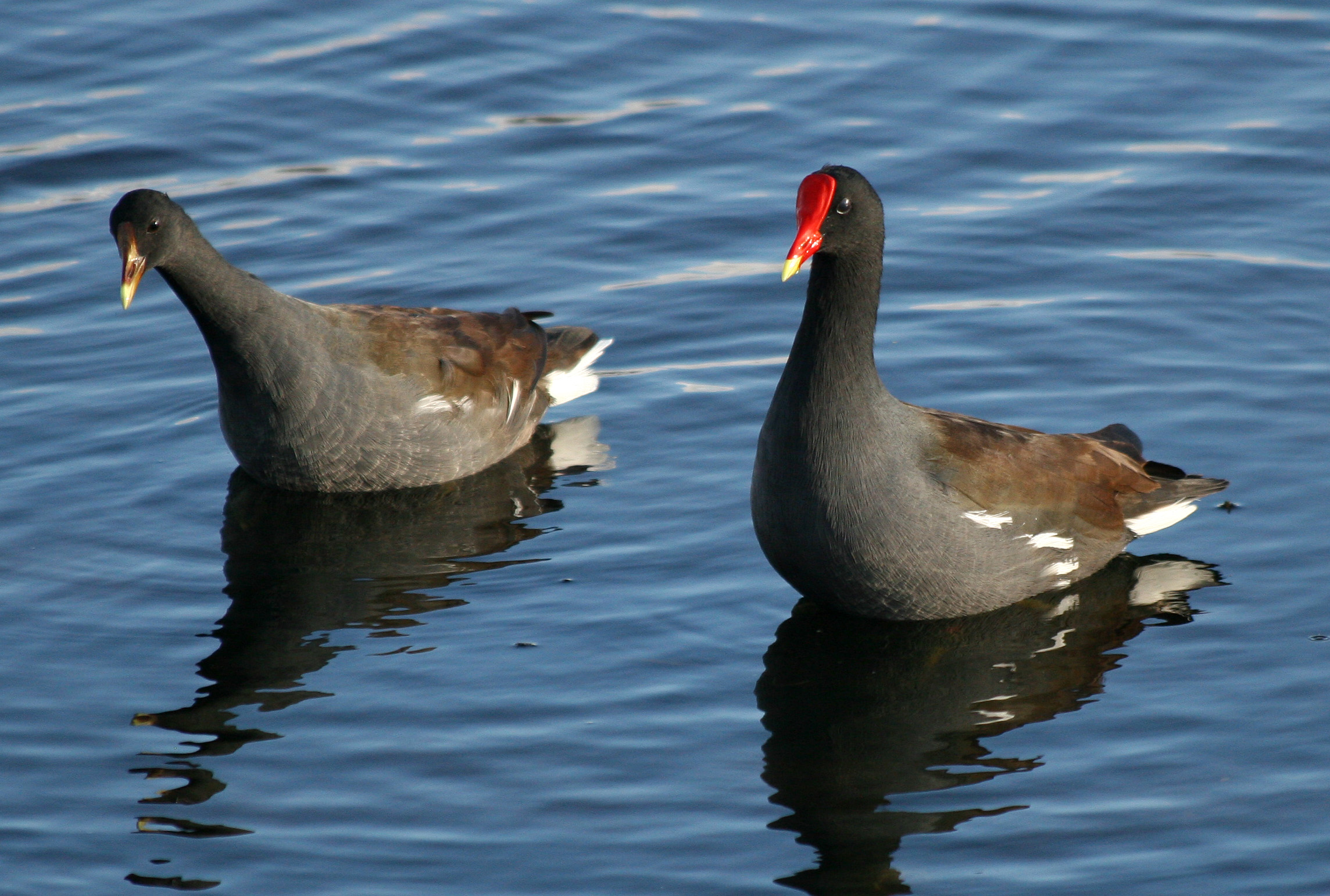 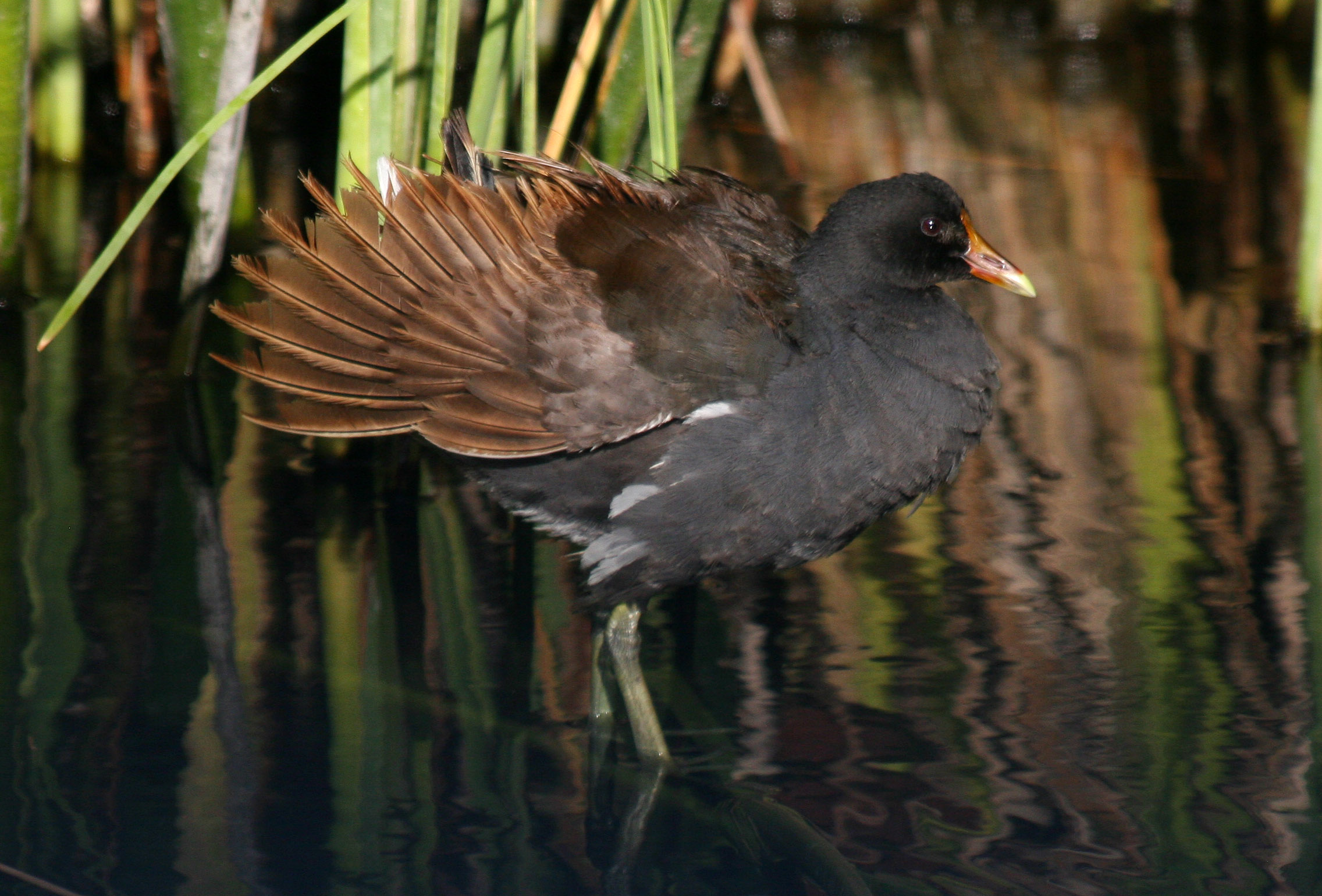 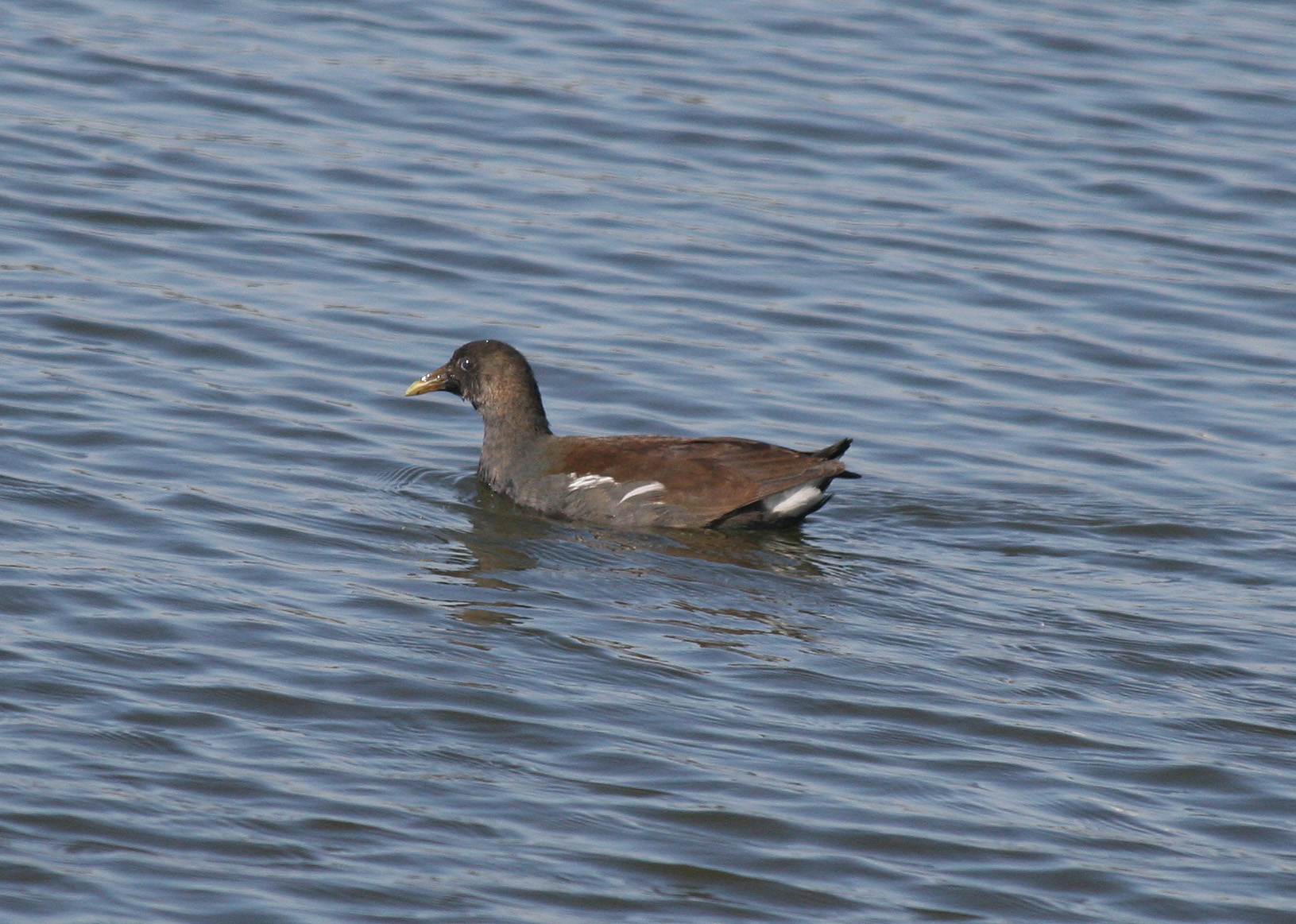 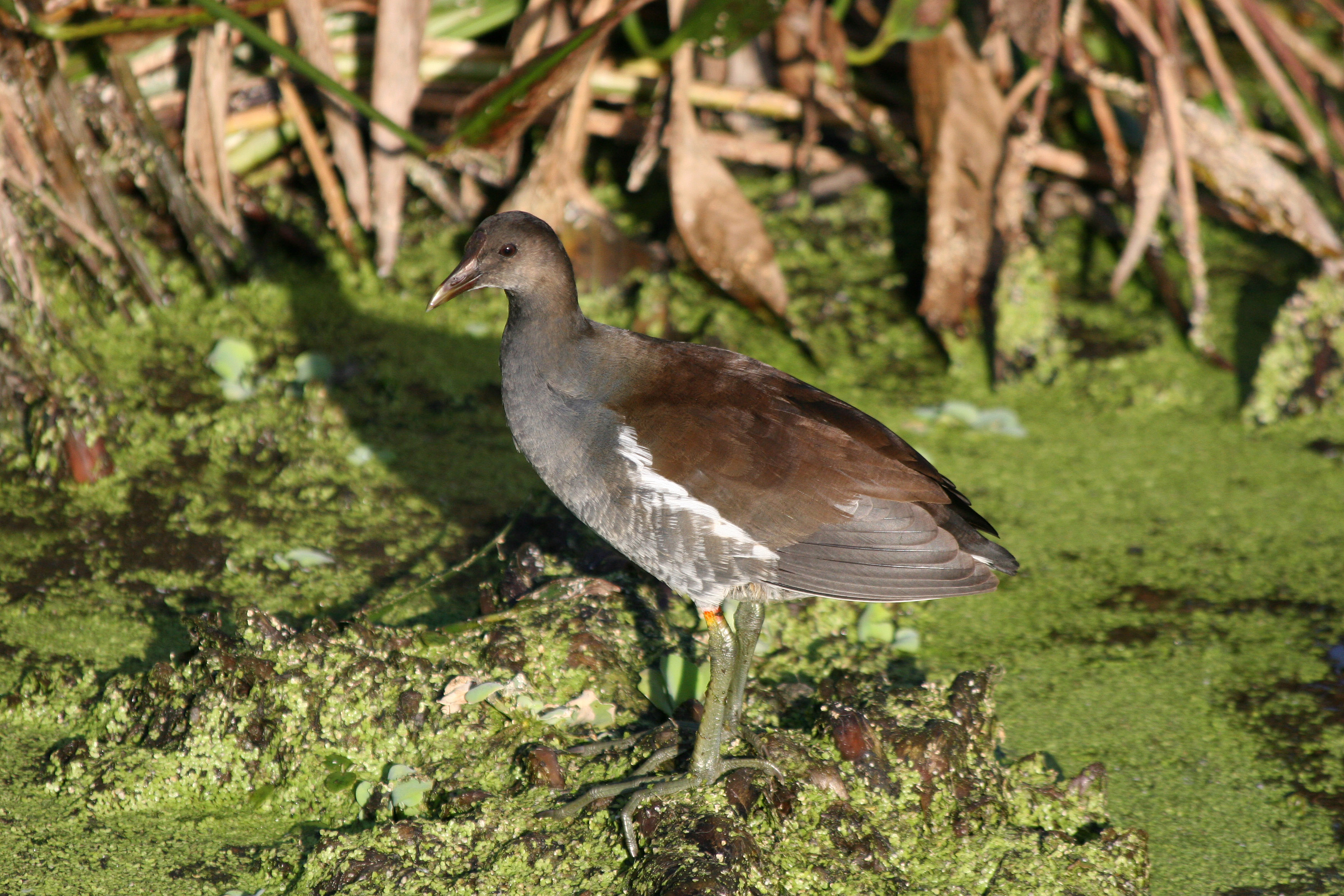 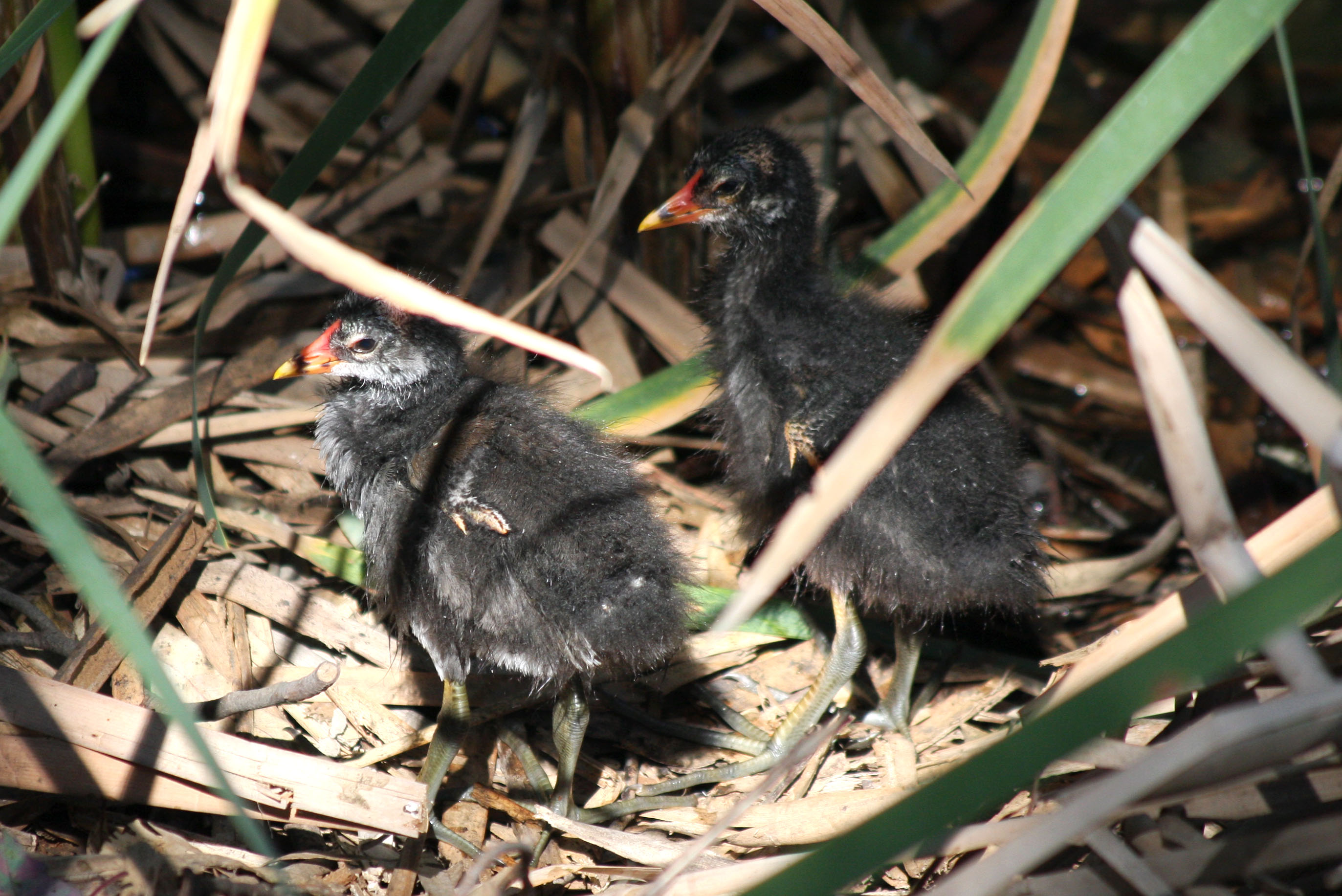 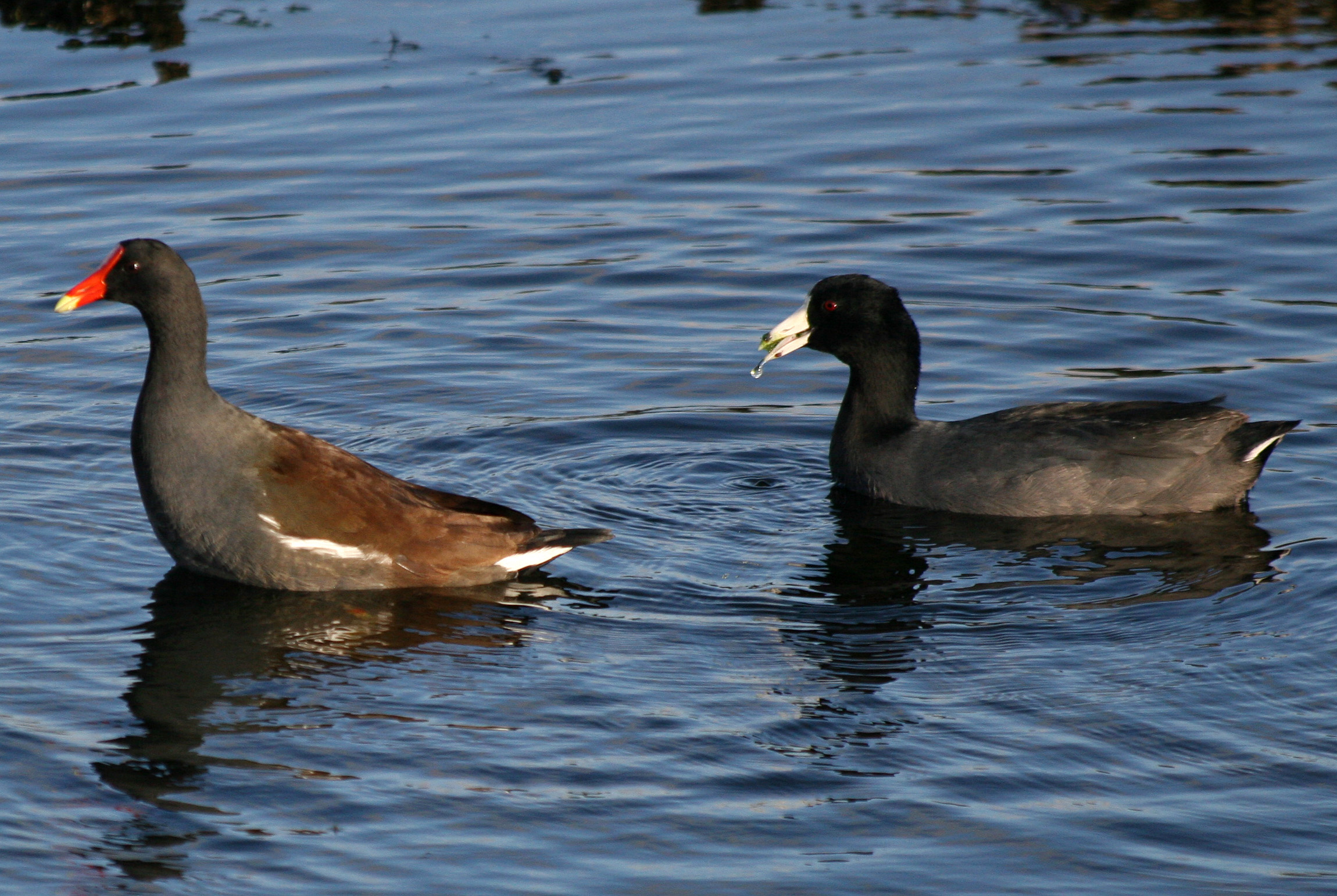 Click on “read more” to see the ID, faux duck facts, and a range map.

Residing in the family Rallidae, this charcoal-plumaged species is a cousin of the American Coot (see last week’s post), and looks much like the latter, except that its bill (and frontal shield) are mostly bright red rather than mainly white as in the Coot.  Also, the long and slender toes of Gallinules are well suited for walking (e.g., on lily-pads) and lack the lobate webbing that the Coots display.  These birds nonetheless often swim, albeit rather weakly.  The Common Gallinule of the Americas was recently taxonomically split from the Common Moorhen (Gallinula chloropus) of Europe (these two had formerly been considered conspecific).   This species shows no sexual dimorphism and breeding adults are simply more brightly colored than the non-breeding adults and juveniles (see photos). Basket nests are built of dense vegetation and typically contain about 6-8 eggs per brood.

A range map from the Cornell site: 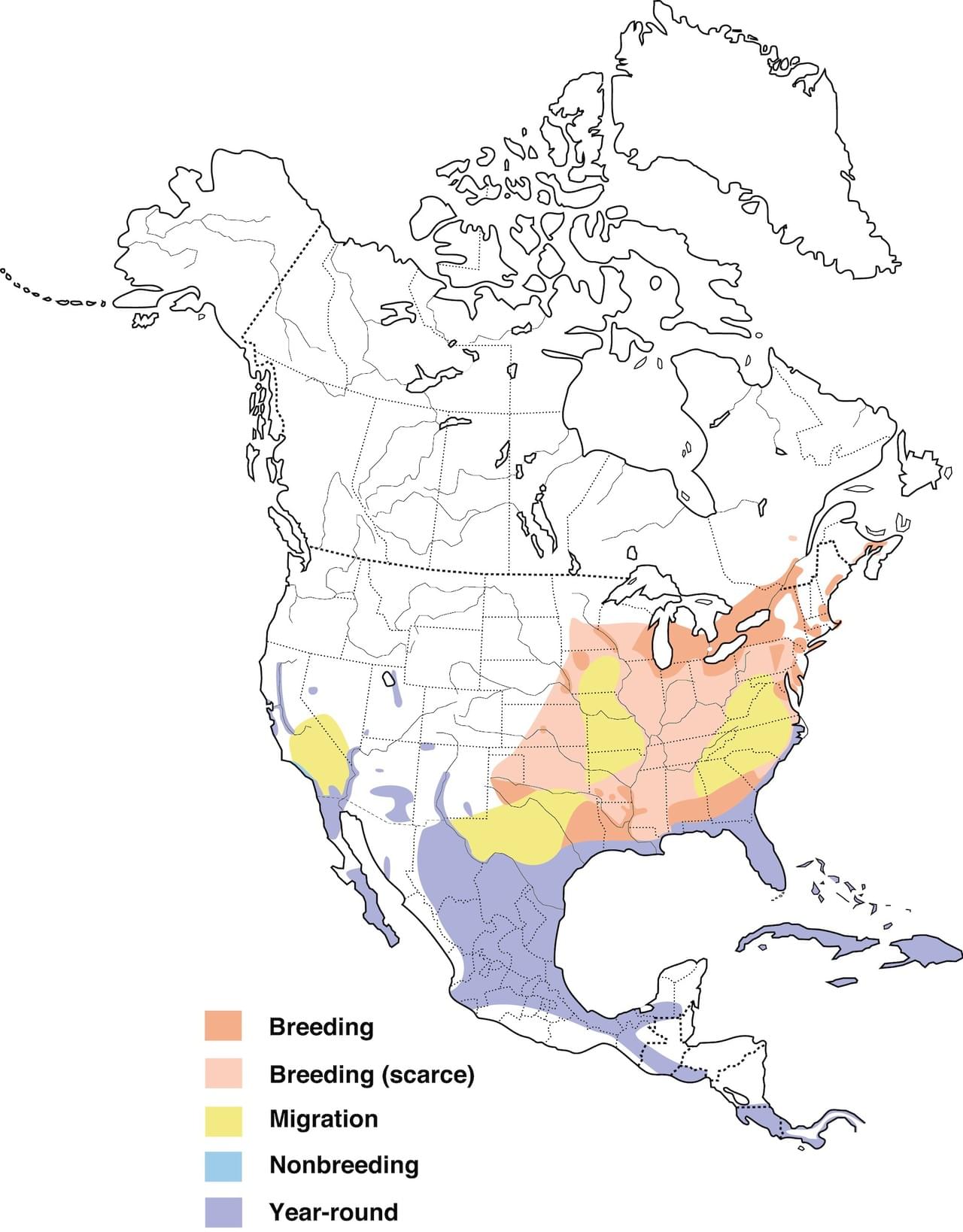