There’s lot of confusion among laypeople, and even among scentists, about what “sex” is, in the sense of “what do we mean by a biological sex?” This goes along with questions like “Is sex binary?”, “How many sexes are there?” and so on.

For a scientific but accessible discussion of how biologists construe sex, the article below from Aeon (click on screenshot) is quite good. 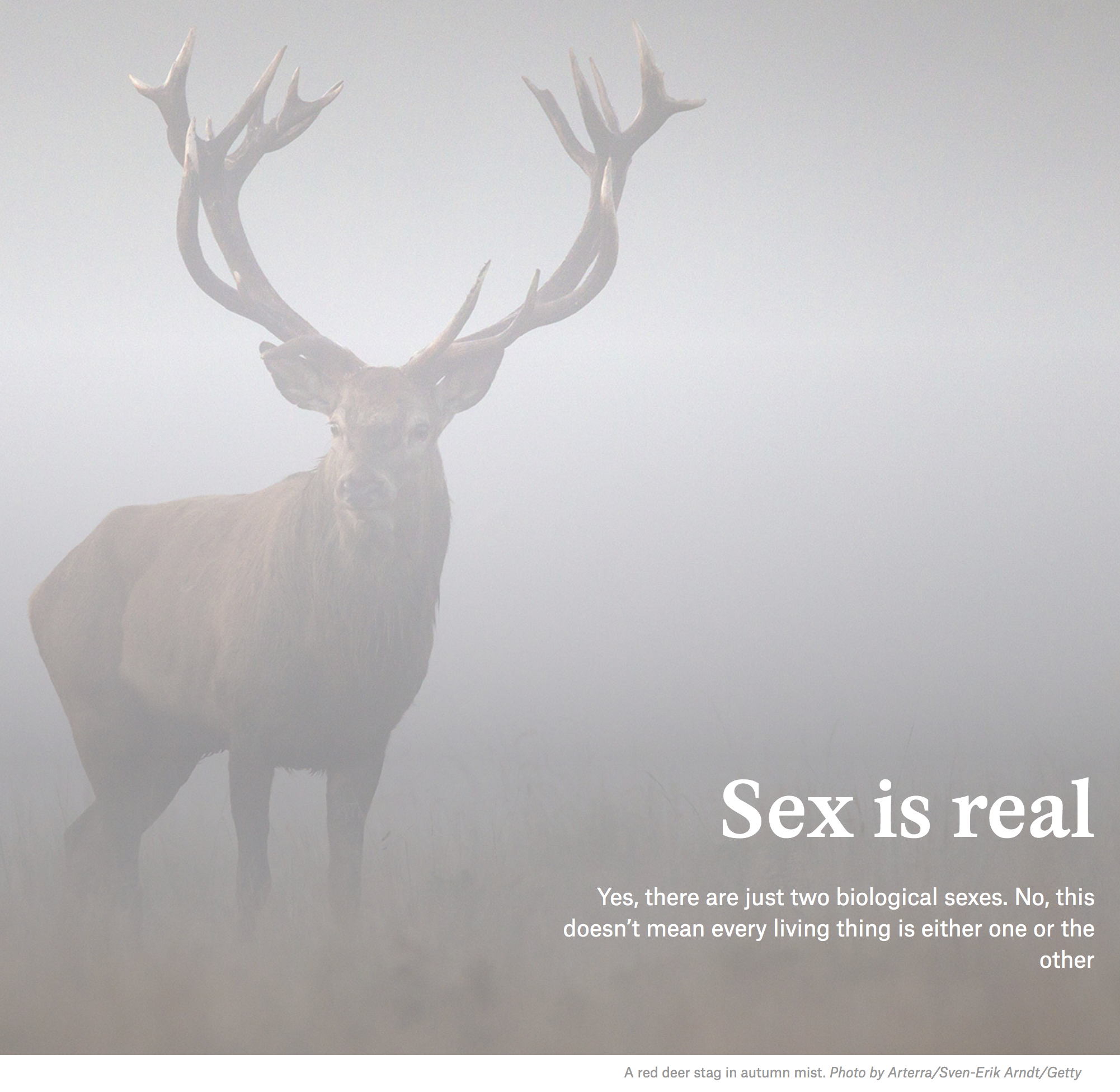 There’s not much to quibble with in the piece, as it’s a straightforward discussion about how biologists regard sex, so I won’t do anything except list some of the questions it takes up:

I have a few minor quibbles with the piece, but they’re so trivial that they’re not worth mentioning. What especially interested me was the evolutionary question. Biologists have long wondered “Why did sexual reproduction evolve in the first place?”, and, truth be told, we don’t have an answer everyone agrees on. There is more agreement on why there are just two sexes in the vast majority of animals, although some organisms like protists have dozens of “mating types” that might be seen as sexes (Griffiths doesn’t).

Have a read of the piece if you want to be informed about biological sex before you wade into the gender wars.