Oy, it’s Tuesday, August 18, 2020, and “National Bacon Lover’s Day”, implying once again with the apostrophe that there is only one bacon lover is being honored Who is that person?. And if there’s more than one, either omit the apostrophe or put it at the end. Get off my lawn!

It’s also National Fajita Day, National Ice Cream Pie Day, Pinot Noir Day, Helium Discovery Day, (it was on this day in 1868 that French astronomer Pierre Jules César Janssen found a band in a light spectrum that turned out to be He), and my favorite: National Bad Poetry Day. Want to see a really bad poem? Then check out the works of WIlliam McGonagall. I recommend especially “The Tay Bridge Disaster.” For McGonagall’s American equivalent, you should essay the works of The Sweet Singer of Michigan, Julia A. Moore. I recommend her elegy “Little Libbie“, which contains these stanzas:

. . . One morning in April, a short time ago,
Libbie was active and gay;
Her Saviour called her, she had to go,
E’re the close of that pleasant day.

While eating dinner, this dear little child
Was choked on a piece of beef.
Doctors came, tried their skill awhile,
But none could give relief.

She was ten years of age, I am told,
And in school stood very high.
Her little form now the earth enfolds,
In her embrace it must ever lie.

And it’s the 100th anniversary of the passage of the 19th Amendment, guaranteeing women the right to vote in America. The story of how it was ratified in the last state needed, Tennessee, is a dramatic one; you can read about it in this NY Times article from yesterday:

News of the Day: The Virtual Democratic Convention began last night. I didn’t watch it, as I know I’m going to vote for the Biden ticket, but perhaps I should have, as CNN reports that Michelle Obama gave a “searing” keynote speech against Donald Trump. I bet it was a good one, too, and I’m going to find it on YouTube.

According to the World Meteorological Organization (WMO), the highest registered air temperature on Earth was 56.7 °C (134.1 °F) in Furnace Creek Ranch, California, located in the Death Valley desert in the United States, on 10 July 1913, but the validity of this record is challenged as possible problems with the reading have since been discovered.

While there is no highest confirmed ground temperature, a reading of 93.9 °C (201 °F) was allegedly recorded in Furnace Creek Ranch on 15 July 1972.

I went there one summer looking to see if there were any Drosophila there in the heat (about 120° F), and had to stay in an air-conditioned motel at Furnace Creek Ranch because it was too hot to camp out. (I camped out when I did field work.) I found not a single fly, concluding that when they appear in the Spring they were migrants from higher altitudes of the surrounding mountains.

Nancy Pelosi called the House of Representatives back into session to investigate and repair the damage Trump is doing to the Post Office in an attempt to subvert the election. House Democrats are asking for the Post Office’s board of overseers to take control away from the Postmaster General Louis DeJoy, a crony of and donator to Trump.

I tweeted the news below from yesterday. I wonder if any school will escape this fate.

The University of North Carolina has just canceled all in-person classes because of an outbreak of coronavirus at the school: 130 students tested positive the first week of class. Is that a surprise?

The headline below is from the student newspaper pic.twitter.com/FybPRbDRB5

Stuff that happened on August 18 includes:

Lolita is again out of fashion because of its theme. A first edition, signed to Nabokov’s cousin, will run you $55,000: 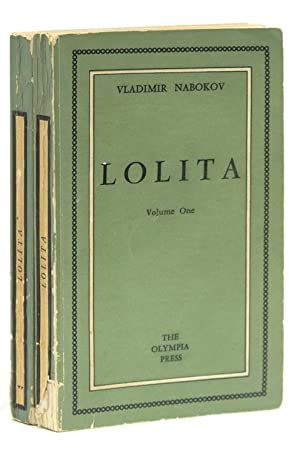 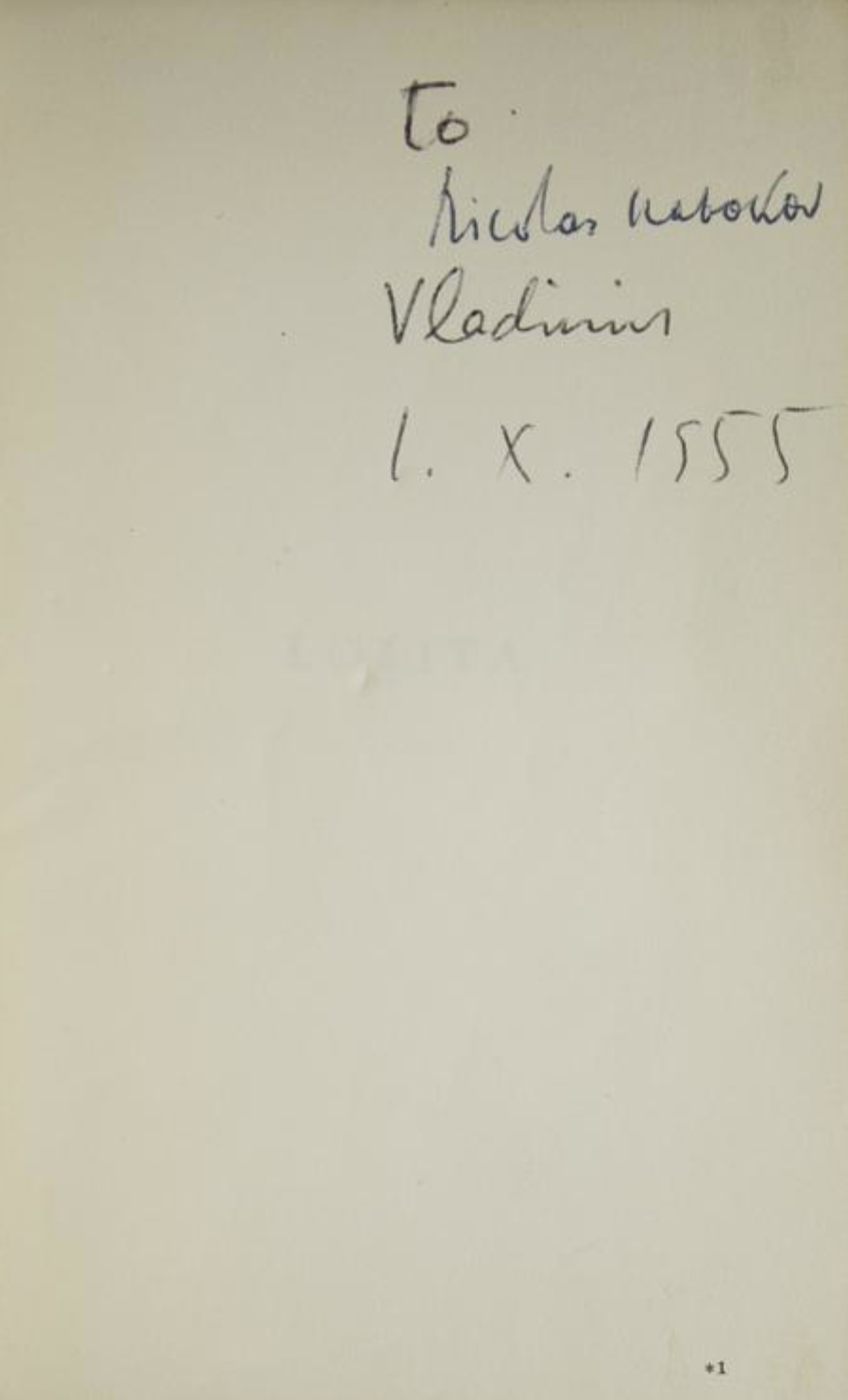 Here he is being escorted to class after he enrolled (caption from Wikipedia, which also adds: “Robert Kennedy ordered 127 U.S. Marshals as well as 316 deputized U.S. Border Patrol and 97 Federal Bureau of Prisons officers to accompany Meredith during his arrival and registration.” The University was still segregated then despite the 1954 Supreme Court ruling that no public schools could enforce segregation. Meredith is still with us at age 87.

Biko, below, was beaten to death by South African security officers. 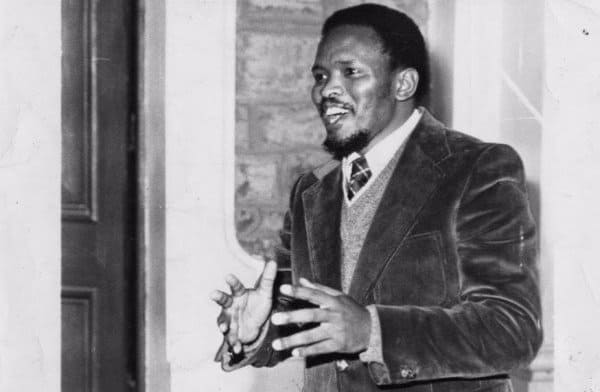 Those who went toes up on August 18 include:

Bose, who wanted to drive the British out of India, tried to do so by forming alliances with the Germans and the Japanese, forming the “Indian National Army” that was supposed to free India by fighting alongside the Japanese. He died in a plane crash on this day 75 years ago. Here’s Bose with Gandhi: 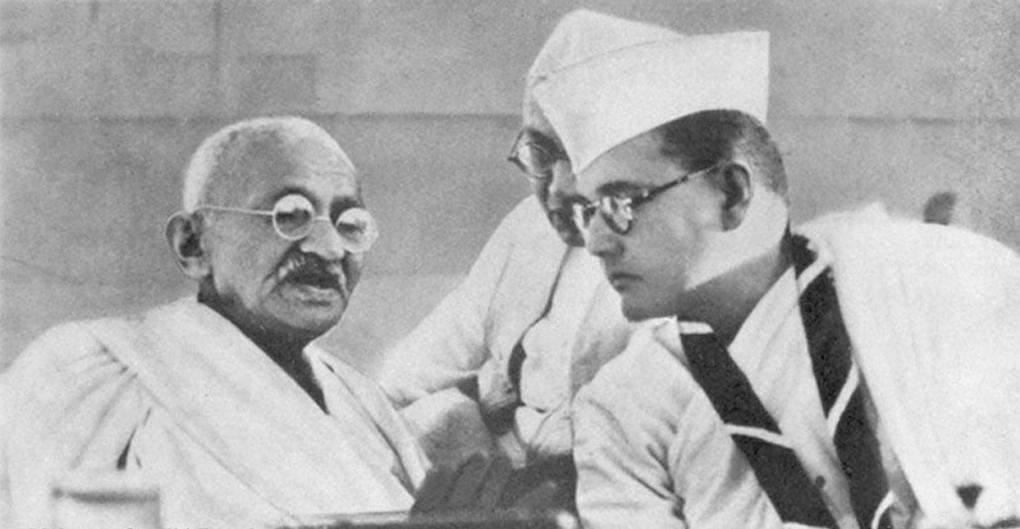 Meanwhile in Dobrzyn, Hili meets a miniature version of herself: kitten Kulka. Paulina, Kulka’s staff, is concerned that Hili doesn’t like the kitten:

Paulina: Will you be finally friends?
Hili: I’m not sure. 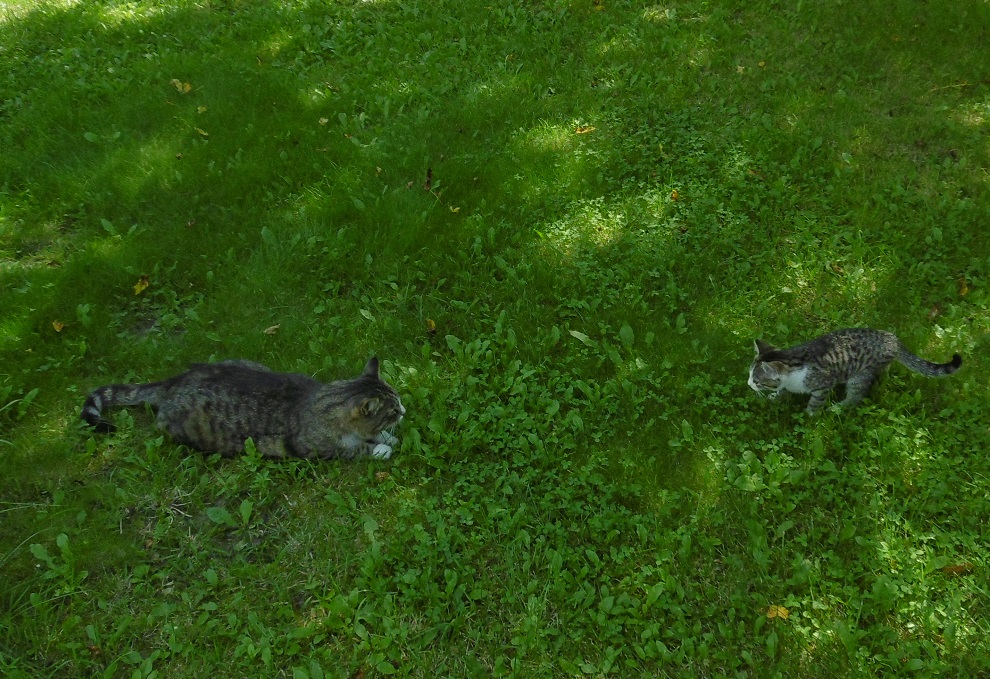 I’m a member in good standing, but I make my own lattes. Cartoon from Dan Piraro. 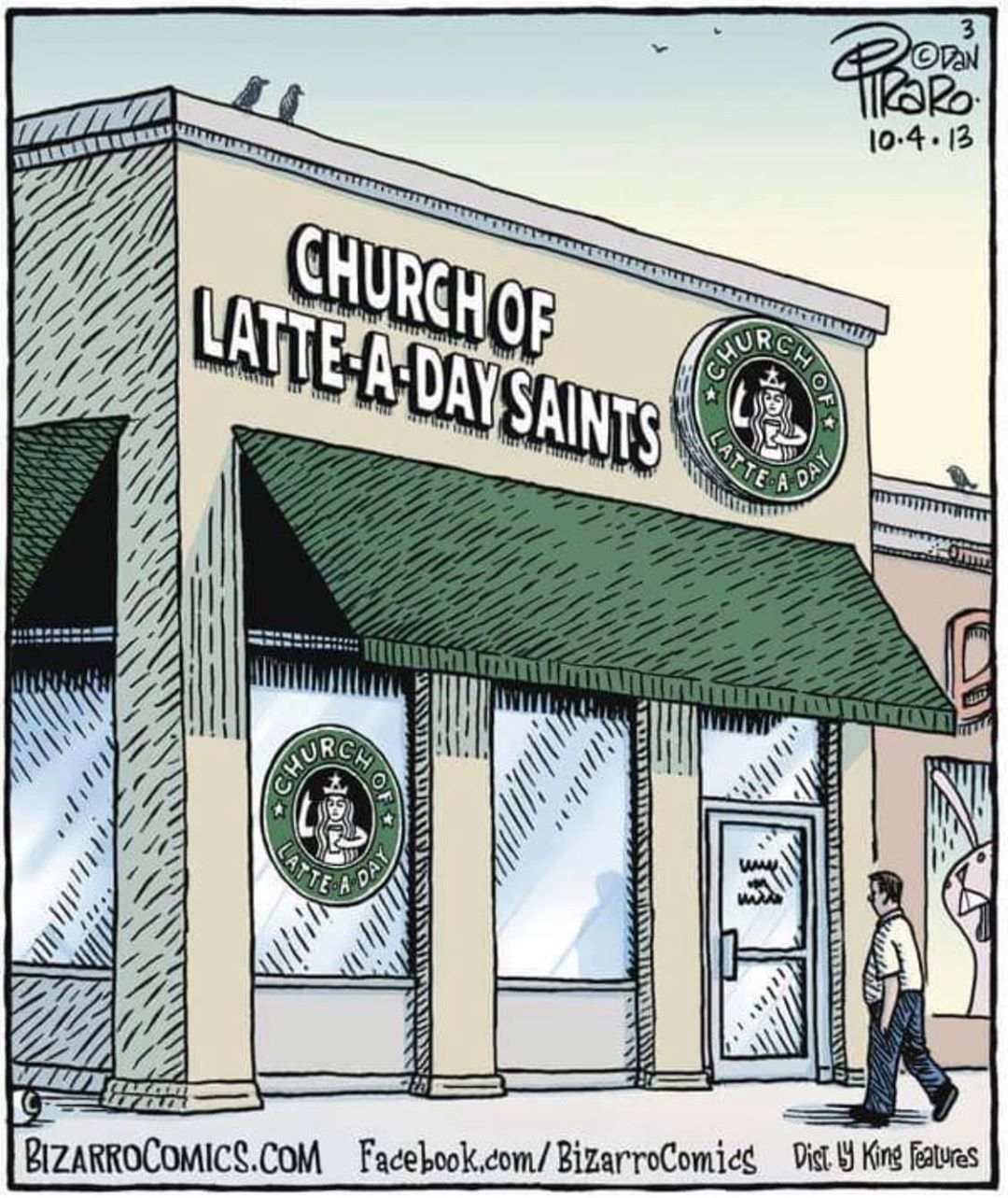 From reader Charles we have a nice cartoon by David Horsey of The Seattle Times: 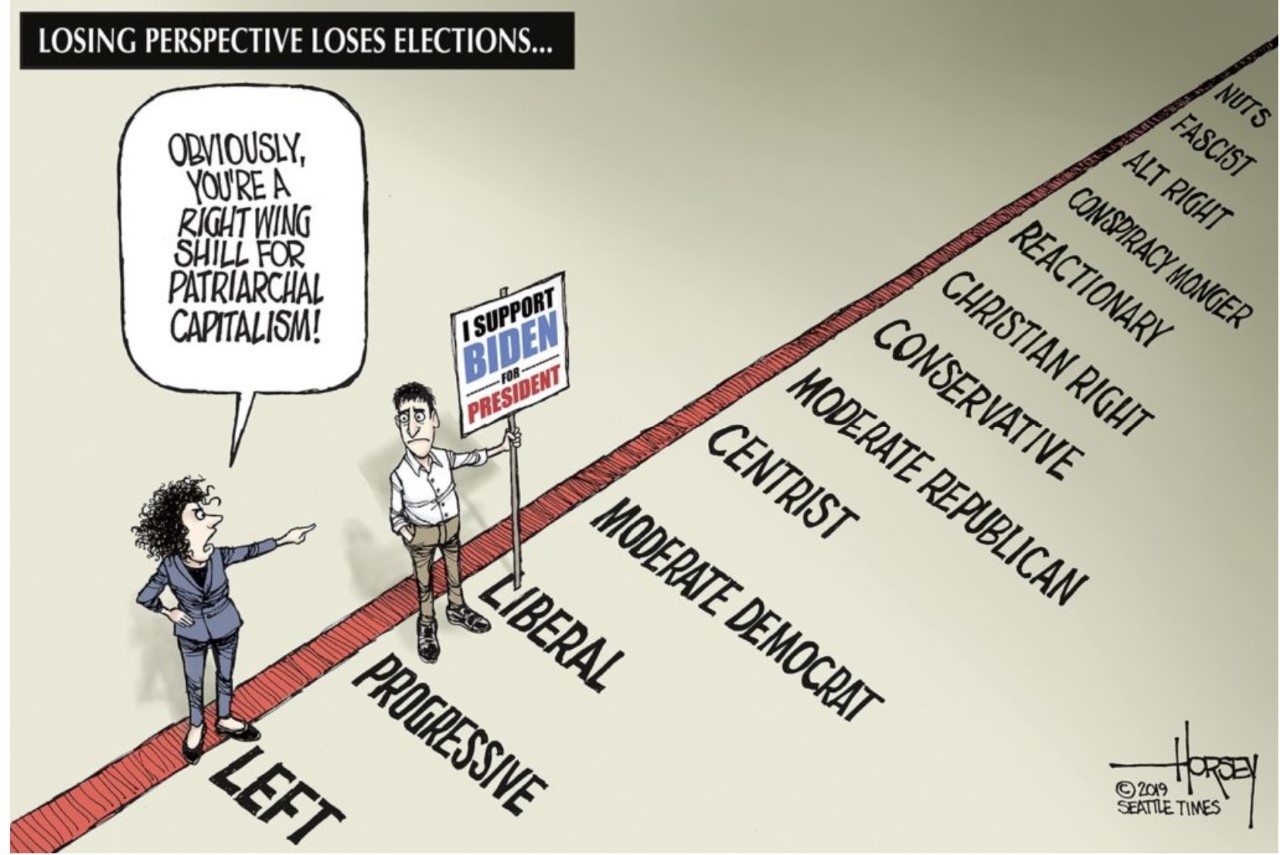 I presume mice are immune: 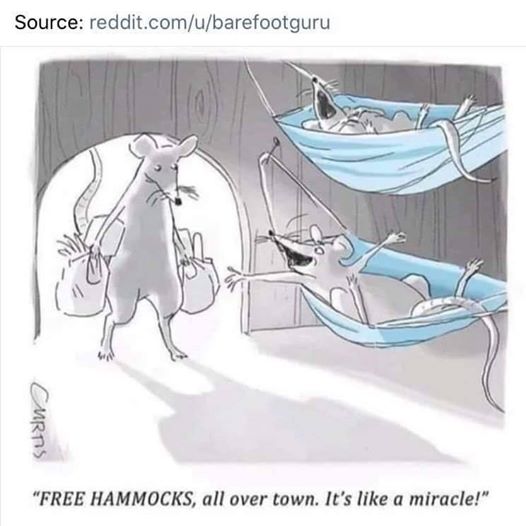 Titania’s Twitter site is still down. I’d love to know what the story is.

From Simon, who reads this site that uses tweets to impart lessons to young scientist:

Wait. Don’t send the rebuttal letter while you are still angry pic.twitter.com/Af33FORDoG

And another from the same site:

Their paths were different but both ended up getting a PhD pic.twitter.com/IEZA32vInm

From Barry. Sound up to hear the cry of the wild loon:

I can’t stop watching this 😂 pic.twitter.com/MGwQfiUz6d

Matthew sent me the tweet, and I was so impressed with this bit of “evolutionary art” that I retweeted it with a possible explanation:

I've seen great examples of wing mimicry before, but none this stunning. Ant are avoided by many predators because they contain or emit noxious chemicals. https://t.co/TNTTOO1JNH

Matthew thinks that the explanation I gave is less convincing when you watch the video, but I’m still sticking to it for the time being:

More tweets from Matthew. You have to be a very brave soul to pilot one of these carrier-based jets:

I try to avoid too much Trump-bashing, as it’s a low-hanging fruit, but I couldn’t resist this one (also from Matthew):

"Siri, show me a metaphor for Trumpism." https://t.co/z1JUcknqY3

An old lady gets her first tattoo. One of the funny comments in the thread: “It’s sort of cute now, but when she gets old she will regret it.”

"All of a sudden, I decided I would like to have one. And if I could, a frog. Because I like frogs."

A 103-year-old woman got her first tattoo to cross it off her bucket list. https://t.co/vHOWg9LYl7 pic.twitter.com/jkJKx4kI8D

The King of All Beasts:

“All animals are equal, but some animals are more equal than others.” – George Orwell, Animal Farm. pic.twitter.com/kfVtoZdYzg