Send in your good wildlife photos, as the tank is running a bit low.

We have some diverse contributors today. First up is Chris Taylor from Oz. All the readers’ captions are indented.

I had to go out to get some hardware for a new drain, and when I came back I found that this little one was sitting in one of the trees around the dam pond which is close to our house.  This was the first time that we had noticed a koala (Phascolarctos cinereus) in our place! 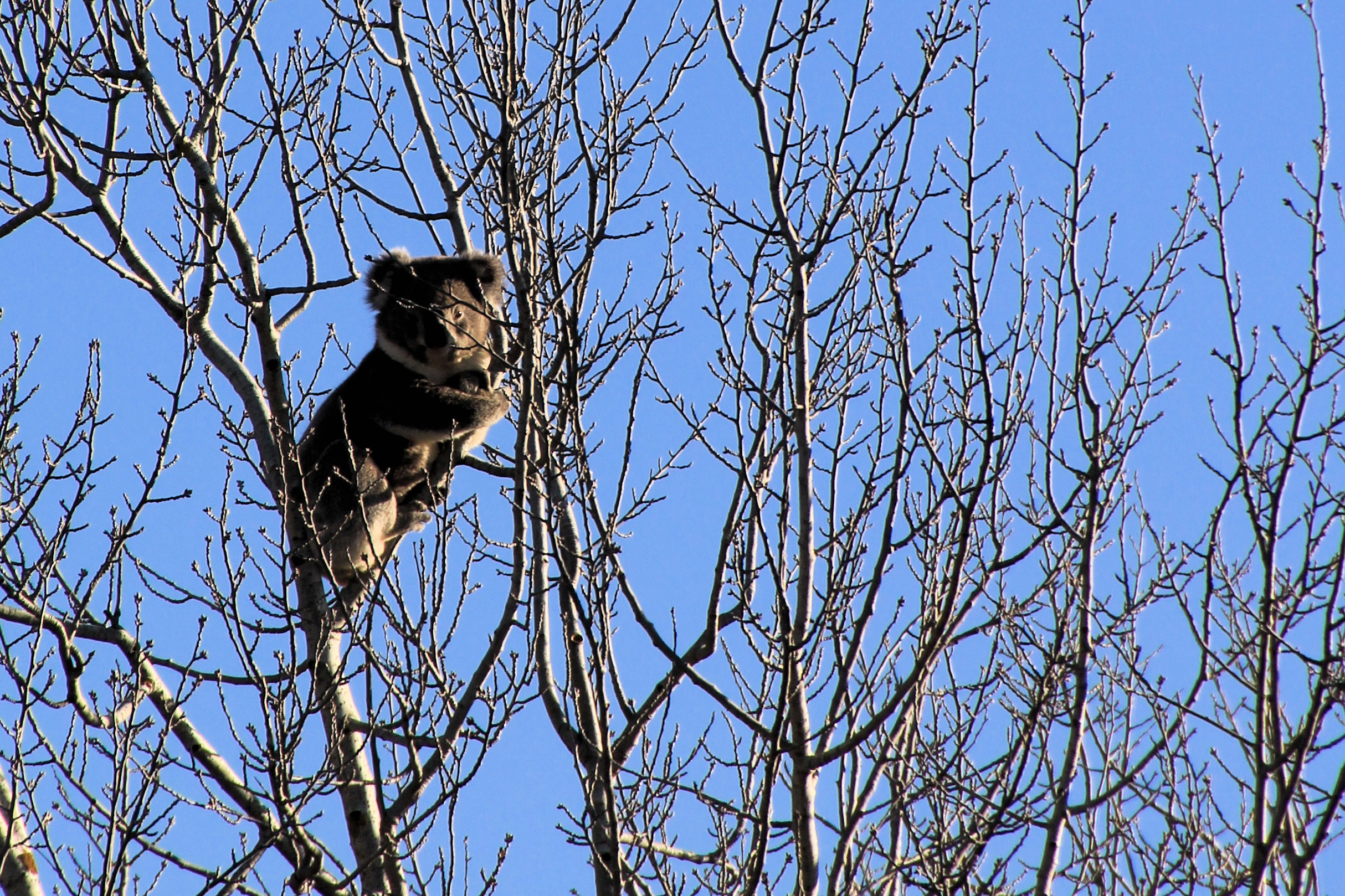 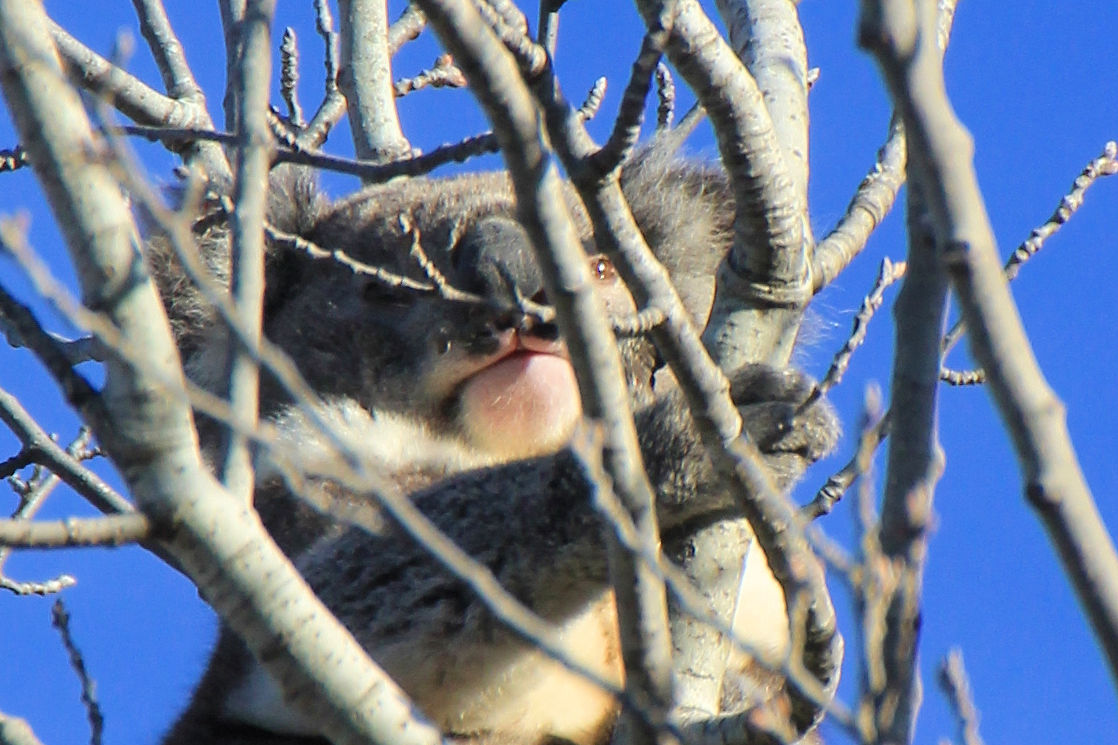 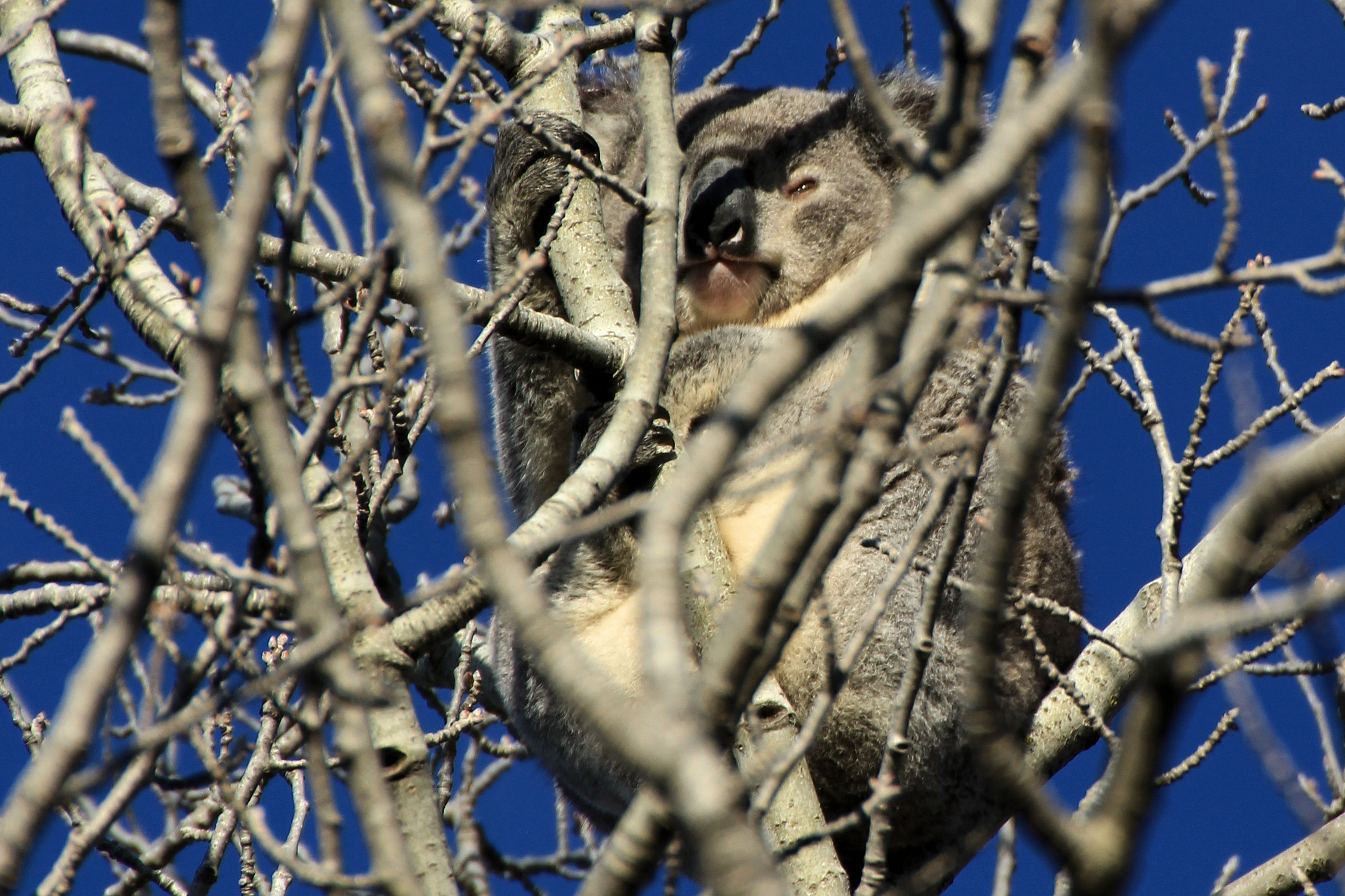 A gif from another Aussie, Peter, who lives in Brisbane:

I just took this photo as a live photo which I’ve also included as a gif and video. I like seeing the short clip of the pelicans moving as I think it gives that brief context.

Here are a few pictures (of insects, naturally) that might go into one of your posts from several contributors. It is slightly frivolous, but I hope you find it interesting.

I thought to try some trick photography with a woolly bear caterpillar (Pyrrharctia isabella). What would happen if several pictures of one were taken as a caterpillar crawled past a camera, and then the pictures were merged in a stacking program? As hoped, the effect is that they are sort of joined together to make one very long caterpillar. I recommend that readers click to enlarge to better see the weird effect. If you enlarge the second picture, one can get the impression that they look like a charging herd of alien buffalo.