Regardless of whether you think that dropping the atomic bomb on Nagasaki 75 years ago today actually saved lives by shortening the war, I think we can all agree that it was still a tragedy, snuffing out many lives, including those of children. Here’s a photographic memorial to the bombing contributed by Joe Routon. I’ve indented his words.

Here are three photos that I made a few years when my wife and I were there.
My father, a lieutenant in the U.S. Marines, was one of the first American soldiers sent into Nagasaki after the bomb was dropped. He stayed there for several weeks, soaking up harmful radiation. Fortunately, it didn’t have any of the lasting deleterious effects on him that were suffered by a good number of his fellow soldiers, many of whom died of cancer.
The Peace Statue in Nagasaki Peace Park is full of symbolism. The right hand points to the sky, reminding us of the danger of nuclear weapons; the left hand symbolizes eternal peace. The closed eyes represent a prayer for the victims. The right leg is in meditation, while the left leg is rooted to the ground, telling us to stand up and help the world.

In the center of the Peace Park is the Hypocenter Park, with a black cenotaph that marks ground zero, the explosion’s epicenter. Concentric circles represent the spreading devastation of the blast. 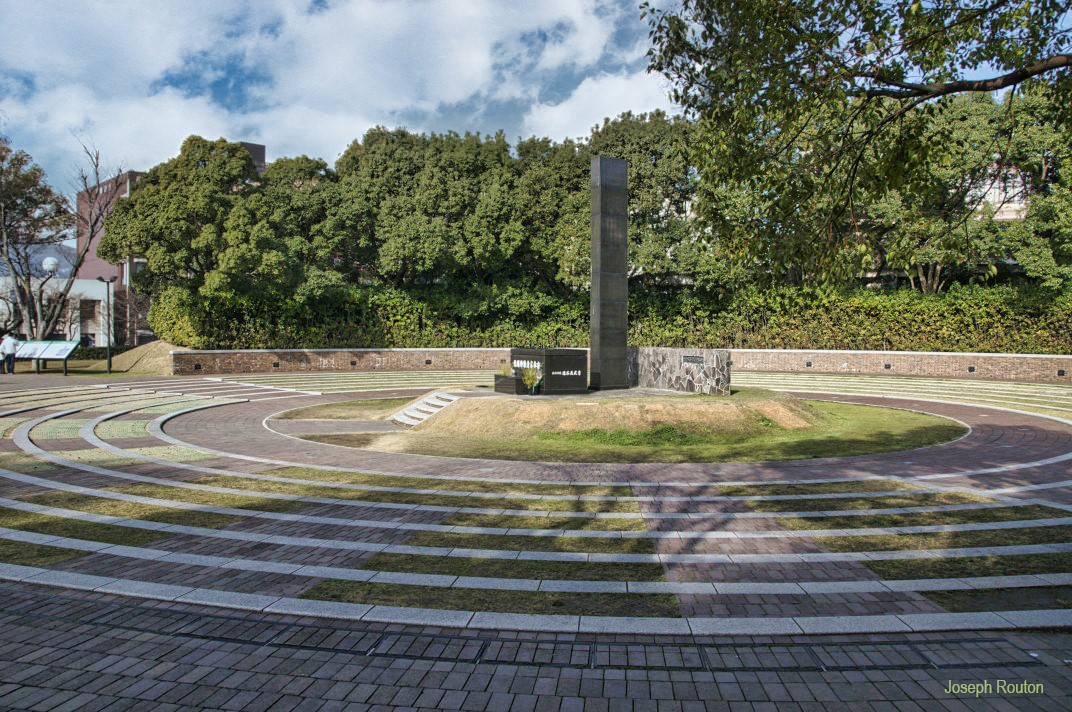 In the park are many statues and works of art that have been donated by countries all over the world in support of peace. Here is a detail of one. 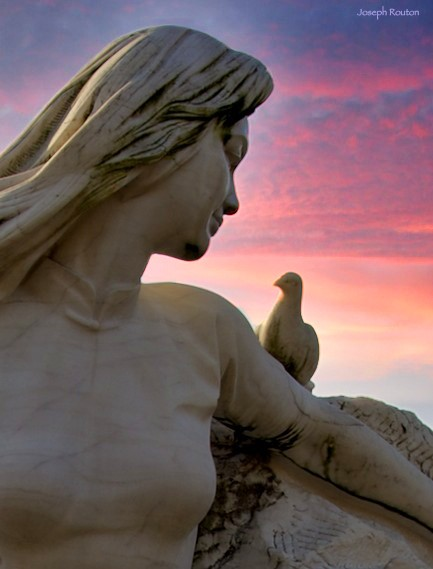