We have a decent number of contributions now, but please remember to send in your good photos. Today’s batch of pictures comes from Rik Gern of Austin, Texas, whose words are indented:

I’d hate to see your Reader’s Wildlife Photos feature disappear, so here are some that might be of interest. Some of these are part of a batch that I sent you a few years ago, but you were unable to use because I didn’t understand your ten pictures per post rule and sent too many, so I have pruned that group and added some others. I hope I got the Latin binomials correct!

The main feature here is a Spineless Prickly Pear Cactus (Opuntia ellisiana), with guest appearances by various crawling and flying critters. It’s called a spineless cactus, but don’t let that fool you; the spines are just very small, but can be irritating nonetheless!

These pictures were taken in the Spring when the plant was in bloom. In the Spring the cactus adds new pads and flowers, but it also sprouts little rubbery looking protrusions that are apparently vestigial leaves.  When they fall off they leave white spots that contain the nearly invisible, but oh, so irritating little spines. 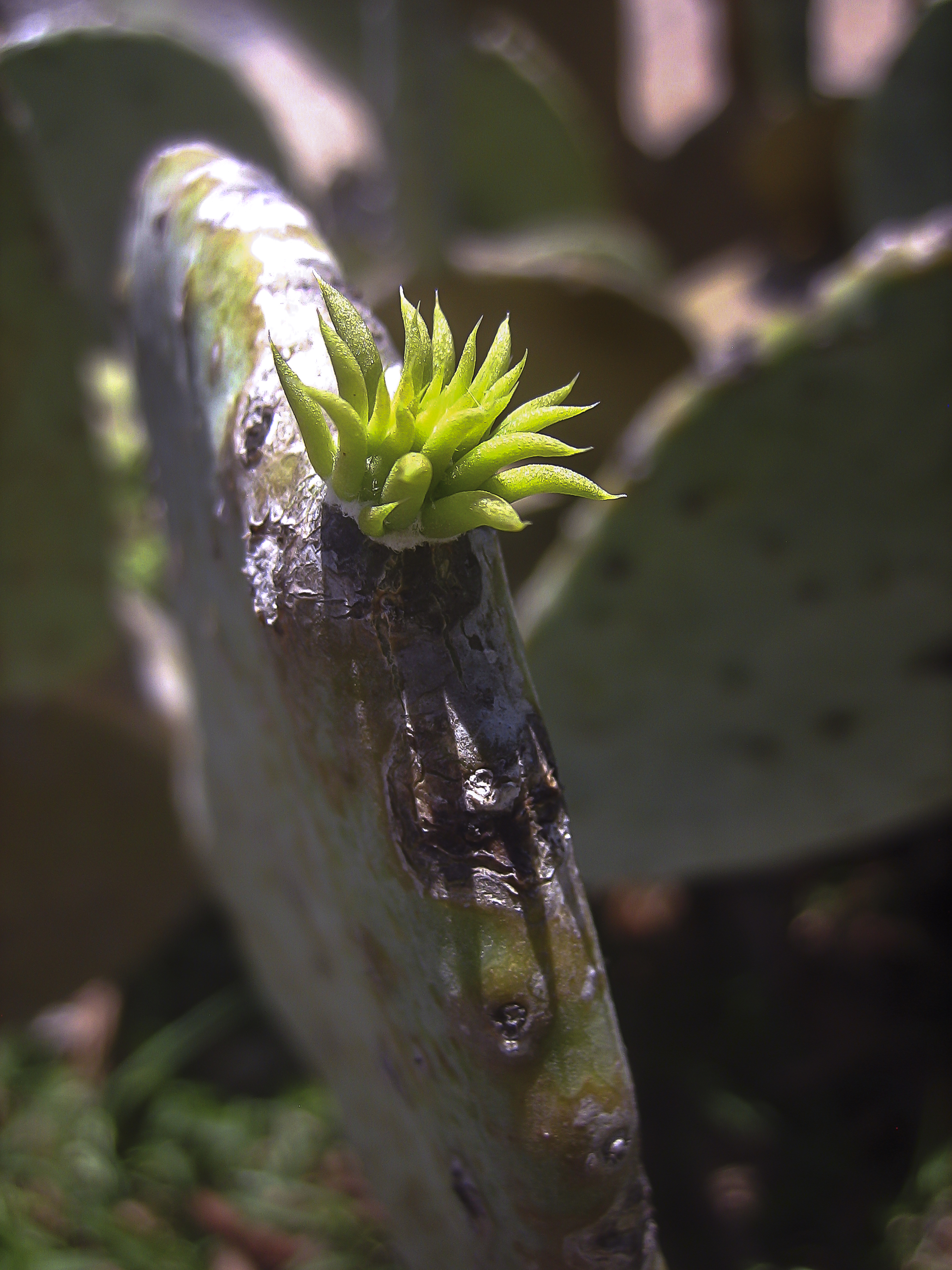 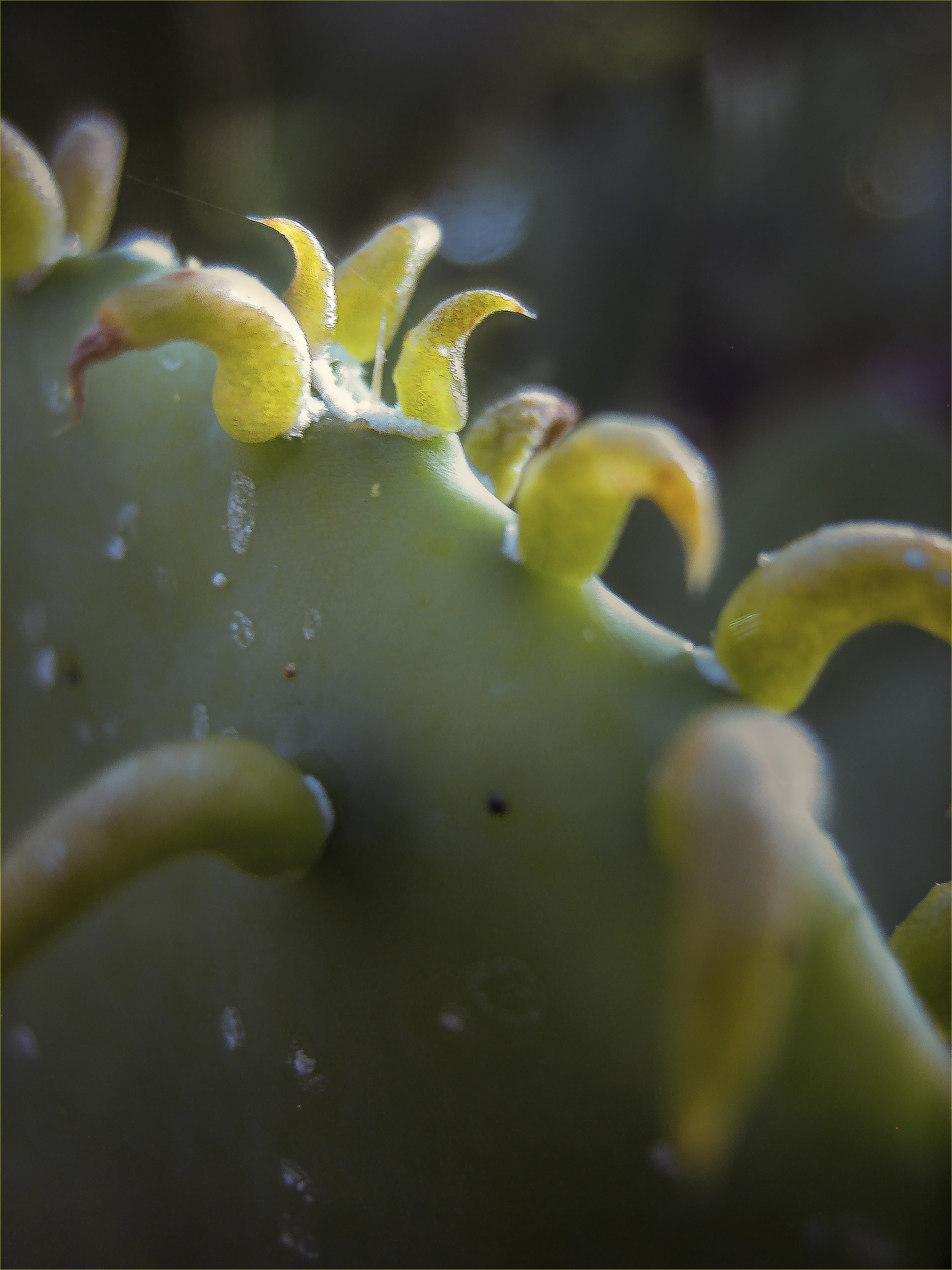 When the flowers bloom they are a beautiful yellow color, but I noticed that some of them turn a reddish color when they fold up again, and they sometimes look like a rotten fruit. 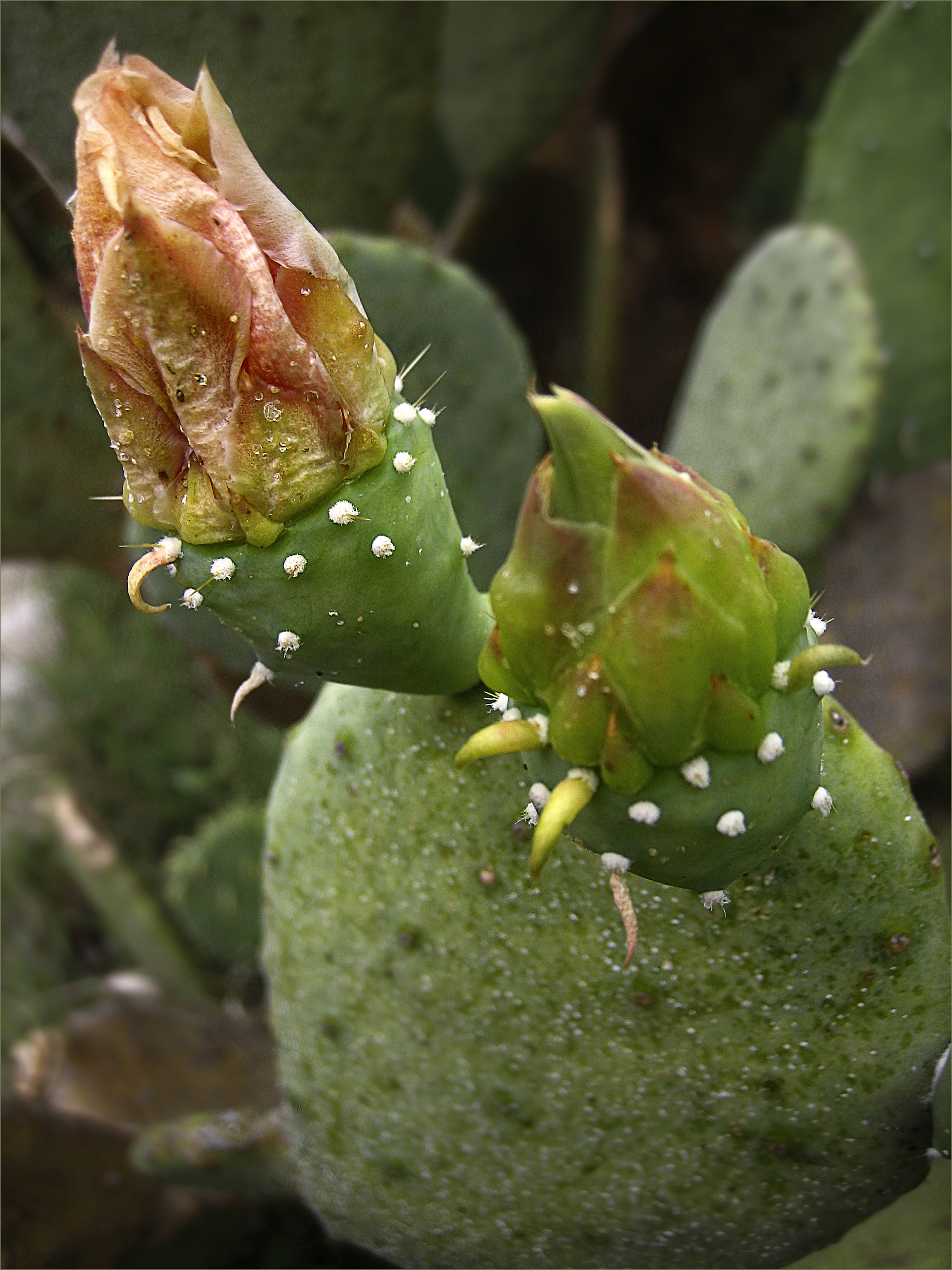 Of course, all sorts of insects love plants and this one was no exception. One insect that likes the prickly pear is the Cactus Bug, (Hesperolobops gelastops), and here are a whole bunch of them covering the petals of the flower. 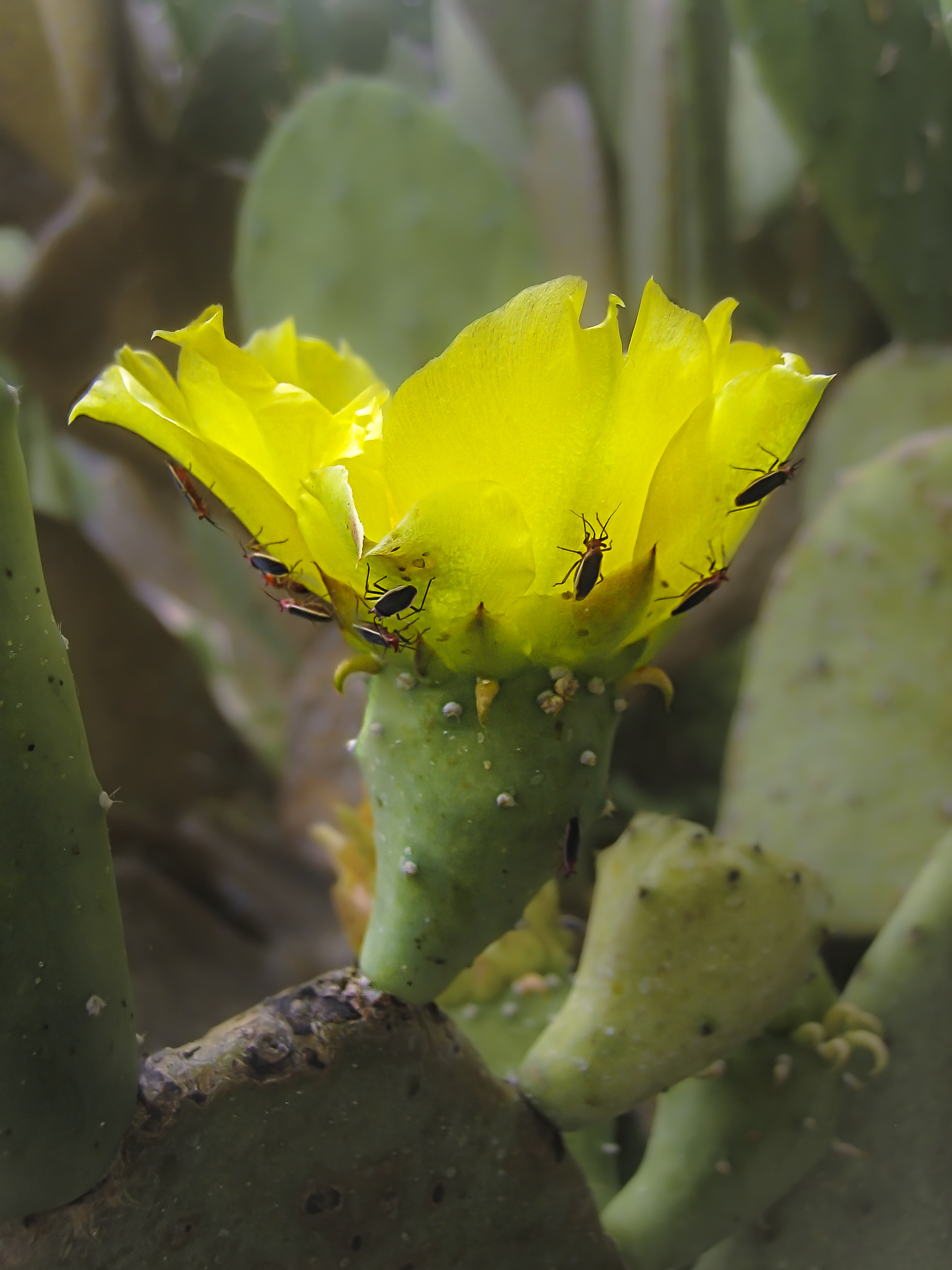 Here is a solitary Cactus Coreid (Chelinidea vittiger) on a flower… 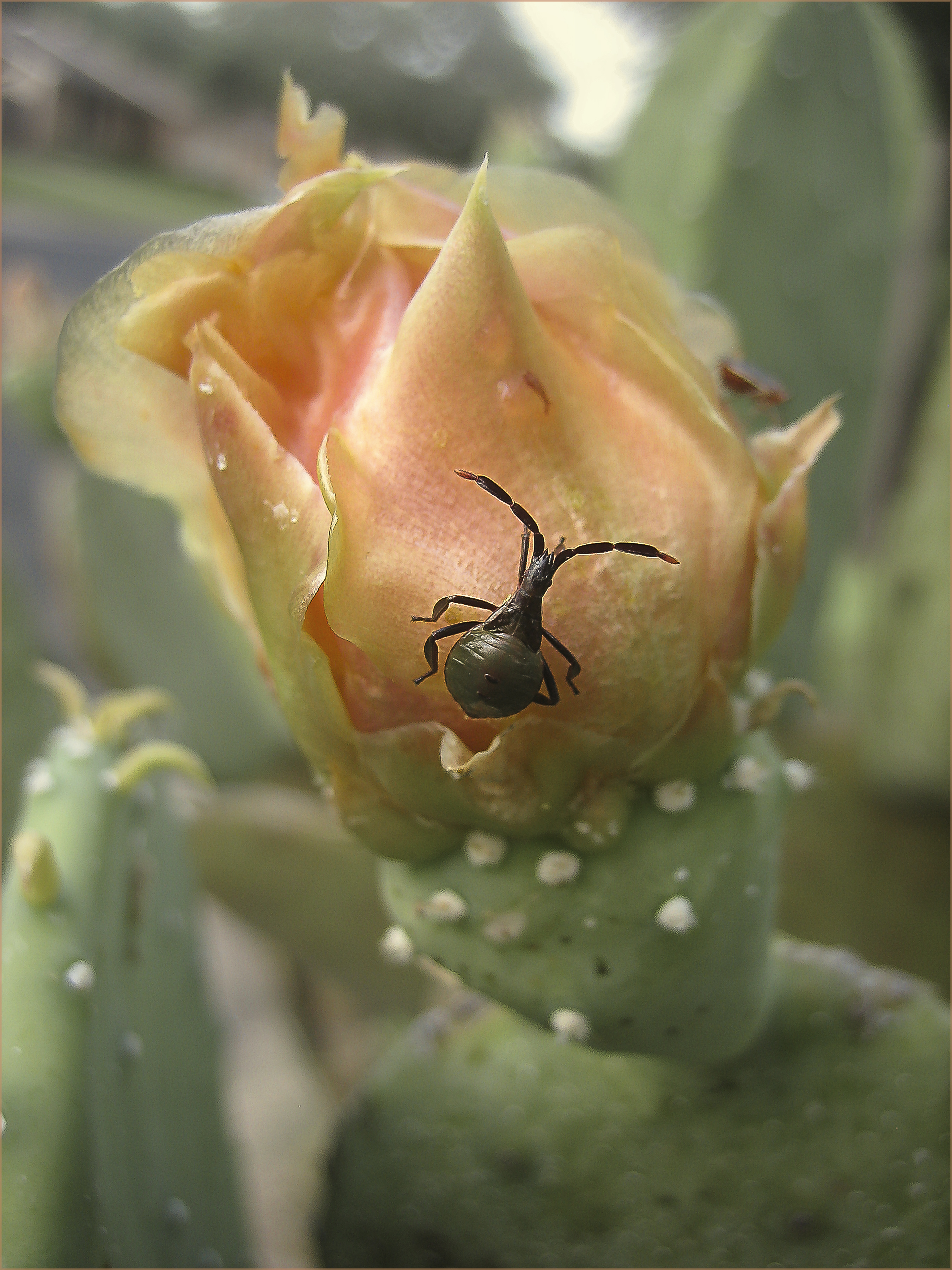 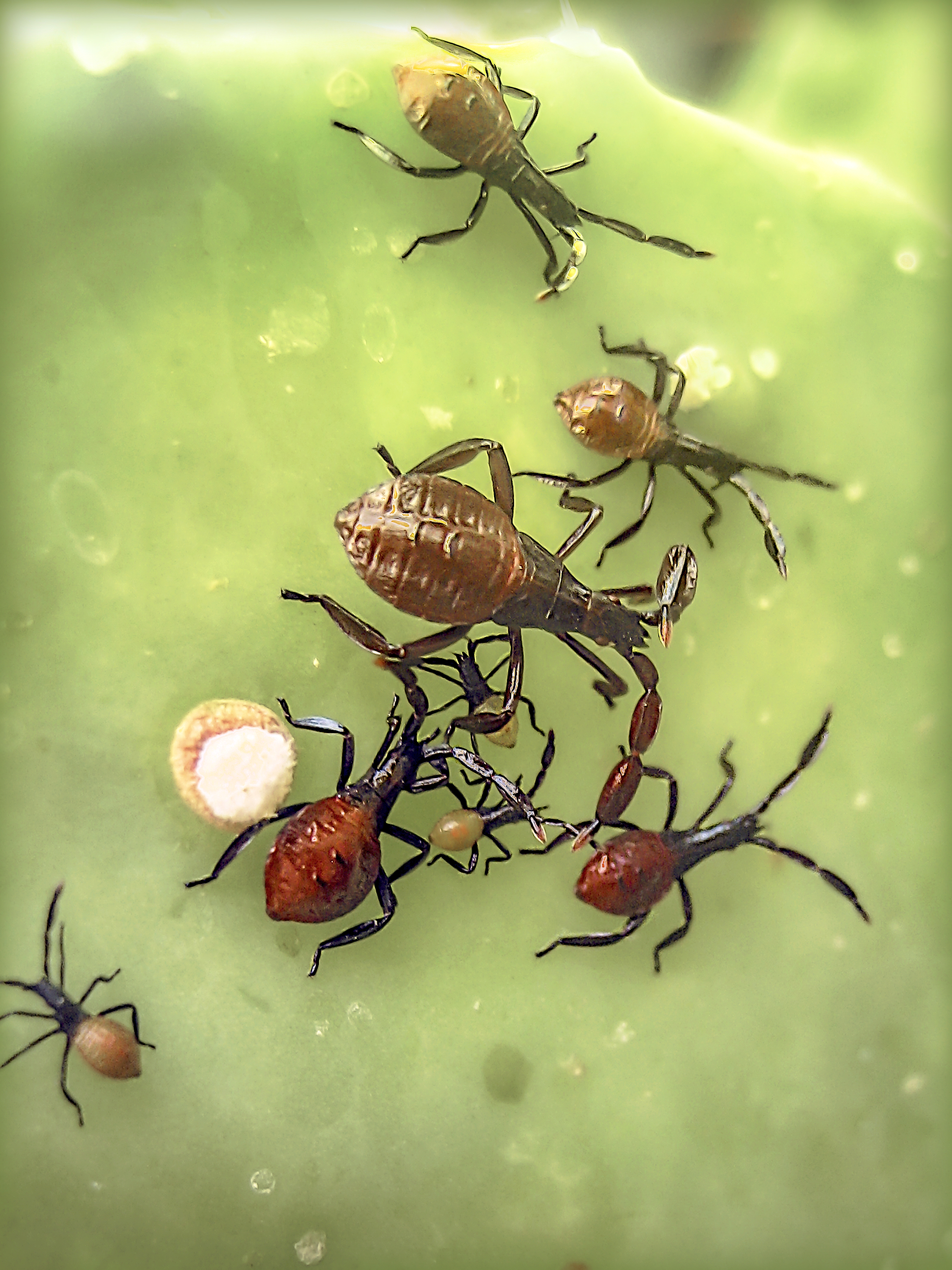 The flower of the cactus is as pretty on the inside as it is on the outside, and who doesn’t love a pretty flower? 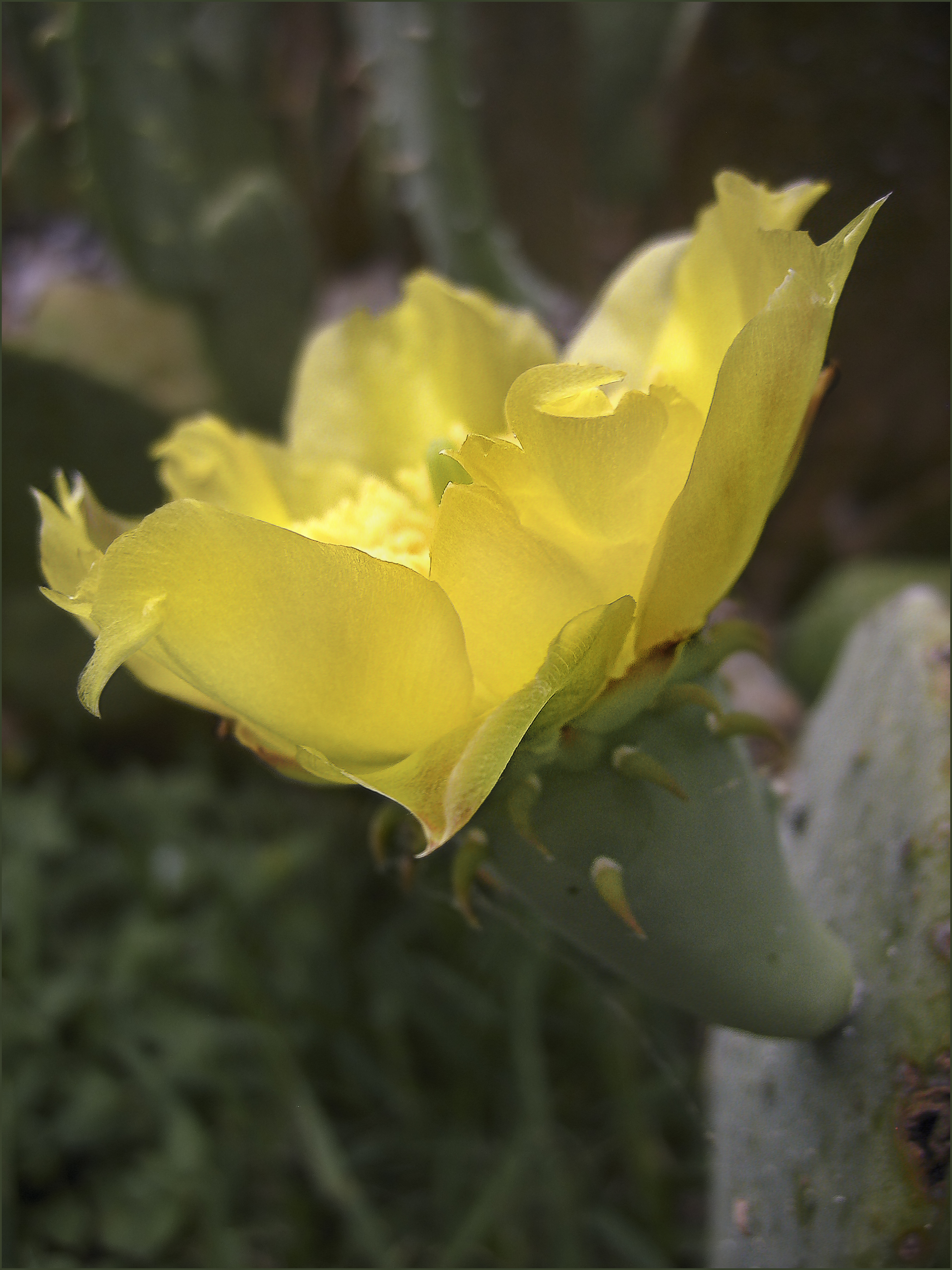 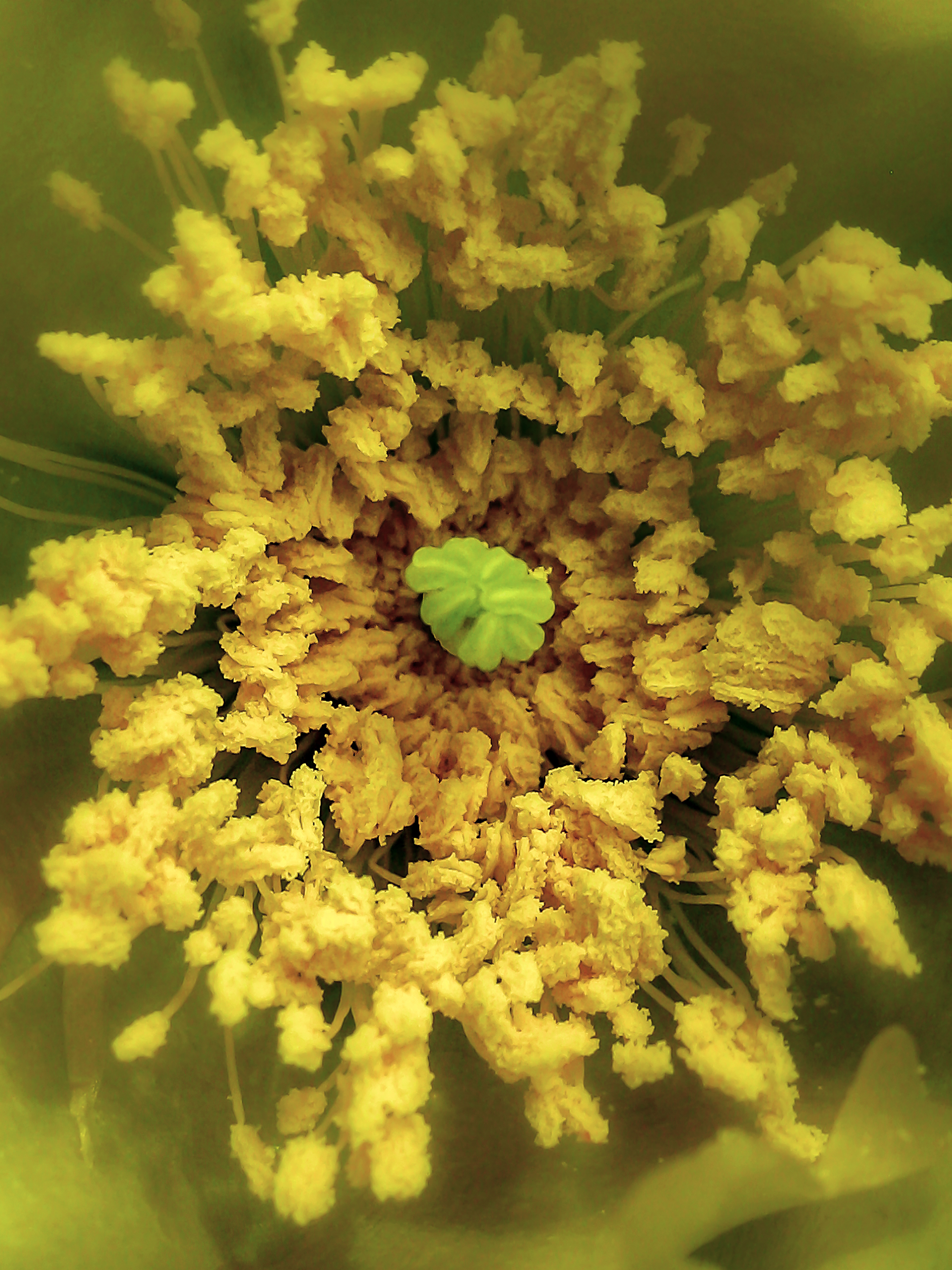 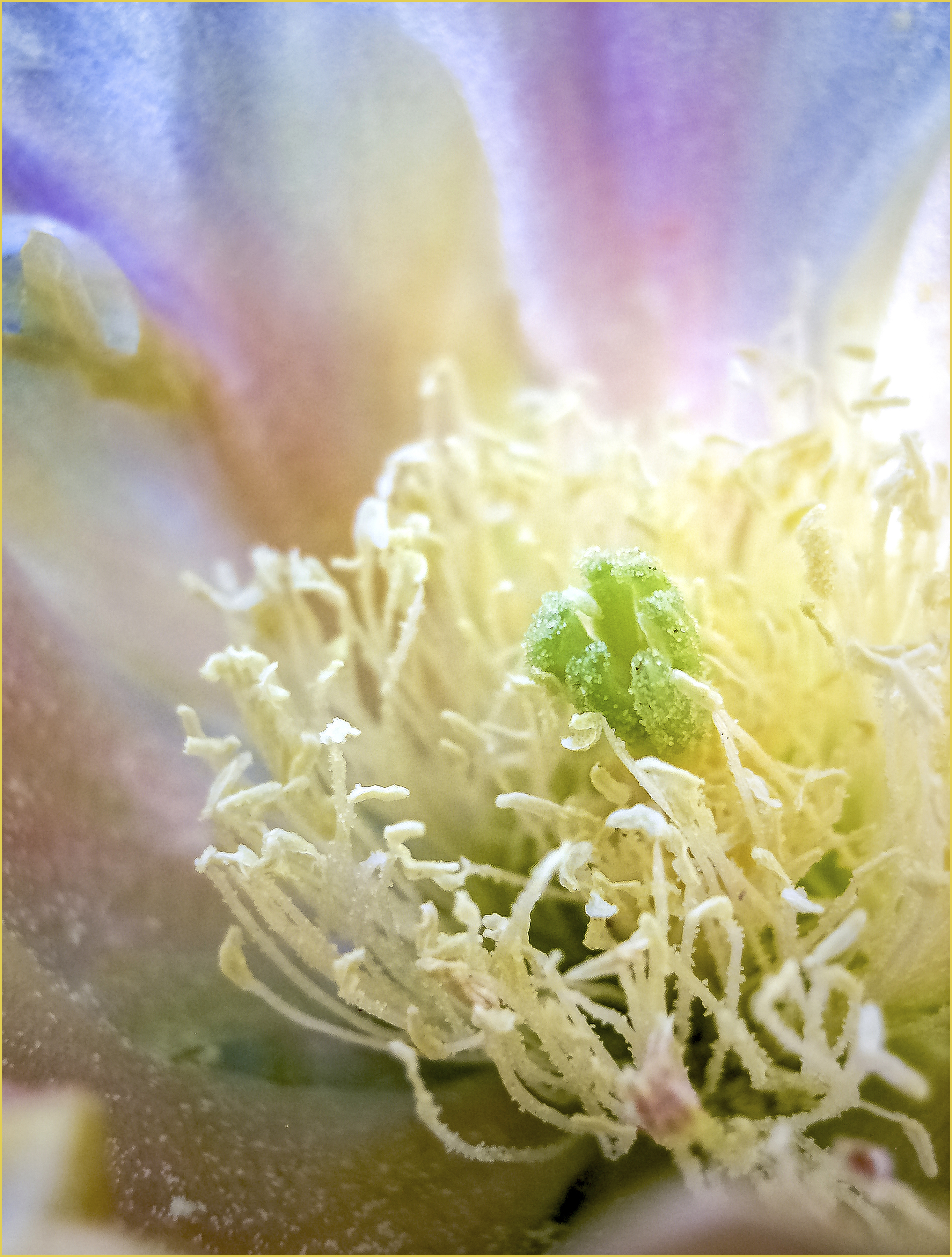 This bee (Diadasia diminuta) couldn’t resist, although the attraction no doubt had more to do with finding food than beauty, but who doesn’t love a tasty meal as well? 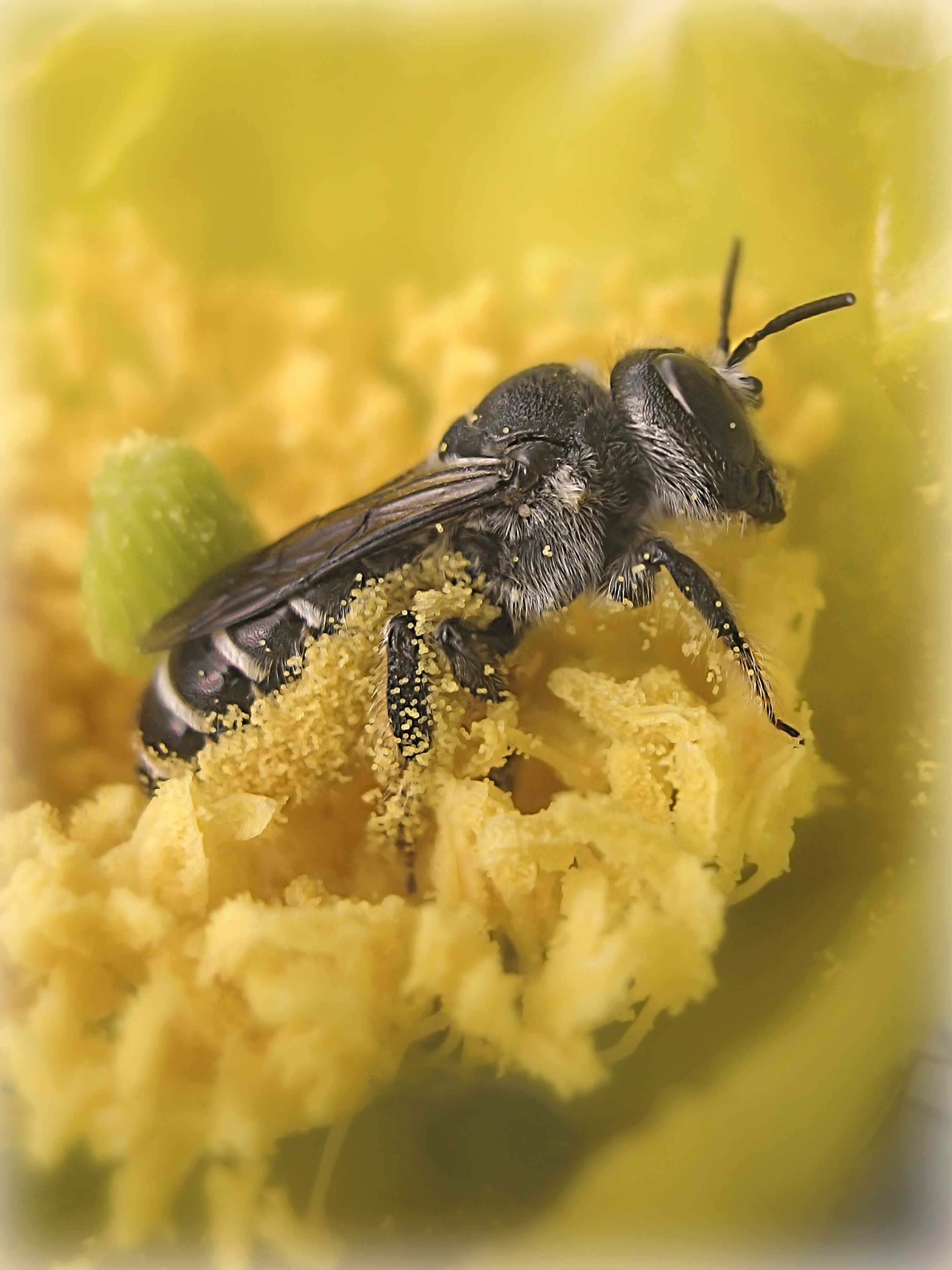