Send in your photos, as my tank is not sufficiently full for my satisfaction.

Today’s wildlife photos come from reader Susan Hoffman, whose captions I’ve indented. And we have a special feature at the bottom.

More pictures from a 2007 trip to South Africa, this time featuring the stars of Addo Elephant National Park.

Most of the animals at Addo are very habituated to cars, and the elephants will regularly walk past cars close enough to touch (which of course is very much against the rules). The windshield sticker on the lower left gives you some perspective on how closely this group is about to pass the car. 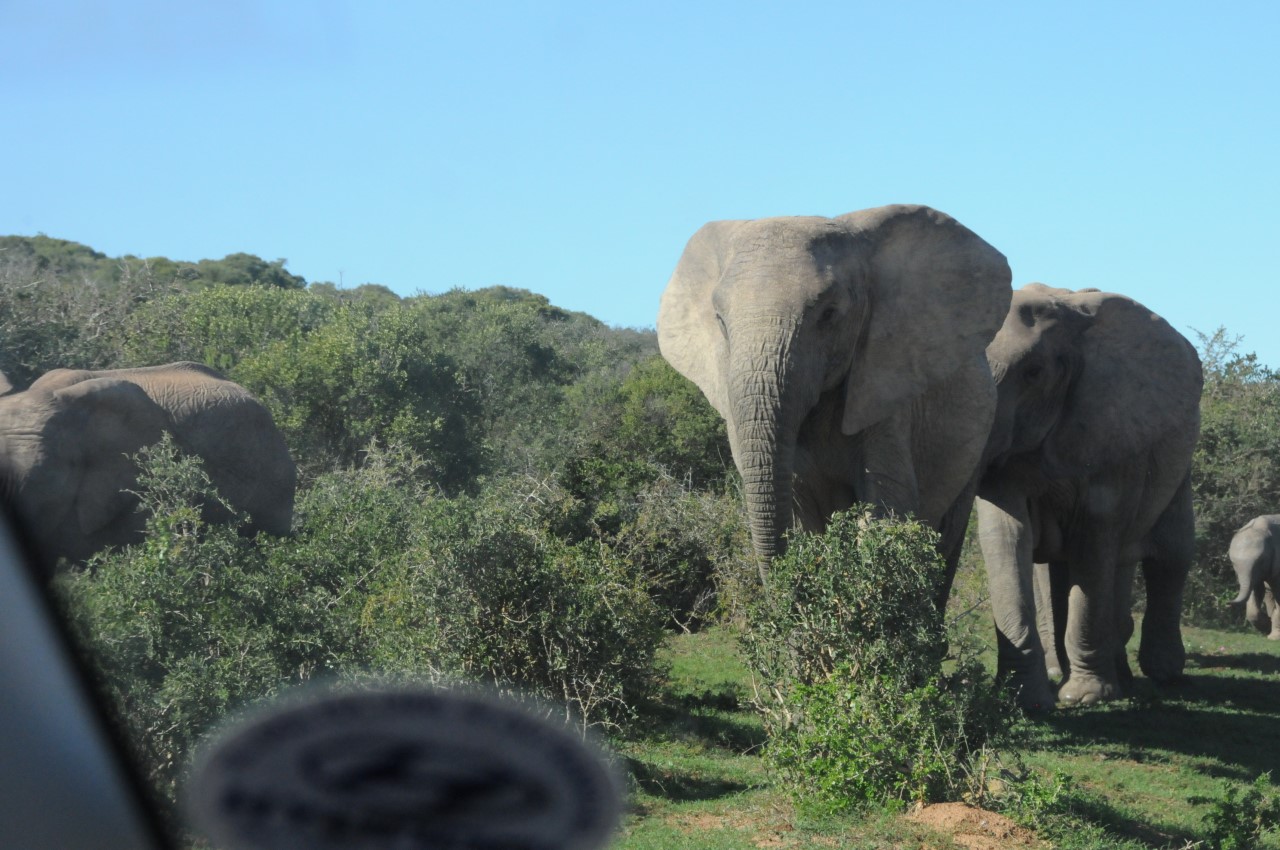 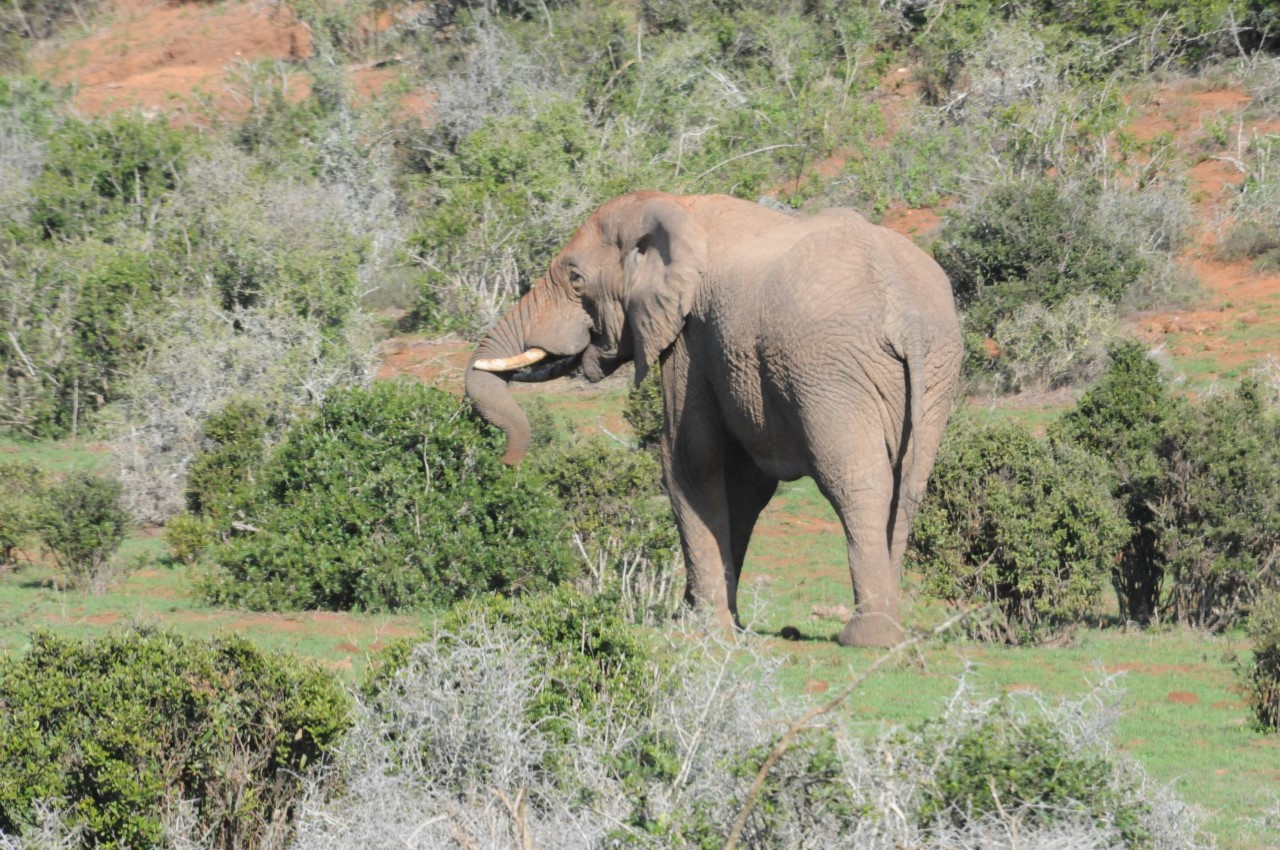 These female elephants are tuskless due a genetic variant, which is estimated to have affected only 2-4% of all African elephant females until recently. Due to heavy selection pressure from poaching in the region before the park was founded, almost all of the Addo females are tuskless. 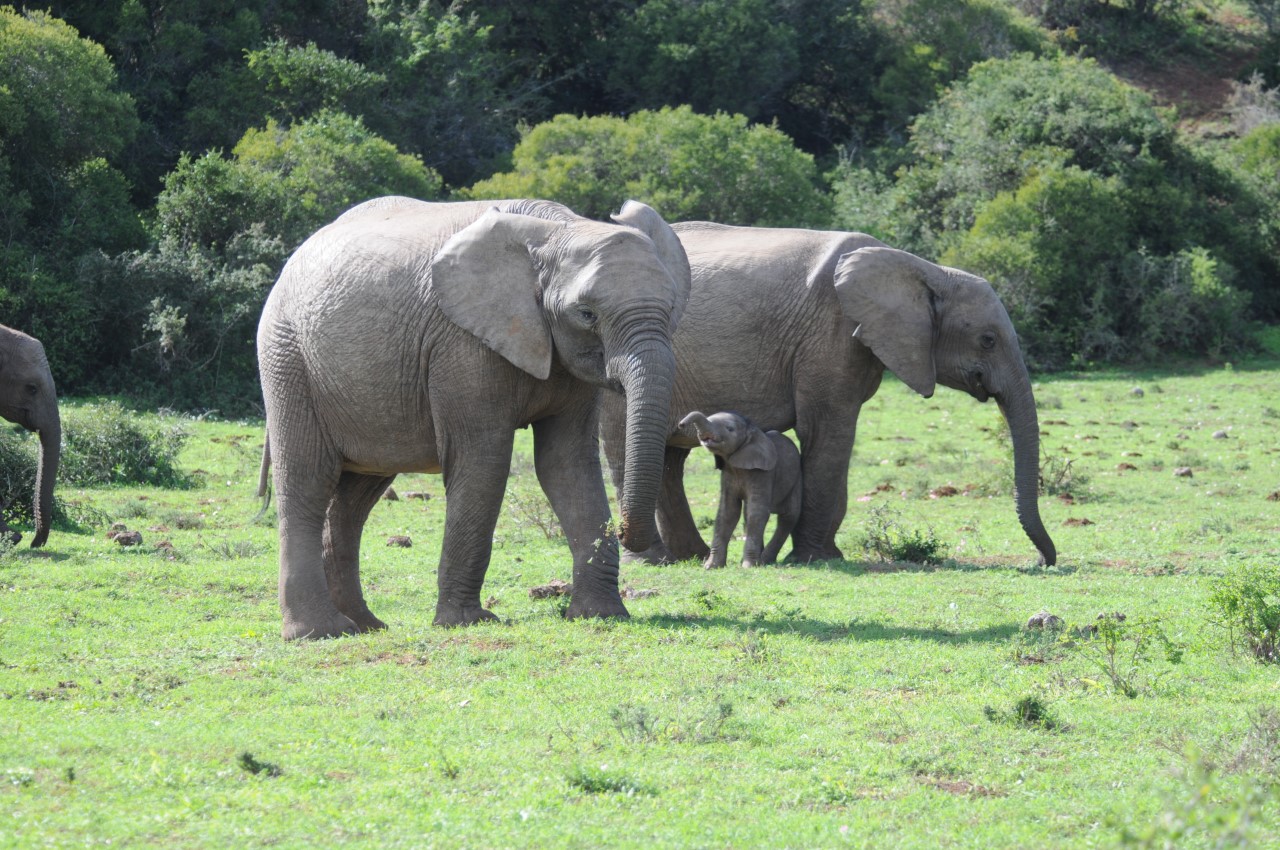 Even a full-sized elephant can be surprisingly hard to spot in thick brush. 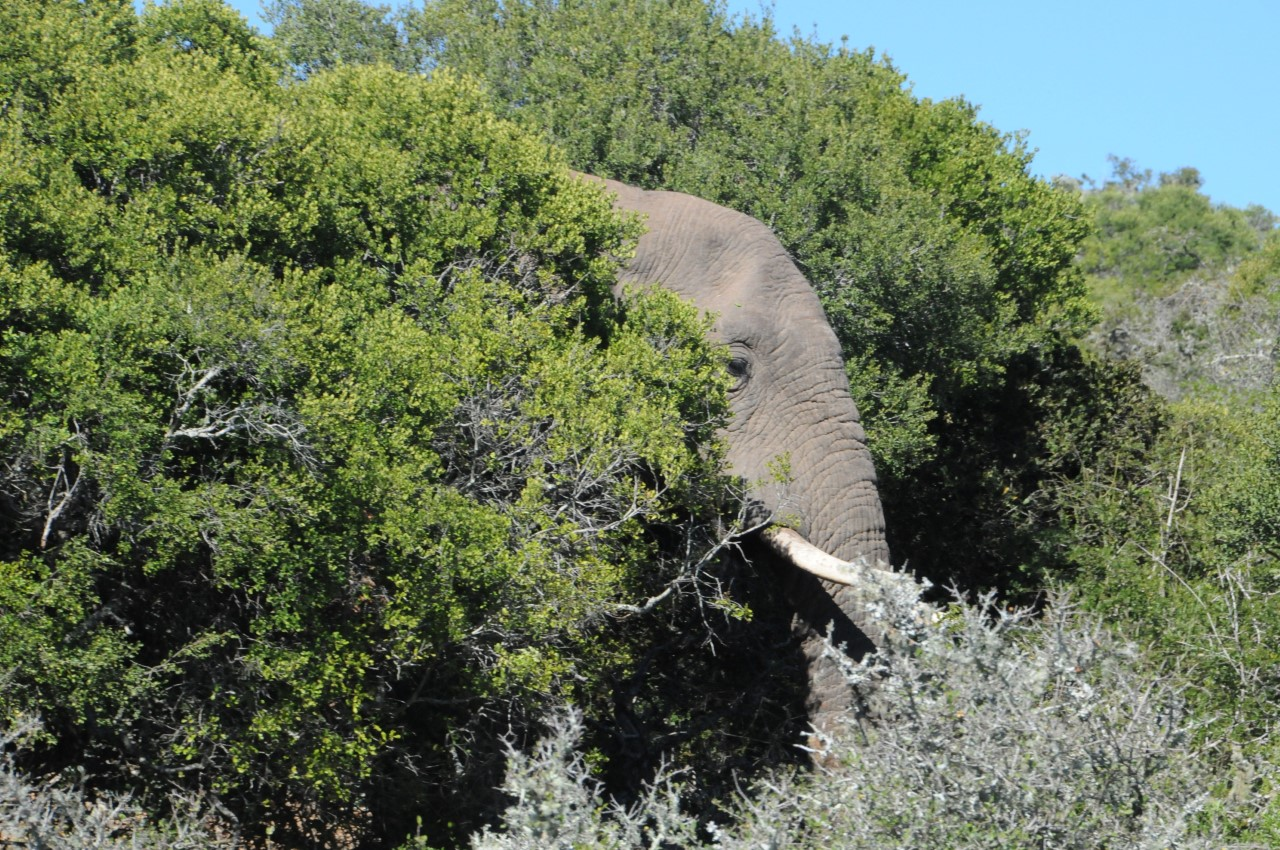 Prompted by my post on a grieving pig, Mark McCauley sent in a photo that is said to also show grieving animals (Texas longhorns). His words are indented:

I saw the entry about  the grieving pig.

My sister and her husband left Dallas and moved to East Texas to live in the country where they have some livestock. A few days ago one of their cows had a stillborn calf. She wrote:

When the mom cried out they all charged to her side. They were sniffing the calf and kissing the mom repeatedly. When Michael moved the calf to be buried they all came down to the graveside.Here they are still standing where the calf was born. They were all kissing the mother. We had taken the calf to the burial spot. We just stood and waited until they finished mourning. After paying their respects, they left trailing one behind the other very solemnly. It was so sad. 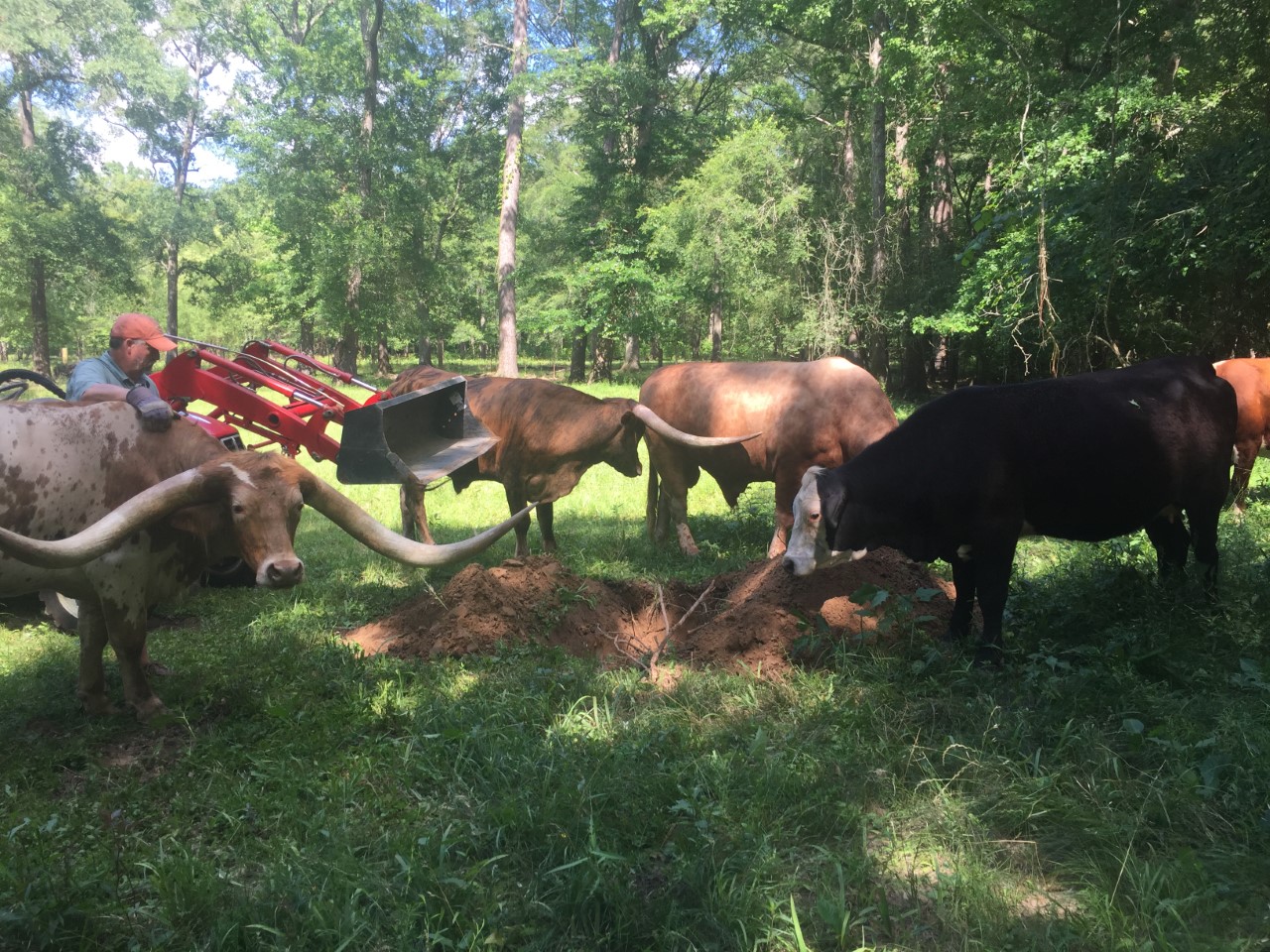