The tank is still low, so please send in your good wildlife photos.

Our contributor today is Doug Hayes from Virginia, and his IDs and captions are indented. The title is “The breakfast crew: Part 4.”

More indoor bird watching photos from Richmond, Virginia. All the photos were shot from my bathroom window. I usually start my bird watching around 6 in the morning and check back at various times during the day.

Female Red-bellied woodpecker (Melanerpes carolinus). I’m pretty sure this is the mate of the male that regularly visits our yard. Usually the male arrives early in the morning  and the female comes by a bit later. I’ve never seen the two visit the feeders together. 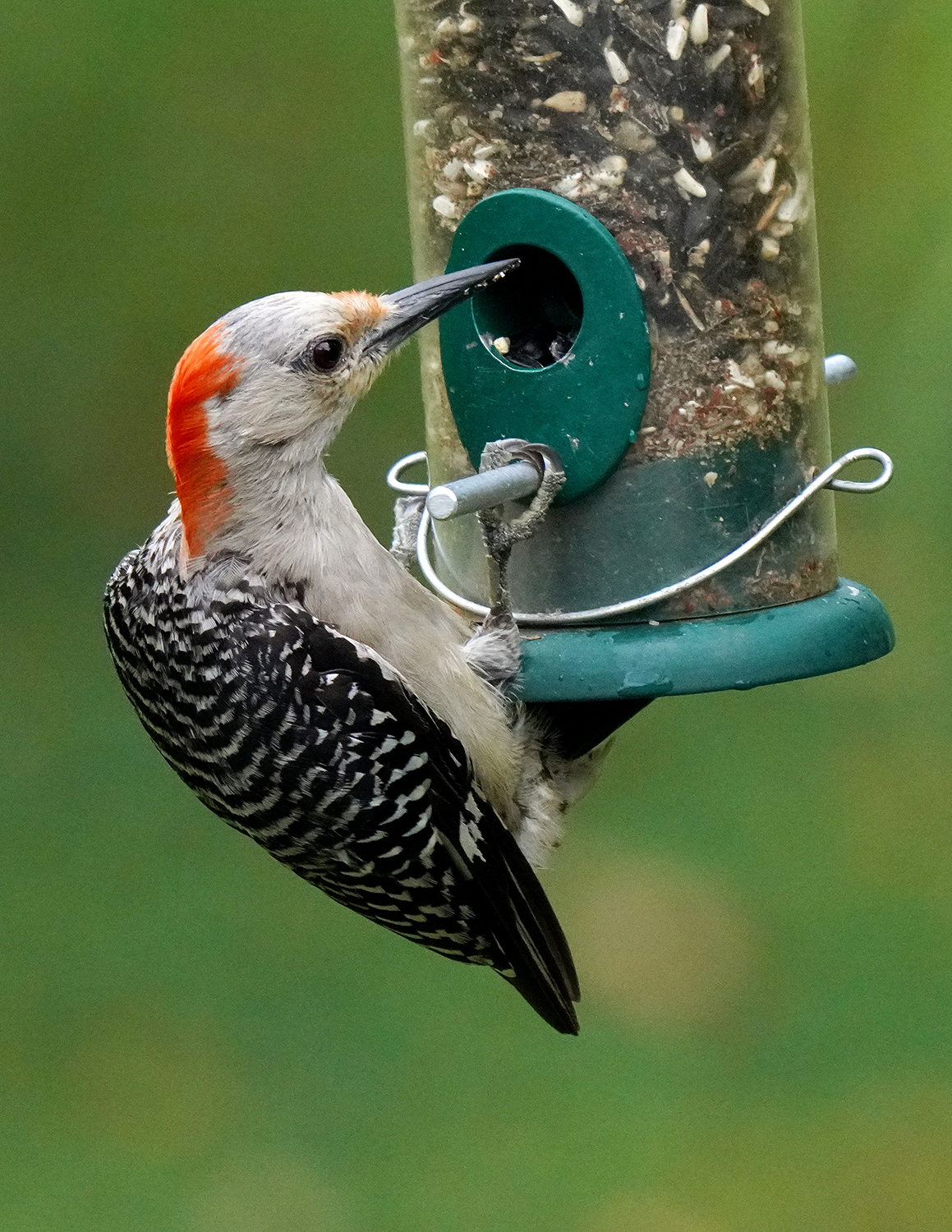 As usual, the male Red-bellied woodpecker (Melanerpes carolinus) came by about half an hour after the female. 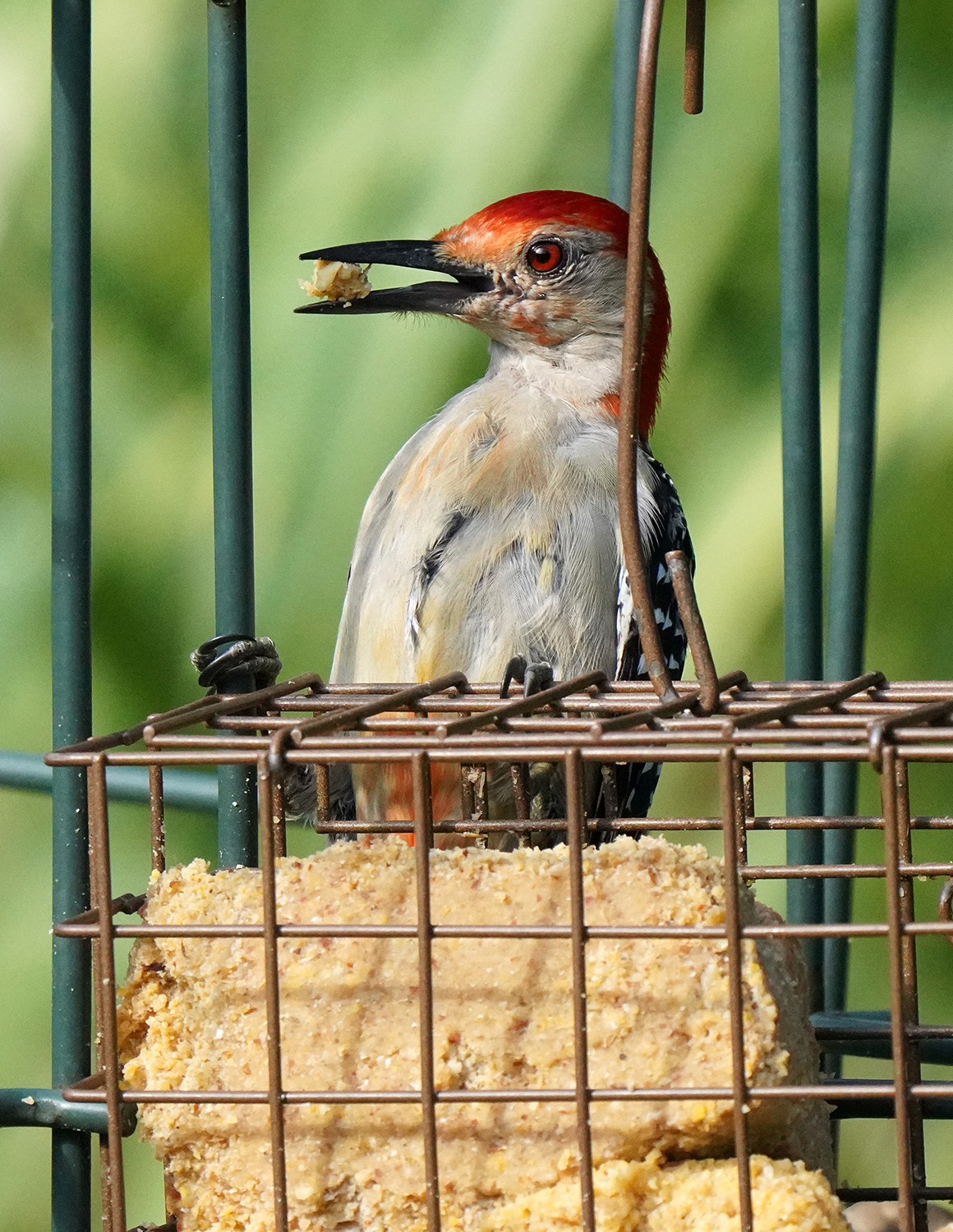 To my surprise, this juvenile Red bellied woodpecker (Melanerpes carolinus) arrived a few minutes after the male. I believe it is the offspring of the mated pair. I first saw this one a couple of weeks ago, but it did not linger long enough for me to get a positive identification of it at the time. Juvenile Red-bellied woodpeckers don’t have the red head feathers of the adults. 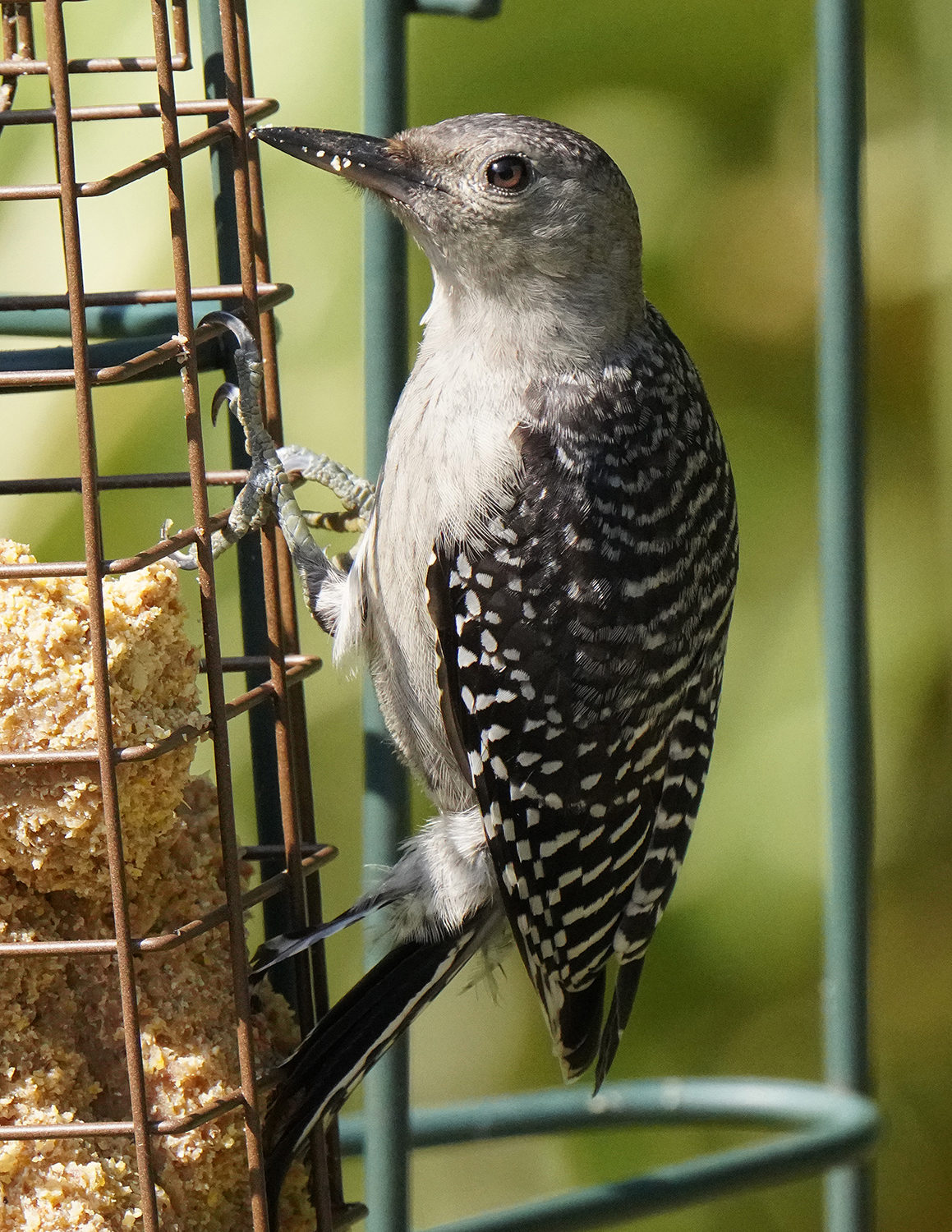 A pair of juvenile European starlings (Sturnus vulgaris). We are currently experiencing a population explosion among the starlings. It is not unusual to see six or more juveniles squabbling over suet and bird seed, followed by several adults. 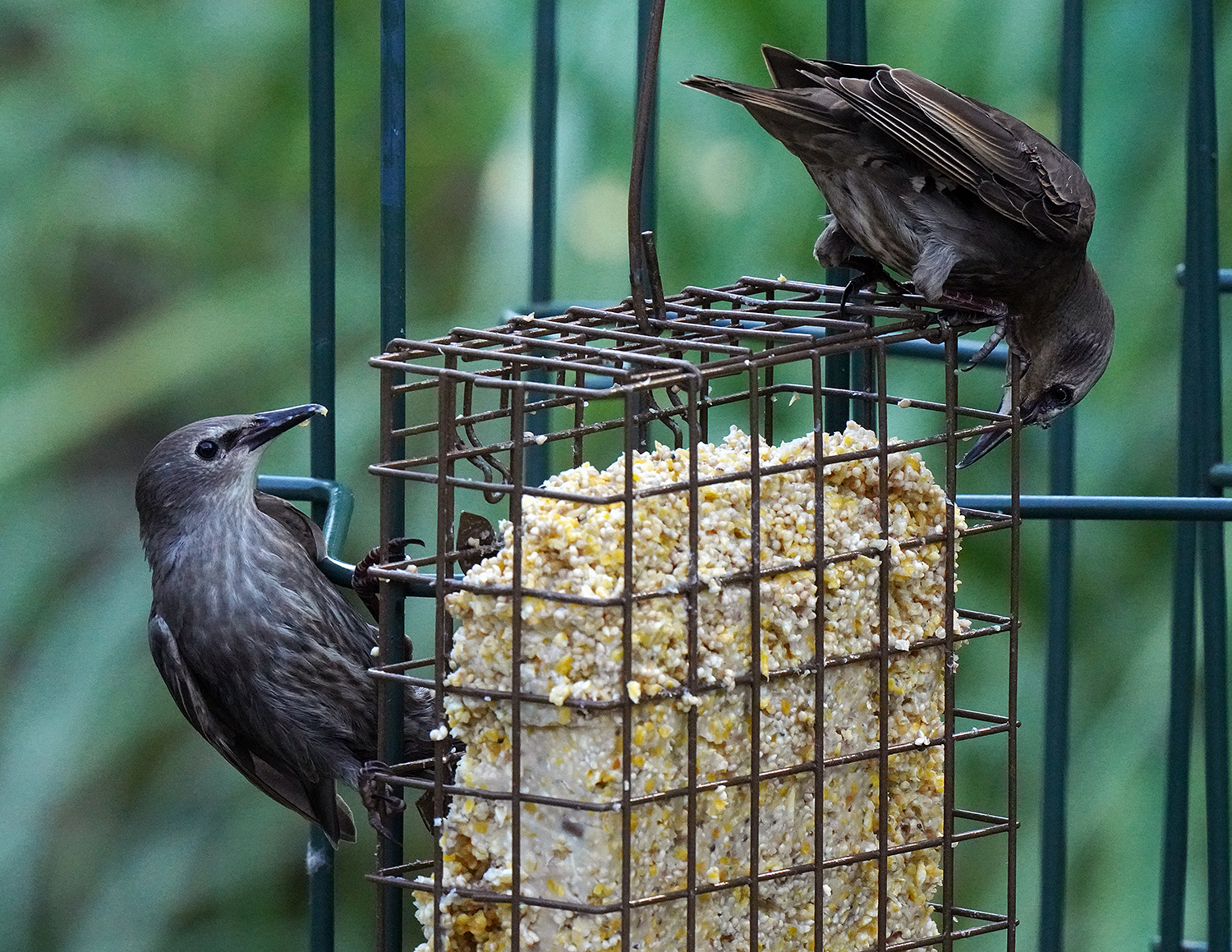 House sparrows (Passer domesticus) gather by the dozen some mornings, raiding the seed feeders and the suet blocks. 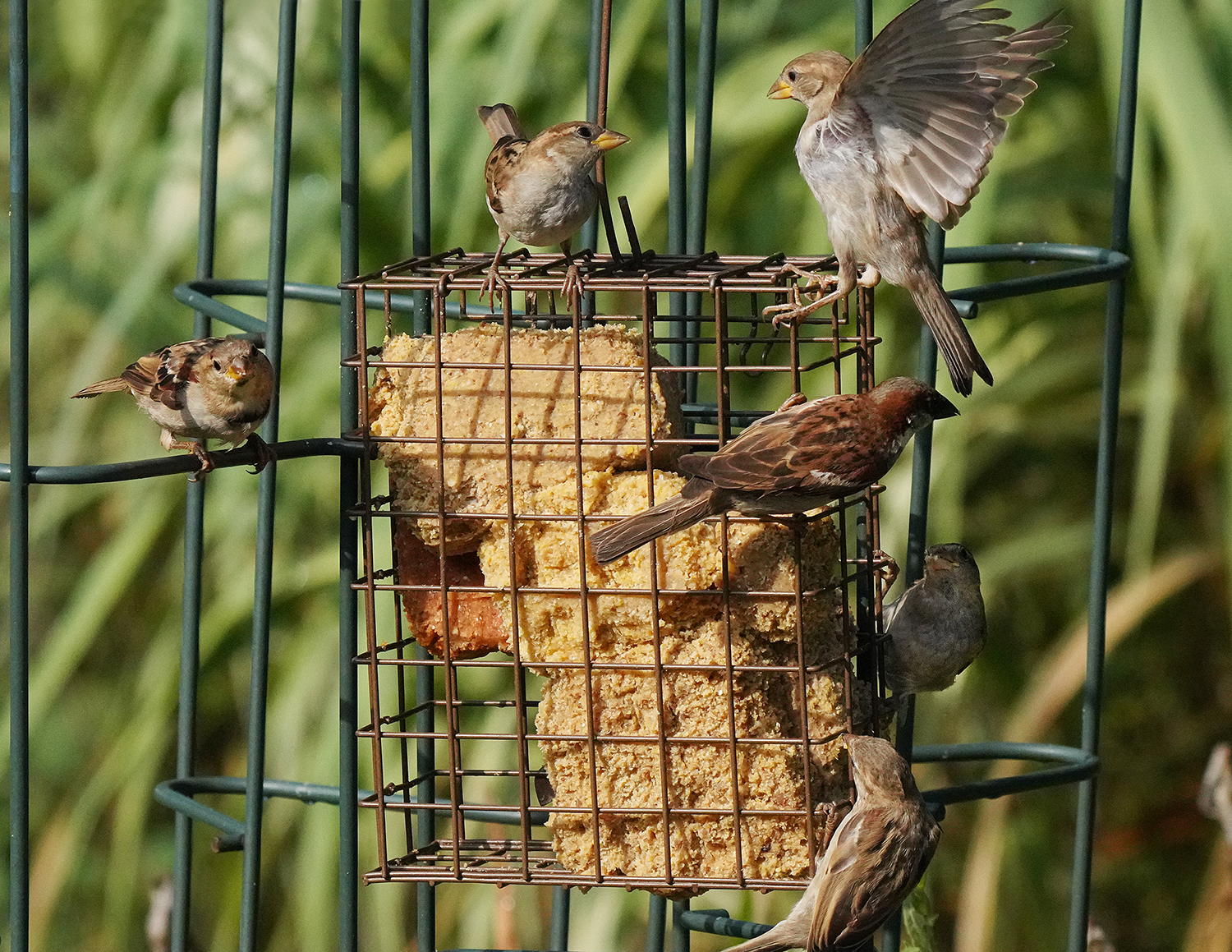 A Brown thrasher (Toxostoma rufum) having some suet. I have been seeing more and more of these birds. They tend to stay in the bushes and shrubs at the far end of the yard, then make their way to the feeders. 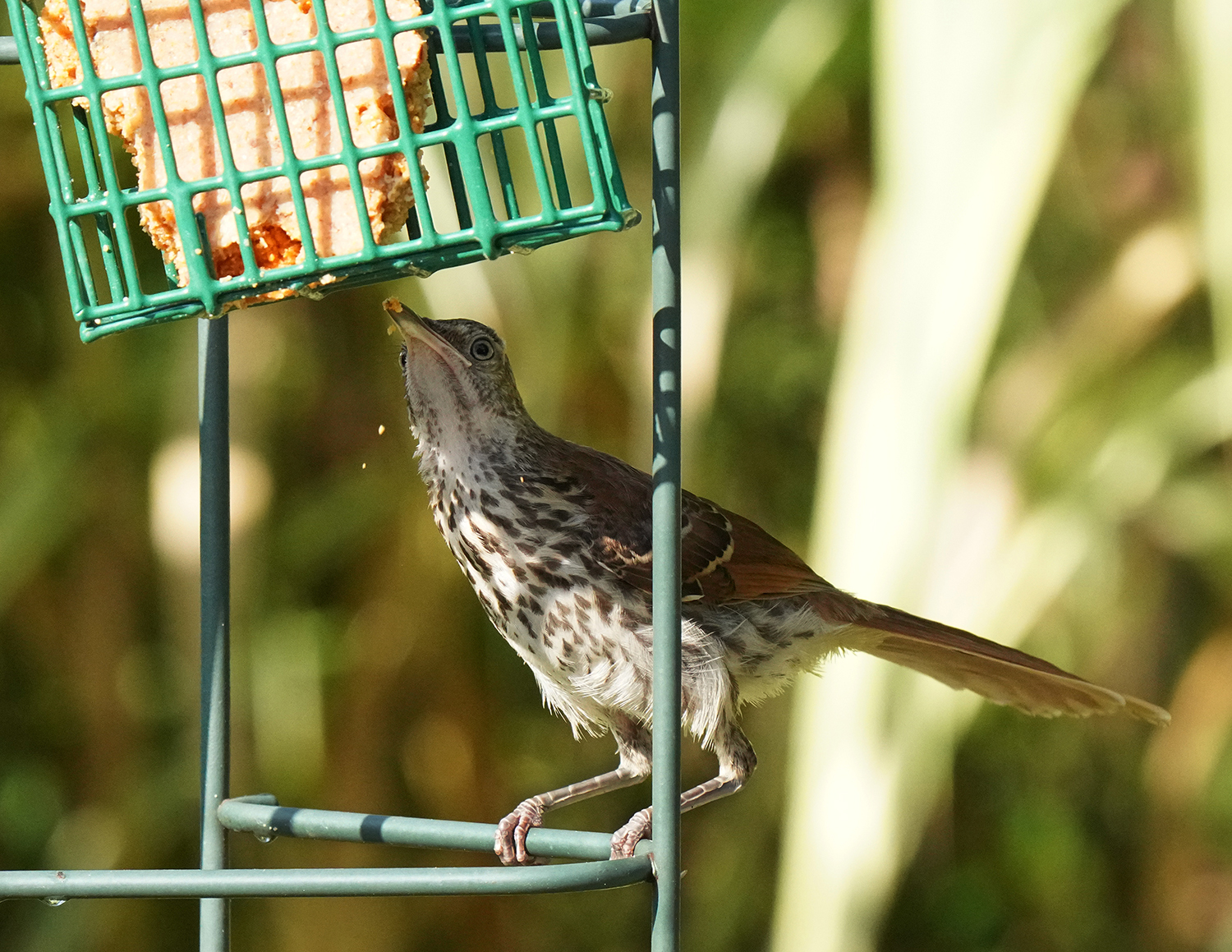 The Gray catbirds (Dumetella carolinensis) are making a return to the yard after having been driven off earlier in the summer by the nesting Cardinals. Now that the Cardinal babies are on their own, the adults don’t seem to be as concerned about the catbirds moving into their territory. 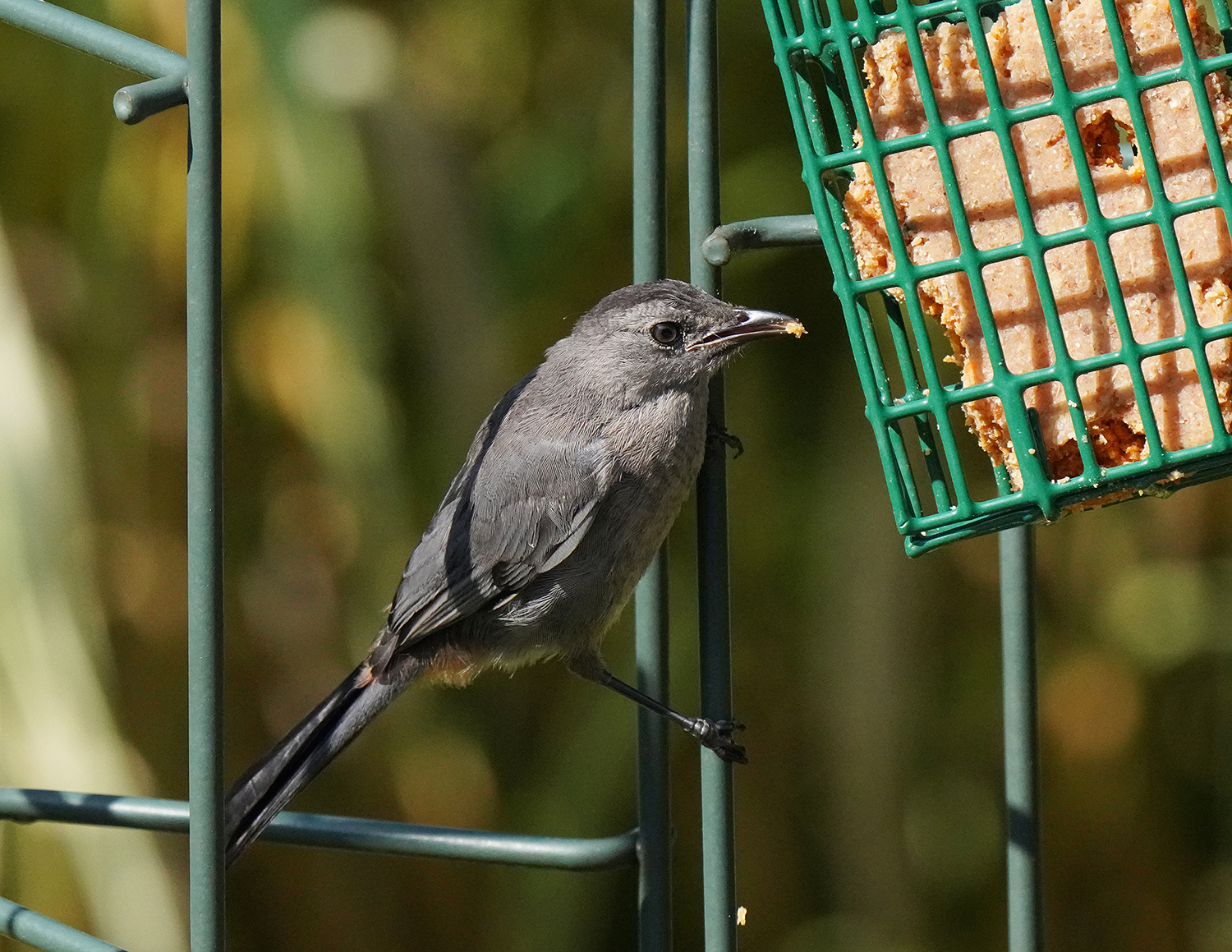 This Carolina wren (Thryothorus ludovicianus) was in one of the plant beds scavenging bits of suet dropped by the other birds. Every so often, he would pop up to keep an eye on me. 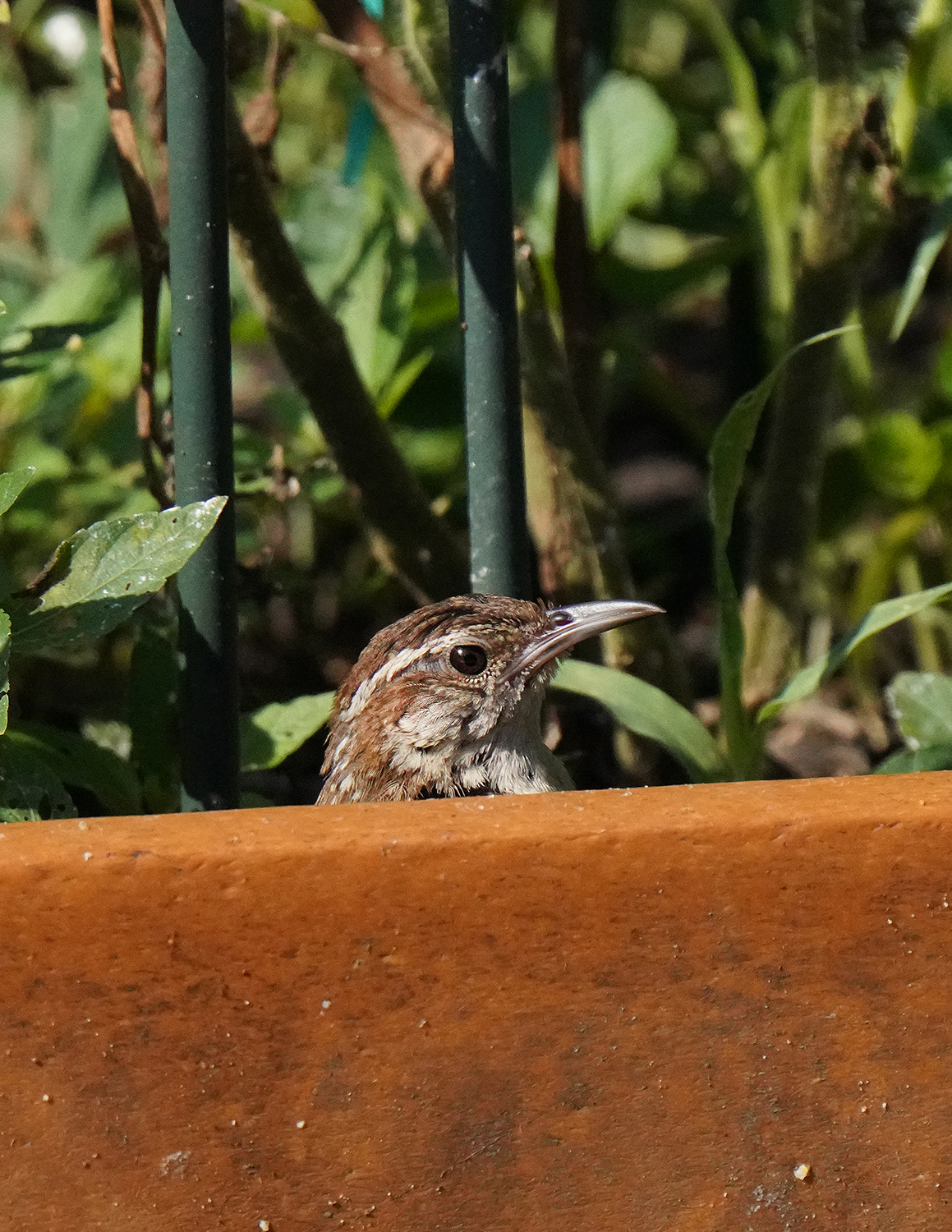 The Eastern cottontail rabbit (Sylvilagus floridanus) made its way to the center of the yard this week after staying mostly to the far side or in the shrubs and bushes around the edges for the past few weeks. 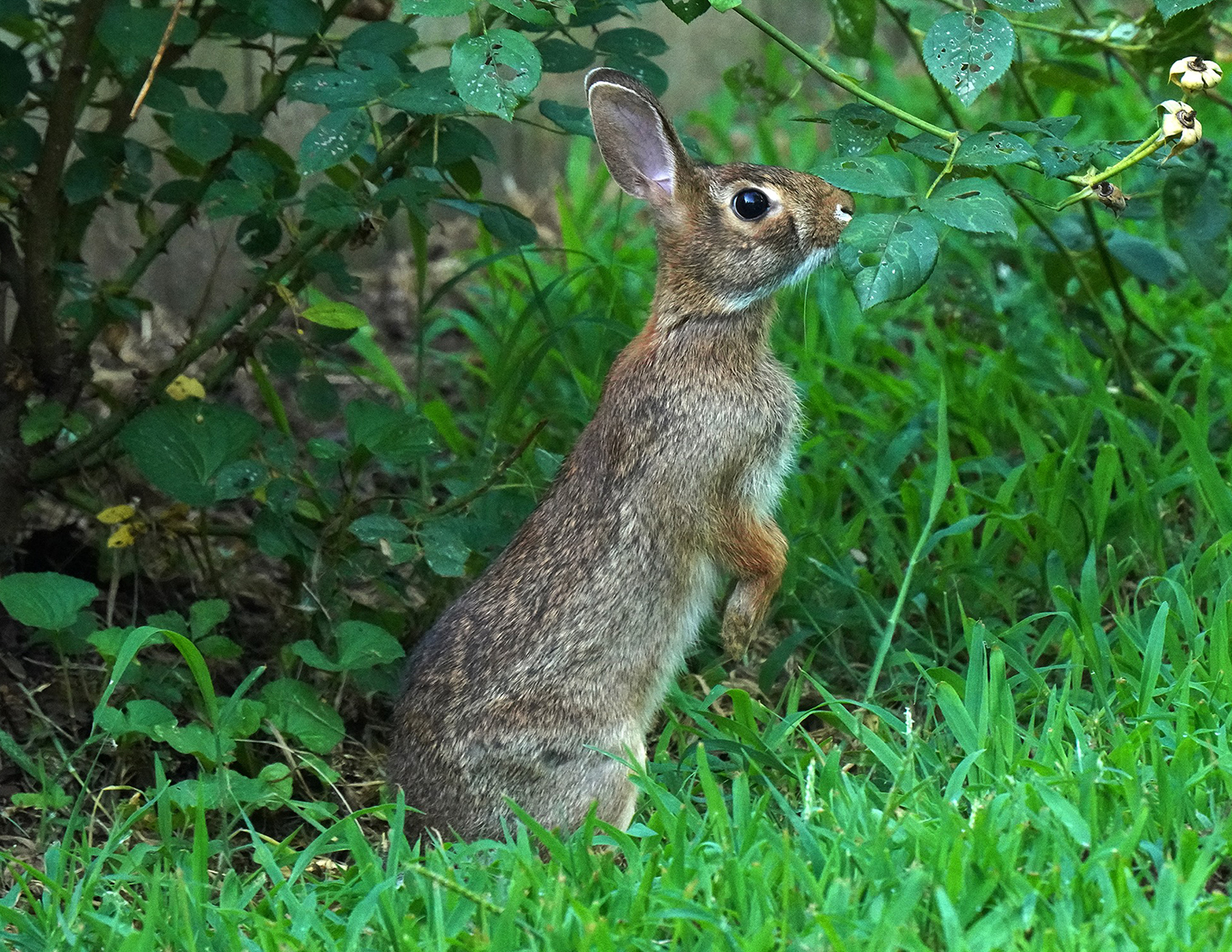 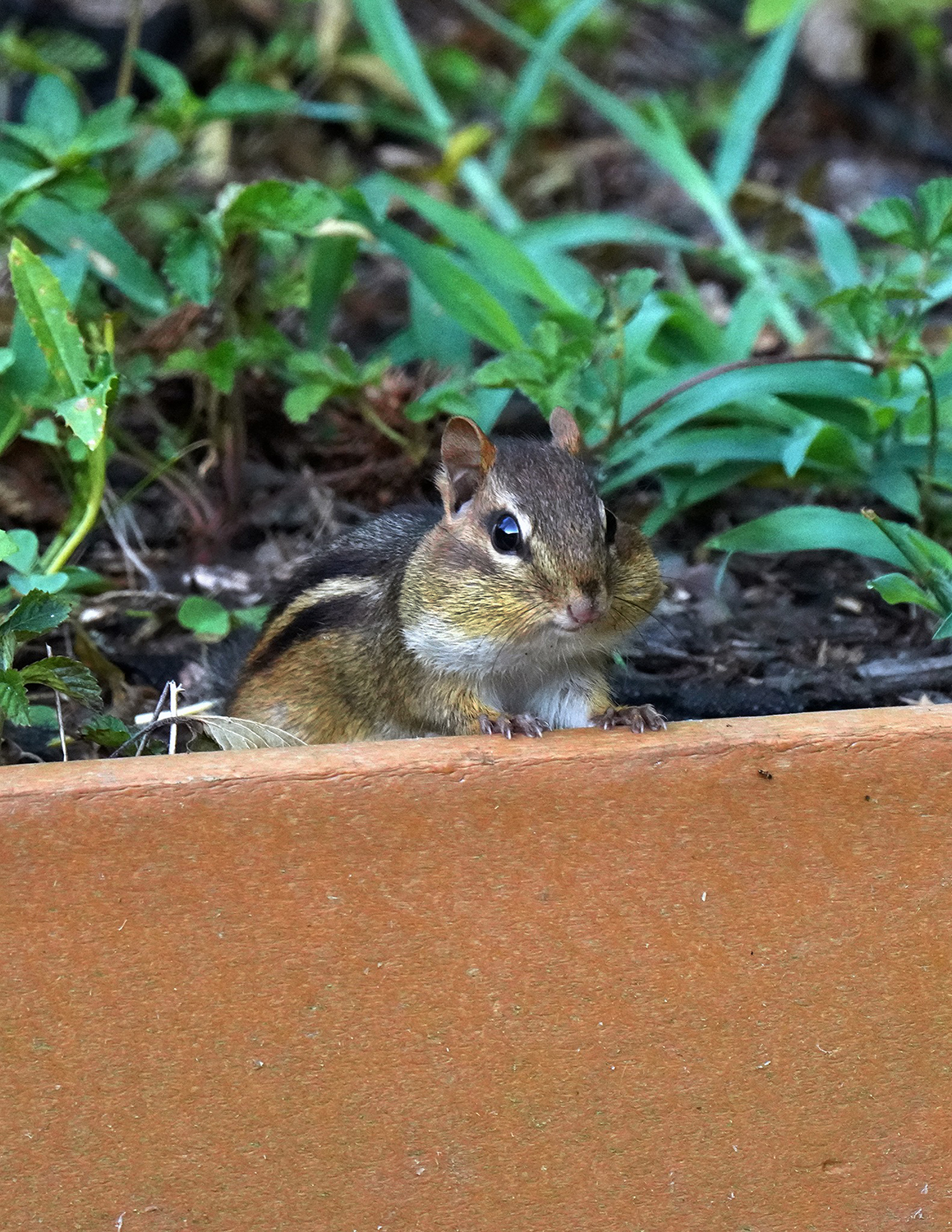