In one way things haven’t changed since the Middle Ages: the onset of a pandemic leads people to search for a greater meaning, usually involving the wrath of a god. So, for instance, the Black Death was blamed on a lack of piety (penitentes arose), the perfidy of the Jews, and so on.

Now, in America, many of us are still seeing God’s will in what’s happening. A poll by the Associated Press and the respected polling operation NORC, along with the University of Chicago Divinity School (!), shows that roughly two-thirds of Americans who believe in God think that the deity is sending us a message through the pandemic.

The poll found that 31% of Americans who believe in God feel strongly that the virus is a sign of God telling humanity to change, with the same number feeling that somewhat. Evangelical Protestants are more likely than others to believe that strongly, at 43%, compared with 28% of Catholics and mainline Protestants.

The sad tale is told in the first graph below. Note that this is not a cross section of Americans, but of believers. Yet even 42% of the “unaffiliated” (i.e., the “nones”) think that the pandemic somehow conveys a message from God. Of course born-again Protestants think that in  spades (70% of them), but even 65% of Catholics adhere to that delusion.

Note too that the message is “humanity needs to change how we are living.”  It’s not clear exactly what we’re doing wrong this time, or what we were doing wrong in 1918, but surely this is a nasty God. After all, did he have to kill 644,000 people (today’s total death toll worldwide) to convey that message? Why did he kill the children, too? And are the U.S. and Brazil particularly in need of that message? And why, in the fourteenth century, did God kill off 60% of all Europeans? After all, they were far more pious than Americans today, but yet they got an even sterner message.

The second row in the figure below shows that 73% of born-agains, compared with 52% of Catholics and only 32% of nones, think that God will protect them from being infected.

All this testifies to the power of delusion, since there’s not an iota of evidence that God engineered this pandemic. Those who assert such a thing must answer these questions: How do you know this? What are we doing wrong to anger God? And do the national disparities in death tolls comport with the message that God’s supposed to be sending? 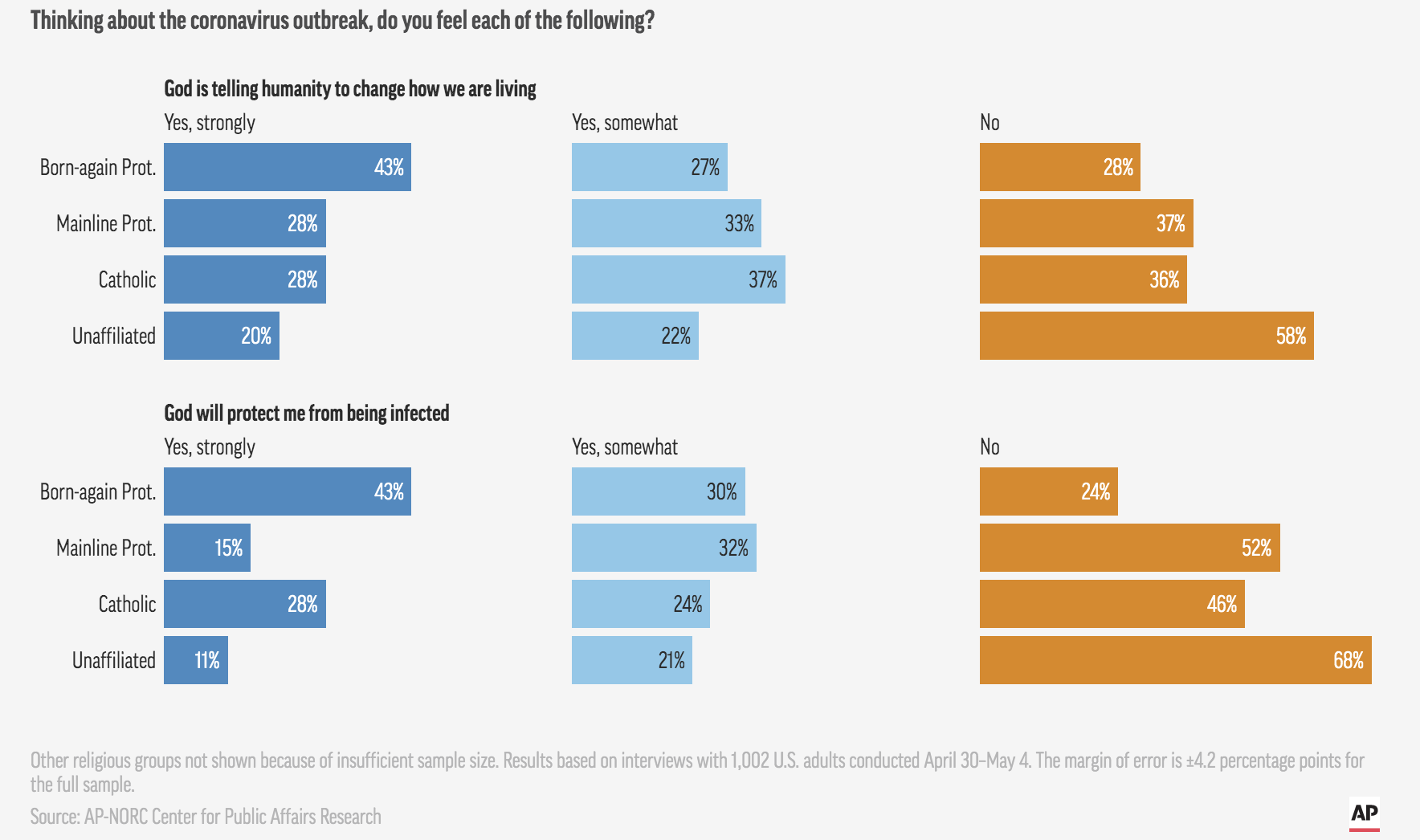 There’s a racial breakdown too, though it’s not graphed:

The question was asked of all Americans who said they believe in God, without specifying a specific faith. The survey did not have a sample size large enough to report on the opinions of religious faiths with smaller numbers of U.S. adherents, including Muslims and Jews.

In addition, black Americans were more likely than those of other racial backgrounds to say they feel the virus is a sign God wants humanity to change, regardless of education, income or gender. Forty-seven percent say they feel that strongly, compared with 37% of Latino and 27% of white Americans.

An explanation from the Sophisticated Theologians®:

David Emmanuel Goatley, a professor at Duke University’s divinity school who was not involved with the survey, said religious black Americans’ view of godly protection could convey “confidence or hope that God is able to provide — that does not relinquish personal responsibility, but it says God is able.”

Goatley, who directs the school’s Office of Black Church Studies, noted a potential distinction between how religious black Americans and religious white Americans might see their protective relationship with God.

Within black Christian theology is a sense of connection to the divine in which “God is personally engaged and God is present,” he said. That belief, he added, is “different from a number of white Christians, evangelical and not, who would have a theology that’s more a private relationship with God.”

Now talk about a real delusion, have a look at the figure below. (This appears to be a sample of all Americans, not just those who believe in God, though it’s not clear.)

Think about that: a naturalistic pandemic that kills people willy-nilly, still increases people’s faith in God!

What, pray tell, would decrease their faith in God? When there’s no pandemic faith remains steady, when there is a pandemic faith grows stronger, so should we expect that when the pandemic wanes, or we get a vaccine, faith in God will decrease? No, of course not: believers will just say that God is satisfied that people will change their lives. Still, it’s up to believers who think God’s sending a message to be explicit about what that message is. After all, if you know God is sending us a message, you must also know its content. 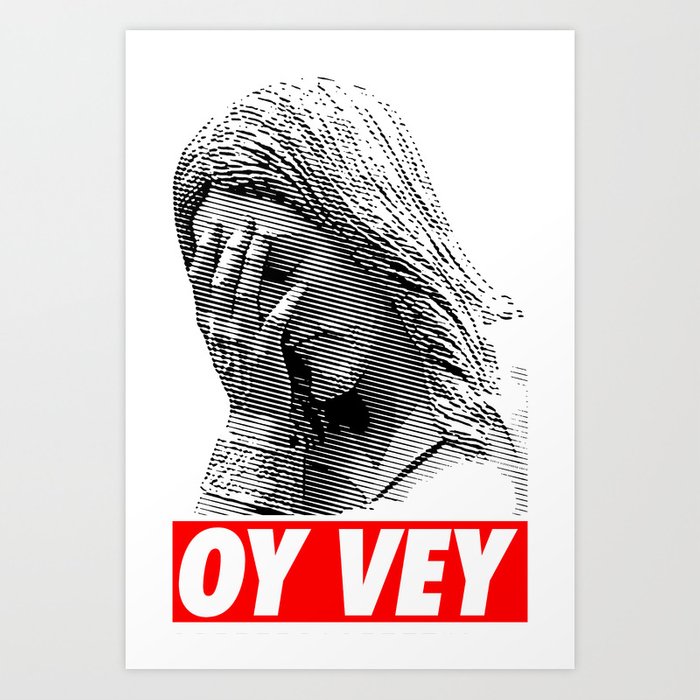 46 thoughts on “AP/NORC poll: Most religious Americans see a message from God in the coronavirus pandemic”