Evolutionist John Avise has once again favored us with a Duck O’ the Week, designed to increase our knowledge about the wonderful species seen in North America. This one has a bit of a twist. Do you know the species?

Click below the fold to see the ID, John’s duck notes, and a range map. 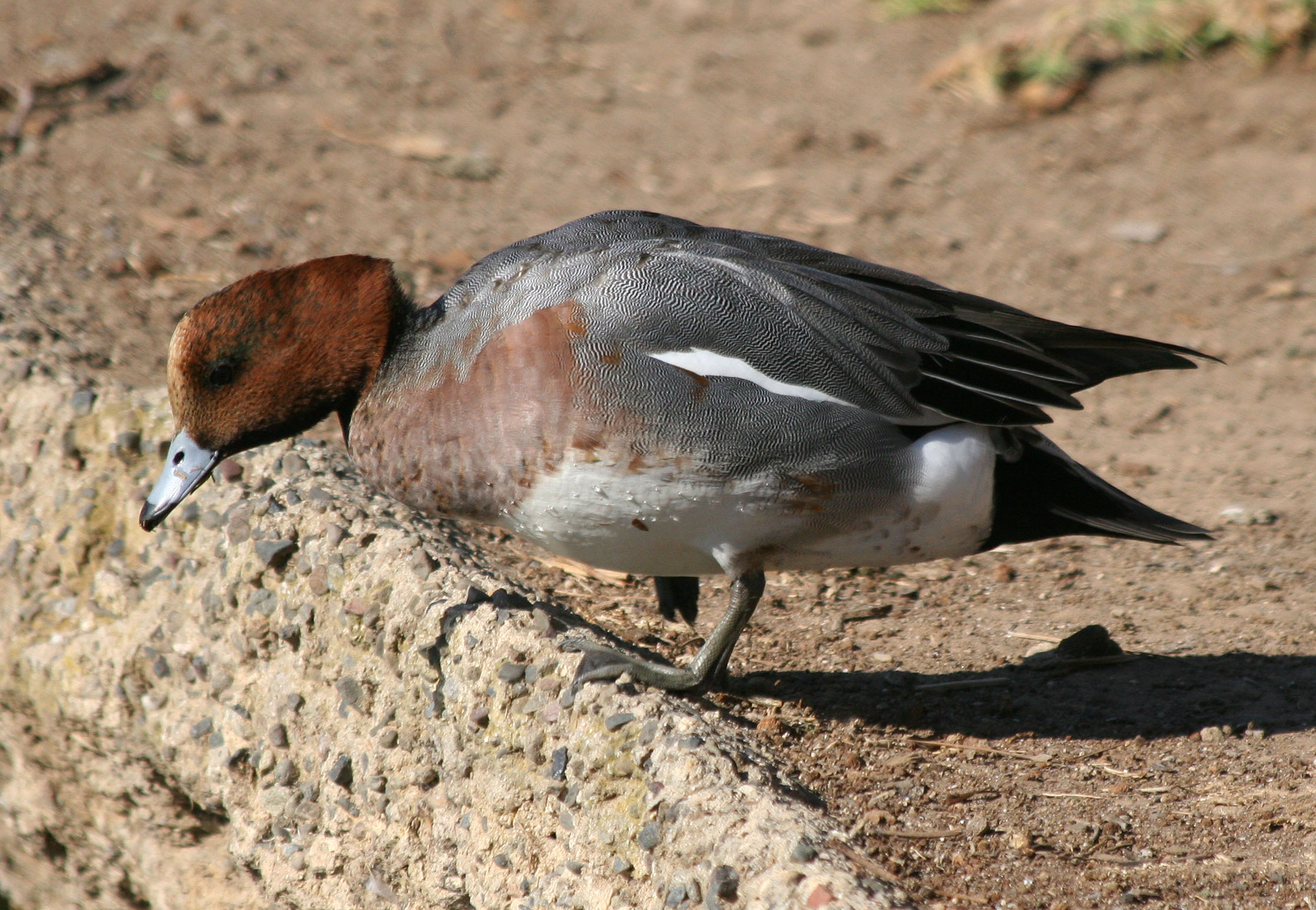 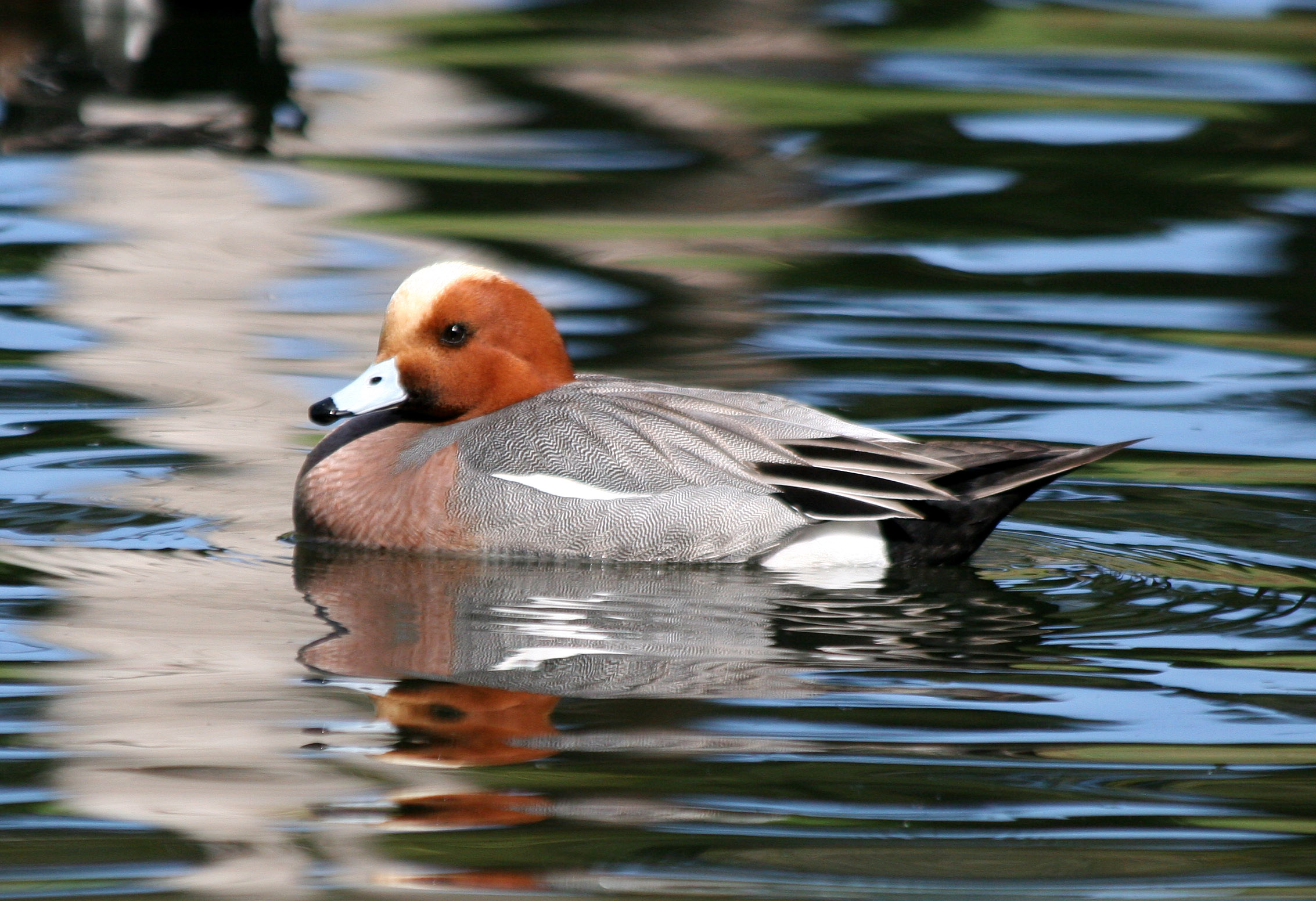 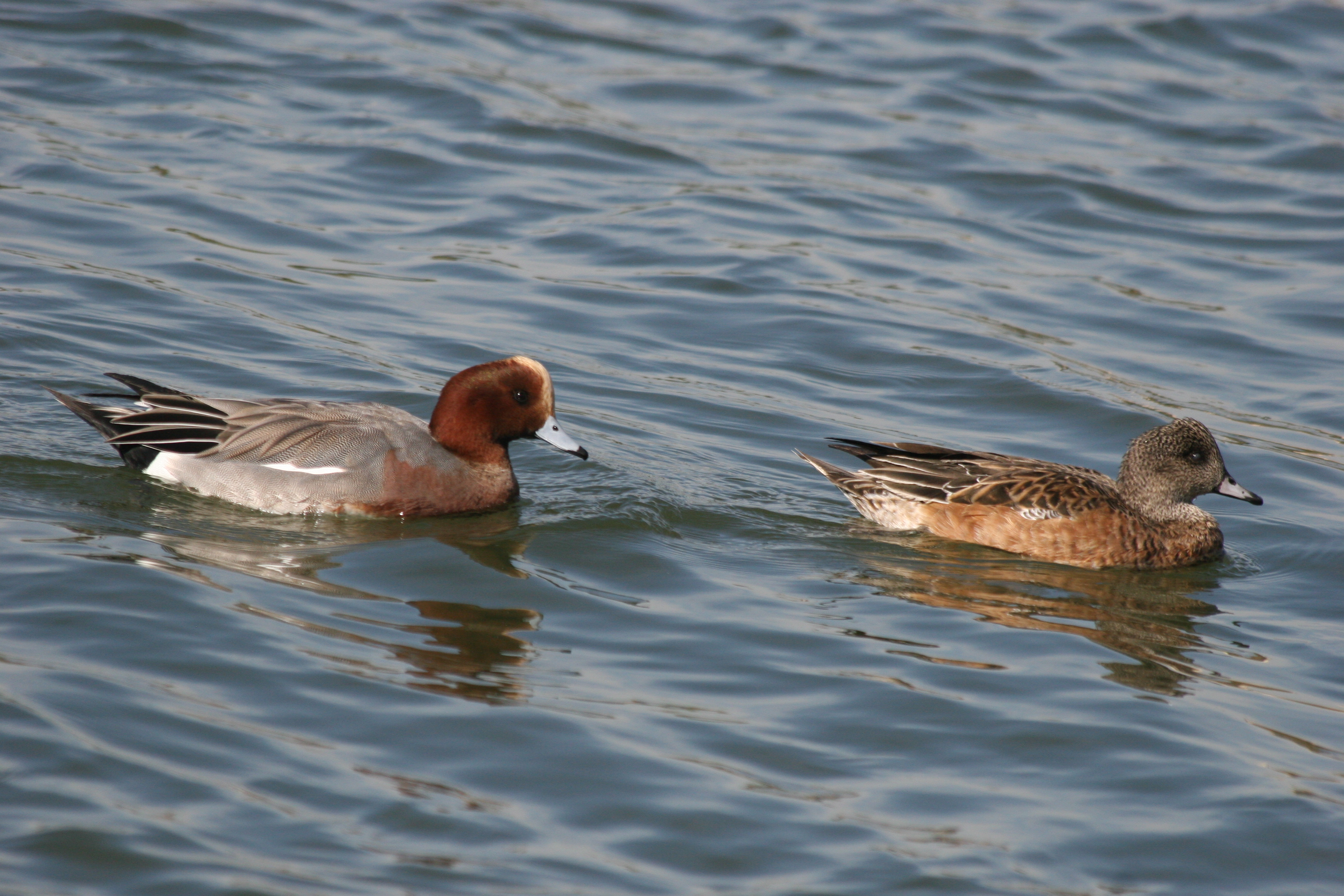 The target duck is in the foreground; the one with the iridescent green on its head is a relative. 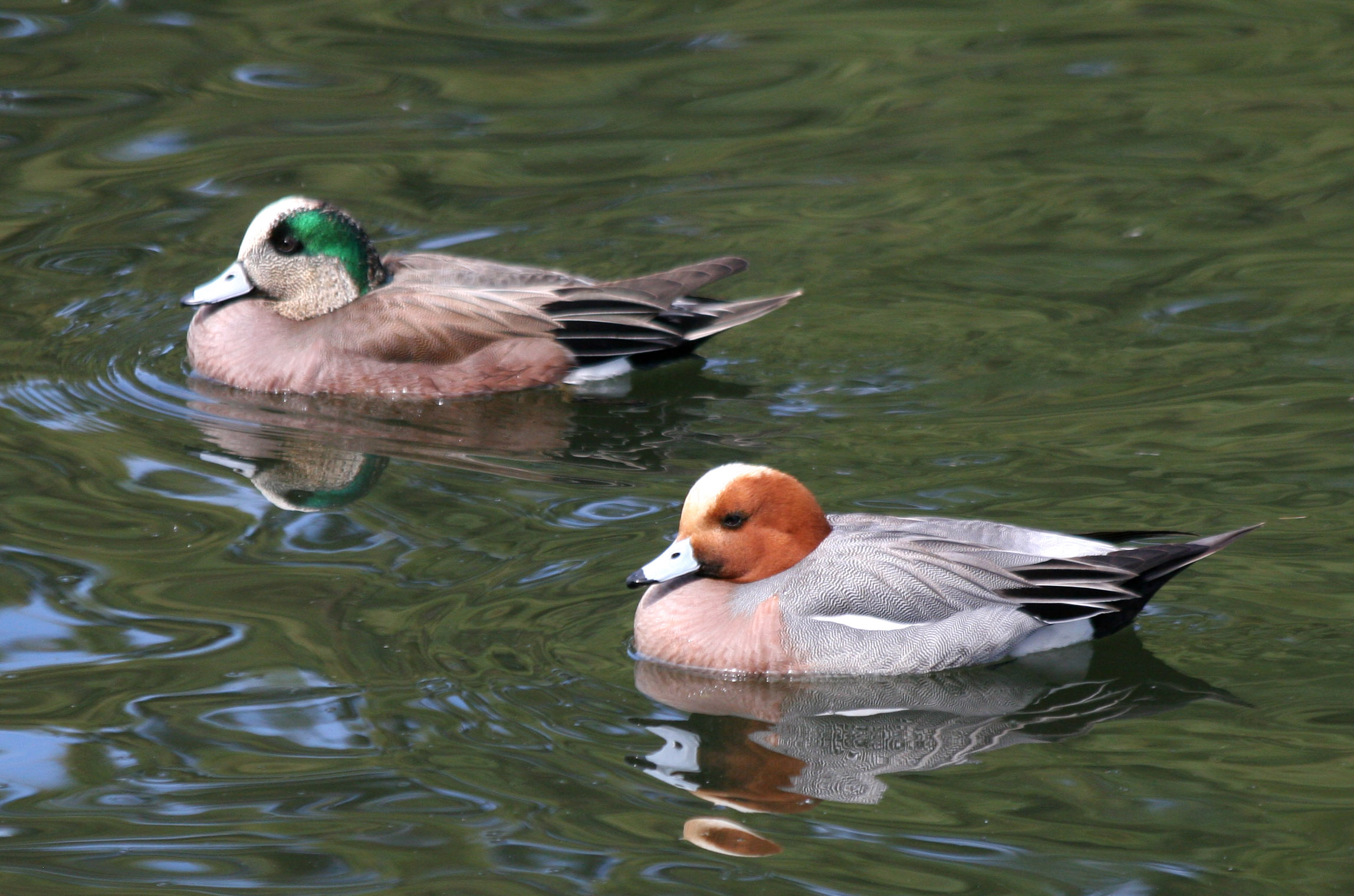 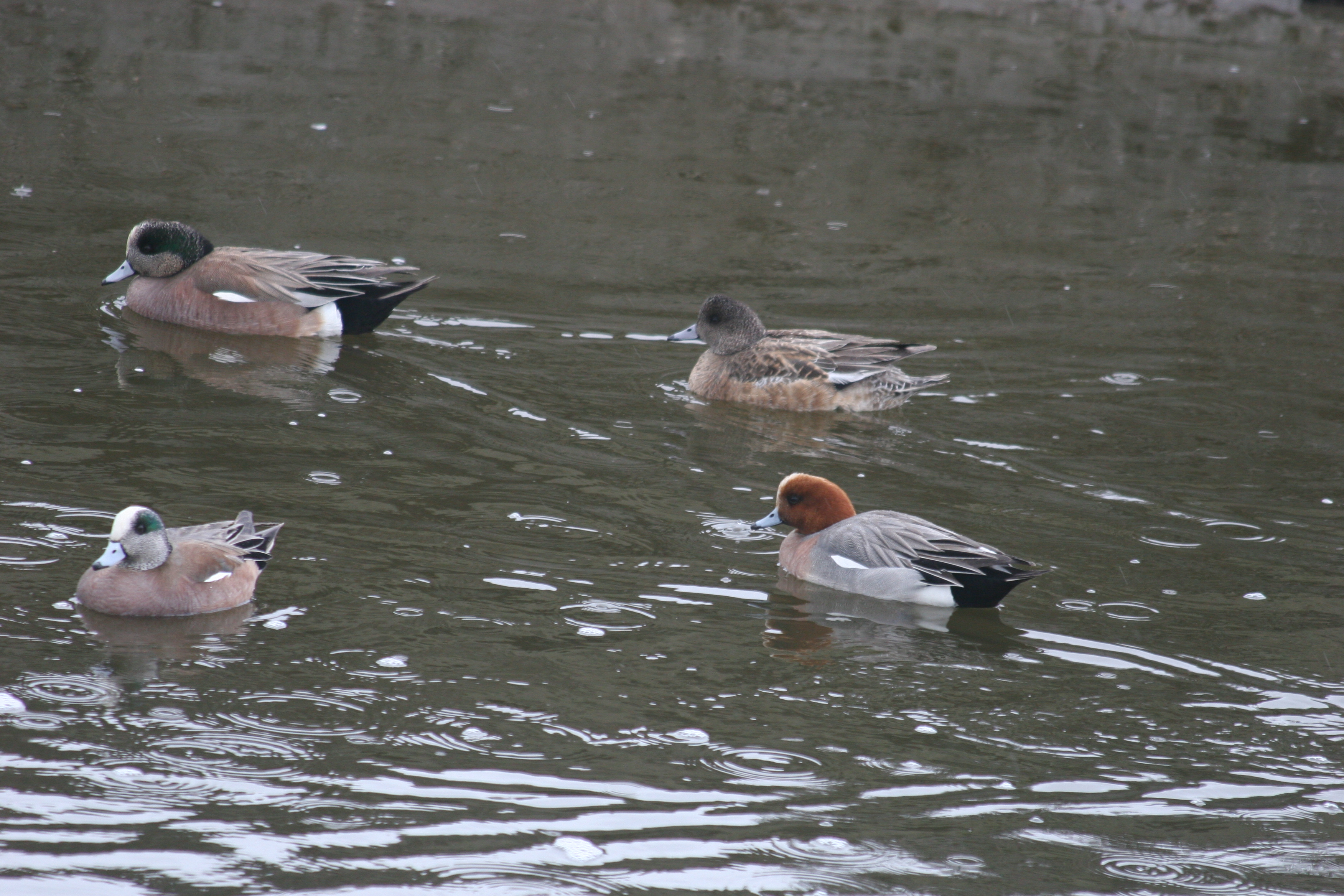 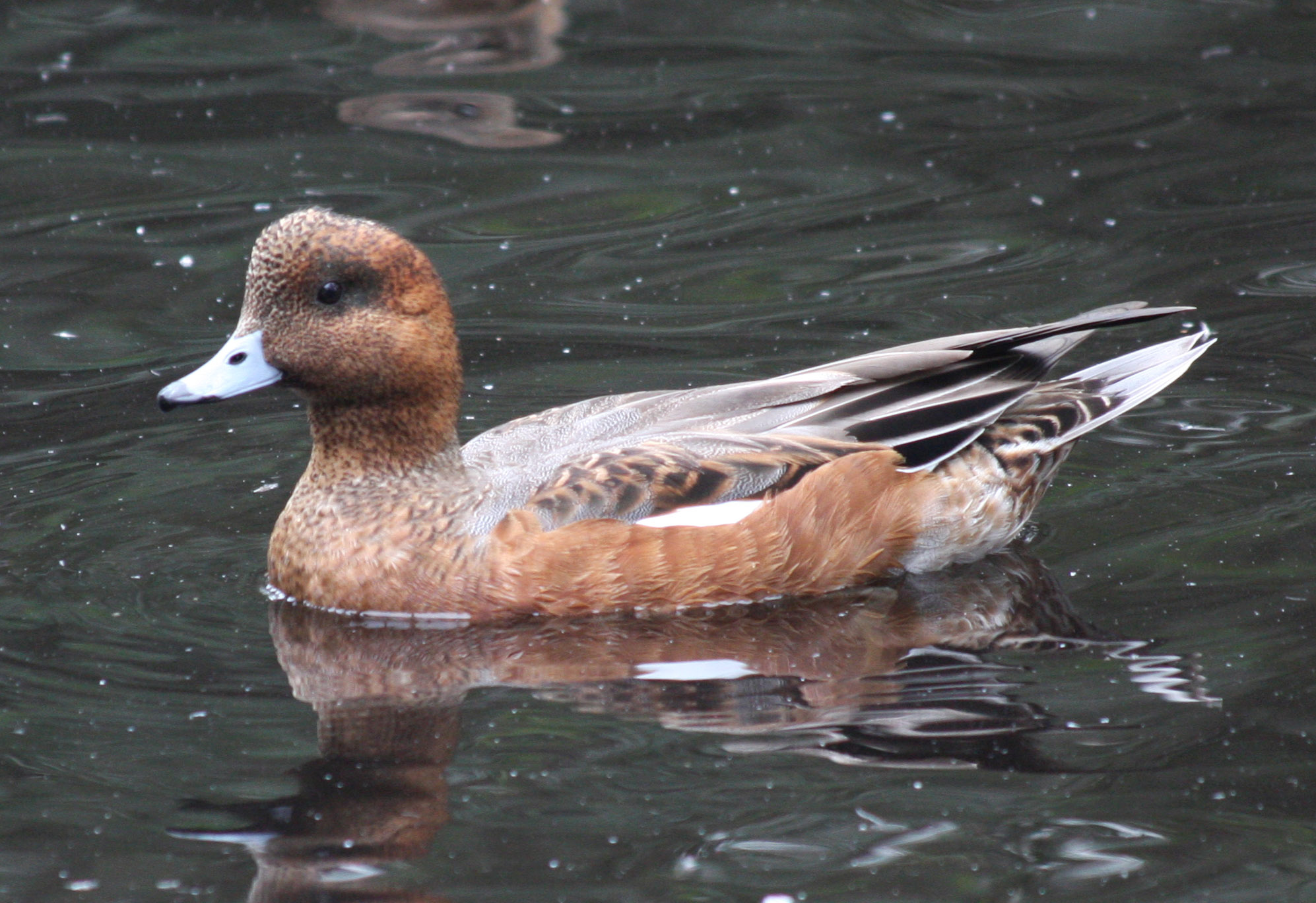 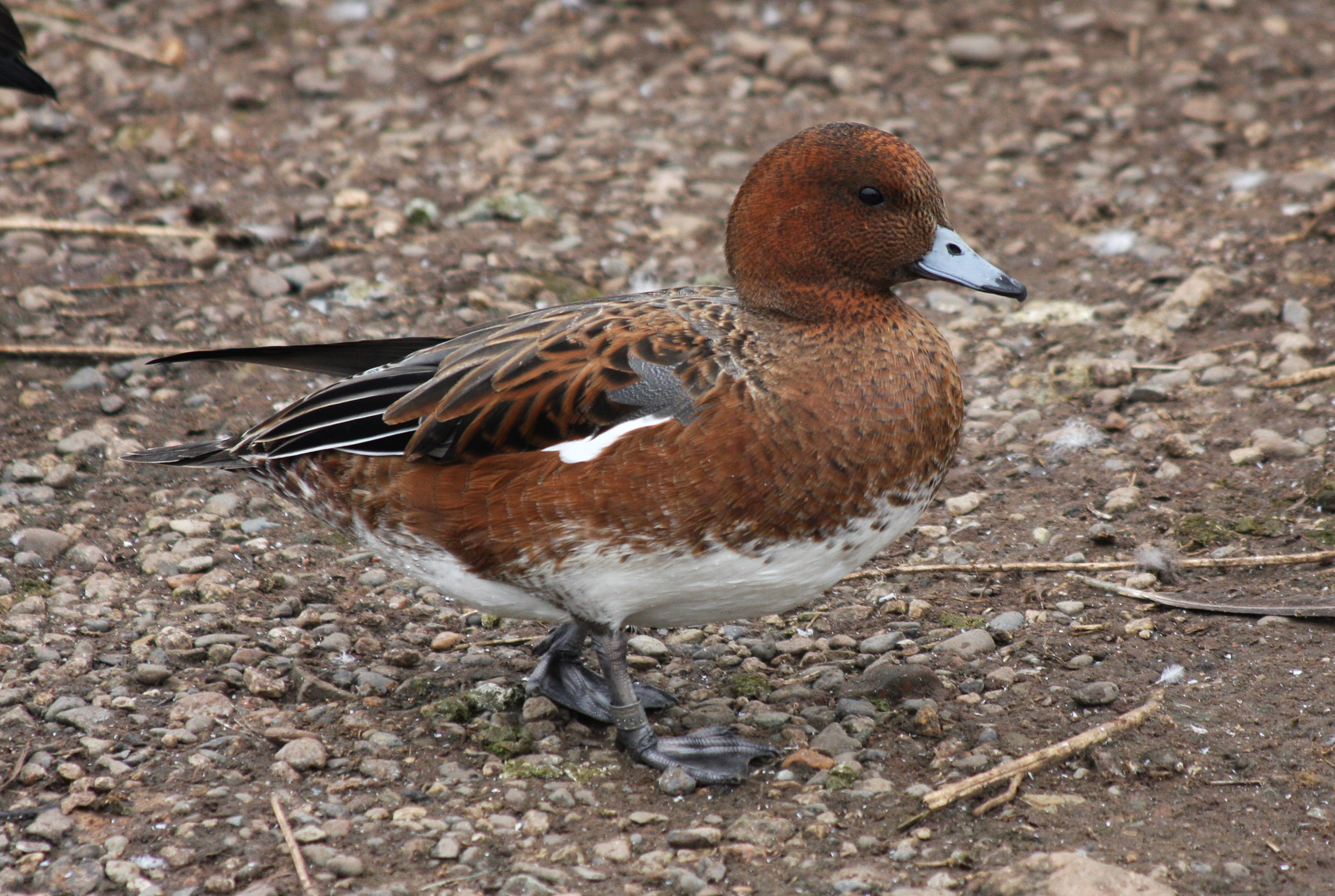 Click “read more” to get the ID and other information.

This week’s duck is not native to North America, but vagrants appear here often enough to justify inclusion in our series.  Indeed, the Cornell site that you always use has a North American range map for this species.

Although this species is native to the Old World, vagrants (probably from Siberia or Iceland) not too infrequently show up at scattered North American locales during the winter, where they typically hang out with their close cousin: the American Wigeon, Anas americana (see last Sunday’s posting).  The two Wigeon species are also known to hybridize occasionally, producing viable hybrid ducks (see the sixth photo). Hens and juveniles of these two species can be hard to distinguish, but adult drakes in breeding condition have strikingly different head plumages (see the fourth photo).  I took the first six pictures in Southern California in the winter, the seventh in Northern Ireland in the summer. 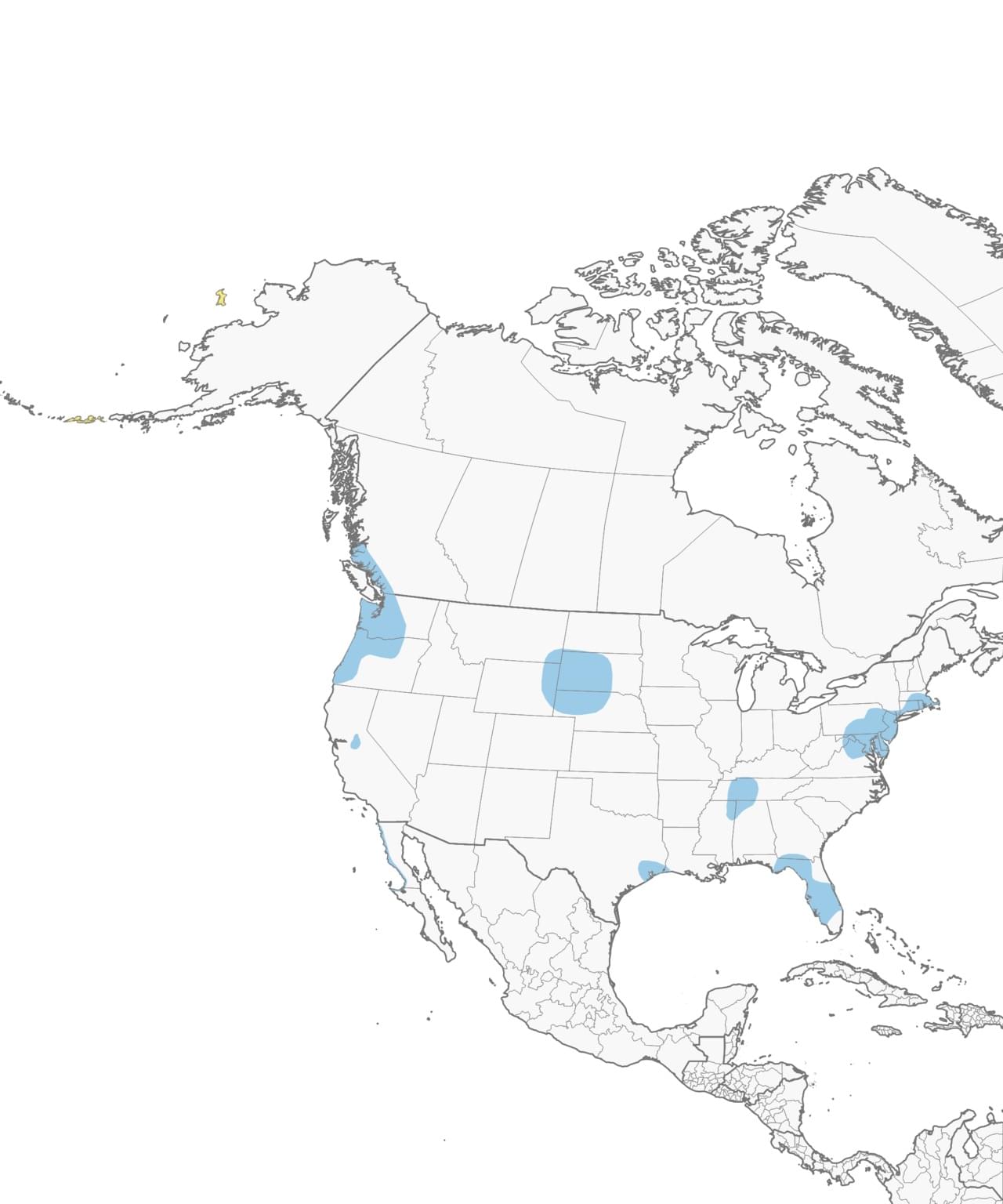